Death Of Q Actor Desmond Llewelyn Was An Eerie Coincidence

With 17 appearances, Desmond Llewelyn is the most prolific actor in the history of the James Bond franchise. His final appearance in the franchise in 1999’s The World is Not Enough hinted that the actor (by then aged 85) was poised to finally retire from his signature role.

Tragically, Llewelyn’s potential retirement was made all-too final when, mere weeks after The World is Not Enough opened, he was killed in a car accident. The seasoned actor’s untimely passing left fans heartbroken and lent an even greater emotional weight to his final scene opposite Pierce Brosnan‘s Bond. 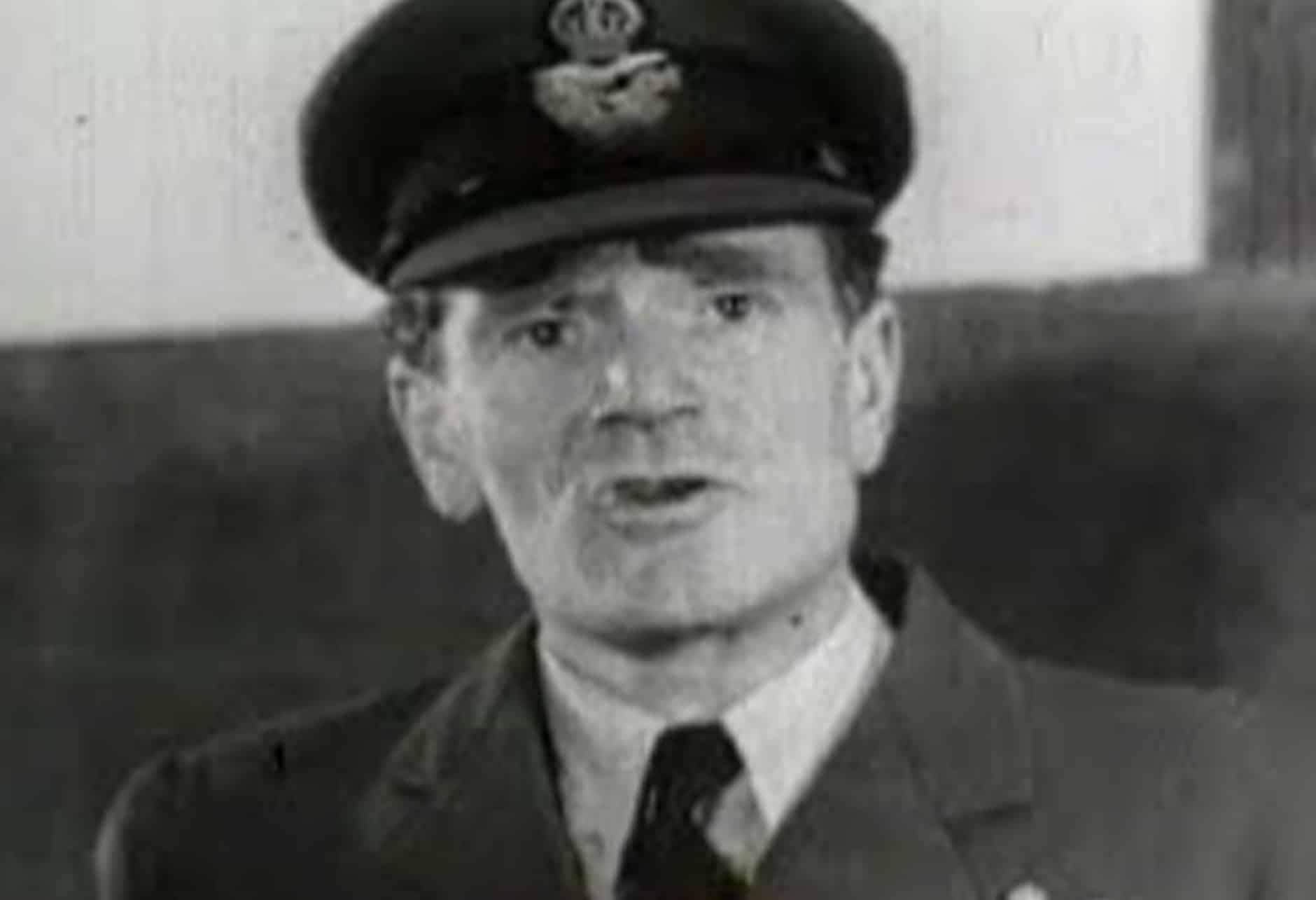 Desmond Llewelyn was born in Newport, Wales on 12th September 1914. Starting out on the stage, he studied at the Royal Academy of Dramatic Arts and took his first roles in the 1930s. His acting career was put to one side, however, when the Second World War broke out.

Serving in the British Army, Llewelyn reached the rank of Second Lieutenant. Sadly, he was captured by the German Army in 1940 and spent five years as a prisoner of war – although his son Ivor Llewelyn has denied claims his father was ever held in the infamous Colditz Castle.

On returning to Britain after the war ended, Llewelyn wasted little time getting back to work. He clocked up a staggering 66 screen credits between 1946 and 1963, including roles in The Lavender Hill Mob and Cleopatra, before landing what seemed to be a minor bit part in From Russia with Love, the second film to star Sean Connery as James Bond. 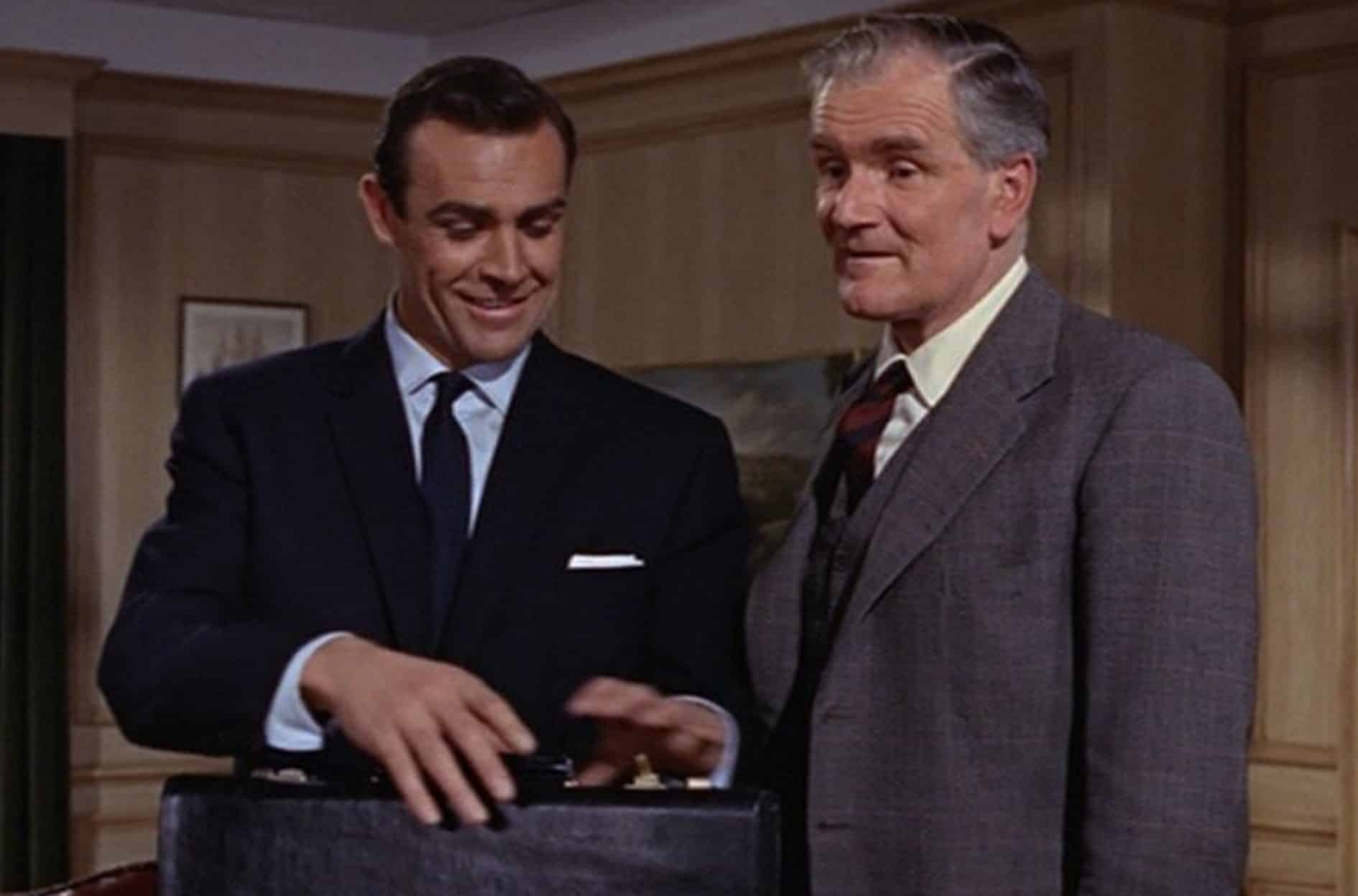 As Llewelyn is so closely associated with Q, it’s easy to forget that he wasn’t the first actor to play the role – not to mention that the character wasn’t even known as Q to begin with. Originally the role of 007’s quartermaster was known as Major Boothroyd (named after Geoffrey Boothroyd, a real-life weapons expert who advised Bond author Ian Fleming). This role was taken by Peter Burton in the first Bond film Dr. No, but as Burton was unavailable when From Russia with Love was shot, Llewelyn was hired in his stead.

Gadgetry came to the forefront as the Bond films progressed (particularly following the introduction of the heavily armed Aston Martin DB5 in third entry Goldfinger), so scenes featuring Q equipping 007 with all-new gadgets became a staple of the series. Llewelyn became known for his recurring lament, “pay attention, 007”, as well as his impassioned pleas for Bond to return his equipment “in full working order.” 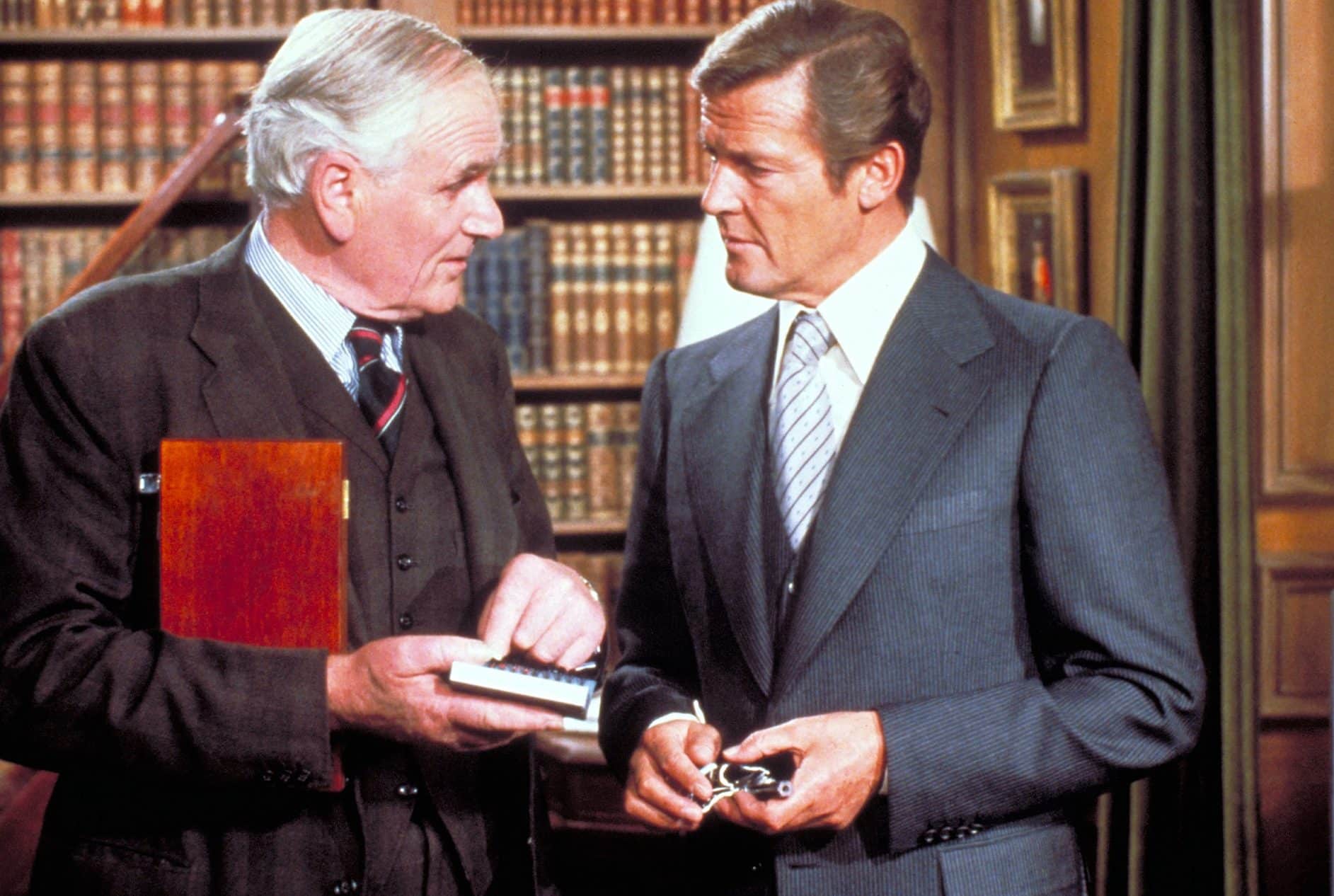 Aside from Dr. No, Llewelyn missed only one other film in the early years of Bond: Roger Moore’s debut, 1973’s Live and Let Die. Llewelyn’s absence was primarily due to a scheduling clash, as the actor was committed to another project, TV series Follyfoot. It is also said that producers Albert Broccoli and Harry Saltzman sidelined Q as they were worried the larger-than-life gadgets were overshadowing the franchise.

This mindset did not stick, of course. Fans were disappointed by the absence of Llewelyn’s Q, and the actor was promptly brought back for Moore’s sophomore effort The Man with the Golden Gun. Moreover, the Bond movies of the 70s saw the gadgets grow ever more prominent and outlandish, ranging from the celebrated submersible Lotus Esprit of The Spy Who Loved Me to the more bizarre hovercraft gondola of Moonraker.

Outside of the changing leading man, the first major shake-up to the Bond film family came with the untimely death of Bernard Lee in 1981. As shooting was already underway on For Your Eyes Only, M was left out of that film: Robert Brown was introduced as Lee’s successor in 1983’s Octopussy, later followed by Judi Dench on GoldenEye. 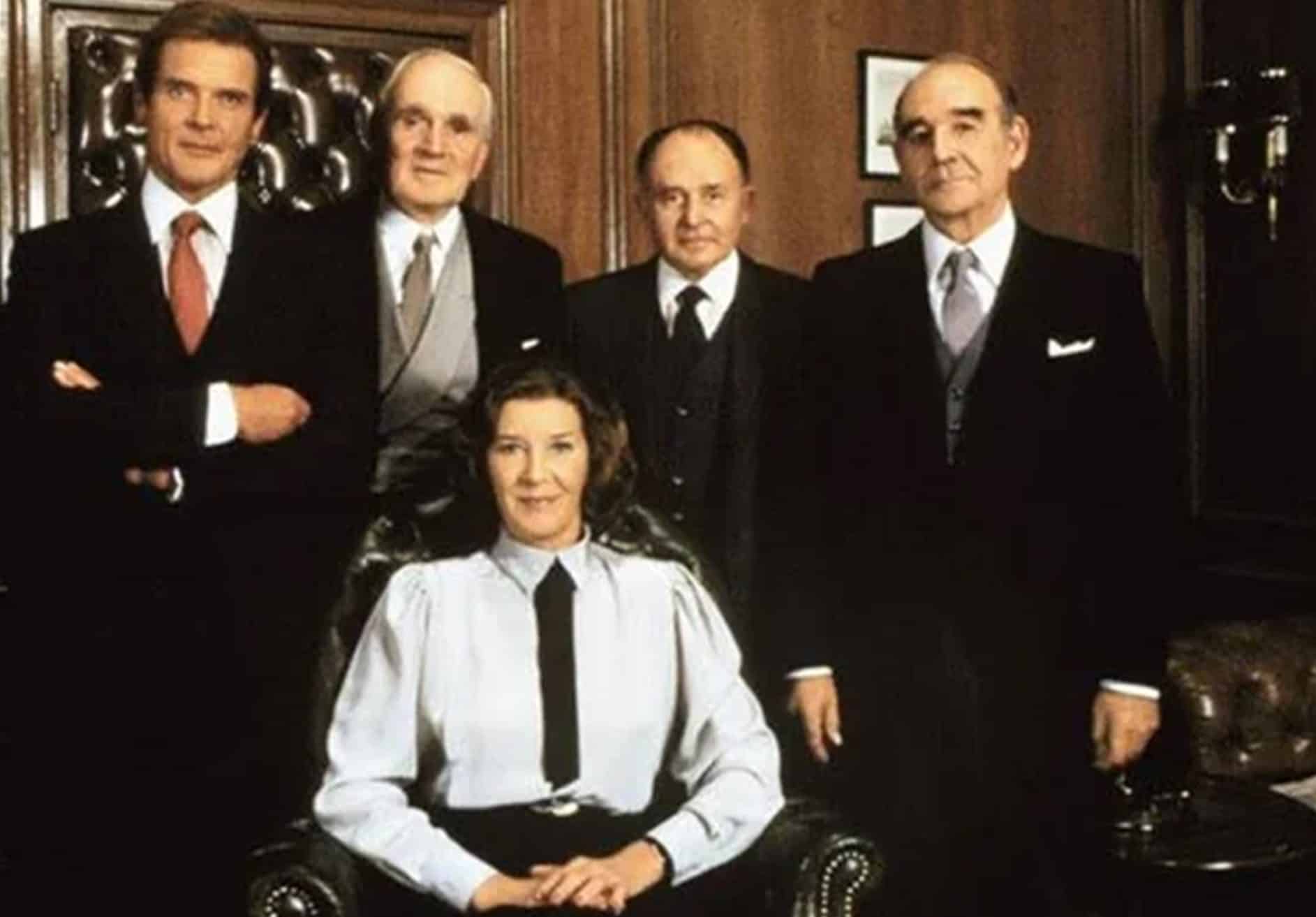 When Roger Moore stood down as 007 on 1985’s A View to a Kill, Lois Maxwell also retired as Moneypenny; she was succeeded by Caroline Bliss who played Moneypenny opposite Timothy Dalton, then Samantha Bond who took the role alongside Pierce Brosnan. Through it all, though, Desmond Llewelyn remained as Q.

By Llewelyn’s last five films, the dynamic between Q and Bond had changed somewhat from the earlier films. When he first played the role, Llewelyn was 49, not too much older than the-then 33-year-old Sean Connery. However, playing the role in his 70s and 80s opposite Dalton and Brosnan (both of whom were in their 40s), Q came off as a father figure; one who is left constantly exhausted by his young charge’s childish ways.

Llewelyn indicated in interviews that he had the most fun on his later films. 1989’s Licence to Kill, Timothy Dalton’s second and last Bond movie, isn’t always considered a series highlight, but Llewelyn remarked it was his personal favourite because, as he noted in one of his last interviews, “I had the biggest part in it. That was wonderful… I wish [Q was part of the action] more! I loved it; it was very fun. But I think they all think I’m too old to go out in the field, but you never know. Keep your fingers crossed.” 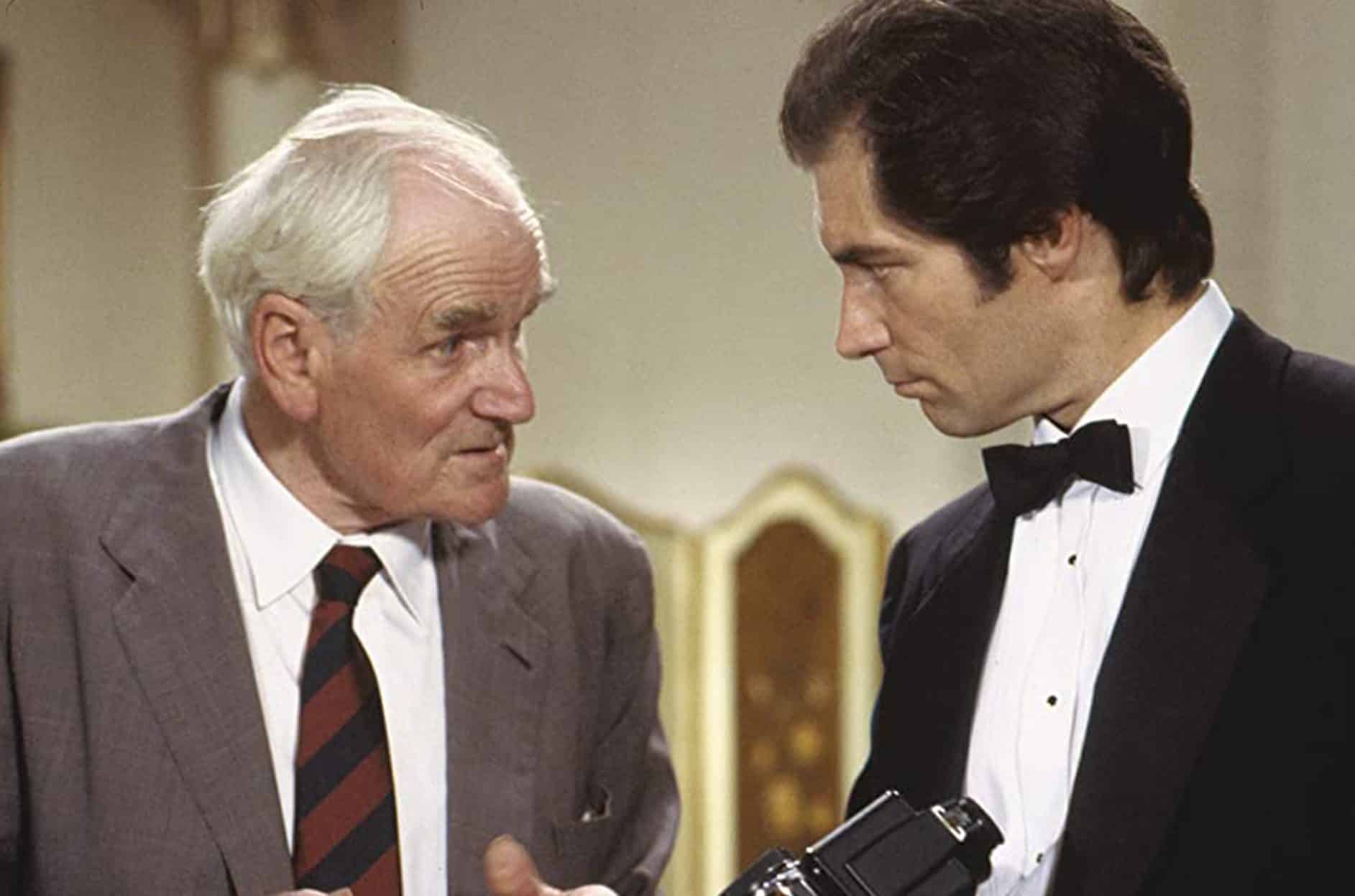 As Llewelyn himself was keen to point out, the great irony of his association with Q was that in reality he had no love for technology. “I loathe gadgets. I’m absolutely useless with them. I haven’t got a mobile telephone. I haven’t got a computer; I wouldn’t know how to work one or anything like that. I’m completely untechnically minded, if that’s the word.”

When work began on 1999’s The World is Not Enough, the 19th (official) Bond movie and Pierce Brosnan’s third, a new character was introduced alongside Llewelyn: Monty Python star John Cleese, playing an apprentice to Q who Bond wryly dubs R. While it had not been officially stated that this would mark Q’s final appearance, the scene had a somewhat elegiac quality, ending with Q taking a fatherly tone and advising Bond, “always have an escape plan,” before disappearing out of shot on a descending platform.

Despite this, neither Llewelyn nor producers Barbara Broccoli and Michael G. Wilson made any official statement that The World is Not Enough would mark his swansong. The actor himself told People magazine that he intended to continue playing Q “as long as the producers want me and the Almighty doesn’t.” 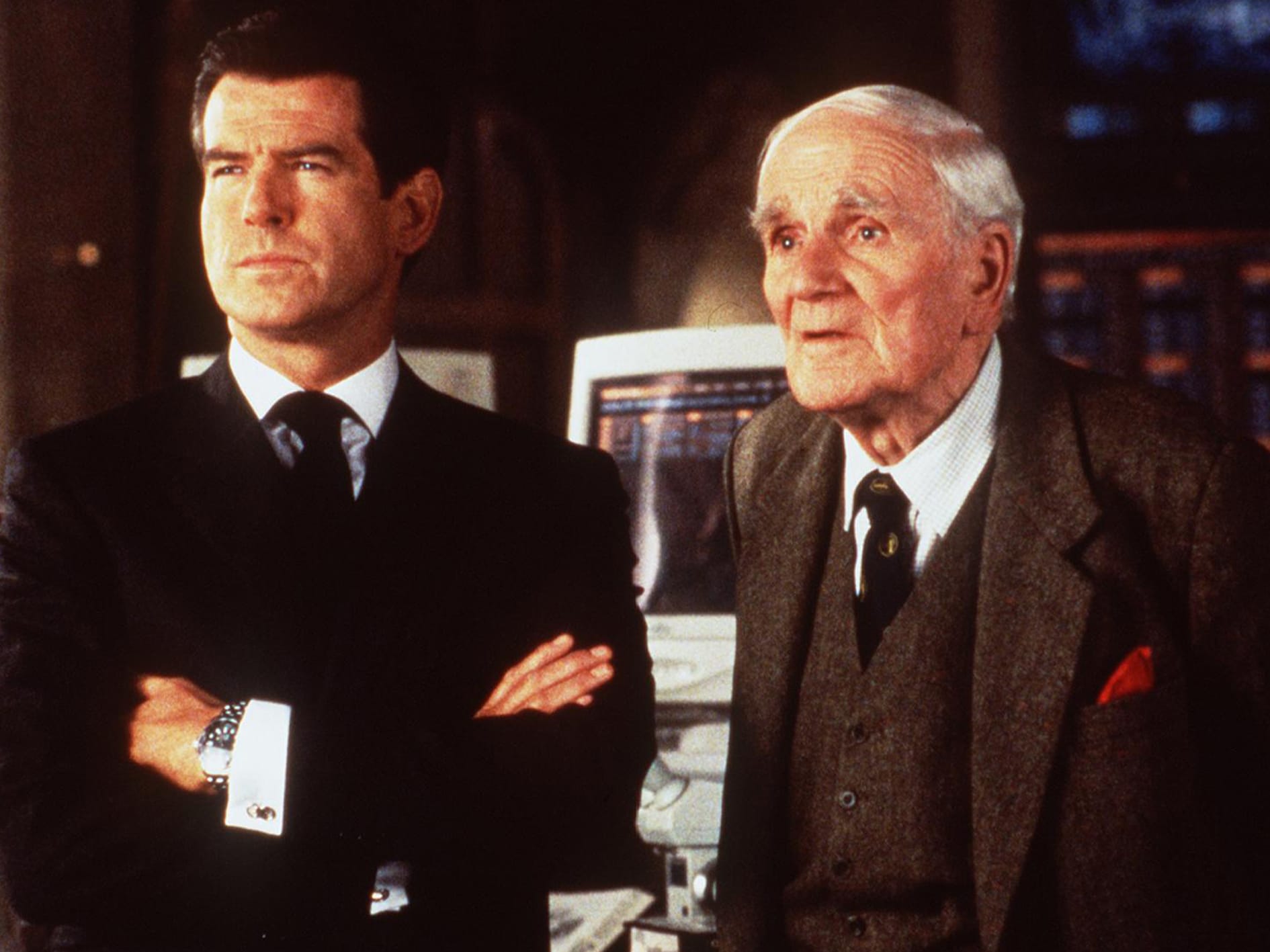 The World is Not Enough enjoyed its premiere on the 8th of November 1999 in Los Angeles, before going on general release in the weeks that followed. Earlier that same month, Sandy Hernu’s book Q: The Biography of Desmond Llewelyn was published, and on the 19th of December Llewelyn was set to attend a promotional book signing in England.

Llewelyn drove to this event alone, but en route he attempted to overtake another vehicle and suffered a head-on collision. The driver and passengers of the other car were hurt but survived; Llewelyn was not so fortunate, and tragically died from injuries sustained in the crash after being air-lifted to hospital.

After an investigation, the collision was ruled an accident in June 2000. When a memorial service was held for Llewelyn, the only Bond actor invited was Roger Moore; Llewelyn’s son Justin explained this was because “[Moore] worked with dad the most.” 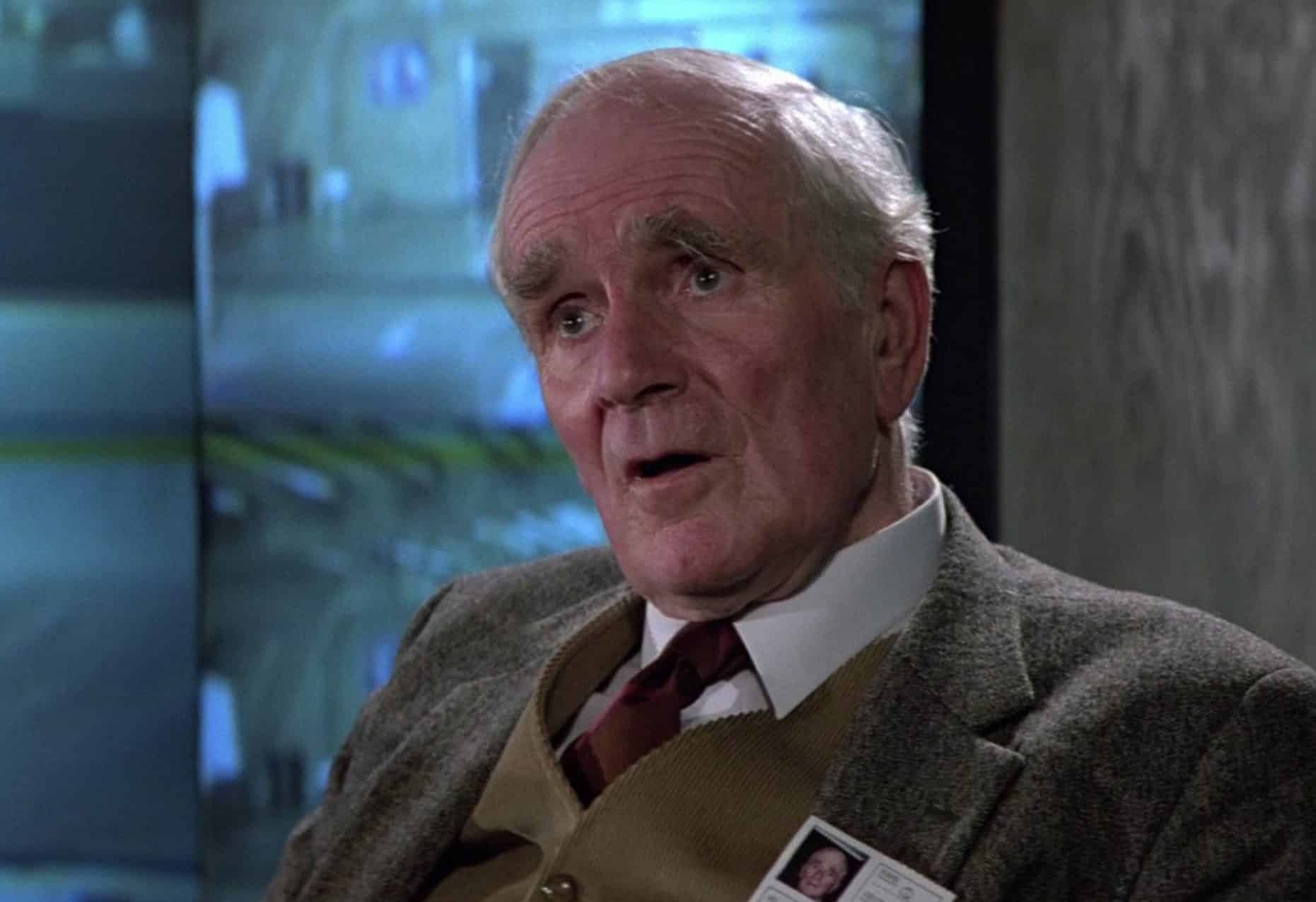 At the memorial service, Moore warmly reflected, “I was the bane of his life. He had to say probably the worst gobbledegook that any actor could be asked to perform. He had technical words to say that never seemed to make any sense.” He praised the Q actor as “a wonderful man to work with. He had a wonderful sense of humour. No Bond film was complete without Q and his gadgets. I would go further and say I do not think a Bond film would be complete without Desmond Llewelyn.”

Nonetheless, the Bond films continued without Llewelyn. John Cleese took over as a fully-fledged Q just once, in 2002’s Die Another Day. However, when Daniel Craig replaced Pierce Brosnan on 2006’s reboot Casino Royale, the series stepped away from the spectacle of old for a more grounded approach, with gadgets kept at a minimum and no Q at all.

Q had to return eventually, though, and when Ben Whishaw took the role on 2012’s Skyfall the dynamic was radically different, presenting a Q who was younger than 007. At present, it is unknown whether Whishaw, or Craig era M and Moneypenny Ralph Fiennes and Naomie Harris will remain in their roles following Daniel Craig’s exit in No Time to Die – but even if they do, they’ll still have a long way to go to leaving as long-lasting a mark in their roles as Desmond Llewelyn did with Q.