Sometimes, an ad-lib can make a movie. Such lines as “You’re gonna need a bigger boat,” “You talkin’ to me?” and “Here’s Johnny!” were never in the script, but today these improvised moments are the most memorable in their respective movies.

A certain ad-lib in The Godfather Part II is a little different. As mobster Tony Rosato, actor Danny Aiello threw in an off-the-cuff line that director Francis Ford Coppola loved and decided to keep: “Michael Corleone says hello!” There was a slight problem: the line doesn’t really make sense, and only served to create a serious plot problem for the gangland epic. 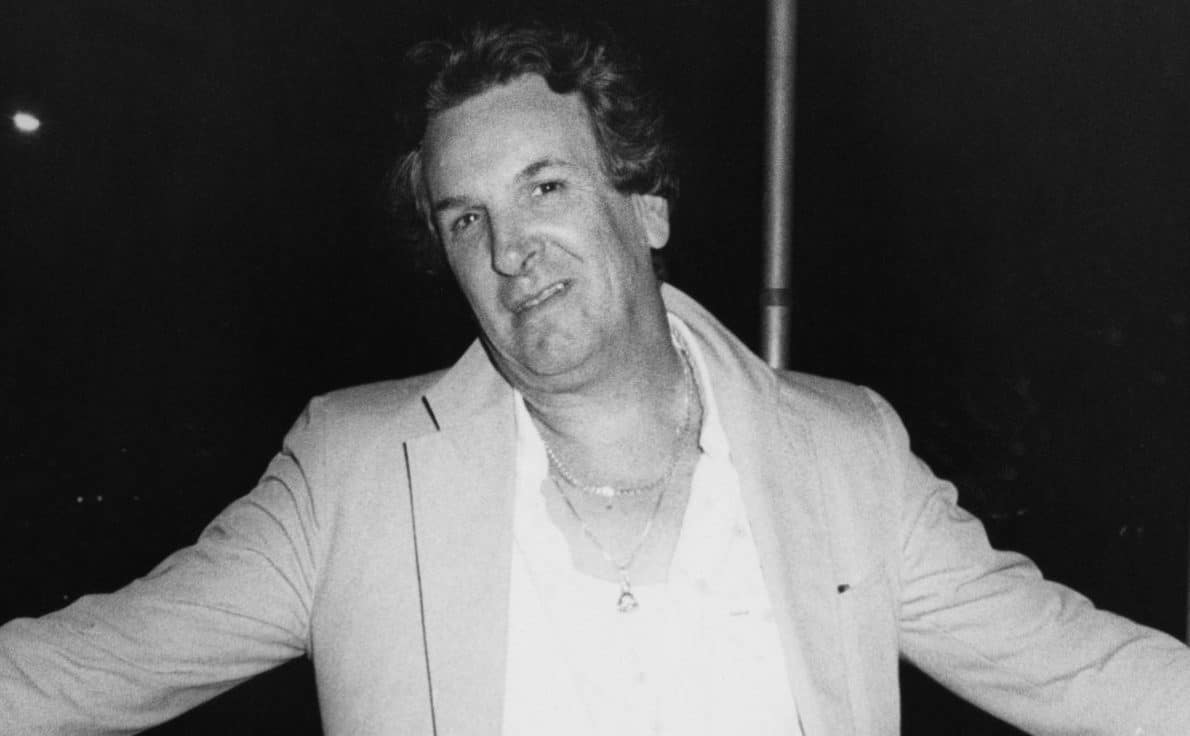 As the child of Italian immigrants born in New York City on June 20, 1933, Danny Aiello – whose surname originated in Sicily, where it means ‘field’ or ‘smallholding’ – was a natural fit for The Godfather Part II.

The 1974 sequel to the massively acclaimed gangster film was only Aiello’s second screen credit. Cast in the small role of Tony Rosato, a low-level mafioso loosely affiliated with the Corleone family, Aiello would have minimal screentime. Still, the character’s single scene – involving the attempted murder of Frank Pentangeli (Michael V. Gazzo) – would be pivotal.

In The Godfather Part II, we learn that Aiello’s Tony Rosato and his brother Carmine (Carmine Caridi) previously worked under Peter Clemenza, a caporegime – essentially a general – of Marlon Brando’s Don Vito Corleone. (Interestingly, Clemenza actor Richard S Castellano also threw in an ad-lib in the original Godfather which became one of the film’s most celebrated lines: “Leave the gun, take the cannoli.”) 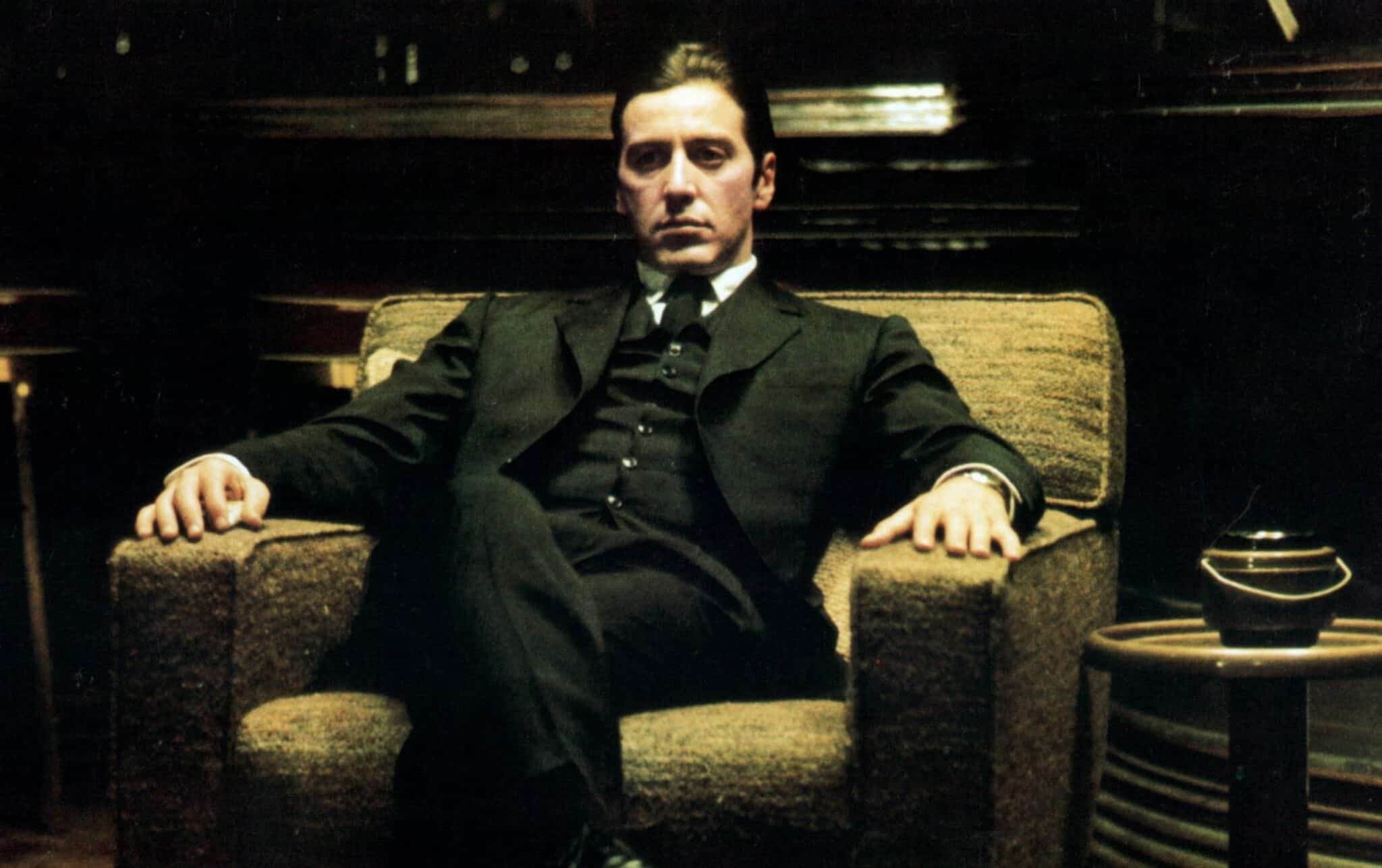 In The Godfather Part II, the late Clemenza’s position has been inherited by Pentangeli, who now works under the new Godfather, Al Pacino’s Michael Corleone. The Rosato brothers claim that, prior to his death, Clemenza had made them certain business promises, on which they expect Pentangeli to deliver. As he considers the Rosatos untrustworthy thugs, Pentangeli refuses to give them anything, and looks to Michael Corleone for support.

However, Michael Corleone denies Pentangeli’s request, chiefly because the Rosato brothers are in the employ of Hyman Roth (Lee Strasberg), another mob boss with whom the Corleone family does business. Things are complicated, however, when there is a failed attempt on Michael’s life, which he realises was orchestrated by Roth. 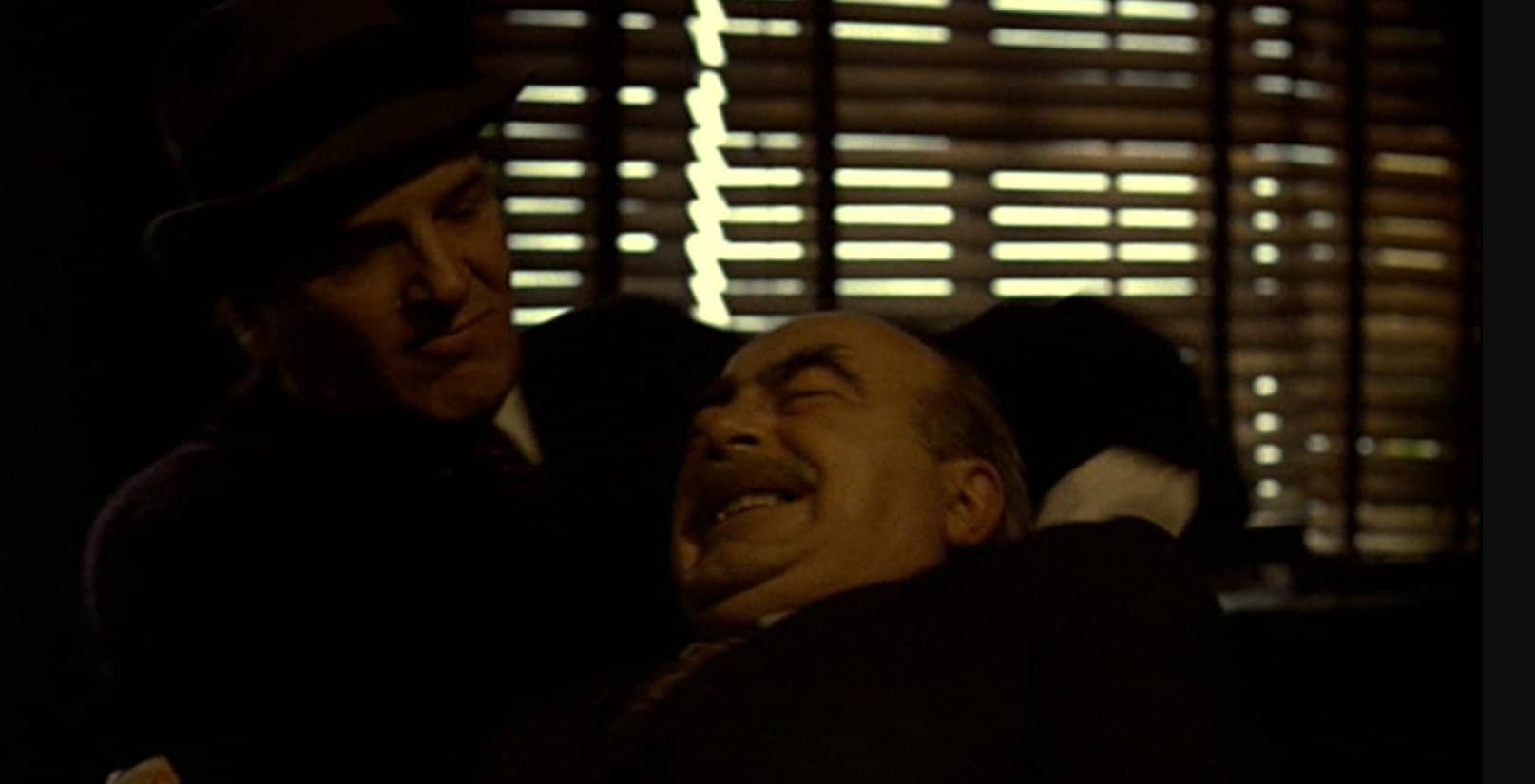 Hoping to keep things peaceful with Roth, Michael orders Pentangeli to meet with the Rosato brothers to negotiate. So it is that Pentangeli meets with the Rosatos in a small bar – and here, under secret orders from Roth, Tony makes an attempt on Pentangeli’s life. Thanks to the sudden appearance of a cop, Pentangeli survives the attack. Believing Michael Corleone tried to kill him, Pentangeli proceeds to testify against him in a Senate hearing – thus inadvertently aiding Hyman Roth’s bid for power.

As written, Tony Rosato tried to kill Pentangeli without ever uttering a word – yet that’s not how it plays out in the movie, thanks to Aiello’s ad-lib. Explaining how it came about, Aiello recalled years later that once he was on set with director Francis Ford Coppola, “I was so intimidated by the man, knowing the things that he had done, and here I am, a neophyte actor.”

Although Aiello had not been given so much as a word of dialogue, during rehearsal he found himself saying “‘Michael Corleone says hello’ – I had no idea why I said it, but I said it.” Coppola then called ‘cut’ and asked Aiello to repeat the line. When Aiello said it again, Coppola told him “‘good, keep it in.'” They proceeded to shoot the scene with the line included, and it was this cut of the scene that made it to screens. 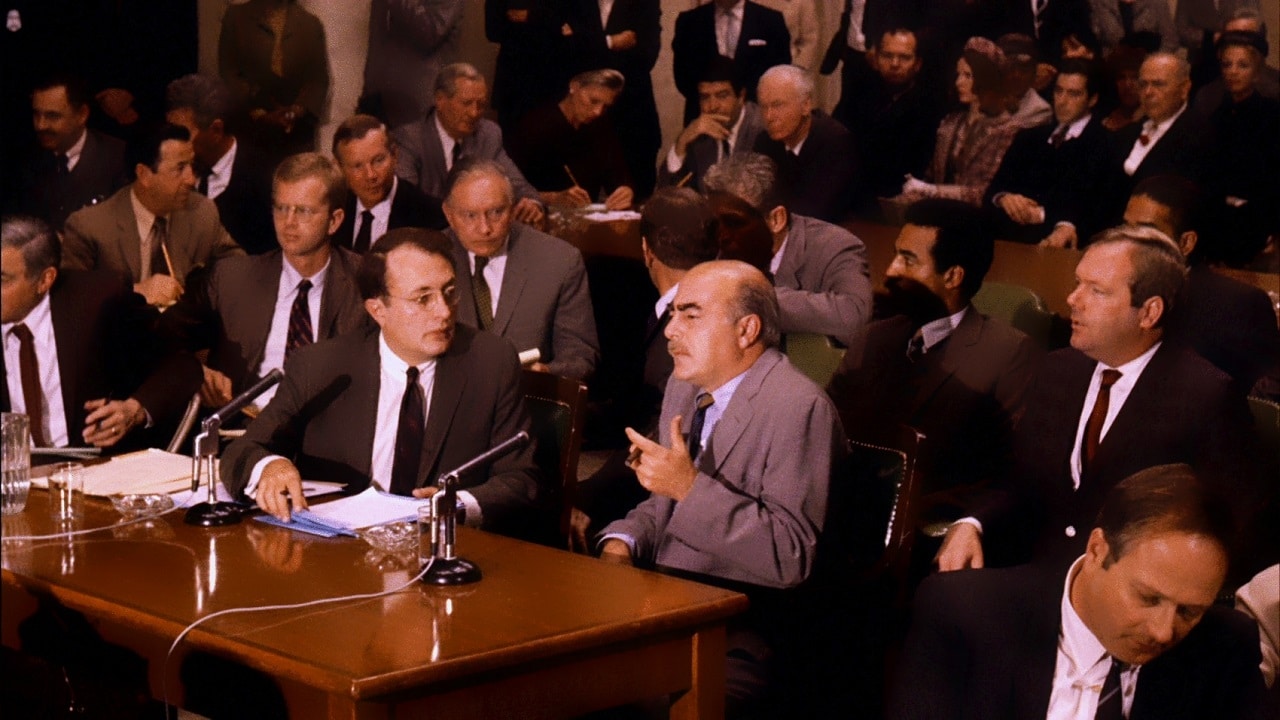 From one point of view, the line makes sense, as it would seem that it was Hyman Roth’s plan all along for Pentangeli to narrowly escape death and turn on the Godfather. However, this explanation really doesn’t hold up given the context of the scene.

If we assume that Roth always intended for Pentangeli to live, then we would have to also assume that the cop who shows up was part of the plan. There is absolutely nothing to indicate this, however; the cop appears to have stepped into the bar entirely by chance. If this is true, then we can conclude that Pentangeli was indeed supposed to die.

Why, then, would Rosato lead Pentangeli to believe that it was Michael Corleone and not Hyman Roth that ordered his execution? Feeding him this misinformation would only make sense if the plan was always to let Pentangeli survive, but it seems unfathomable that this was the case. 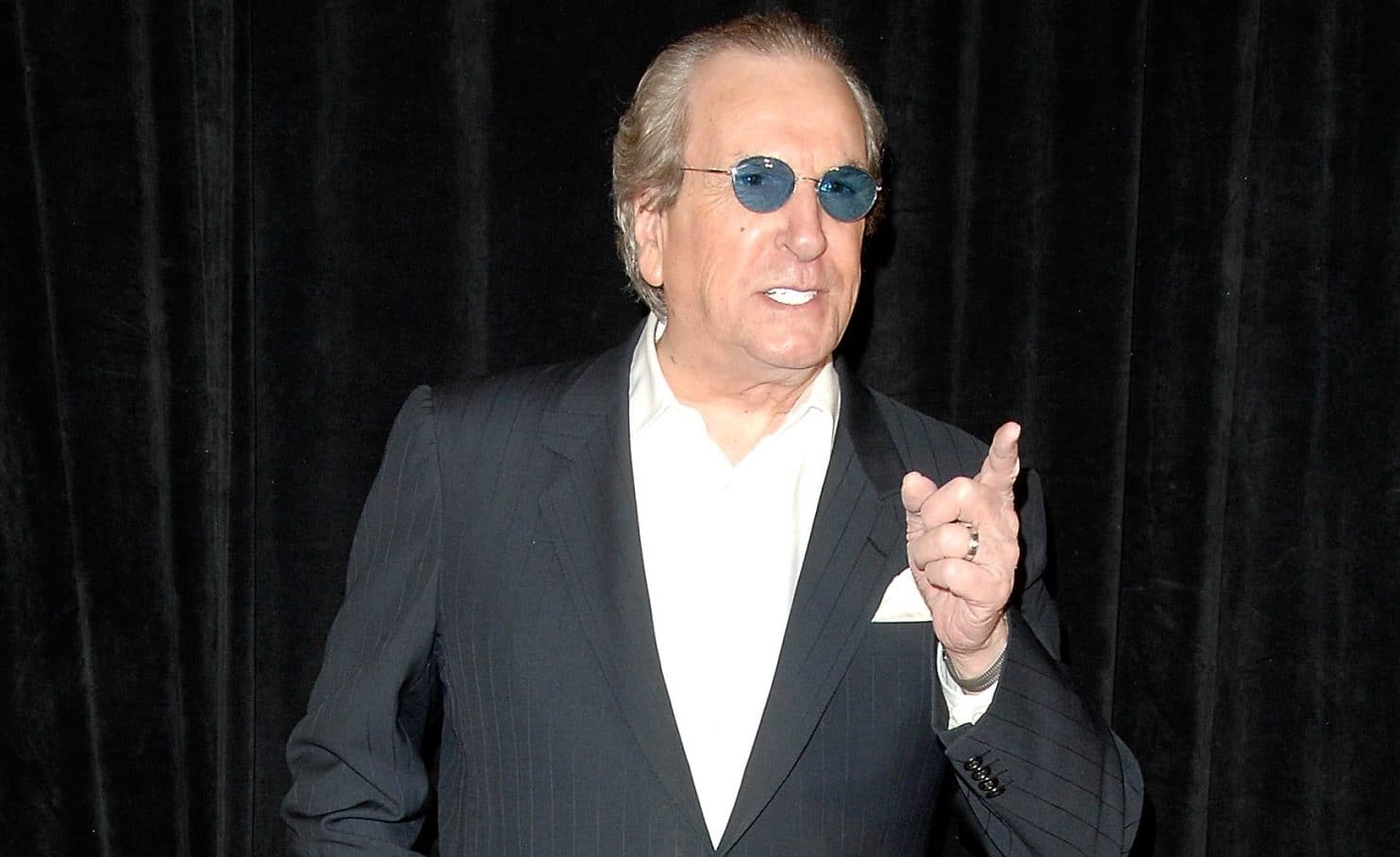 The words “Michael Corleone says hello” may have caused major headaches for fans and critics over the years, but they didn’t keep The Godfather Part II from becoming arguably the most acclaimed sequel ever made. It was the first sequel to win the Best Picture Oscar (the only other sequel to land this accolade to date is The Lord of the Rings: The Return of the King).

The Godfather Part II also launched Danny Aiello. He later landed a small role in another gangster epic, 1984’s Once Upon a Time in America, before his career really took off in the late 80s and 90s. Aiello’s best known work includes Moonstruck, Leon: The Professional, Hudson Hawk, City Hall and his Oscar-nominated turn in Do the Right Thing.

Aiello died in December 2019 aged 86. Tributes paid to the actor on his passing mentioned his many acclaimed films, but most emphasised The Godfather Part II and “Michael Corleone says hello.” Even if the line doesn’t hold up logically, it certainly left a mark.