14 Cute Before They Were Famous Celebrity School Photos

When you look at the famous people of this world, it’s hard to imagine there was ever a time when they were not rich, beautiful, talented and revered. But the truth is that every single celebrity who has ever existed began life as a regular member of the human race, just like you and me.

And whilst years of makeup, perfect lighting, Botox and occasionally radical cosmetic surgery has fooled us into thinking that famous people have always looked absolutely perfect, there is one thing to help remind us that they once looked as average as everyone else…

We’re talking about school photos, those snapshots of school life that are frozen in time, complete with terrible haircuts, bad teeth, dubious fashion choices and bizarre expressions. And we’ve trawled through yearbooks from years gone by, to bring you 14 completely brilliant ‘before they were famous’ photos of some of your very favourite celebrities. We hope you enjoy them! 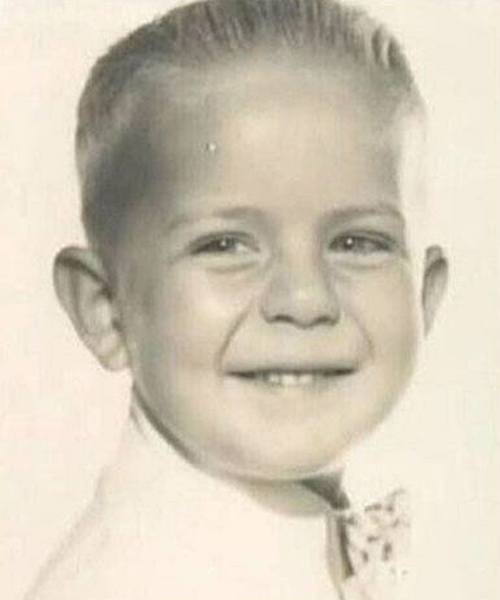 At first glance it may be tricky to pinpoint who the rather cute looking young man in this photo is, but try to imagine him without hair and wearing a dirty white vest and you’ll immediately recognise him as action movie maestro Bruce Willis. 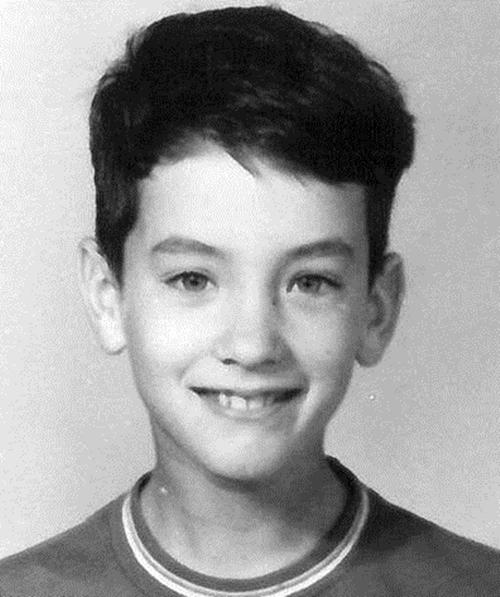 He looks just like any other child you might see attending school, but this happy looking lad would go on to be nominated for six Academy Awards, winning two. It is of course Hollywood legend Tom Hanks. 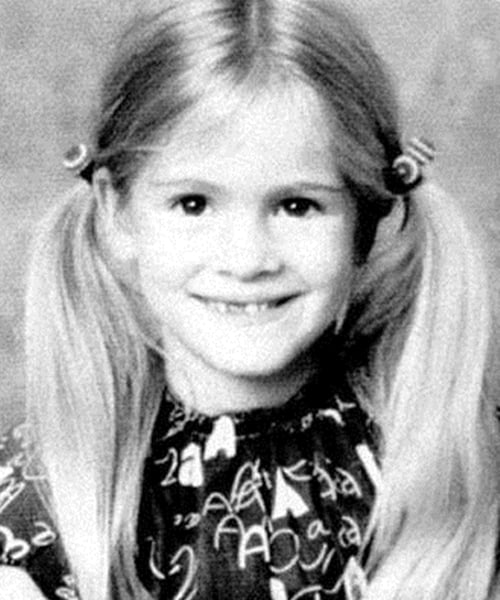 The smile on this young girl made us immediately recognise her as Julia Roberts, who would grow up to be the first ever actress to receive a $20 million salary, for her Academy Award-winning performance in 2000’s Erin Brockovich. 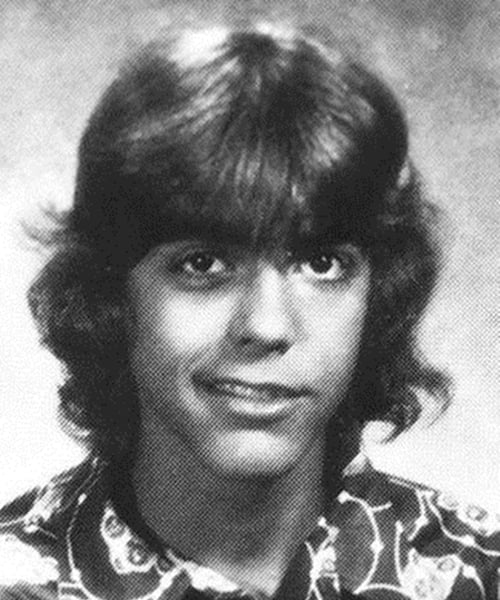 Any idea who this flowery shirt wearing, sideways grinning, long-haired gentleman is? It’s gorgeous George Clooney, who like the aforementioned Tom Hanks, would go on to win two Academy Awards. 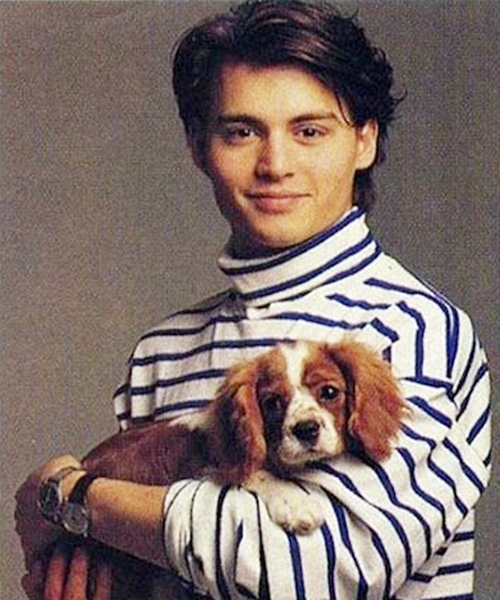 The stripey shirt and adorable pet combo may lead you away from the scent, but when you look at his dreamy eyes, understated smile and floppy hair, there’s no mistaking this photo as being of the legendary acting heartthrob Johnny Depp. 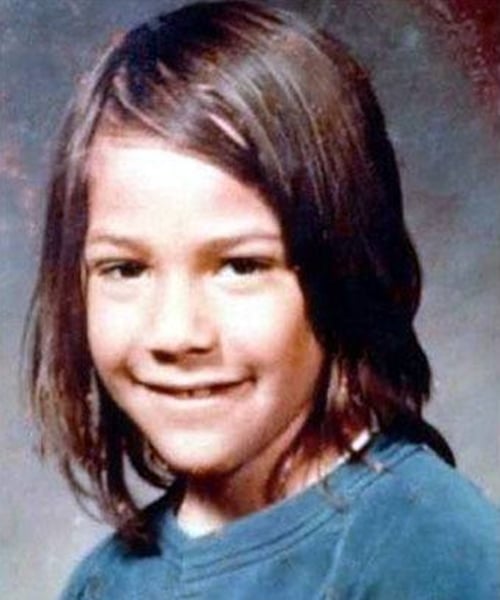 Looking exactly as we would expect him to as a young man is the talented Keanu Reeves, who was born in Hawaii, and whose first name means ‘cool breeze over the mountains.’ 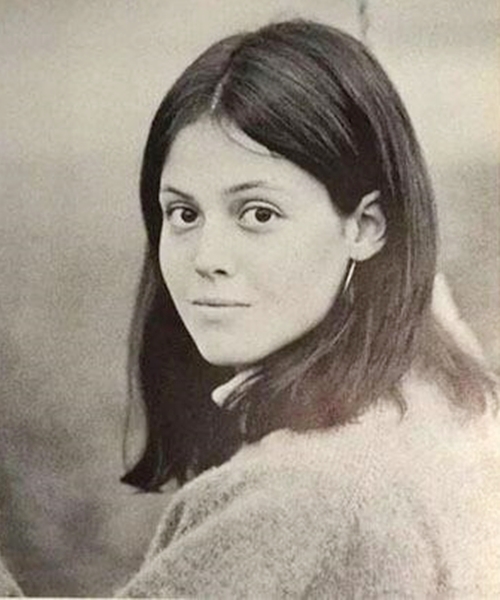 Looking hardly any different than she would do years later in the classic Alien franchise is the unmistakable Sigourney Weaver. Her yearbook quote was ‘please God, please, don’t let me be normal,’ and the multiple Academy Award nominee would grow up to be anything but. 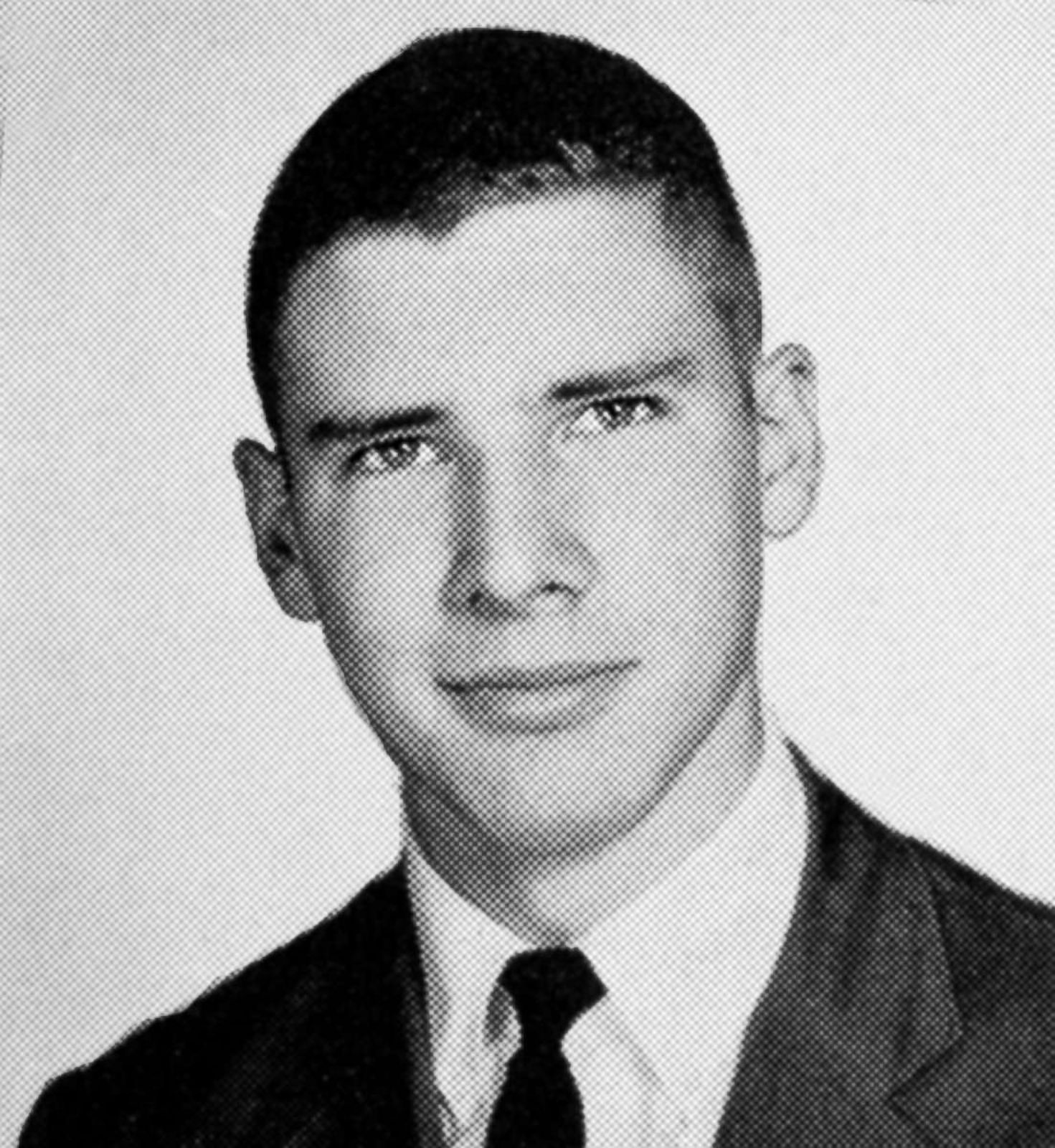 Some people look completely different in their school photos and some, like the young Harrison Ford pictured here, look almost exactly the same. Because, apart from the military-style haircut, this is unmistakably the future Han Solo and Indiana Jones. 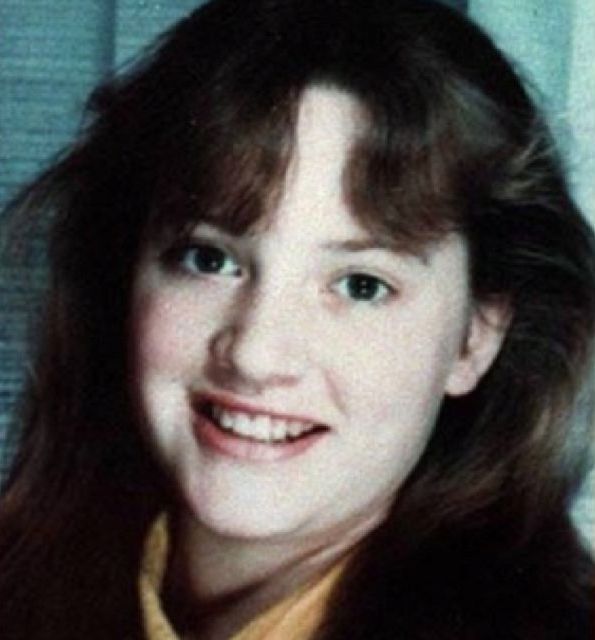 Do you recognise this young lady, who looks like she’s perhaps being pictured in a photo booth rather than a school photo? It’s Titanic star Kate Winslet, who would go on to be nominated for an impressive seven Oscars, and who would win Best Actress for her performance in 2009’s The Reader. 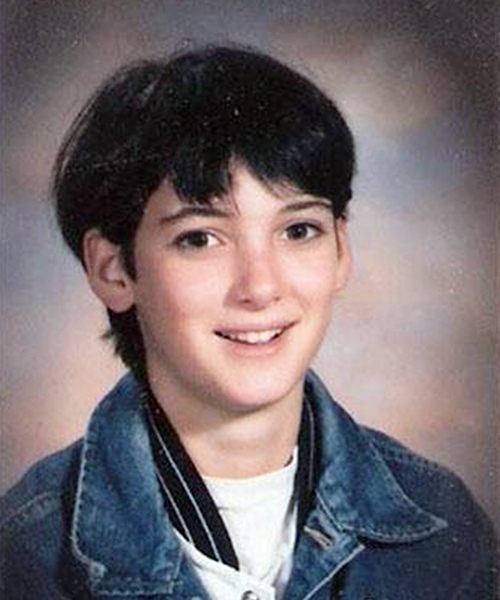 She may have been bullied at school for looking like a boy with her short haircut, but Winona Ryder would grow up to be one of the most influential Hollywood celebrities of the 80s and 90s. 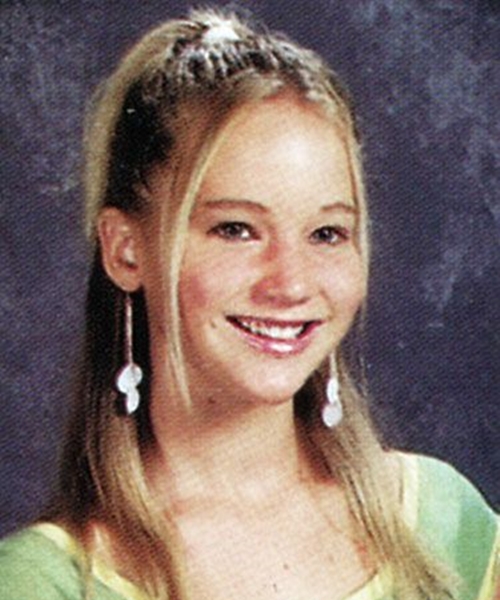 This beautiful blonde with the lovely smile would grow into the highest-paid actress in the world in 2015 and 2016, whose films have made over $6 billion worldwide. Yes you’ve got it, it’s The Hunger Games star Jennifer Lawrence. 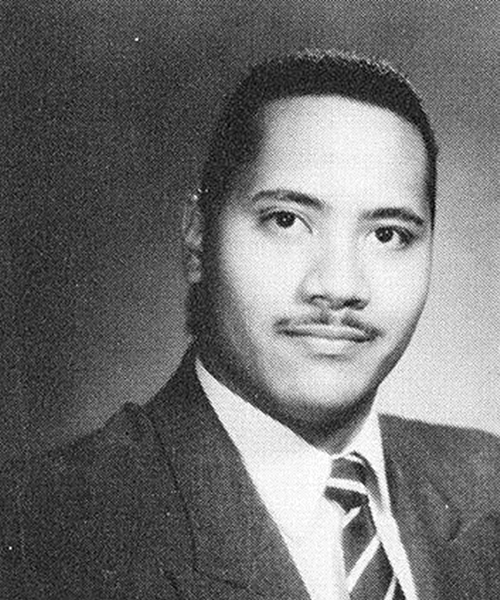 Don’t be put off by the pencil moustache: it is of course square-jawed future Hollywood action hero Dwayne Johnson, formally known as ‘The Rock’ during his wrestling days. 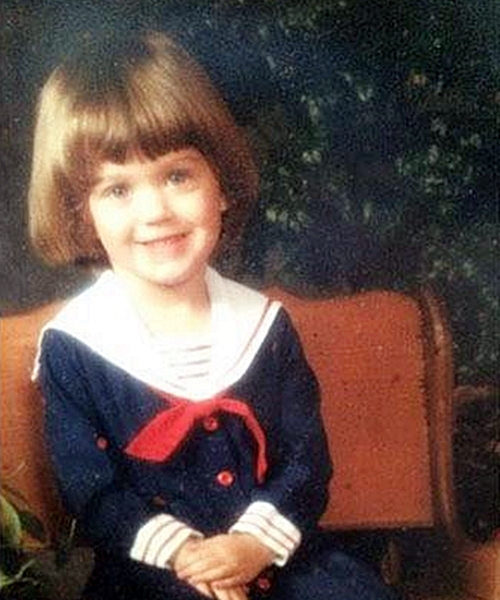 We bet she looks back on her childhood haircut with at least a small amount despair, but being one of the biggest pop stars of the last two decades may have sweetened the pill for Katy Perry somewhat. 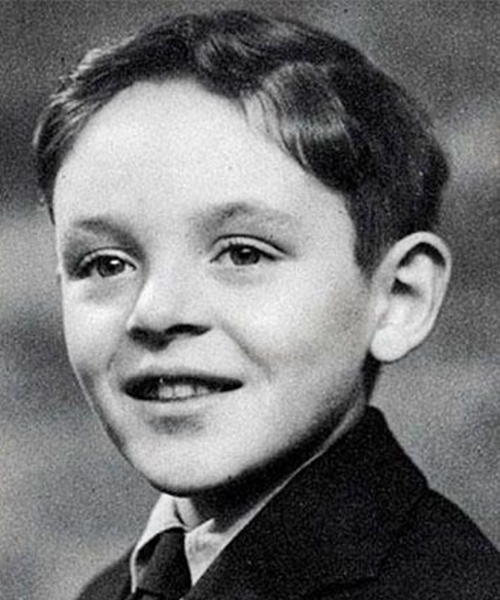 And finally, we bring you a photograph from the 1940s, depicting a young man who would end up playing one of the most notorious serial killers in cinema history. It’s The Silence of the Lambs star Anthony Hopkins, way before he became a fan of dining on fava beans and a nice chianti.