From forest-dwelling cannibals to lumbering masked killers, horror as a genre has several hallmarks that up the scare factor of any given movie. With that said, whenever a creepy child appears in a film, that’s when you know that something seriously frightening is about to go down.

With their wide-eyed, innocent expressions and secretly sinister motives, the best horror kids seem completely harmless on the surface – but deep down, as soon begins to dawn on the adults around them, these kids are just waiting to do something unspeakable.

Horror is full of terrifying children doling out evil in pint-sized proportions, and we’re counting down ten of the creepiest horror movie kids who still give us nightmares today. 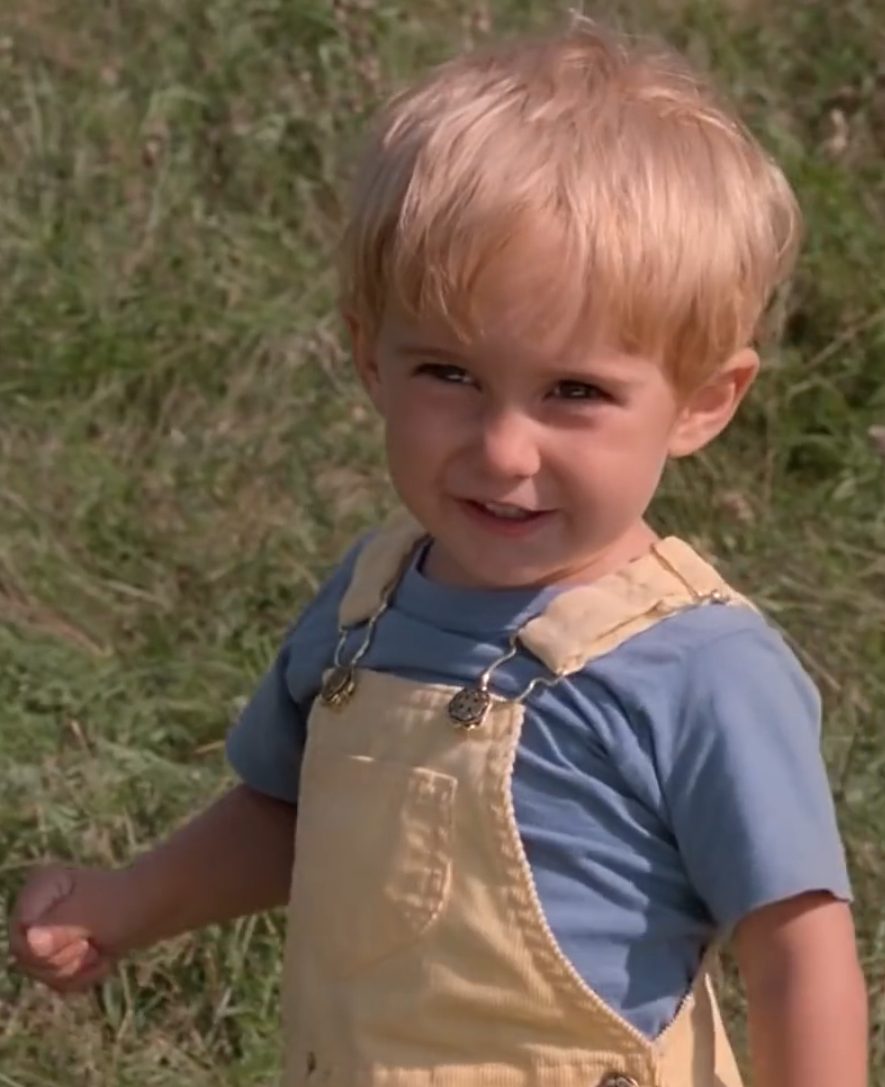 However, the desperation of his father to bring him back to life leads to a truly horrific transformation, and suddenly Gage is toddling around like a knife-wielding vampire, his dialogue made even more threatening by his adorable lisp.

9. Damien from The Omen 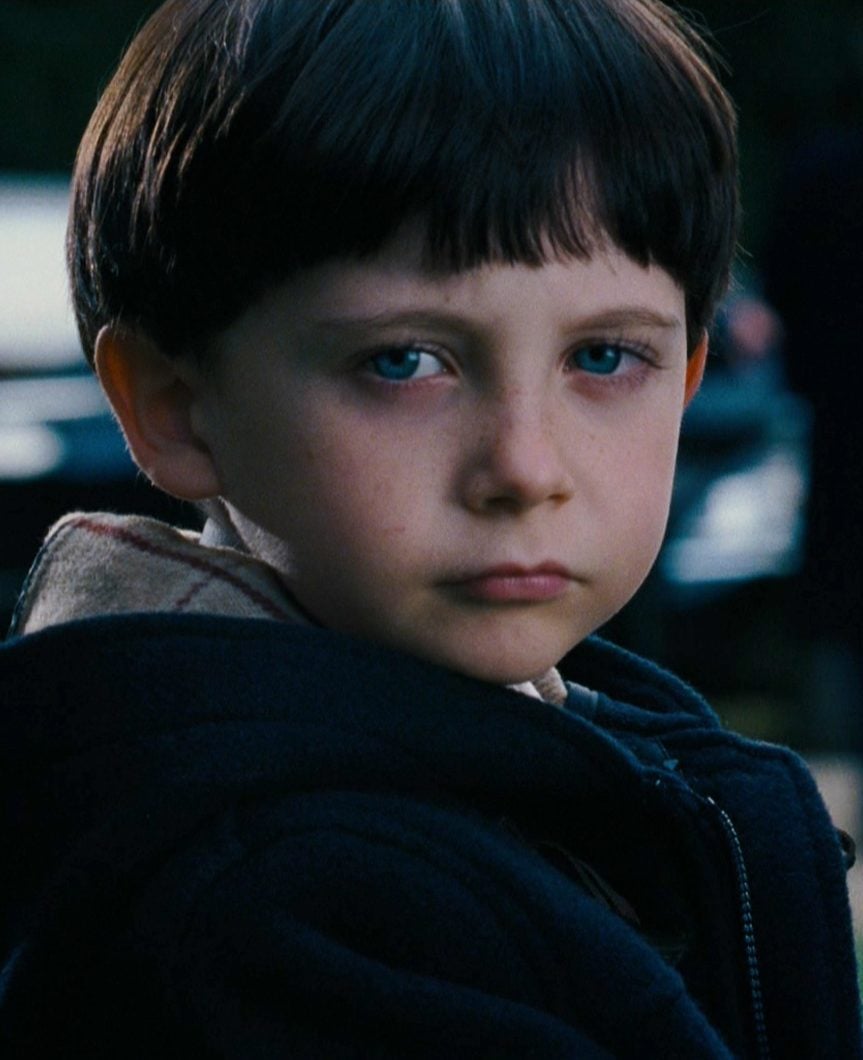 If you want to become the scariest kid in horror, then being the son of Satan is a pretty good start. Everything from his blank but knowing stare to his pint-sized suit and tie combine to make him one truly malicious demon-child.

With that said, the most heart-stopping thing about Damien is that he doesn’t have to do a thing. Horrifying events simply unfurl around him, while he watches silently on.

8. Henry from The Good Son 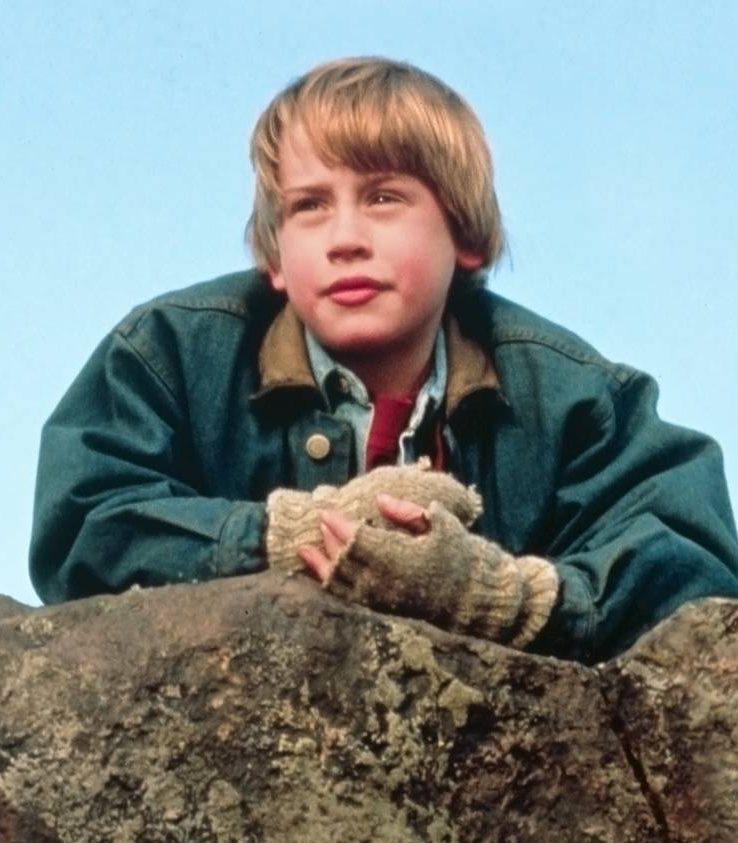 When most people think of creepy kids, they probably don’t think of Macaulay Culkin, unless they have a serious phobia of the Home Alone franchise.

However, Culkin’s ability to play against type as a violence-obsessed, family-murdering preteen is exactly what makes 1993’s The Good Son so horrifying to watch, since nobody can look quite so angelic while pushing people off cliffs.

7. Mercy and Jonas from The Witch 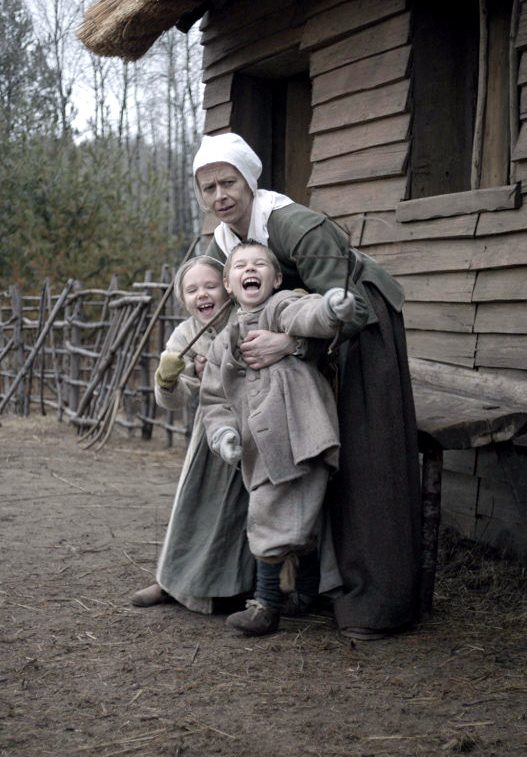 It’s pretty obvious from this list that the only thing scarier than one creepy horror movie kid is two horror movie kids, and that spookiness gets ramped up even more when you’re dealing with twins.

However, Mercy and Jonas’ creepiness stems from the fact that most of what they do can be explained as just normal kid behaviour, and that lets them get away with slowly but surely ruining Thomasin’s life without anyone else seeing it.

6. The Grady twins from The Shining 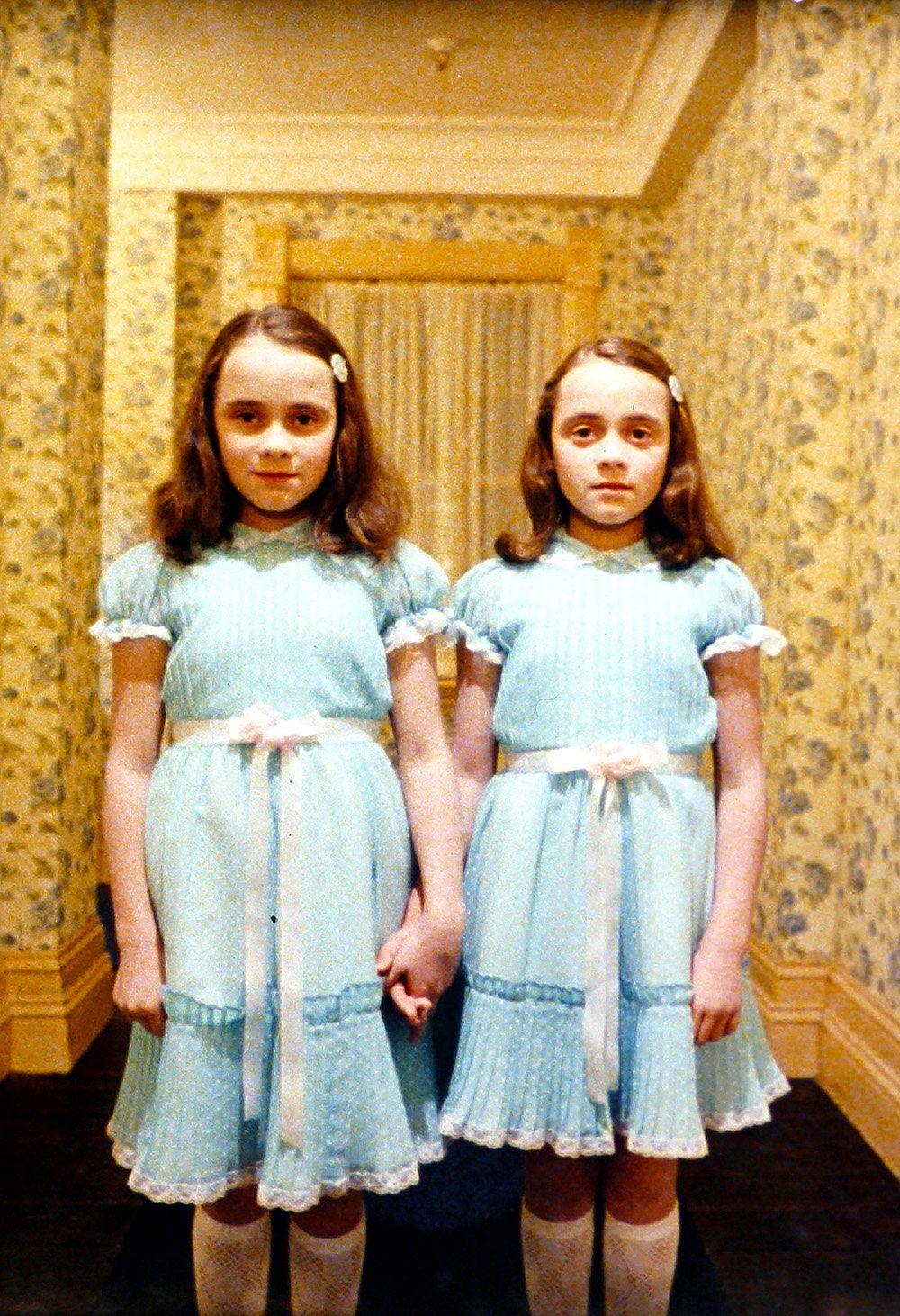 The Grady twins together make one of the most iconic visuals in the whole horror genre, and they prove that you really don’t have to do much to become legendary nightmare fuel.

These two sinister little girls have managed to make audiences’ hearts jump without doing anything more than standing perfectly still and delivering their chilling plea for playtime in eerily sweet voices.

5. Rhoda from The Bad Seed 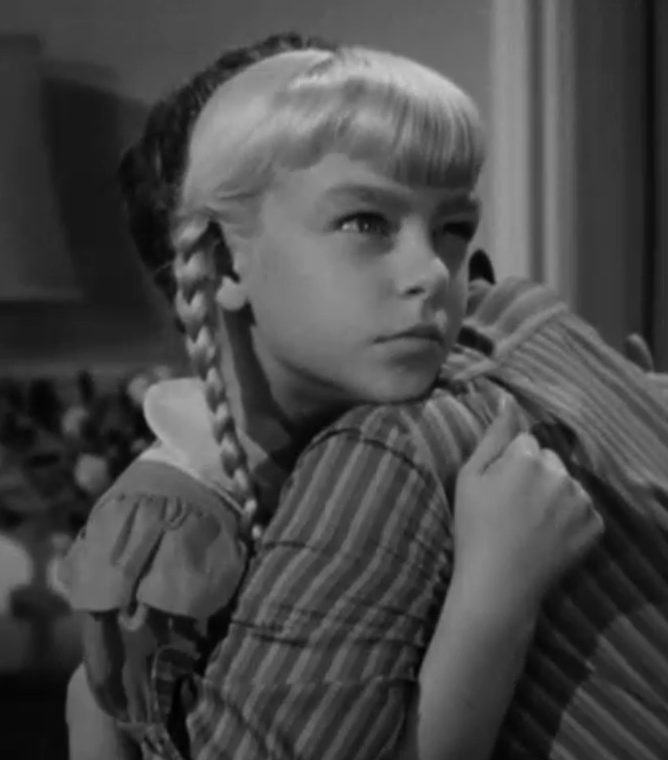 You know a performance is genuinely creepy when it’s enough to earn the kid in question an Oscar nomination, and Patty McCormack’s portrayal of The Bad Seed’s Rhoda did exactly that.

Rhoda is sickeningly sweet around the adults in her life, but her blonde pigtails and tap shoes are only to distract from the blood on her hands, since she manages to skip her way through a whole host of chilling murders before finally being caught. 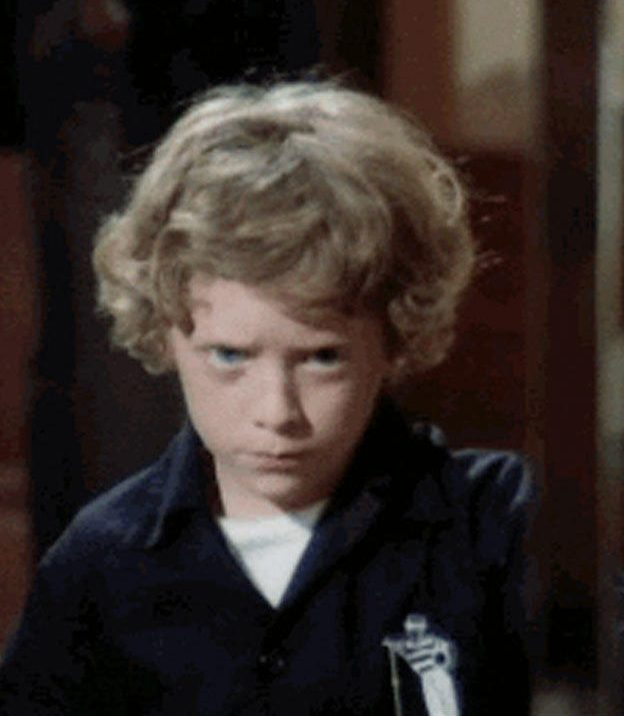 Shock is a pretty obscure Italian spaghetti horror movie, so there are a lot of people out there who have never heard of the film’s titular creepy kid.

Nevertheless, Marco’s stilted dialogue and prolonged eye contact is haunting no matter which language you view the film in, and David Colin Jr portrays the character of a child possessed by a vengeful lover with chilling maturity.

3. Isaac from Children of the Corn 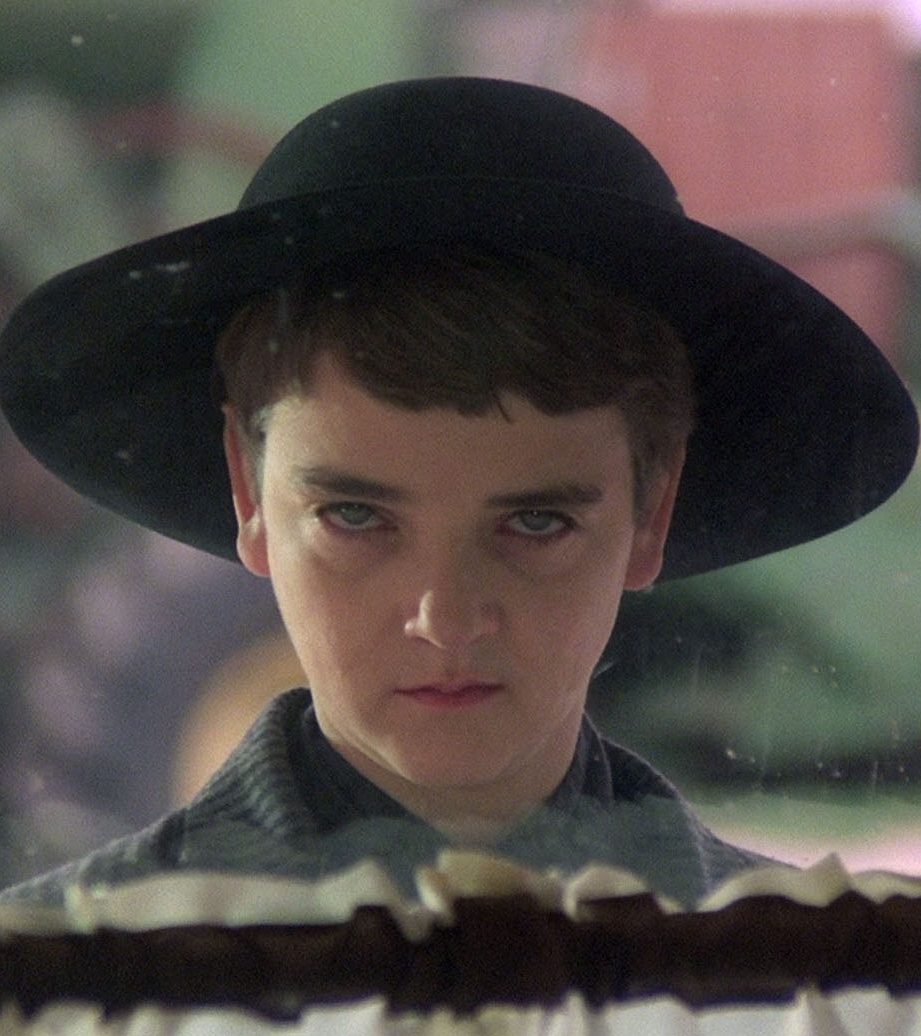 Steven King has written a few lovable child protagonists in his time, but he’s also written his fair share of creepy kids.

Children of the Corn features a whole bushel of brainwashed child-demons, but their ring leader Isaac is definitely the worst. With his strange charisma and penchant for dressing like an elderly evangelical preacher, it’s no surprise that he’s able to manipulate a whole town into committing unspeakable acts.

2. Elias and Lukas from Goodnight Mommy 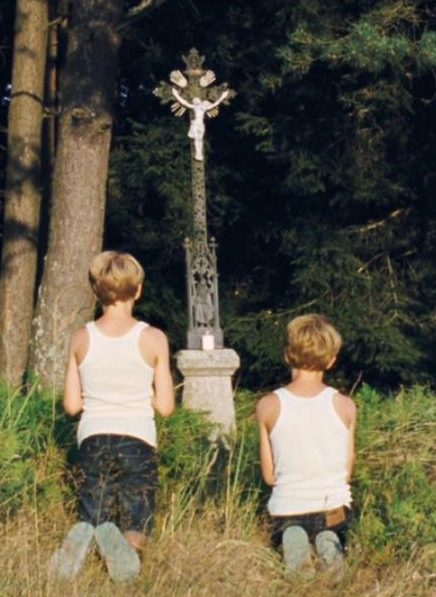 Creepy twins are without a doubt the pinnacle of horror, especially if they are identical, and doubly so if they seem to have the uncanny ability to communicate without speaking.

Elias and Lukas tick all of these boxes, and up the creepy factor by being absolutely merciless with their mother, unswayable in their belief that she is an evil imposter. 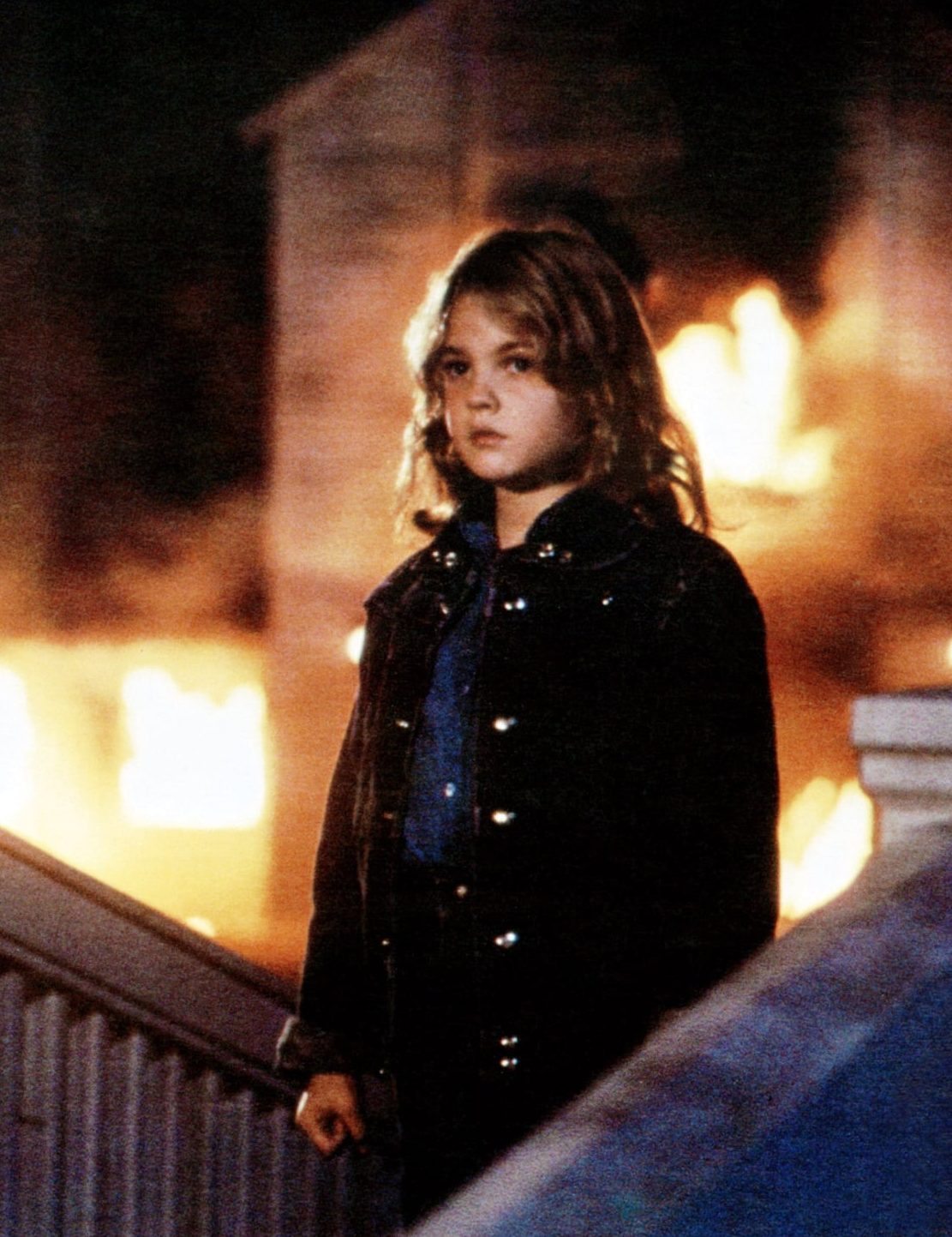 Drew Barrymore was already a horror veteran when she came to the role of Charlie McGee, so it’s not surprising that she pulls out a stellar performance as the tantrum-prone terror of Firestarter.

McGee’s emotions can change on a dime, and her outbursts can have seriously explosive consequences. That fiery temper, as well as a seemingly complete lack of remorse, are what make her one of the creepiest kids in horror.