Whilst it may seem ludicrous to suggest that the Teenage Mutant Ninja Turtles were anything other than fun, silly characters for youngsters to enjoy, there was a time (in the UK and Germany anyway), when the authorities believed that the heroes in a half shell would damage young, impressionable minds.

Worried about the negative influence that some of the turtles’ weapons would have on us, the powers that be insisted on dropping the ‘Ninja’ from the film’s title and replacing it with ‘Hero’, their intervention of course meaning that we all grew up to be perfectly well-behaved adults….

The turtles began life as characters in a comic book before expanding into a fantastic cartoon series and the 1990 live-action film that we’re focusing on today, 10 bodacious facts about which are listed below for your enjoyment. Cowabunga!

10. The script borrowed from both the comics and the cartoon 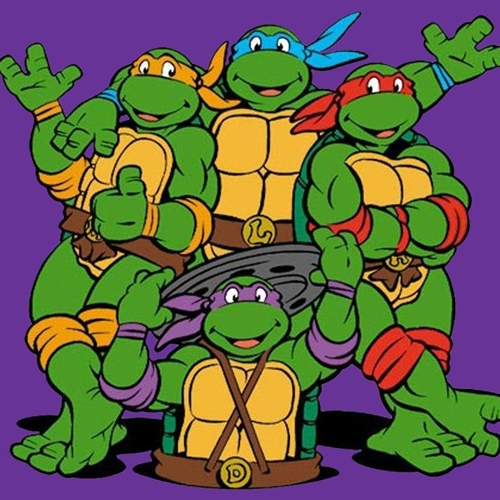 The Turtles’ origin story was taken directly from the comics, and the cartoon series’ influence includes their coloured bandanas and fondness for pizza.

9. Muppets creator Jim Henson designed the Turtles for the movie 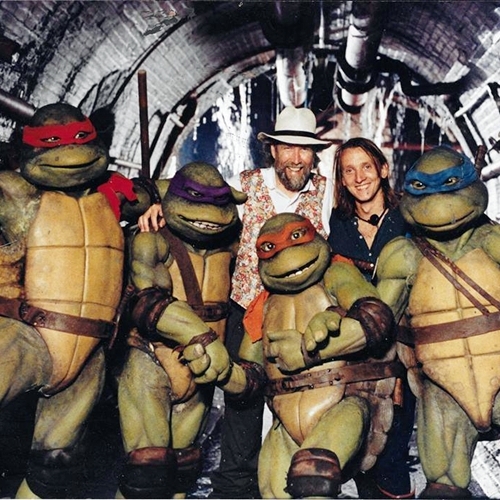 The costumes worn by the turtle’s body actors were created by Jim Henson’s Creature Shop, a visual effects company that was created by the late Jim Henson, creator of the Muppets.

Teenage Mutant Ninja Turtles was one of Henson’s last projects before he died on the 16th May 1990, not long after the film’s premiere.

8. Most film studios turned the film down 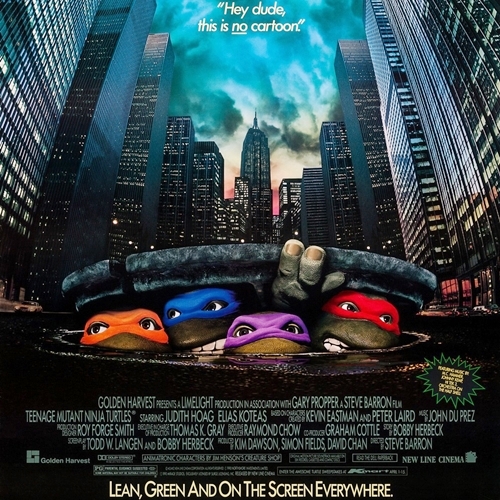 Many major film studios, including Walt Disney Pictures, MGM, Warner Bros and Paramount turned down the opportunity to distribute the Teenage Mutant Ninja Turtles movie, believing there was a high chance it would be a complete box office failure.

New Line Cinema, who at the time were mainly known for distributing low budget films, eventually took a gamble on it, and their faith was repaid when it became a big commercial success.

7. All four of the Turtle actors appear in the film in cameo roles 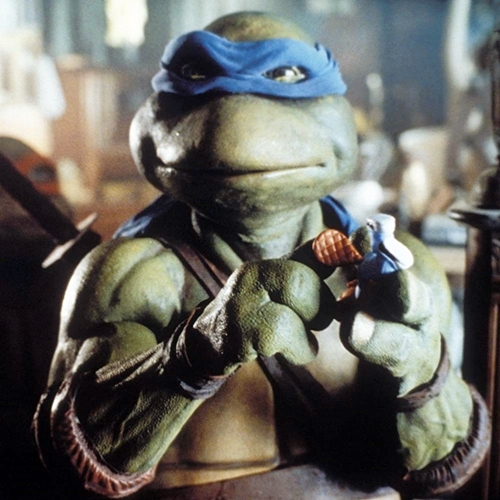 All four of the actors who provided the bodies (but not the voices) of the Turtles also appear separately in the film in cameo roles. 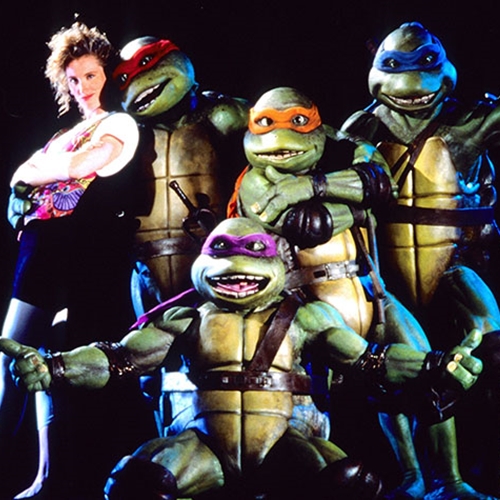 Whilst many of the physical and voice actors behind the 1990 TMNT movie’s Ninja Turtles are not big stars, the voice of one of the turtles was provided by a true 80s acting legend.

Gremlins, The Goonies, Stand by Me and The Lost Boys star Corey Feldman provided the voice of Donatello, the brains of the group.

5. Both the UK and German versions were heavily censored 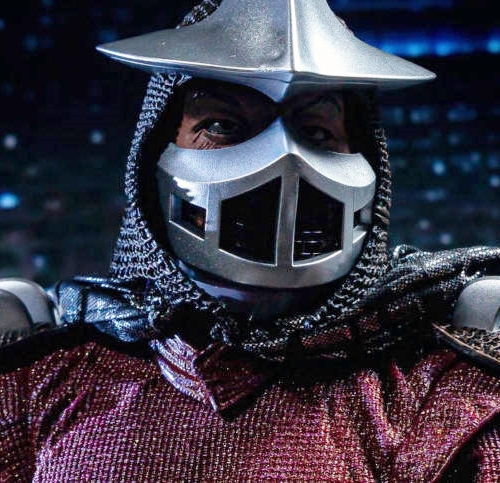 The UK and German versions of the Teenage Mutant Ninja Turtles movie were heavily censored, with all shots of Michelangelo’s nun-chuck weapon being removed completely.

The scene with Shredder in the garbage shredder also received heavy editing, while even the theme song had the word ‘ninja’ changed to ‘hero’ to match the UK TV version of the cartoon.

4. The film has been accused of racism 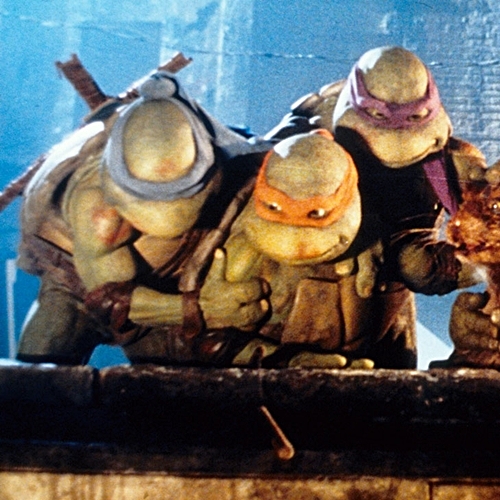 A number of film critics expressed the view that the film’s depiction of Asian villains could be perceived as racist.

Variety wrote about “overtones of racism in its use of Oriental villains”, while Janet Maslin from The Times wrote that “the story’s villainous types are Asian, and the film plays the yellow peril aspects of this to the hilt.”

3. It held the title of highest-grossing independent film of all time for almost a decade 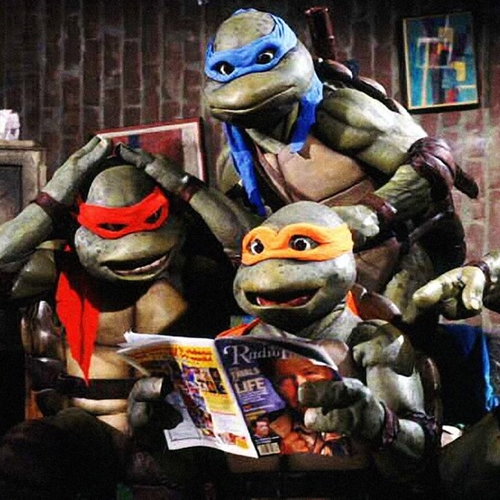 Teenage Mutant Ninja Turtles went on to make over $200 million at the worldwide box office, which made it the ninth highest-grossing film of 1990 across the globe.

This meant that it was also the highest-grossing independent film of all time until 1990, when The Blair Witch Project grossed nearly $250 million, 416 times its original budget of $60,000.

2. The lyrics of the theme song contain a massive error 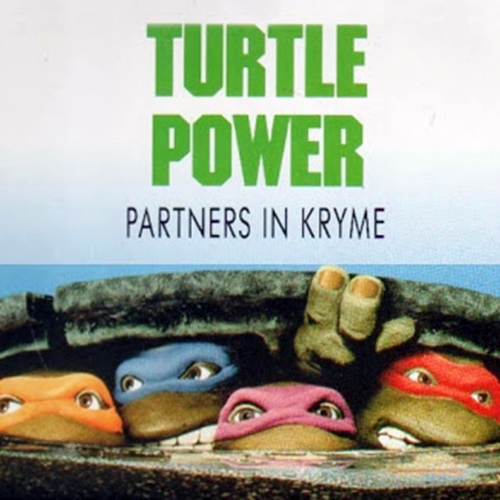 Do you remember the massively popular Turtle Power! song by Partners in Kryme, which spent four weeks at the number one spot in the UK? Well, it contains a massive error.

The song’s lyrics state that Raphael is the turtle’s leader, when all true fans know it is actually Leonardo!

1. It was followed by two sequels (and a reboot) 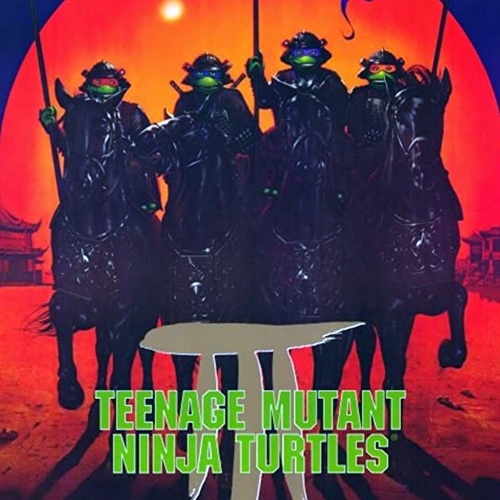