Comprising Tony Hadley on lead vocals, songwriter Gary Kemp on guitar and synthesiser, his brother Martin Kemp on bass, John Keeble on drums and Steve Norman on saxophone, Spandau Ballet were one of the most successful groups from the New Romantic era of British pop music, with an impressive 23 hit singles and album sales numbering more than 25 million.

They may have ended up fighting against each other in a bitter court battle, which we will come on to later, but Spandau Ballet’s large collection of classic songs mean that they will always be remembered as being one of the greatest bands of the 1980s. Below are eight completely ‘true’ facts about them that we believe are all pure ‘gold.’

8. They originally played rock music after being inspired by The Sex Pistols 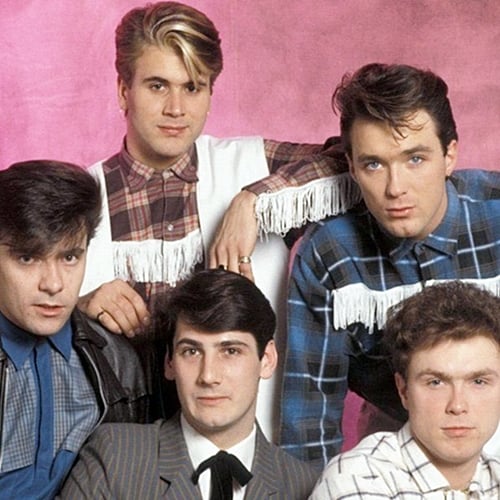 School friends Gary Kemp and Steve Norman were inspired to form their own rock band after watching a performance by The Sex Pistols in October 1976.

The pair enlisted the services of their buddies Tony Hadley, John Keeble and Michael Ellison (who played bass before Gary’s brother Martin joined the band), practising at lunchtimes in their school’s music room where they played songs by The Beatles and The Rolling Stones.

7. Martin Kemp was invited to join the group in an effort to attract more female fans 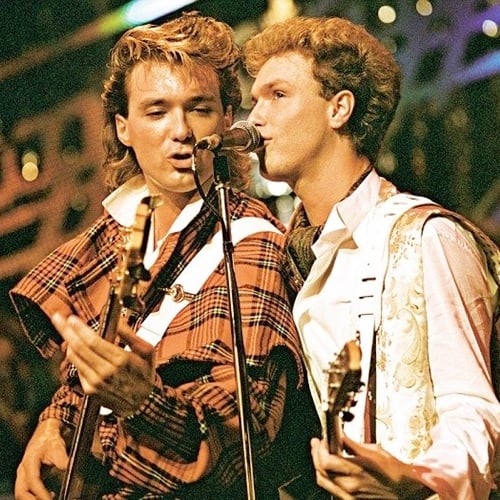 Friend of the band Steve Dagger suggested that Martin Kemp be invited to join the band after their previous bassist Michael Ellison decided to leave.

Martin Kemp was working as the band’s roadie at the time, but Dagger noticed how much attention he was getting from their female fans, and believed that having him as part of their group could be a massive benefit to all of them!

6. Their name was inspired by graffiti in a Berlin nightclub toilet 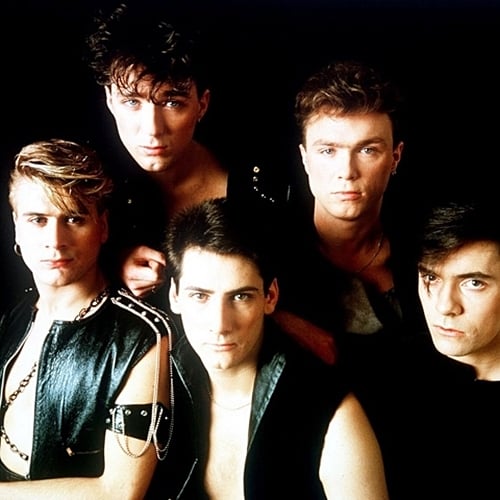 The group were originally called The Cut and later changed their name to The Makers, but a friend spotted what he thought was a much better title graffitied onto the cubicle wall of a Berlin nightclub toilet.

The graffiti of course read ‘Spandau Ballet,’ referring to a group of prisoners who were once hanged within the Berlin borough of Spandau, whose bodies “twitched and jumped on the end of a rope” as if they were ballet dancing.

5. Their song True received an award for being one of the most played songs in US radio history 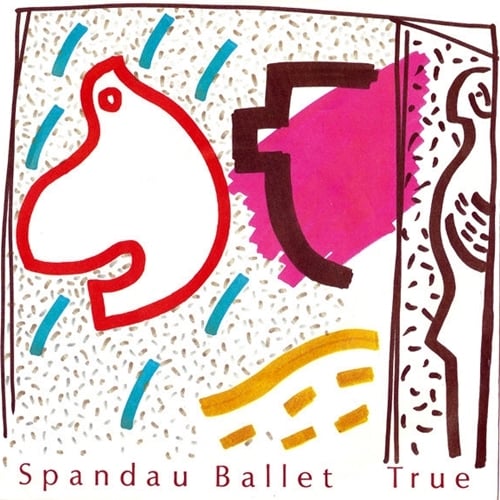 Spandau Ballet undoubtedly reached their peak in 1983 with the release of their album True, the title track of which reached number one in the United Kingdom.

The titular lead single also did extremely well overseas, winning an award in 2011 for being one of the most popular songs in the history of the United States, with over four million plays on their radio stations.

4. Three members of the band members took Gary Kemp to court in 1999 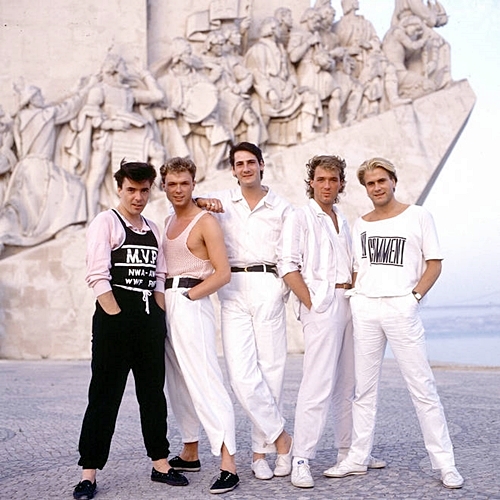 Spandau Ballet split up in 1990 after ten years recording and performing together, and in 1999 Tony Hadley, John Keeble and Steve Norman took Gary Kemp to court.

The case against Kemp and his publishing company was for a share of the band’s songwriting royalties, which is thought to be the main reason that they parted ways in the first place, but Kemp came away victorious after a judge ruled in his favour.

3. Gary and Martin Kemp both embarked on successful acting careers 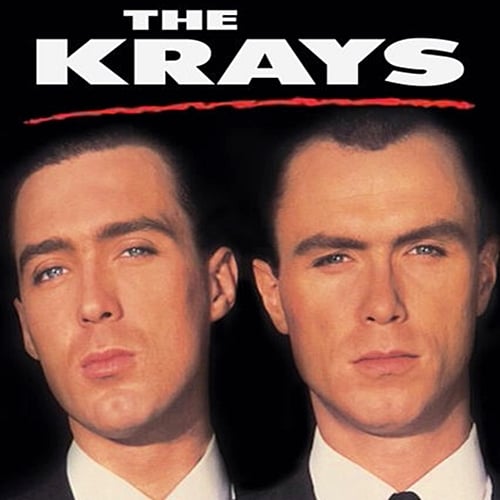 After the group went their separate ways Tony Hadley continued his career in the music business as a solo singer, often asking his former bandmate John Keeble to play drums for him, whilst saxophonist Steve Norman played at live music events and collaborated with a number of different singers.

Brothers Gary and Martin Kemp decided to try something completely different by pursuing a career in acting, even appearing together in the 1990 film The Krays, in which they portrayed the real-life British gangster twins Ronald and Reginald Kray.

2. The remaining three members of the band continued touring without the Kemp brothers 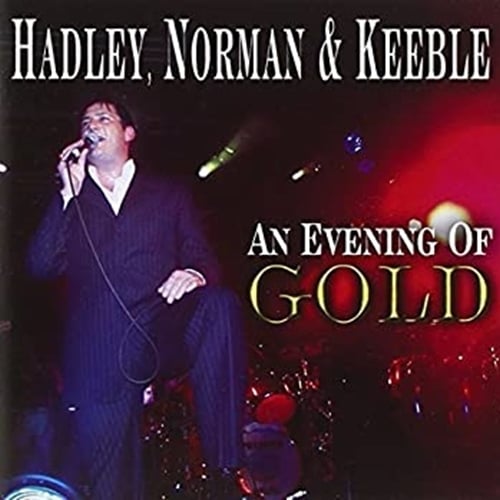 After the band’s split and court case, Tony Hadley, John Keeble and Steve Norman continued to tour whilst the Kemp brothers chased their dream of becoming Hollywood stars.

The trio had to sell their Spandau Ballet shares to Gary Kemp in order to pay off legal debts, and because they didn’t have the rights to use the band’s name, were forced to tour as ‘Hadley, Norman and Keeble, ex-Spandau Ballet.’

1. They patched up their differences in 2009 for a greatest hits world tour 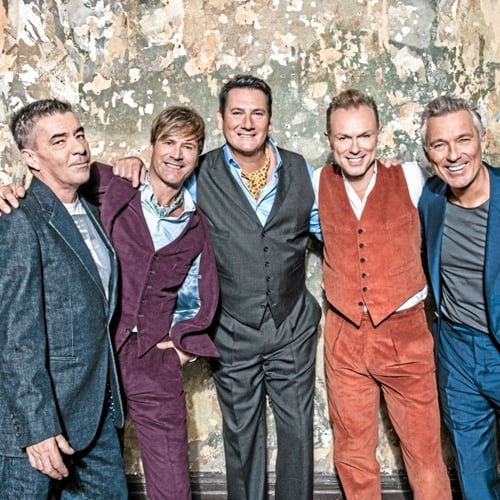 The group managed to patch up their differences, and in 2009 reformed to embark on a greatest hits world tour that proved to be a massive success with their legion of fans.

Eight years later lead singer Tony Hadley decided to leave the group for good, and although he was replaced with Ross William Wild for a number of performances, as things stand there are no plans for Spandau Ballet to tour again.