The 80s was awash with some of the best action figures that the toy industry has ever produced, and whether they were promoting films or cartoons, we absolutely lapped them up. But some were a little more, shall we say, niche.

Below are 10 action figure toy ranges we believe you didn’t even know existed until today, but if we’re wrong, be sure to let us know! 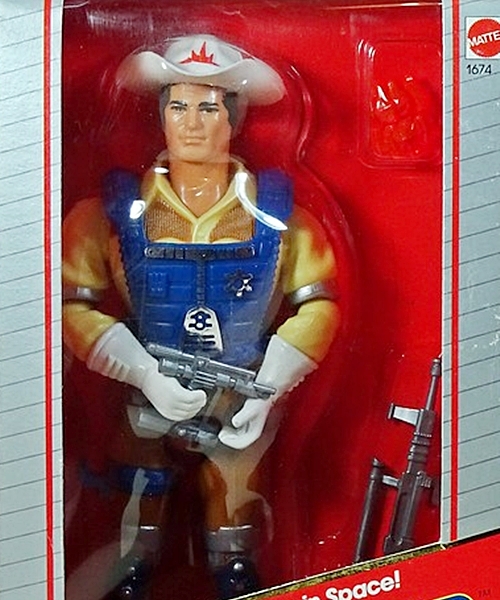 BraveStarr was a Native American who used the power of spirit animals to give him his various strengths (can you remember what they were?) We’re sure that many of you were big fans of the animated series, but how many of you knew there was a range of toys based on it?

The toy line was released in 1986 and mainly consisted of eight inch action figures, some of which came with ‘Laser Fire Backpacks.’ Also available were video games, comic books and various other associated merchandise. 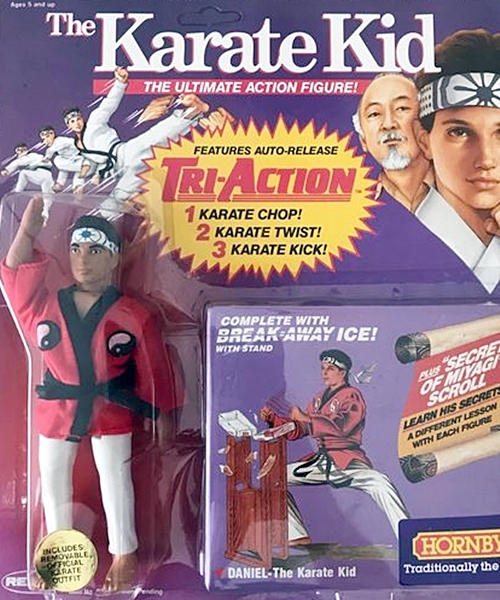 The original 1984 The Karate Kid film was a massive commercial success and spawned two sequels, as well as a more recent remake. But did you know there was a range of toys based on it?

Because, as well as Karate Kid actions figures that had hands that chopped and legs that kicked, you could also purchase lots of other merchandise, including a video game, books and even your very own Karate Kid head-band.

8. Buck Rogers in the 25th Century 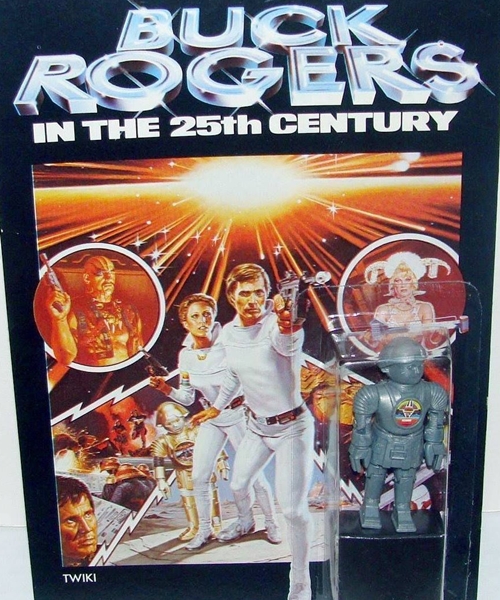 There were only 37 episodes of the Buck Rogers in the 25th Century TV show before it was cancelled, but that didn’t stop it being one of our favourite childhood TV watching pleasures.

But do you ever remember seeing Buck Rogers in the 25th Century action figures on your toy shop shelves? Personally we don’t, but we’re reliably informed that you could purchase all of the main characters, and even some of the spaceships. 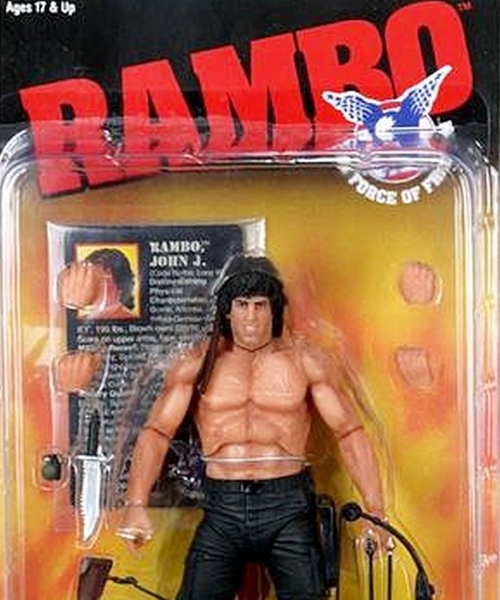 He’s one of the most legendary characters of the entire 1980s, but whilst many of you will be able to name all of the movies he featured in, how many of you owned a John Rambo action figure?

The toys were actually based on the ‘Rambo and the Forces of Freedom’ animated series, were seven inches tall, and were on toy shop shelves alongside a number of different weapons and vehicles.

6. Captain Planet and the Planeteers 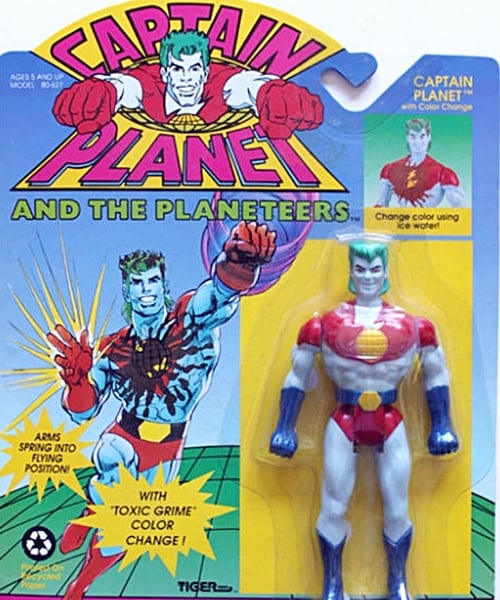 Despite being a show that was mainly created to encourage young people think more about the environment, Captain Planet and the Planeteers was also a really fun cartoon that we remember enjoying rather alot.

But despite our love for the TV show, we don’t ever remember seeing the action figure toy range in our local shops. This saddens us somewhat, as we would love to have owned the Captain or one of his Planeteers! 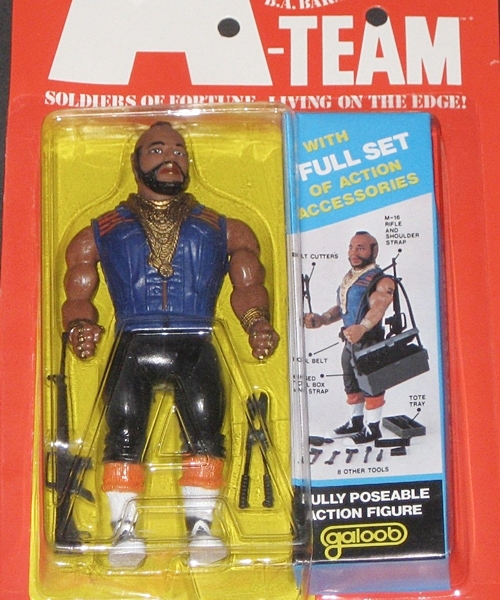 An eighties kid simply wasn’t an eighties kid if they weren’t a fan of The A-Team, but whilst many of us were constantly watching the legendary TV show, not so many of us owned the action figures, or the team’s classic black and red van.

Although interestingly, despite what the toys will tell you, the A-Team’s GMC van was not actually black and red, but black, red and grey. 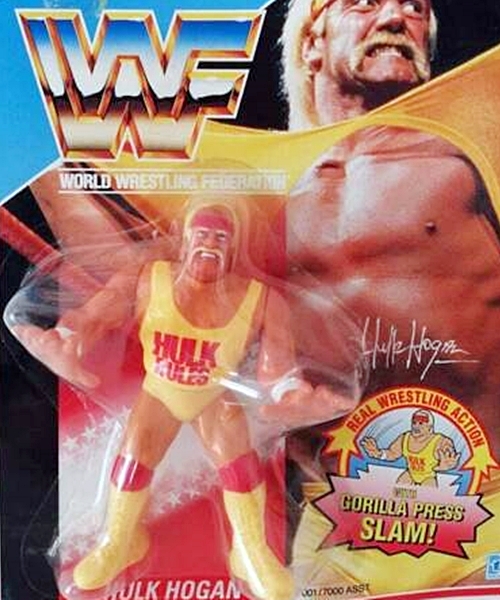 WWF Wrestling Superstars were the first action figures based on WWF wrestlers, and although we didn’t own any ourselves, we remember one of our friends having the whole set!

WWF Wrestling Superstars toys were available to buy from 1984 to 1989, when sadly they were discontinued after their maker went bust. 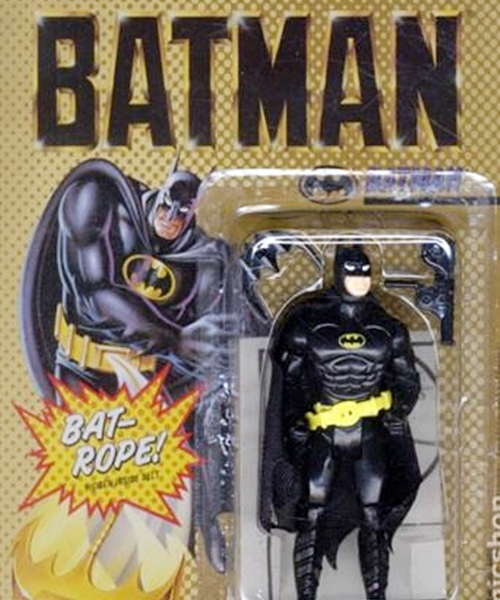 These days you can’t move for Batman toys, whether they be Lego or otherwise, but do you remember the Batman toy range that was on shop shelves during our childhood?

Personally, we owned a Batman figure that we believe was based on the 1989 Tim Burton movie. He had a grappling hook with a line that looked far longer in our Argos catalogue than it ended up being in real life! 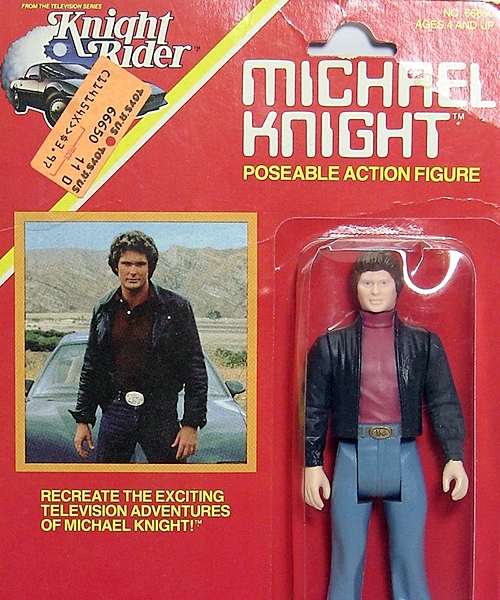 As well as the various spin-off shows and TV movies, the brilliant Knight Rider franchise also had a vast range of merchandise, including books and computer games.

But were any of you lucky enough to own a toy K.I.T.T. car? Or even better, did you get your hands on a Michael Knight action figure? Imagine tucking up next to the gorgeous David Hasselhoff every night! 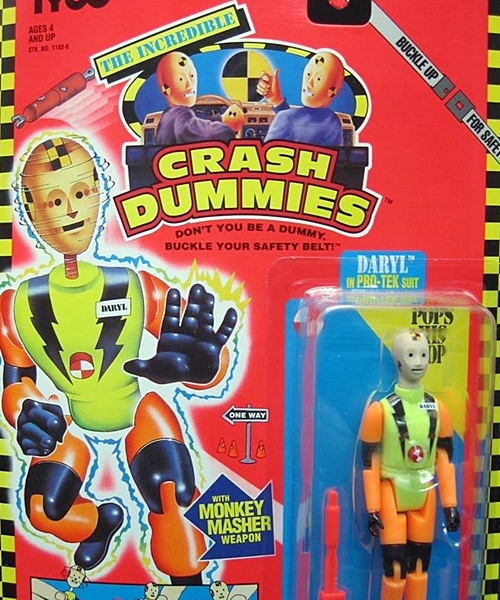 They were based on the full-sized crash test dummies from 1980s public service videos, and we’re not quite sure how they got away with selling them to children!