Showing off, winning and swapping collectables was a classic playground pastime, and there are few more memorable collectables than Garbage Pail Kids.

The craze of collecting these often gruesome cards has stuck in the public consciousness ever since their 80s inception. 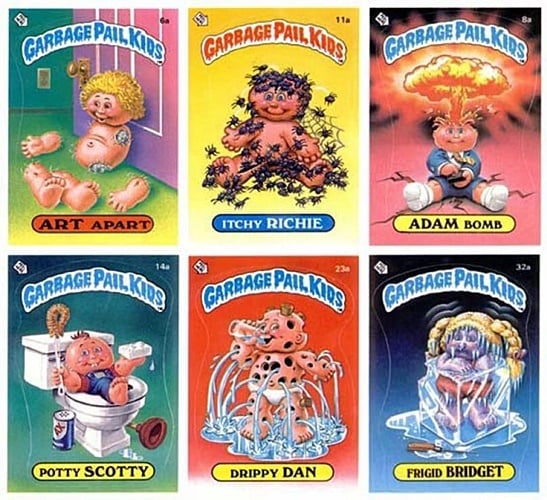 The original cards were an absolute delight, introducing characters like Adam Bomb, Blasted Billy and Drippy Dan – but we bet you’ll go wild for these GPK-style depictions of more recognisable figures. 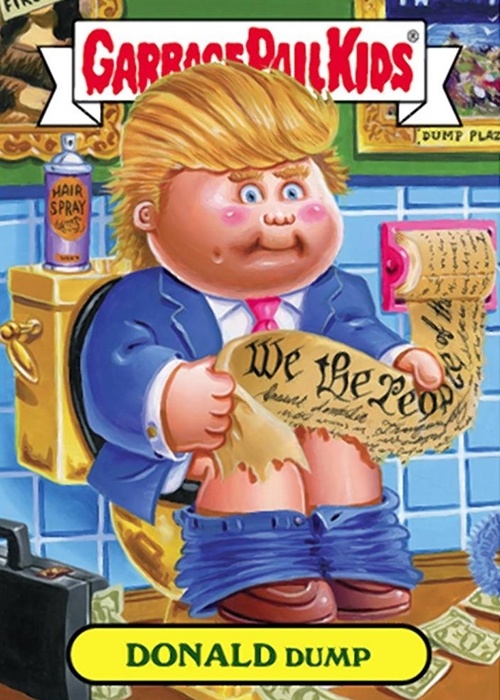 Even a President of the United States is not above reproach when it comes to being immortalised as a Garbage Pail Kid, and with the iconic and literal toilet humour that ran rampant in the 80s. 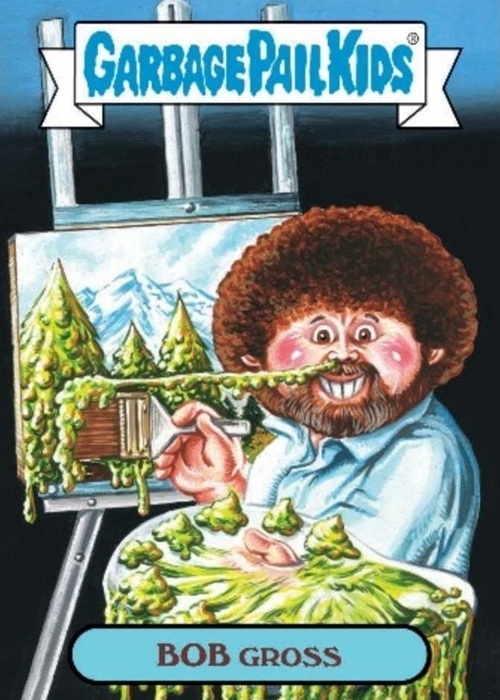 The late painter, teacher and TV host Bob Ross is using a particularly nasty body fluid to compose his latest masterpiece in this wonderfully snotty piece of art. 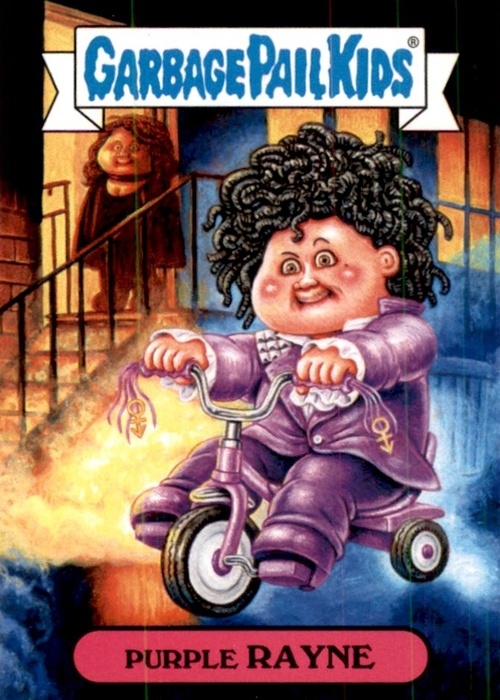 Many of the stars featured on these celebrity Garbage Pail Kids cards are sadly no longer with us, but what better image by which to remember Prince Rogers Nelson than the iconic poster for his 1984 film Purple Rain. 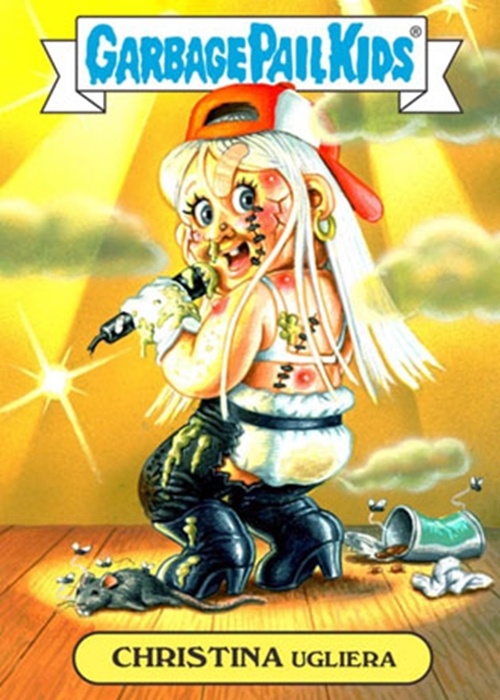 She might have won five Grammy awards during her illustrious career, but Christina Aguilera is most definitely not looking her best during this evidently noxious performance. 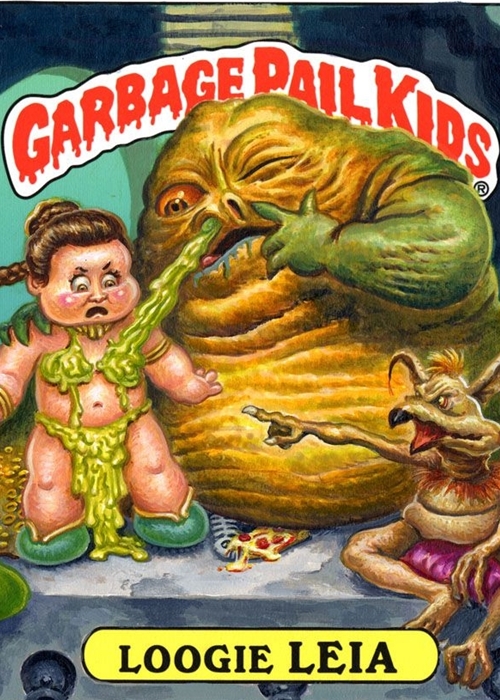 Jabba the Hutt is certainly not looking after his royal captive in this particular piece of disgusting art, with the slug-like crime lord covering his bikini-clad plaything in nasal fluid. 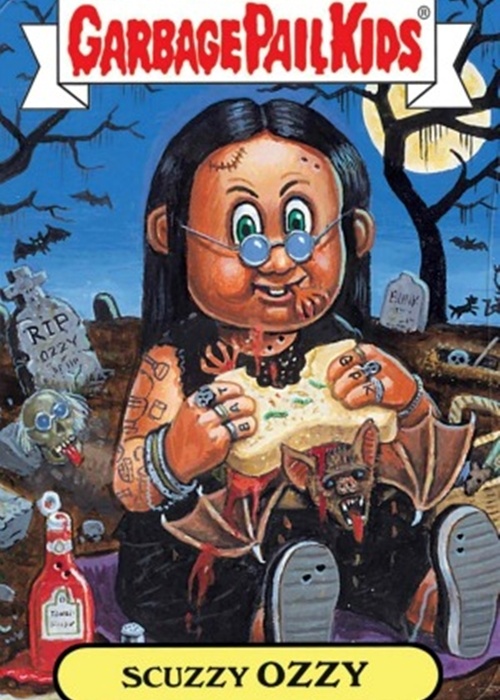 In 1982, Black Sabbath frontman Ozzy Osbourne bit the head off a dead bat during a live performance, a moment which has remained notorious to this day. 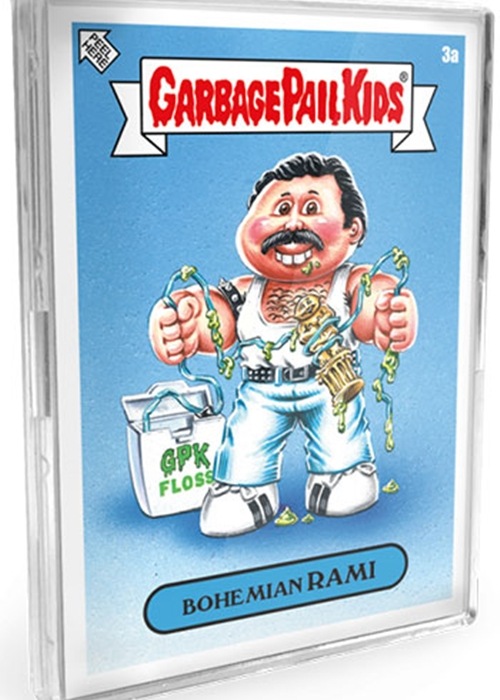 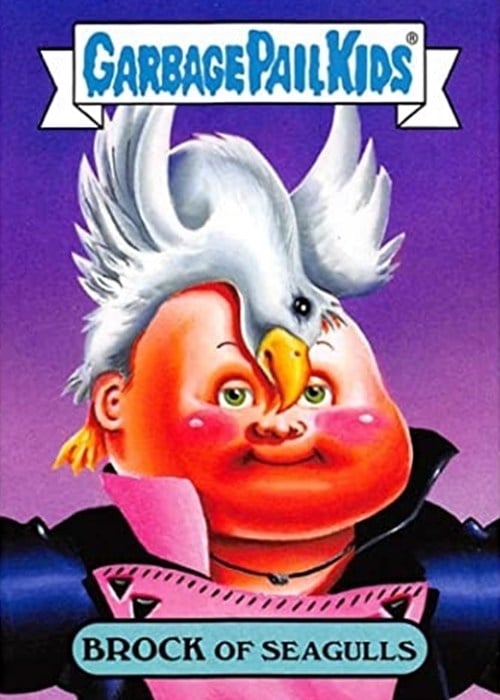 Not even early 80s synth-pop group A Flock of Seagulls can escape the wrath of the Garbage Pail Kids, who present a literal view on singer Mike Score’s absurd haircut. 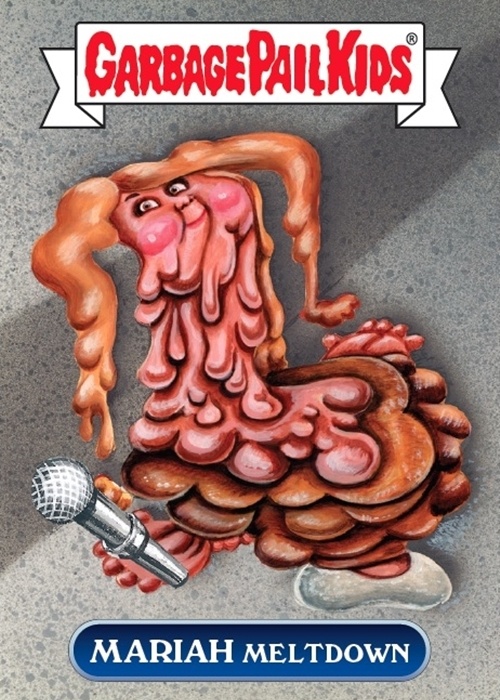 She’s well known for being a bit of a diva, but Mariah Carey is having a complete and utter meltdown in this particularly gruesome piece of artwork. 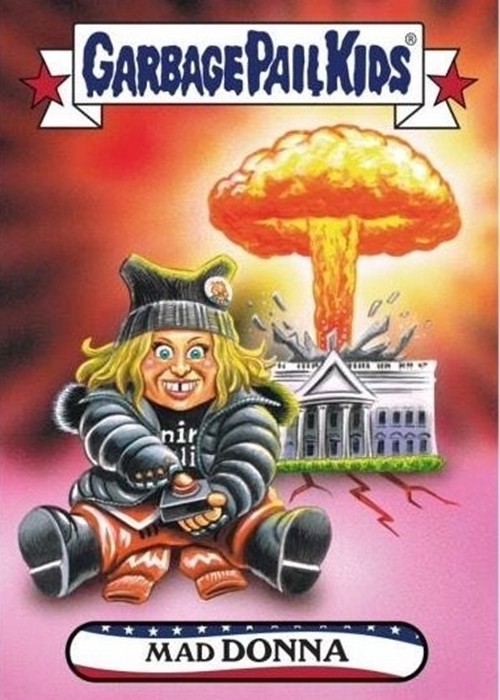 She later denied that she meant it literally, but ‘Queen of Pop’ Madonna did claim she had “thought an awful thought about blowing up the White House” during her speech at the 2016 Women’s March in Washington DC. 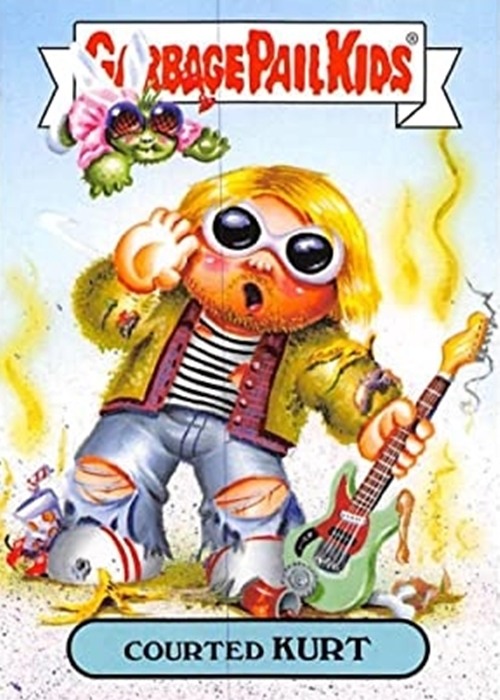 The iconic Nirvana singer Kurt Cobain is looking particularly smelly in this card, and we suspect that the love-struck fly is meant to represent a certain Courtney Love. 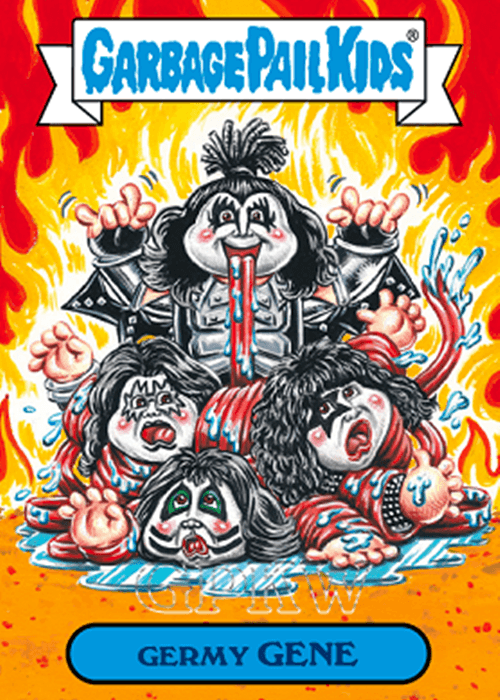 Gene Simmons from the US rock band Kiss seems to be causing some serious problems for the rest of his band-mates in this imaginatively disgusting artwork. 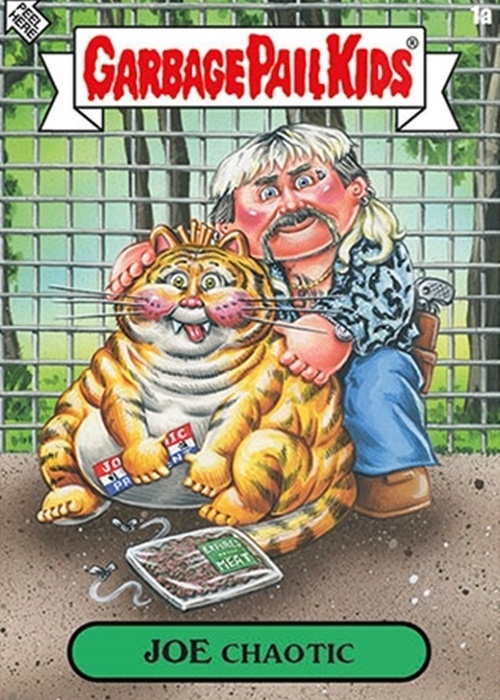 If you watched Tiger King on Netflix, then you’ll immediately recognise the figure depicted here, and you’ll be pleased to know that Joe Exotic’s rival Carole Baskin has a Garbage Pail Kids card of her own! 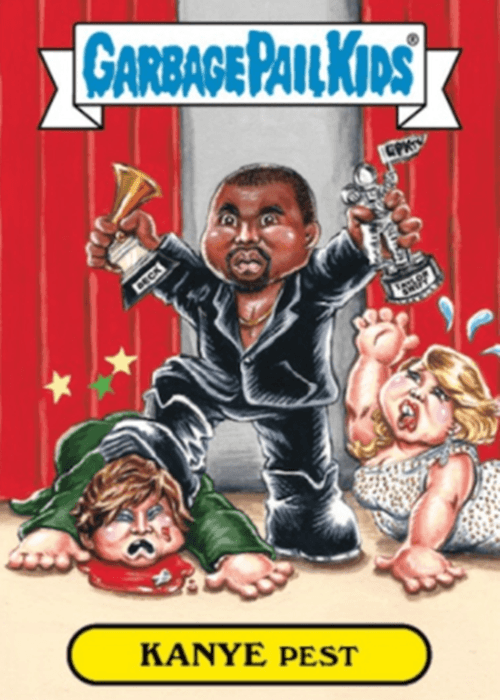 He may be a billionaire rapper, record producer, and fashion designer, but that didn’t stop Kanye West from being the star of his very own card.