A lot of celebrities remain tight-lipped over their personal views and opinions, preferring to keep the drama to a minimum. Let’s face it, who can really be bothered with the Twitter fallout that comes with expressing any hint of controversy?

However, there are a select few celebs who are incredibly vocal and make no secret of the fact that they have some decidedly wacky views. From UFO fanatics to HIV deniers, here are our top picks of celebrities with views you definitely weren’t expecting… 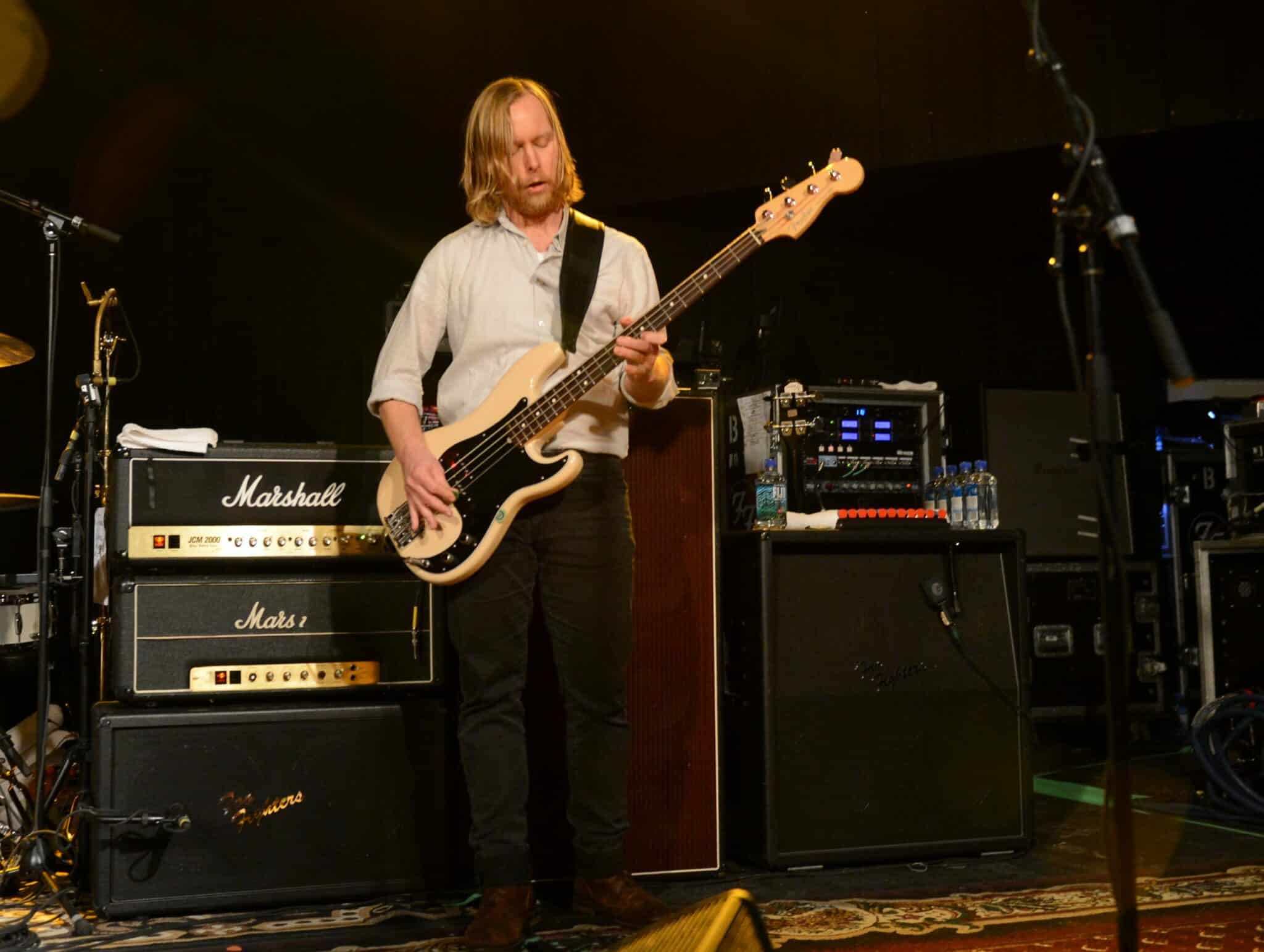 Rock stars have a reputation for being outlandish, but Foo Fighters bassist Nate Mendel takes this to the extreme by being an outspoken HIV denier. He believes that HIV is not related to AIDS, with some in his movement refusing to believe that HIV exists alltogether against all scientific evidence.

Mendel went so far as to organise a benefit concert to raise money for an organisation called Alive & Well AIDS Alternatives, at which the Foo Fighters performed. This was two decades ago, however, and in the years since Mendel and the rest of the Foo Fighters have tended to avoid the subject. 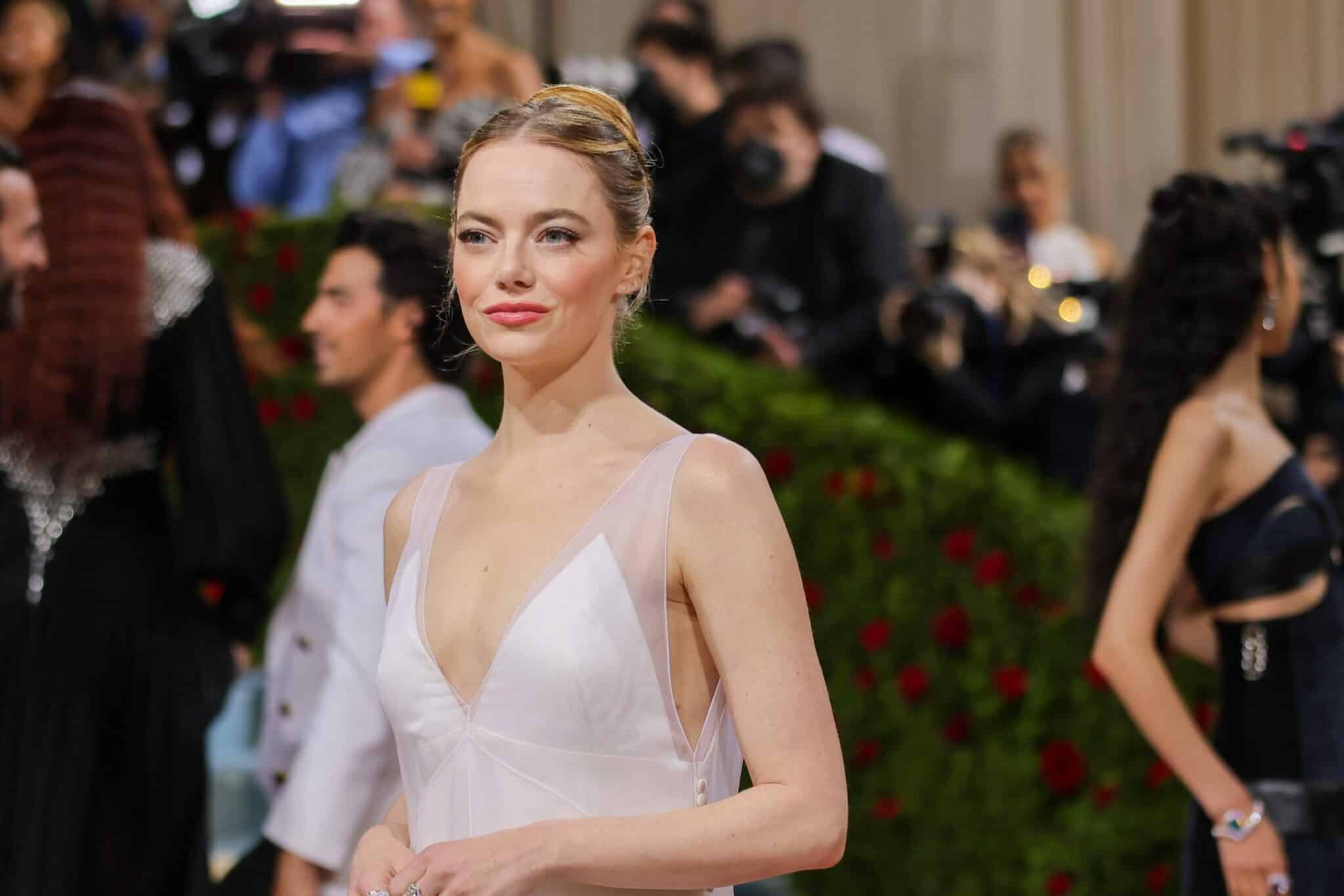 Oscar-winning La La Land actress Emma Stone seems like a pretty rational, down-to-earth woman. You might be surprised to learn then that she actually believes in ghosts, or at least just one. The ghost of her dead grandfather, to be more specific.

In a 2014 appearance on The David Letterman Show, Stone revealed she believed she was being haunted by the ghost of her late grandpa. According to the actress, the ghost left random quarters around her house, and “there’s a long family history of quarters”, whatever that means. 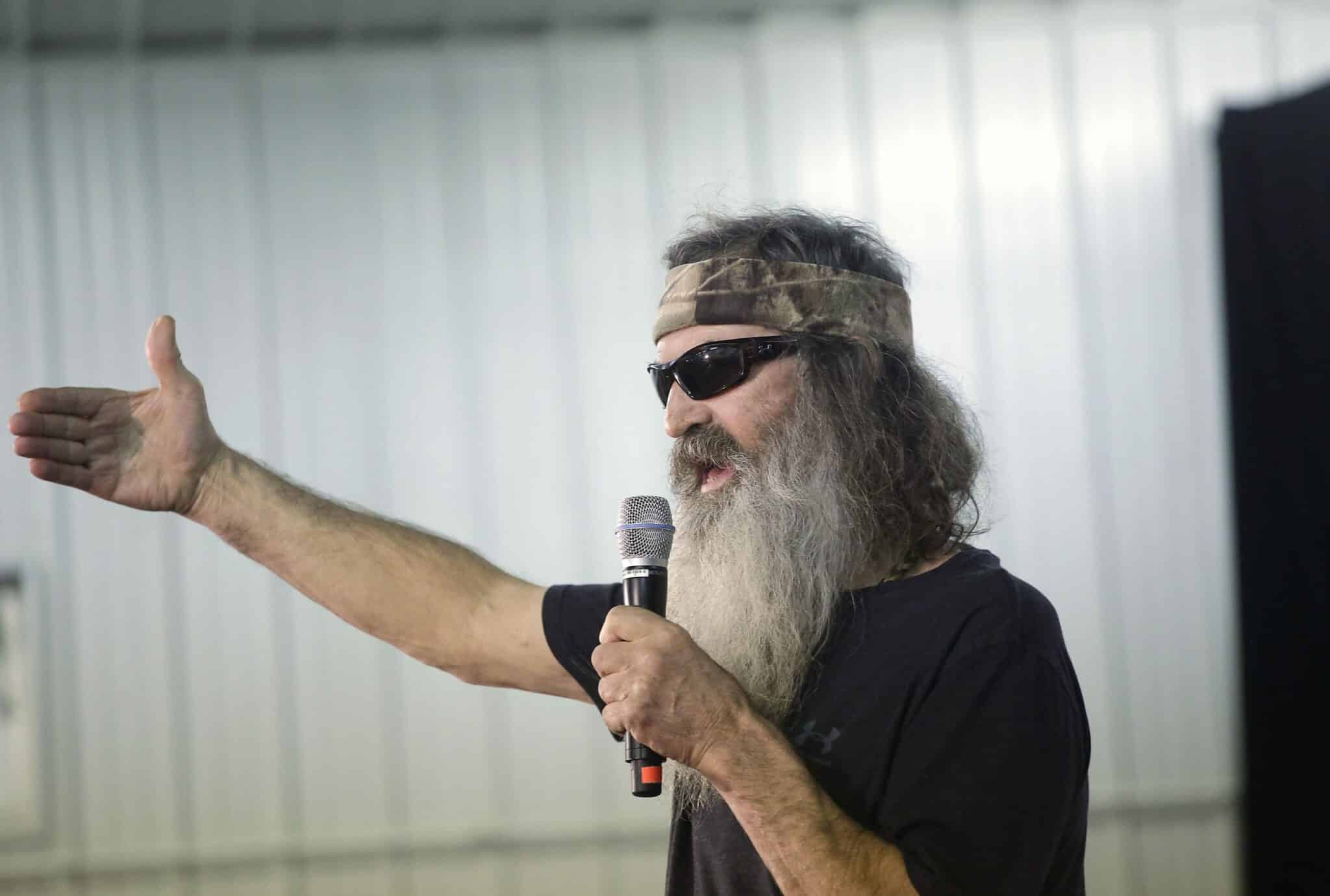 Duck Dynasty star Phil Robertson made quite the splash when an old video resurfaced, in which he urged men to marry women at just “15 or 16.” He explained that if “you wait ’til they get to be 20 years old, the only picking that’s going to take place is your pocket” and didn’t stop there.

Robertson expanded on the qualities a man should look for in a wife, saying: “make sure that she can cook a meal. You need to eat some meals that she cooks, check that out. Make sure she carries her Bible. That’ll save you a lot of trouble down the road.” Yikes!

17. Alicia Silverstone believes in feeding her baby like a bird 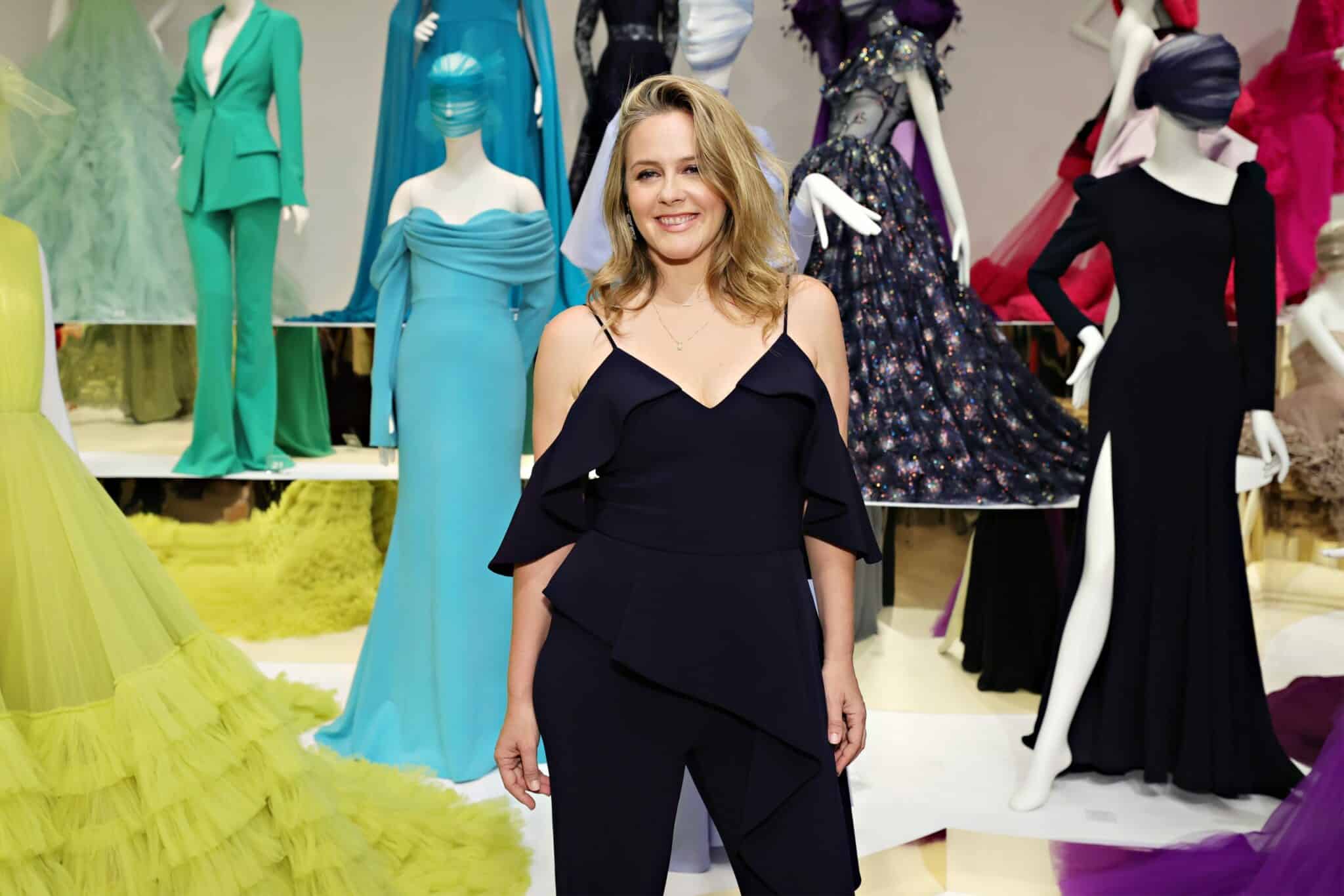 Clueless star Alicia Silverstone is an outspoken supporter of animal rights, but it seems she also feels humanity could do with being a bit more animal-like at times. Silverstone is a big believer in “kiss feeding”, a practice that takes the phrase “eating like a bird” to a whole new level.

A video clip posted to Silverstone’s blog back in 2012 demonstrates this bizarre technique for feeding young children. As you might have guessed, ‘kiss feeding’ consists of eating a bite of food, chewing it and then dropping it into a baby’s mouth, just like a bird would. 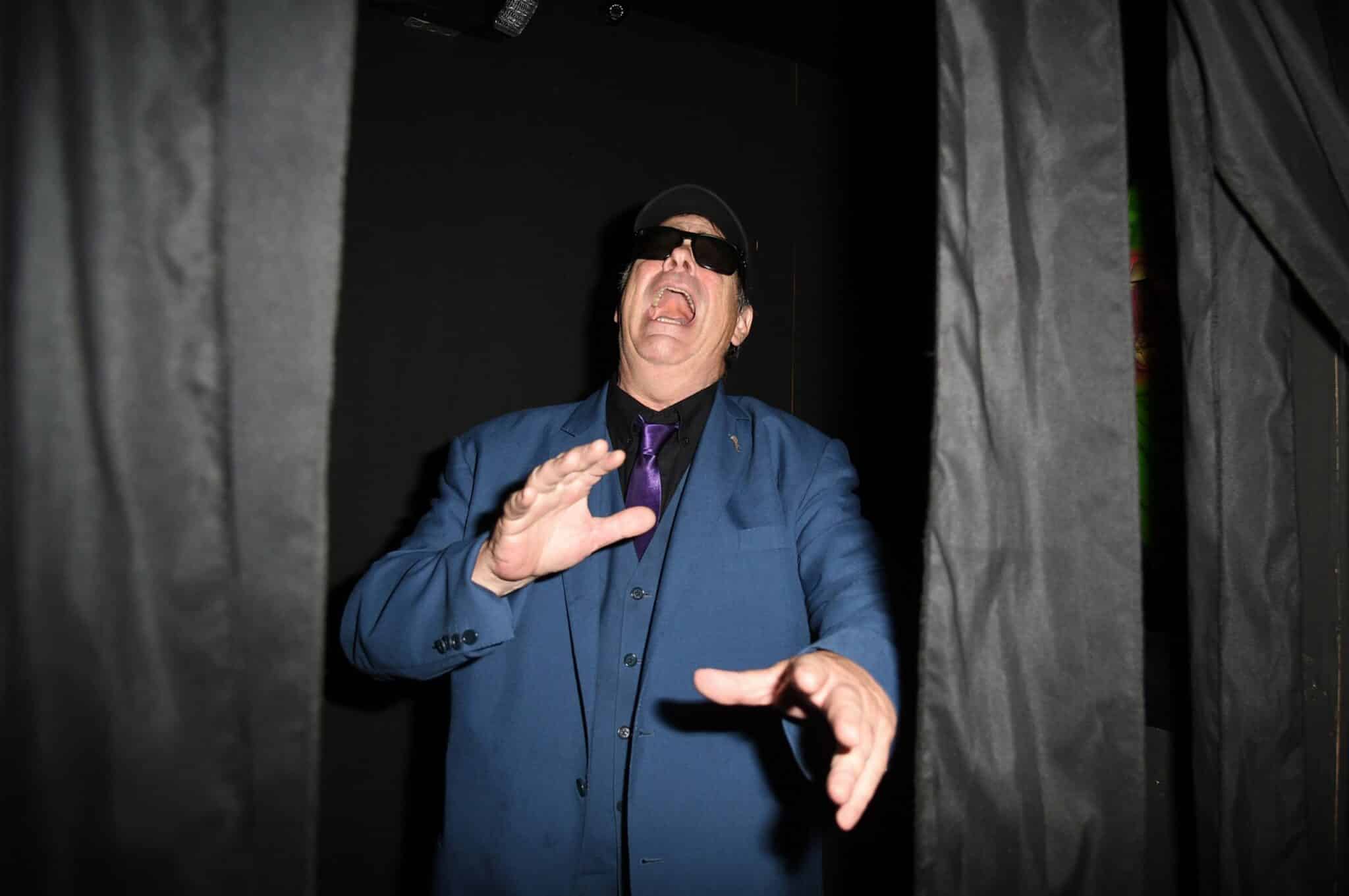 As might be apparent from his 1984 classic Ghostbusters, Dan Aykroyd is a firm believer in the paranormal, and not just ghosts! Aykroyd claims to have witnessed UFOs on more than one occasion, including seeing two flying 20,000 mph over Martha’s Vineyard in Massachusetts.

Aykroyd described the UFOs he spotted as “definitely aerial constructs of some kind. One of them with a light, and one of them dull grey.” He also believes that aliens choose to target planet Earth due to its art and culture, and is insistent the US Air Force knows about them.

15. Ke$ha believes she had sex with a ghost 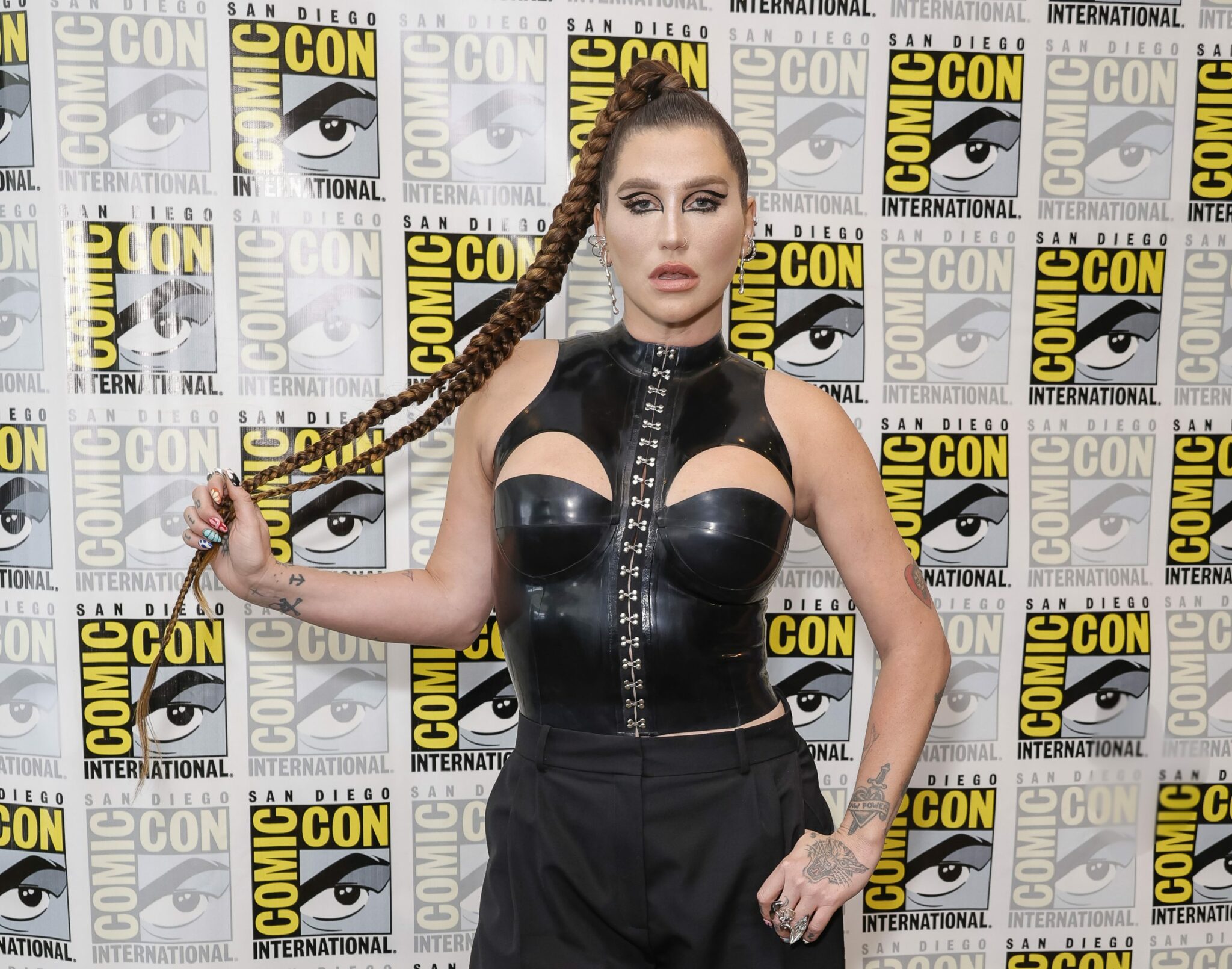 We suspect that there are quite a few celebrities who will admit to believing in the existence of ghosts. However, far fewer would claim to have actually had sex with one. One of those few is Ke$ha, who said her paranormal romantic experience had disastrous consequences.

Ke$ha confessed that she went on “regular spiritual journeys” as well as having slept with an actual ghost. In a 2013 interview with Rolling Stone, Ke$ha claimed that the ghost had actually taken over her body, leaving her unable to have intercourse with real humans for a time. 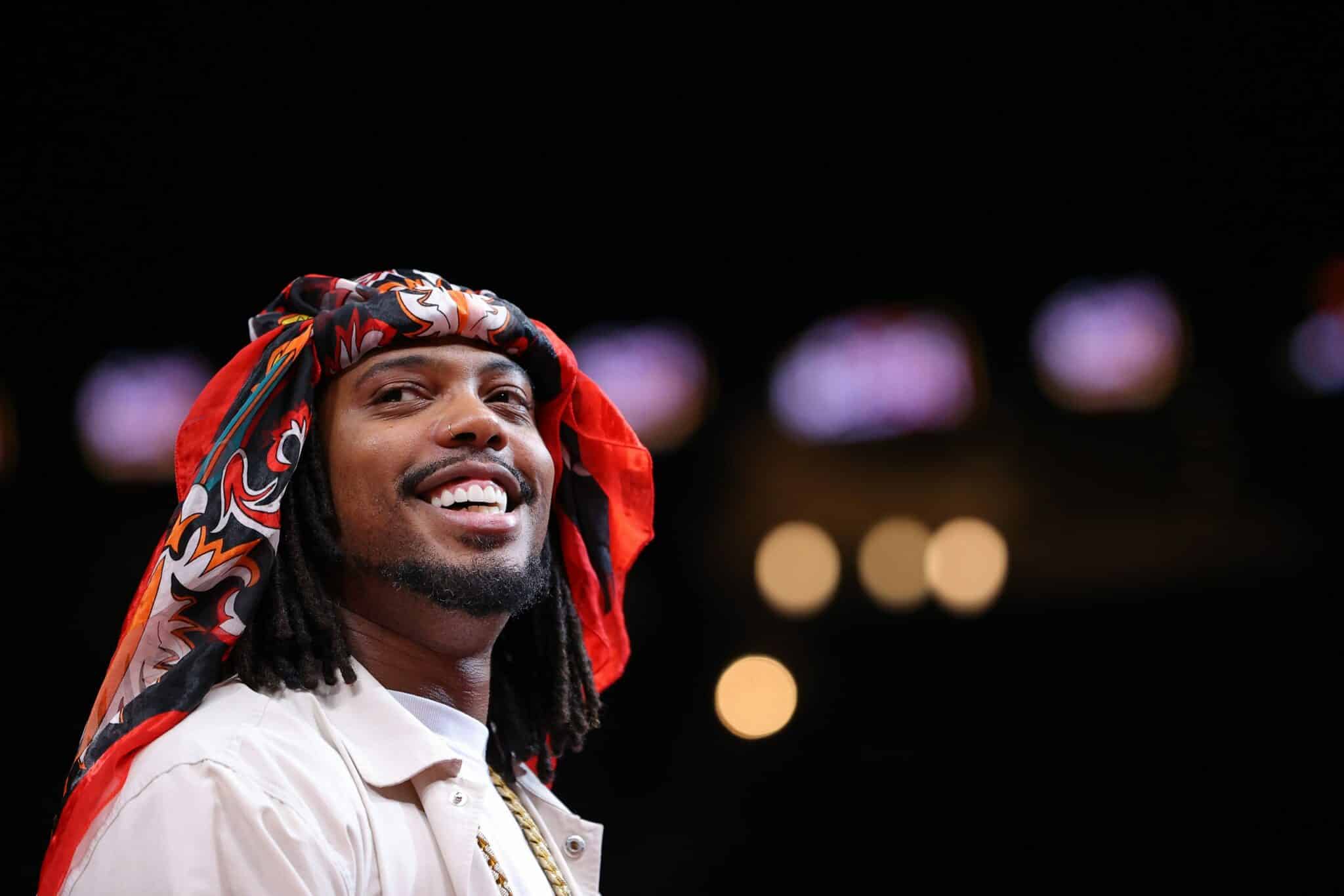 Rapper B.O.B, recently caught heat when he got into a debate with physicist Neil deGrasse Tyson, who disputed B.O.B’s claims that the Earth is flat. B.O.B had photographs “proving” his belief, posting pictures of the horizon from a “high altitude” and noting that you could not see the curve of the earth.

Tyson was quick to inform the rapper that the Earth’s curve was in fact hidden by the multiple high-rise buildings on the horizon. B.O.B is clearly not one to give up easily, even going so far as to write a song entitled Flatline, which is a “diss track” aimed at Tyson.

13. Ariana Grande believes she has seen, been haunted by a demon 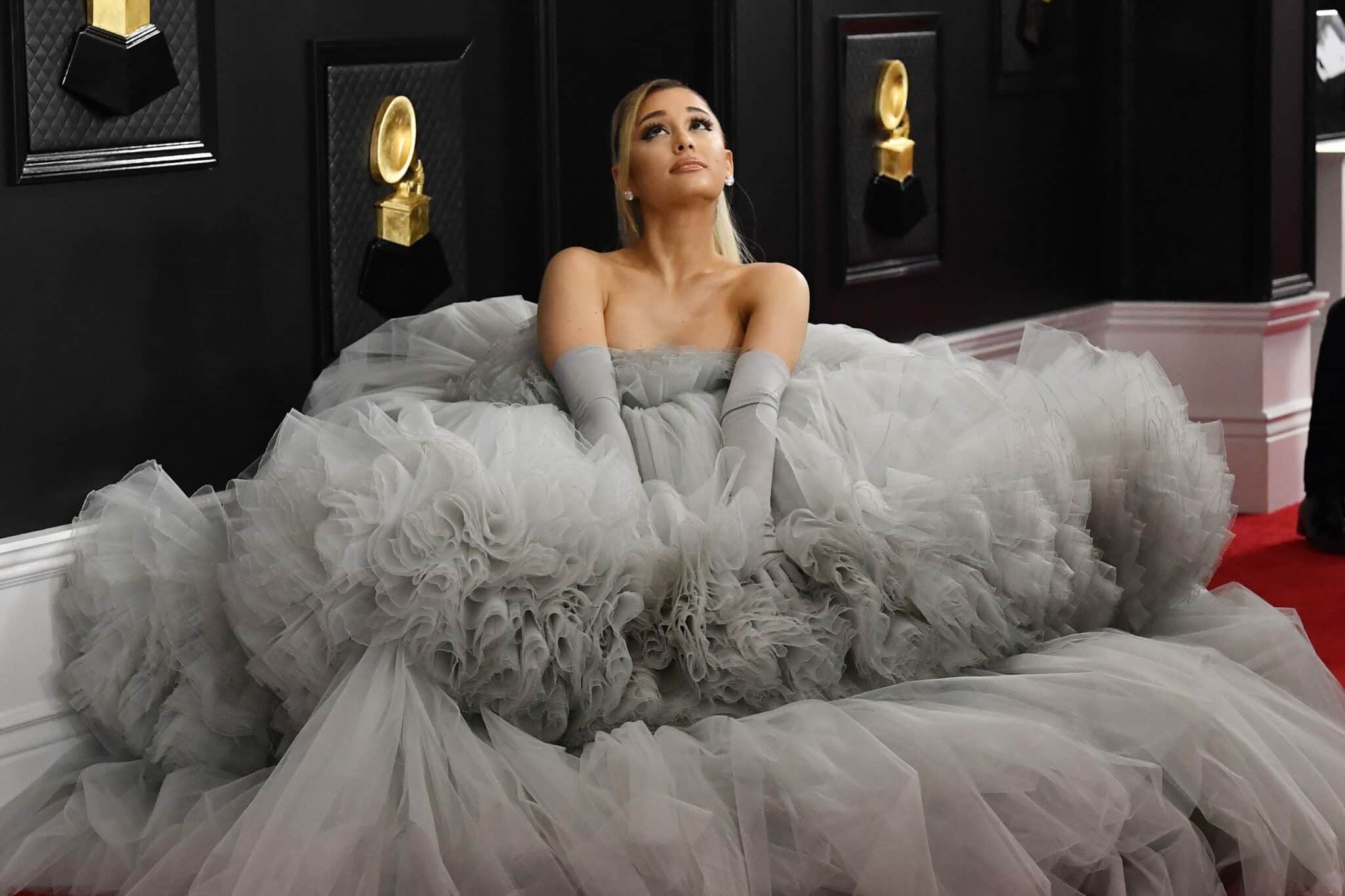 Ariana Grande may look rather angelic, but it seems she had a demonic experience she won’t be forgetting for a while. In a 2013 interview with Complex Magazine, Grande recalled a trip to Stull Cemetery in Kansas, supposedly one of the seven gates to Hell on Earth.

According to Grande, during her visit, she felt a “sick, overwhelming sense of negativity” and smelled sulphur, apparently a mark of a demon. Grande even managed to snap a picture of the demonic creature, which she described as “three super distinct faces.” 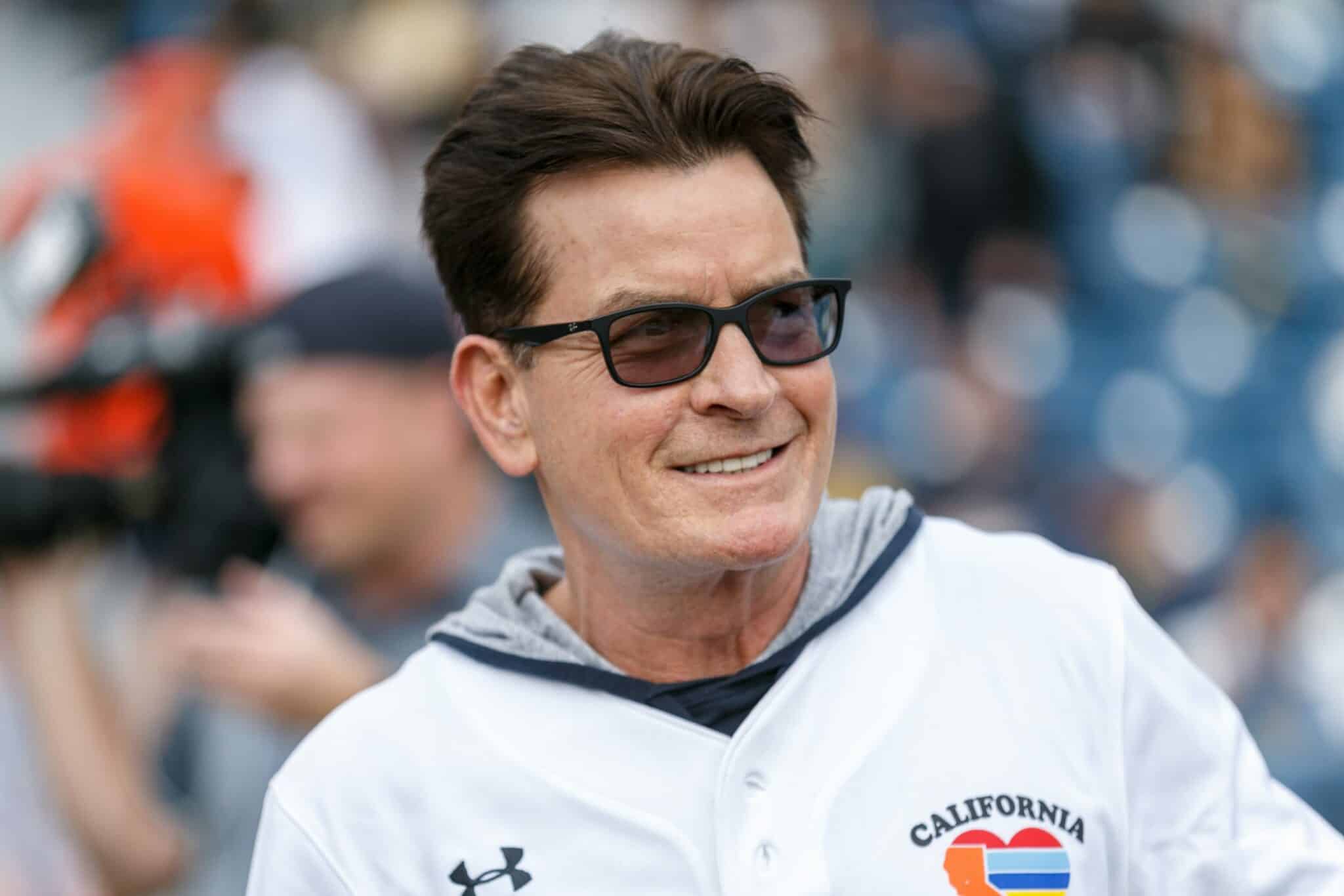 Charlie Sheen might be known for his outrageous antics, but one of his most bizarre preoccupations is his fascination with the Loch Ness Monster. The notorious actor is so dedicated to the cause that, in 2013, he embarked on an expedition in search of the mysterious creature.

Sheen was nothing if not prepared, asking the manager at the hotel he was staying in for “an old-style wooden rowing boat, a traditional Tilley lamp, a boat hook, a thick chain… and a leg of lamb.” After buying a rowing boat for £2500, Sheen didn’t find Nessie but did claim the lamb’s leg disappeared. 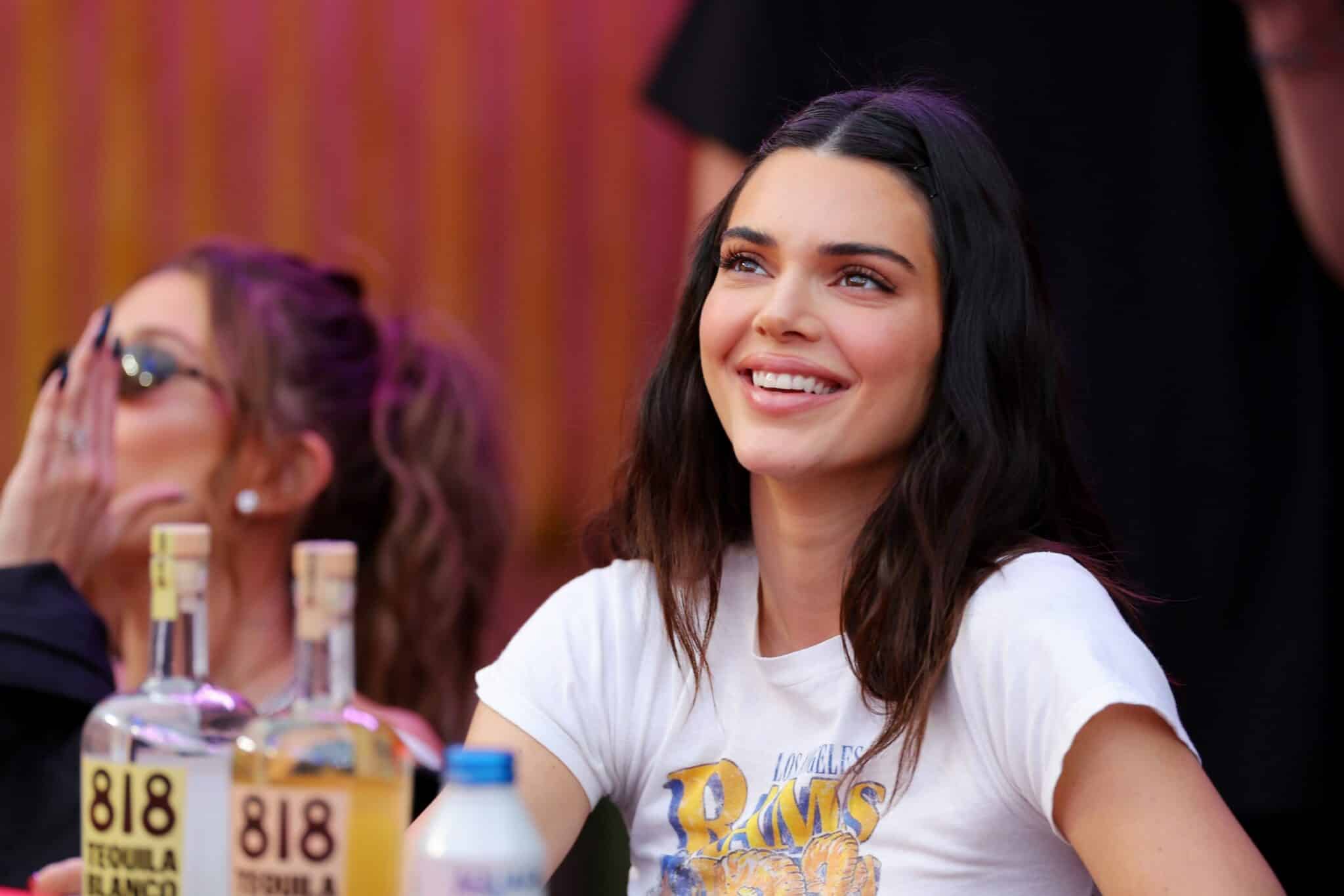 Kylie Jenner is reportedly a big believer in the chemtrail conspiracy, believing that the government has aeroplanes which emit harmful chemicals into the sky. Why? Either to eradicate the human race or to destroy the honey bees essential to our survival.

Back in 2015, Jenner, unafraid to make her beliefs known, took to Twitter to share her thoughts, saying: “Is something being exterminated here? Is that something me?” How incredibly ominous!

10. Fran Drescher claims she was abducted by aliens 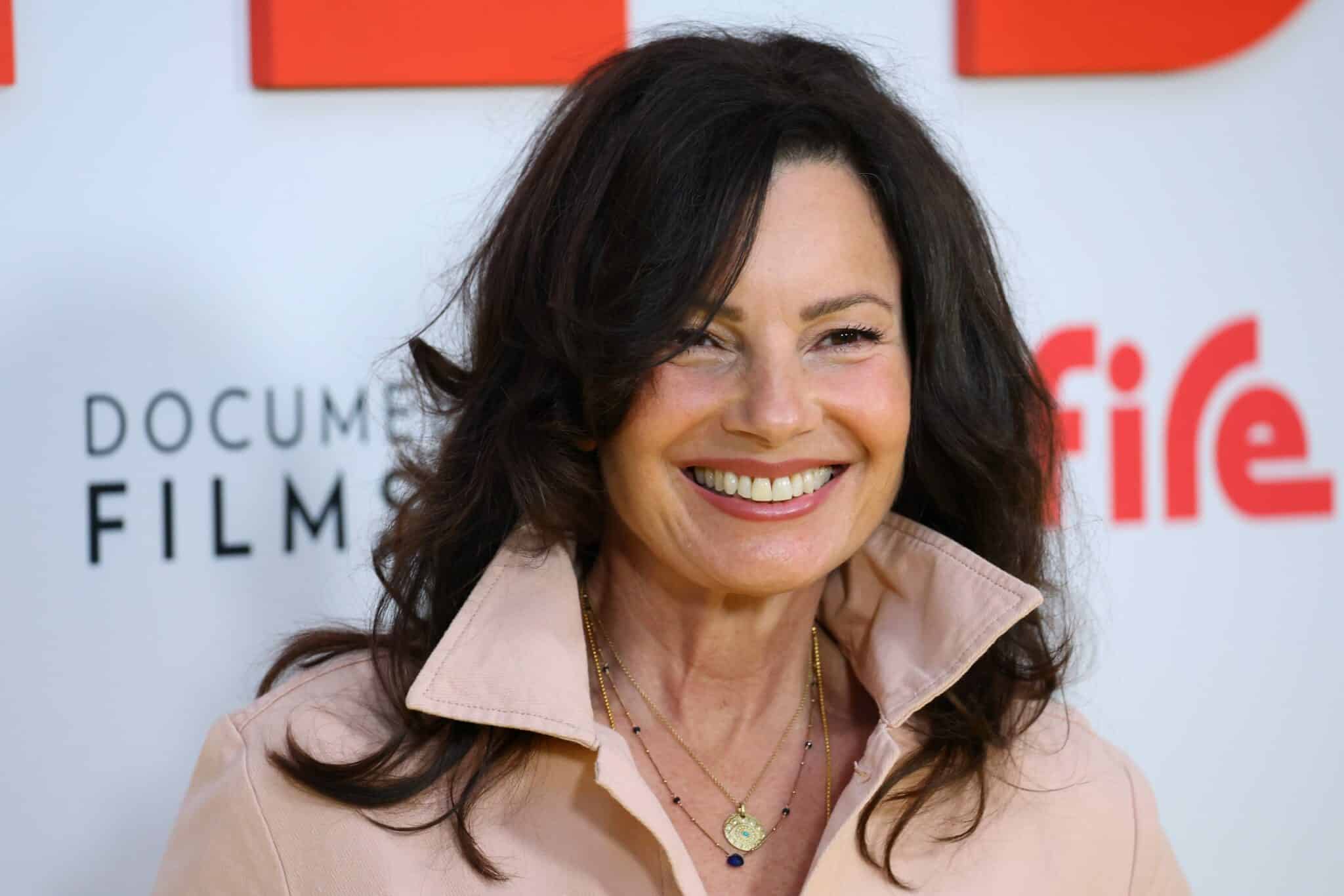 If Fran Drescher is to be believed, in her younger years she had some admirers who were quite literally out of this world. Drescher has stated publicly that both she and her ex-husband Peter Marc Jacobson were abducted by extra-terrestrial beings, in separate incidents.

Drescher says, “Peter and I both saw (aliens) before we knew each other… in all seriousness. We were both in junior high. A few years later, we met, and we realised that we had the same experience. I think that somehow we were programmed to meet.” Spooky!

9. Marion Cotillard thinks the Moon landing might have been faked 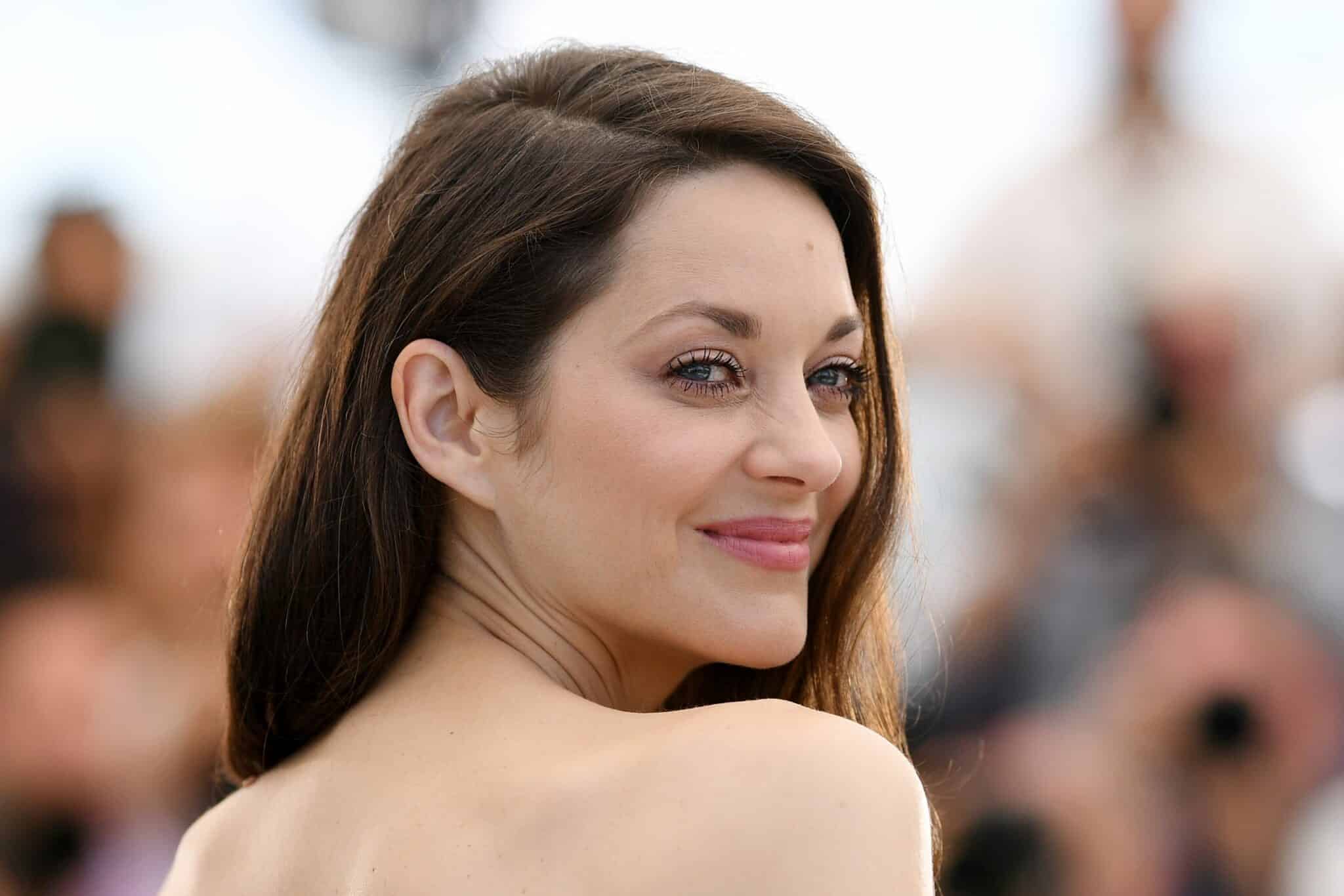 French actress Marion Cotillard shot to international fame after winning the 2008 Best Actress Oscar for Édith Piaf’s biopic La Vie en Rose. But while Cotillard has been embraced by the Hollywood establishment, she has admitted to being sceptical of some historical events.

For one, the actress has voiced her support for one of the most enduring conspiracy theories of them all: that NASA faked the 1969 Moon landing, saying: “Did a man really walk on the Moon? I saw plenty of documentaries on it, and I really wondered. In any case, I don’t believe all they tell me.” 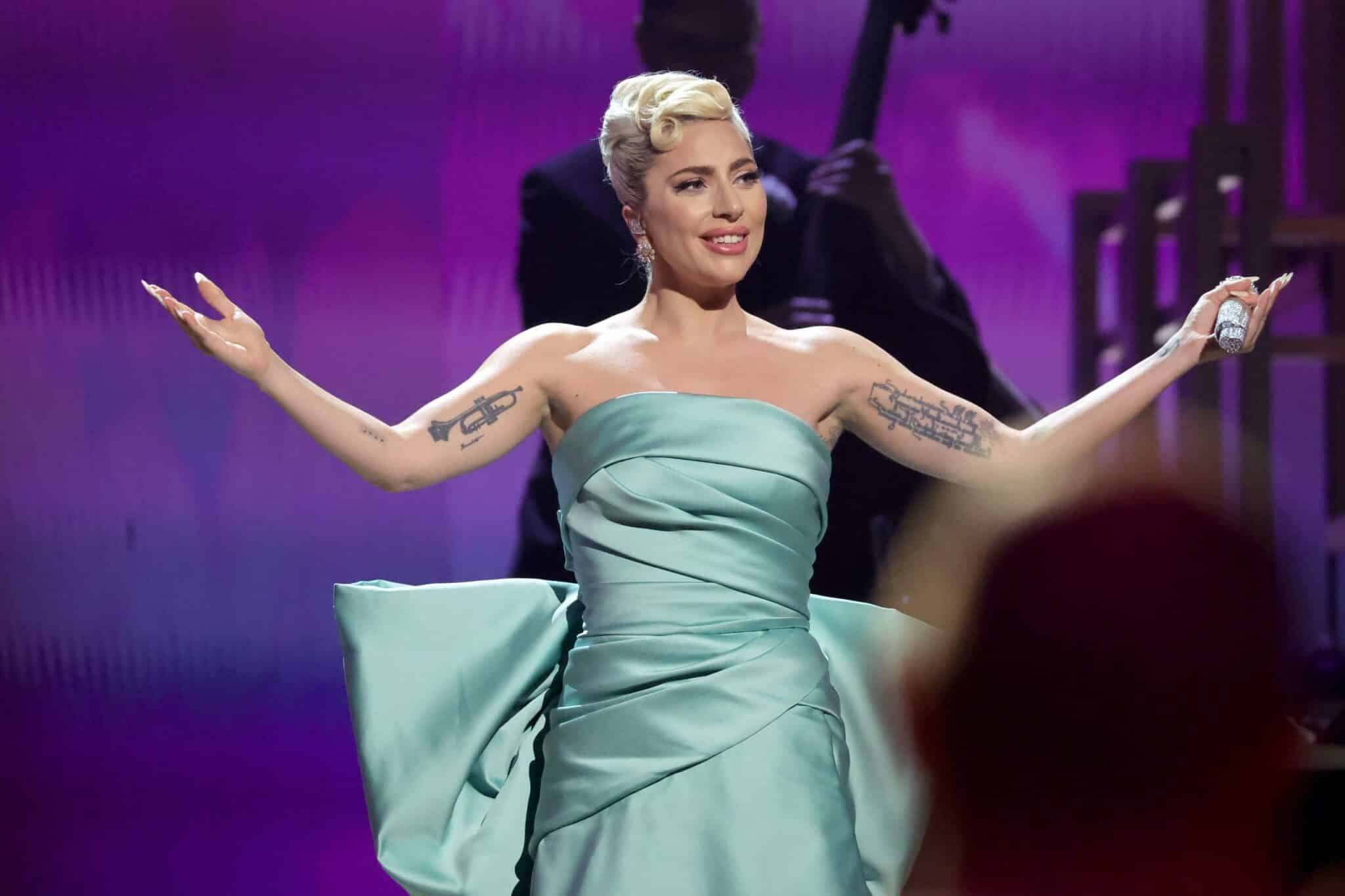 Ever since her rise to global pop superstardom, Lady Gaga’s image has largely hinged on her own eccentricities, from her refusing to confirm her gender in interviews to wearing a meat dress. As such, it was entirely in character for Gaga to profess in 2010 that she was celibate.

What made the whole thing even more Gaga were the glamorous singer-songwriter’s reasons for choosing celibacy. The pop idol stated, “I have this weird thing that if I sleep with someone, they’re going to take my creativity through my vagina.” Sure, Gaga! 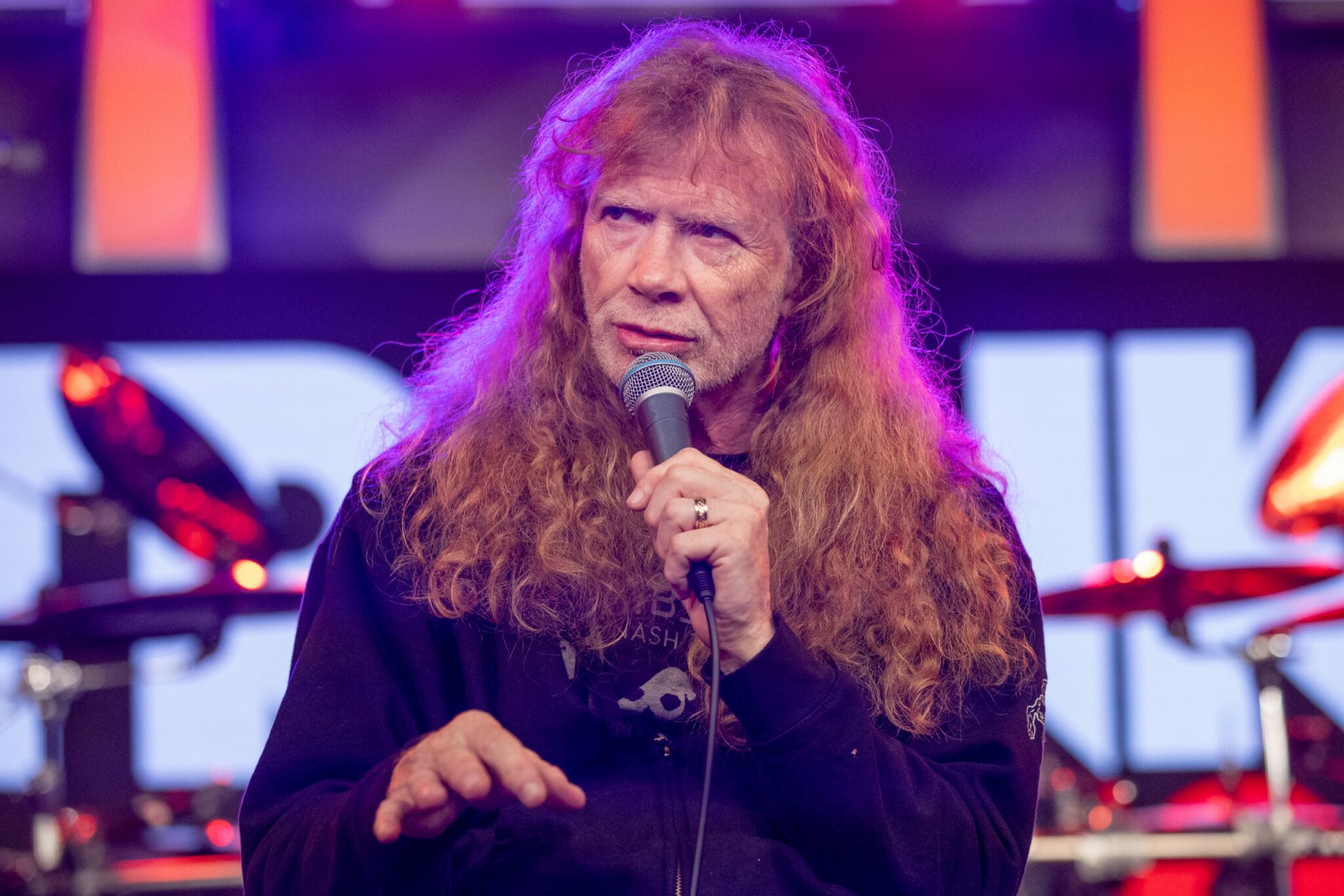 Megadeth founder-member Dave Mustaine has for decades been one of the most influential figures in heavy metal music. However, Mustaine has also long been notorious for his incendiary personality, which eventually saw him get kicked out of Metallica.

In 2012, Mustaine’s explosive anger was targeted at one specific individual: Barack Obama. The rocker declared on stage at a 2012 concert in Singapore, “Back in my country, my president, he’s trying to pass a gun ban, so he’s staging all of these murders”, which is a pretty unhinged theory. 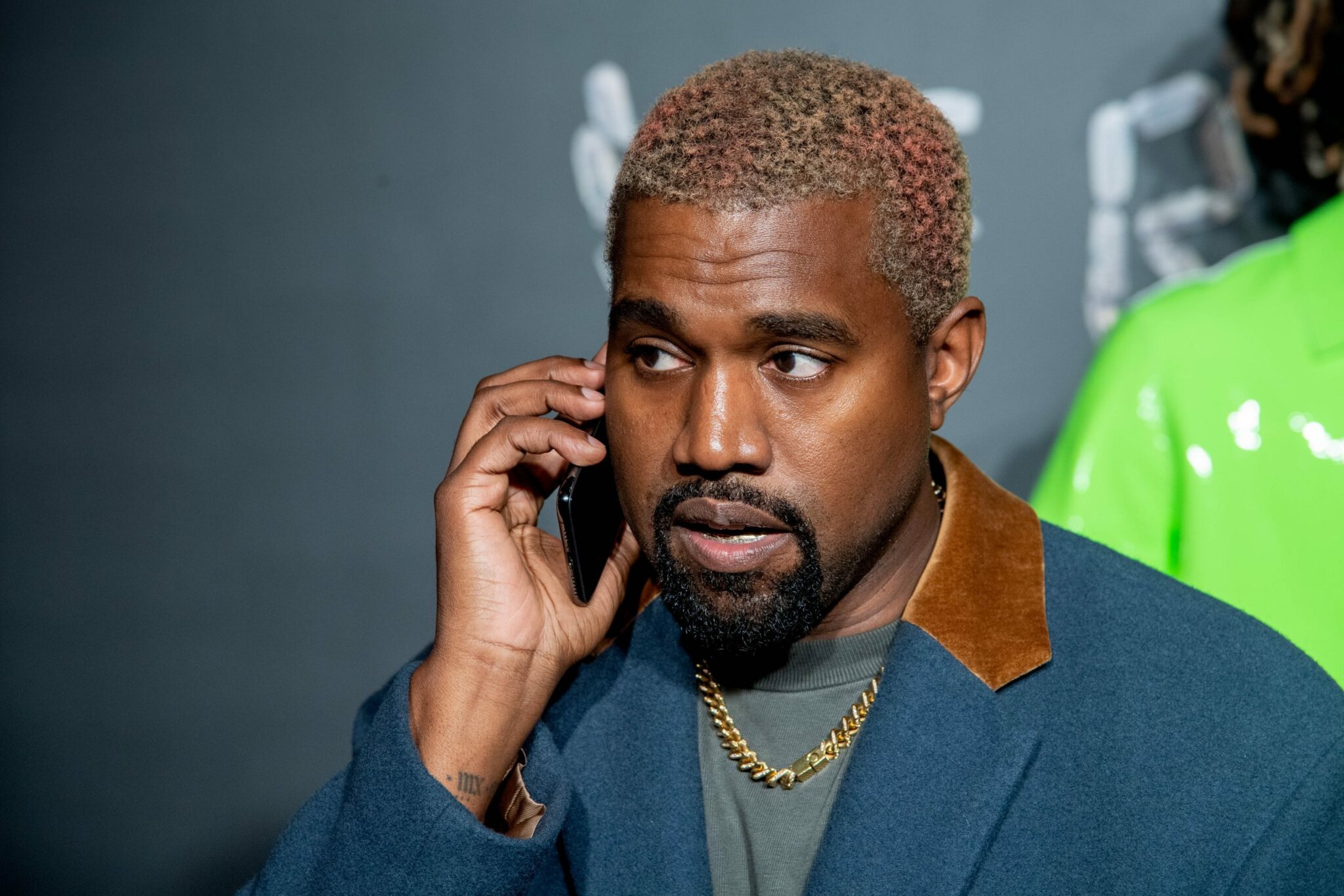 Let’s be frank: we could probably fill this entire list with nothing but bizarre opinions that Kanye West has voiced over the years. However, this one particular pronouncement takes the biscuit, West believes AIDS was manufactured by the government.

At the momentous Live 8 concert in July 2005, West flabbergasted the global audience by declaring on stage that AIDS is a “man-made disease… placed in Africa just like crack was placed in the black community to break up the Black Panthers.”

5. Axl Rose has a fear of the letter M 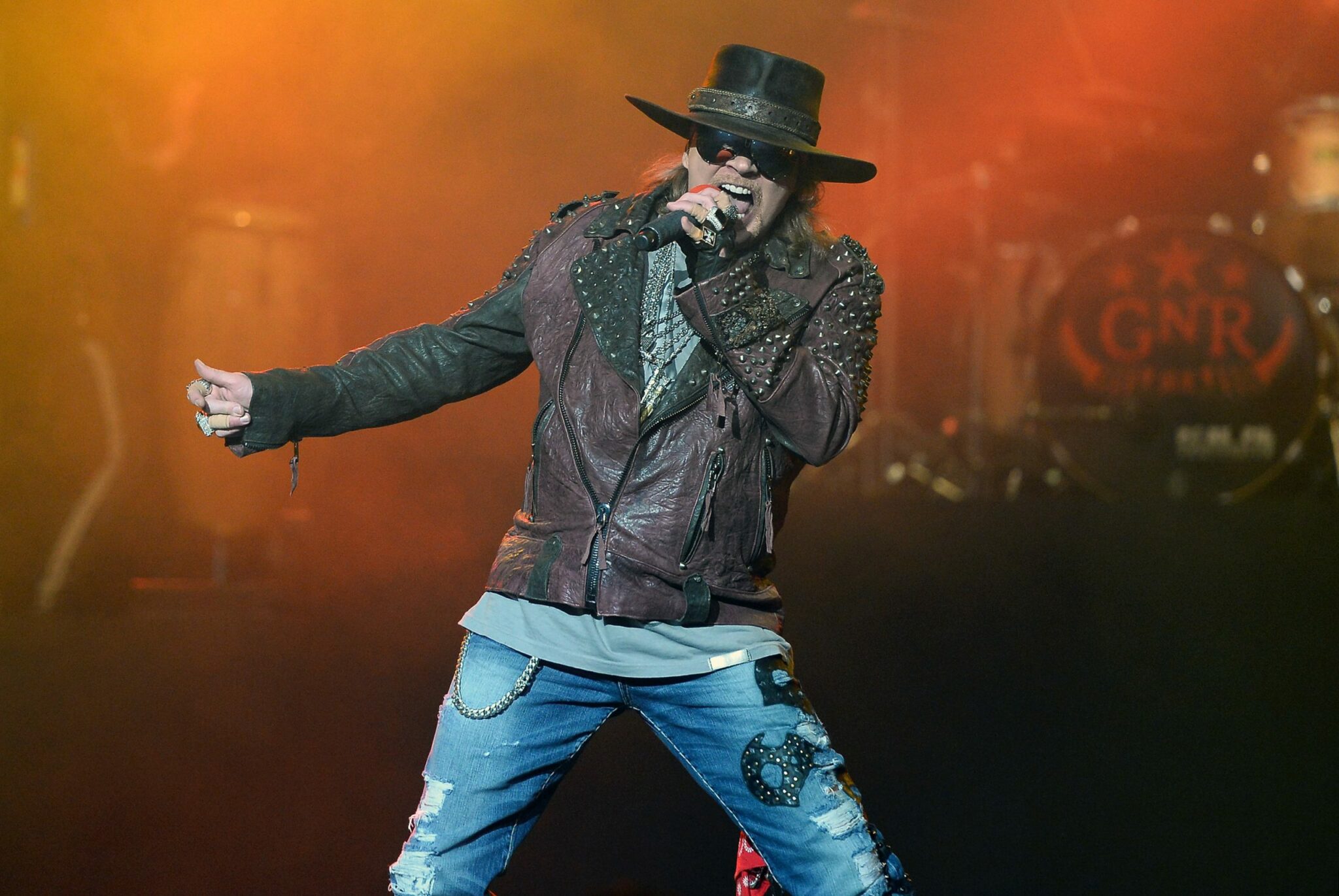 The frontman of iconic 80s rock band Guns N’ Roses may have an appetite for destruction, but he also has a curious aversion to one specific letter of the alphabet. Reportedly, famed eccentric and hard rock singer Axl Rose firmly believes that the letter M is somehow cursed.

As a result of this, Rose refuses outright to play concerts in cities whose names begin with M. Exactly how this fear originated is unclear, but it hasn’t stopped Rose from playing umpteen stadiums over the decades. Presumably, he doesn’t want a bowl of M&M’s in his dressing room though! 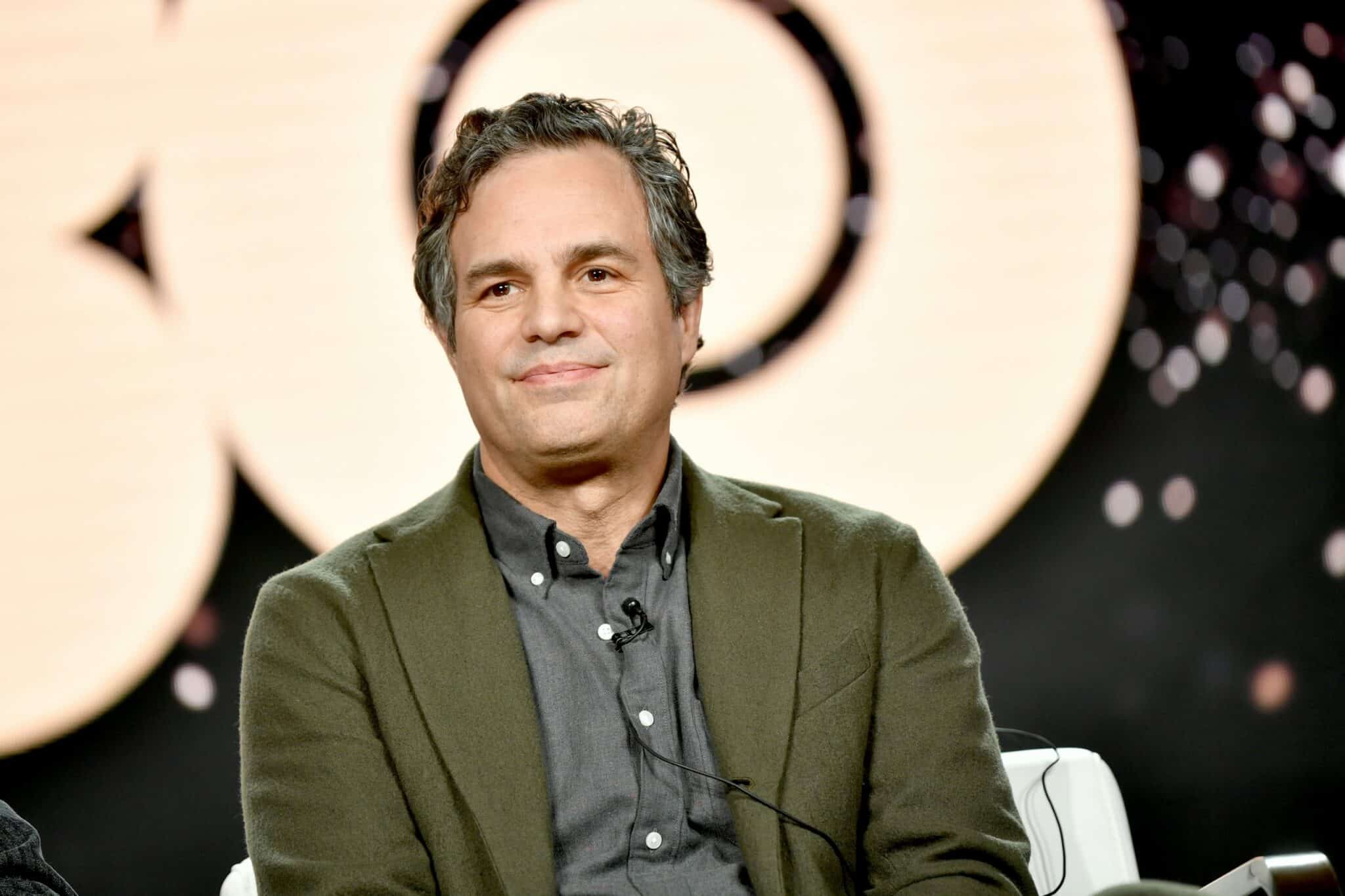 Of all the modern conspiracy theories, few have gained quite so many high-profile advocates than the theory that 9/11 was an inside job. There’s no shortage of celebrities who have voiced support for the notion, from Woody Harrelson and Charlie Sheen to Willie Nelson.

One of the more recognisable supporters of this idea is Mark Ruffalo, three-time Oscar-nominated actor. Ruffalo remarked in 2007, “I saw the way they all came down. And I’m baffled. My first reaction was, ‘buildings don’t fall down like that.’ I’ve done quite a bit of my own research.” 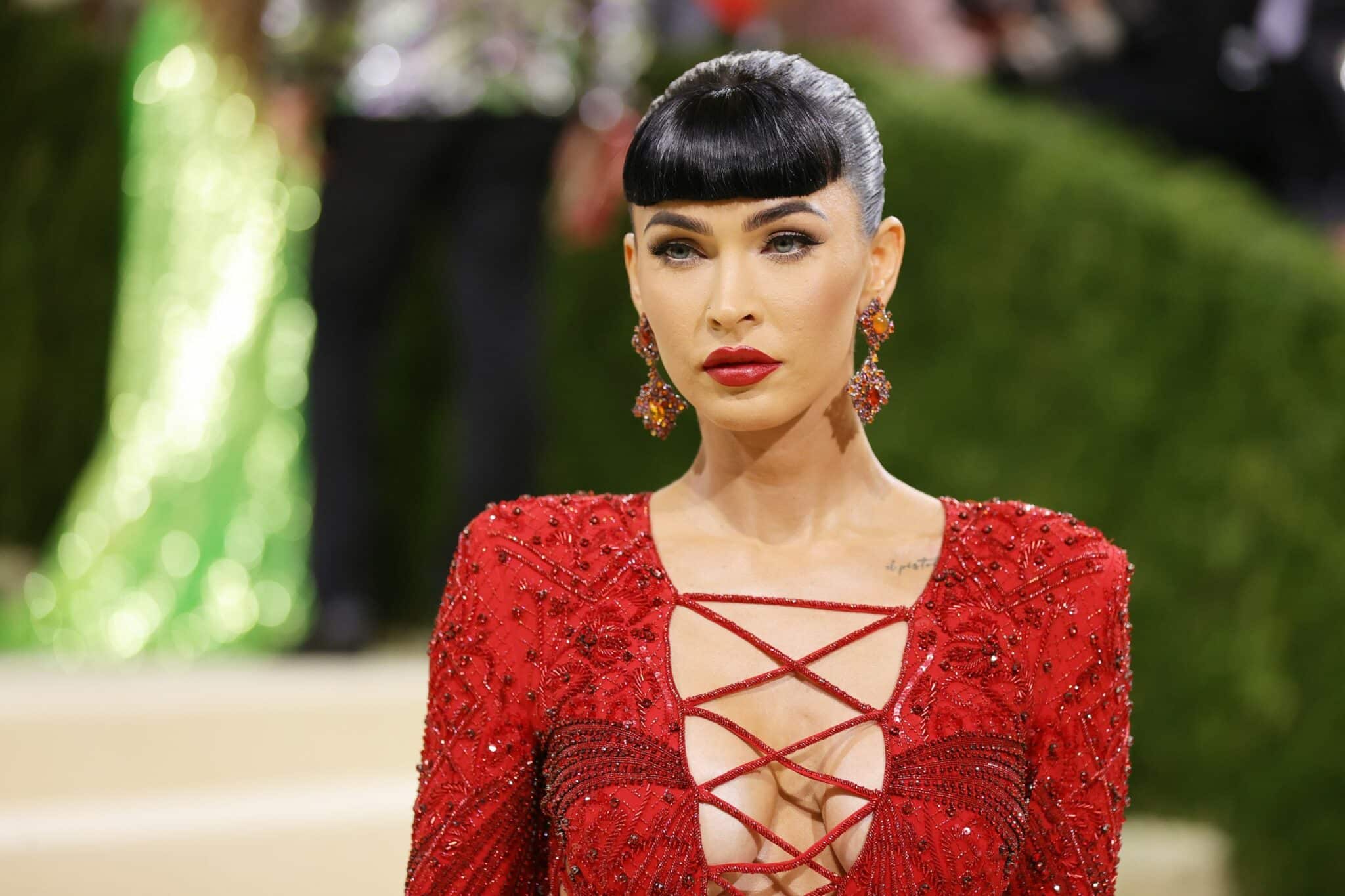 Actress Megan Fox has a somewhat unorthodox relationship with the music of Britney Spears. Plenty of us have listened to music that makes us feel indestructible, but Fox believes that Britney’s music literally has that effect. Fox has admitted that she struggles with a fear of flying, and listening to Britney makes her feel safe.

The actress has said: “I know for a fact it’s not my destiny to die listening to a Britney Spears album.” Because of this, Fox continued: “So I always put that on… when I’m flying because (the plane) won’t crash as long as I’ve got Britney on.” 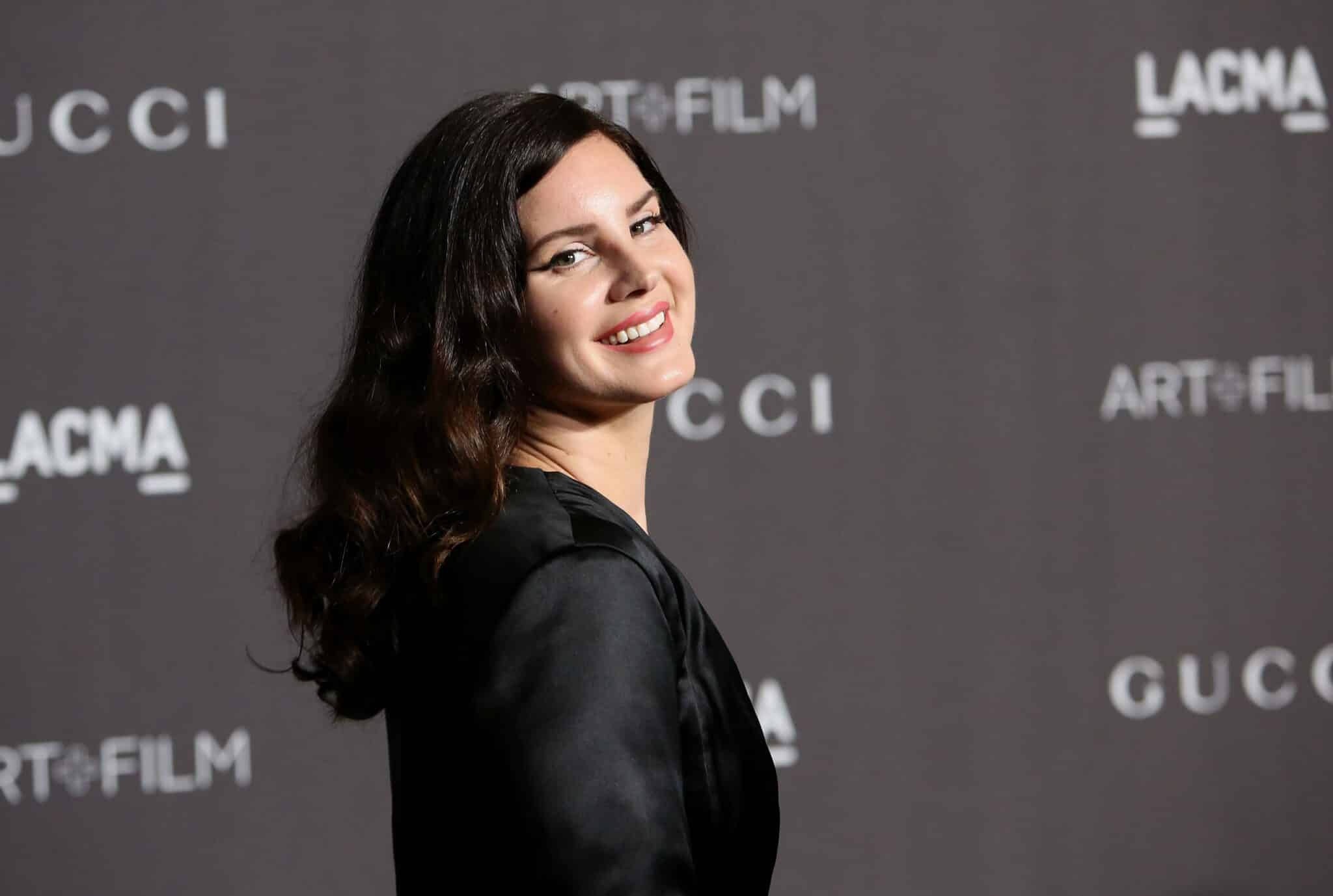 Pop star Lana Del Rey has spoken openly about her belief in the power of magic and witchcraft. The singer surprised some fans in 2017 by asking them, via Twitter, to collect ‘ingredients’ for some occult purpose.

Del Rey subsequently admitted that this was part of a ritual intended to put a hex on US President Donald Trump. Asked outright about it, Del Rey confessed to the NME at the time, “Yeah, I did it. Why not? I do a lot of s**t.” Who knows who the next target of her magic will be?

1. Robert De Niro is an anti-vaxxer 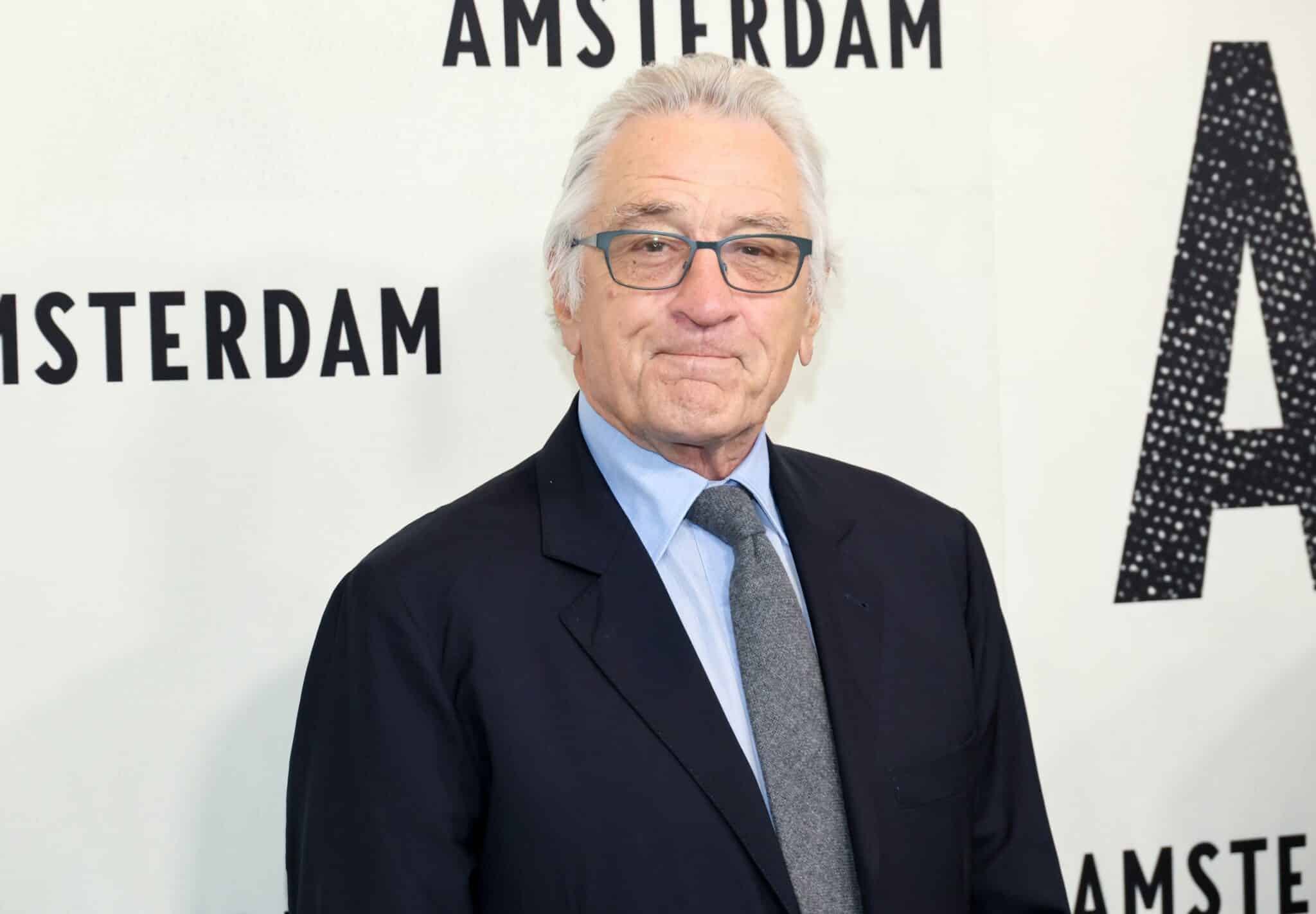 Raging Bull Oscar-winner Robert De Niro is one of the most acclaimed actors of all time, so many were taken aback by his support of the anti-vaccination movement. The controversial movement believes that vaccinating children may lead to them developing autism.

This is despite the fact that the original paper claiming this was exposed as fraudulent, and the doctor behind it was struck from the medical register. In 2016, De Niro showed his support for the movement by announcing plans to screen Vaxxed, a documentary directed by Wakefield himself.