After portraying married couple Moira and Johnny Rose on TV’s Schitt’s Creek from 2015 to 2020, Catherine O’Hara and Eugene Levy became one of the world’s favourite screen double acts. The acclaimed sitcom was, however, just one in a long series of professional collaborations between O’Hara and Levy – whose relationship got a little more personal early on in their careers.

Eugene Levy and Catherine O’Hara both hail from Ontario, Canada; Levy was born in Hamilton on December 17, 1946, whilst O’Hara was born in Toronto on March 4, 1954. 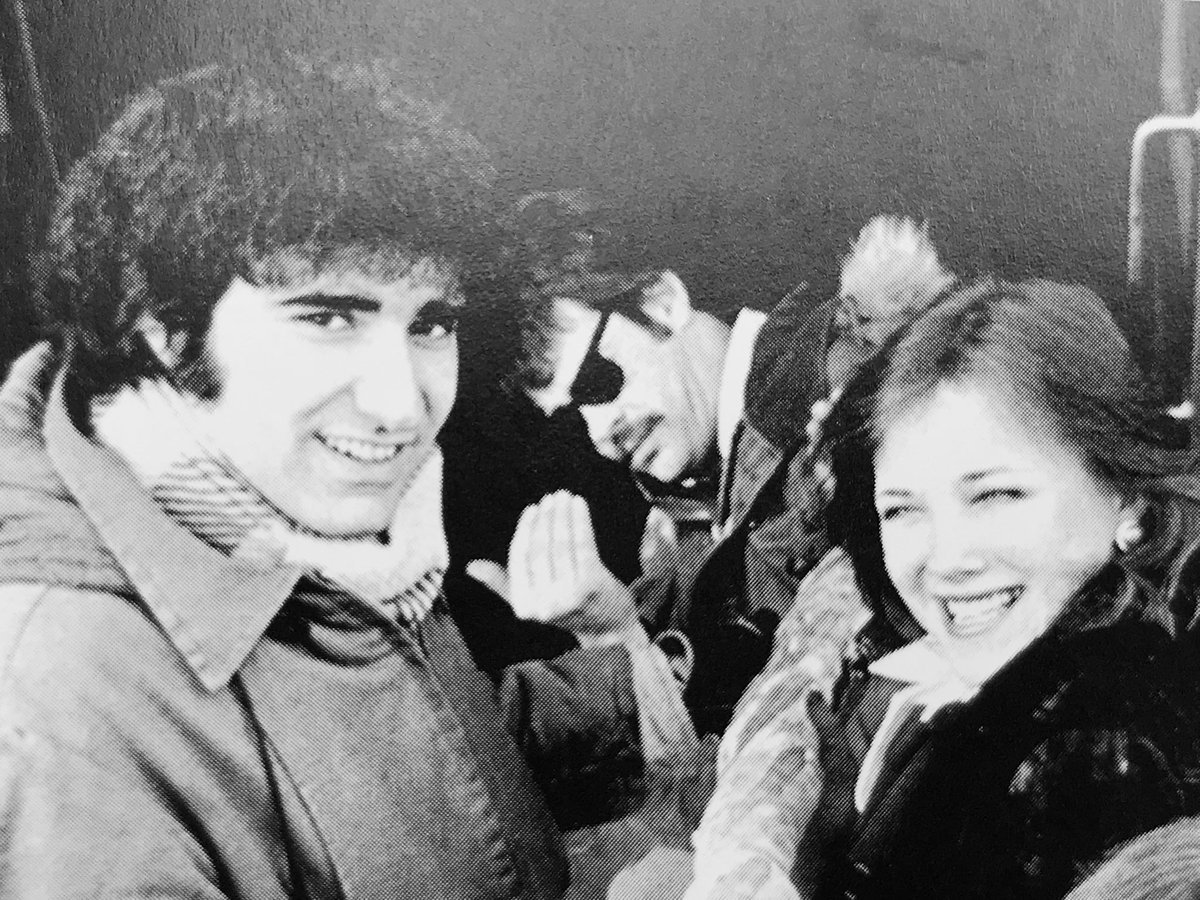 The pair met around 1974, when Levy had already been a jobbing actor and comedian for a number of years and O’Hara was just starting out. They both become members of the improvisational comedy troupe Second City in Toronto.

O’Hara was initially hired as an understudy for Gilda Radner, but when Radner left to join the original cast of TV comedy series Saturday Night Live, O’Hara took her place.

Second City featured many of the most prominent comedians of the time, including John Belushi, John Candy, Harold Ramis, Rick Moranis, Bill Murray and Dan Aykroyd. 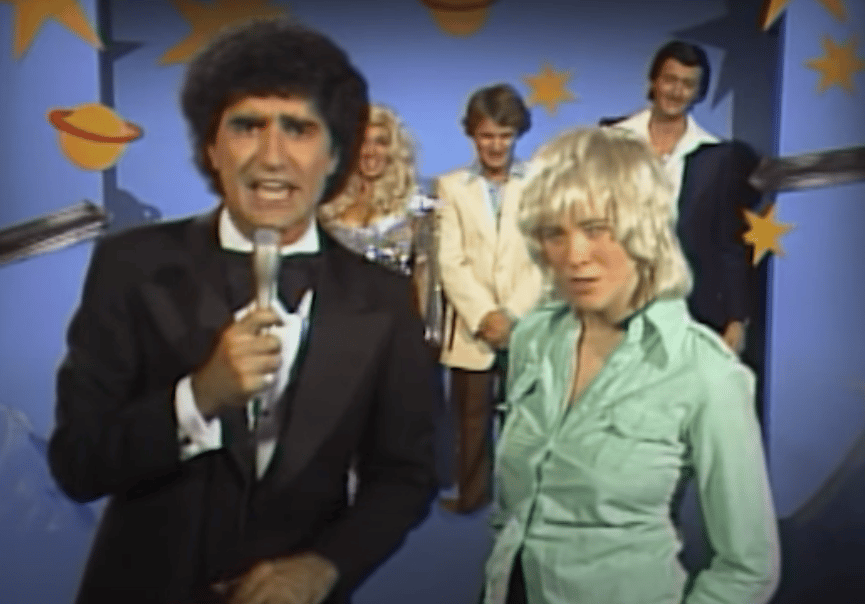 While Belushi, Murray and Aykroyd joined Radner on SNL, Ramis, Moranis and Candy instead went on to Second City’s own television venture SCTV – which also starred O’Hara and Levy.

O’Hara has since admitted that in those early days, she and Levy briefly had a thing: the actress tells The New Yorker, “We tried dating, actually. There’s nothing sexier than making each other laugh. I think everybody tried dating everybody.”

However, things never advanced beyond “one or two dates” before O’Hara and Levy parted ways romantically. In 1977, Levy wed Deborah Devine; they would have two children, Daniel and Sarah, and are still married today. 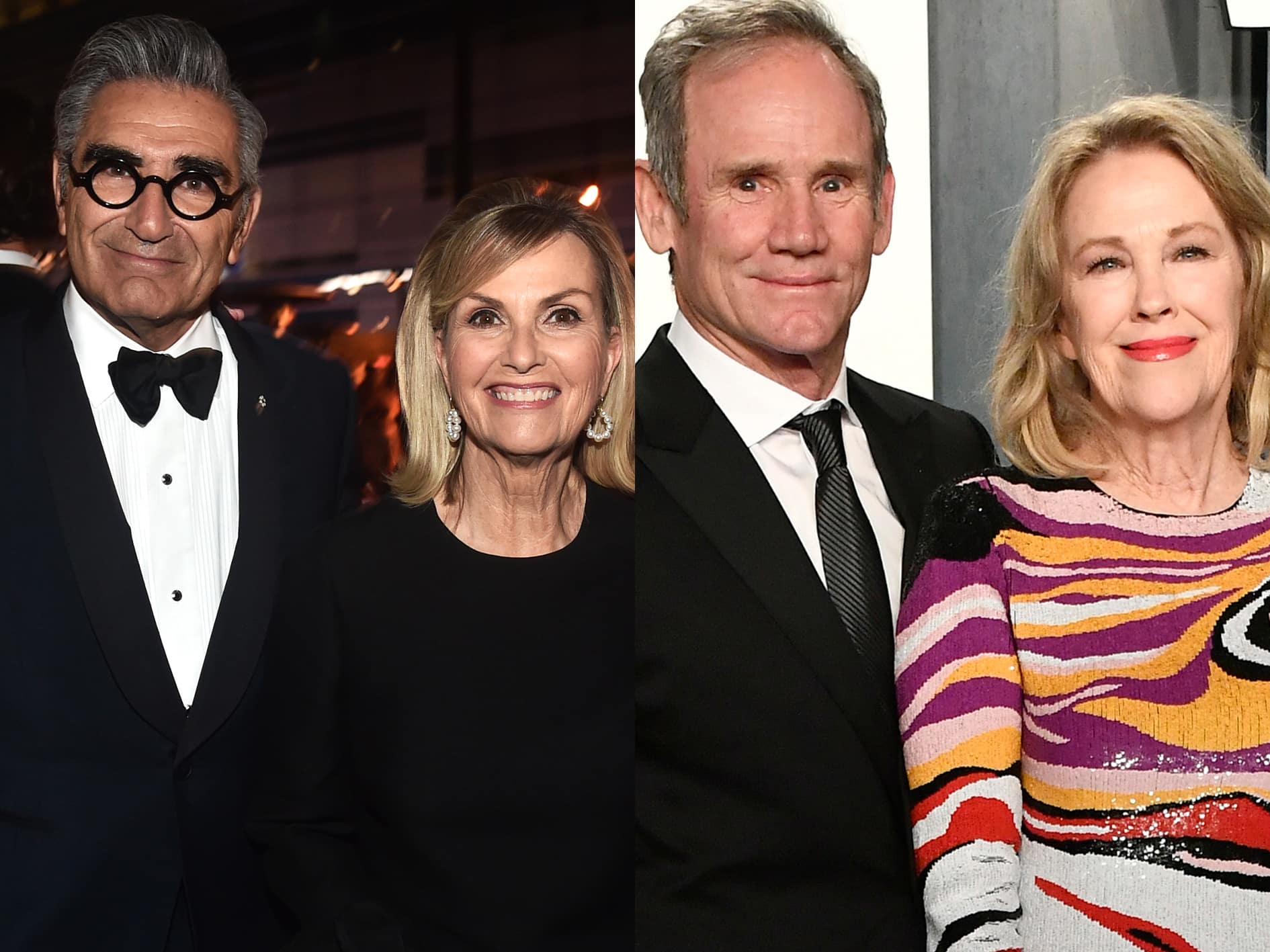 O’Hara, meanwhile, married production designer Bo Welch in 1992. They also have two children and remain together to this day.

O’Hara clearly has no regrets that romance didn’t blossom with Levy. “I’m so glad it worked out that way. We probably wouldn’t be working together if we’d gone longer on the dating… back then Eugene and I were never really a ‘team.’ Just somehow we’ve grown together in these years.”

Team or no, Levy and O’Hara walked a very similar path professionally. 1982 saw them both win their first Emmy Awards (as writers, rather than as actors) for SCTV. They also had a tendency to appear in a lot of the same movies. 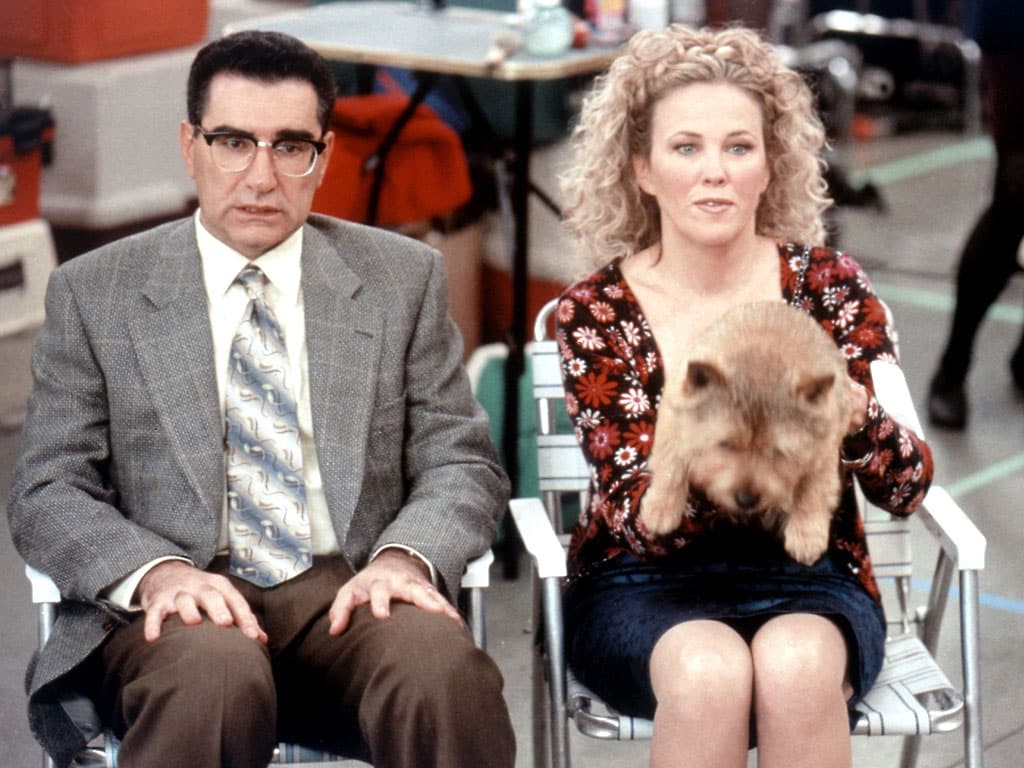 To date, O’Hara and Levy have appeared in eight films together. First, they both took small roles in the 1980 comedy Nothing Personal (O’Hara’s film debut) and thriller Deadly Companion (aka Double Negative), followed by 1985 TV movie The Last Polka, which Levy also co-wrote with John Candy.

As the 90s began, the duo’s paths diverged when O’Hara landed the plum role of Kate McAllister in Home Alone, an unexpected blockbuster that propelled her to stardom. Levy, meanwhile, appeared in a number of flops and went into a slight lull professionally.

It was in 1996’s Waiting for Guffman that O’Hara and Levy reunited. Co-written by Levy with director Christopher Guest (of This is Spinal Tap fame), this proved to be the first in a series of acclaimed ‘mockumentaries’ directed by Guest, whose ensemble casts frequently paired Levy with O’Hara. 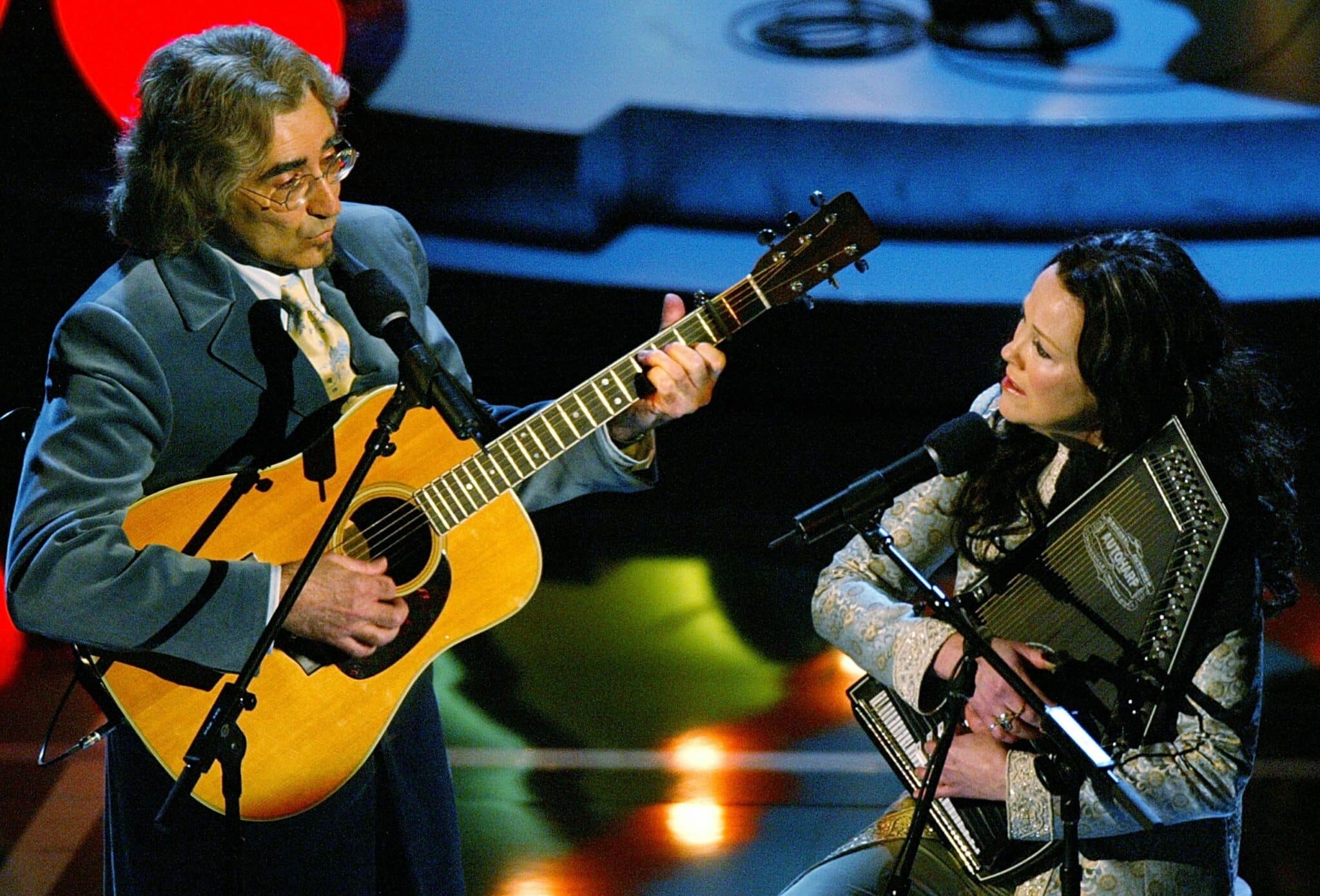 They portrayed dog-breeding couple Gerry and Cookie Fleck in 2000’s Best in Show, then became ageing folk singers Mitch and Mickey in 2003’s A Mighty Wind.

When A Mighty Wind’s musical number A Kiss at the End of the Rainbow was nominated for Best Original Song at the 2004 Academy Awards, O’Hara and Levy performed the song live at the awards ceremony, in costume and in character.

Next, Levy and O’Hara would both provide voices for 2005 animated movie Over the Hedge, after they would reunite with Guest for the last time to date on a fourth mockumentary, 2006’s For Your Consideration. 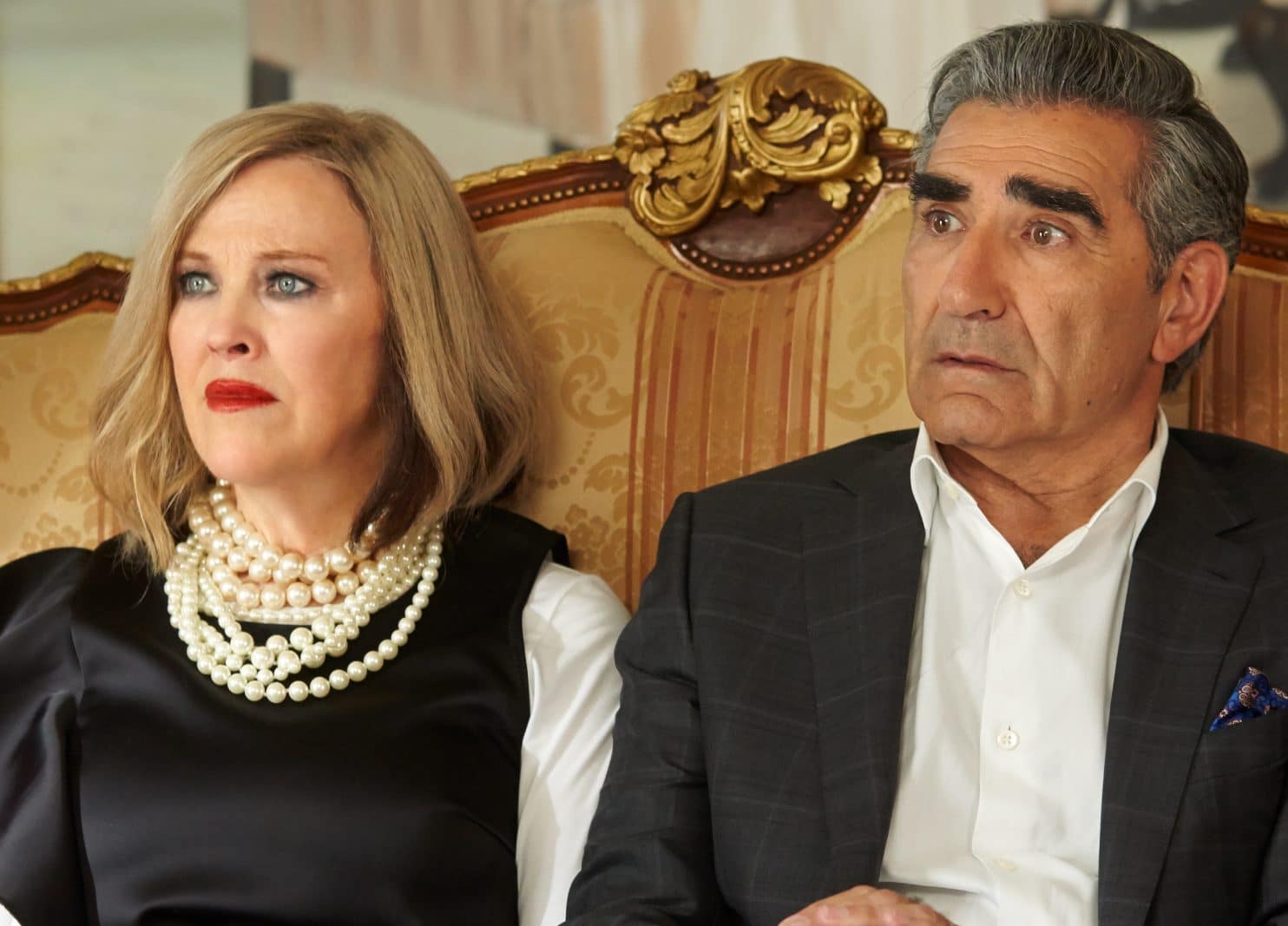 For several years afterwards, Levy and O’Hara were a little less busy; they each took a number of minor film and TV roles, with Levy reprising American Pie’s Mr Levenstein in the raunchy comedy’s string of direct-to-DVD sequels.

However, when Levy and his son Daniel decided to collaborate on an original sitcom about a wealthy family suddenly left impoverished, they only had one actress in mind for the female lead: Catherine O’Hara.

Perhaps surprisingly, O’Hara initially declined the role of Moira Rose on Schitt’s Creek, as she claimed to be too “lazy” to take on the demands of an ongoing lead role on a TV series. 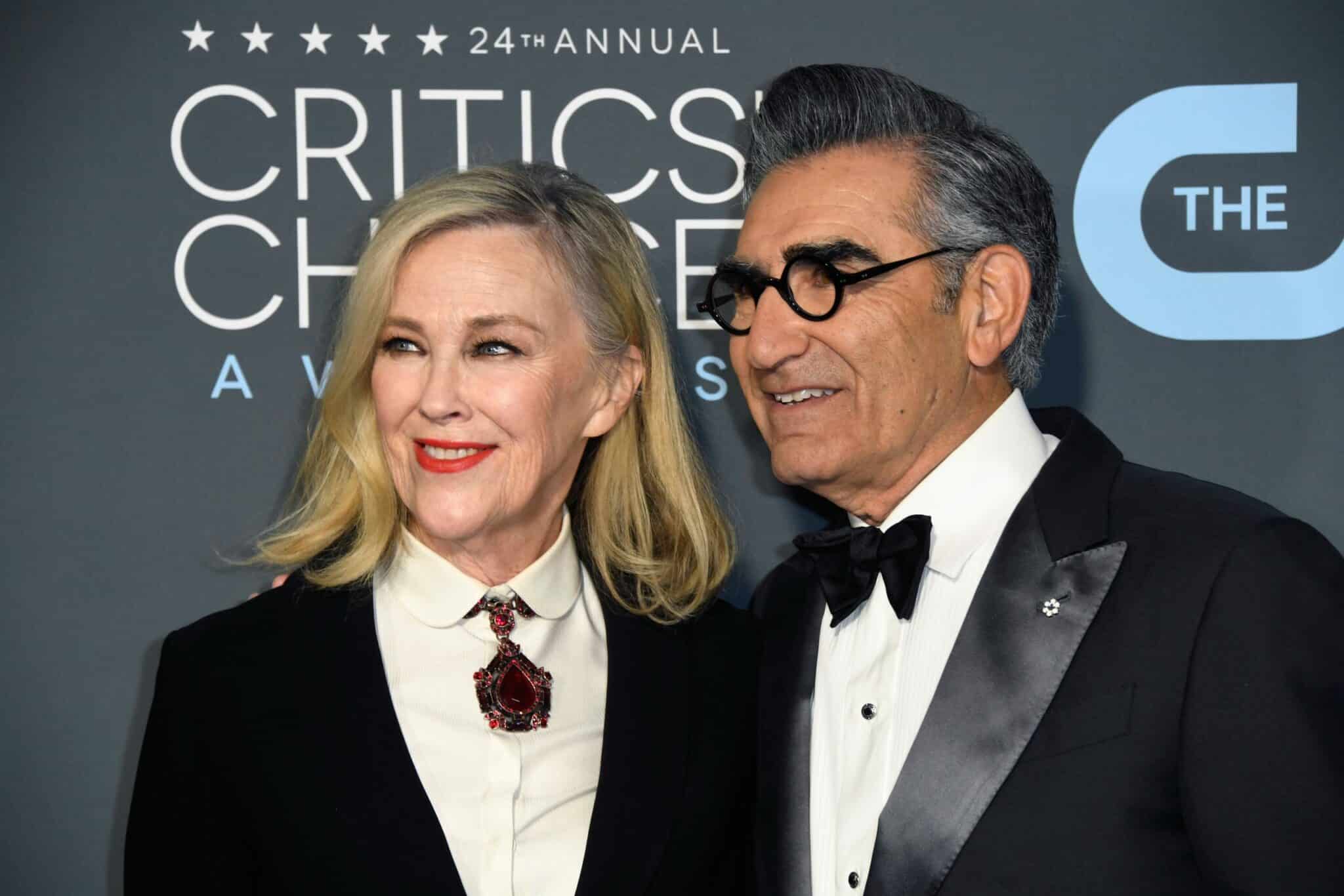 Happily, O’Hara changed her mind, which proved to be a good decision: Schitt’s Creek was a massive critical and commercial success, winning a huge cult following many major awards including acting Emmys for O’Hara, Eugene Levy, Daniel Levy and co-star Annie Murphy in the show’s sixth and final season in 2021.

It remains to be seen whether Schitt’s Creek will be the last time Levy and O’Hara work together, but we can safely say they’ve enjoyed an extremely fruitful professional relationship – even if that whole dating thing didn’t work out.