Remember Manny Ray From Scarface? Check Him Out Now!

First released in theaters in December 1983, Scarface, the Brian de Palma classic, starred Al Pacino as Tony Montana, a Cuban immigrant who rises in the ranks from a low-level street dealer to a powerful drug lord.

The movie was an instant success, and over time has come to be regarded as one of the greatest films ever made. Here, we’re taking a closer look at what became of the Scarface cast. 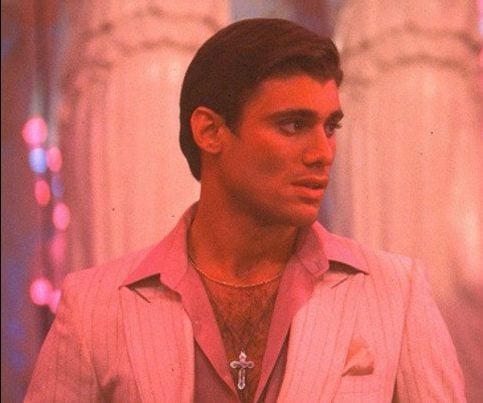 It may come as a surprise that future Breaking Bad star Steven Bauer found his very first major film role in 1983’s Scarface. This Cuban-American actor is fluent in Spanish, and he is the only real Cuban immigrant among the movie’s main cast.

Born Esteban Ernesto Echevarría Samson in 1956, Steven Bauer moved from Cuba to the USA with his family when he was three.

Manny Ray meets a tragic ending. Originally Tony Mantero’s best friend, he is fatally shot by an enraged Tony after he catches Manny in an affair with Tony’s sister Gina. It is later revealed that Manny Ray and Gina had married in secret before his death. 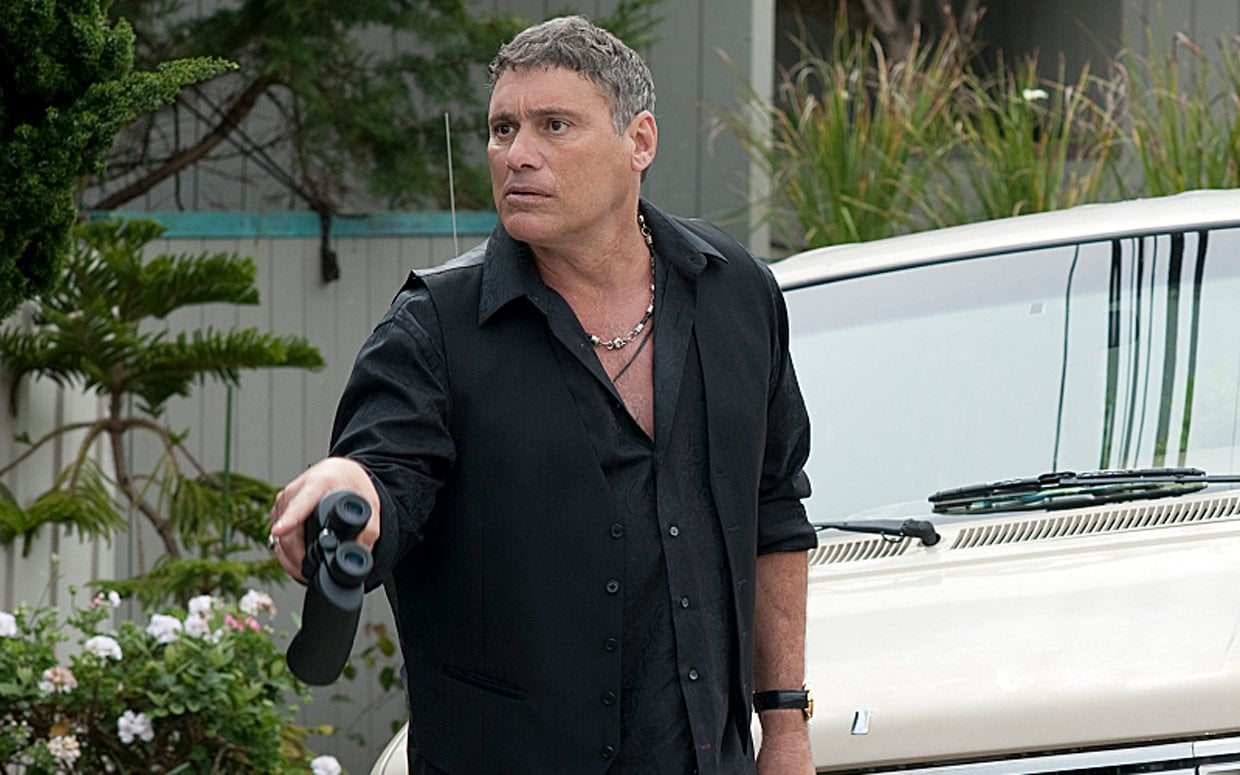 Since the release of Scarface, Bauer has become incredibly prolific, playing prominent roles in such shows as Ray Donovan and Breaking Bad and its spin-off Better Call Saul. In the Breaking Bad franchise, he stars as drug lord Eladio Vuente.

Bauer has been married four times, and has two children, one from his second marriage and one from his first, to actress Melanie Griffith. His life has been sometimes challenging behind the scenes: in 2016, Bauer checked into a rehabilitation centre to tackle alcohol abuse, while he has reportedly suffered from type 2 diabetes and pancreas problems for years.

What’s more, Bauer has reflected on decades of cocaine use since the 80s, commenting: “I was carelessly casual about it. It was as natural as the ingestion of liquor. But it hurt me in more than a few ways. I behaved irresponsibly when I should have been professional.” 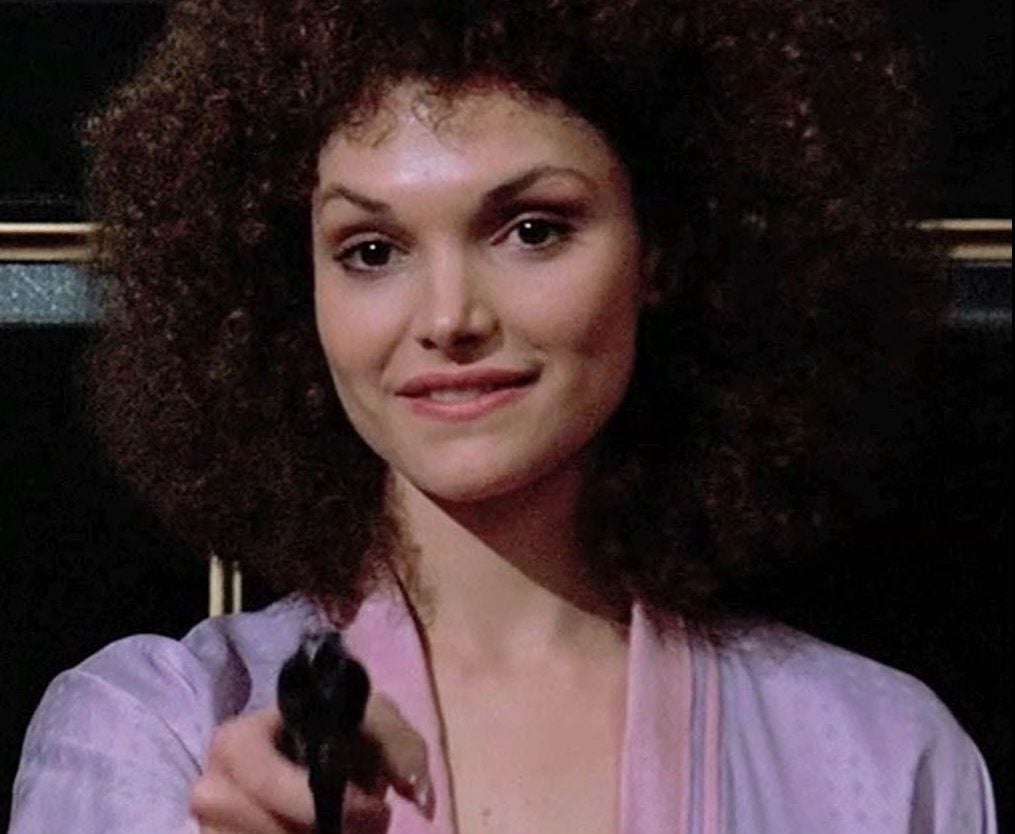 Playing the younger sister of Tony Montana, who is in awe of his dangerous version of the American Dream, Mary Elizabeth Mastrantonio found her first major film role in the crime film Scarface. Gina Montana grows to struggle against her brother’s over-protective tendencies.

Before entering the film industry, Mastrantonio spent her teenage summers working in a theme park, and she made her Broadway debut when she starred in a 1980 revival of West Side Story. 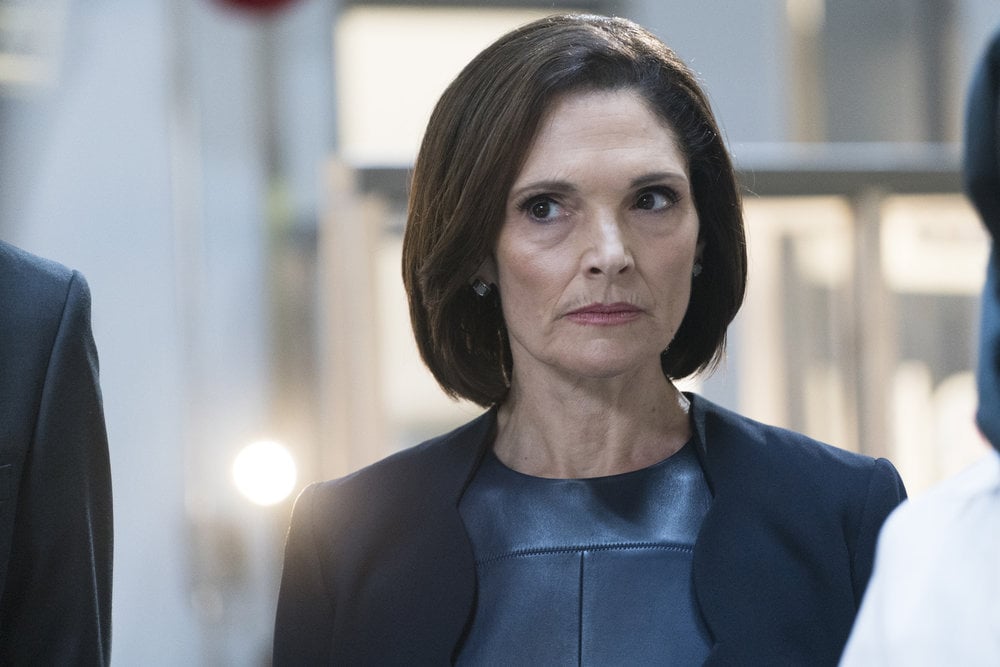 Since Scarface, Mastrantonio has gone on to make her mark in television, starring in Without a Trace, Hostages and The Punisher.

With this younger sister role proving a jump-start to her career, Mastrantonio had a few leading film turns, in movies like The Abyss and Robin Hood: Prince of Thieves.

In 1986, she starred in the sports drama film The Color of Money alongside Paul Newman and Tom Cruise. This film earned her an Academy Award nomination for Best Supporting Actress.

In 2003, she was nominated for a Tony Award for starring in Man of La Mancha.

Now 60, Mastrantonio has since 1990 been married to BAFTA-winning filmmaker Pat O’Connor, with whom she has two children. 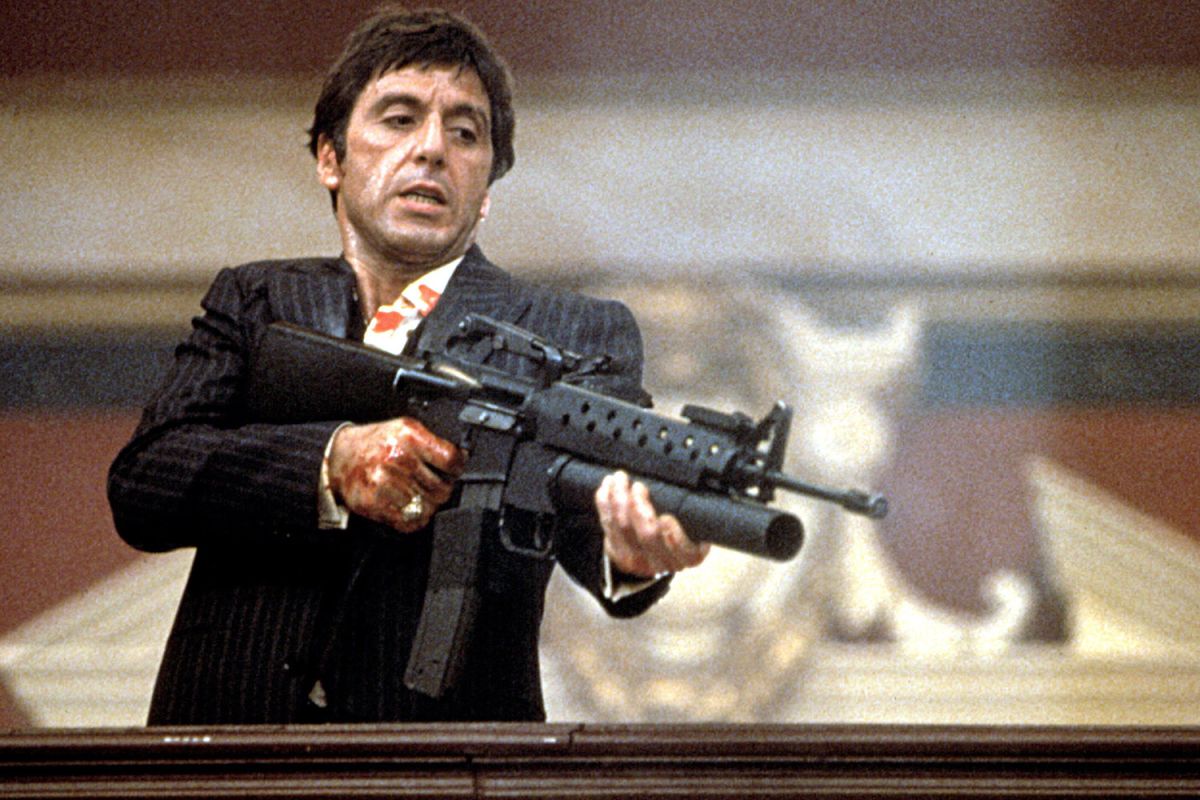 The Godfather was one of Al Pacino’s very earliest film roles – preceded only by a brief appearance in 1969’s Me, Natalie, and the romantic drama The Panic in Needle Park, where he played heroin addict Bobby.

In the 1970s, Al Pacino rose to fame as the star of the film The Godfather. He followed it up with all-time great performances in Serpico, Dog Day Afternoon and The Godfather Part II. He also scored two Tony Awards for his stage performances in Does a Tiger Wear a Necktie? and The Basic Training of Pavlo Hummel.

In the 80s, Pacino struggled to find a hit that equalled anything he made in his vaunted 70s period. Then De Palma’s Scarface (1983) came along. 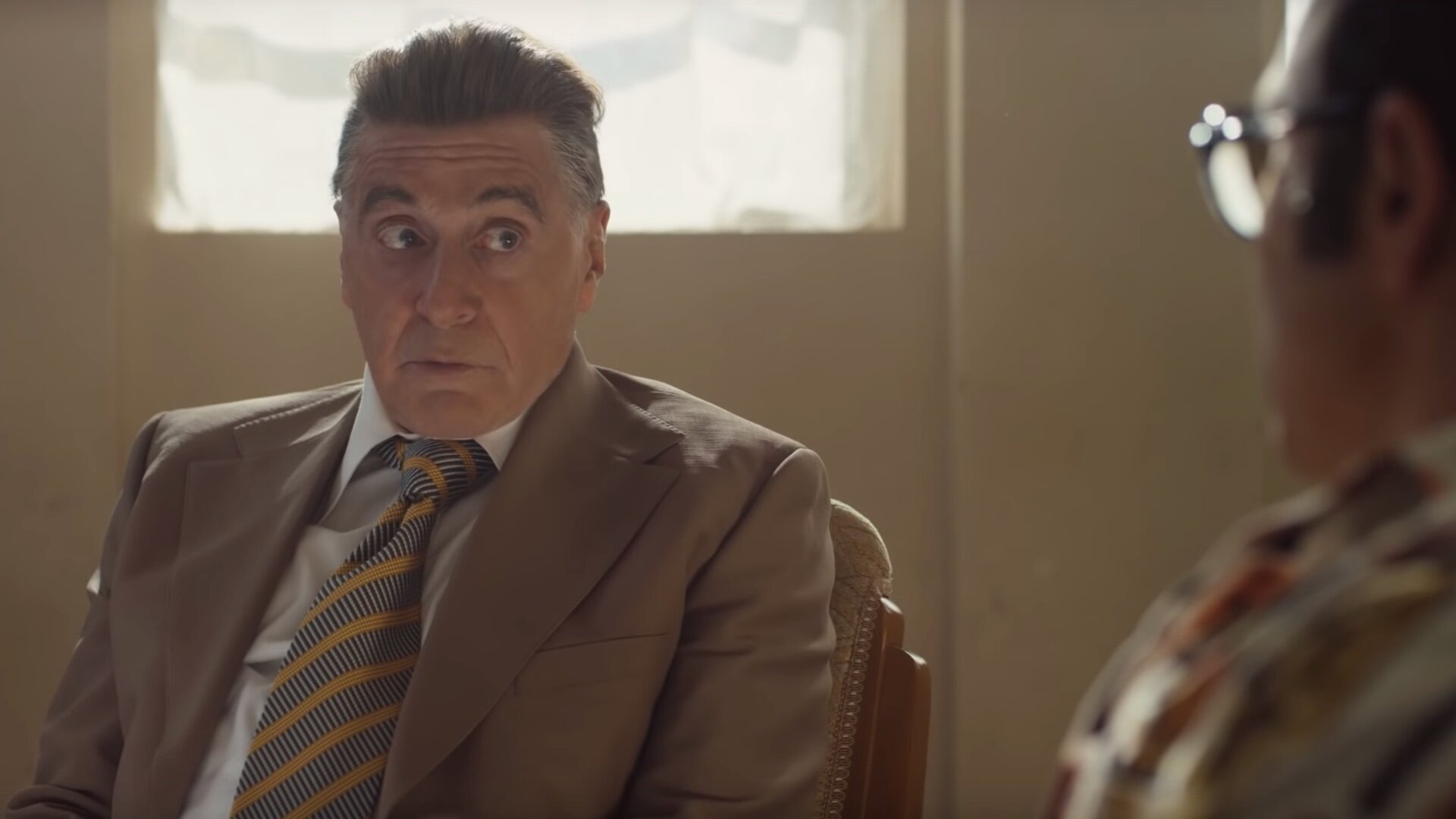 Since playing Tony in Scarface, Pacino has starred in further classics of the crime genre such as Carlito’s Way, Heat and Donnie Brasco. Pacino reunited with his Scarface co-star Michelle Pfeiffer in 1991’s Frankie and Johnny, where the pair starred as an ex-convict and a waitress who fall in love.

Pacino has established himself as a film crew member in more recent years. In 1996, Pacino’s directorial debut, Looking for Richard, was released. Similarly, he worked as both the star and director in the movies Chinese Coffee, Wilde Salome and Salome.

He’s become a star of the small screen too, twice winning the Primetime Emmy Award for Outstanding Lead Actor in a Miniseries or a Movie for his roles in 2003’s Angels in America and 2010’s You Don’t Know Jack.

Today, at 78, Pacino shows no signs of slowing down. This year he will appear in Martin Scorsese’s gangster epic film The Irishman and Quentin Tarantino’s period drama Once Upon a Time in Hollywood. 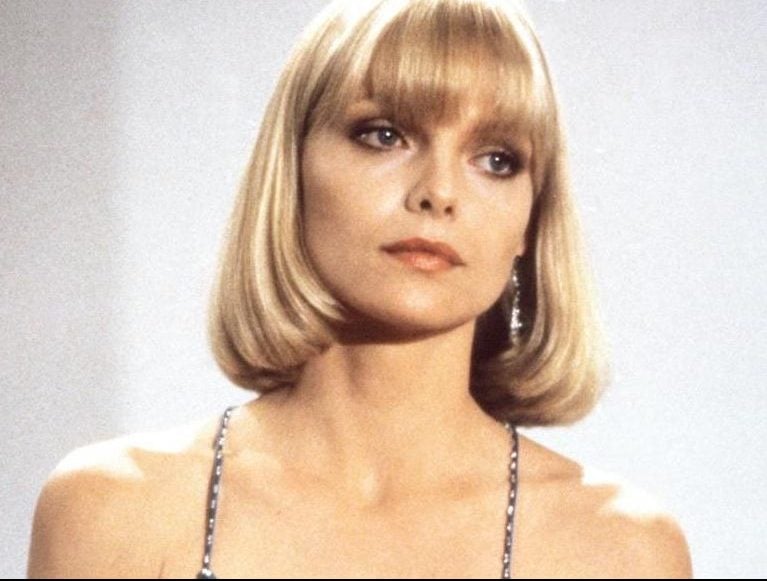 So strong in Scarface, it’s hard to believe that Michelle Pfeiffer was a virtual unknown when she made this film in the role of Elvira Hancock, created by Oliver Stone.

Before she became an actress, Pfeiffer worked as a court stenographer and a beauty pageant star. She was later cast as the female lead Stephanie Zinone in Grease 2, which was a commercial and critical flop.

However, in the very next year, Michelle Pfeiffer took the role of Al Pacino’s love interest aged just 24.

After this film’s release in December 1983, Pfeiffer received a particularly warm critical reception. Writing for Vanity Fair, Dominick Dunne commented that Pfeiffer appeared to be “on the verge of stardom” – and his prediction was spot-on. 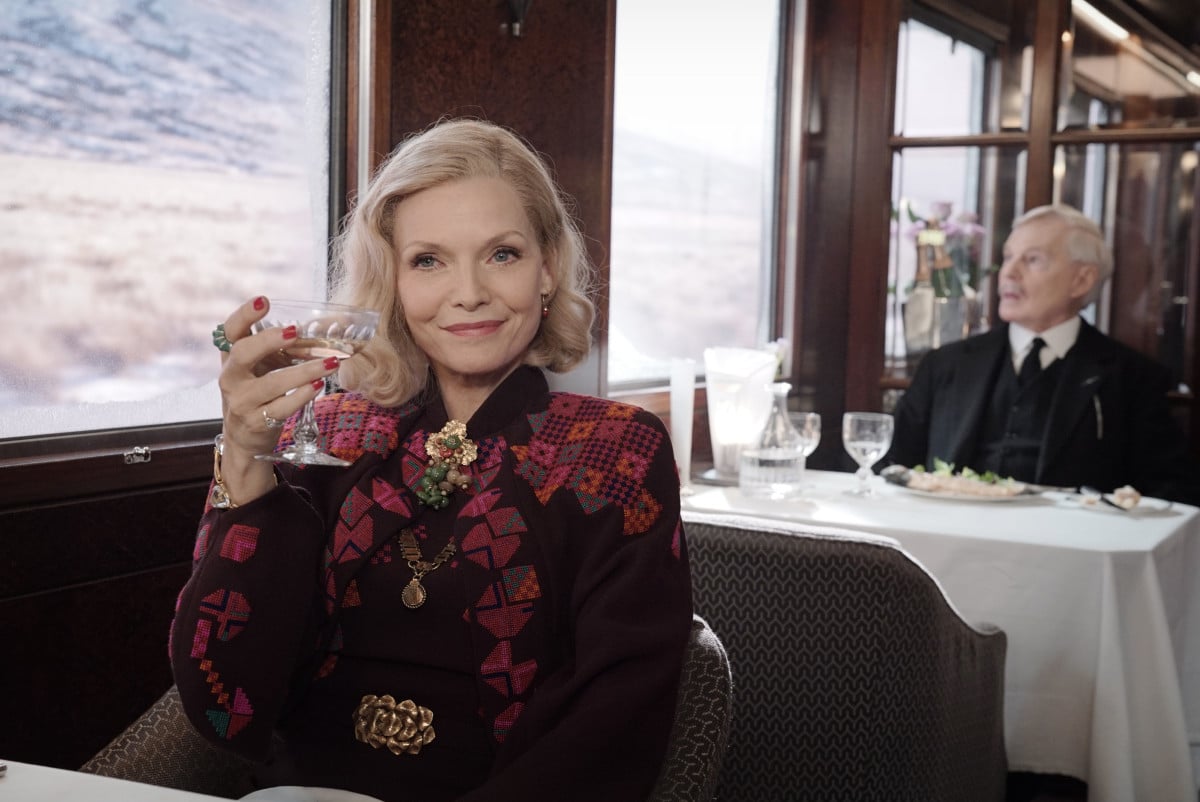 It would sound over-ambitious to filmmakers before December 1983 – but after Scarface, Michelle Pfeiffer went on to become one of the most greatest and most sought-after female film stars in Hollywood.

The total gross of movies with Michelle as the female lead is reportedly over $2 billion. One of her best-known roles is Catwoman in Tim Burton’s Batman Returns.

Now 60 years old, lately Pfeiffer has appeared in such high-profile movies as Murder on the Orient Express and Marvel’s Ant-Man and The Wasp. 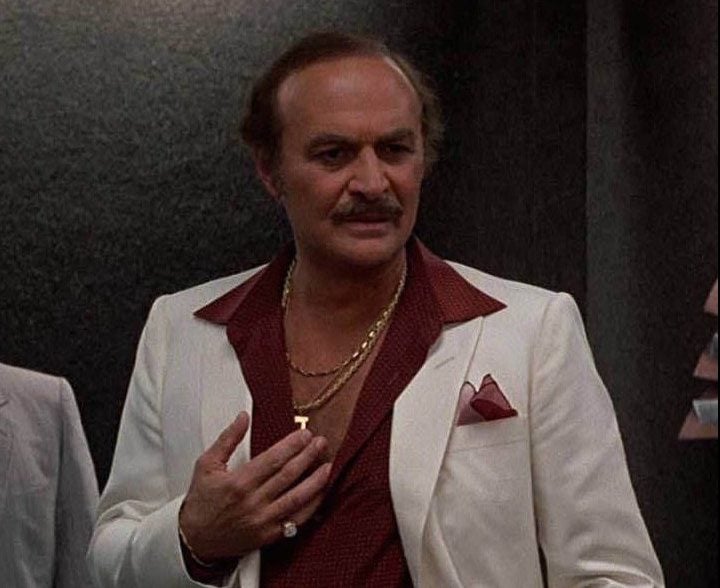 Frank Lopez (played by Robert Loggia) was the original Miami drug lord before Tony took his place and his wife, setting the scene for Tony’s rise and eventual downfall in the drug trade.

The son of a shoemaker, Loggia grew up in the Little Italy neighborhood of New York City. He fought in the Korean War before becoming an actor.

Loggia won fame for playing the titular sheriff in the TV anthology The Nine Lives of Elfego Baca. This star also appeared in T.H.E. Cat, Magnum, P.I. and the miniseries A Woman Called Golda before landing the part of Frank Lopez. 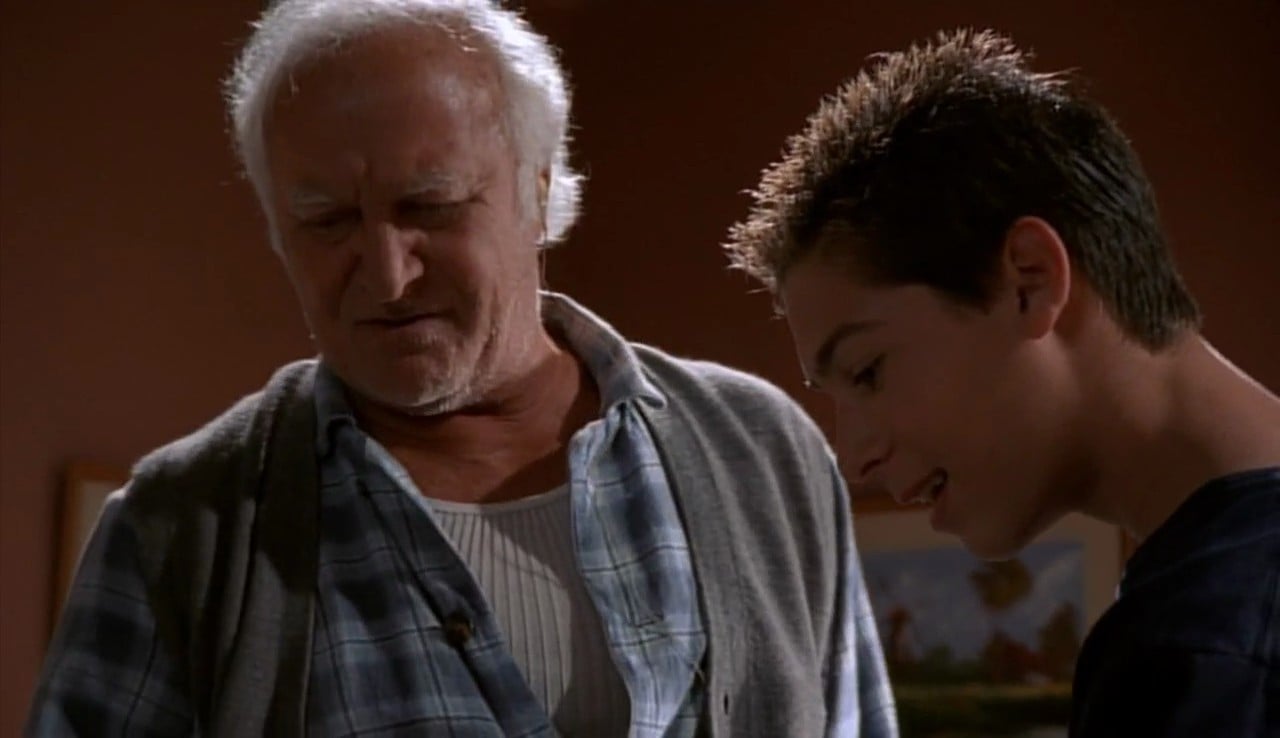 Loggia had an impact in productions as diverse as The Greatest Story Ever Told, Big, The Sopranos and Independence Day: Resurgence.

Sadly, Loggia passed away in 2015, but he has had several productions released posthumously: the Canadian crime drama The Red Maple Leaf, the production Cries of the Unborn and 2019’s The Savant. 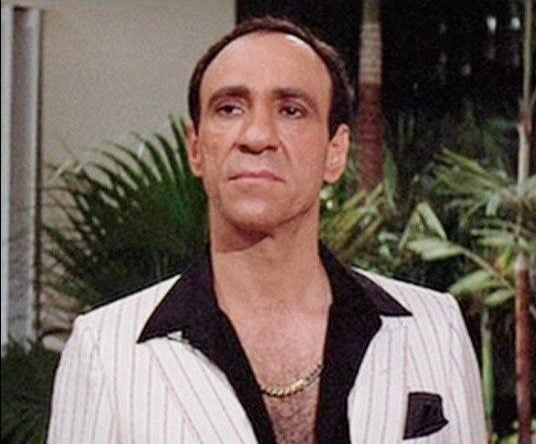 Playing Frank Lopez’s right-hand man Omar Suarez, F Murray Abraham really made an impact in the few scenes in which he appeared. Omar meets a particularly grisly fate after it’s discovered he is an informant to the Miami Police.

Before Scarface, Abraham performed alongside Al Pacino in 1973’s Serpico – both actors played undercover cops. He became a stay-at-home dad for a while in the 70s, but returned to acting with 1983’s Scarface. 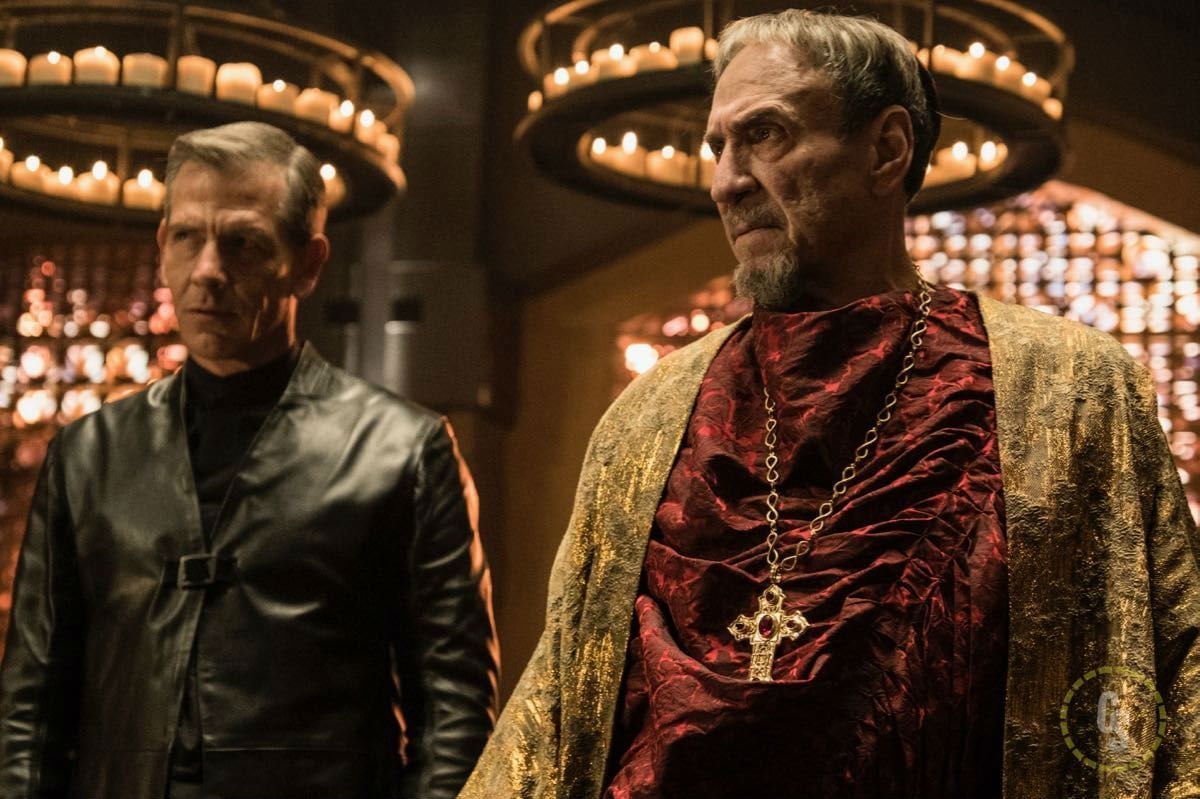 Though not exactly a household name, F Murray Abraham won an Oscar for Best Actor in 1985, for his performance in the period biopic Amadeus. His filmography is long and varied.

Now 79, Abraham hasn’t slowed his output, appearing in recent years in major films including Inside Llewyn Davis and The Grand Budapest Hotel and in shows including Homeland and The Good Wife.