Remember French Stewart From 3rd Rock From The Sun? Here He Is Now

Who remembers 3rd Rock From the Sun? One of the most entertaining and unusual sitcoms of the 90s, the show centred on what at a glance was an ordinary, if somewhat eccentric American family – but in reality, they were all aliens on a research mission to Earth. 3rd Rock could be called an updated version of Mork and Mindy, but it had a unique and hilarious personality all of its own, thanks in no small part to its amazing cast. Speaking of that cast, let’s have a quick catch-up and see what they’re doing with themselves now… 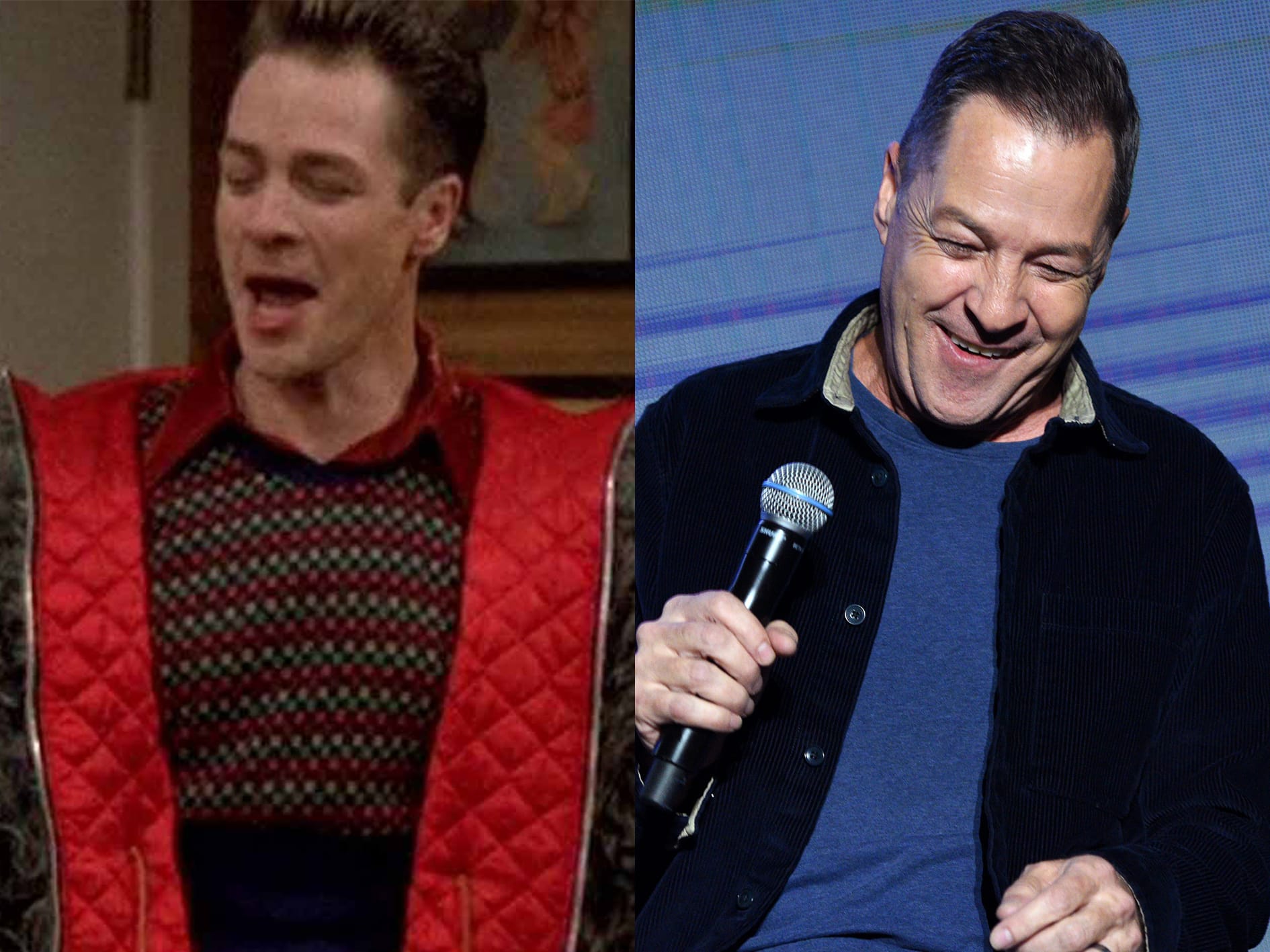 3rd Rock from the Sun may have boasted a goofy cast of characters, but Harry was clearly the goofiest of them all. With no real area of expertise, Harry’s primary role within the extra-terrestrial research team was to receive and relay messages from the leader, the Big Giant Head.

When the show began, actor French Stewart was best known for his small role in Stargate and a guest appearance on Seinfeld. He’s racked up many film and TV credits since, including sitcom Mom (which also starred 3rd Rock’s Kristen Johnston) and the film Queen Bees (starring another 3rd Rock alumnus, Jane Curtin). 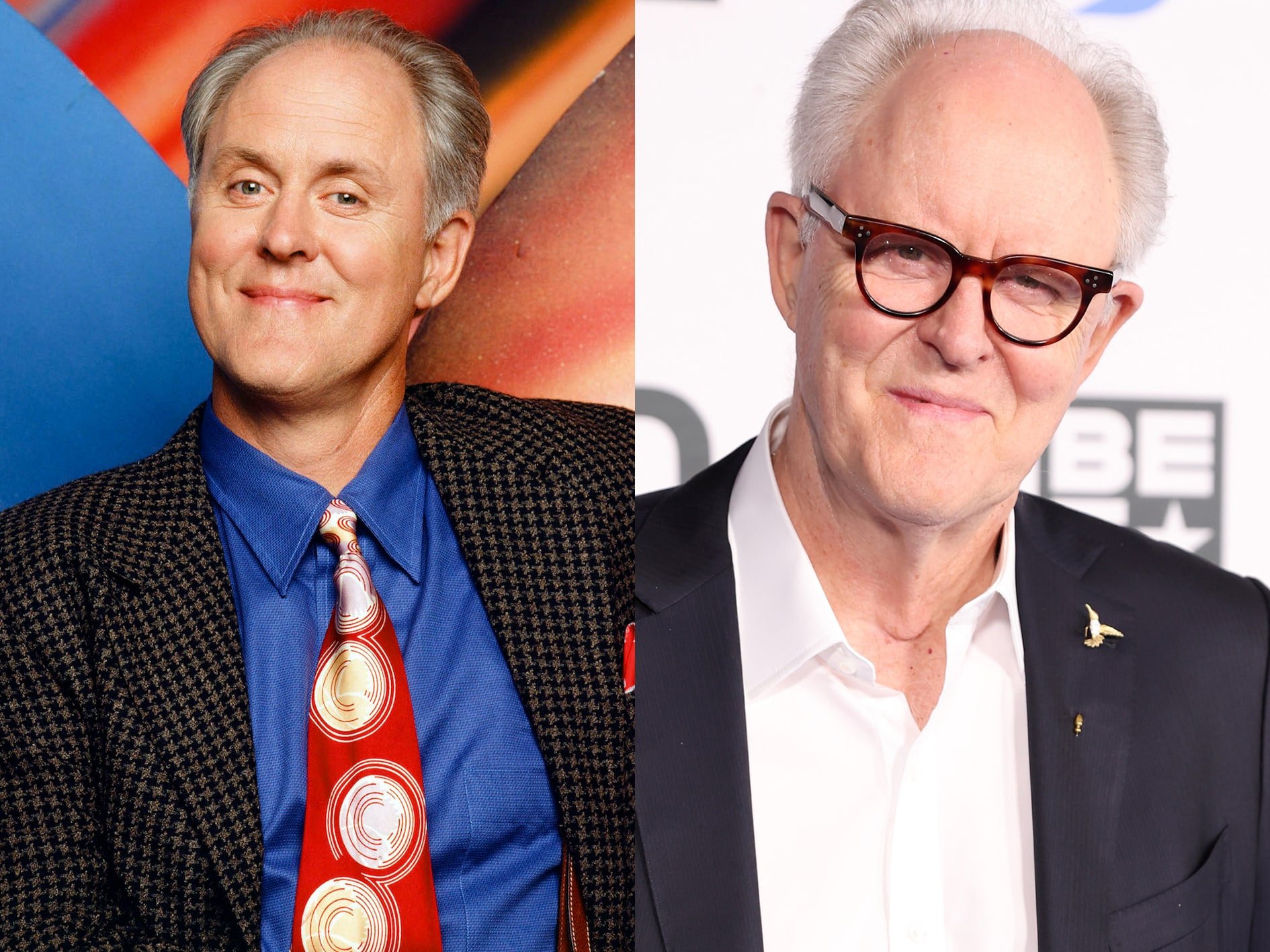 John Lithgow could have been a sitcom star far earlier: he’d been offered the part of Frasier Crane on Cheers, but wasn’t interested in doing TV at the time. Clearly Lithgow changed his mind when offered 3rd Rock from the Sun, as alien research team leader and physics professor Dick Solomon became his signature role.

The move into TV paid off well for Lithgow (previously seen in such hit movies as Footloose and Cliffhanger), as he won the Primetime Emmy award for Outstanding Lead Actor in a Comedy Series six years in a row (ie, the duration of the series). In the years since, Lithgow has had a prominent supporting role on TV’s Dexter, and he recently appeared in the movies Bombshell and Pet Sematary. 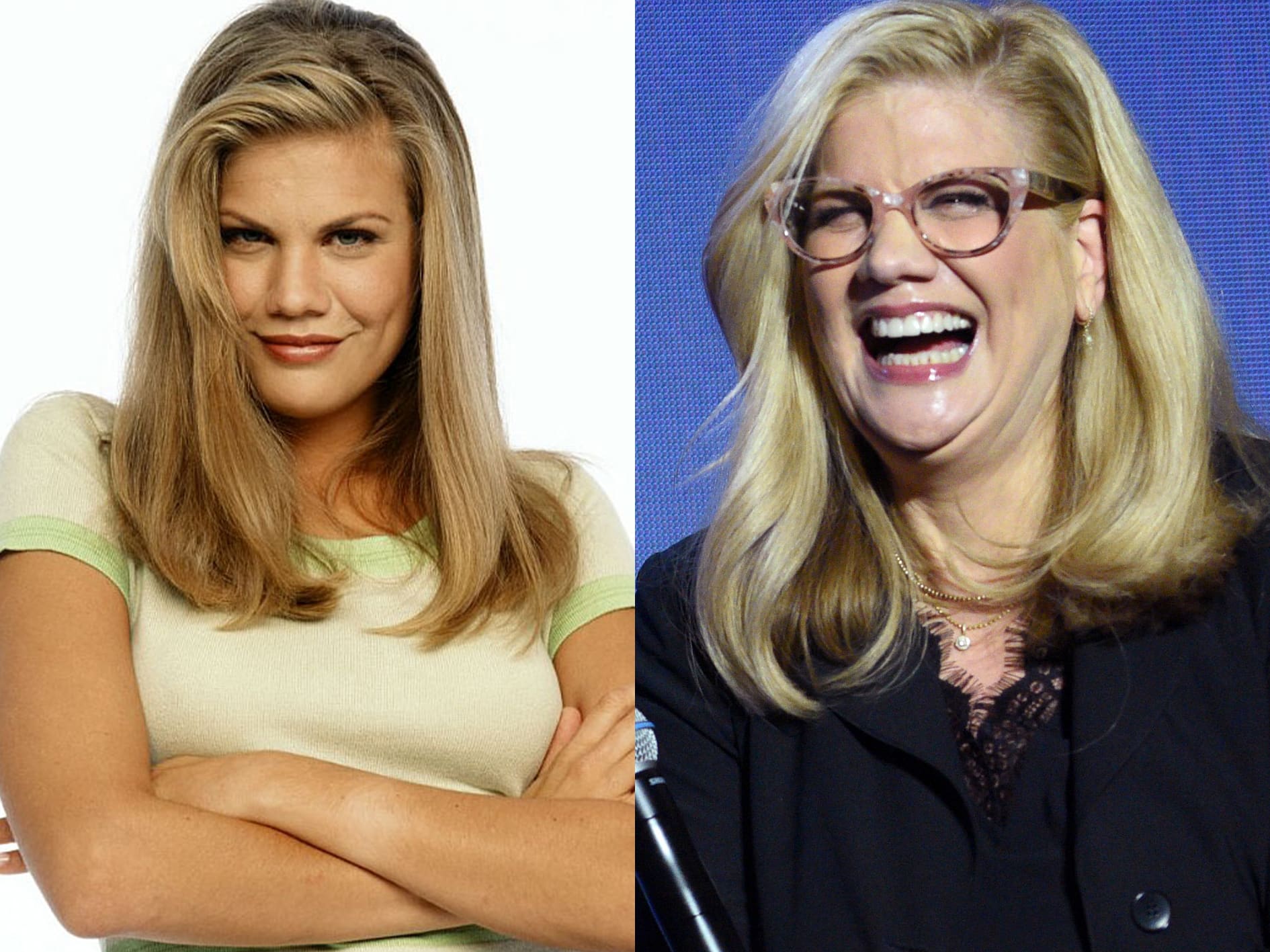 In what was a fairly bold move for the time, the alien research team’s macho military specialist became the one female member of the Solomon family, effectively making Kristen Johnston’s Sally the first trans character to take a leading role in a sitcom (although according to series lore, the aliens are without gender in the original form).

Sally was Johnston’s first prominent role after a number of TV and film bit parts. Like Lithgow, she too earned multiple Emmys for 3rd Rock from the Sun. After the sitcom, she did a short stint on TV’s ER, and more recently she appeared in another sitcom, Mom (which also featured French Stewart). 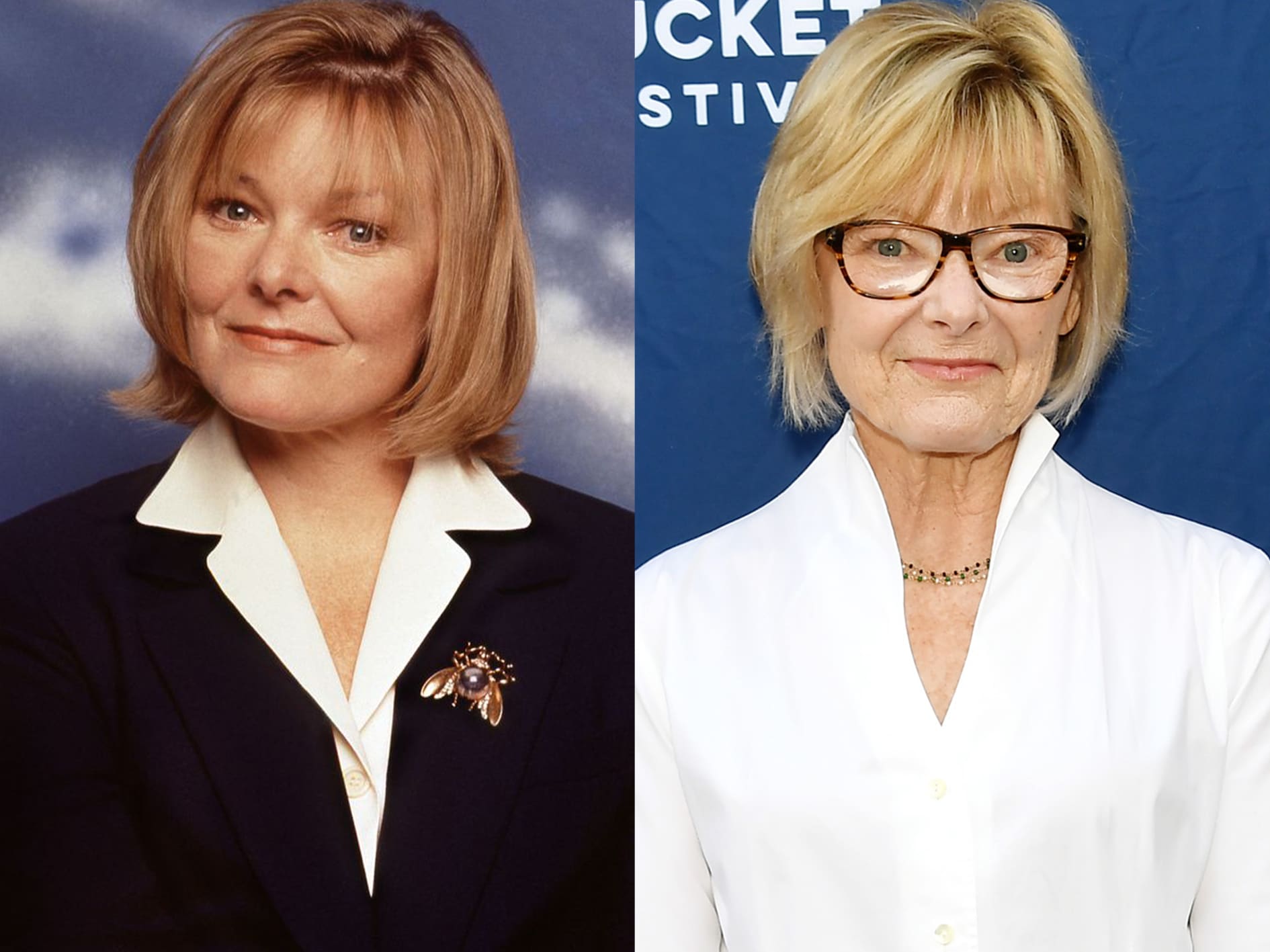 Jane Curtin came to 3rd Rock from the Sun with a distinguished comedy career behind her, having been an original cast member on Saturday Night Live and becoming multiple Emmy winner for 80s sitcom Kate & Allie. She joined the sci-fi sitcom as Dr Mary Albright, Dick’s co-worker and on-off love interest, who is oblivious to the true nature of the Solomons.

In the years since 3rd Rock, Curtin has made plenty more TV appearances, including in her two years on police drama Unforgettable and a current stint as co-host of The View Primetime. She’s also appeared in a number of big screen comedies including The Heat, The Spy Who Dumped Me, Godmothered and Queen Bees (which co-starred French Stewart). 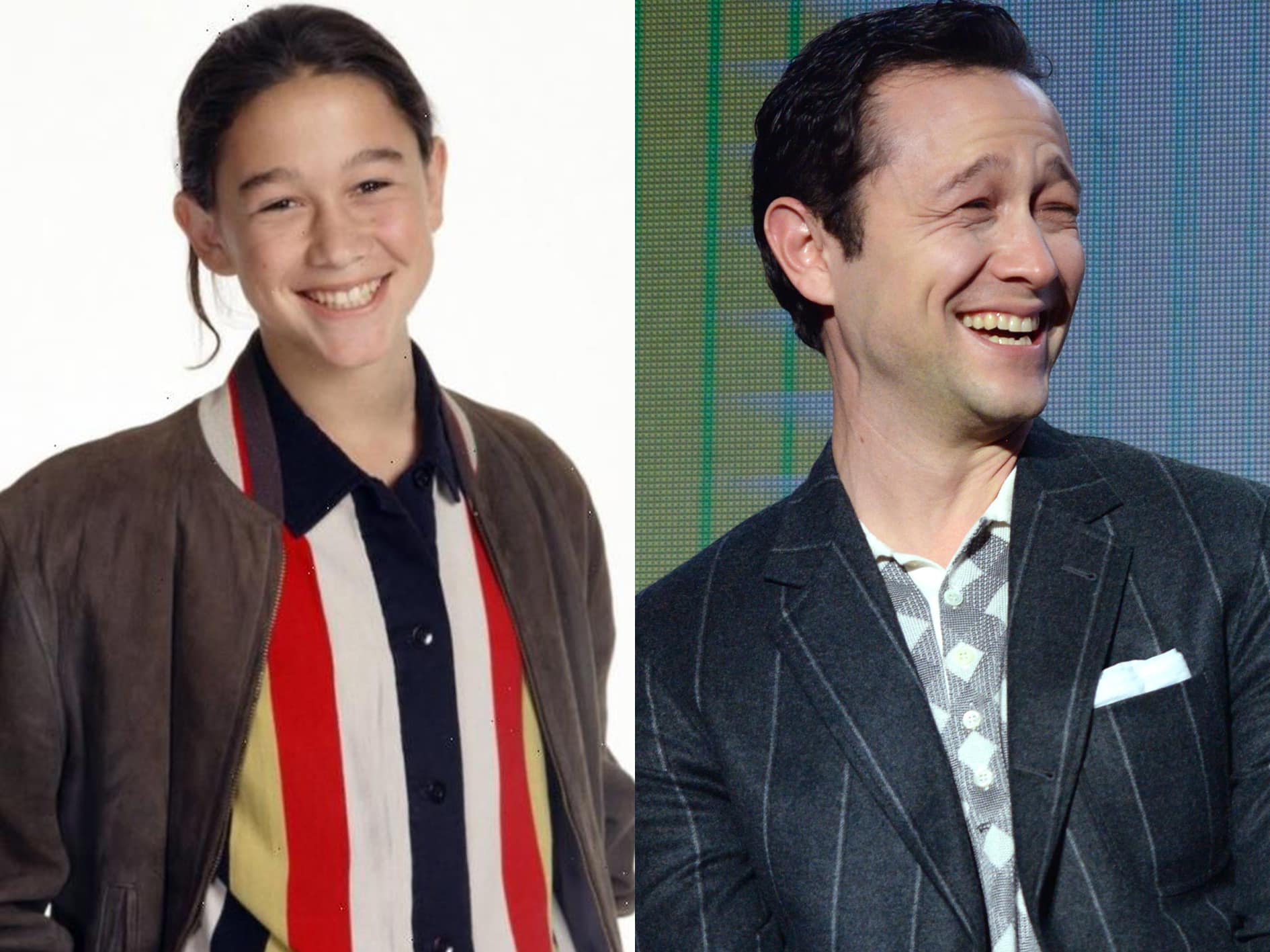 Joseph Gordon-Levitt was only 15 with a respectable child actor career behind him (including appearances on TV’s Roseanne and Quantum Leap) when he was cast as Tommy Solomon. While he had the body of a teenager, Tommy was in fact the eldest of the alien team, which was the source of much of the character’s humour.

Like Woody Harrelson before him, Gordon-Levitt defied expectation by following his time on a sitcom with a remarkably bold and varied film career, including edgy indie films (Mysterious Skin, Brick), sophisticated sci-fi (Looper, Inception), and intelligent comedy-drama (50/50, 500 Days of Summer). Next, he’s in TV’s Super Pumped and the Disney+ remake of Pinocchio. 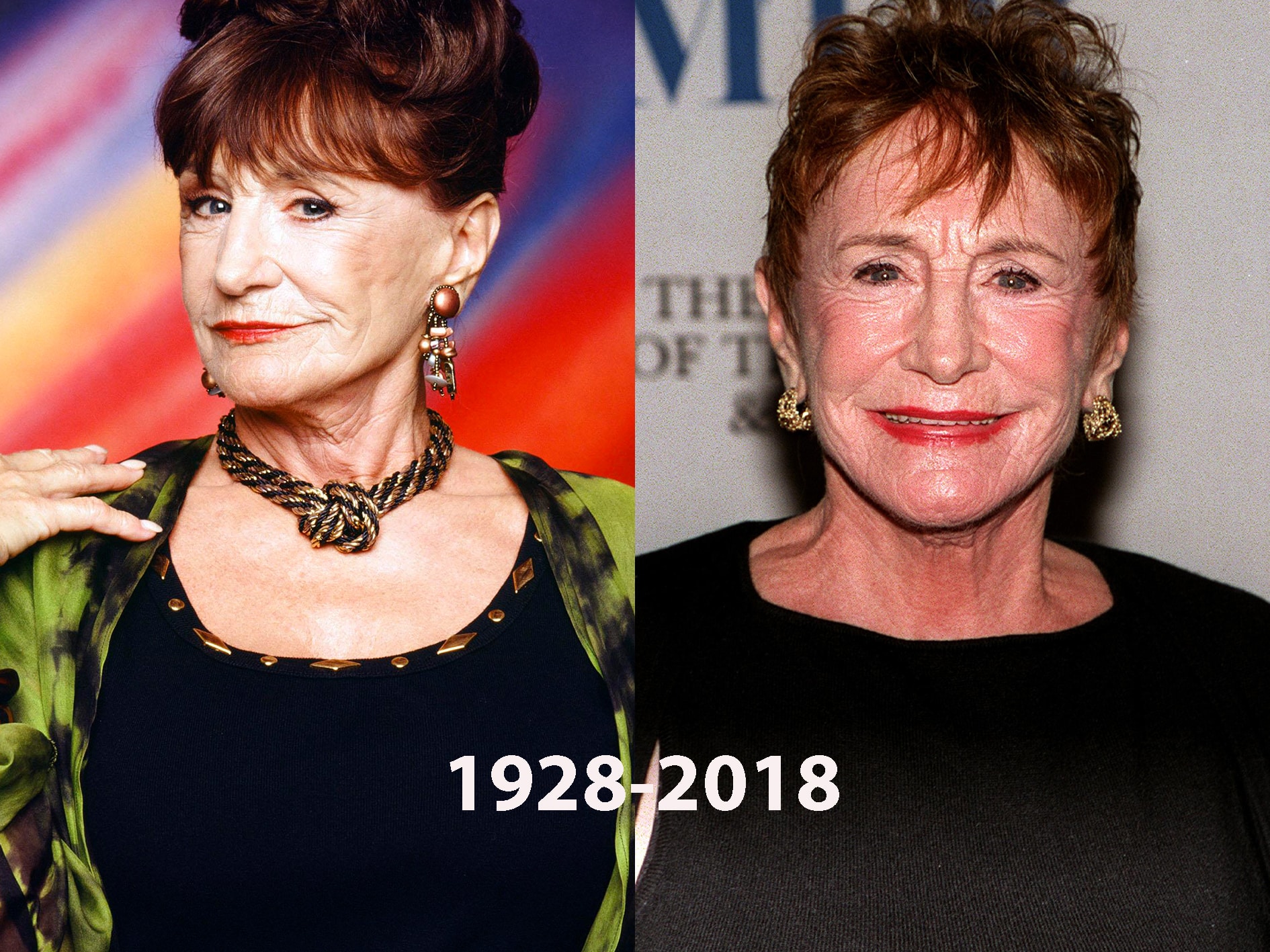 Elmarie Wendel was a long-standing veteran of stage and screen when she was cast in the role of Mrs Dubcek, easygoing and promiscuous landlady to the Solomons who rents out her attic as their apartment. While it was typically a small supporting role, Wendel got plenty of chances to show off her comedy prowess.

Following 3rd Rock from the Sun, Wendel went on to make plenty of TV guest appearances, including a sporadic role on George Lopez, plus voice acting roles in CG-animated film The Lorax and TV’s American Dad. Sadly, Wendel passed away in 2018, just a few months shy of what would have been her 90th birthday. 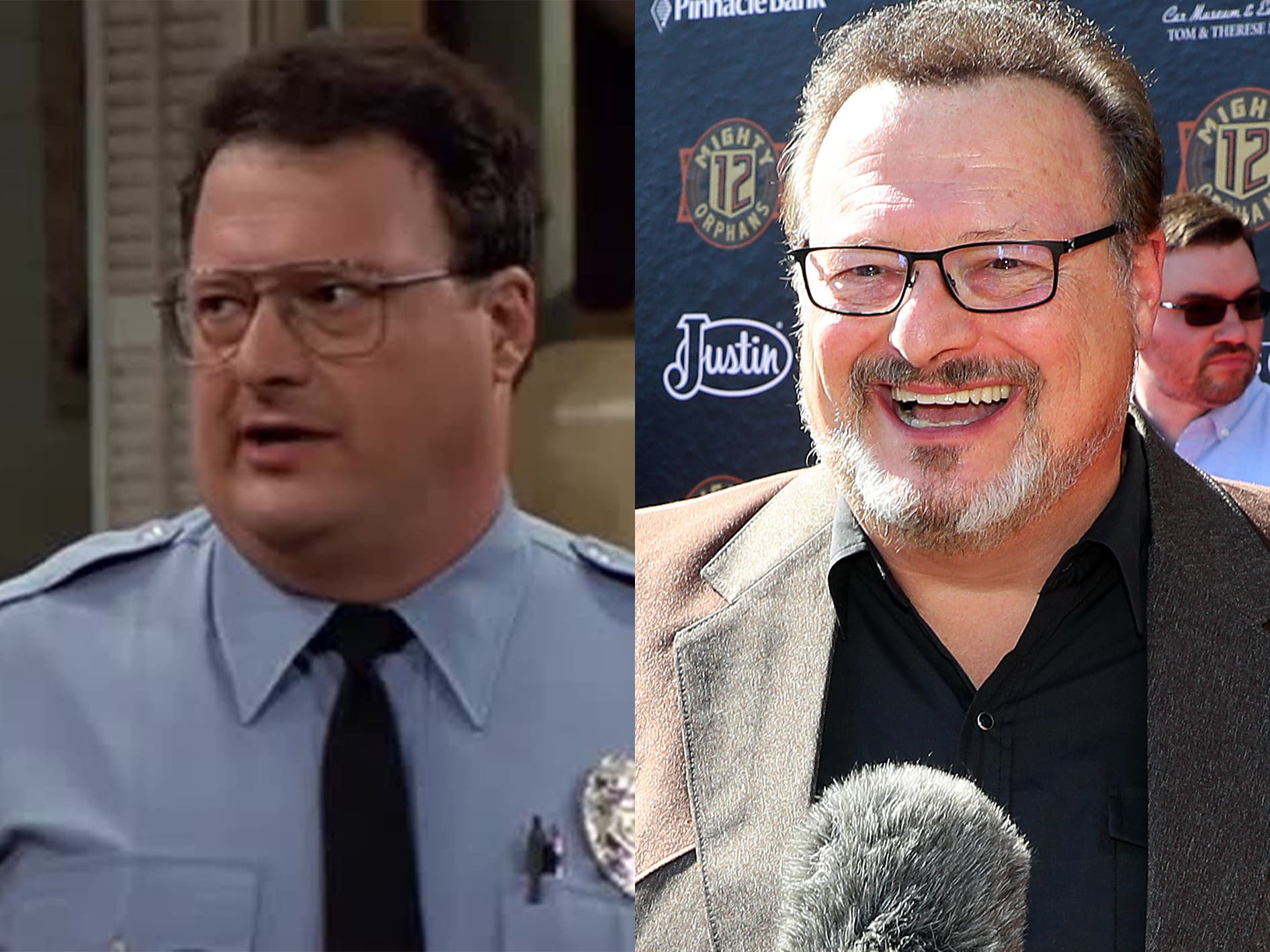 Wayne Knight was a familiar face to 90s audiences thanks to his scene-stealing appearances in Basic Instinct, Jurassic Park and TV’s Seinfeld. He joined 3rd Rock from the Sun during its first season as Officer Don Orville, a distinctly average cop who unexpectedly wins the affections of Kristen Johnston’s Sally when she assumes him to be a prime specimen of the human alpha male.

Since 3rd Rock, Knight has enjoyed a prolific career as a character actor, with a wide range of film and TV credits to his name. He’s also a prolific voice actor: most recently he’s been heard in podcast drama Blood Ties, and as The Penguin on TV’s Harley Quinn. 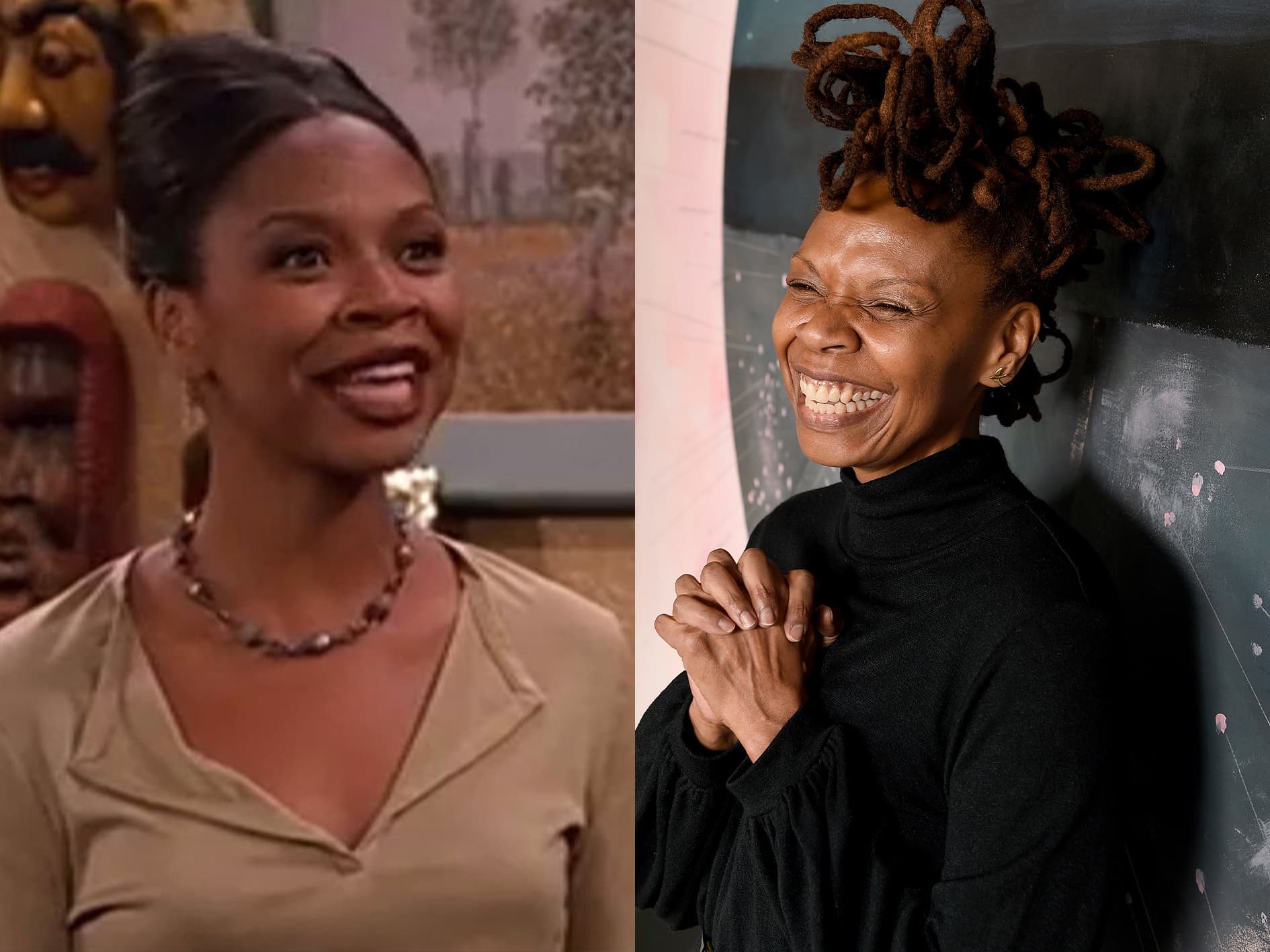 Simbi Khali had appeared in Vampire in Brooklyn and A Thin Line Between Love and Hate when she was cast in 3rd Rock from the Sun as Nina, the assistant of both Dick and Mary at the university. Initially a minor supporting role, Nina was ultimately bumped up to one of the series leads.

Khali went on to make a number of TV guest appearances (including roles on That 80s Show and Weeds), as well as appearing in the films We Were Soldiers and Mississippi Damned. Beyond this and some video game voice roles, Khali has largely faded from the limelight since. 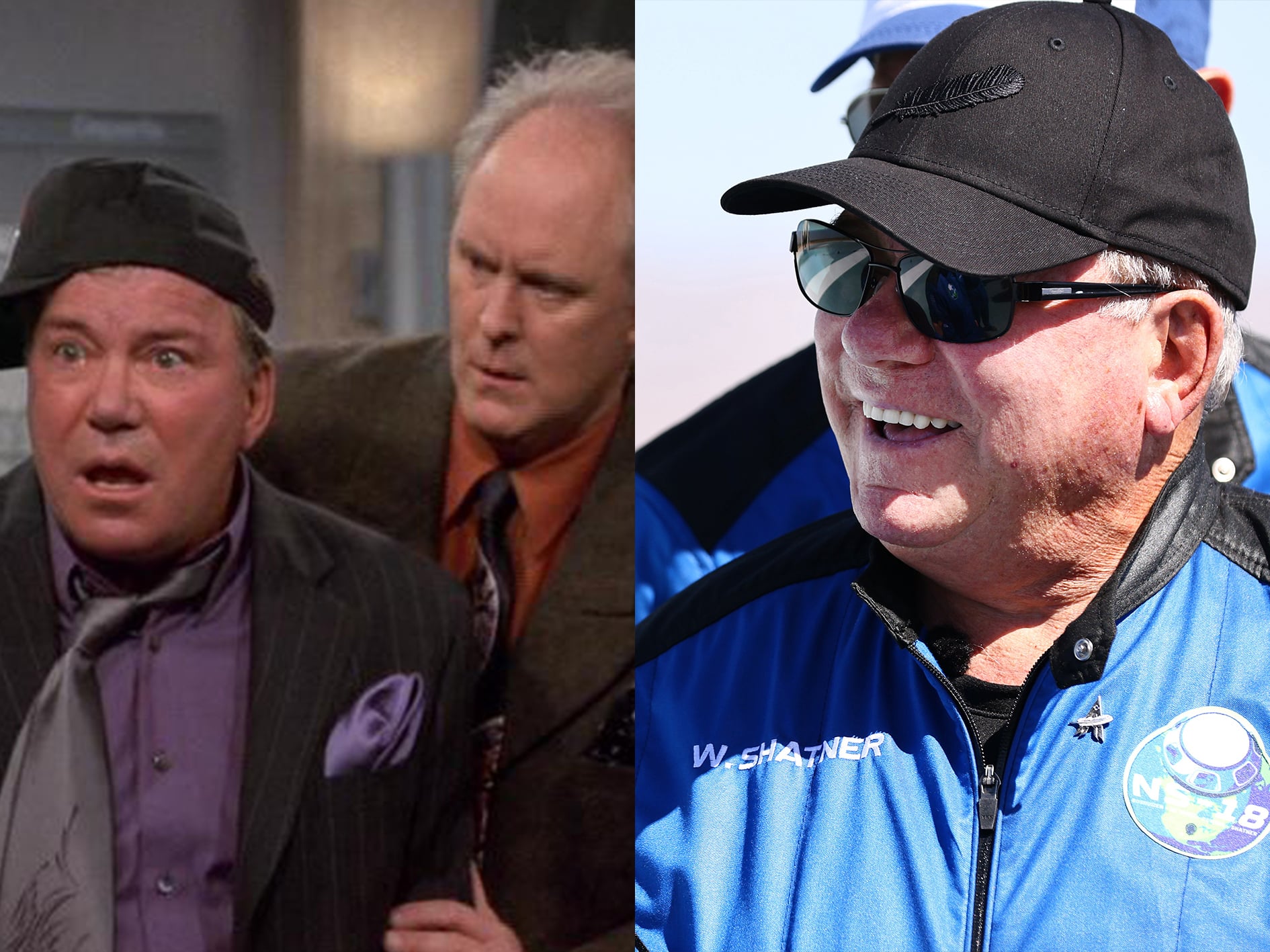 When it was decided that the alien boss man The Big Giant Head should appear on the show, who else could they have cast but William Shatner? A sci-fi icon thanks to his role in the Star Trek franchise, Shatner joined 3rd Rock from the Sun for several episodes in the fourth and fifth seasons.

Shatner has continued to work extensively since, most notably with TV legal dramas The Practice and Boston Legal. In 2021, aged 90, he made history by becoming the oldest person to travel into outer space aboard the Blue Origin sub-orbital capsule. 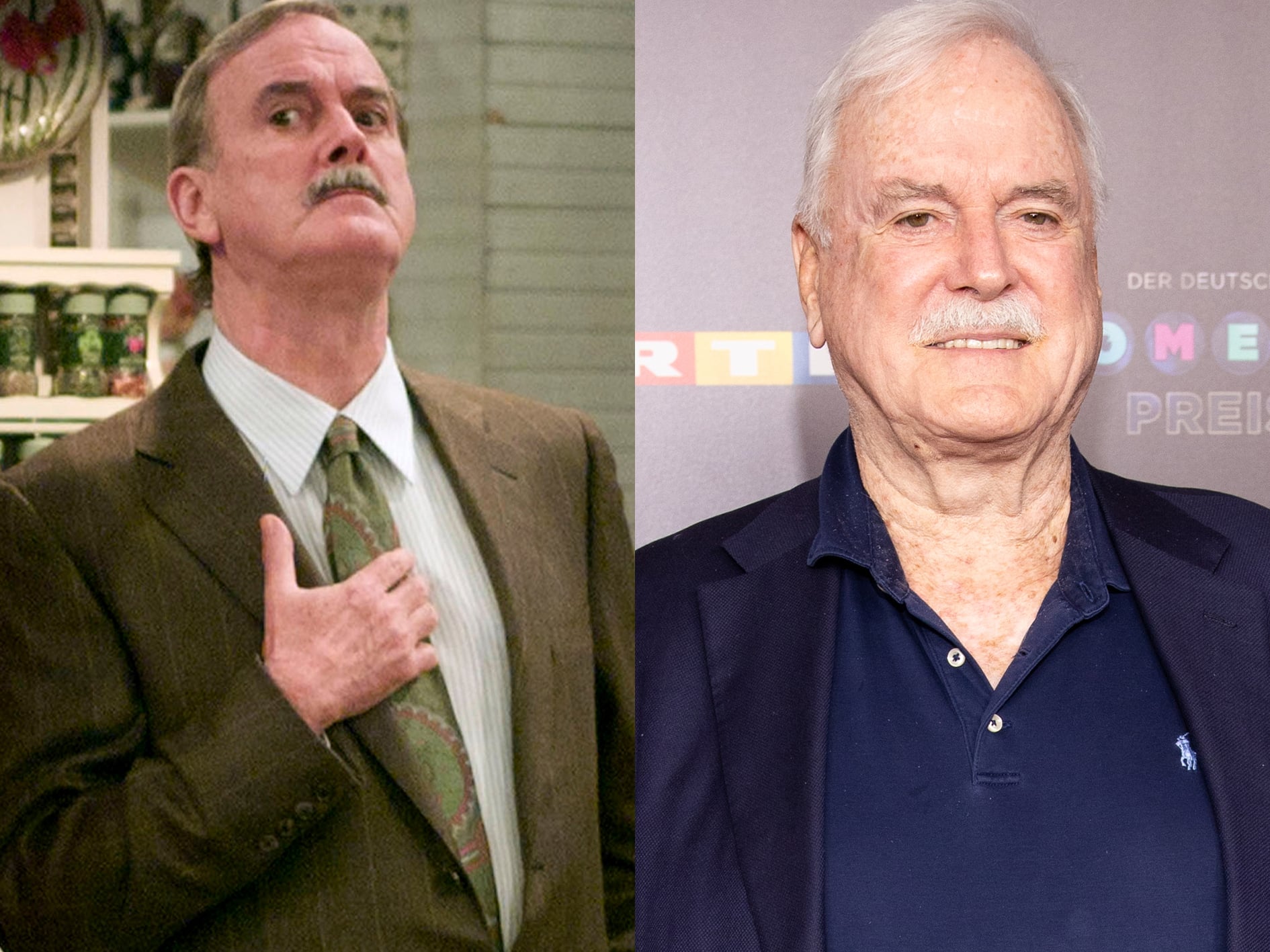 Probably the second most notable 3rd Rock from the Sun guest star after Shatner is British comedy legend John Cleese. The Monty Python and Fawlty Towers funnyman made several appearances on the sitcom’s third and sixth seasons as another alien who takes the human name Liam Neesam, and plans to destroy the Earth.

Not long after 3rd Rock, Cleese had another recurring sitcom role on Will & Grace. In the years since he’s remained a familiar face on film and TV, most recently appearing in Father Christmas is Back and Clifford the Big Red Dog.