10 Cartoon Characters All 80s Girls Really Wanted To Be

Whilst the 1980s may not have delivered as many strong female characters as you might see on your TV screens these days, we were still treated to an extremely fine selection of fabulous females during our formative years. Featuring pop stars, acrobats, reporters and superheroes, below are 10 ladies of the animated variety that all 80s girls really wanted to be. 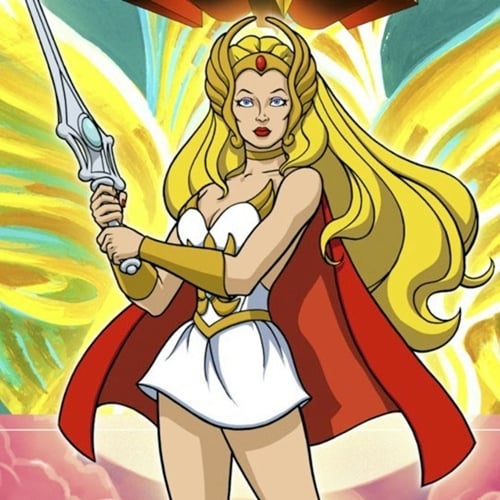 She was recently rebooted in the successful Netflix show She-Ra and the Princesses of Power, but us 80s kids were first introduced to Princess Adora – the long lost sister of a certain Prince Adam – in the classic 1985 animation She-Ra: Princess of Power.

Created to appeal to young girls in the same way He-Man had already done so for boys, She-Ra sold around $60 million worth of toys and merchandise in 1985 alone.

9. Jem (Jem and the Holograms) 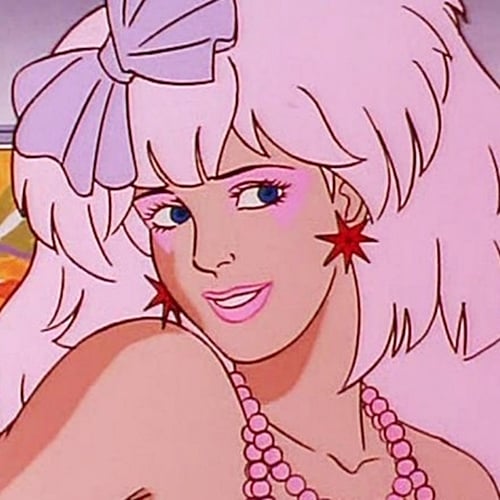 Some of you more rebellious 80s girls may have preferred Pizzazz, lead singer of rival band The Misfits, but in our eyes you simply couldn’t get any more beautiful or talented than Jerrica Benton and her singing alter-ego Jem.

Jem starred in her own self-titled animated series alongside her band the Holograms, who delighted us every episode with brilliantly produced songs that featured vocals from professional singers.

8. Teela (He-Man and the Masters of the Universe) 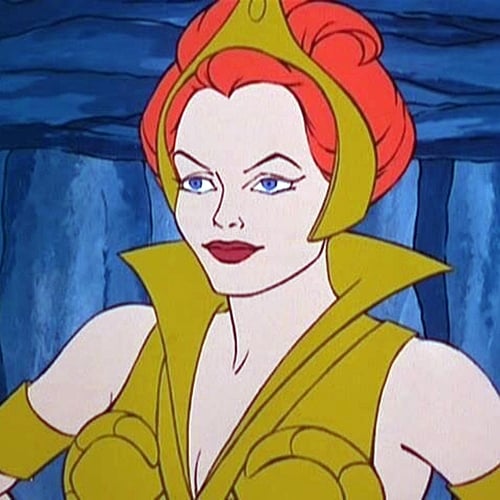 The most recent trailer for the upcoming Netflix reboot Masters of the Universe: Revelation suggests that Teela will have as big of a role in the show as He-Man himself.

Despite some backlash, in the context of the show this gender shift does make sense, as being the Captain of the Royal Guard at Eternia’s palace, Teela is responsible for both the protection and training of a certain Prince Adam. 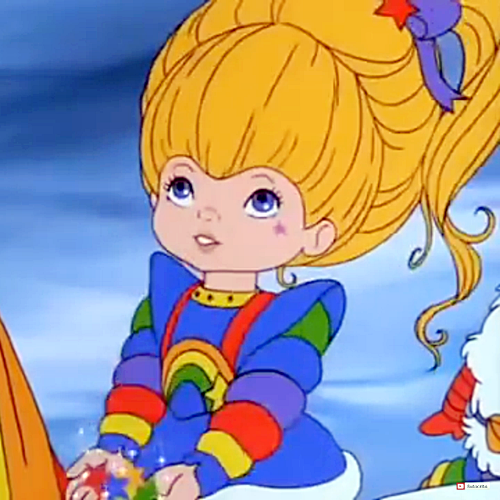 She was on our bed sheets, lamps and even our lunch boxes, such is the love we had for the gorgeous Rainbow Brite during our formative years.

Many of you will remember having a Rainbow Brite cuddly toy at the end of your bed, but she also appeared in her own 13 episode TV series between 1984 and 1986. 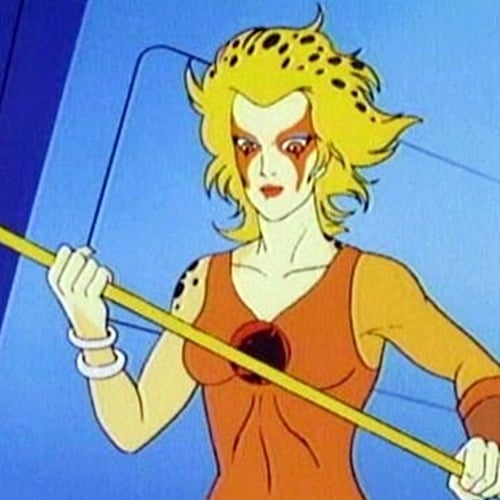 She caused great excitement among many 80s boys by appearing ‘naked’ in ThunderCats’ opening episode, but Cheetara proved to be as tough, able and agile as Lion-O, Panthro and Tygra.

As kids we were always trying to replicate Cheetara’s incredible speed, which saved the ThunderCats from grave danger on many different occasions. 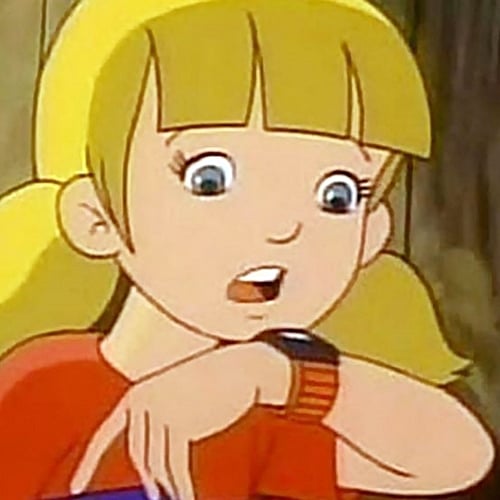 A certain cyborg police inspector may have provided the cool gadgets, but his niece Penny definitely brought the brains in the duo’s fight against the evil – and as yet unidentified – Dr. Claw.

Penny’s investigations often led to her being captured, but technology such as her computer book, laptop, tablet and video watch (which we always wished we could own) would always assist her in escaping the enemy’s clutches. 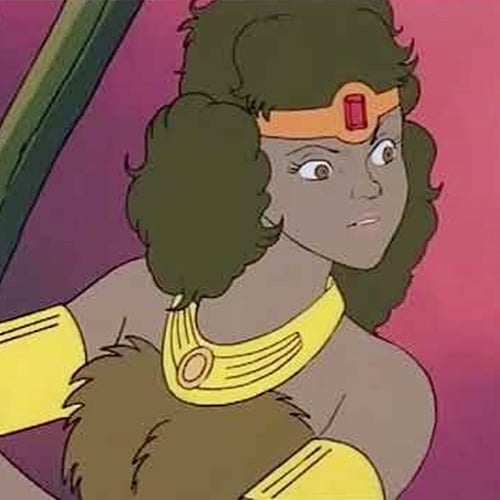 We could easily have picked Sheila the Thief instead, but Diana’s acrobatic abilities meant that she was always our favourite member of the young Dungeons & Dragons crew.

A tomboyish 14 year old girl who was an Olympic gymnast and horse rider before she found herself in Dungeons & Dragons’ nightmarish realm, Diana owned an unbreakable staff that could shrink or grow in length at her will. 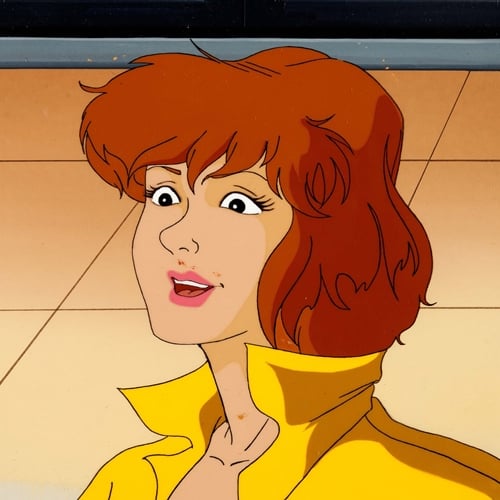 April O’Neil was originally a scientist who was saved from an attack at her laboratory by the pizza loving Teenage Mutant Ninja Turtles.

O’Neil was the turtles’ very first human ally, and her transfer from the pages of comic books to our TV screens saw her become a strong-willed news reporter. 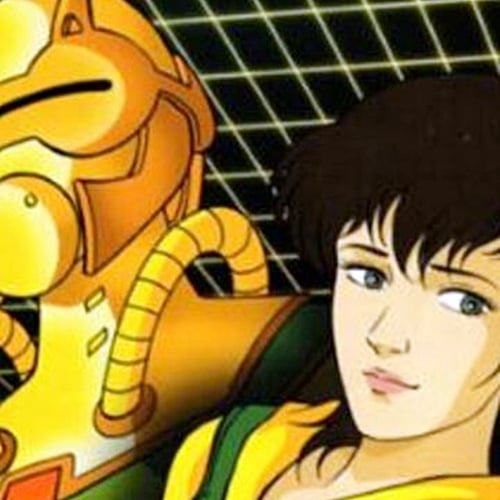 We almost chose V.E.N.O.M.’s evil but gorgeous Vanessa Warfield, but our search for the best female member of the Mobile Armored Strike Kommand simply had to end at Gloria Baker.

Ok, so she might have been the only female in Matt Trakker’s paramilitary organisation, but Gloria Baker was a racing car driver who got to pilot a brilliant car turned submarine called Shark in the show’s superior first season.

1. Firestar (Spider-Man and His Amazing Friends) 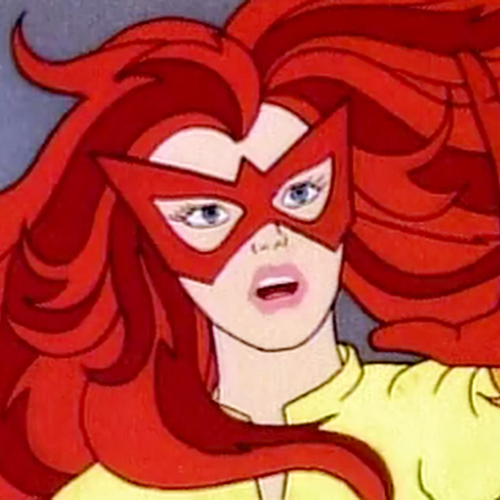 She had never once appeared in comic book form before Spider-Man and His Amazing Friends hit our TV screens, but recent rumors have suggested that Firestar will soon be making an appearance in the modern, live action Marvel Cinematic Universe.