Here’s What Your Cabbage Patch Dolls Are Worth In 2022

When it comes to toys that were popular in the 80s, and among people of all ages and genders, only one springs to mind: Cabbage Patch Kids. The first Cabbage Patch Kids (or CPKs, to collectors) were produced in 1982 and became an instant phenomenon, with over 3 million dolls having already been sold by the end of 1983. 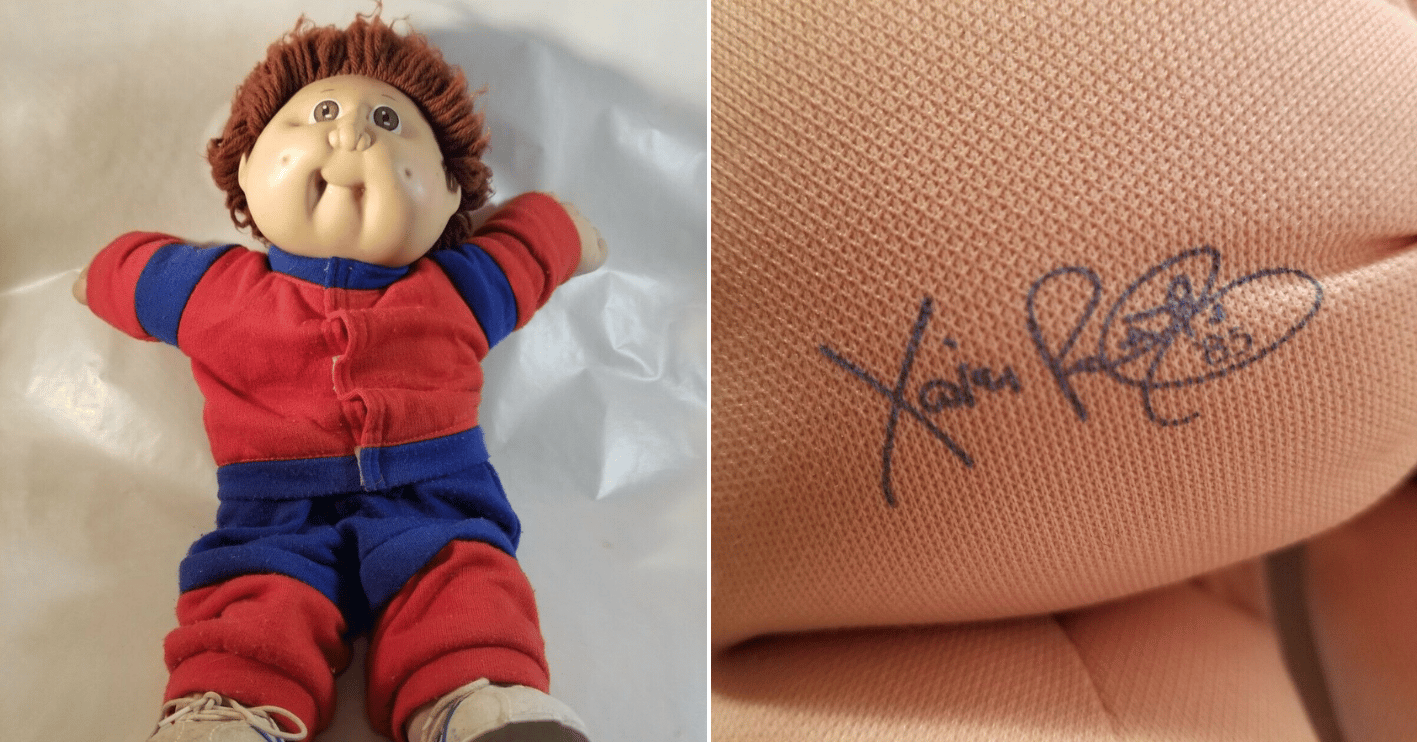 James Dudley is one of many boy Cabbage Patch dolls whose name is made up of two incredibly ordinary first names. However, that hasn’t stopped him from becoming one of the most valuable CPKs on the collector’s market, with a price tag of up to $3,000 in an auction with the right motivated buyers.

There isn’t a consistent rhyme or reason around which CPKs fetch high prices and which don’t, with some 1985 dolls being valued more highly than those from the 1979 run, even when factors like wear and tear or box integrity are equal. As a general rule though, the way to push the value of a doll from the hundreds into the thousands is a box in pristine condition. 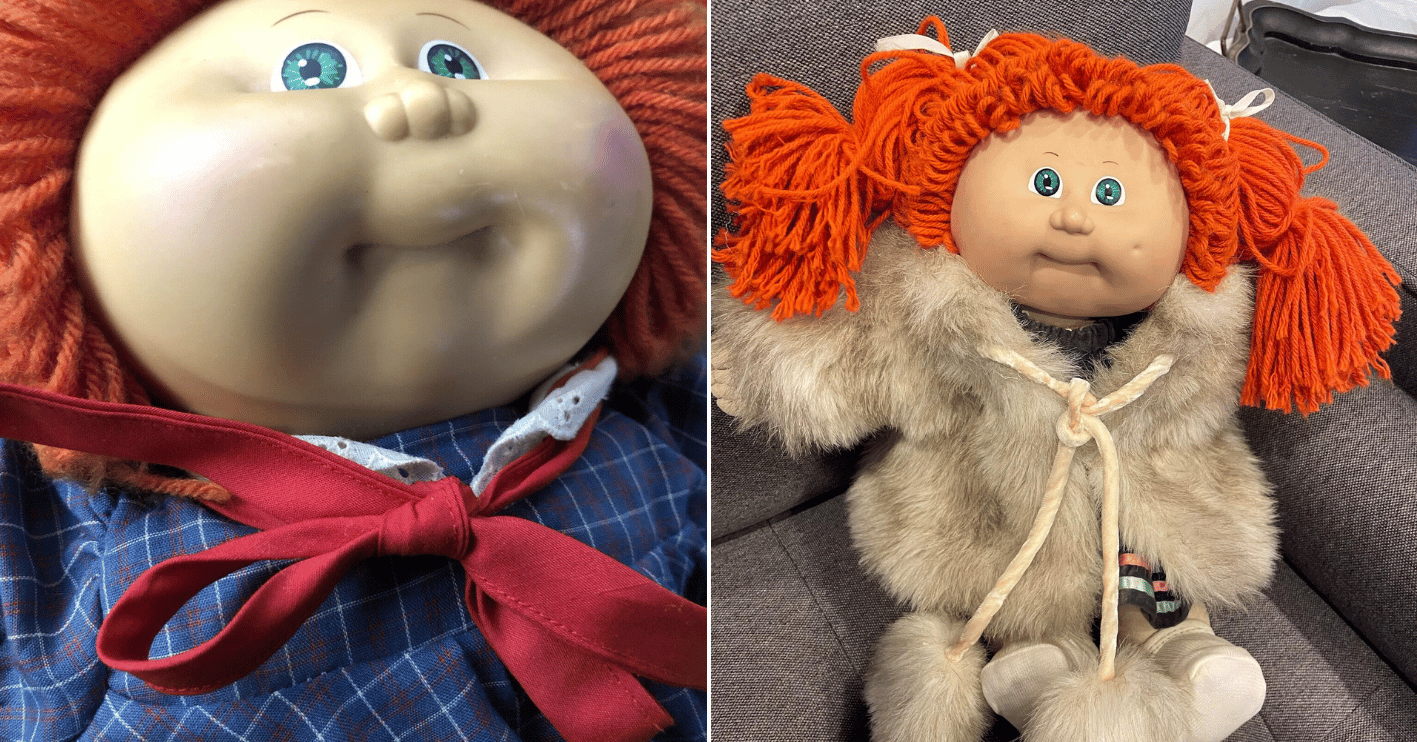 Cabbage Patch dolls have been around for decades, so it’s unsurprising that there are several red-headed characters in the full lineup. With that said, the most popular amongst them is Teresa Ann, whose adorable ginger pigtails and various outfits have made her a favourite amongst kid enthusiasts and grown-up collectors alike.

Teresa Ann is one of the rarer Cabbage Patch dolls in the roster, and so has been known to fetch up to $2,000 on the resale market. However, in order to get the highest price, any Teresa listing must include her original pink dress as opposed to any updated, homemade or third-party clothes, and it is a bonus if both her box and birth certificate are intact. 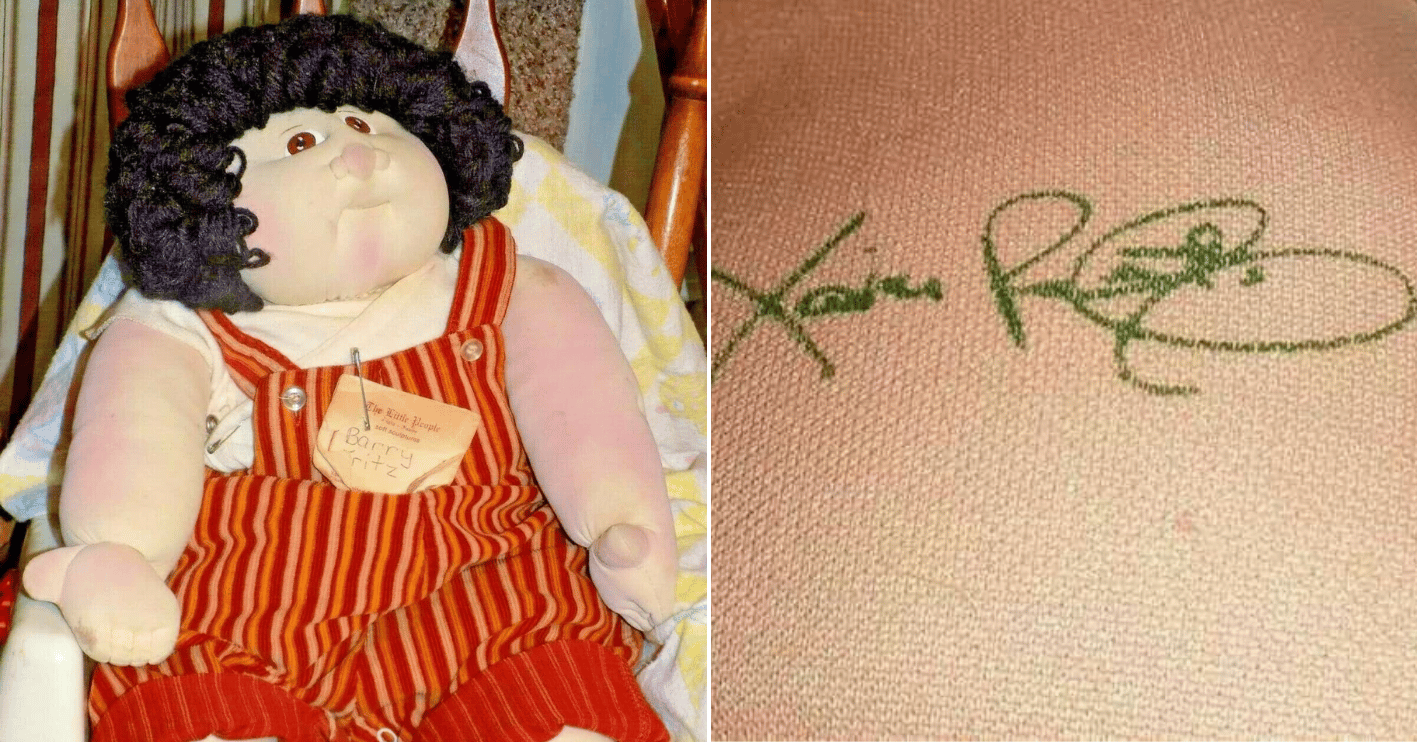 When you think of famous Cabbage Patch Kids, your mind probably doesn’t go to Barry Fritz immediately. But maybe it should, since Fritz was the first Cabbage Patch Kid ever created, and was designed before the toy company even officially launched. As the first of his kind, and the beginning of what would become an iconic 80s empire, it’s no surprise that Fritz usually fetches huge prices on the resale market.

On average, Barry Fritz usually brings in around $1,000-2,000 at auction, as long as he is certified to be authentic. In fact, even if the clothes he is wearing are of dubious authenticity or perhaps even homemade, Fritz is still always snapped up by collectors due to his rarity and prestige. 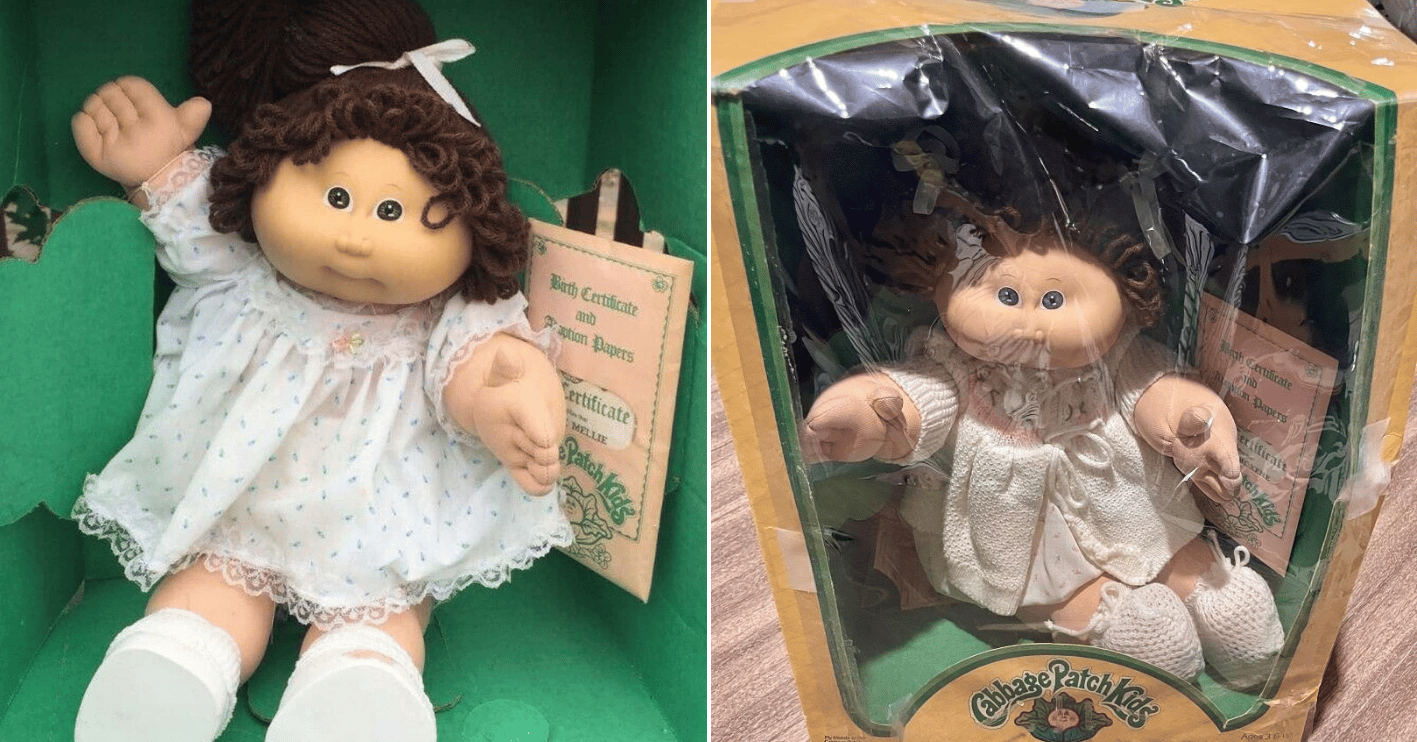 With her delicate flowery sundress and adorable white socks and shoes, Yvonne Millie is one of the cutest Cabbage Patch Kids out there. However, it isn’t just her well-executed cottagecore aesthetic that makes her so popular amongst collectors. As a 1985 CPK and one that doesn’t have super high numbers in circulation, it is always a good day for collectors when Millie shows up at auction.

As a general rule, Yvonne Millie is usually resold for between $800 and $1,000, with the price depending on several factors. The price drops if there is any visible grubbiness or wear and tear on the body and clothes, and drops further if the box is not included in the listing. Even if the box is in sub-par condition, including it can make the listing more valuable. 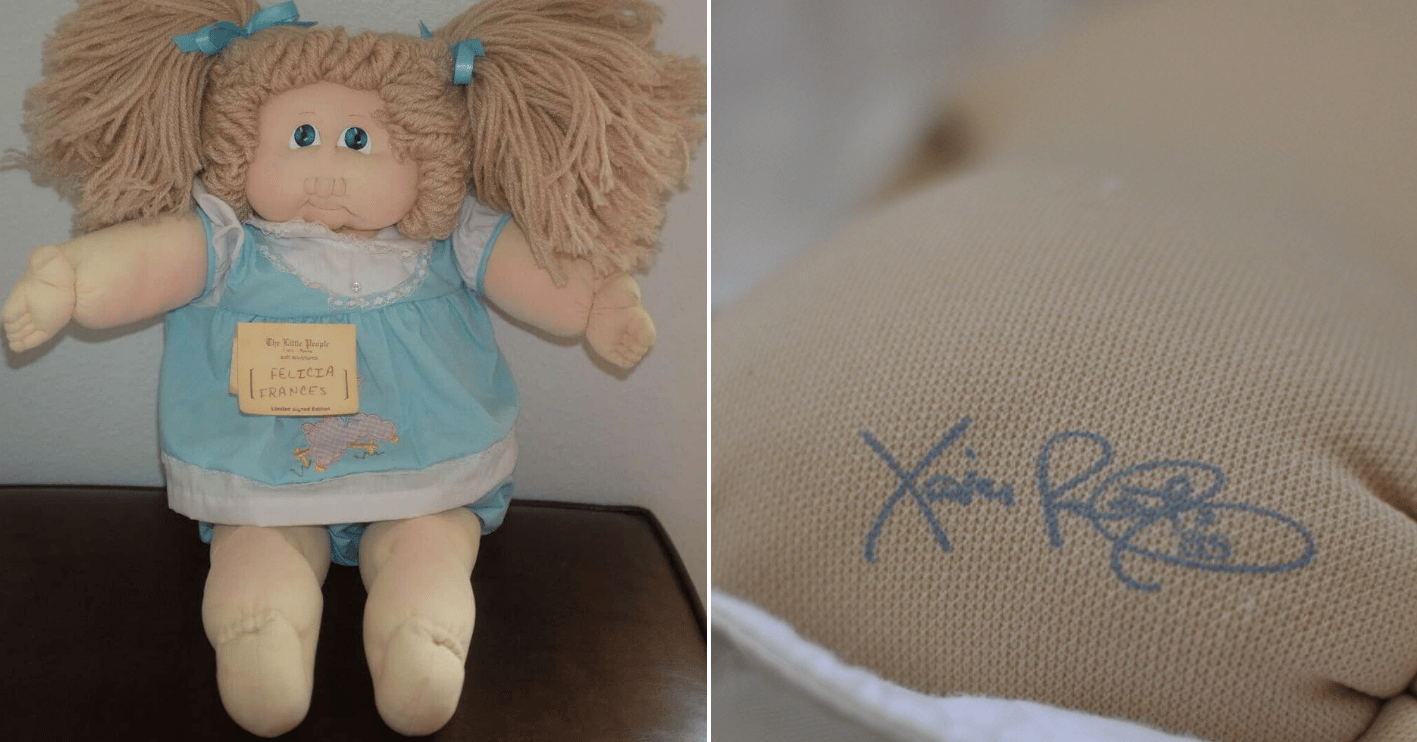 The 1979 Cabbage Patch Kid Felicia Francis was hugely popular with children on release, thanks to her plentiful long, blonde yarn hair, which was a delight to comb and braid. That, plus her bright blue eyes and unique matching apron and bloomers, has made her both instantly recognisable and hugely desirable on the resale market.

When kept in a condition of gently used or better, Felicia Francis can be sold for up to $850. This number is dependent on whether her box is included and what condition it is in, and whether her birth certificate is pinned to her apron. 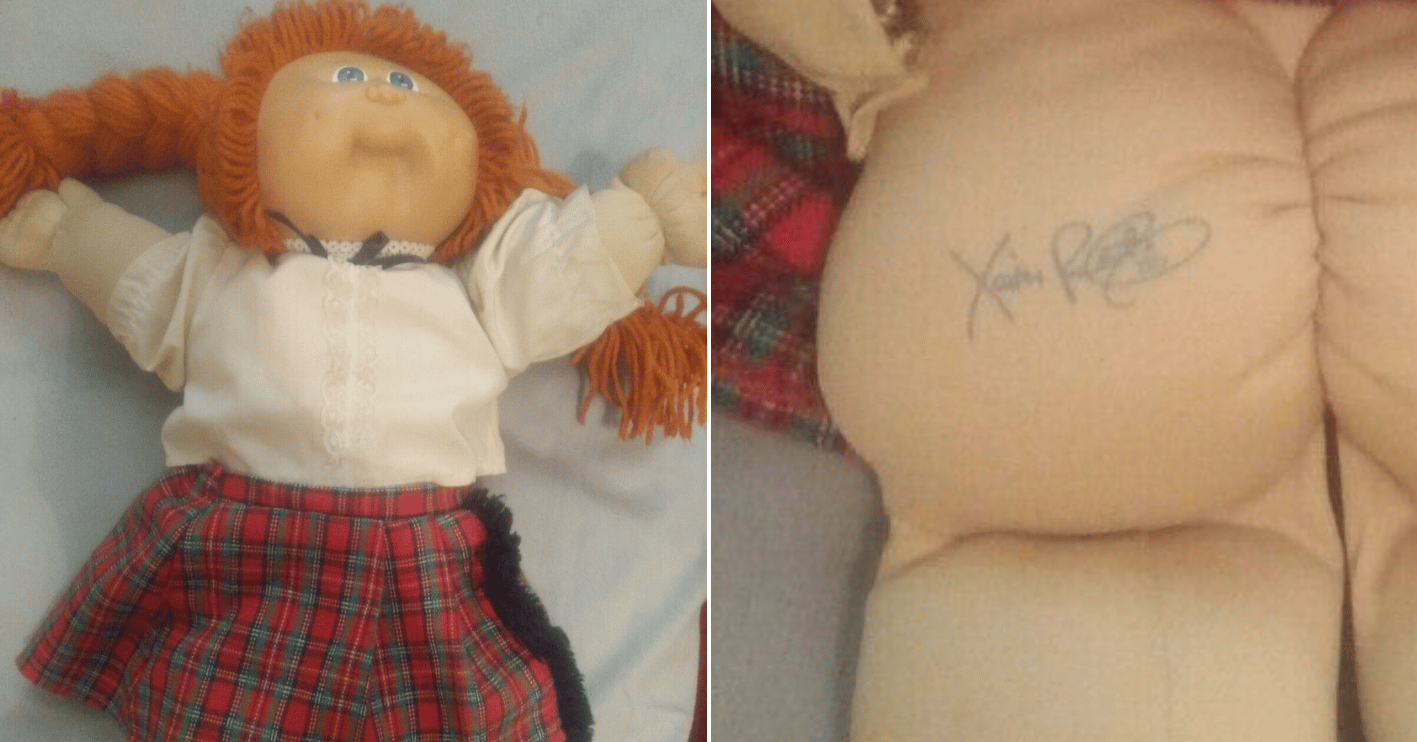 Ann Greta is a 1986 Cabbage Patch Kid, and one of the only ones released in that year to have a solid following decades later. She is described as having dreamy blue eyes and hair that is more strawberry or popcorn blonde than red, and that in combination with her tartan skirt points to her potential Scottish heritage.

Though Greta’s price tag on the resale market doesn’t ever seem to break into the quadruple digits, she is consistently sold to collectors for $800 or more, even without a box. With that said, this price is usually only reached with the presence of a birth certificate, no visible frayed yarn pieces in the hair, and no dirt or stains. 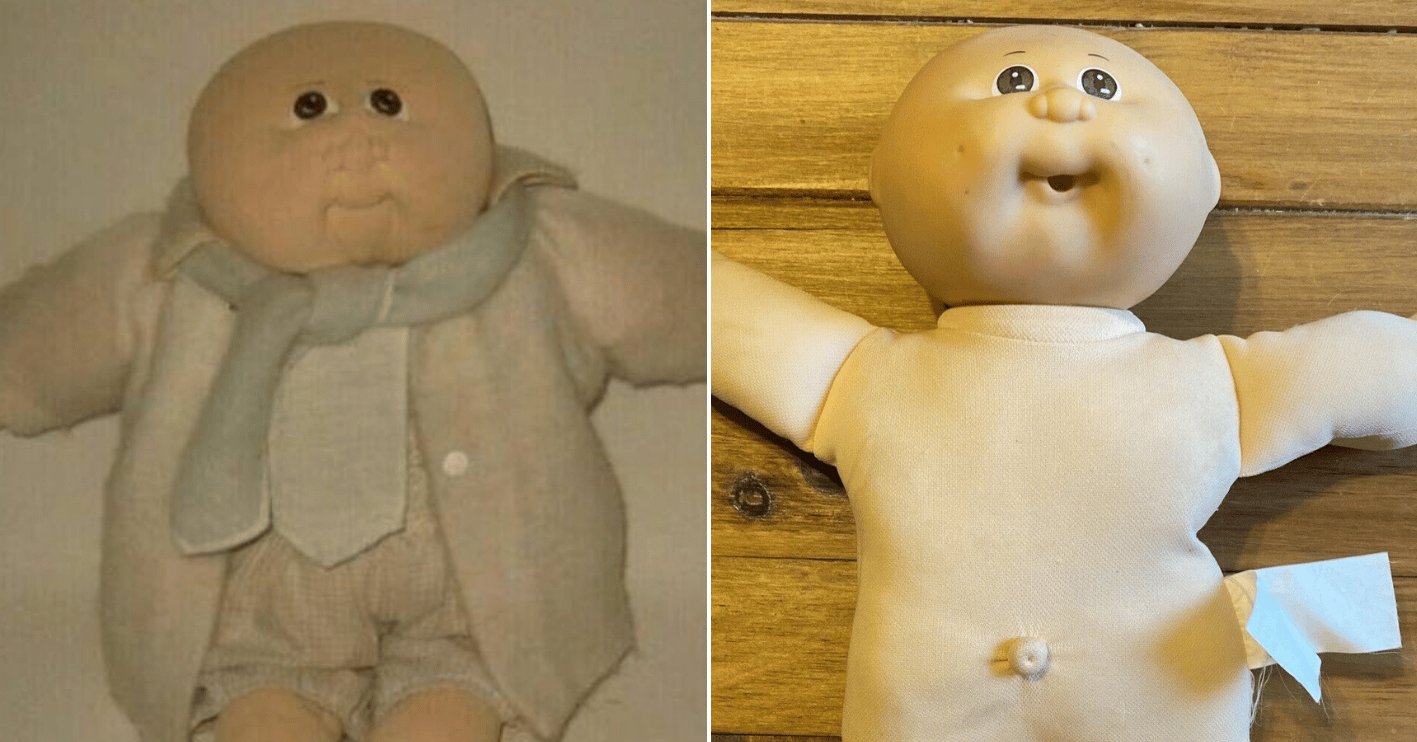 Andrew Blair is slightly less valuable than some other historic Cabbage Patch dolls, due to him having fewer elements like hair, ribbons or bows. With that said, he still often fetches up to $700 at auction, especially when accessories like his scarf and jacket are included, as well as his box. 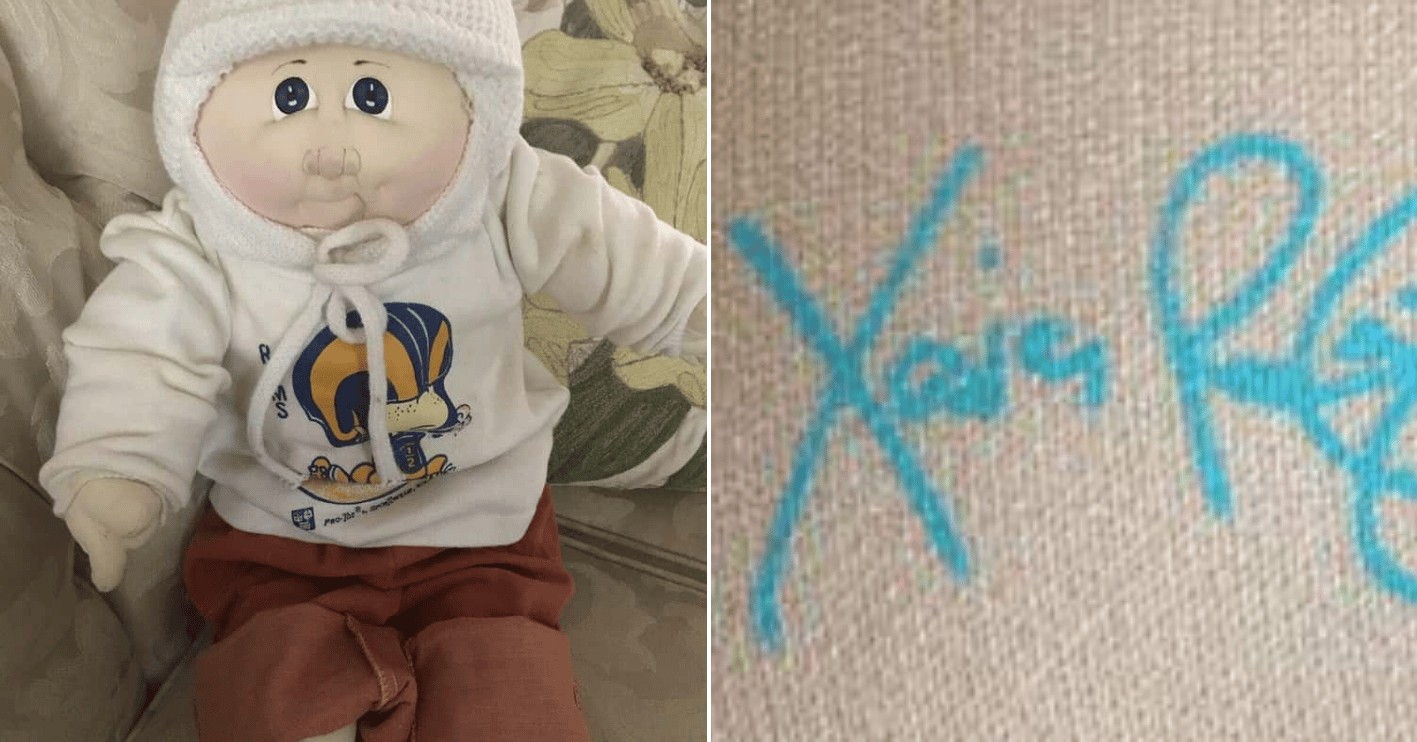 Adam Gregory is one of the oldest CPKs, having been released in 1979. Another infant, he is set apart by his dark eyes, bald head and affinity for turquoise. Not many Adam Gregory’s are still in circulation, and fewer still have their original box, birth certificate or clothes, and so the dolls available to collectors are often lacking in one of these three crucial areas.

Despite this, Gregory is still usually able to fetch around $600 at auction, especially when his clothes and skin are free of any visible wear and tear. Even if he is wearing adapted doll clothes from other brands, or even third-party clothes purchased on Etsy or eBay, it is still possible to sell an Adam Gregory for over $500. 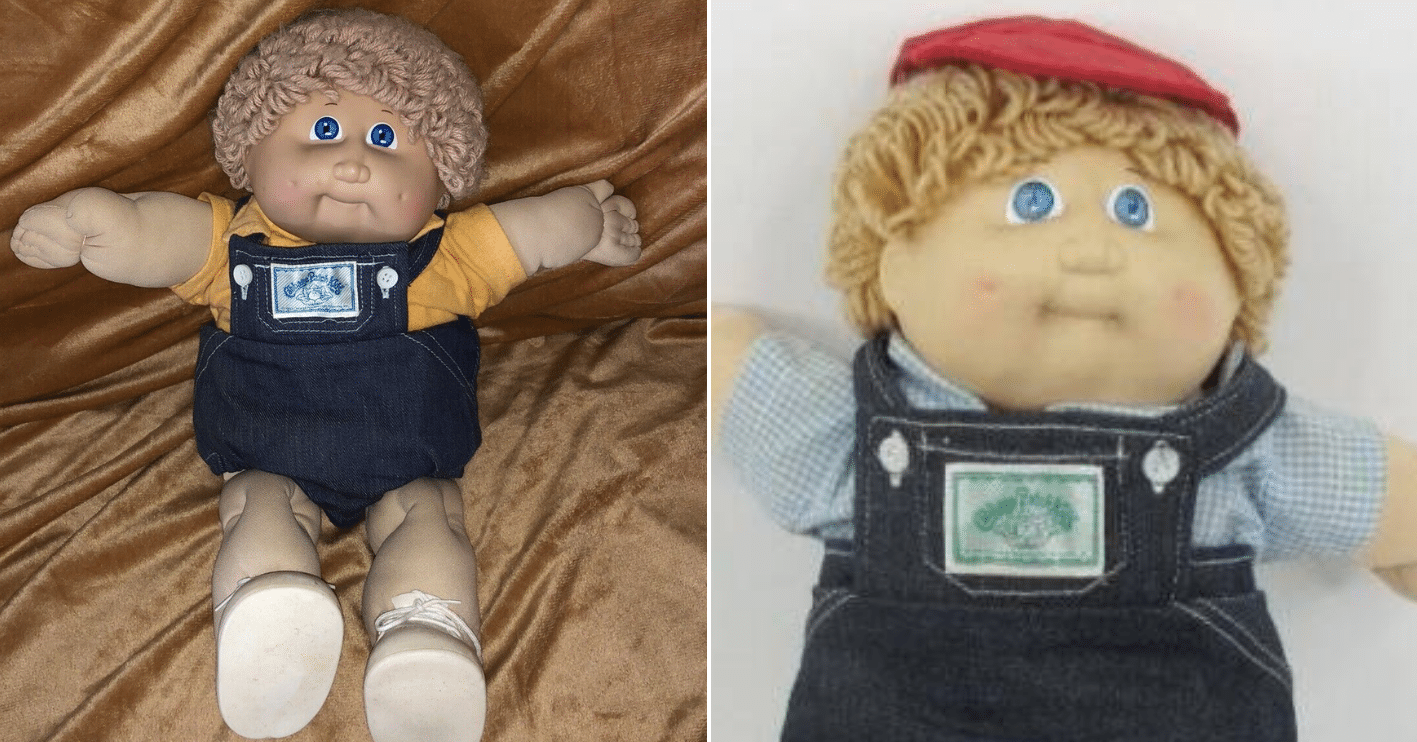 Is it the unique curly blonde yarn hair? Is it the adorable overalls? Is it the low number of this particular CPK in circulation? Whatever it is, the 1985 Cabbage Patch doll Roddy Cyrano is one of the most valuable out there, valued hugely amongst collectors. This is despite the fact that he is one of the only CPKs with his knees on show, which actually looks pretty weird.

Even without his original box and birth certificate, Cyrano is able to fetch over $300 on the resale market. If both those things are present and to a pretty high standard of quality, then the auction price for Cyrano raises to, on average, just under $500, making him the crown jewel of any enthusiasts’ collection. 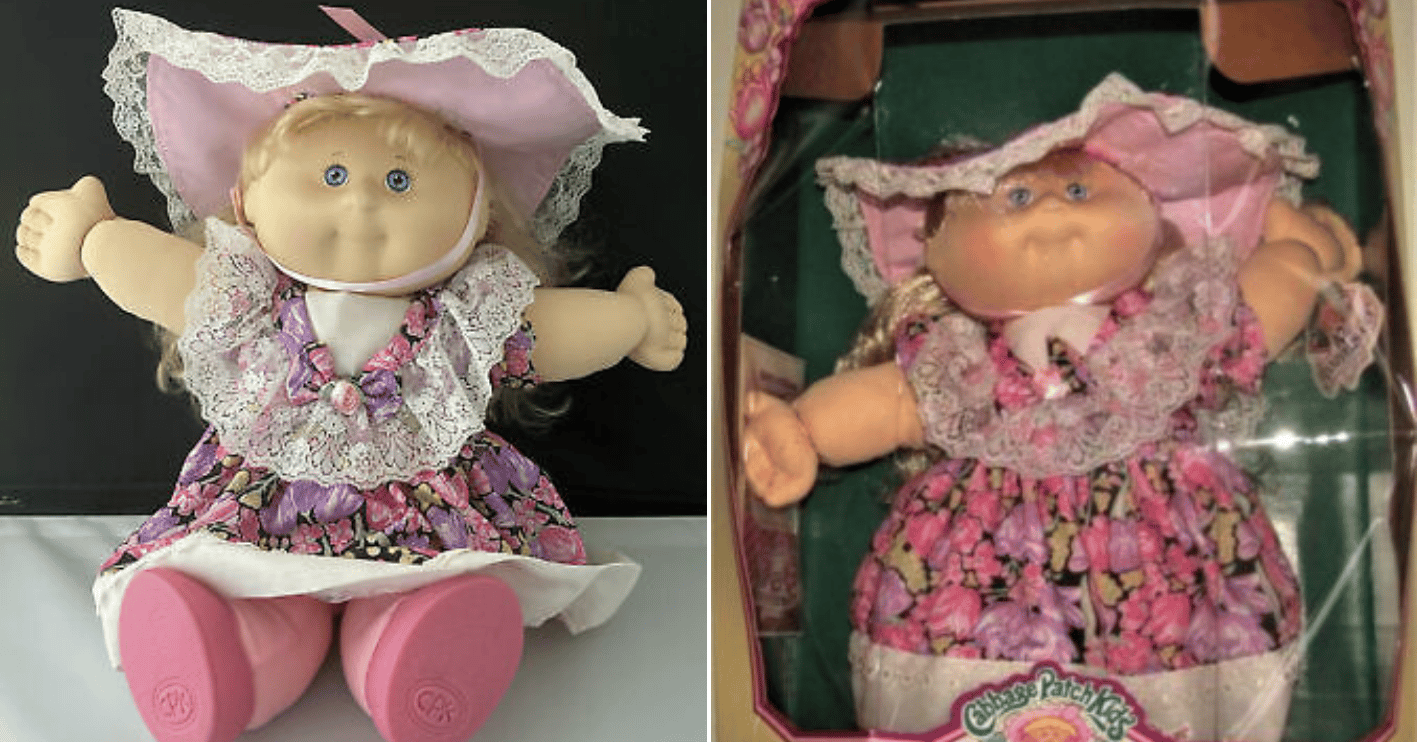 As a general rule, the older a beloved collectable like a doll is, the more it is worth. The main exceptions to this are special edition or anniversary toys, which usually have small, limited runs and thus are worth more due to scarcity. That explains why Zora Mae is worth three times as much as an average Cabbage Patch Kid, despite being made in 1992, much later than the rest of the most valuable CPKs.

Zora Mae was created to celebrate the 10th anniversary of the release of the first Cabbage Patch Kid way back in 1982. Her limited edition pink dress, sun hat and matching booties instantly show that she is ready for a party, which is part of why she’s so beloved today.