10 Thrilling Facts You Might Not Have Known About Deliverance

Almost five decades on, director John Boorman’s 1972 survivalist thriller Deliverance has still not lost its power to thrill and shock audiences. The film follows four men from the city who take a canoe trip into the wilderness of Georgia, but it isn’t long before their idyllic adventure turns into a living nightmare. Few people who see Deliverance are ever quite the same afterwards – but did you know the following facts about the film?

10. Writer James Dickey once claimed the story was entirely autobiographical 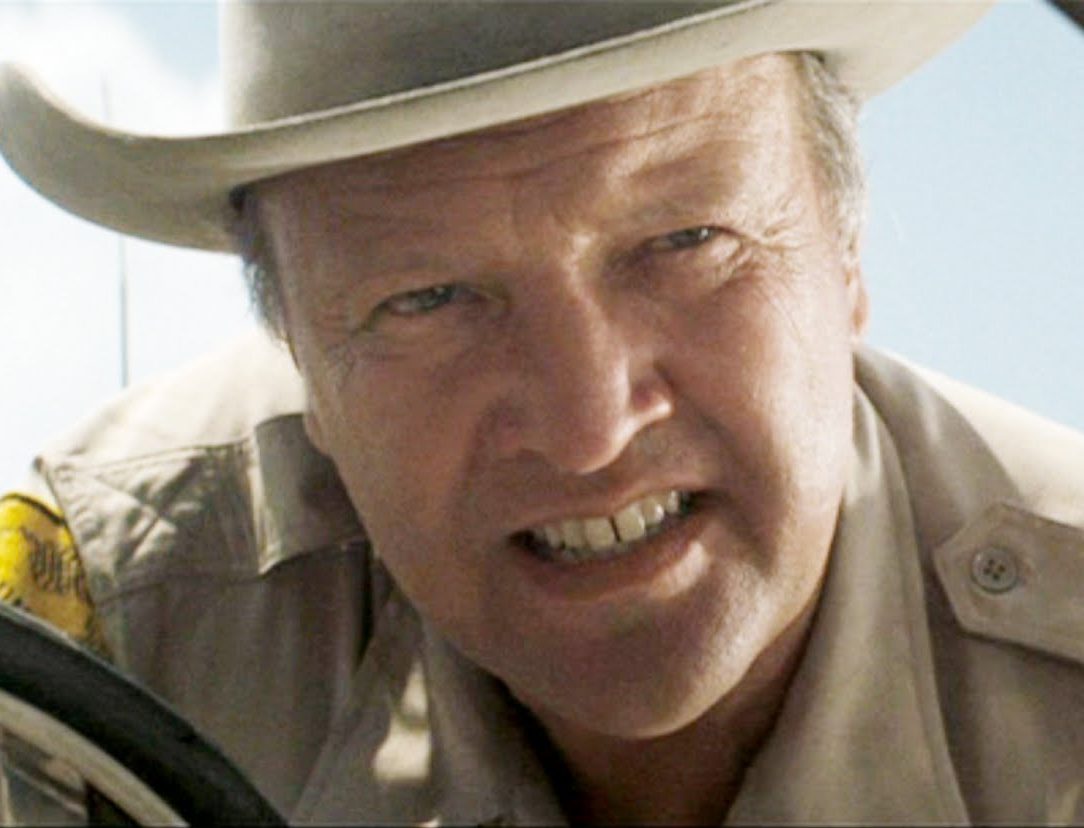 The screenplay for Deliverance was written by James Dickey, a noted poet who adapted the script from his own debut novel. On meeting director John Boorman, Dickey reportedly said, “I’m going to tell you something I’ve never told another living soul. Everything in that book happened to me.” Boorman later doubted the veracity of this claim when Dickey almost capsized a canoe whilst getting in.

Dickey was on set during production providing technical advice and assistance, although this larger-than-life manner meant he was often the source of tension. The writer also wound up making a cameo appearance in the film, as the Sheriff. 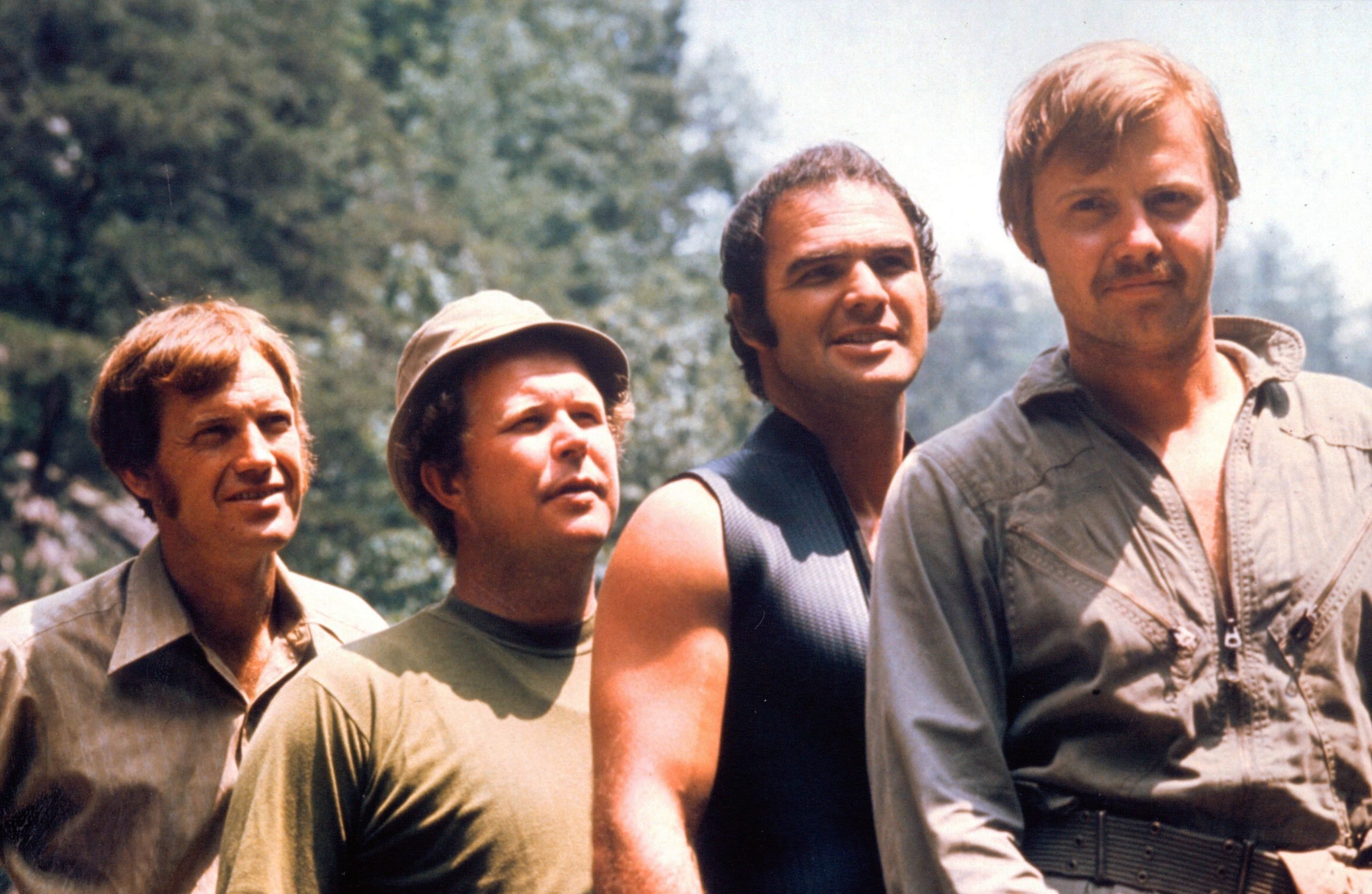 Early on in the development of Deliverance, studio Warner Bros had high hopes for casting a big name cast. Long-established Oscar winners Marlon Brando and Charlton Heston were both offered the film, as were then-rising stars Jack Nicholson and Donald Sutherland, but all passed on the film. Eventually, it was agreed that it would be more cost effective to cast comparative unknowns.

Director John Boorman found Burt Reynolds (a prolific TV actor who’d yet to break through in movies), plus Ned Beatty and Ronny Cox (both theatre actors who’d never made a film before). The biggest star of the bunch was Jon Voight, a recent Oscar nominee for the acclaimed hit Midnight Cowboy.

8. They shot on one of the most hazardous rivers in America 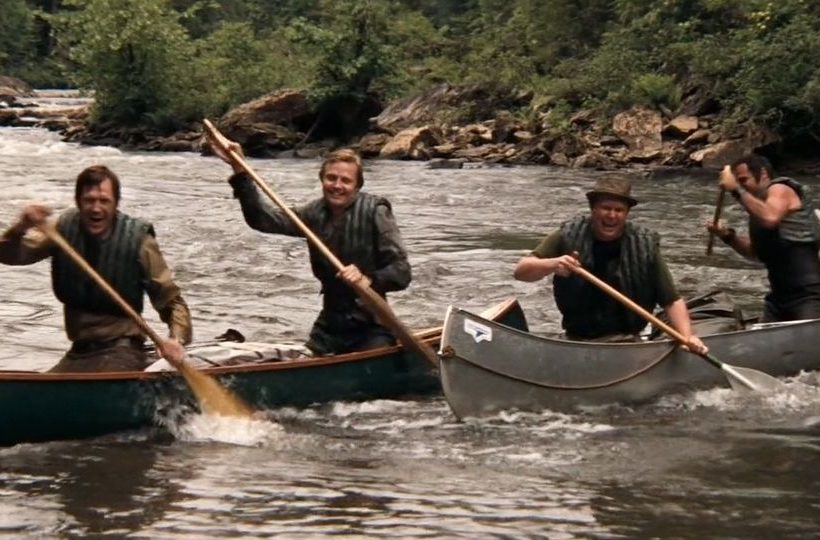 Oftentimes, movies which take place in dangerous locations are in fact filmed from the safety and security of a studio set, with extensive use of special effects. This was absolutely not the case on Deliverance, for which the cast and crew shot along the Chattooga River, along the border of Georgia and South Carolina.

This was graded as one of the most dangerous stretches of river in the US. Unfortunately, its exposure in the film encouraged many people to try rafting the river for themselves in the years that followed, and as a result a number of people have died there.

7. To keep the budget down, the actors were required to perform their own stunts 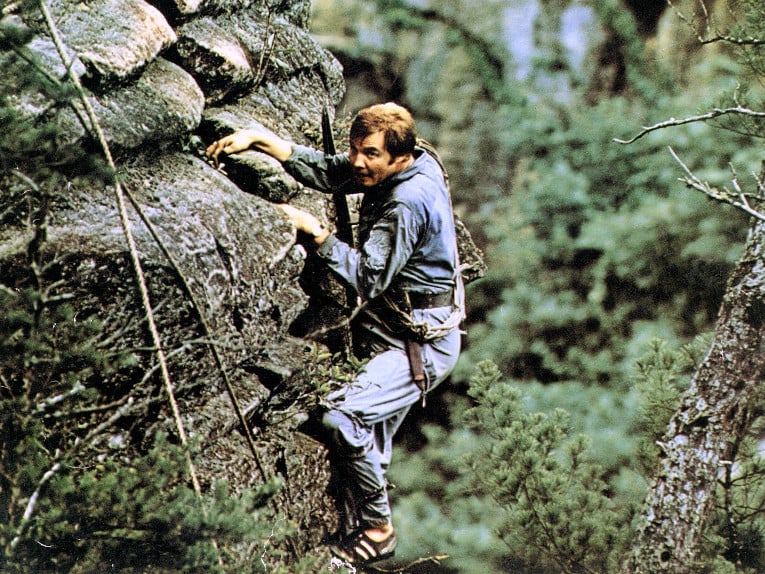 Today, we would assume that any major film shot in such a hazardous location would be heavily insured with extensive health and safety regulations in place. However, back in the early 70s this wasn’t something filmmakers worried so much about. To keep costs down, Deliverance was made without insurance, and the actors were required to perform almost all of their own stunts.

This meant that Voight, Reynolds, Beatty and Cox performed all their own rafting scenes, and in the nerve-wracking later scene when Voight climbs a cliff with no safety equipment, the actor did this for real.

6. Burt Reynolds insisted on going over a waterfall himself 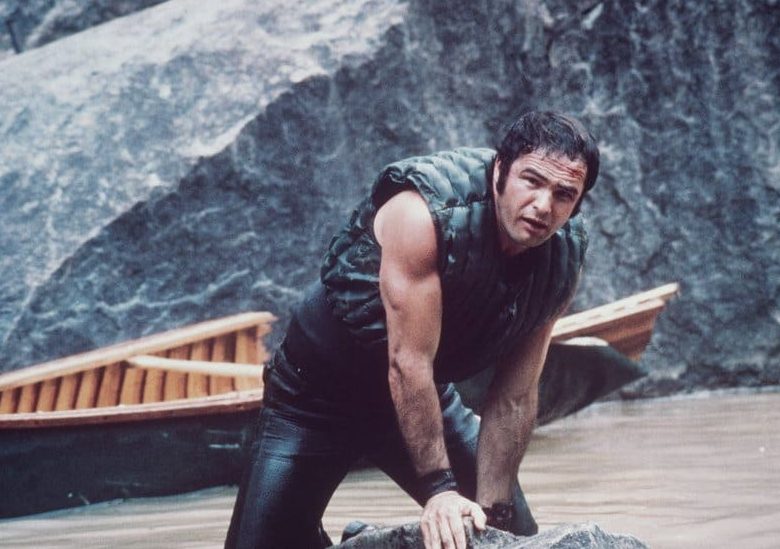 Even though the actors on Deliverance were required to do their own stunts, there were certain instances when the stunt in question seemed too dangerous. For a moment when Burt Reynolds’ character Lewis goes over a waterfall, they shot the scene with a dummy. Reynolds objected that this looked fake, and insisted being allowed to do it himself.

Boorman reluctantly agreed, and unsurprisingly Reynolds got hurt performing the stunt. When the actor asked the director how it looked, Boorman reportedly replied, “it looked like a dummy going over a waterfall.” 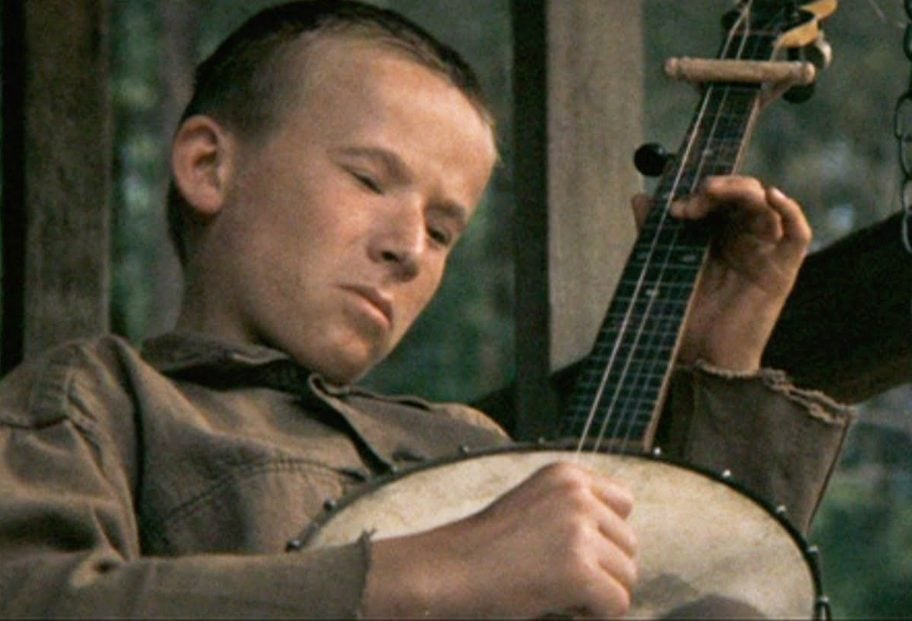 Deliverance’s memorable opening scene sees Ronny Cox’s guitarist Drew engage in an impromptu duet with a young local on a banjo, playing the bluegrass song Dueling Banjos. In the movie, the boy proves a remarkably talented banjo player, but the reality was quite different.

Actor Billy Redden (an inexperienced young unknown who lived locally) couldn’t actually play the banjo, so when shooting his scene he performed only the strumming. Redden’s left arm was hidden, while an experienced banjo player hidden behind him reached around and performed the fretting. 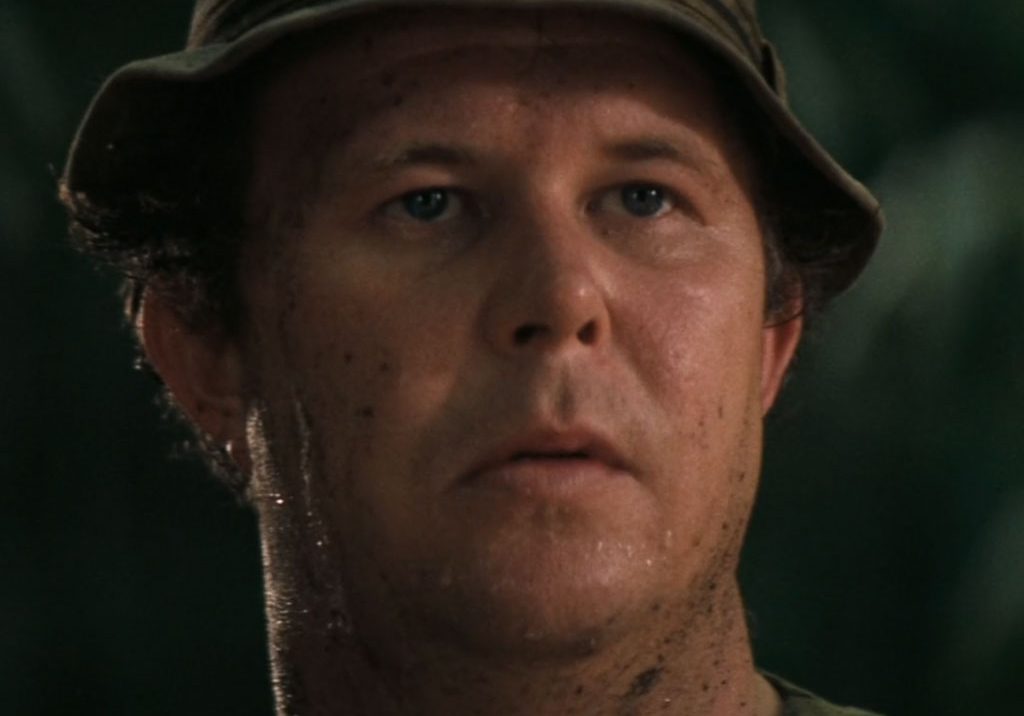 One of the most notorious lines of dialogue in Deliverance is “squeal like a pig,” which one of the mountain men orders Ned Beatty’s Bobby to do during the traumatic rape scene. This line was not in the script: accounts vary on who came up with the line, some claiming it was Beatty himself, although director John Boorman attributes it to a crew member.

The line was originally conceived as alternative dialogue to be used in TV screenings of the film, which would not allow profanity at the time. However, the line was considered so effective they kept it in the theatrical release.

3. Mountain Man actor Bill McKinney held his breath and didn’t blink for over two minutes at a time for his dead scenes 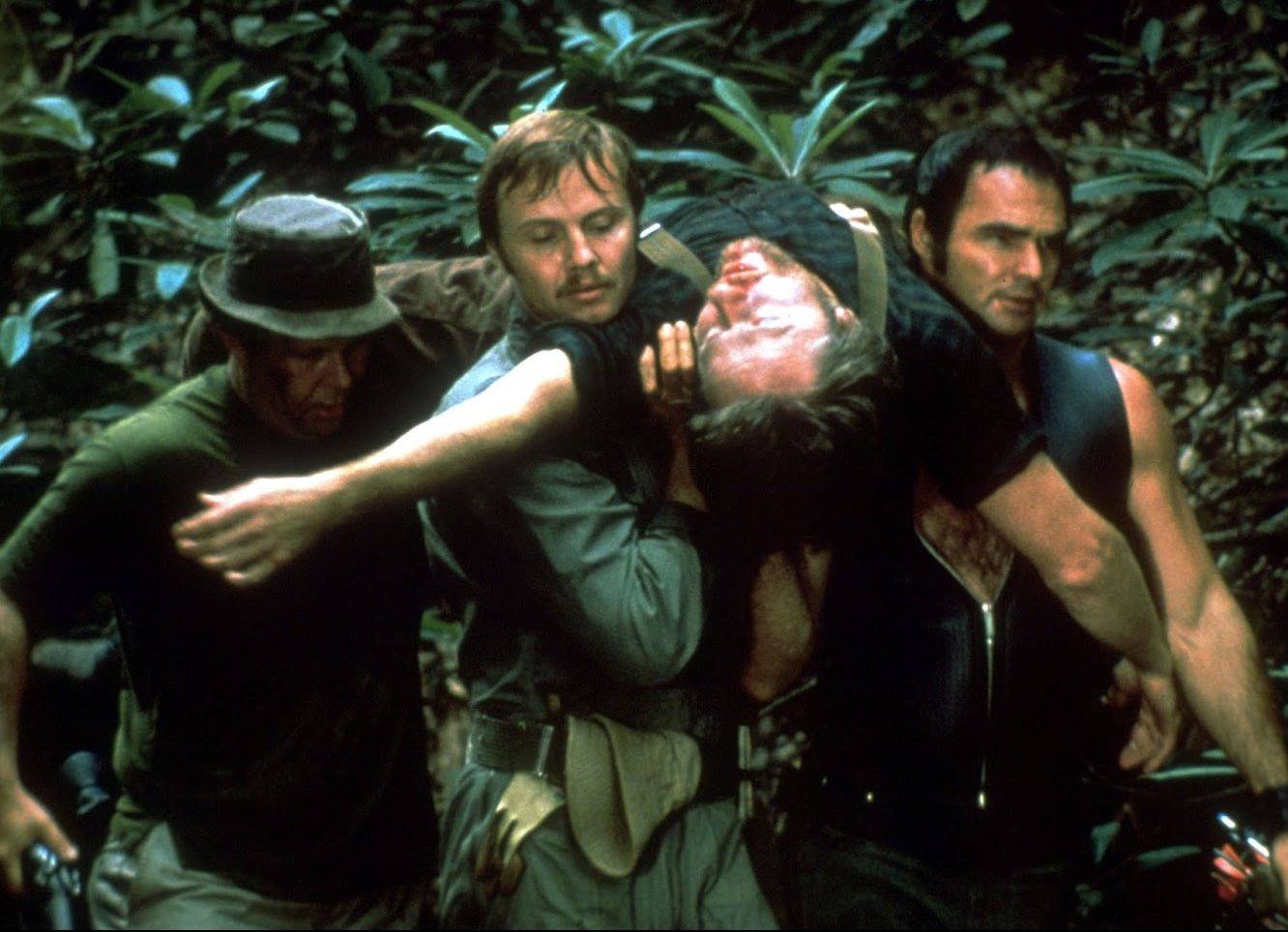 Another of Deliverance’s most harsh and unrelenting sequences follows the killing of the Mountain Man, and their disposal of his body. Actor Bill McKinney impressed John Boorman with his discipline in playing scenes as a dead man.

Boorman recalls, “He held his breath and kept his eyes from blinking for two minutes—he’d trained himself specially for this shot.” 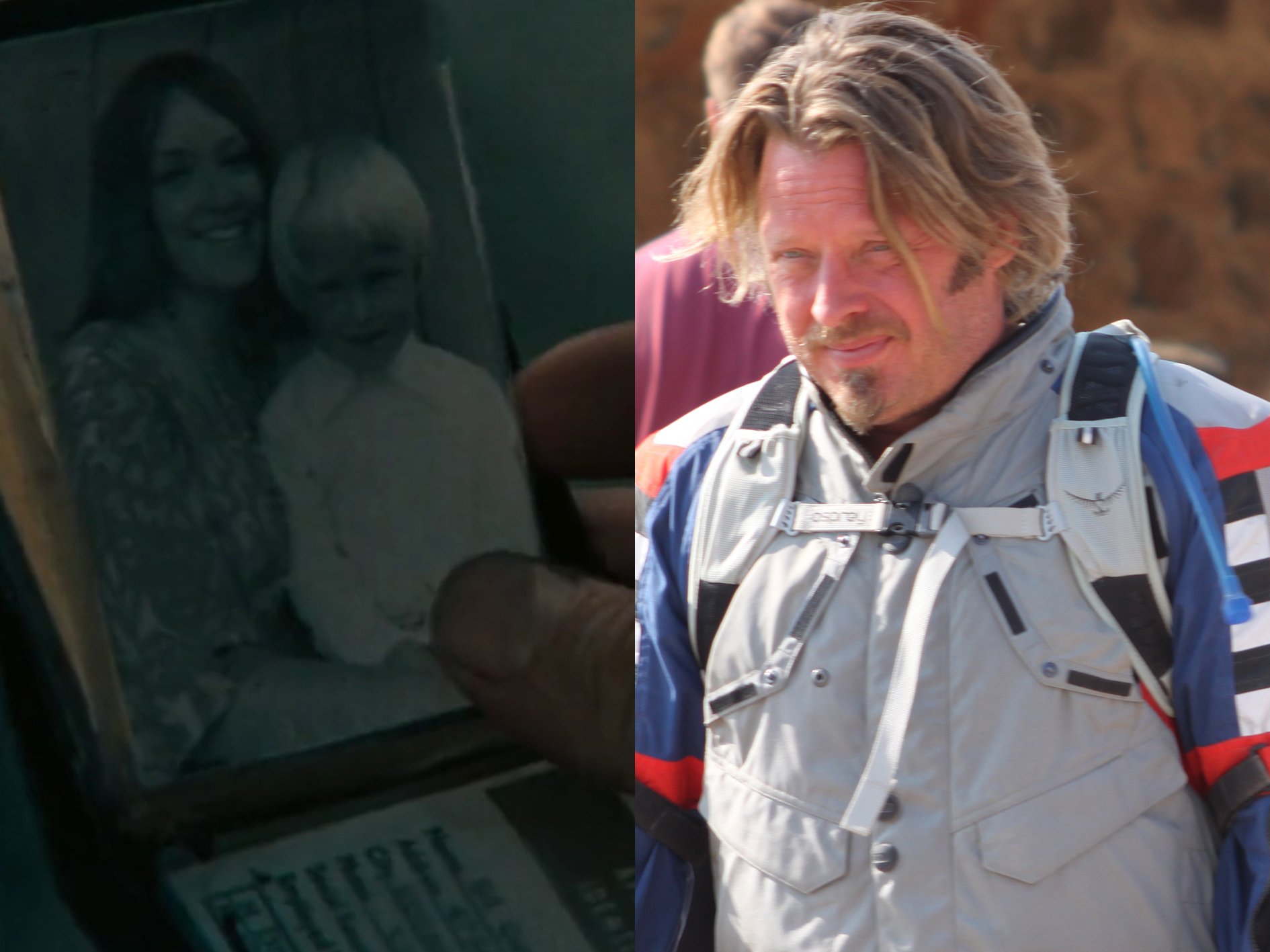 Deliverance features a brief appearance from director John Boorman’s son Charley Boorman, who plays the son of Jon Voight’s Ed. This would be the first of several roles the young Boorman would take in his father’s films: later he played the young Mordred in Excalibur, and took the key role of Tomme in The Emerald Forest.

Though still an actor, Charley Boorman has long since been best known for his travel writing and documentaries, in particular his round the world motorcycle treks with close friend Ewan McGregor, chronicled in TV shows Long Way Round, Long Way Down and Long Way Up. 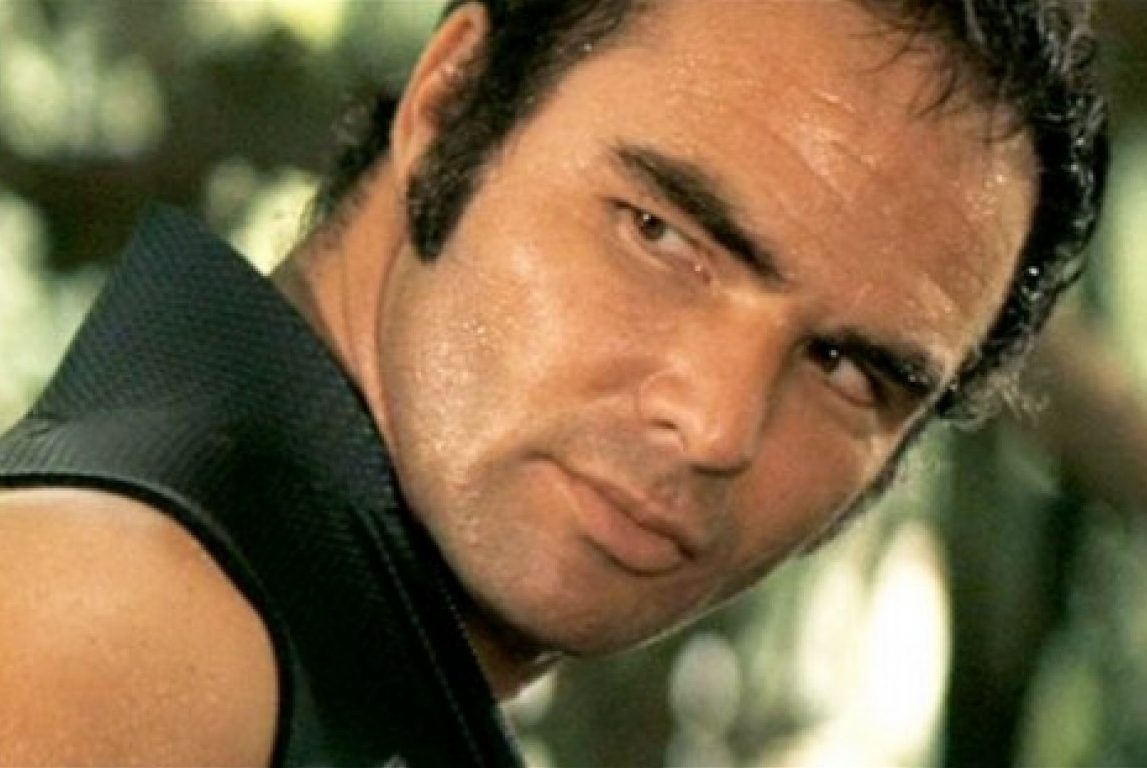 Deliverance was a critical and commercial success, and wound up being nominated for three Academy Awards: Best Picture, Best Director and Best Film Editing. It didn’t win any, missing out on Best Picture to The Godfather, and to Cabaret in the other two categories.

Later, Burt Reynolds would hold himself responsible for Deliverance’s failure at the Oscars, believing it was down to his decision to shoot his notorious nude photo spread for Cosmopolitan magazine shortly before the film was released.