UPDATE: Willis’ representatives now say he is “stepping away” from acting, as they confirm he is suffering from aphasia, a cognitive disorder. Aphasia is most commonly caused by a stroke or progressive neurological conditions such as dementia.

Publicly, Bruce Willis has become a laughing stock. Behind the scenes, however, rumours have been swirling about the action star’s health in the wake of odd public behaviour and reports of increasingly severe memory loss, now sadly suspected by some to be dementia. 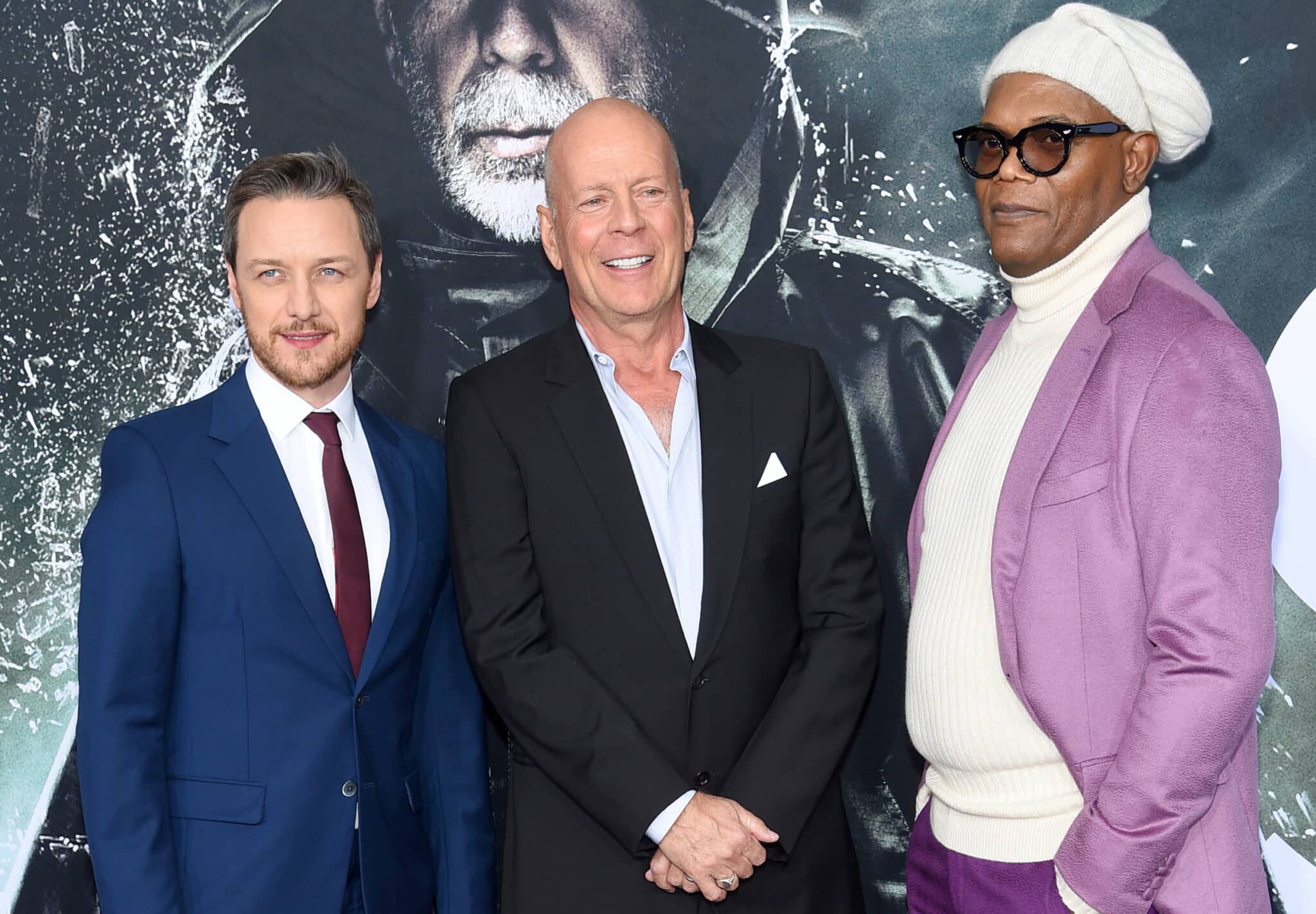 A series of strange public incidents have fuelled curiosity about Willis. In 2015, he was abruptly fired from Woody Allen’s movie Café Society and replaced with Steve Carell, reportedly because Willis was struggling to memorise his lines.

Then, in 2021, Willis made headlines again when he was asked to leave an LA pharmacy for allegedly refusing to wear a face mask. Willis later issued an apology via People magazine: “It was an error in judgement. Be safe out there, everyone, and let’s continue to mask up.”

It turns out that there may be more to these incidents than meets the eye. According to insiders, Willis is suffering from undiagnosed dementia, which could account for some of his stranger public behaviour in recent years – as well as his switch to direct-to-video acting. 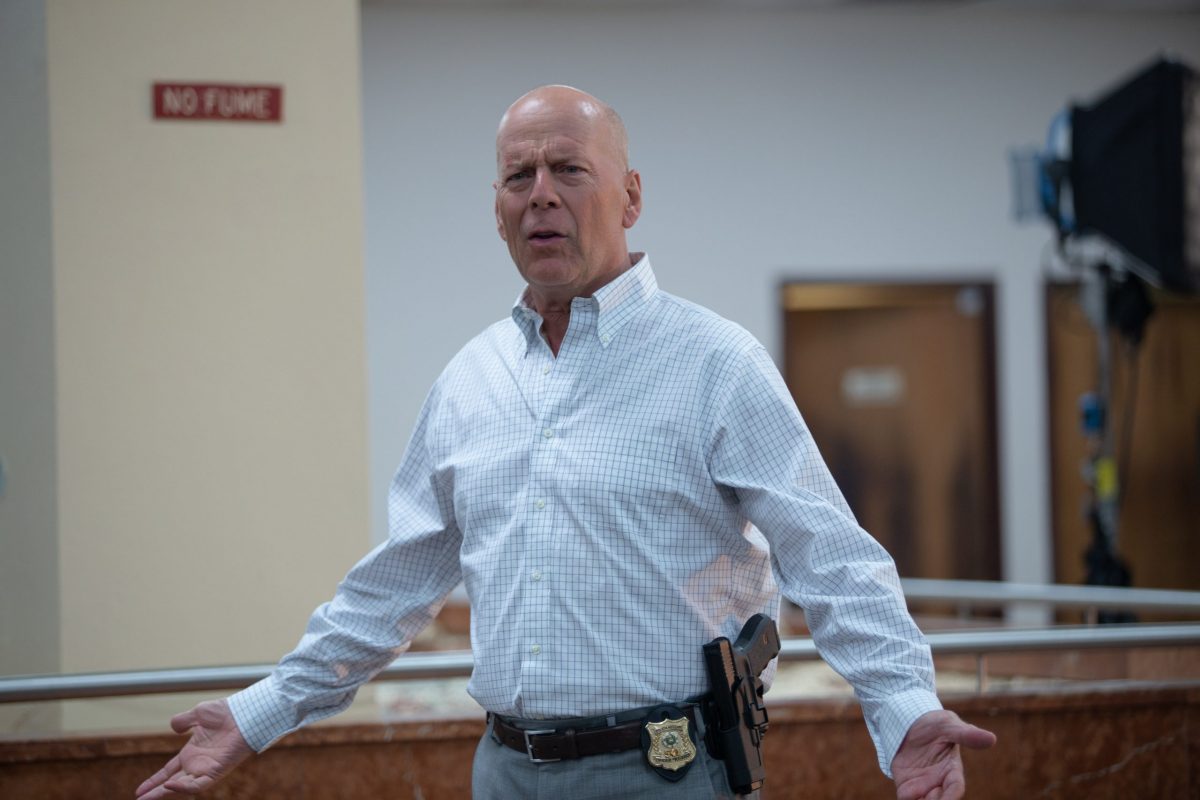 According to one inside source, who spoke to OK! magazine about Willis’ health, the actor has been battling memory loss, now rumoured to be dementia, for years. This syndrome is associated with loss of memory and concentration, and is a progressive condition, meaning that early symptoms can be mild.

“Those close to Bruce have been helping him out, and trying to maintain the secret, but this helps explain why he might have not been wearing his mask – he simply forgot,” the insider commented.

“The good news is that although there is the real concern of dementia fears, it largely has not impacted his ability to work in Hollywood – and in true superhero form – he won’t slow down because new technology like earpieces allows actors of his calibre not to skip a beat,” the insider also added. 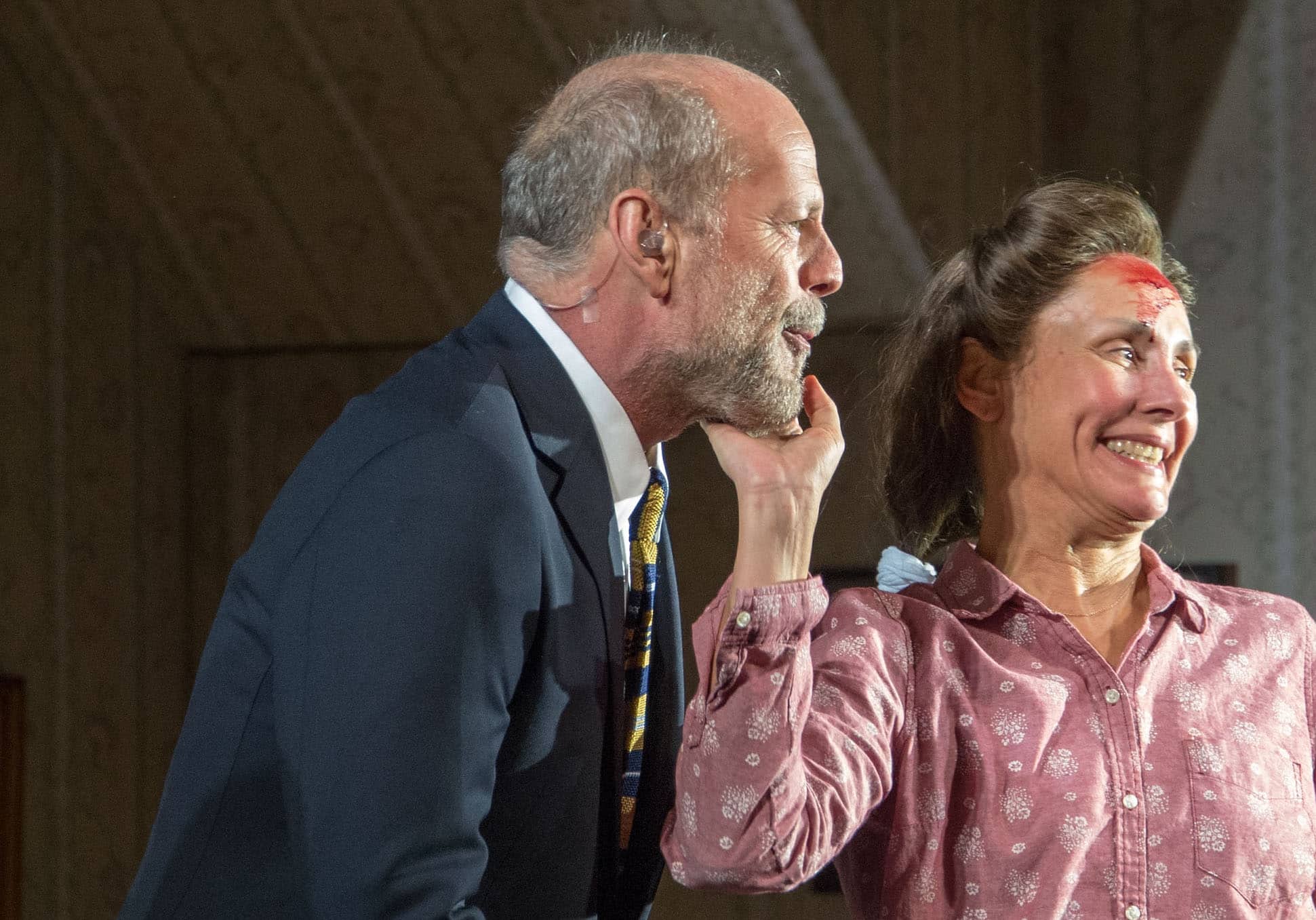 In November 2015, just a few months after his Cafe Society firing, Willis made his Broadway debut in Misery alongside Laurie Metcalf, where he was spotted wearing an earpiece on stage allegedly so he could have lines read to him.

Emmy-nominated journalist Dan Przygoda in February 2022 claimed that this had since become the norm for Willis, writing that the actor in his film work now “uses an earpiece so someone can feed him his lines right before he says them. Have heard this from several people who have been involved in a couple of these movies”. 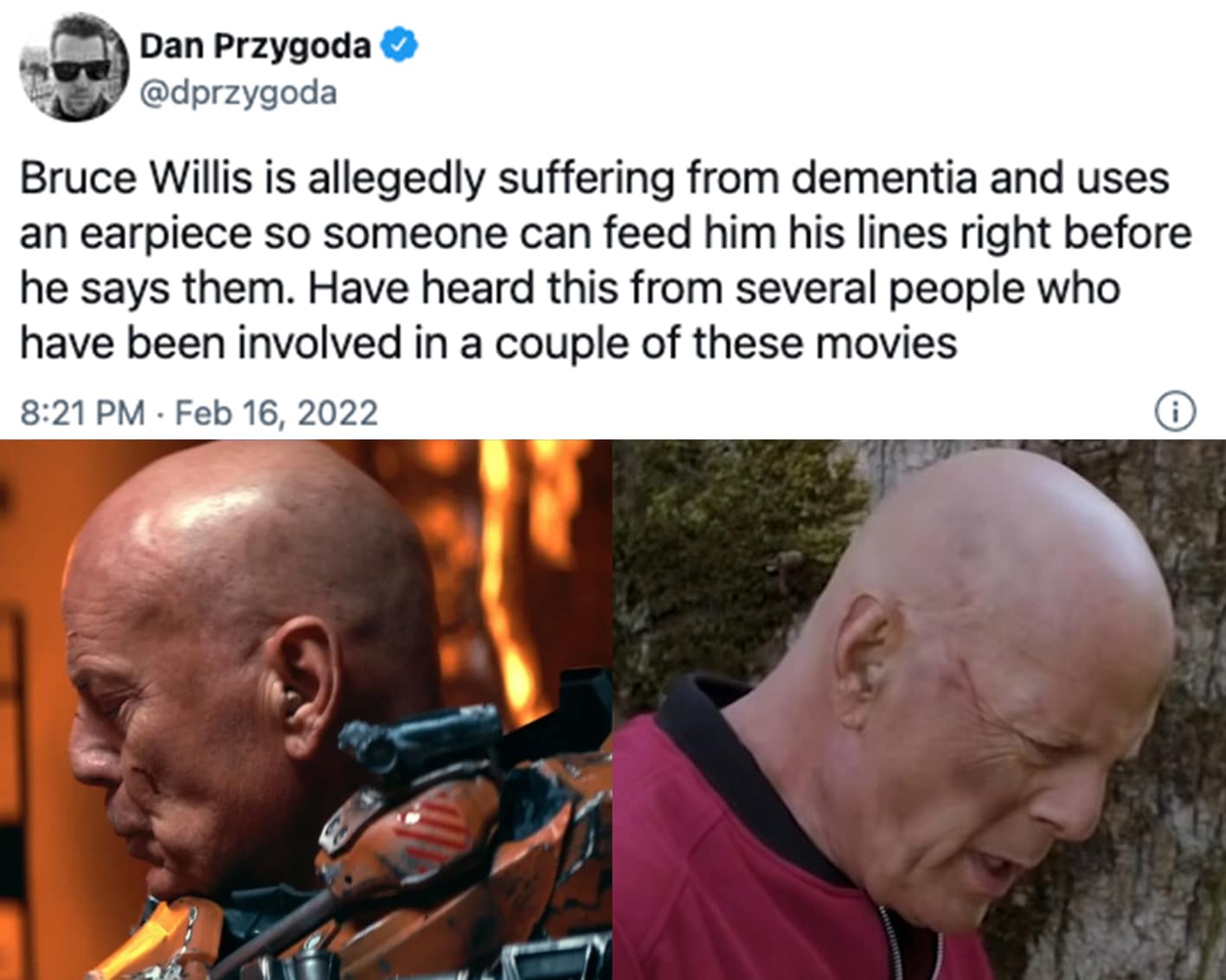 Another source declared to OK! magazine that Willis likewise used earpieces on the set of Glass, a reunion with his Sixth Sense director M Night Shyamalan, during its 2017-2018 shoot. “While filming Glass, staffers worked around him by cutting and editing and having him overdub lines because he struggled to remember and/or deliver them,” the source claimed.

“In most scenes on Glass he’s hooded, and they used stand-in and body doubles to replace him. On set, he wouldn’t smile and was always chaperoned by an assistant to guide him while walking.” 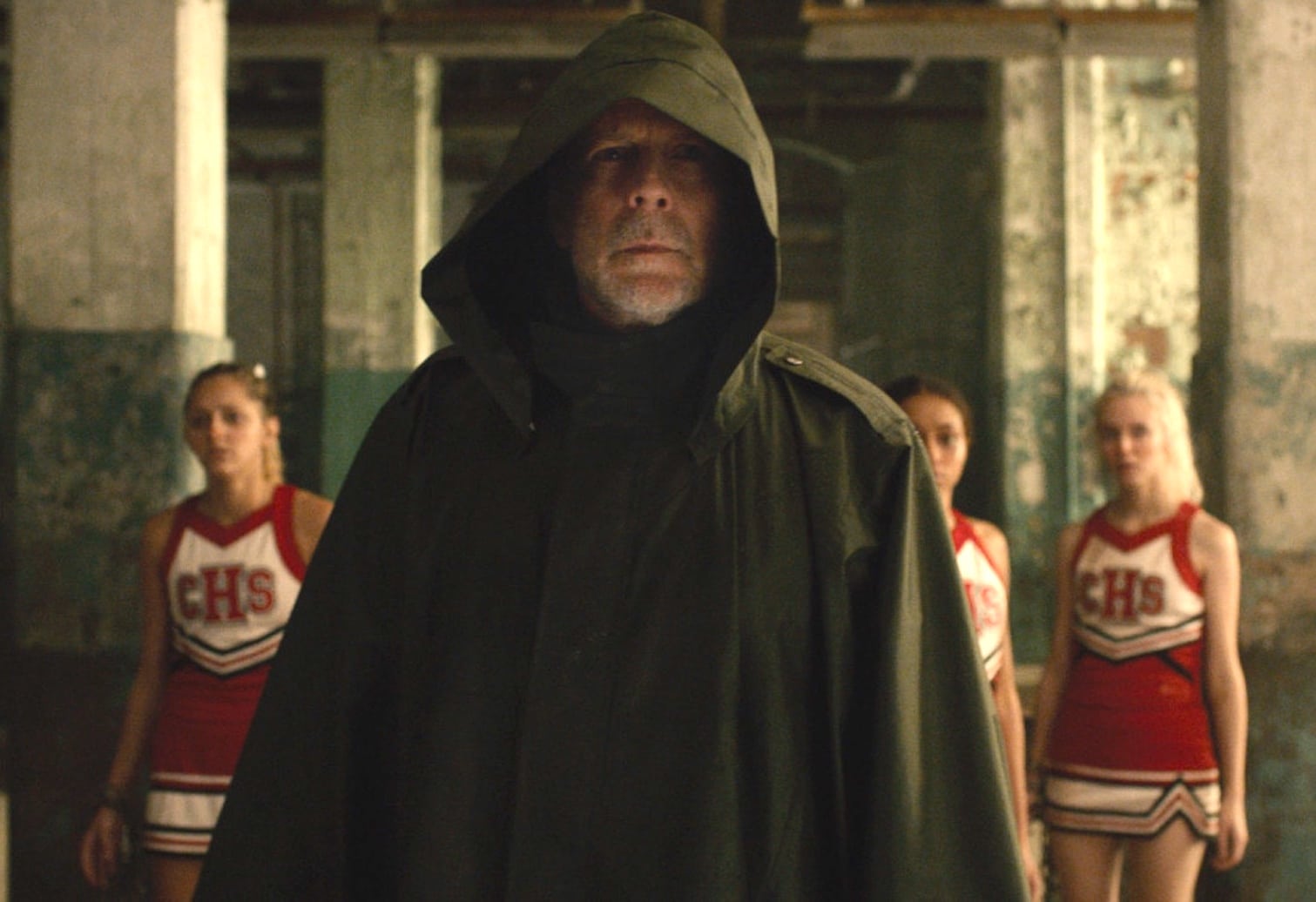 The claim of Willis’ behind-the-scenes decline has been corroborated by a director who has worked with Willis on several occasions. The YouTube channel Half in the Bag covered Willis’ recent career in a video entitled The Bruce Willis Fake Movie Factory.

In the comments section, one viewer noted: “I read somewhere that Bruce Willis has dementia, that’s he’s not really aware of what’s going on around him.” Among this comment’s respondents was none other than Matt Eskandari, who directed Willis in the DTV films Hard Kill, Survive the Night, Trauma Centre and the upcoming Wire Room.

Eskandari wrote in (a since-deleted) response, “Yes this is true my guy I directed four movies with him so I know first hand. It’s [a] sad situation seeing a legend like Bruce deteriorating right in front of your eyes. I saw it while working with him [the] last few years.” 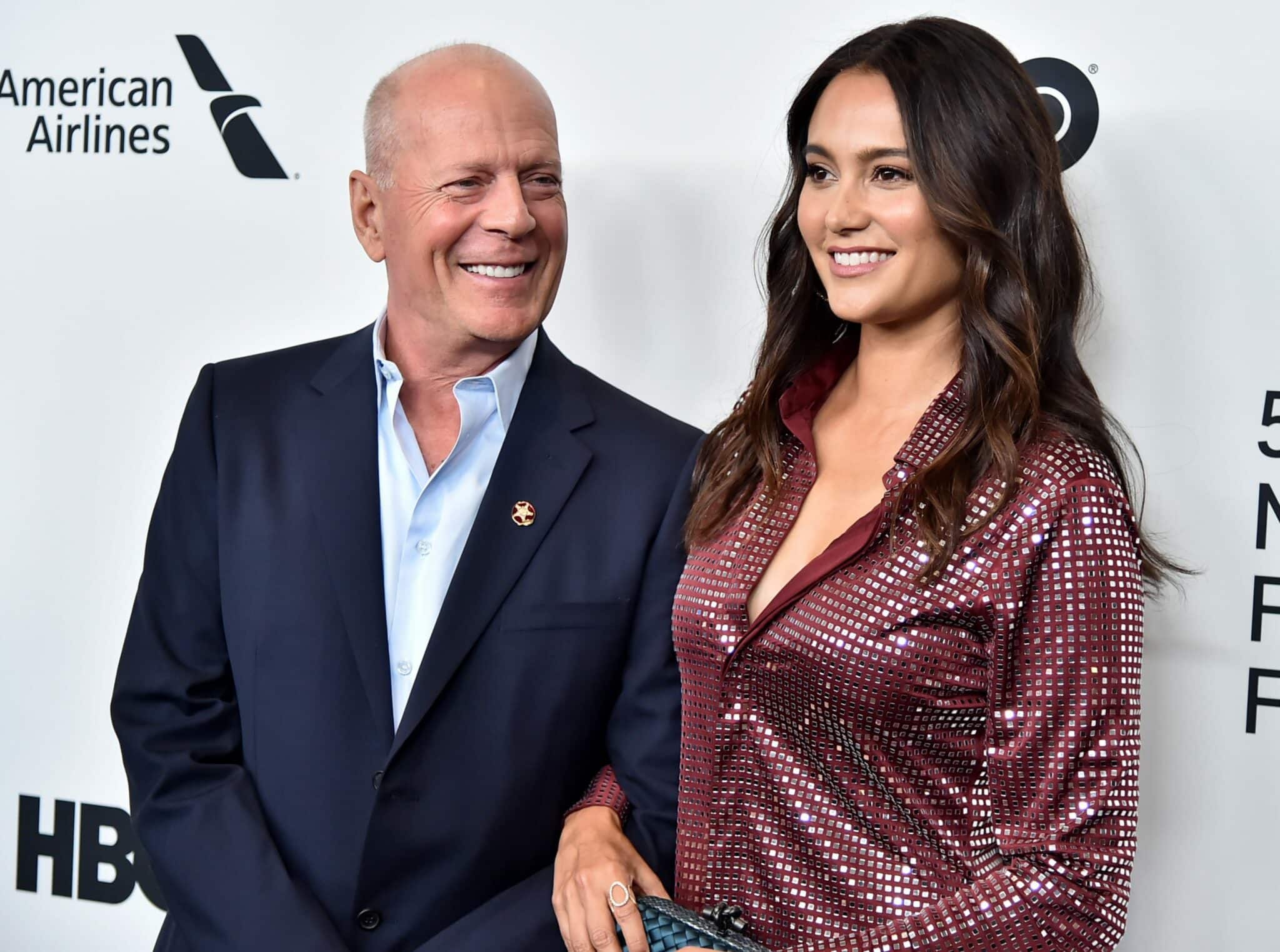 Willis is due to appear in 11 movies in 2022 according to IMDb, apparently a result of his desire to make as much money as possible while he still has the chance. Last year, Vulture’s Joshua Hunt wrote how Willis now shoots just one or two days on each film, equating to fewer than ten minutes of screen time, in exchange for millions of dollars. (He’s also taken to selling his deepfaked likeness to ad companies for large sums of money.)

Meanwhile, Willis has reportedly made major changes to his family life as a result of his alleged condition. A father of five, Willis has three adult children with actress ex-wife Demi Moore (who openly made fun of Willis’ memory problems at his 2018 Comedy Central Roast), while from his second and current marriage to model Emma Heming, Willis has two more daughters, born in 2012 and 2014.

“His wife Emma has helped Demi Moore and the children Bruce shares with his ex-wife to make truces because they know he’s fading,” the insider told OK! magazine. “Between Demi and Emma, the family has always ensured Bruce has the support and care he might need at any given time.” 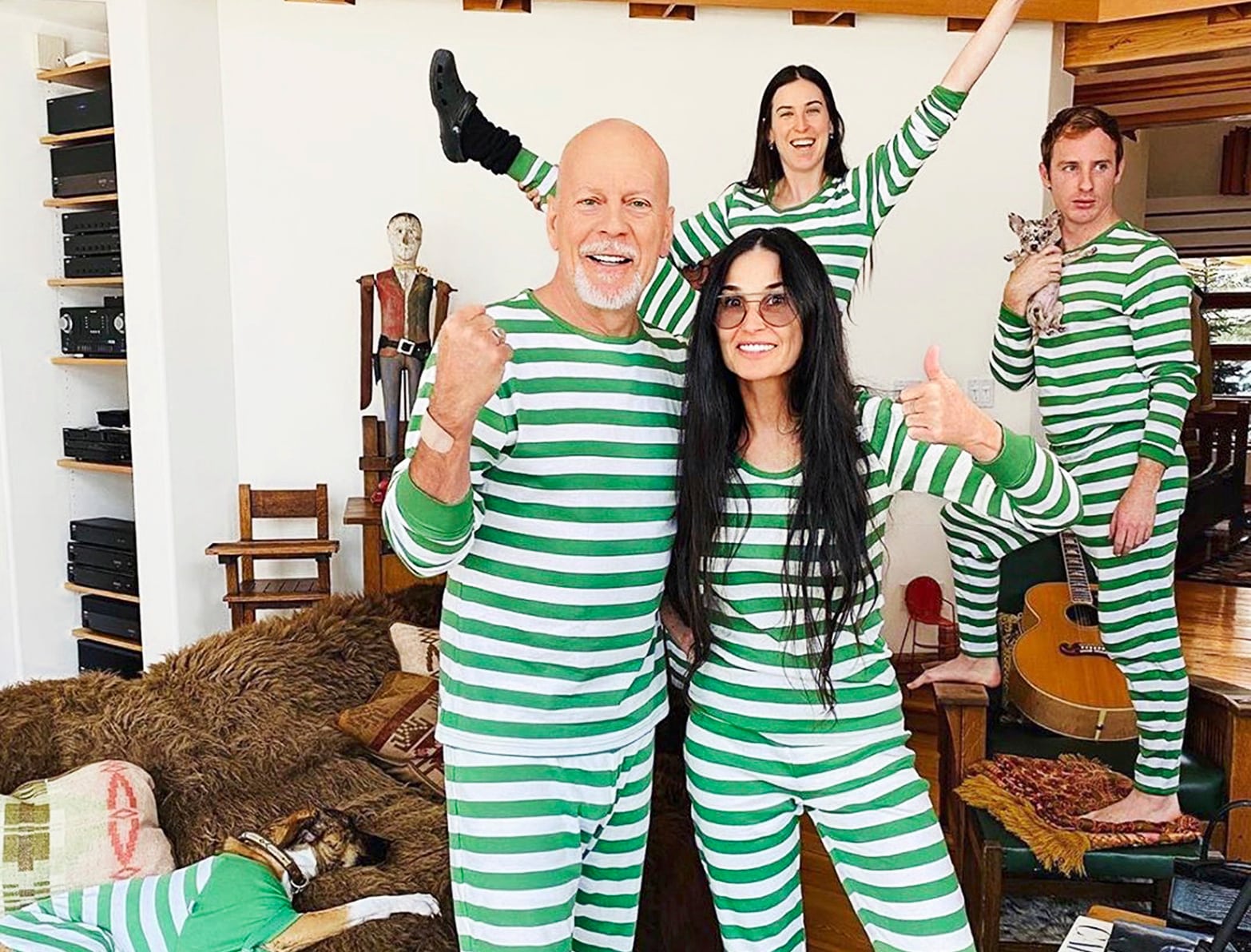 This same source also claimed that Willis recently sold his New York property so that he could spend more time with his wife and children at their home in Los Angeles.

While Willis himself has not given any interviews since 2019, in a recent interview Willis’ wife Emma admitted that Willis “suffers from terrible insomnia”, but made no reference to dementia.

Instead, she spoke about the couple’s warm family life, stating: “Our home is really filled with joy and the laughter and chatter of little girls being themselves, in a place we created with them in mind.”