In the annals of action hero history, two names that have always been closely linked are those of the late, great Bruce Lee and the living legend that is Chuck Norris.

The two men did battle on screen in 1972’s The Way of the Dragon, in what is to this day considered one of cinema’s greatest fight scenes. This bout has ever since left fans wondering what would have happened if Lee and Norris had ever traded blows for real – and, more specifically, which one of them would win? Well, we may know the answer.

Born Lee Jun-Fan on November 27, 1940 in San Francisco, Bruce Lee was a Chinese-American actor and student of Wing Chun kung fu. Starting out as a child star in Hong Kong, Lee soon moved to the US, where he broke through playing Kato on 60s TV series The Green Hornet and through his own martial arts school trained such Hollywood celebs as Steve McQueen and Kareem Abdul-Jabbar.

Chuck Norris, meanwhile, was born Carlos Ray Norris on March 10, 1940 in Oklahoma, and first pursued an interest in martial arts after joining the US Air Force aged 18. While stationed in Korea, he trained in the martial art Tang Soo Do to black belt level. 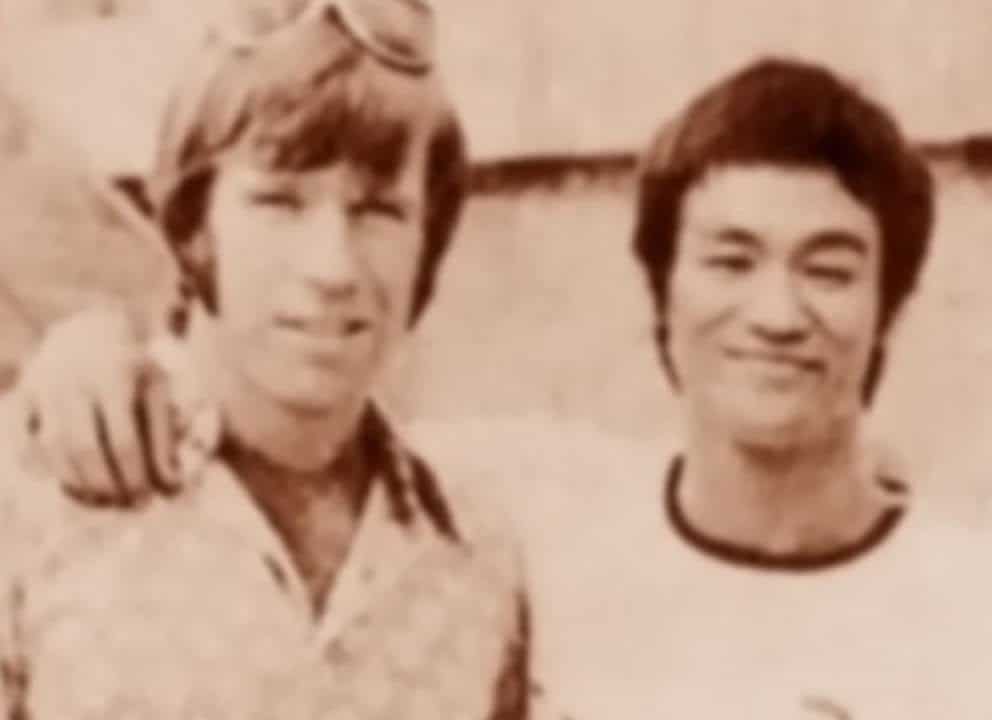 In the 1960s, both Lee and Norris were running their own studios in the US. Lee developed his personal martial art Jeet Kune Do, whilst Norris worked on his system Chun Kuk Do, later renamed The Chuck Norris System.

According to Norris, he first met Lee at Madison Square Garden, New York after Norris won the 1968 Karate World Championship. Present as a guest through his Green Hornet fame, Lee did not fight competitively, hence he was not there as Norris’ opponent.

Instead, the two became fast friends and soon began training together in Lee’s backyard. Although there has often been uncertainty over whether either man was taking instruction from the other in the two years they trained together, Norris admits the two men sparred, and insists they were both ‘gentlemen’ about it. 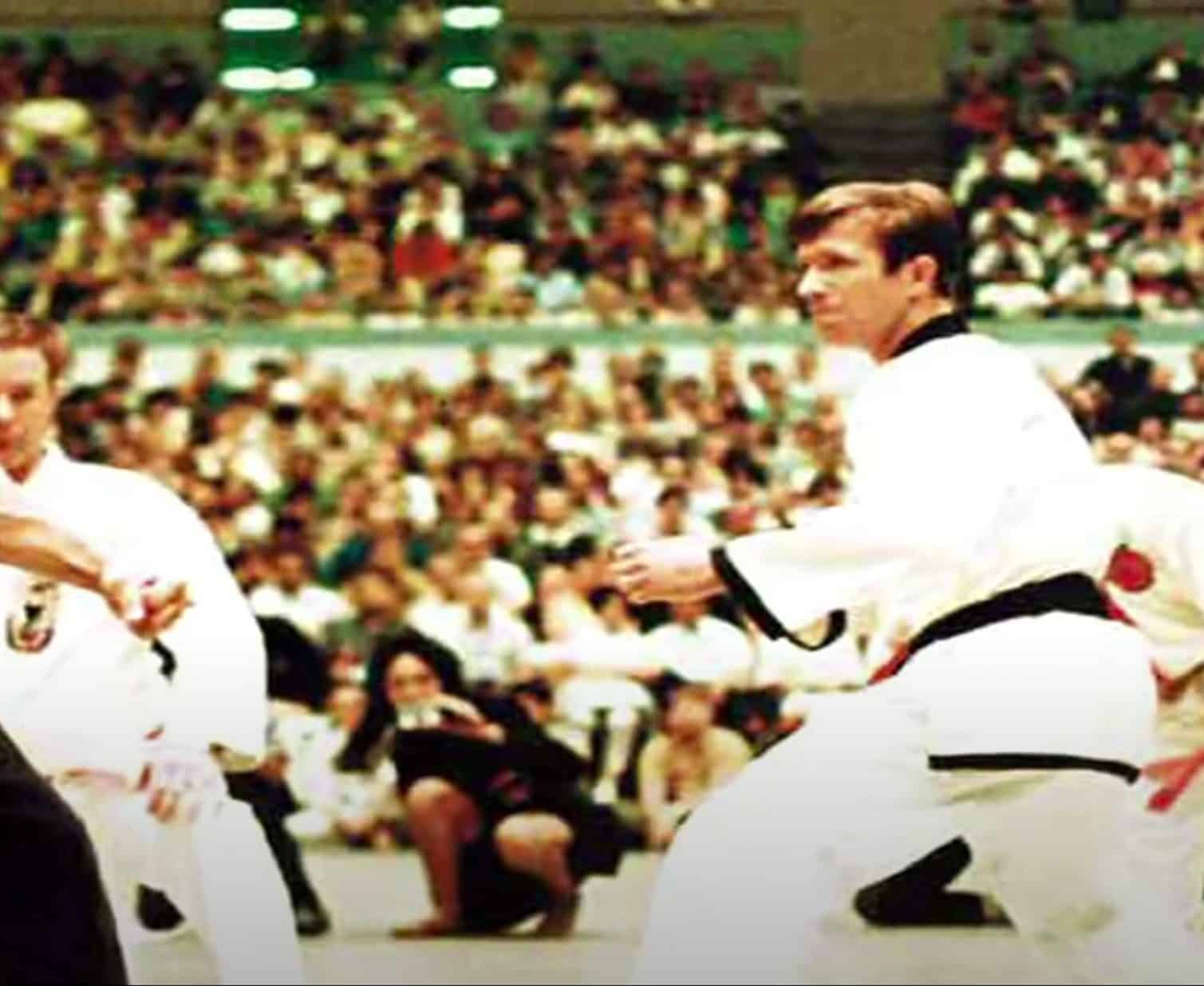 As the 1970s began, Lee accepted an offer from studio Golden Harvest to star in two movies, The Big Boss and Fist of Fury, in his old home of Hong Kong. These proved so successful that Lee was allowed full creative control of his third film, The Way of the Dragon, on which he was director, screenwriter, co-producer and fight choreographer, as well as the leading man.

For the film’s final act, Lee’s character (a Chinese fighter visiting Rome to help his restaurant-owning uncle fend off gangsters) must do battle with a mysterious, deadly American – a role which Lee gave to Norris.

“He said he wanted to do a fight scene that everyone would remember”, Norris later recalled of Lee’s intentions for the Way of the Dragon’s finale. To make the showdown extra-dramatic, Lee chose to shoot the scene in Rome’s iconic Colosseum, where Roman gladiators once massacred one another to entertain the emperor. 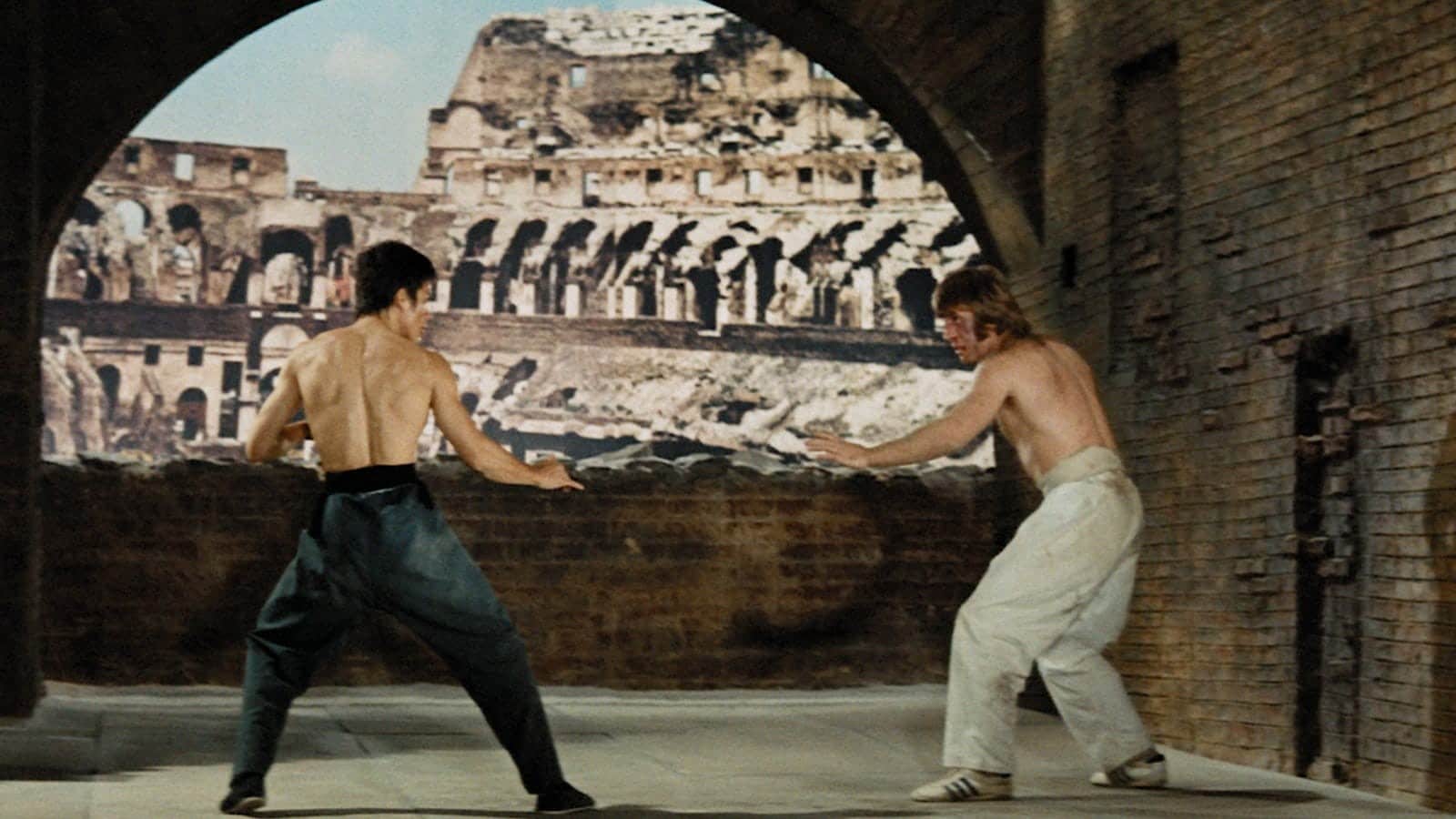 There was one big problem with this choice of location: it was illegal for anyone to film in the Colosseum. Undeterred, Way of the Dragon’s producers are said to have bribed Roman officials to gain entry to the monument, and were reportedly given a mere hour or so to film there.

Here’s where the question of whether or not Lee and Norris ever actually fought gets a little thorny: in a manner of speaking, the two men can indeed be seen trading blows for real in The Way of the Dragon.

Due to the time constraints inside the Colosseum, the fight we see in the film plays out very nearly in real time. Lee and Norris had rehearsed the scene extensively beforehand, but as they were working against the clock to get it all on film, the two stars literally didn’t have time to pull their punches – so at various points in the fight, their blows really do make contact. 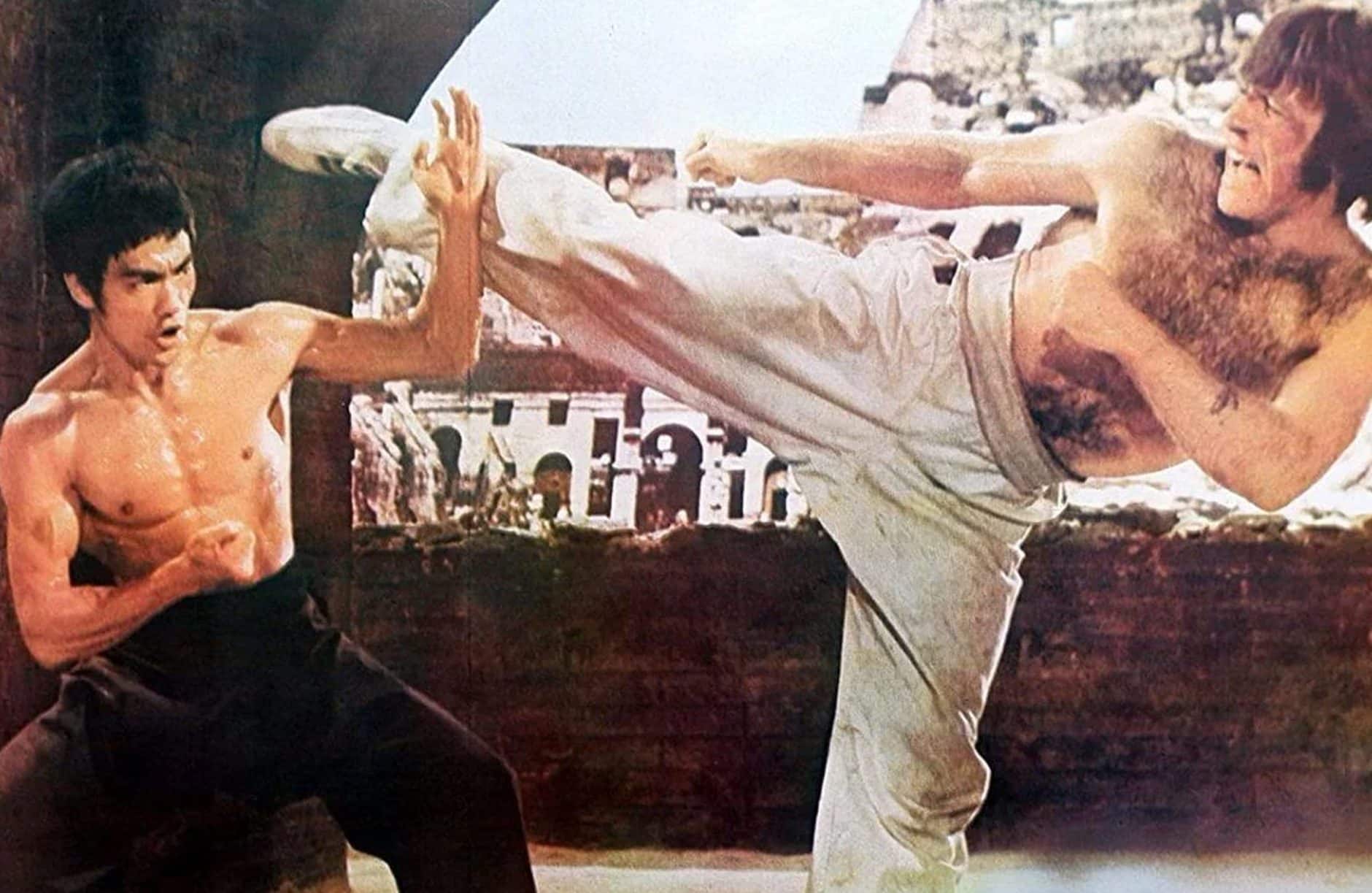 “Showing off is the fool’s idea of glory”

Because Bruce Lee is the star of The Way of the Dragon, the outcome of this choreographed confrontation was never in any doubt: Lee’s character Tang Lung kills Norris’ Colt, although the American is defeated with honour.

By now, Bruce Lee’s star status was such that he was finally able to headline a Hollywood production, action classic Enter the Dragon – but events took a tragic turn when the actor and martial artist died suddenly in 1973, of a cerebral edema, mere weeks before the film opened.

Lee left behind his wife Linda, daughter Shannon and son Brandon (who met a similarly tragic end in 1993). His legendary status increased tenfold following his untimely passing, while Norris’ association with Lee helped him on his way to becoming a Hollywood action hero in the 80s with such franchises as Missing in Action and The Delta Force. 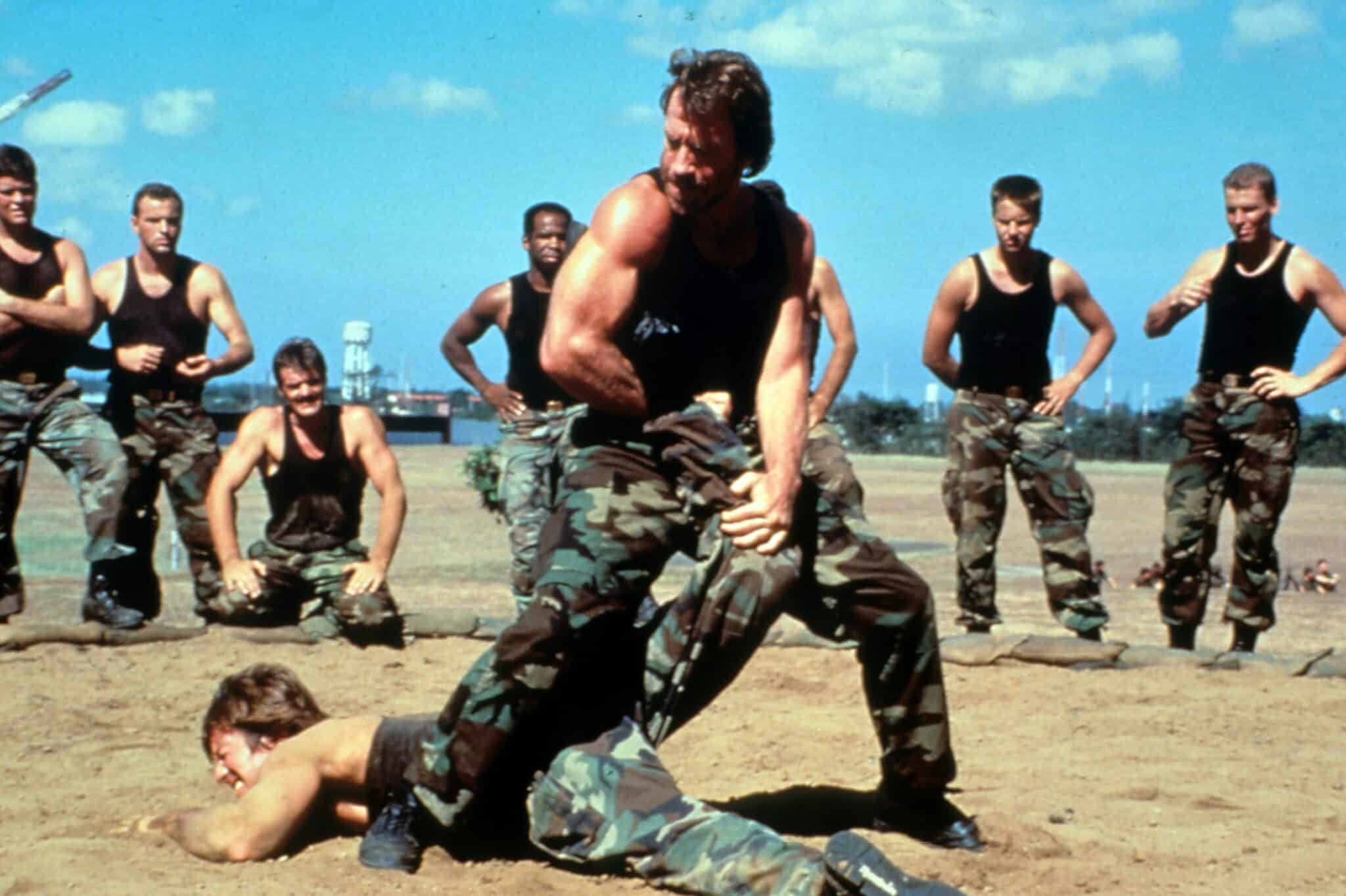 In the years since, Norris has repeatedly dodged questions of whether he ever really fought Lee, once telling Black Belt Magazine, “You’ll forgive me for answering [whether I would have beaten Bruce] with another Bruceism: ‘Showing off is the fool’s idea of glory.'”

However, according to another old friend of Lee’s, fellow Hong Kong martial artist William Cheung, Grandmaster of Traditional Wing Chun, a fight between Norris and Lee did indeed take place – and Lee emerged the victor.

Cheung, who corresponded with Lee by post for many years, claims to have a letter from Lee confirming Norris’ defeat. He says: “Chuck Norris was actually defeated by Bruce and became Bruce’s student, even though [Norris] didn’t admit it after Bruce died.” 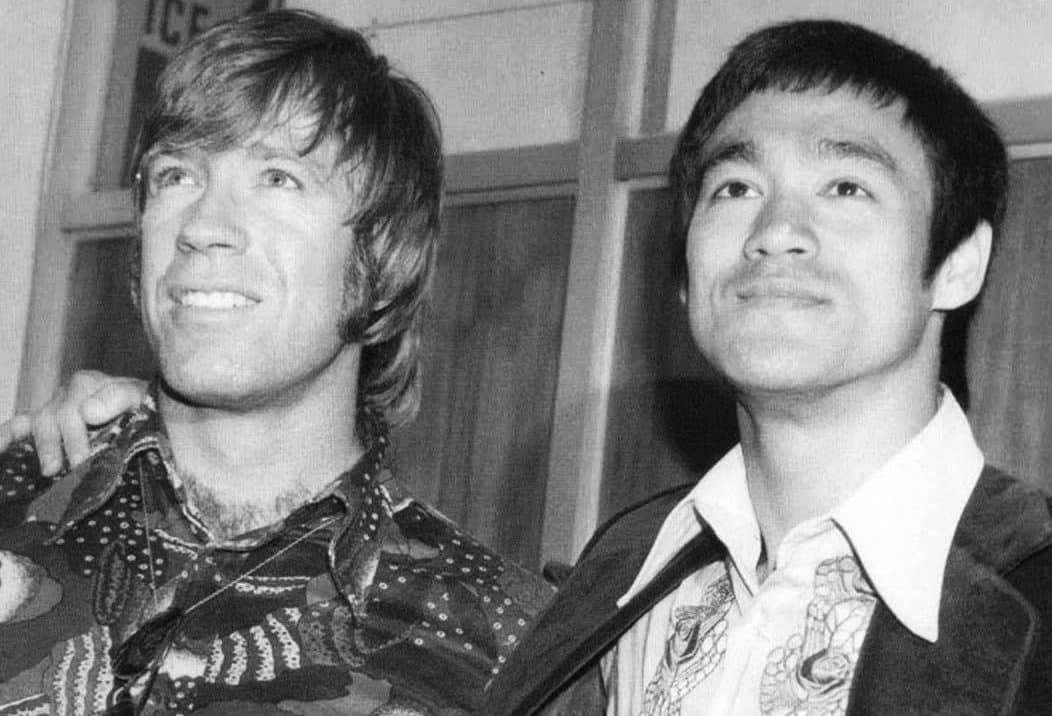 “A privilege learning from you”

Whilst Norris has steadfastly refused to comment on the matter, he has acknowledged that he took instruction from Lee in his early days in Hollywood.

In a letter he sent to Lee before his death in 1973, Norris told his friend: “I have told hundreds of people that I have trained with you. My ego is not such that I am ashamed of it. It was a privilege learning from you.”

According to late Way of the Dragon actor Jon T Benn, speaking on the DVD commentary for the film, Norris privately had no doubts about his abilities next to Lee’s: “When I was having dinner with Chuck I did ask him: ‘If you and Bruce would be in a real fight to death, who would win?’, and he said without thinking: ‘Bruce of course. Nobody can beat him’.”