The cast members of two films – The Breakfast Club and St. Elmo’s Fire – are usually considered to be the core members of the Brat Pack. This includes actors such as Robe Lowe, Emilio Estevez and Molly Ringwald. Still, aside from the Brat Pack hardcore, there are numerous other adjacent actors with whom these stars frequently collaborated and who, in the 80s, were about as popular as actors can be.

But whilst many Brat Pack actors have since faded into obscurity, others have gone on to enjoy successful careers within the movie industry. We’ve compiled a list of five actors who made it out of the Brat Pack and are now movie stars in their own right, and five who have since become near-forgotten relics of the past.

Cruise’s breakout role was in the coming of age drama Risky Business (1983), for which he earned his first Golden Globe nomination. Since then, Cruise has enjoyed a fruitful career as one of the biggest big screen actors, starring in everything from Top Gun to the Mission: Impossible movies.

Cruise has also gained notoriety for his Scientologist beliefs. He is outspoken over his association with the organisation, and even promotes various programs that introduce people to the religion. The actor has been engaged in several high profile relationships, the most prominent of which include Katie Holmes and Nichole Kidman.

Ringwald’s performances in iconic 80s films such as Sixteen Candles and The Breakfast Club defined the era, and she soon became known as the epitome of the angsty teen, eye rolls and all.

Sixteen Candles signified the start of Ringwald’s long-running working relationship with director John Hughes, before moving on to work on more mature films. However, throughout the 90s, Ringwald turned down lead roles in a number of high profile films such as Pretty Woman and Ghost – and her career never quite recovered.

Ringwald currently has a recurring role in hit TV series Riverdale, although she is yet to regain the recognition she enjoyed in her teens.

Swayze shot to fame after appearing in the 1983 coming of age drama The Outsiders. Throughout the 80s, Swayze continued on his winning streak, starring in films with various other Brat Pack members including Jennifer Grey and Charlie Sheen.

Swayze’s most memorable role came in 1987, when he starred in the iconic feel-good blockbuster Dirty Dancing, in which he was once again reunited with Grey. Although a low-budget movie, Dirty Dancing exceeded all expectations and became one of the most celebrated films of the 80s.

After enjoying a successful film and stage career, Swayze sadly passed away 2009 after a battle with pancreatic cancer. He was just 57 years old.

Rob Lowe was an 80s teen idol, capturing the hearts of millions across the globe with his performances in Brat Pack classics such as The Outsiders, St. Elmo’s Fire) and About Last Night.

However, in 1988, Lowe’s promising career was compromised when he was involved in a sex tape scandal, after which his public image and film career declined dramatically. Eventually, Lowe’s career was reignited and he even mocked his own behaviour during an episode of Saturday Night Live.

Since then, Lowe has taken part in his own short-lived reality show titled The Lowe Files, which ran for just one season. He currently hosts the Fox competition series Mental Samurai, a show which he also produces. 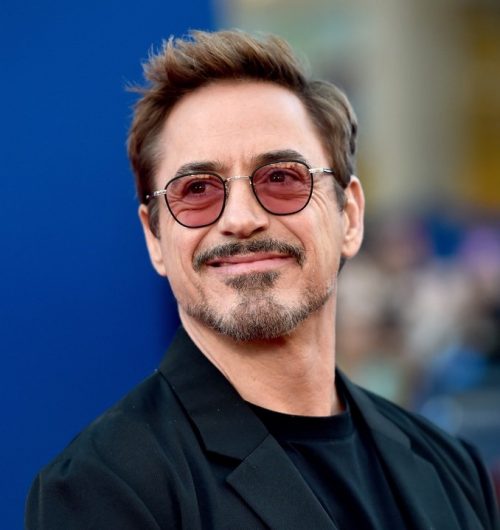 Downey Jr. made his film debut aged just five, and has since gone on to become one of the most celebrated actors in Hollywood. Having gained acclaim for his appearances on Saturday Night Live, Downey Jr. went on to star in several iconic Brat Pack movies, including Weird Science and Less Than Zero.

However, it seems Downey Jr.’s status soon went to his head, leading to him spiralling into drug addiction. Throughout the late 90s and early 2000s, Downey Jr. battled his demons until he regained his sobriety in 2003. Since then, Downey Jr. has rebuilt his acting career and is best known today for his role as Iron Man in the Marvel Cinematic Universe, a role which has made him one of the highest-paid actors of all time.

Andrew McCarthy made a name for himself after appearing in 80s films such as St. Elmo’s Fire, Pretty in Pink and Less Than Zero. Since his days as a teen heartthrob, McCarthy has turned his hand to directing episodes of hit series including Gossip Girl and Orange is the New Black.

Although McCarthy has taken on several movie roles since the height of his acting career, he has yet to regain the level of fame he enjoyed in the 80s. These days, McCarthy is best known as a travel writer, and is currently an editor at National Geographic Traveler. It seems his career as a young actor did not leave him unscathed, with McCarthy announcing that until 2004, he had battled a serious alcohol addiction.

James Spader rose to stardom after landing a role in Pretty in Pink, a Brat Pack film which has since become a cult classic. Since then, Spader has gone on to enjoy a successful acting career, often cast as the stereotypical “oddball” in films such as Sex, Lies and Videotape and Stargate.

In 2011, Spader joined the cast of The Office (US) to play the domineering, ever so creepy boss Robert California. He was praised for his “mildly sociopathic” portrayal of the character.

After returning to the big screen to play Ultron in Avengers: Age of Ultron, Spader has preferred to stay out of the limelight. He is currently in a relationship with his former Alien Hunter (2003) co-star Leslie Stefanson, with whom he has one son.

Sheedy defined the Brat Pack era for many 80s kids after rising to prominence with her performances in The Breakfast Club and St. Elmo’s Fire. After appearing in independent movie High Art, Sheedy turned her hand to stage acting, taking on the lead role in Hedwig and the Angry Inch in 1999.

Sheedy was praised for being the first female to play the part of the genderqueer Hedwig, but her run ended early amid mixed reviews from critics and audiences. Since then, Sheedy has shied away from a life in the limelight, instead sticking to smaller TV roles in shows such as Kyle XY and Psych.

Moore became one of the most prominent names on the acting circuit when she shot to fame after starring in several Brat Pack movies, including Blame It On Rio, St. Elmo’s Fire and About Last Night.

However, arguably Moore’s best-known role came in 1990, when she starred alongside Patrick Swayze and Whoopi Goldberg in Ghost. By 1995, Moore was the highest-paid actress in Hollywood. You might not see her much on screens these days, but Moore’s rarely out of the public eye, having engaged in several high profile relationships, most notably with fellow actors Bruce Willis and Ashton Kutcher.

Hall made a name for himself after appearing in several teen movies throughout the 80s, and was well known for his work with John Hughes in films such as National Lampoon’s Vacation, The Breakfast Club and Weird Science.

Since then, Hall’s acting career has somewhat declined, and he has admitted he was yet another victim of alcoholism related to the pressures of being a successful child star.

More recently, Hall has appeared in TV commercials, including one in which he reprises his role as Rusty Griswold in a series of Old Navy advertisements. He has also pursued a career as a musician, performing as the lead singer for his band Hall of Mirrors.