Science fiction has always been a popular genre in film, but the 80s took it to a whole new level. As special effects and production values improved, filmmakers had new ways to bring otherworldly visions to life, and as a result audiences were treated to some of the most remarkable, memorable sci-fi movies ever made. Consider the following films, which we rank among the best the decade had to offer.

Director John Carpenter presented one of the most unique and innovative takes on an alien invasion movie with 1988’s They Live. Roddy Piper stars as a homeless construction worker who stumbles on a pair of strange sunglasses, which reveal that the world around him is flooded with subliminal messages controlled by extra-terrestrial oppressors.

An overt satire on the capitalist excess and economic inequality of the 80s, They Live wasn’t a huge hit on release but soon became a major cult classic, and has long been a firm favourite of conspiracy theorists. Made for just $3 million, the film cleverly avoids showing too much of the hi-tech alien society, but their hideous neon-blue skull faces have become iconic. 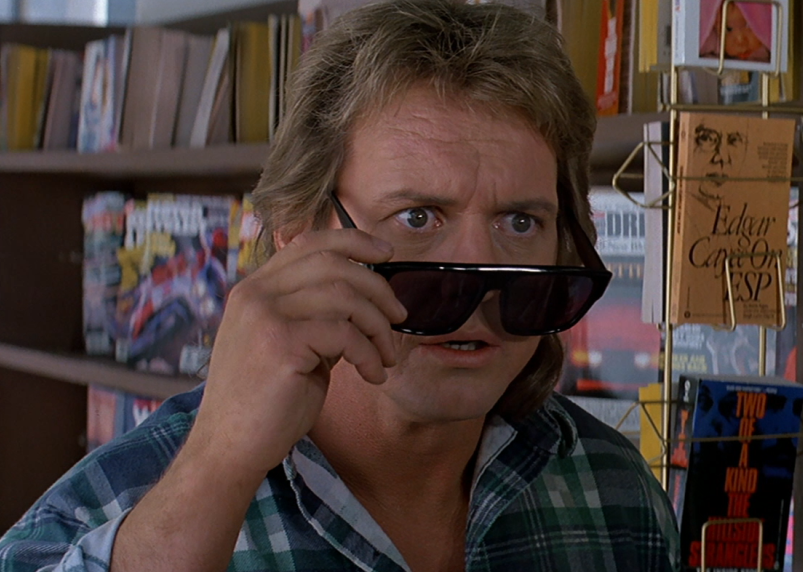 How many of us have ever played a space-set video game, and pondered how well we’d fare piloting a spaceship for real? This is the irresistible premise of The Last Starfighter, the 1984 adventure in which Lance Guest’s aimless young trailer park assistant beats the high score on an arcade game, only to discover it’s really a training and recruitment program for fighter pilots in an interstellar war.

Dan O’Herlihy co-stars (under an impressive make-up job) as Grig, the alien pilot with whom Guest’s Alex Rogan finds himself teamed. While The Last Starfighter boasts no shortage of impressive practical make-up effects, the film is most noted today for being among the first major movies to make extensive use of CGI in the space battle sequences.

A lavish update of Alex Raymond’s 1930s comic strip hero, 1980’s Flash Gordon wasn’t anything like the smash hit it was expected to be on release, but it didn’t take long for it to become one of the best-loved movies of the era. Sam J Jones takes the title role as the good-natured pro-football player unexpectedly sent to the far reaches of space where he’s captured by alien despot Ming (Max von Sydow).

With its lavish, colourful sets and costumes, brash music from rock legends Queen and larger-than-life performances (notably Brian Blessed’s supporting turn as the Hawkman Vultan), Flash Gordon was initially dismissed as too camp to take seriously. However, that’s just what audiences love the film for today. 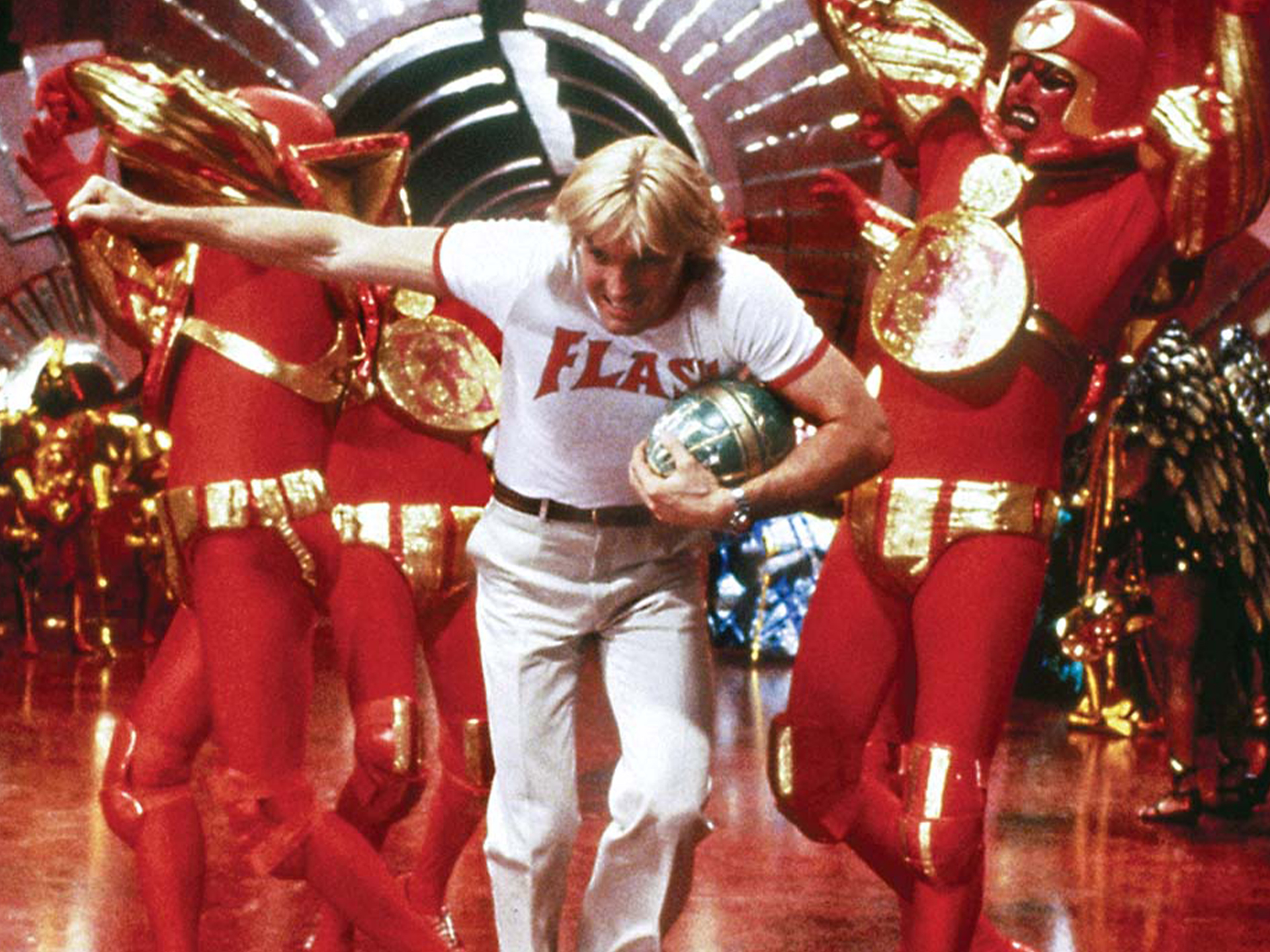 Writer-director James Cameron had already changed the game for 80s sci-fi more than once before he broke new ground once again with 1989’s The Abyss. Set almost entirely underwater, the film is at times a largely grounded submarine thriller, but things are taken in a fantastical direction with the presence of a race of water-based alien life forms.

While it was only a modest commercial success on release, The Abyss is widely recognised today as a major turning point for blockbuster cinema thanks to its groundbreaking use of CGI for the aliens. Beyond this, the film is notorious for its troubled production, with the pressures of working both underwater and under notorious taskmaster Cameron proving to be too much for most of the cast and crew.

A futuristic tale of an unlikely kinship between two men from opposing sides of a war, Enemy Mine casts Dennis Quaid as a human fighter pilot who crashes on the same uninhabited planet as an alien (a heavily made-up Louis Gossett Jr.) Despite their initial animosity, the two men gradually realise that they need to work together to survive.

Enemy Mine had a troubled production, with Wolfgang Petersen taking over behind the camera after the initial director was fired. Sadly for the filmmakers, it didn’t go down well with critics or audiences on release in 1985, but in the years since it has been re-assessed as one of the most interesting sci-fi films of the period.

Speaking of sci-fi movies which flopped on release but later gained a strong reputation, there isn’t a more extreme example of this from the 80s, or indeed any decade, than Blade Runner. Although it was largely ignored when it first hit screens in 1982, it wasn’t long before Ridley Scott’s film was hailed as one of the greatest and most influential films ever made in the science fiction genre.

Set in the then-far-off year of 2019, Blade Runner stars Harrison Ford as Deckard, a world-weary cop tasked with tracking down and ‘retiring’ (i.e. destroying) artificial lifeforms known as Replicants. His latest assignments cuts deeper than expected, as he goes up against Rutger Hauer’s troubled super-soldier Roy Batty, and develops feelings for Sean Young’s unwitting Replicant, Rachael. 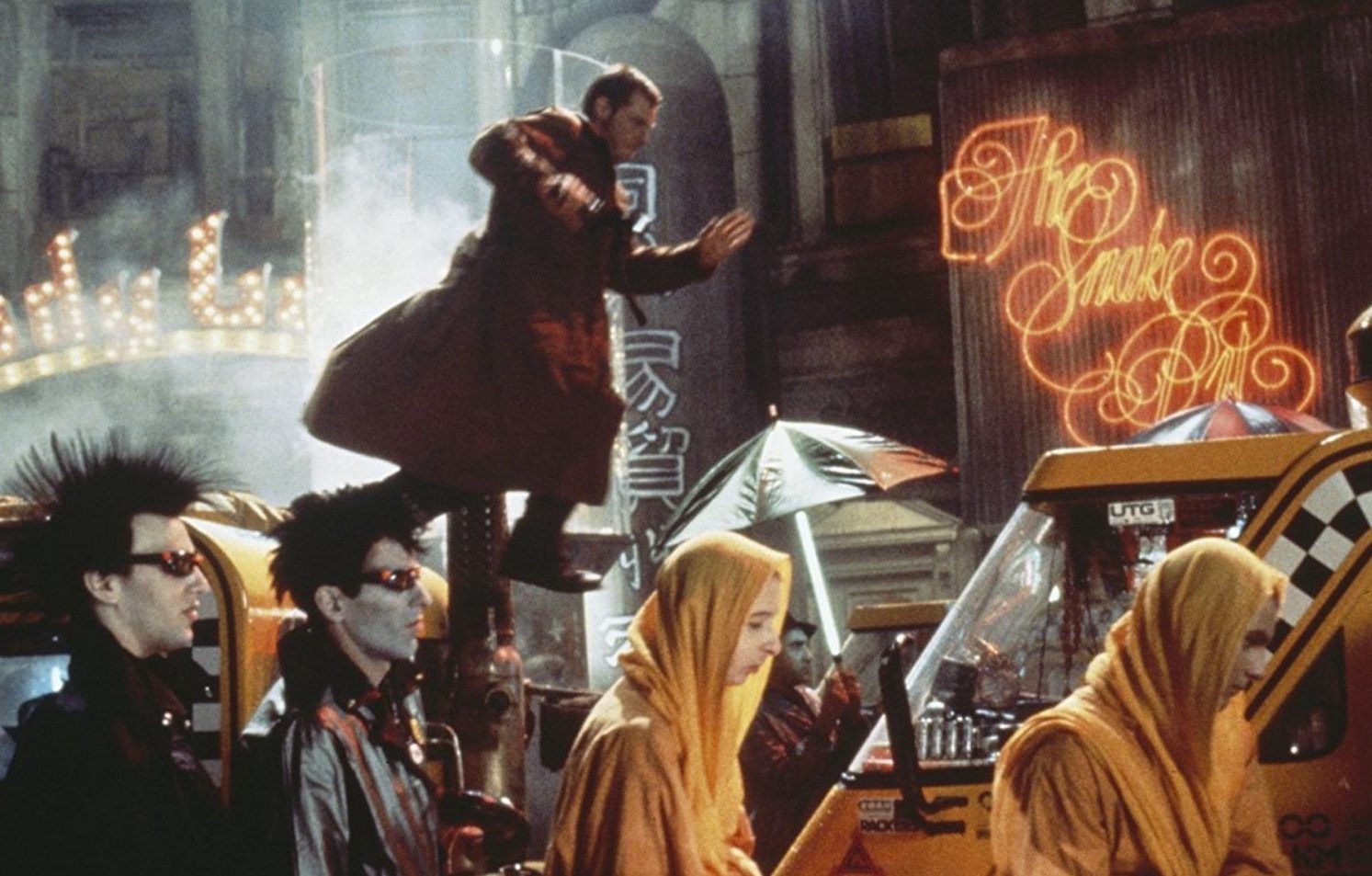 A family favourite with a surprisingly emotional edge, Flight of the Navigator casts Joey Kramer as a young boy living out the dream of many a kid: piloting a state-of-the-art spacecraft to the far reaches of the galaxy, with a variety of cute and cool alien creatures and robots for company. However, in doing so he leaves behind a family for whom life has gone on without him.

Flight of the Navigator has attained a degree of notoriety in recent years due to the troubles former child star Joey Kramer has gone through in adulthood, but it remains a compelling and enjoyable space adventure for young and old alike. In addition, it’s another 80s sci-fi classic to be among the first to use CGI. 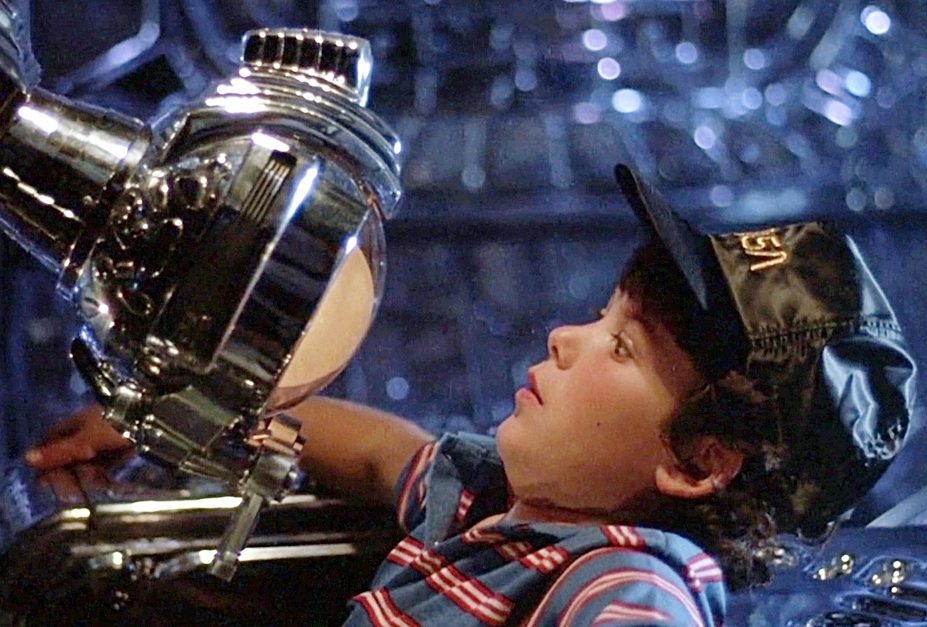 Making a sequel that could hold a candle to Ridley Scott’s ground-breaking 1979 sci-fi horror Alien was always going to be a serious challenge. However, James Cameron proved more than up to the task with 1986’s Aliens, which cleverly avoids retreading the same territory as the original and instead takes the concept into large scale action thriller territory.

Set 57 years after the original, Sigourney Weaver‘s Ripley awakens from suspended animation to discover that the planet where she and her crew encountered the dreaded Xenomorph has since been colonised. When the colony comes under attack from scores of the monsters, Ripley accompanies a platoon of Space Marines to locate survivors and eliminate the alien threat, and thrills galore ensue. 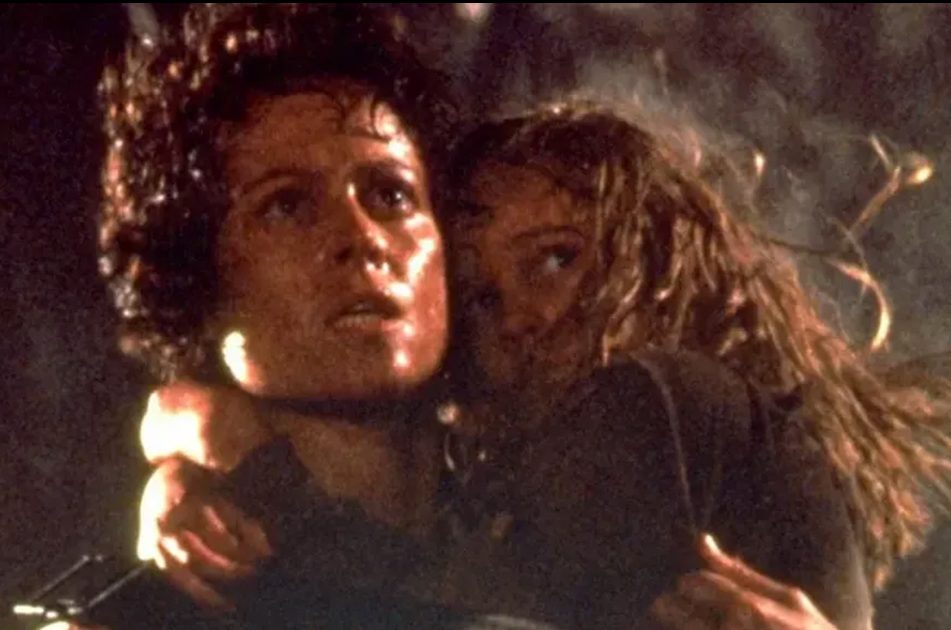 On paper, E.T. sounds like pure kid’s stuff: a young boy befriends a cute little alien, brought to life in puppet form. However, thanks to the expert storytelling of director Steven Spielberg and screenwriter Melissa Mathison, this 1982 sci-fi adventure captured the hearts of millions young and old alike across the globe, and became the biggest hit in box office history at the time.

Henry Thomas stars as Elliot, a lonely child who dubs his new alien friend E.T., and the two develop a bond that goes way beyond friendship. Running the emotional gauntlet, from fear to wonder to joy to despair to excitement and beyond, this is one film that never loses its power no matter how many times you see it. While it has often been imitated, it has never been bettered.

After 1979’s Star Trek: The Motion Picture proved a bit of a lame duck, it was no sure thing that the adventures of the Starship Enterprise would continue on the big screen. However, 1982 sequel Star Trek II: The Wrath of Khan gave the franchise a significant shot in the arm, and more than four decades on it remains the best-loved Star Trek movie.

Ricardo Montalban reprises his antagonist role from the original 60s TV series, and as the subtitle suggests, Star Trek II sees Khan out for revenge. His villainous plot sends the crew of the Enterprise into an intense battle for survival which gets very emotional indeed, not least for William Shatner’s highly-strung Captain Kirk. Altogether now: “KHAN!”

There’s no shortage of great movies about aliens or robots, but when it comes to that other great science fiction staple of time travel, there’s really only one movie that comes to mind: Back to the Future. Director Robert Zemeckis’ blend of sci-fi, comedy, adventure and family-based drama proved to be the biggest hit of 1985, and to this day remains one of the best-loved movies ever made.

Michael J. Fox won over audiences everywhere as Marty McFly, the skateboarding, guitar-playing 80s kid who accidentally takes a ride back to 1955 in the time-traveling DeLorean DMC built by his mad scientist friend Doc Brown (Christopher Lloyd). Once there, Marty inadvertently disrupts the timeline jeopardising his own existence, and must endeavour to make his parents fall in love in order to save his future.

If we’re talking about science fiction and the 1980s, inevitably we’re going to end up talking about the mighty Star Wars saga. After starting life with George Lucas’ 1977 original (aka A New Hope), the epic space opera reached new heights with director Irvin Kershner’s 1980 follow-up The Empire Strikes Back, which proved to be one of, if not the best-loved sequel ever made.

Continuing in the same spirit as the original but making things altogether more intense and emotional, Empire breaks up the core trio of Luke Skywalker, Han Solo and Princess Leia, with Luke heading off alone to continue his Jedi training under Yoda, whilst Han and Leia flee from the Empire as their romantic feelings develop. It all builds up to one of the most celebrated climactic revelations and downbeat endings in film history.