The thriller has been a staple of cinema for decades. Though the genre has had several golden ages, the 80s are often overlooked, despite the fact that the decade is filled with some amazing, agonisingly tense films. Here are ten of the best thrillers from the 1980s. 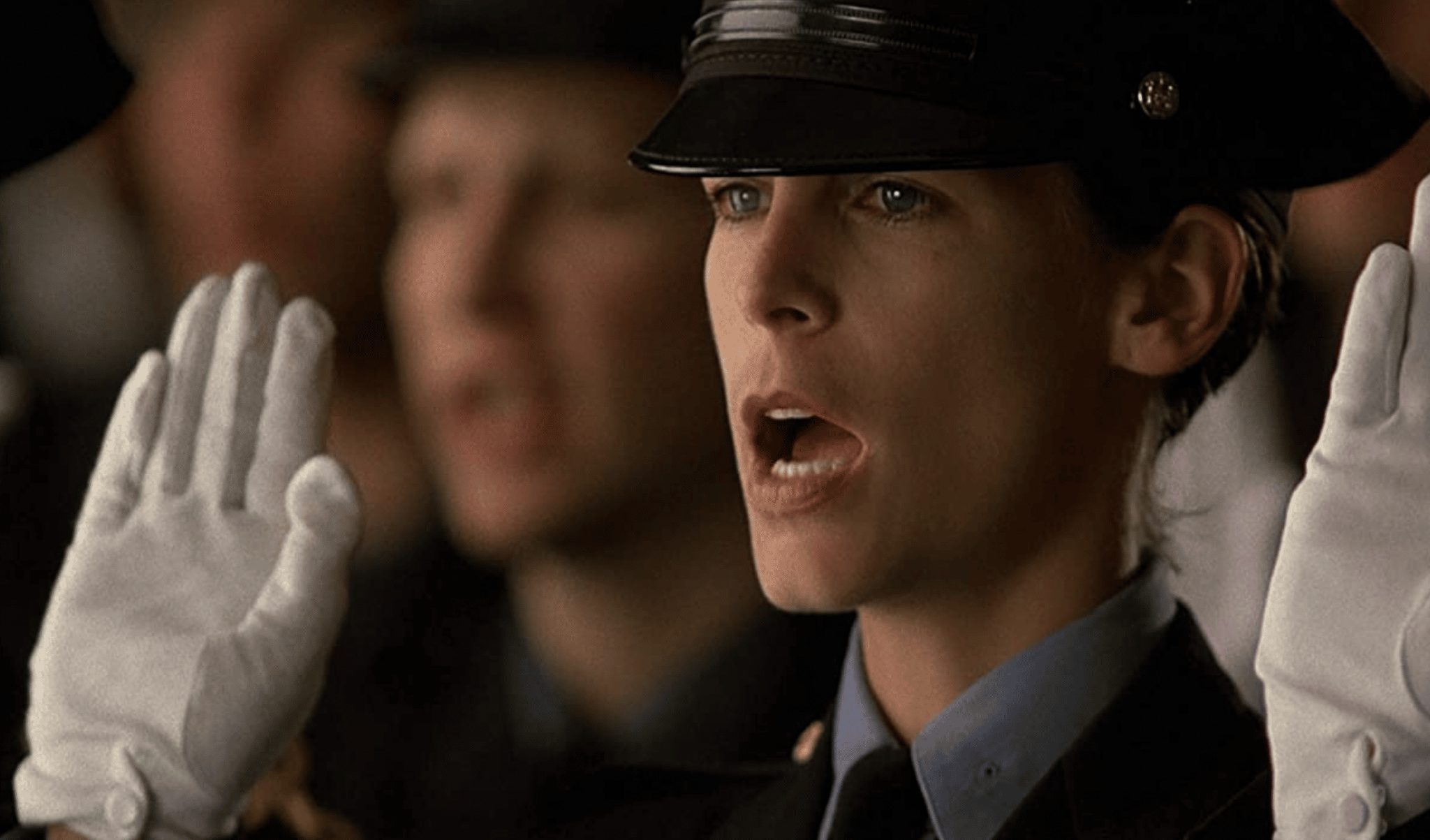 In Blue Steel, NYPD police officer Megan Turner, played by Jamie Lee Curtis, is forced to fatally injure an armed burglar who is holding up a supermarket. However, things get complicated when the robber’s gun falls to the floor and is stolen by a civilian, leaving Turner with no evidence that lethal force was warranted.

Turner then unknowingly begins a relationship with the man who stole the gun, while he falls deeper and deeper into dangerous obsession with her. This Kathryn Bigelow-directed action thriller received positive reviews when it was released, with Roger Ebert comparing the escalating tension and explosive violence with Curtis’ most famous film, John Carpenter’s Halloween. 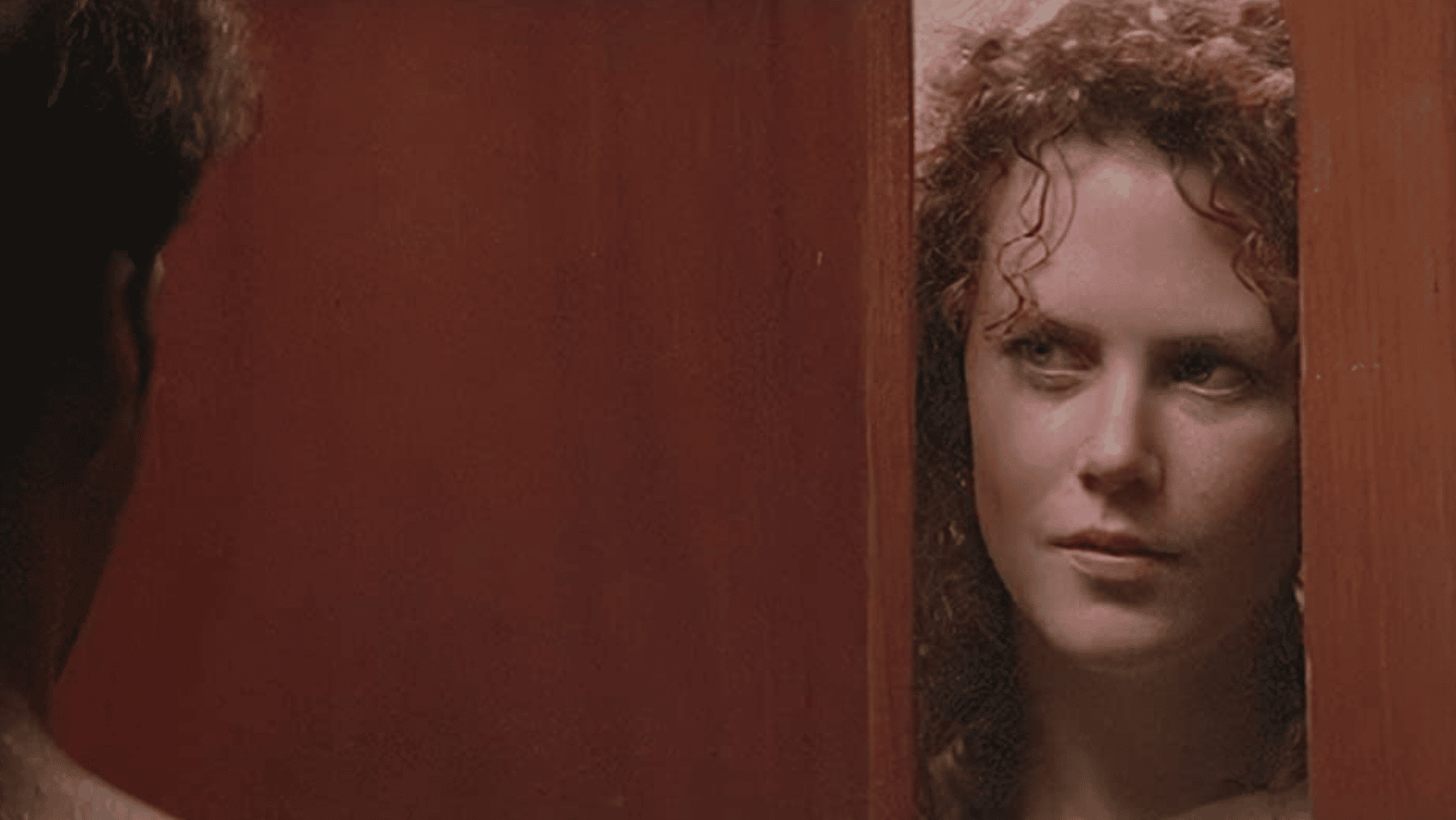 1989’s Dead Calm stars Sam Neill, Billy Zane and Nicole Kidman, in one of her last Australian roles before she became an international success. An adaptation of the 1963 Charles Williams novel of the same name, the movie follows a grieving couple who rescue a stranger from a sinking ship whilst isolated at sea. 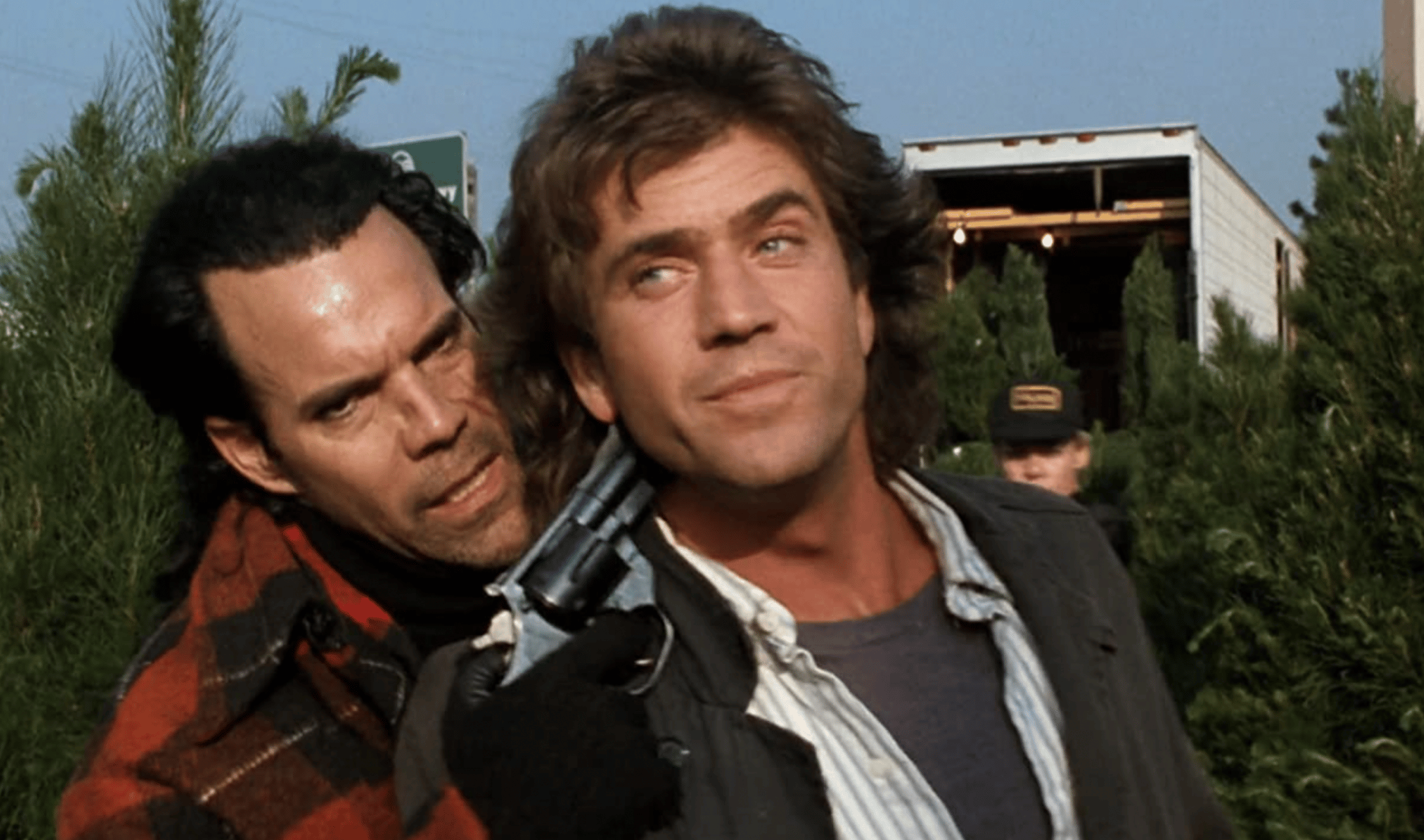 Many buddy cop movies are light-hearted and funny, but Lethal Weapon takes the genre in a much darker direction. When Sergeant Martin Riggs and Sergeant Roger Murtaugh are ordered to work together by their captain, Murtaugh finds Riggs is actively psychotic and dealing with severe mental health issues following the death of his wife.

Together, Riggs and Murtaugh unearth a criminal conspiracy involving the Vietnam War, a CIA paramilitary unit and the LA drug trade, the two men growing closer as they follow the case to the end. Critics loved it, with Roger Ebert giving it his coveted four out of four stars. 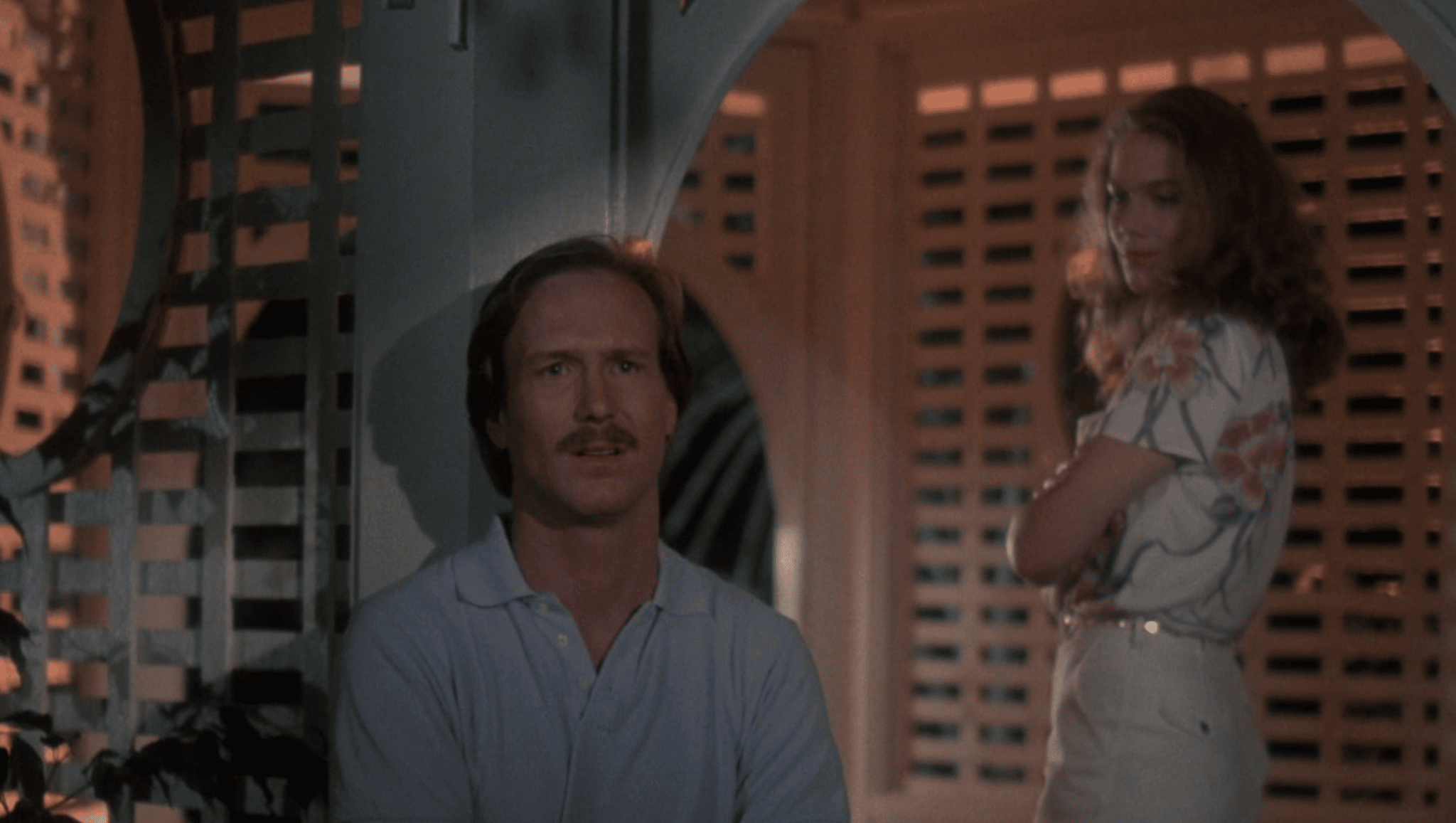 Body Heat follows William Hurt’s bumbling lawyer Ned Racine as he pursues an affair with the irresistible but married Matty Walker, leading to the murder of her husband Edmund. Edmund’s fortune becomes the central focus, as Ned, Matty and a mysterious acquaintance known as Mary Ann are all swept up in a web of mistaken identity, forgery and attempted murder. 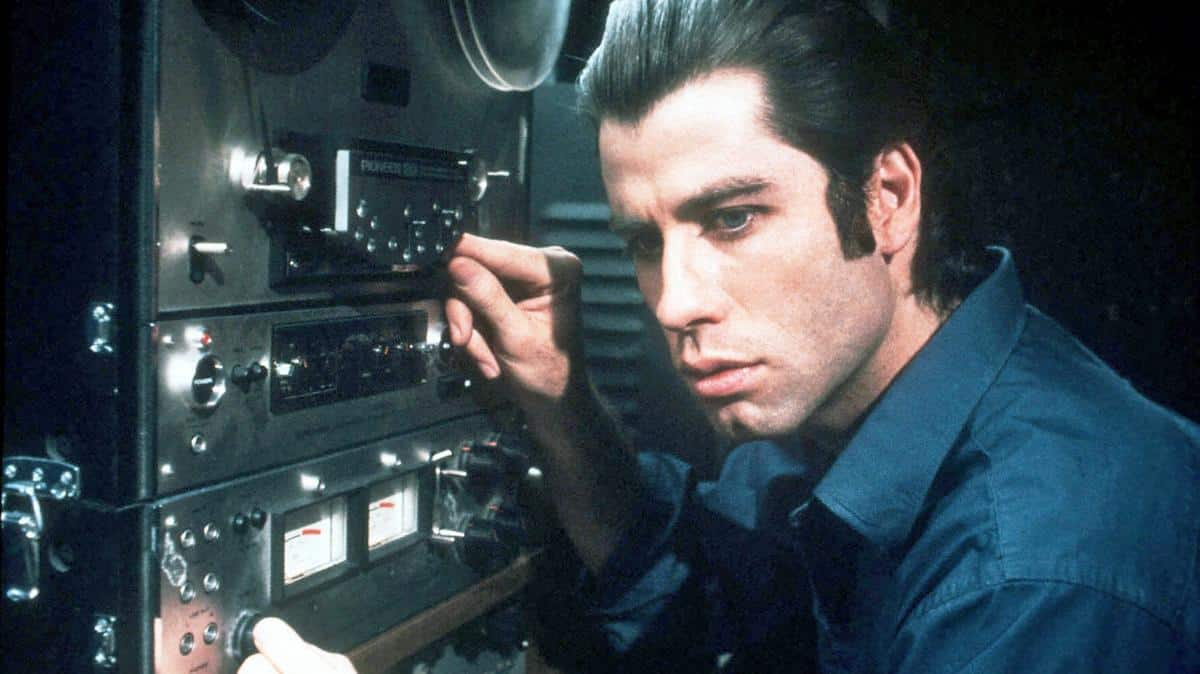 Brian De Palma’s mystery thriller Blow Out was released in 1981, and stars John Travolta as Jack Terry, a sound effects technician who, while recording sound for a low budget slasher movie, accidentally records evidence of the assassination of a presidential candidate. Things get complicated when Jack falls in love with Sally, an escort who was in the car with the candidate at the moment of his death.

Blow Out was adored by critics, even as its bleak tone and sad ending caused it to flop at the box office. The AV Club have even called it De Palma’s best film, saying: “the quintessential De Palma film, this study of a movie craftsman investigating a political cover-up marries suspense, sick humour, sexuality, and leftist cynicism.” 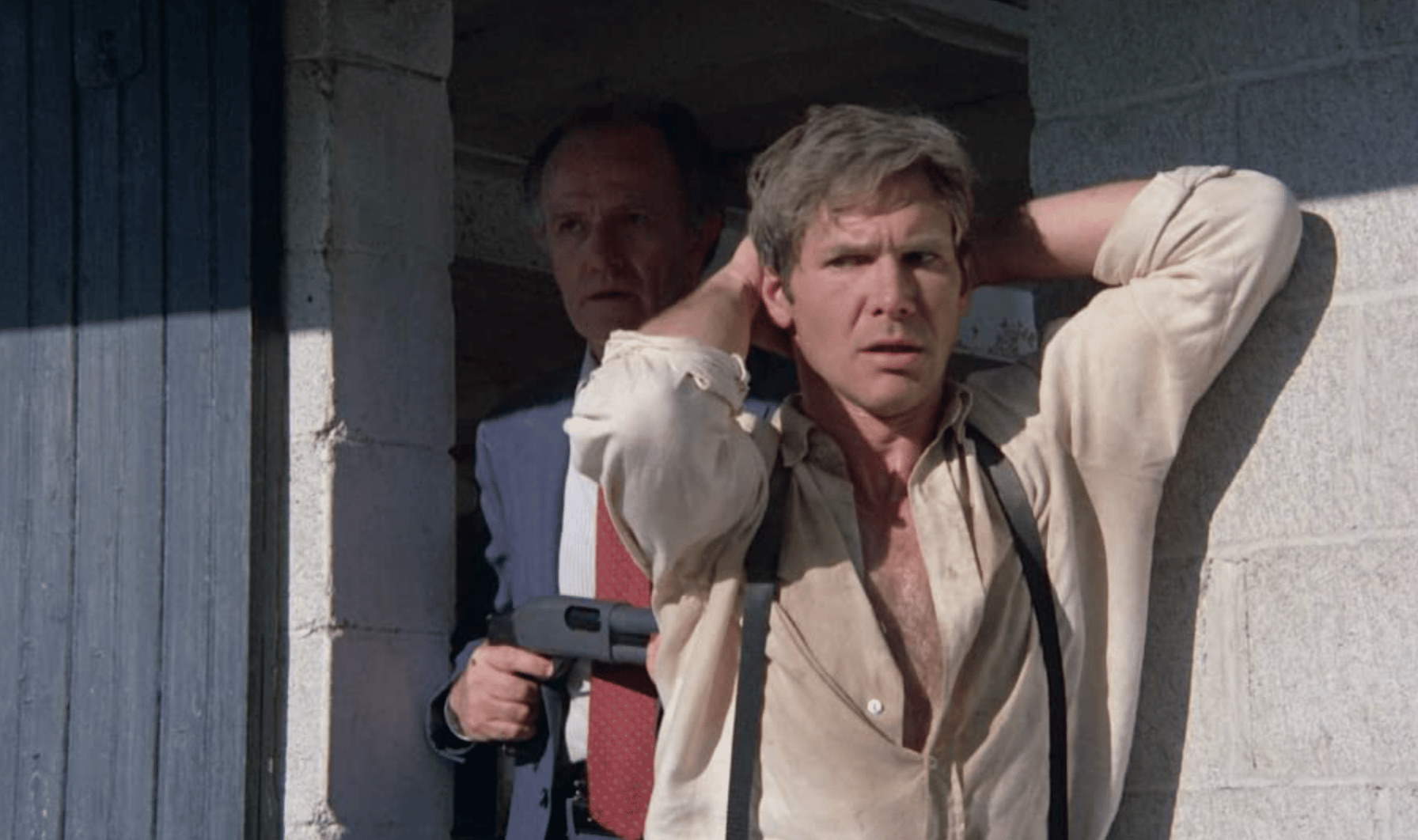 Witness stars Harrison Ford as Sergeant John Book, a detective charged with protecting a young Amish boy named Eli, who accidentally witnesses the murder of an undercover police officer. As Book works the case, he gathers evidence that suggests the police department is rife with corruption, and that both the young boy and his mother are in grave danger.

Witness balances the story of the unravelling of the circumstances that led to the police officer’s death, and John Book’s slowly deepening relationship with the Amish community in general, and Eli Lapp’s mother Rachel specifically. Roger Ebert called Witness: “an electrifying and poignant love story… that Alfred Hitchcock would have been proud to make”. High praise indeed. 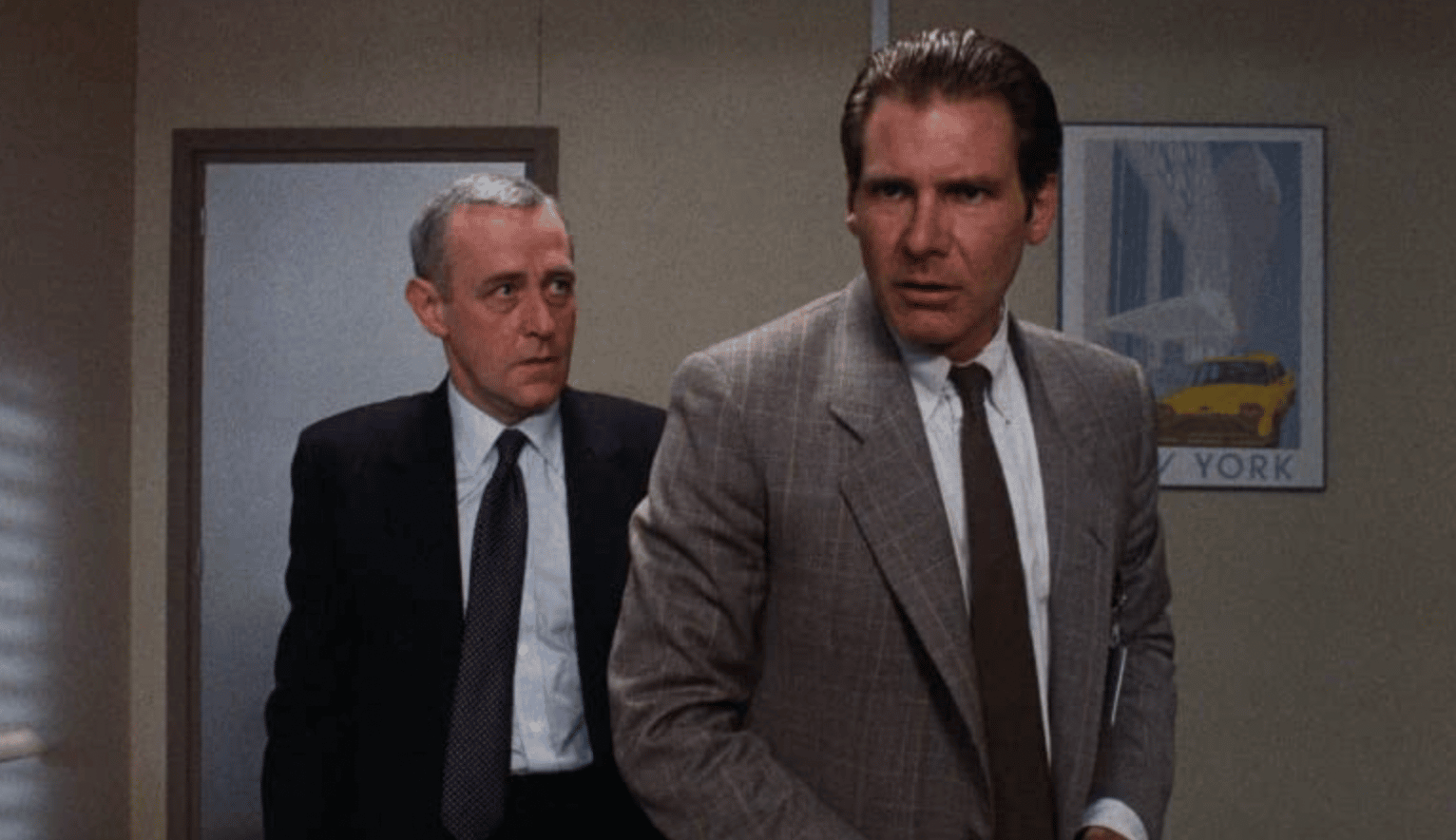 Accidentally picking up someone else’s suitcase is a cliche that is now mostly played for comedy, but 1988’s Frantic shows how terrifying it can really be. Harrison Ford plays Dr Richard Walker, a surgeon whose wife mysteriously disappears in Paris after she realises that her suitcase isn’t her own.

Frantic is one of the few thrillers on this list to have a quasi-happy ending, but this didn’t stop it from failing to recoup its production budget in ticket sales. Thankfully, despite a disappointing US box office, it was far more successful in Europe, and Roger Ebert said of the film: “Frantic is a reminder of how absorbing a good thriller can be.” 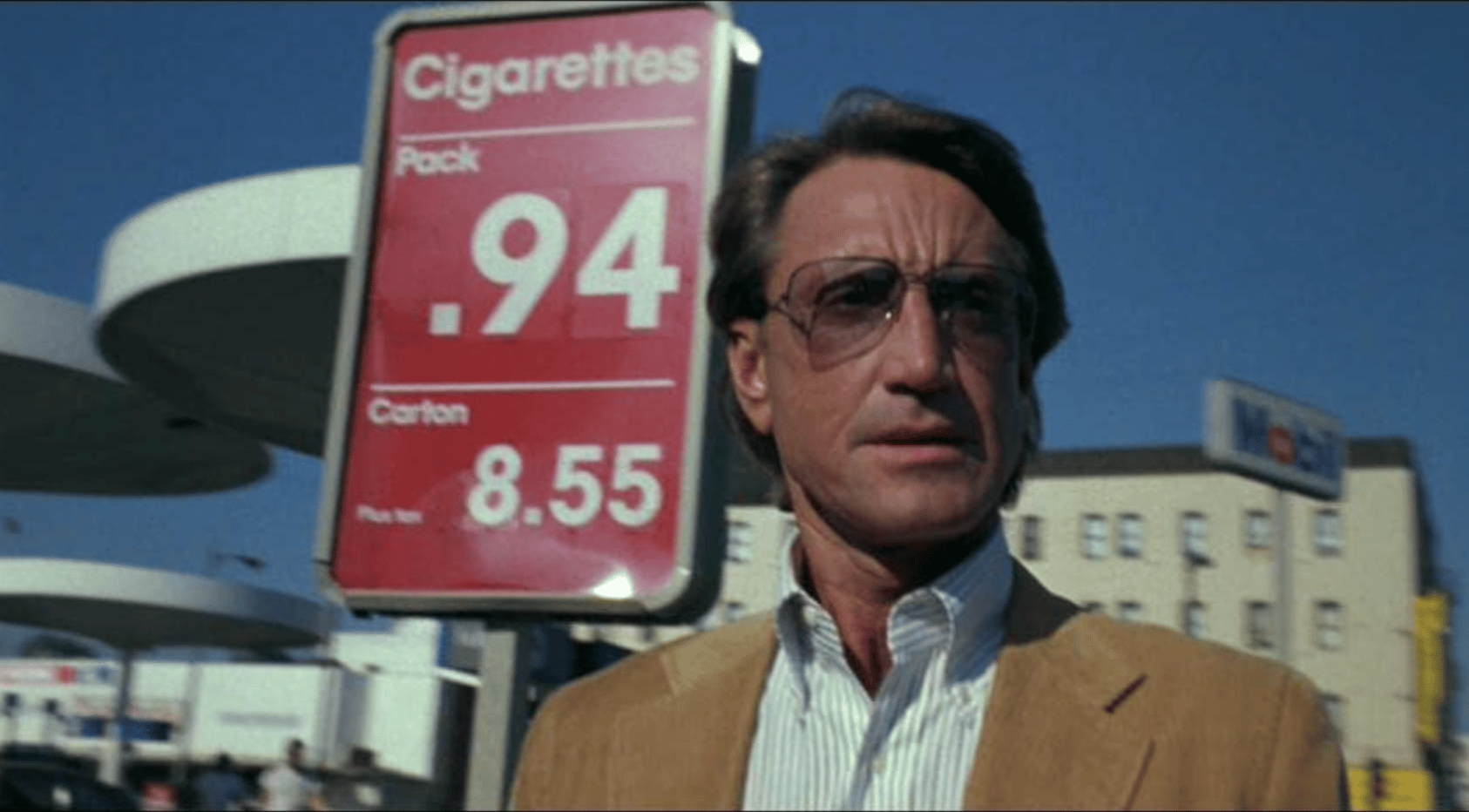 Elmore Leonard’s 1974 novel 52 Pick-Up was adapted twice for film, first with 1984’s The Ambassador and then again with this 1986 neo-noir of the same name. The plot follows Henry Mitchell, played by Roy Scheider, a successful construction magnate whose wife’s attempt to run for office is jeopardised by a videotape of his affair.

Mitchell is threatened by blackmailers and cannot go to the police without ruining his wife’s chances in the election, so he takes things into his own hands. Mitchell tracks down, identifies and punishes the blackmailers, as they, in turn, escalate the violence they inflict upon him and his loved ones. Roger Ebert said 52 Pick-Up boasted “the best, most reprehensible villain of the year”. 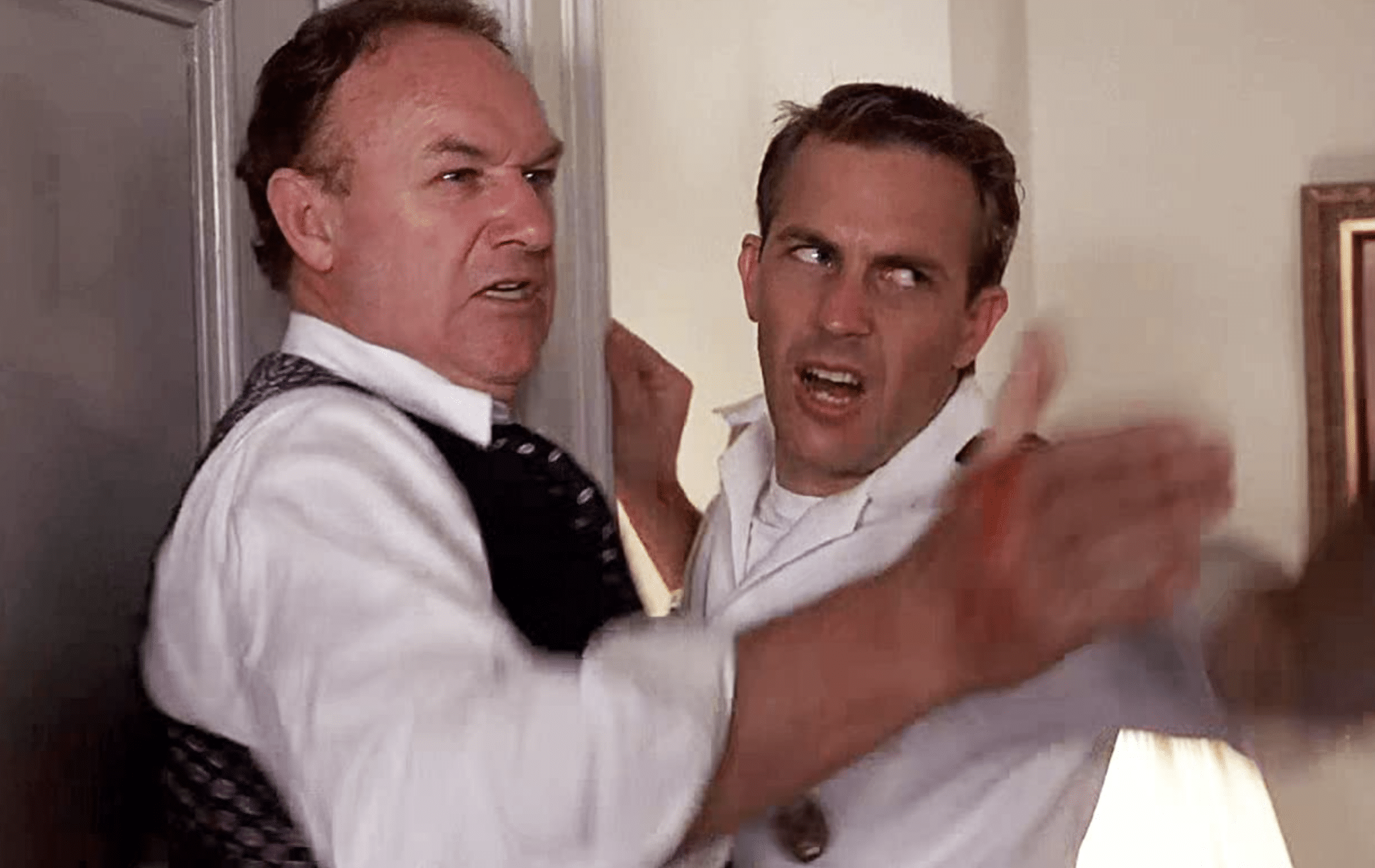 No Way Out is a 1987 political thriller based on Kenneth Fearing’s novel The Big Clock, starring Kevin Costner and Gene Hackman as Lieutenant Commander Tom Farrell and Secretary of Defense David Brice, respectively. Farrell begins an affair with the beautiful Susan Atwell (Sean Young), the wife of Brice, with things getting tangled when Brice hires Farrell to gather secrets from the CIA.

The rest of the plot plays out in a spiral of murder, hidden identities, espionage and national security. The movie debuted in the number two spot at the US box office, with both critics and audiences enjoying the way the film harkened back to the sleek, stylish suspense films of the 1940s, complete with a twist reveal in the final minutes. 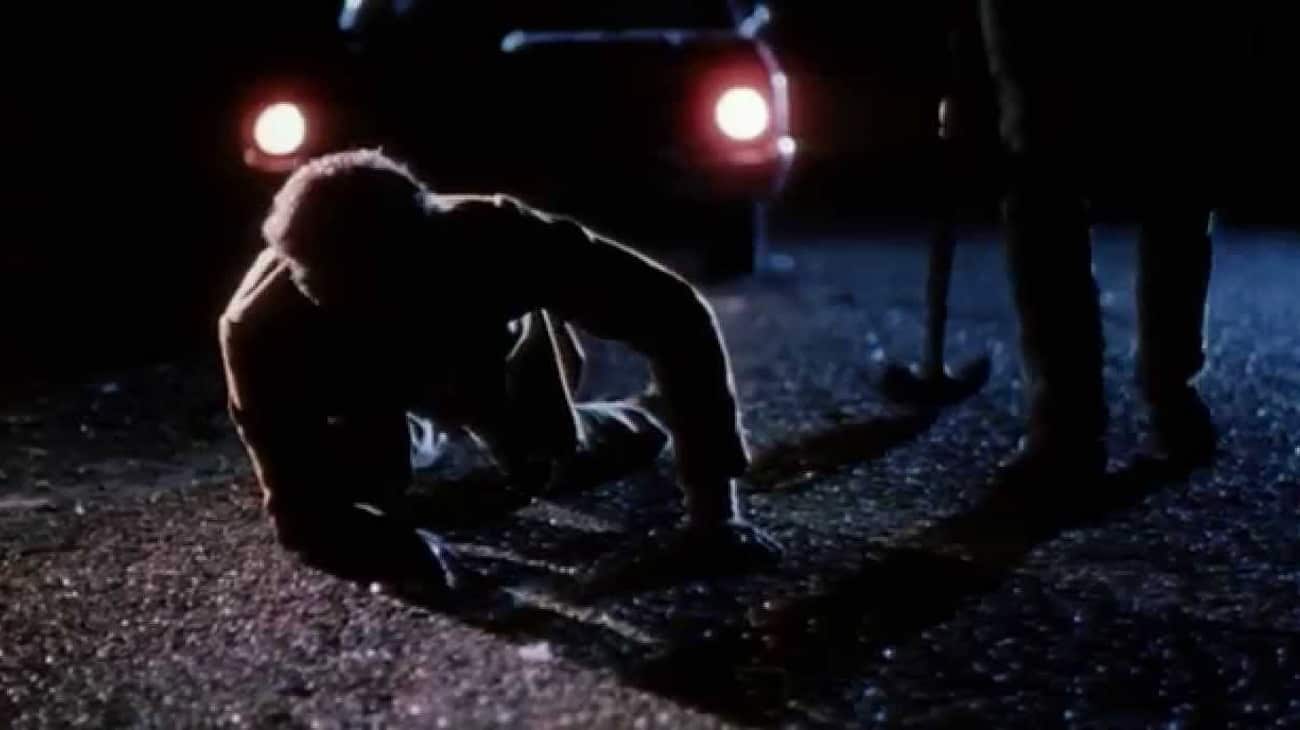 1984’s independent thriller Blood Simple was the first movie the Coen brothers ever made and, despite only being a modest box office success, it was a huge hit with critics. It follows prolific character actor John Getz as Ray, a bartender who accidentally gets himself embroiled in a murder plot by having an affair with his boss’ wife.

After the Coen brothers wrote the screenplay, they enticed investors with a pre-emptive trailer shot by film graduate cinematographer Barry Sonnenfeld, starring Bruce Campbell as the nebulous murderer. The film would be made, and feature leading lady Frances McDormand in her screen debut.