Beam Me Up Scotty, It’s 10 Facts About Star Trek: The Original Series

We grew up seeing Jean-Luc Picard captain the USS Enterprise to far flung corners of the galaxy in Star Trek: The Next Generation, and we have also thoroughly enjoyed watching Deep Space Nine, Voyager, Enterprise and the most recent entry in the franchise, Discovery.

But there’s something about the original series of Star Trek that means it is still many people’s favourite entry in Gene Roddenberry’s legendary science fiction franchise. So don your Federation Starfleet uniform (no, not the red one!) and boldly go where no one has gone before with these 10 fascinating facts about Star Trek: The Original Series. 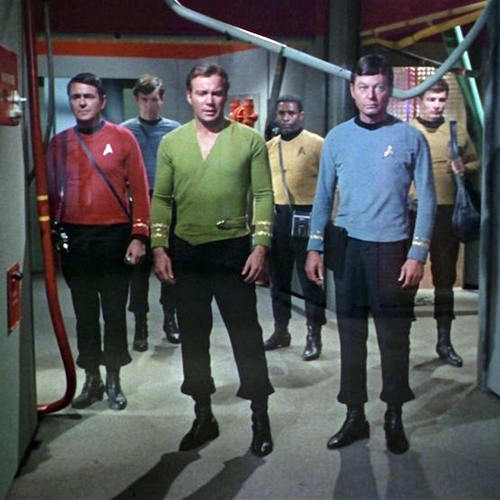 9. Spock was the only character to survive the show’s failed pilot episode 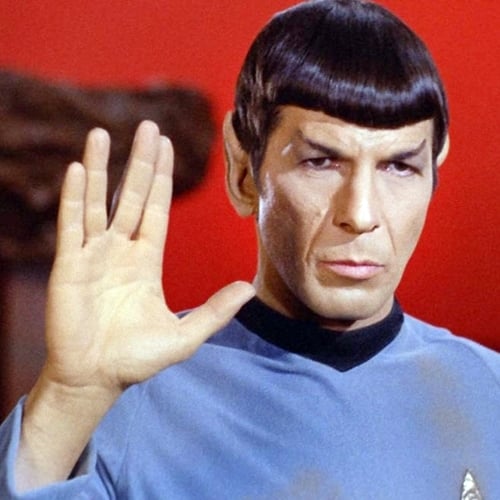 Star Trek’s original pilot episode – called ‘The Cage’ – was rejected outright by NBC for being “too cerebral,” but the US TV network were still positive about the show’s overall concept, so commissioned a second pilot called ‘Where No Man Has Gone Before.’

Leonard Nimoy’s Spock was the only character to be carried over into the second, successful pilot, an episode that also introduced us to William Shatner’s Captain Kirk, James Doohan’s Montgomery ‘Scotty’ Scott and George Takei’s Hikaru Sulu.

8. Lieutenant Uhura was a breakthrough character for US television 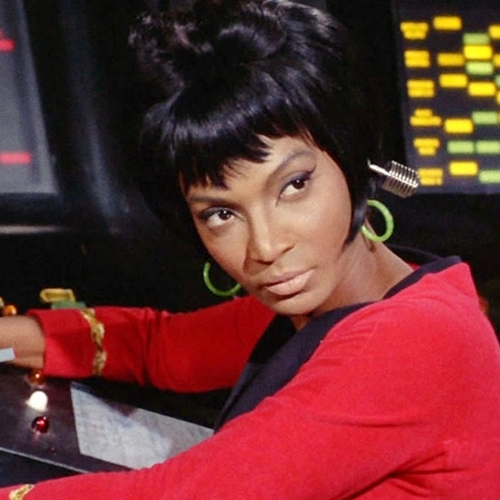 Joining the likes of DeForest Kelley’s Leonard McCoy as the show went into production for its first season was Nichelle Nichols’ Lieutenant Nyota Uhura.

And Nichol playing the Enterprise’s communications officer was a breakthrough moment for US television, as she was the first African-American woman to be cast in such an important TV role.

7. Both Spock and McCoy could have been female characters 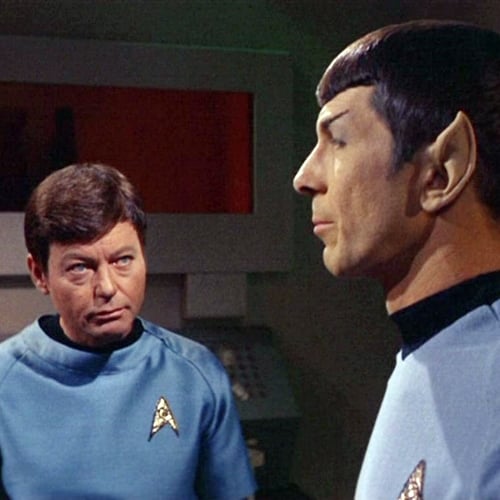 Lieutenant Uhura actress Nichelle Nichols has revealed that during the show’s casting process, its creator Gene Roddenberry did not specify whether the characters Spock and McCoy should be played by a male or a female.

“They gave me a three page script to read from that had three characters named Bones, Kirk and somebody called Spock, and they asked me if I would read for the role of Spock,” Nichols has been quoted as saying. “When I looked at this great text I said to myself, ‘I’ll take any one of these roles,’ but I found the Spock character to be very interesting.”

6. Mission: Impossible was to blame for the show very nearly being cancelled 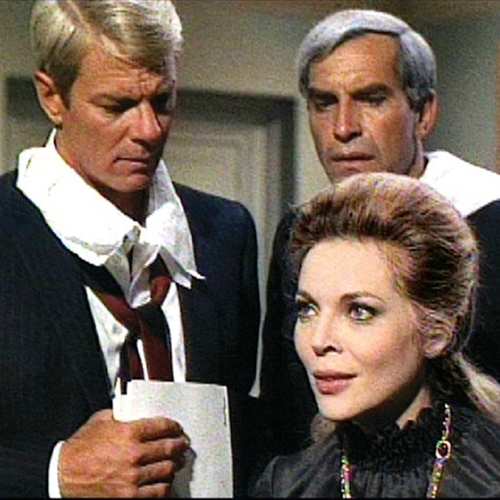 Before its first episode aired in February 1966, Star Trek was very nearly cancelled by Desilu Productions.

The production company – who up until that point had only made one show – were concerned that financing Star Trek alongside their other new show Mission: Impossible would be too much of a burden, but thankfully they were soon persuaded to change their mind.

5. Some members of the cast suffer from tinnitus due to the show’s loud explosions 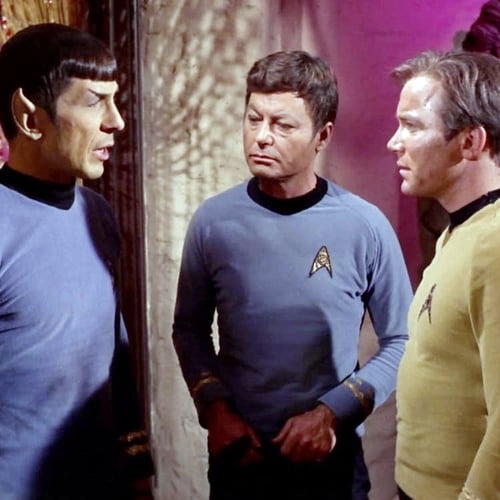 A special effects explosion during a second season episode of the show called ‘The Apple’ was so loud that a number of actors had to seek help from a Hollywood doctor after it caused them to experience loud ringing in their ears.

DeForest Kelley has revealed that the explosion led to him suffering from tinnitus for years, whilst William Shatner and Leonard Nimoy have also felt the effects of the incident.

4. Episodes were not broadcast in chronological order 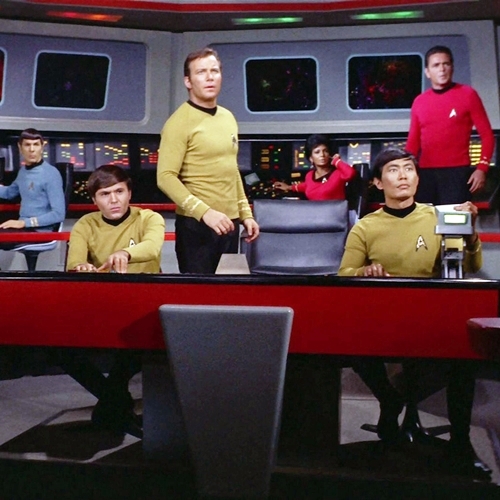 Star Trek fans who have taken the time to list the stardates from every episodes of the show have discovered that the series was not broadcast in chronological order.

It has since been revealed that this was largely due to episodes often not being broadcast in the order they were produced, but Gene Roddenberry also tried to explain away the anomaly by saying that “the stardates specified in the log entry must be computed against the speed of the vessel, the space warp and its position within our galaxy in order to give a meaningful reading.”

3. A tiger broke free of its chains during filming of a first season episode 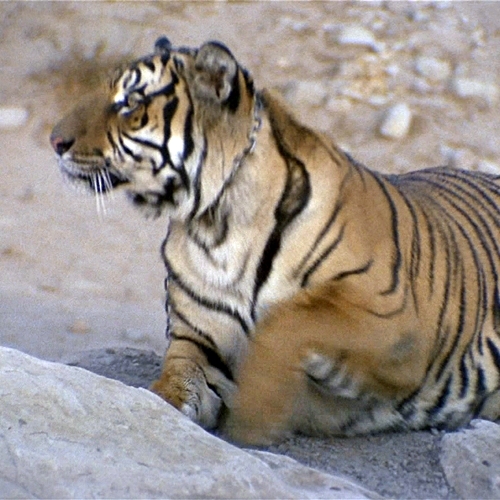 During filming of the show’s season one episode ‘Shore Leave,’ a Bengal tiger briefly broke free of its chains, with William Shatner recalling that “the ignorant machismo that had been pulsing so heartily through my veins was replaced by sheer abject terror.”

And this wasn’t the first time that animals caused havoc during filming, because a guest star on the show’s pilot episode ‘Where No Man Has Gone Before’ remembers being stung on the eyelid after bees made a nest in the studio. 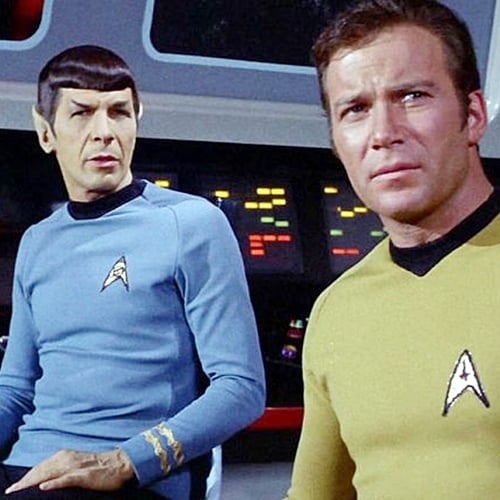 It wasn’t just on our TV and movie screens that Kirk and Spock shared a close relationship, because William Shatner has revealed that he and the late Leonard Nimoy were also extremely close in real life.

“I had [a deep friendship] with Leonard, and that was the only time I had it,” Shatner has said about the bond they shared.” It’s a very interesting aspect of life developing a friendship. Not the ‘Let’s go get a beer’ friendship, but deep, deep down.”

1. Well over one-hundred video games based on the franchise have been produced 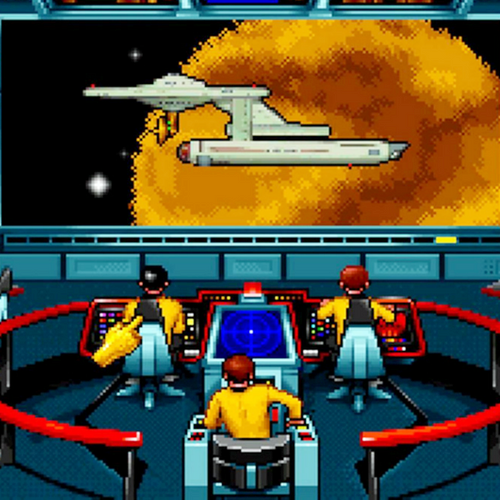 In addition to nine TV shows, ten films and a wide range of toys, comic books and other associated merchandise, a staggering 125 video games based on the Star Trek franchise have been created over the years.

The very first Star Trek video game was a text based effort in 1971, and this was quickly followed by an arcade game only a year later.