Those of you who are parents will be well aware that children absolutely love destroying things, but it’s fair to say that most of them also have something of a creative streak.

This innate desire to build big has led to a multi-billion dollar industry devoted solely to creating the kinds of toys that feed the imaginations of children across the globe, and today we have some delightfully nostalgic examples of these kinds of products.

So please do join us in exploring the following 10 retro building toys that are sure to transport you right back to the greatest decade there ever was. 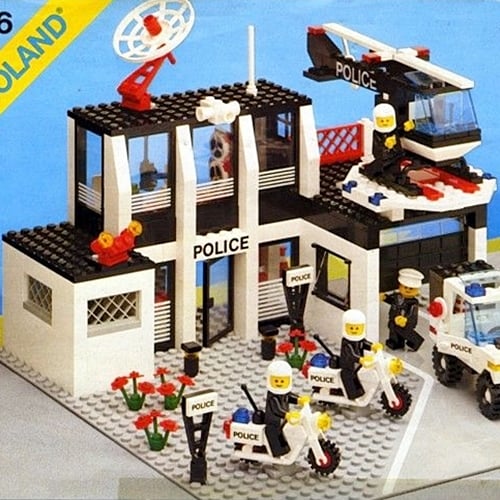 Created in Denmark over seven decades ago, the pure simplicity of Lego has delighted millions of children around the world through many different generations.

These days there are hundreds and hundreds of Lego sets based on the likes of Star Wars, Marvel and Ninjago, but during the 1980s we were extremely satisfied to make do with our Riding Stable, Police Station, Emergency Treatment Centre, Holiday Home or Space Monorail Transport System. 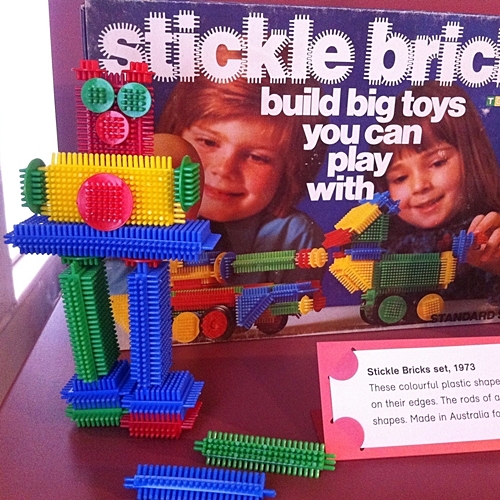 Invented by the English engineer Denys Fisher – who also came up with the circular, scientific Spirograph art sets – Stickle Bricks are colourful plastic shapes that each contain a number of interlocking fingers.

Stickle Bricks are currently owned by Hasbro, and over the years you may have come across some slightly cheaper knock-offs with names like Thistle Blocks, Bristle Blocks, Fun Bricks or Krinkles. 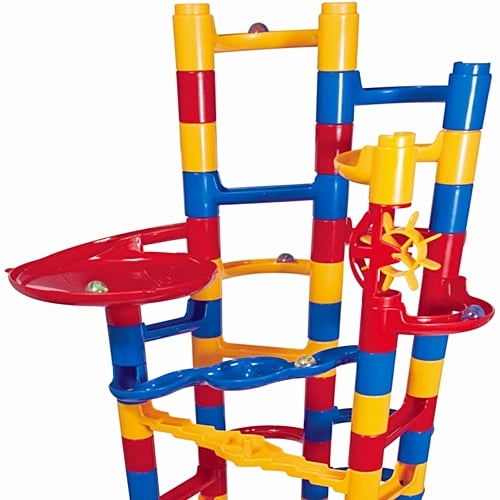 Even as adults there are few things more pleasurable than watching marbles descend gracefully down a carefully constructed tower of colourful slides, so we suspect that Marble Runs will never go out of fashion.

Only ever limited by your imagination and stock of different coloured plastic pieces, a Marble Run is something that every child should own. 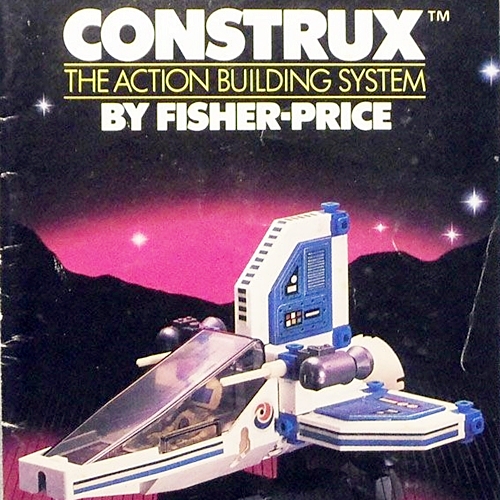 Described by legendary toy makers Fisher-Price as ‘the action building system,’ Construx was first introduced in 1983 and let us build everything from spaceships and cars to windmills and bridges.

Construx, which was discontinued in 1988 before being revived by Mattel in 1997, even let us use wheels and hinges to build some impressive, complicated motorised creations. 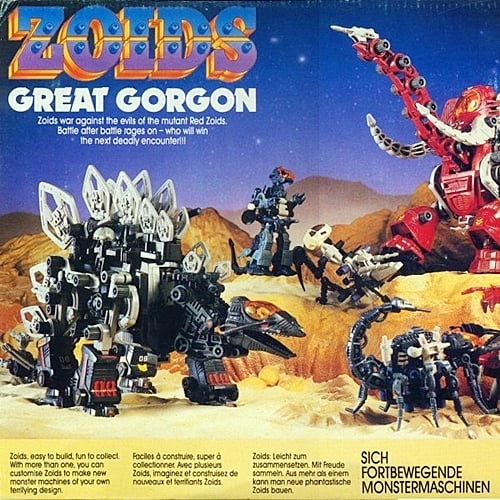 Brought to us by Japanese toy makers Tomy, a Zoids set let us construct our own giant, dinosaur, insect or mythological creature.

We particularly remember the massive Mighty Zoidzilla, Great Gorgon and Gojulas Zoid sets looming over us as we perused the shelves of our local Toys R Us during the mid-1980s. 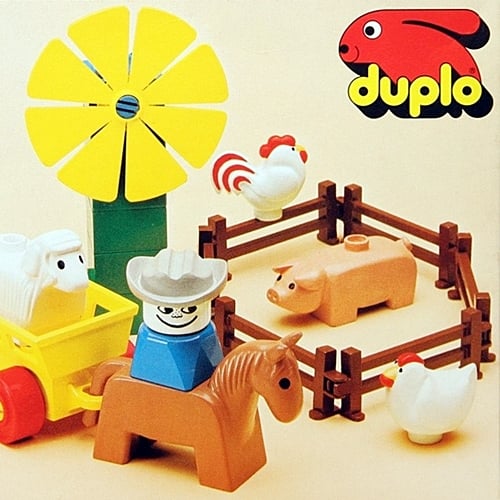 Manufactured by The LEGO Group, Duplo blocks are two times the height, length and width of traditional Lego bricks, making them safer and easier to hold for young children.

First introduced in 1969, Lego Duplo was briefly known as Lego Preschool in the late 1970s, and has blocks that are compatible with traditional Lego sets. 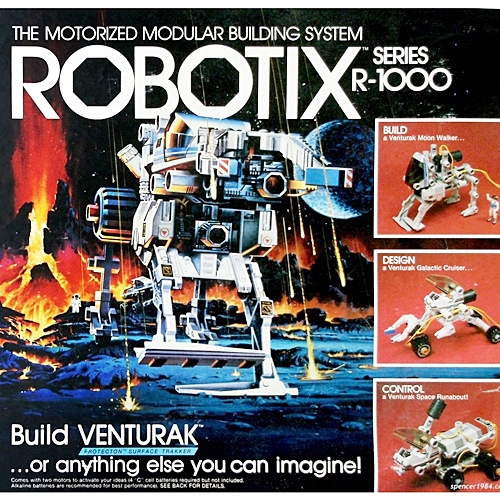 First introduced in 1984 and still sold by a company called Robotics and Things, Robotix let us build machines, vehicles and even robots.

Robotix was known as ‘a modular motorised building system’. Each set came with its own action figures, and it even spawned its own animated TV show and comic book series. 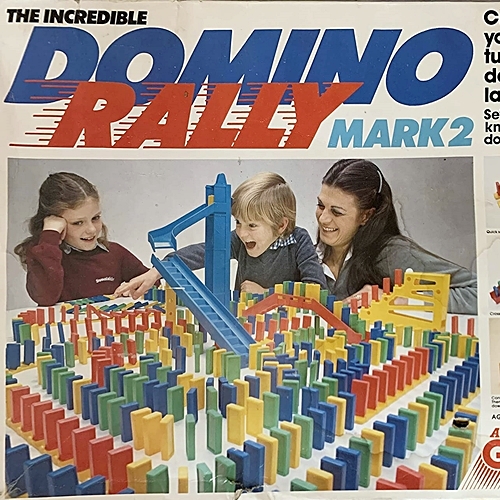 Having your carefully crafted creation spoilt by the wayward hand or foot of a younger sibling was always extremely frustrating, but that didn’t stop us using our Domino Rally set to have just one more shot at creating the greatest domino run that the world had ever seen.

Created by 16-year-old Jason Carroll and his father in the late 1980s and originally known as Domino Track, a number of different Domino Rally sets were created, each containing hundreds of colourful plastic dominoes that always fell over slightly more easily than we would have liked. 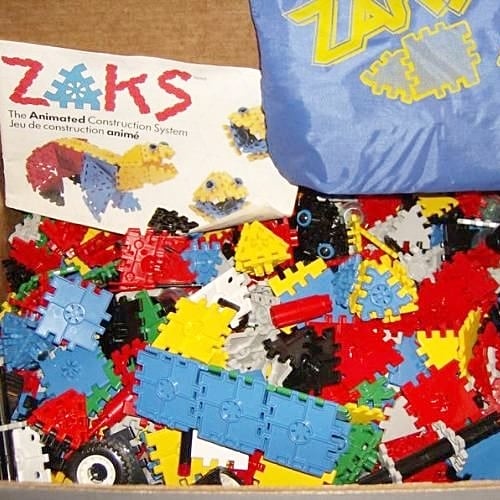 Zaks sets featured hundreds of triangles and squares with interlocking edges that enabled us to create some impressively elaborate creations.

Whether we were trying to construct our dream home, a dangerous looking tank or an extremely wobbly tower, Zaks always made the building process an absolute pleasure. 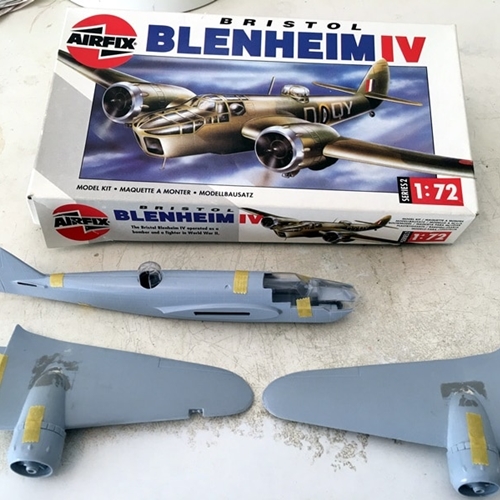 Originally hitting shop shelves in the late 1930s and now owned by Hornby, the success of Airfix meant that many people refer to plastic moulded models as ‘Airfix kits’ even if they were created by a completely different company.

They were probably best known for their aircraft models, but Airfix also let us build boats, rockets, spaceships and trains.