Teenage Mutant Ninja (or Hero in the UK) Turtles was a phenomenon in the late 80s and early 90s as the cartoon series took the World by storm and was loved by fans old and young.

It didn’t take a genius to work out that this would lead to a live action big budget action film being released and this happened in 1990 with the film being a big hit at the cinemas, especially with its younger target audience.

The film stuck to the cartoon source material pretty well, and had some of the fans’ favourite characters in there, though there were also a few big omissions which any fan will tell you! Join us as we look at the characters from the film and what the actors/voice artists look like now…. 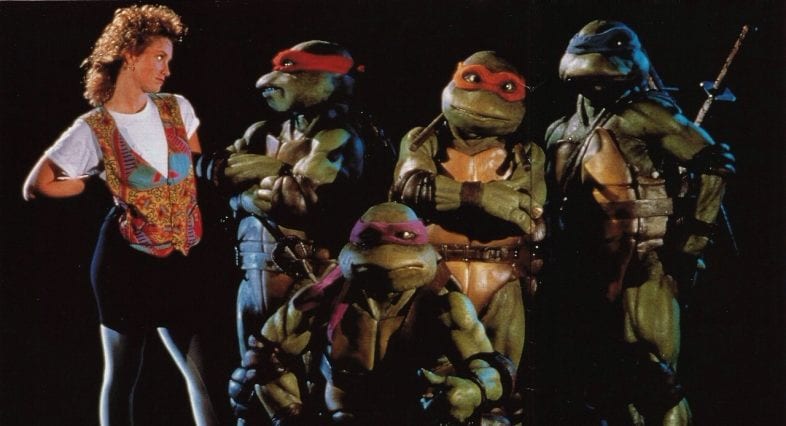 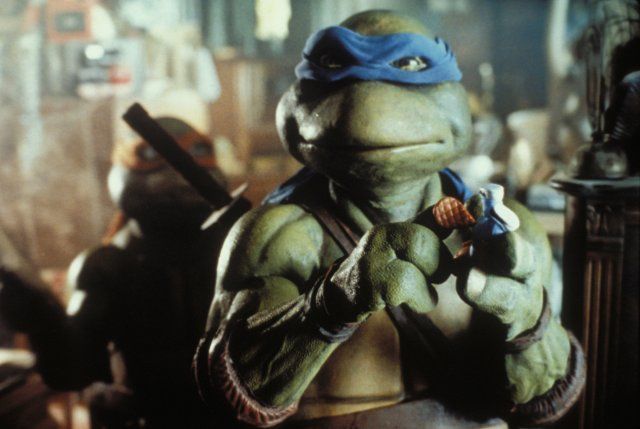 Brian Tochi provided the voice for Leonardo, the leader of the team when Splinter wasn’t around and the wearer of the blue mask. Brian Tochi has gone on to lend his voice to many hit TV shows and video game series including Johnny Bravo, Avatar: The Last Airbender, The Darkness II and World of Warcraft, so he is certainly a talented voice artist! 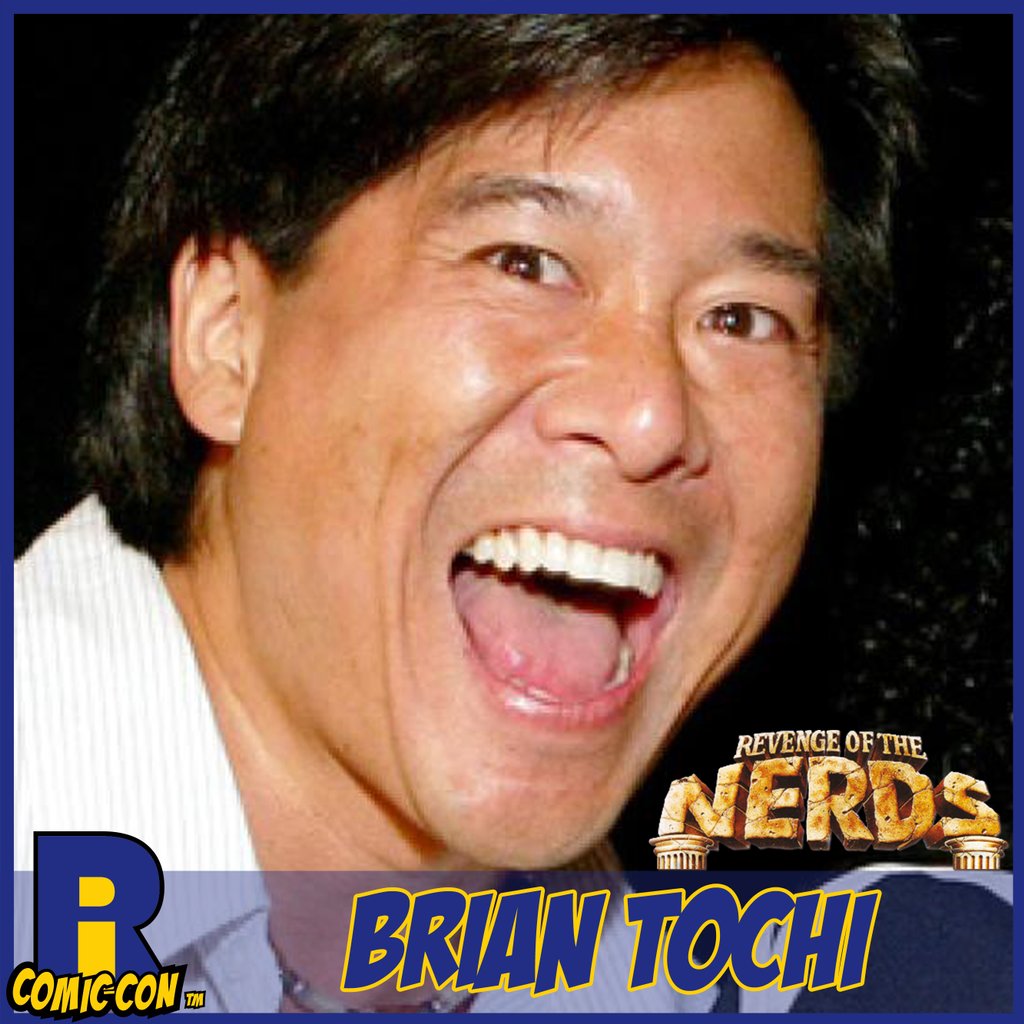 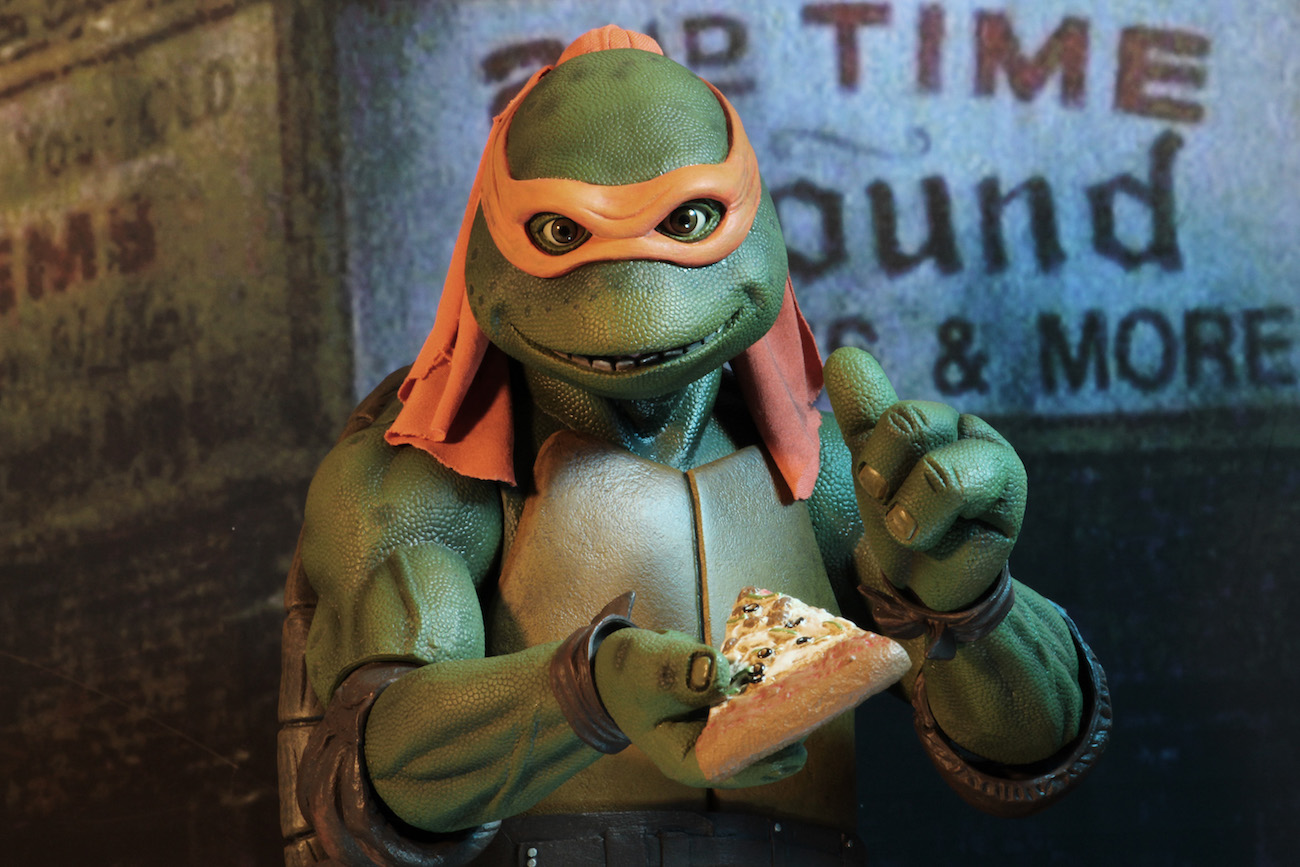 The rowdy one of the Turtles and a fan favourite as he was always joking around and just wanted to eat pizza night and day – nothing wrong with that!  Rist is also a prolific voice over artist, lending his vocal talents to some big projects including Final Fantasy X, Naruto, Doc McStuffins and the latest Teenage Mutant Ninja Turtle series, but this time as Mondo Gecko! 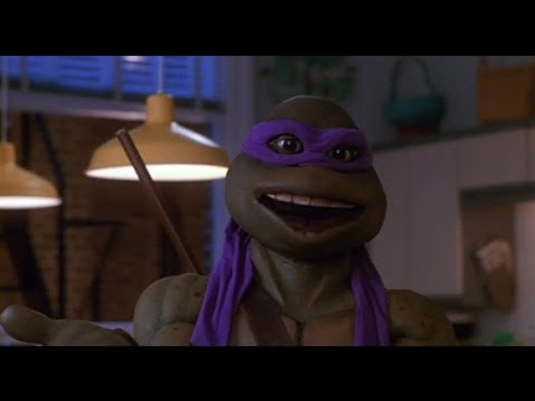 Corey Feldman was already a big star at the time from films like The Goonies and The Lost Boys, so lending his voice to Donatello, the Turtle with the purple mask and the Bo (big stick!) didn’t hurt! Feldman has stayed busy over the years, appearing on screen in projects like Zombex and as a voice actor in things like Minecraft: Story Mode – A Telltale Game Series and also the new Teenage Mutant Ninja Turtles show as Slash.

Josh Pais was the only actor to do the voice for his Turtle (the one with the red mask) and wear the suit as the rest relied on stuntmen for that, so he is certainly talented! Pais has stayed very busy and has been seen in the likes of Law & Order: Special Victims Unit, Younger and Ray Donovan, proving he is a versatile actor even without the body suit! 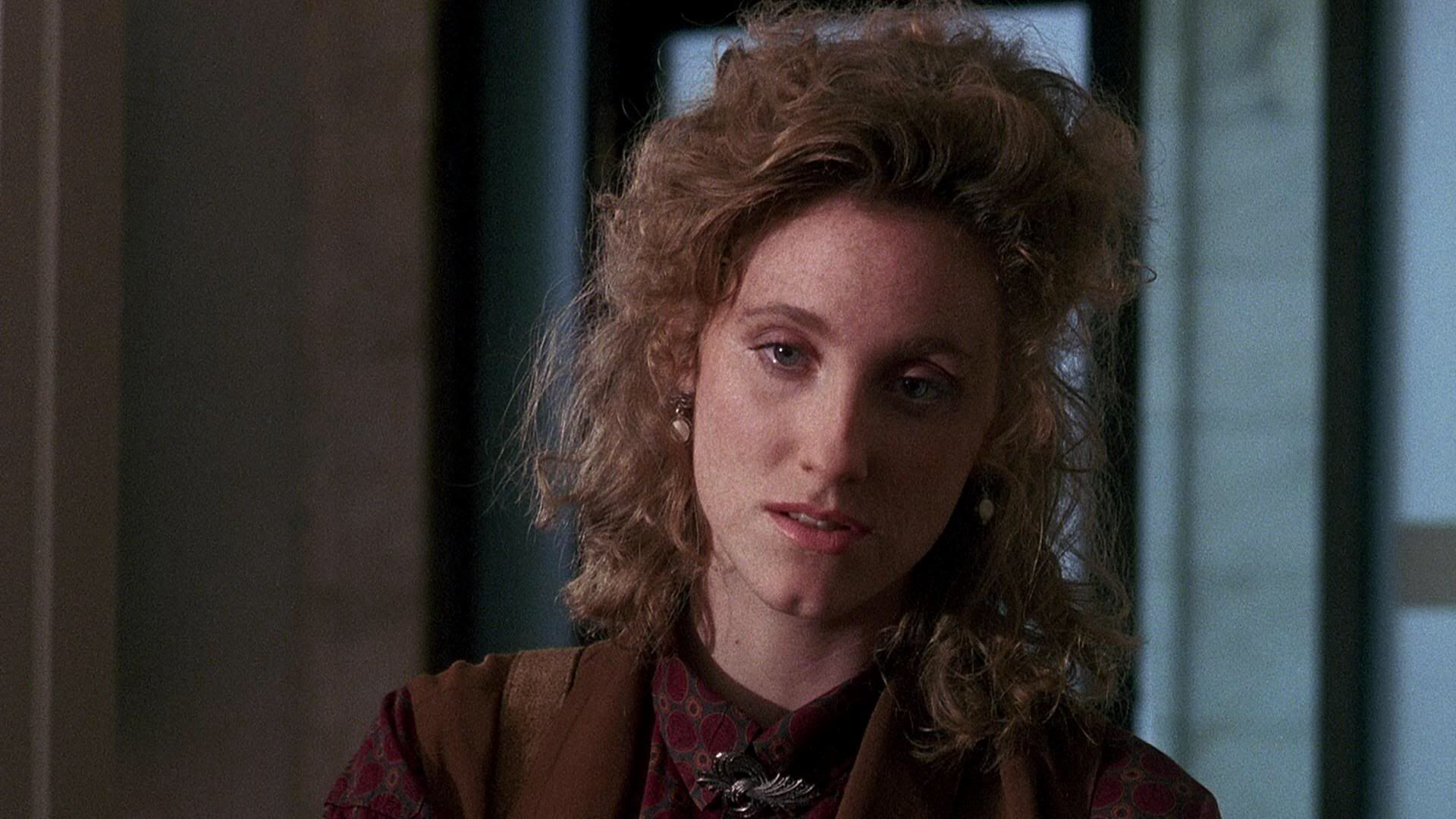 April was the reporter that found out about the Turtles and befriended them, with some cringe-worthy lines from some of the Turtles as they find her quite alluring (possibly not as bad as some of the lines from the animated series at the time though!!). Judith Hoag has gone on to star in the likes of Castle, Criminal Minds and as Tandy Hampton in Nashville. Casey Jones was the vigilante who ended up helping the Turtles, and am I the only one who thinks he bore a striking resemblance to a young Robert DeNiro? Elias Koteas has gone on to be a successful actor appearing in some big projects including The Thin Red Line, The Sopranos, House and Chicago P.D, so he certainly has a full CV these days! 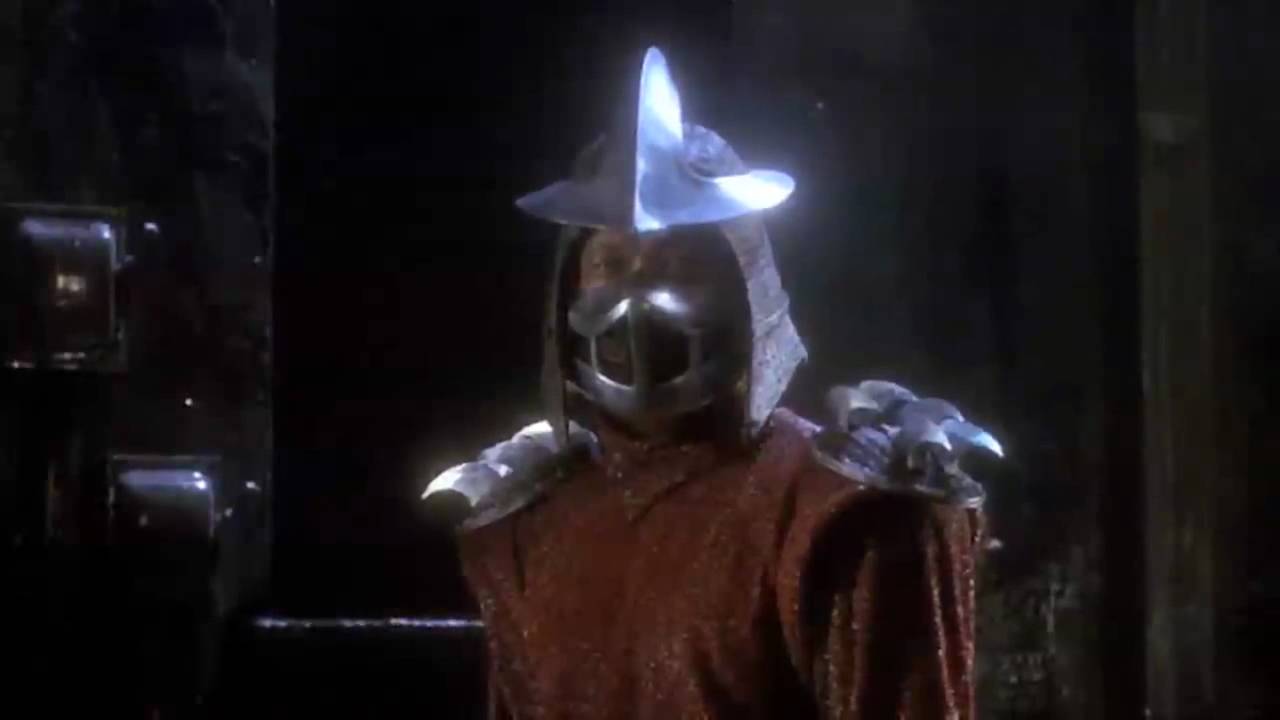 The leader of the rival gang and the man who is only scared of one thing – not the Turtles, but a can opener!! Some people felt a little let down by this movie’s interpretation of Shredder, what did you think? James Saito has gone on to star in more than 100 productions, with his current big turn coming in the new Amazon Prime series, Cloak and Dagger as Dr. Bernard Sanjo. 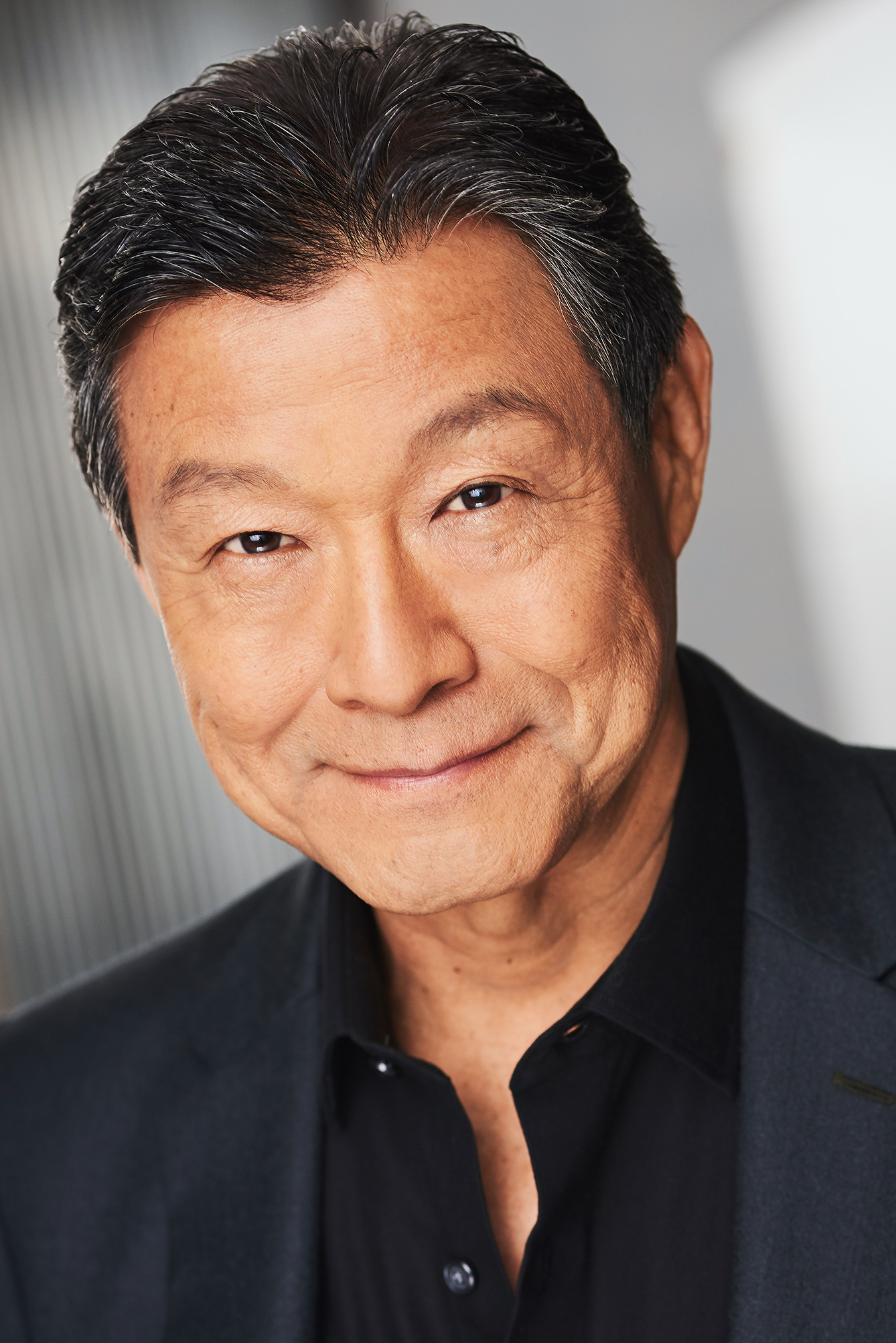 This was one of Sam Rockwell’s earlier roles, and he played the lead of a gang of thugs. Since then Rockwell has proven himself to be a very talented character actor in productions as diverse as Galaxy Quest, The Hitchhiker’s Guide to the Galaxy, F is for Family and in a very convincing role in Three Billboards Outside Ebbing, Missouri.

Are you a big Turtles fan? Did you prefer the original cartoon, this movie, or one of the more recent reboots of the series? Let us know all of your Turtle-related thoughts and memories in the comments as always!