National Lampoon’s Animal House launched the careers of several of its stars, but things were rather different for Sarah Holcomb. For a brief time the young actress appeared to be going places, following the 1978 comedy classic with a number of other films, including another enduring comedy favourite, 1980’s Caddyshack.

Tragically, Caddyshack proved to be Holcomb’s final screen credit, and she disappeared from the limelight soon afterward. It is reported that her career was thrown off course by major personal problems, including struggles with drugs and mental illness. 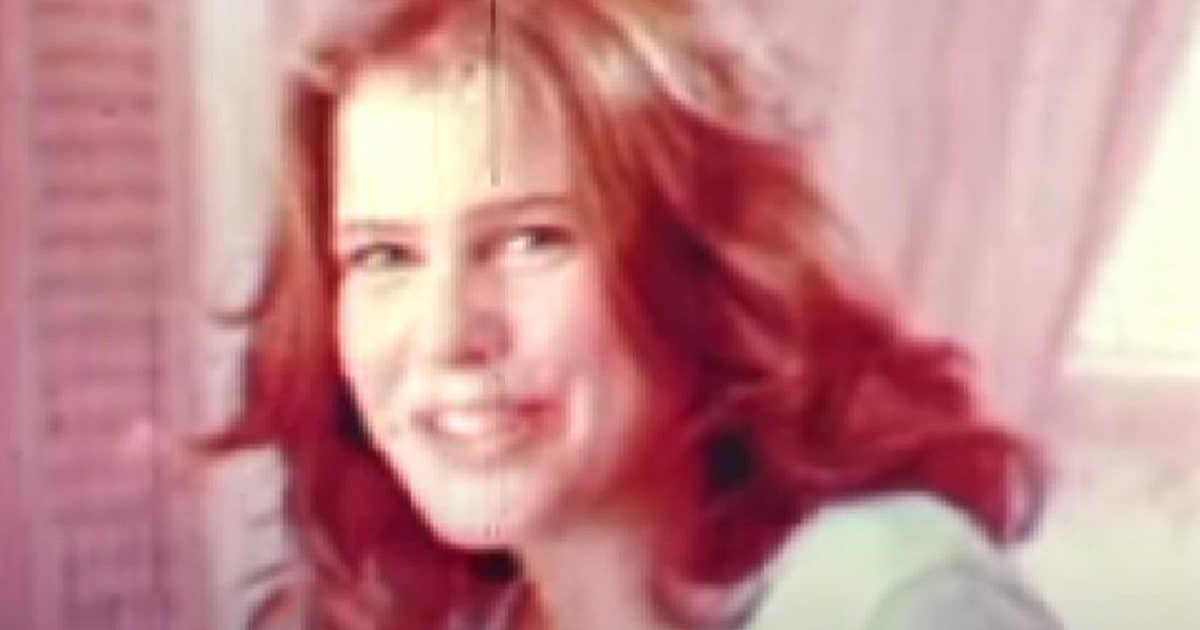 Sarah Holcomb was born September 11th, 1958 in Weston, Connecticut. Not a great deal is known about her early life, but she started making her first moves into screen acting in her late teens. Some of her earliest appearances were in TV commercials, including one for Big Yank jeans.

Holcomb’s breakthrough came in 1978. She had initially been set to appear in one of the summer’s most eagerly anticipated blockbusters, Jaws 2. Unfortunately, as the screenplay was still being heavily re-written right up to the start of production, Holcomb was one among a number of prospective stars whose part wound up being cut from the sequel before shooting began. While this was doubtless a blow for Holcomb, she wound up instead making her film debut in a low-budget comedy which unexpectedly proved to be one of the biggest hits of the year: National Lampoon’s Animal House, released six weeks after Jaws 2 on July 28th 1978. 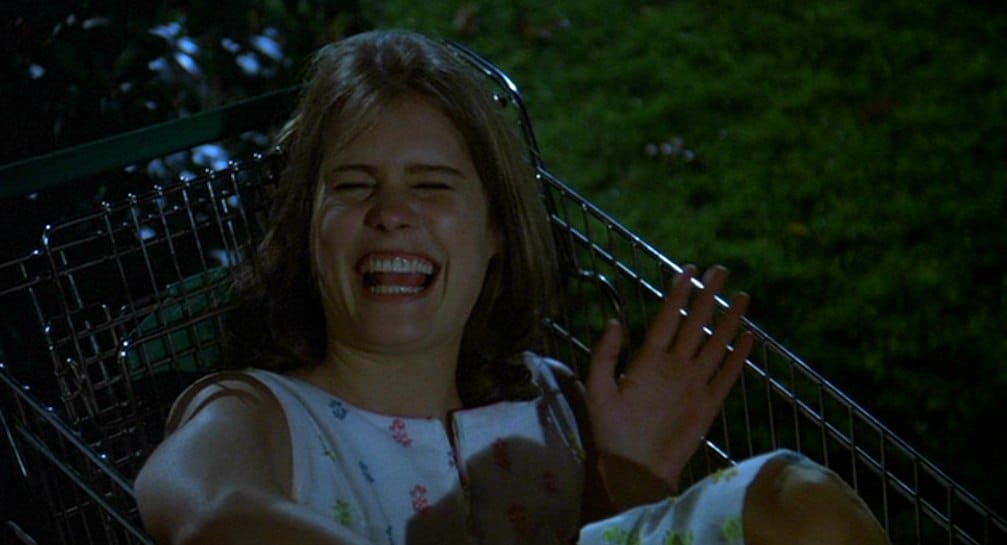 When talking about the popular culture of the 70s and 80s, it often seems necessary to add the preface that it was a product of a different time. This seems particularly pertinent when discussing Sarah Holcomb’s role of Clorette DePasto in Animal House, a character who would not likely be presented in quite the same manner today.

Clorette meets Tom Hulce’s Pinto whilst she’s working the checkout at a supermarket. At his invitation she attends the frat’s toga party that evening, where she proceeds to get drunk and amorous – then passes out on his bed, topless. At this point, Pinto sees a devil on one shoulder and an angel on his other as he internally debates how to proceed. Happily, he decides against taking advantage of the unconscious young woman, not that this makes this near-miss date rape any more forgivable.

Things are rendered all the more unpleasant when it is revealed later that Clorette is in fact just 13 years old. Of course, Sarah Holcomb herself was not quite this young at the time, filming the role when she was aged 19. Even so, getting her first big break in Hollywood was a change of scene for the inexperienced actress, who found herself catapulted into a hard-partying environment. 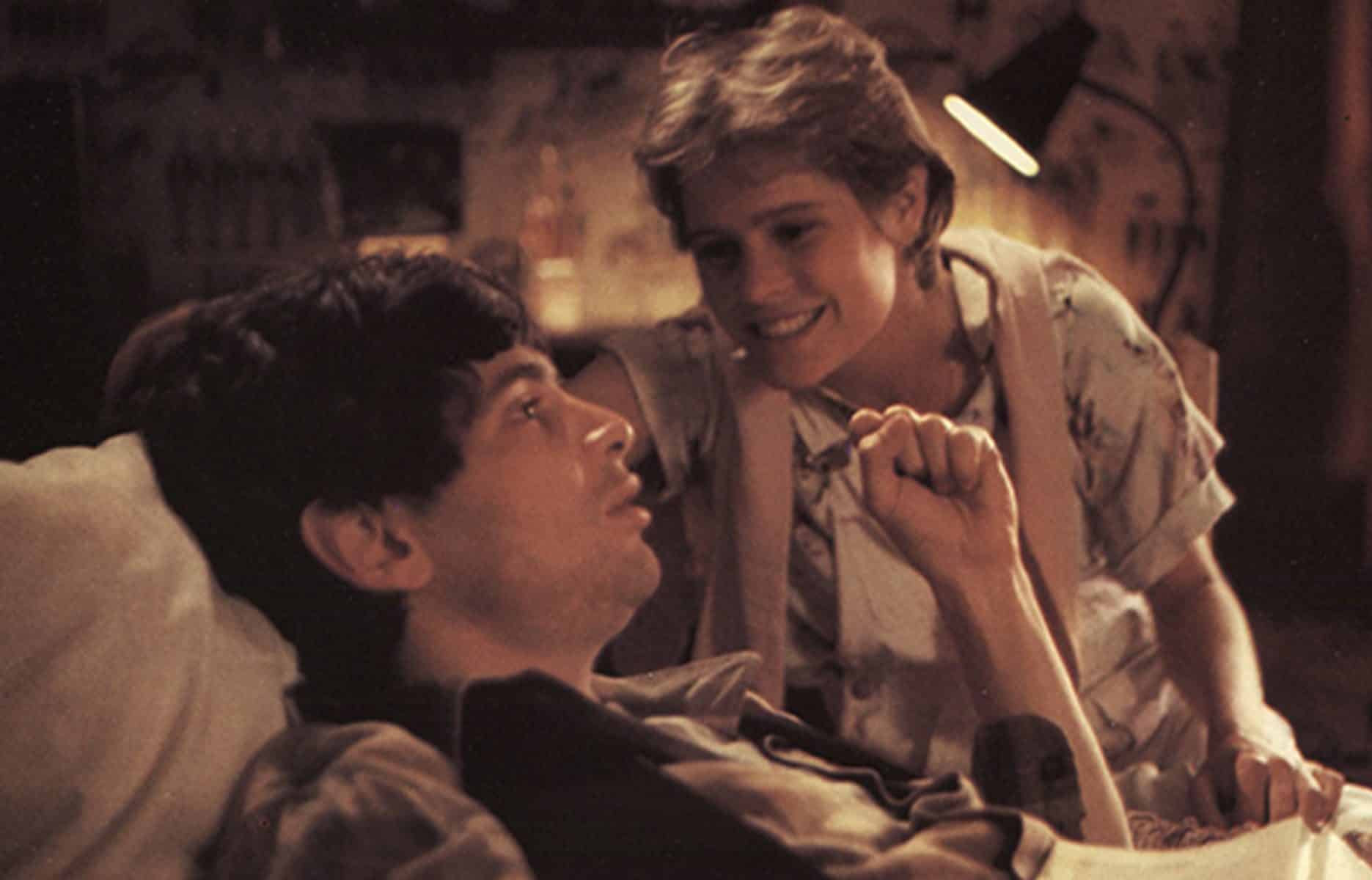 For a time, it looked like Holcomb was on her way to more big movies in the wake of Animal House. She would follow the hit with 1979 drama Walk Proud, and was one among many famous figures to appear in comedy mockumentary Mr. Mike’s Mondo Video. Next, Holcomb joined Madeline Kahn and Rita Moreno in 1980 comedy Happy Birthday, Gemini.

None of these films made much impact, but later in 1980, aged 20, Holcomb reunited with the makers of Animal House for Caddyshack. She appeared as Maggie, the Irish caddy who has a pregnancy scare (best remembered for crying to Michael O’Keefe’s Danny, “t’anks for nuttin’!”)

Though not as big a hit as Animal House on release, Caddyshack has proved to be an enduring favourite from the era. However, it proved to be the end of Sarah Holcomb’s acting career. She has never made another film, nor has she made any public appearances or statements in the years since. 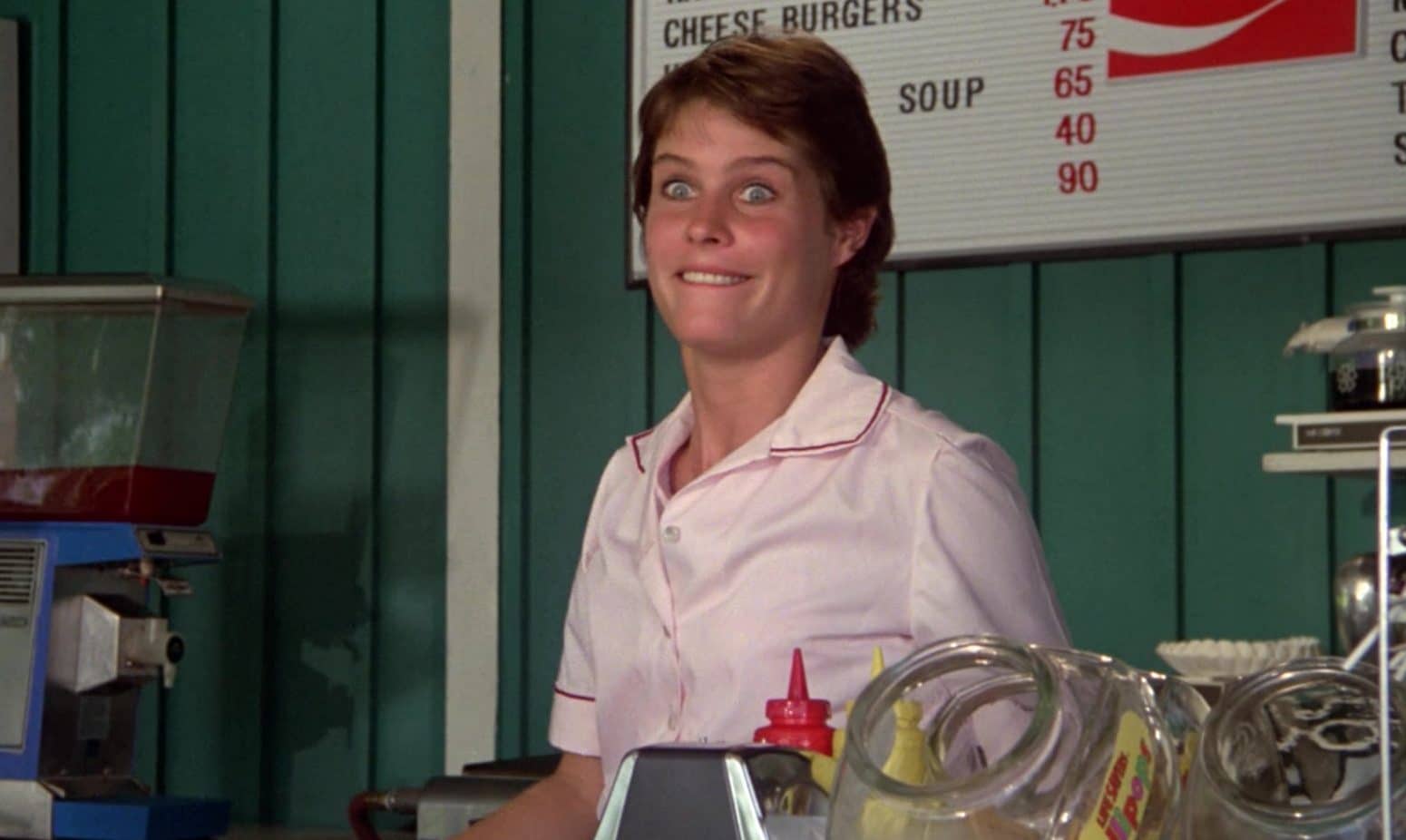 Virtually nothing was heard of Holcomb in the 26 years that followed, until Animal House co-writer Chris Miller spoke about her in a 2006 interview with Mr. Skin (a website dedicated to documenting film nudity). Miller reflected, sadly, “[Holcomb] was young, younger than the rest of us. We were a fast crowd. Drugs were everywhere. She fell into what, for lack of a better term, you would have to call bad company. And got f***ed up on drugs. Coke, primarily, if memory serves. This was not unusual at the time.”

As Miller points out, the Animal House team wound up having their share of high-profile casualties, with drugs being a particular problem. “[Co-writer] Doug Kenney and [John] Belushi were having their own problems in this regard. I was not exempt from drug excesses myself.”

Kenney, who also wrote and produced Caddyshack, died in August 1980 after falling from a cliff in Hawaii (though officially ruled an accidental death, many believe it was suicide), whilst Belushi died from multiple drug intoxication in March 1982. Happily, Holcomb did not meet a similar end, but her fate was still tragic. 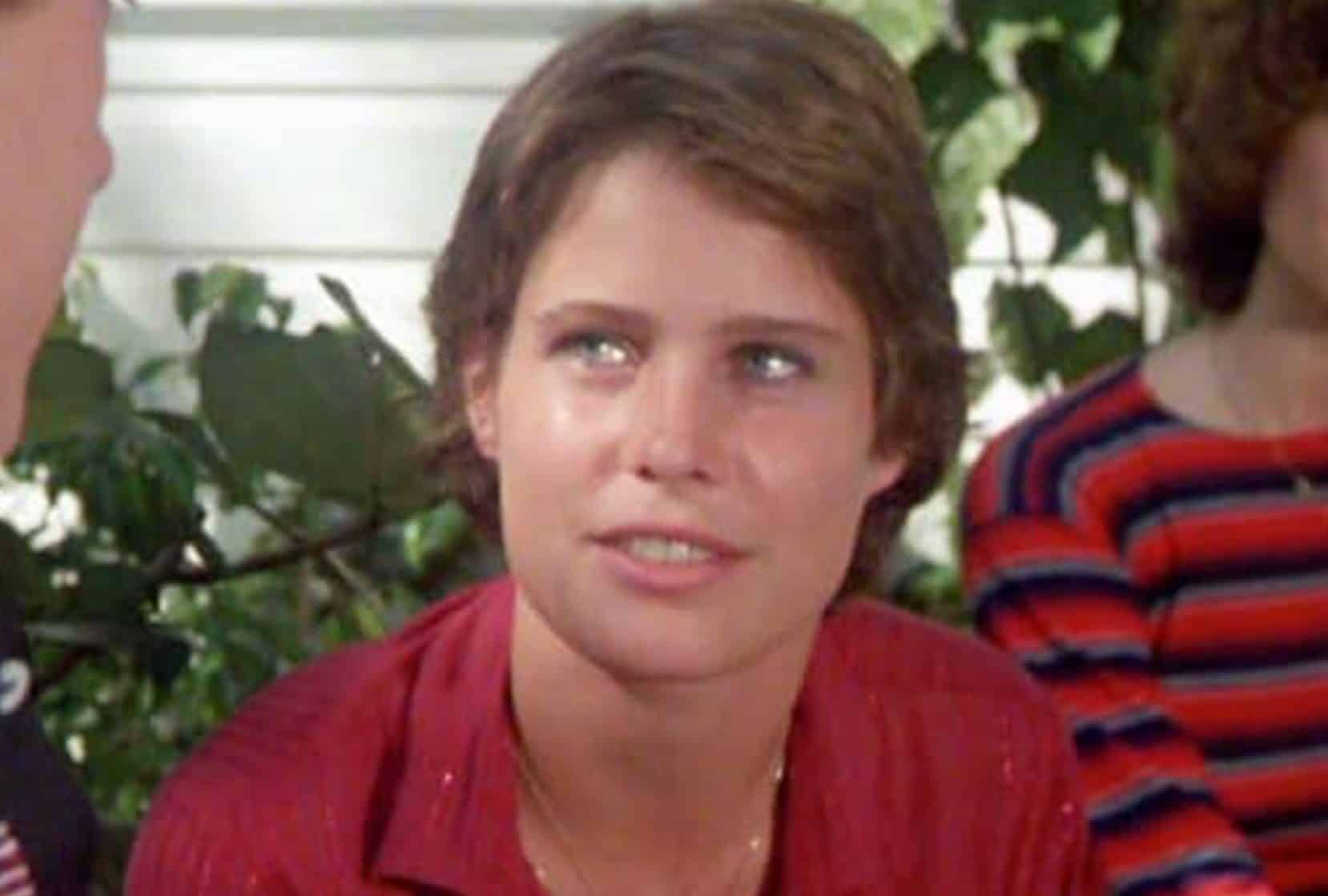 Miller explains, “Sarah wound up in some home for f***ed-up young girls… [she] wound up sort-of erased from life. I don’t know what became of her. Sad story.”

A little more detail was added to Holcomb’s story by a 2007 blog post detailing a personal encounter with the former actress in the late 80s; at the time Holcomb reportedly stated of her career lull, “Acting jobs are hard to come by, and I’ve been dealing with a lot of personal issues lately.”

While little is known for certain, it is widely claimed that Holcomb spent time in psychiatric hospital, and may have been diagnosed with schizophrenia. Her current whereabouts are unknown, but it is thought that she lives under an assumed name somewhere far away from Hollywood. 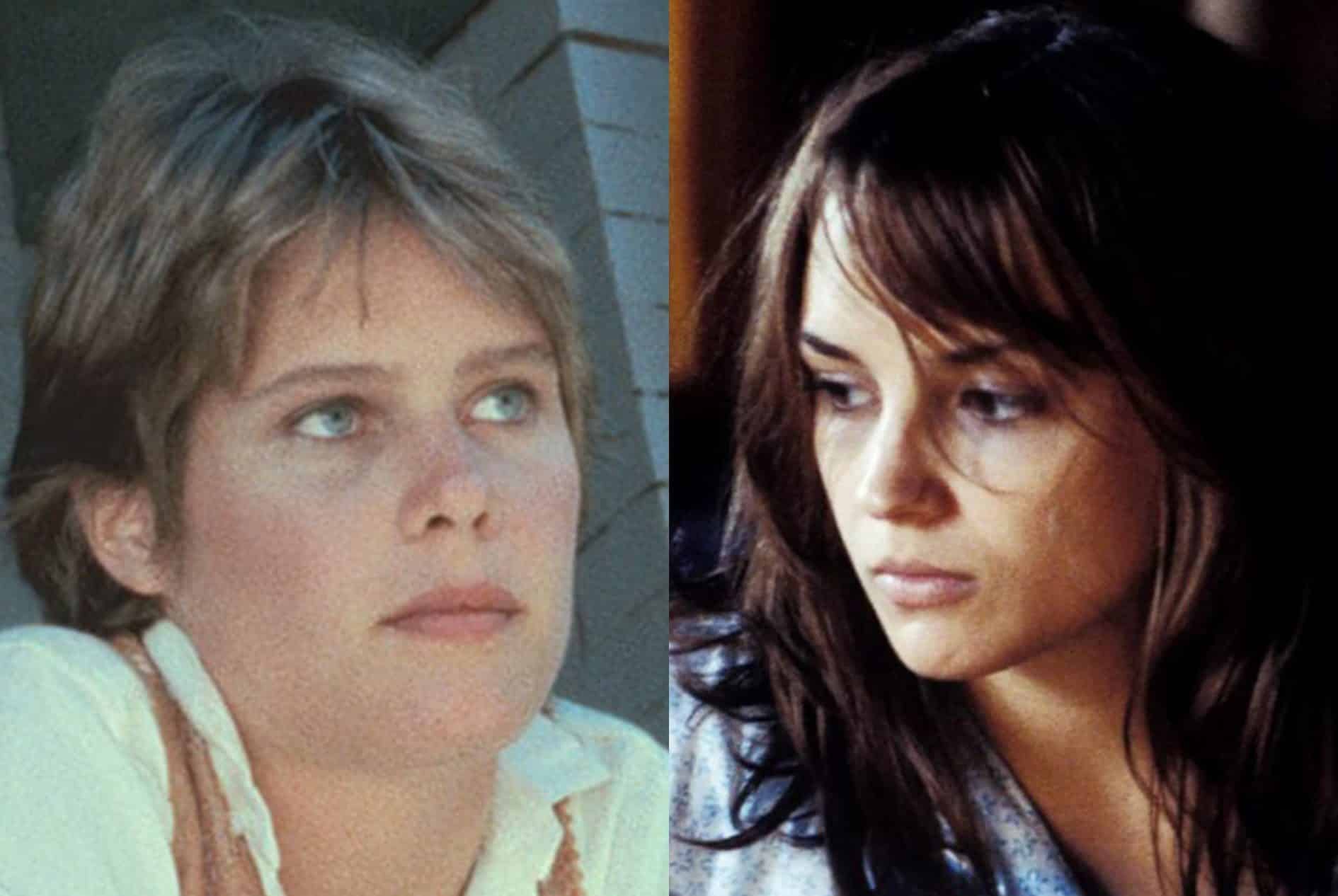 Despite her brief brush with fame and her appearance in two enduring comedy classics, Sarah Holcomb would seem to be all but forgotten by the film industry today. However, she is said to have been the key inspiration behind a 2004 film, Stateside.

The romantic drama, promoted as being based on real events, follows the blossoming love between a young US Marine and an aspiring actress and singer, played by Rachael Leigh Cook, who is struggling with undiagnosed schizophrenia. It is said that Cook’s character is directly modelled on Sarah Holcomb.