An Angry Millennial Claims People Born Before 1982 Had It Easy 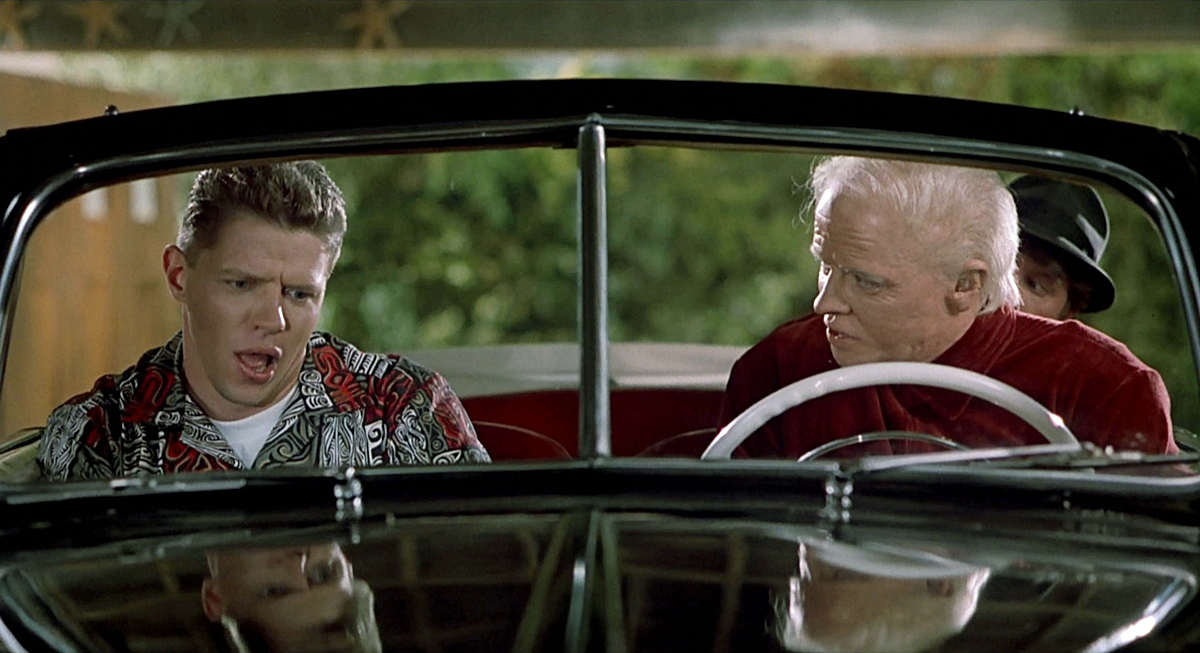 And in case you hadn’t realised, there’s a war going on, and it’s time to choose your side, take up your weapon, and enter the battlefield. Because one angry Millennial has taken it upon themselves to claim that those of us fitting into the ‘Generation X’ category had it really, really easy, and they’ve given a number of reasons to try and back up their argument… 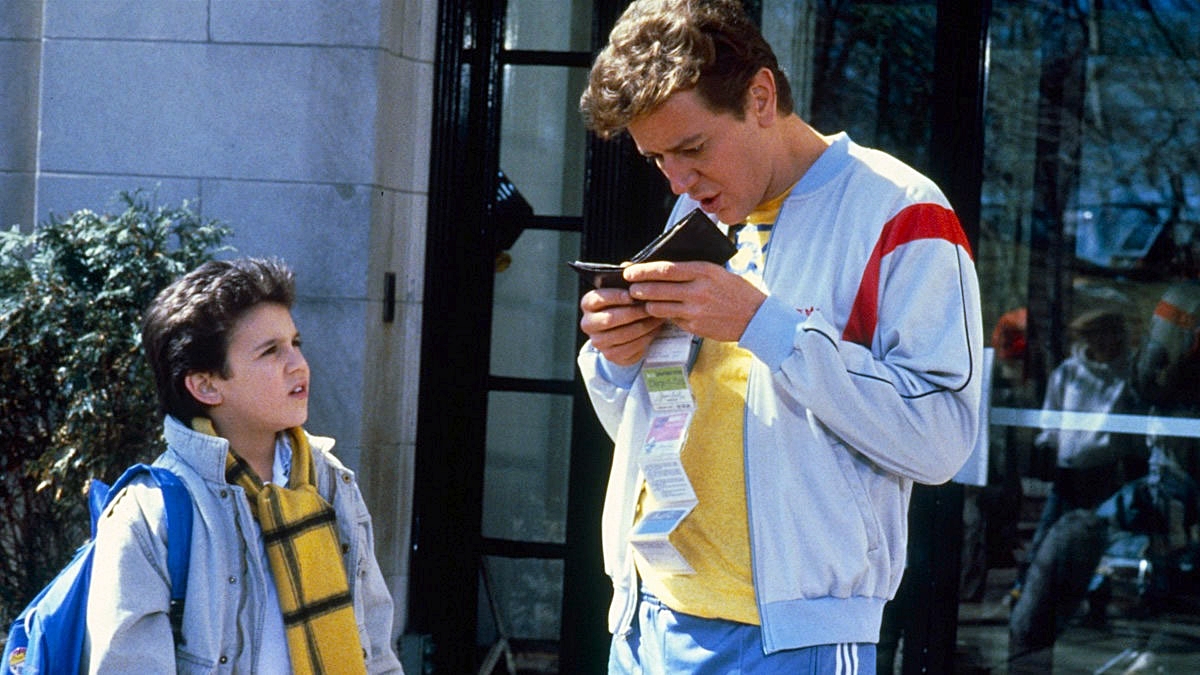 The Millennial’s angry rant begins by claiming that ‘YOUR generation’ (ie those of us born before 1982) was the generation where ‘two teachers could afford to buy a 4 bedroom house’ and ‘raise 2 kids in a private school’. They claim that their parents actually did this, but is that also your experience? 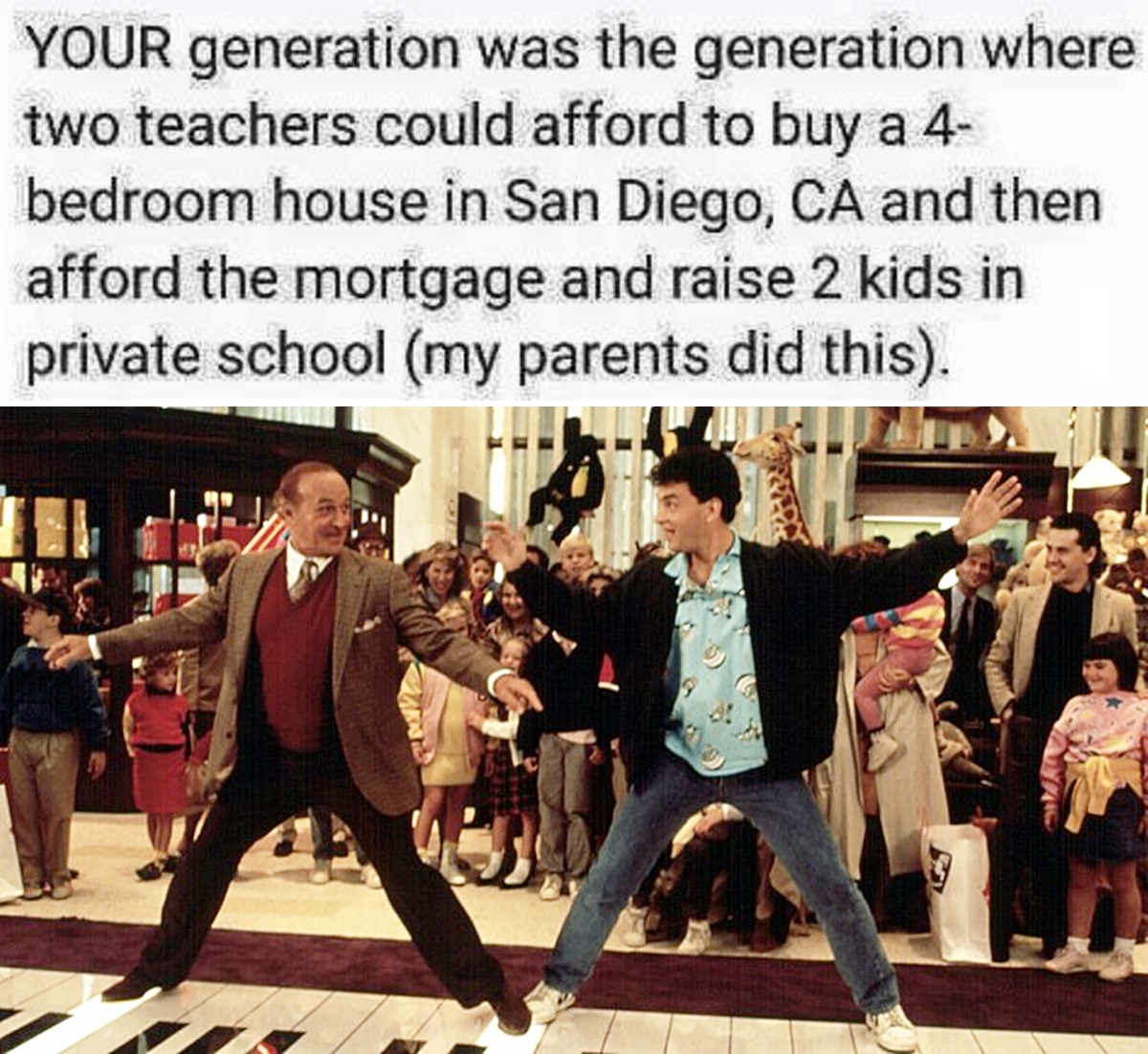 This Millennial goes on to claim that ‘YOUR generation was the generation where you could wash dishes to put yourself through college and law school’. We don’t know about you but we’re desperately trying to hold our tongues here… 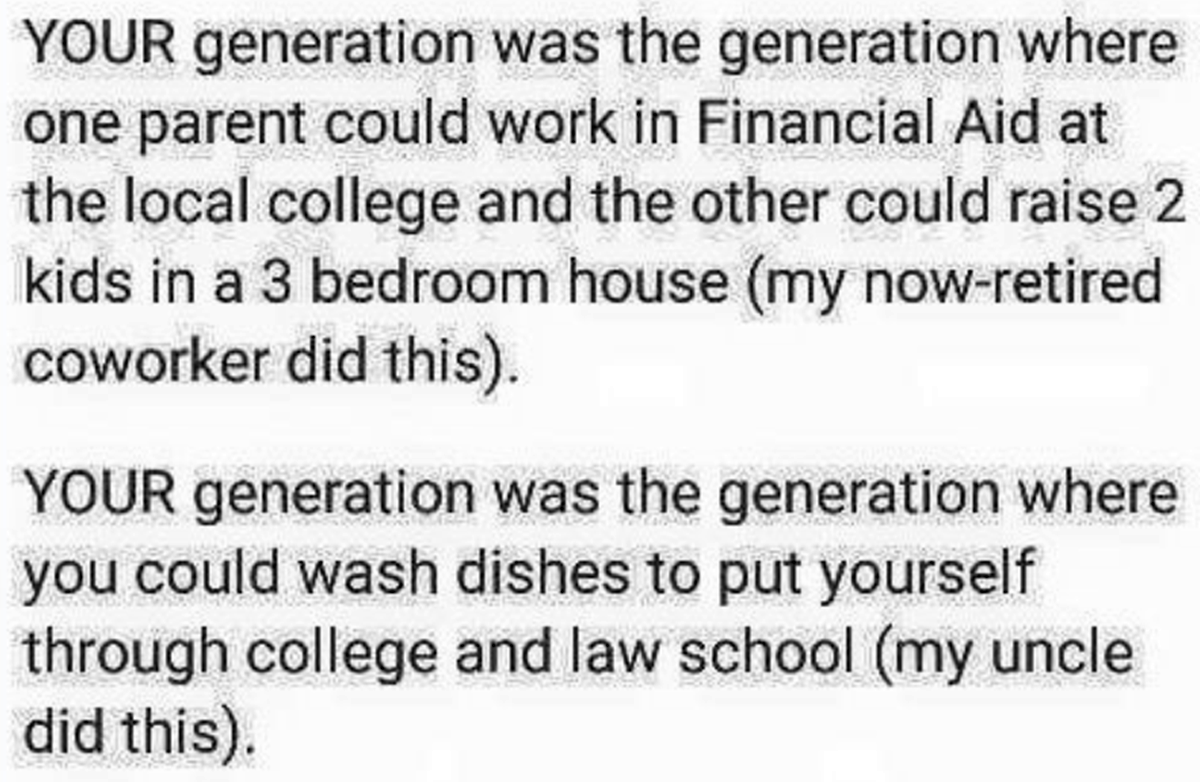 The rant continues with a complaint that ‘MY generation has both parents working, 2 jobs just to buy food, not even able to afford a family vacation every December’. Our heart is bleeding right now, what do you think? 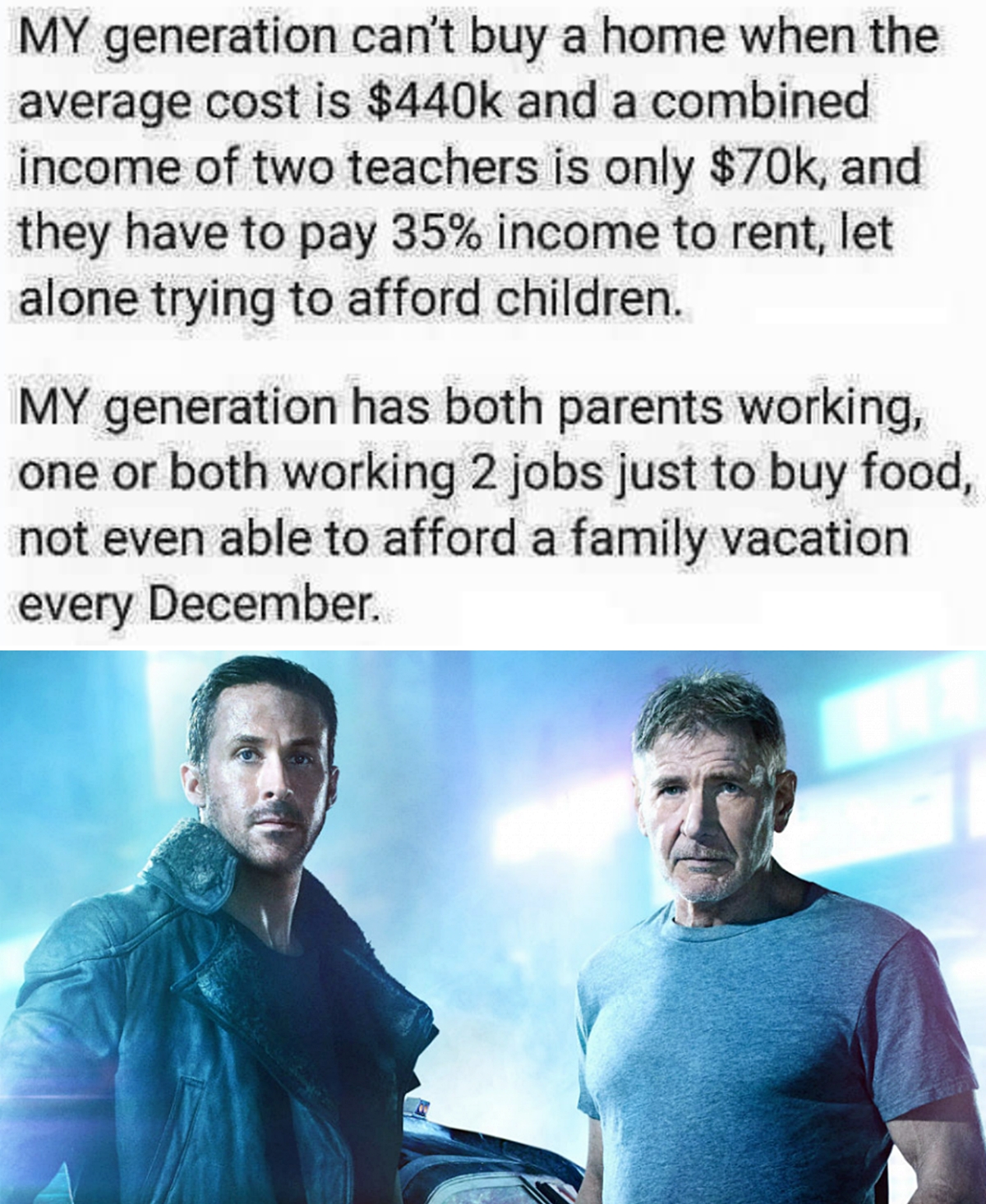 The angry Millennial then goes on to use more capital letters, additional swear words and bad punctuation by asking that we ‘don’t tell me that it’s MY GENERATION that f*cking things up’, before listing a number of ways they believe that we messed things up for them. What do you think about the following claims? 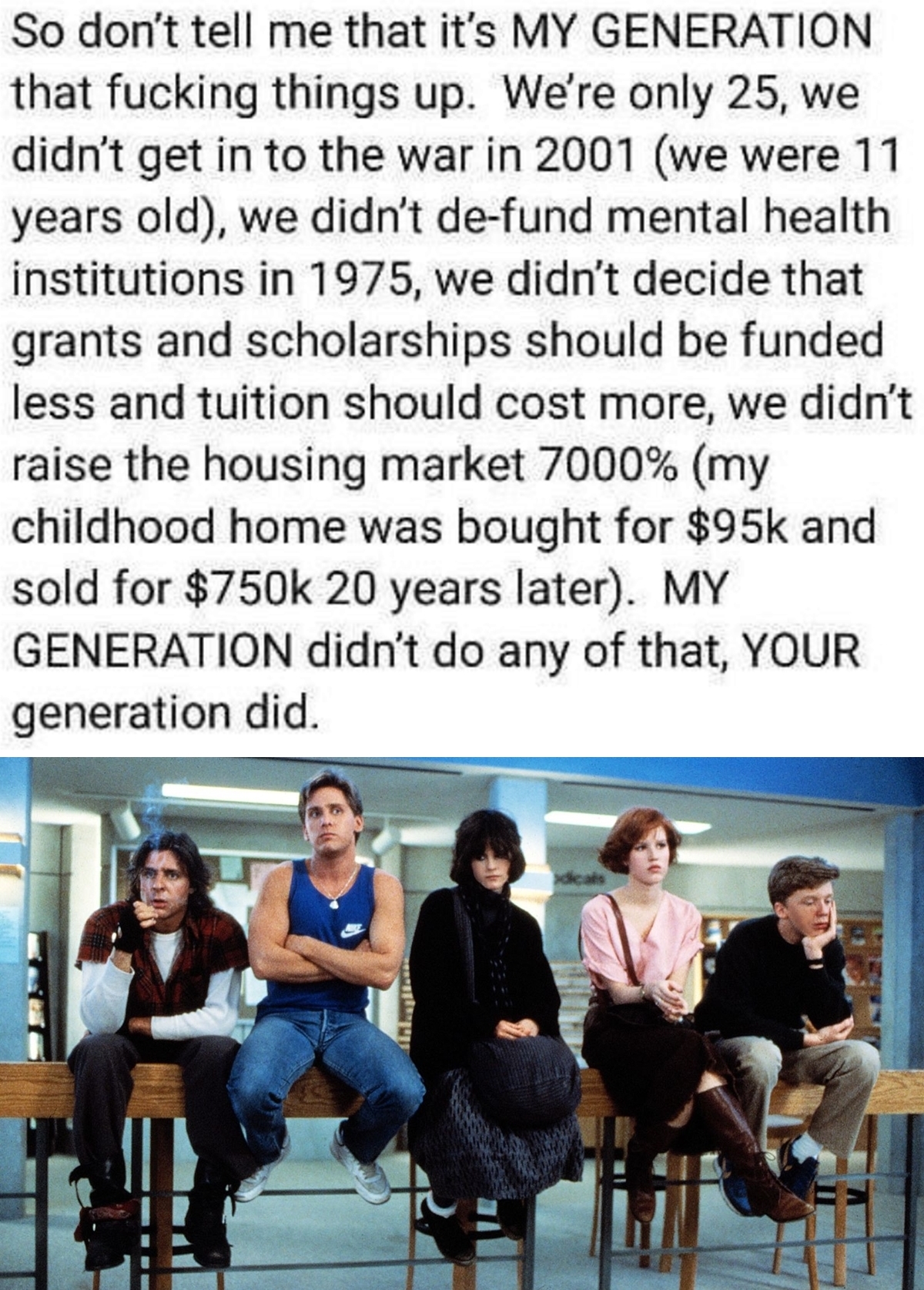 They conclude by saying ‘So don’t tell me I “just” need to “get a better job” or that I “only” have to send my kids to “a good school.” Because it doesn’t work like that anymore. And don’t blame me’

What do you make of this angry millennial’s badly punctuated, CAPITAL LETTER filled rant? Can you see things from their point of view, or do you think they’re talking a load of snowflake-y rubbish? 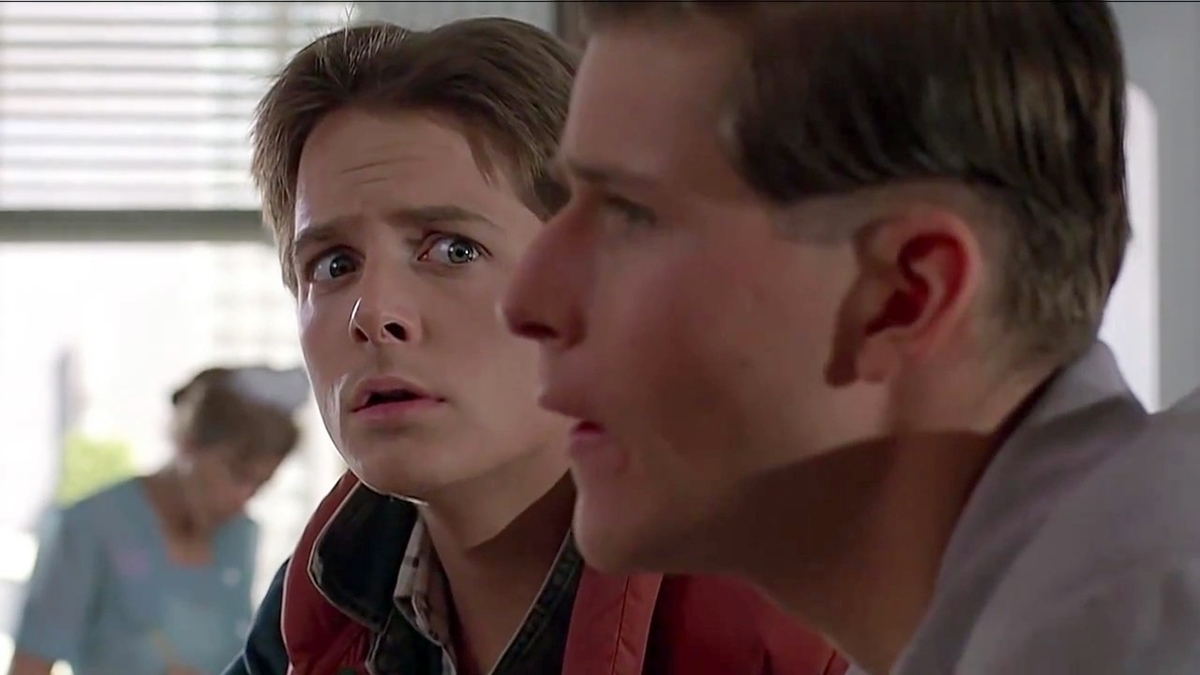 Whatever your view, be sure to share this post with those in your friends and family who were born before 1982, so they too can choose their side, have their say, and exercise their right to respond to this angry Millennial!