10 Amazing Comics That Were Made Into Even Better Cartoons

During the 1980s we absolutely loved purchasing a good comic book from our local newsagent before settling down at home in front of our favourite cartoon, so the occasions when those two worlds collided gave us some of the greatest memories of our entire childhood. Below are 10 absolutely amazing comics that were made into even better cartoons! 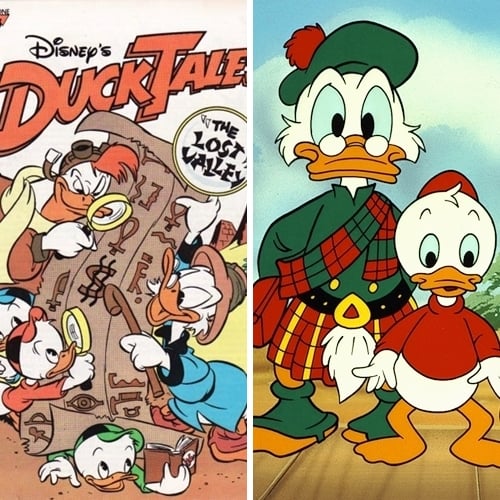 Starting out as a series of comics by the author and illustrator Carl Banks, DuckTales told the globe-trotting tales of Scrooge McDuck and his cheeky grand-nephews Huey, Dewey, and Louie.

The comic may have been great but the cartoon was the stuff of legend, giving us 100 brilliant episodes in the late 1980s before undergoing a successful reboot in 2017. 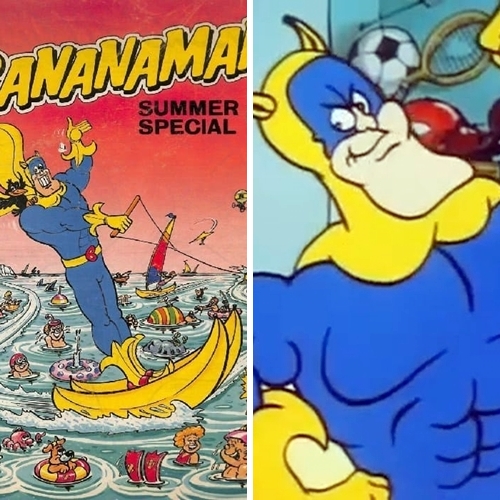 Bananaman made his debut in 1980 as part of the first issue of Nutty, a British comic that was published weekly for five years before merging with The Dandy.

This muscle-bound, banana-powered superhero can still be seen within the pages of The Beano, and many of you will also remember his popular BBC cartoon which ran for 40 episodes between 1983 and 1986. 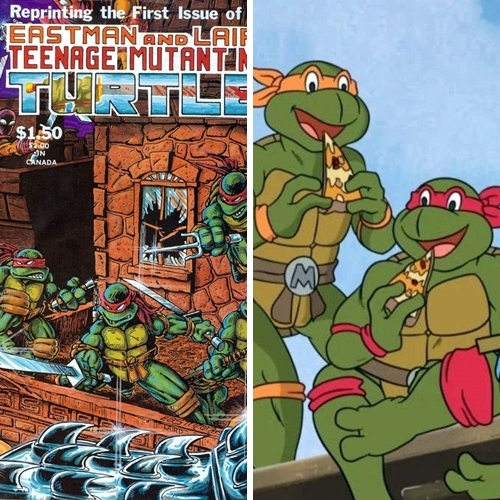 Making their debut in comic books before becoming a true global phenomenon, the Teenage Mutant Ninja Turtles started out as a joke sketch drawn by their co-creator Kevin Eastman.

As well having their own Hollywood movies, video games and action figures, Leonardo, Raphael, Donatello and Michelangelo starred in their own animated series, which if you remember went by the name Teenage Mutant Hero Turtles in the UK and some European countries. 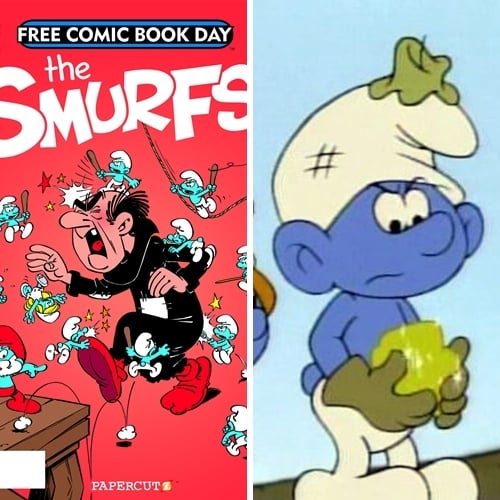 How a colony of tiny blue Belgian creatures ever became so popular we have no idea, but The Smurfs very quickly became instantly recognisable to millions of people across the globe.

They ended up with their own films, dolls and even theme parks, but The Smurfs started out as humble comic characters who were created by the Belgian artist Pierre Culliford during the 1950s. 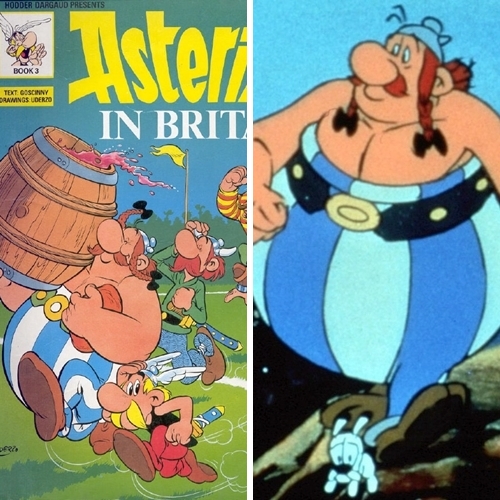 Many of you will remember reading the fantastic Asterix comic books that had titles like Asterix at the Olympic Games and Asterix and the Big Fight, but his adventures were also adapted into 18 animated films.

Our particular favourite was The Twelve Tasks of Asterix, which was the only film about the Gaulish warrior to be based on an original screenplay rather than one of his comic books.

The children’s character King Rollo was an incredibly useless monarch, but that didn’t stop him from being awarded his own 13-episode animated series in 1980.

King Rollo also appeared in a series of books as well as in Buttons, a comic aimed at young children that featured many other popular children’s TV characters of the time such as Postman Pat, Henry’s Cat and Morph.

4. The Adventures of Tintin 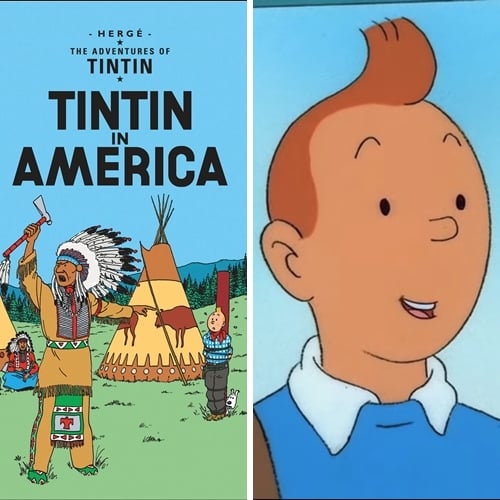 The second franchise on our list to originate from Belgium, The Adventures of Tintin told the story of a spiky haired reporter and his dog and was created by the cartoonist Georges Remi, who published his work under the name Hergé.

Hergé’s books have sold more than 200 million copies across the globe, and The Adventures of Tintin was adapted into two different animated TV shows before Steven Spielberg gave it the Hollywood treatment in his 2011 film.

3. Bucky O’Hare and the Toad Wars 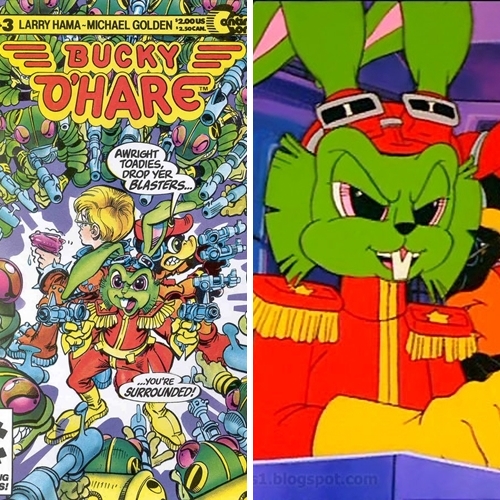 Going where no ordinary rabbit would dare was Bucky O’Hare, who we had no idea originated in his own comic book before he zoomed onto our TV screens.

He starred in the cartoon Bucky O’Hare and the Toad Wars in the early 90s, but this spacefaring bunny made his debut in a 1977 comic book that was created by Larry Hama and Michael Golden. 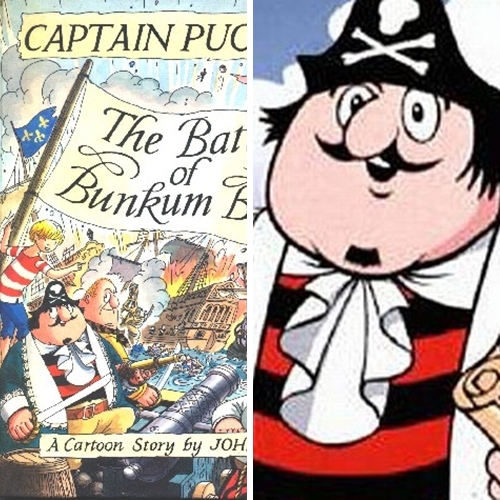 Captain Pugwash the pirate made his debut in a series of books and comics before pillaging his way onto the BBC.

The first version of his programme aired all the way back in 1957 in black and white, but 80s kids may remember watching repeats of the colour remake that was first shown between 1974 and 1975.

1. Spider-Man and His Amazing Friends 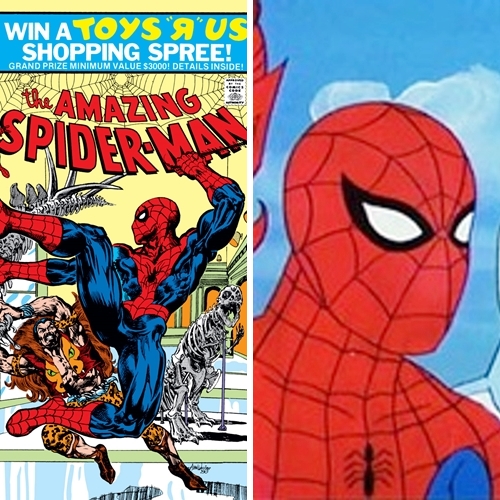 We were lucky enough to be able to watch a number of animated TV shows based on our favourite Marvel comic book characters when we were growing up during the 1980s.

And whilst the likes of Defenders of the Earth, The Incredible Hulk and The New Fantastic Four were great fun, our absolute favourite had to be Spider-Man and His Amazing Friends, which saw the web-slinger team up with his super-powered buddies Iceman and Firestar to battle a number of different super-villains.