The lack of any kind of exciting gift in modern day cereal boxes has definitely reduced the level of anticipation around the family table at breakfast time. Cereals during 80s and 90s gave us a wide variety of fun, useful items which enhanced our play times, taxed our brains, encouraged our musical abilities and even kept us safe out on the roads.

Below are 13 amazing examples that you may have forgotten you even collected. 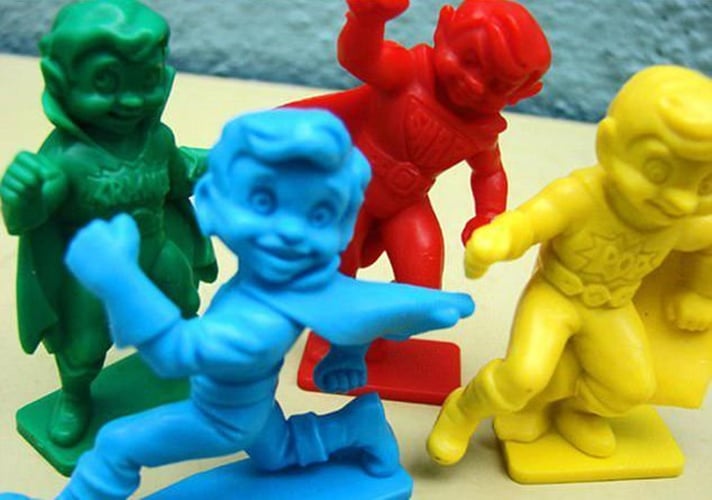 The kind people at Kellogg’s gave us colour coordinated, two inch versions of Snap, Crackle and Pop in their boxes of Rice Krispies, collectibles which proved so popular that many people are still attempting to sell them on auction websites today.

You may also remember completing your collection of Snap, Crackle and Pop pencil toppers, to the envy of every single one of your friends at school. 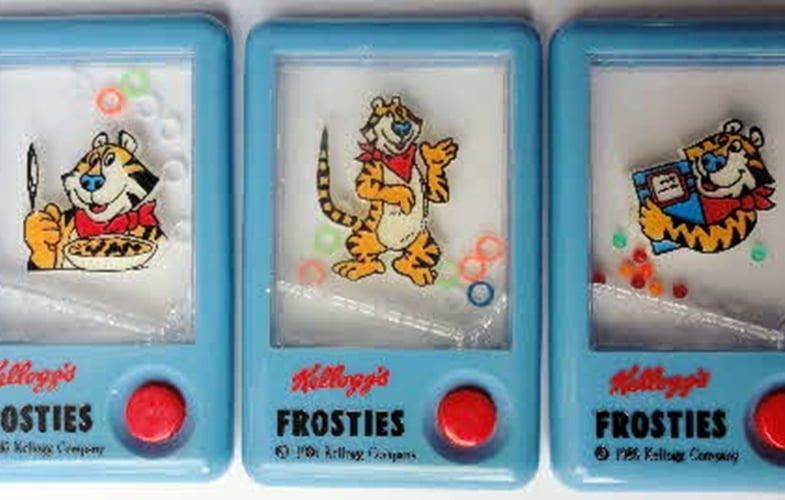 One of our very favourite cereal box freebies were the entertaining but often frustrating water games we could send off for using tokens found on the back of a box of Frosties.

These water games, which could genuinely take hours to master, asked us to shoot unreasonably tiny rings on to Tony the Tiger’s spoon or tail. 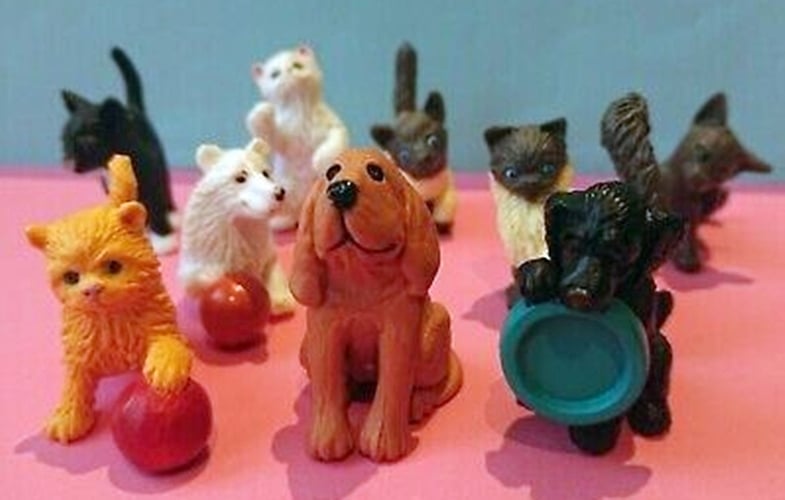 One way to force parents to purchase a particular brand of cereal was to offer tiny, cute, doggy figurines inside the box.

Completing our collection of Puppy in My Pocket toys meant eating copious amounts of Kellogg’s cereal at every available opportunity, but the end result was definitely worth it. 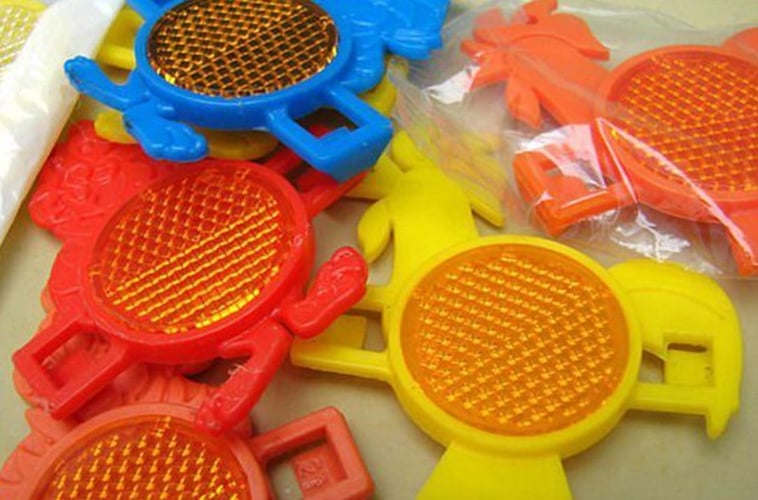 Keeping us safe as well as encouraging us to eat more cereal were Kellogg’s legendary bicycle reflectors, which you clipped onto the spokes of your BMX’s wheels.

These brilliant breakfast free gifts came in the shape of cockerels if you obtained them from a box of Corn Flakes, or Tony the Tiger if you preferred the sugary taste of Frosties. 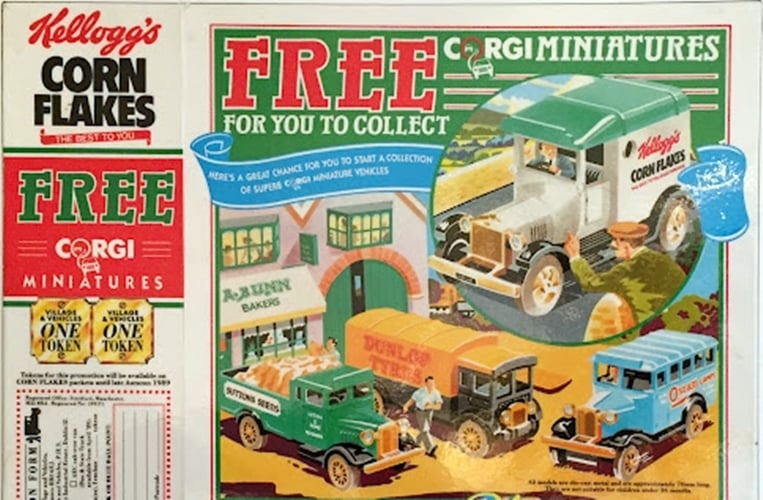 One of the greatest cereal box giveaways of all time were the beautiful Corgi miniature vehicles we were able to collect at the tail end of the 1980s.

They may not have been given away within a packet of Kellogg’s cereal, but if you collected and sent off enough vouchers, one of these brilliantly made vehicles would eventually find its way through your letter box. 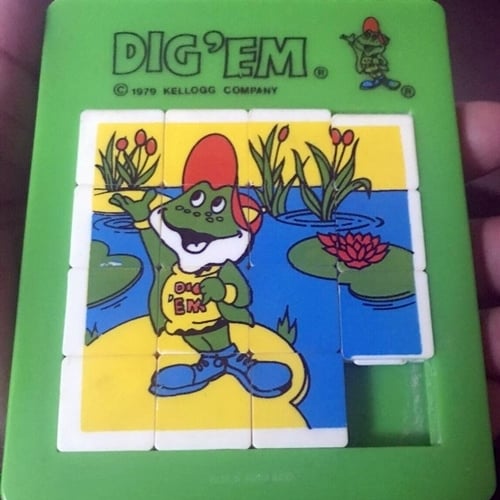 You’ll have to be slightly older to remember the fun sliding puzzles that kept our young brains sharp as we munched on our morning bowl of cereal.

They looked simple, but these deceptively difficult games often threatened to make us late for school, as we desperately tried to slide the muddled picture into the correct order. 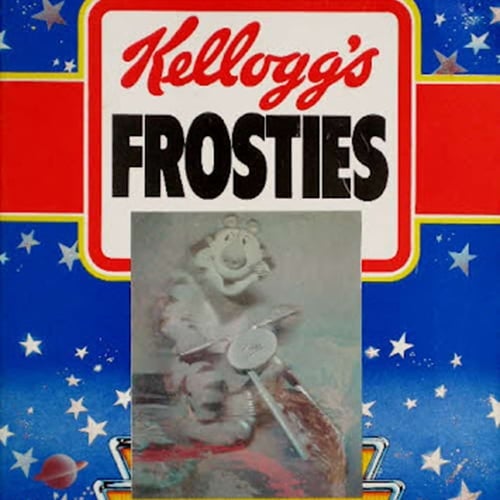 They certainly weren’t something we could play with, but the futuristic holograms that came on the front of limited edition boxes of Frosties kept us entranced for hours.

There were six versions of the Frosties hologram, each of which depicted Tony the Tiger carrying out a different, fun activity. 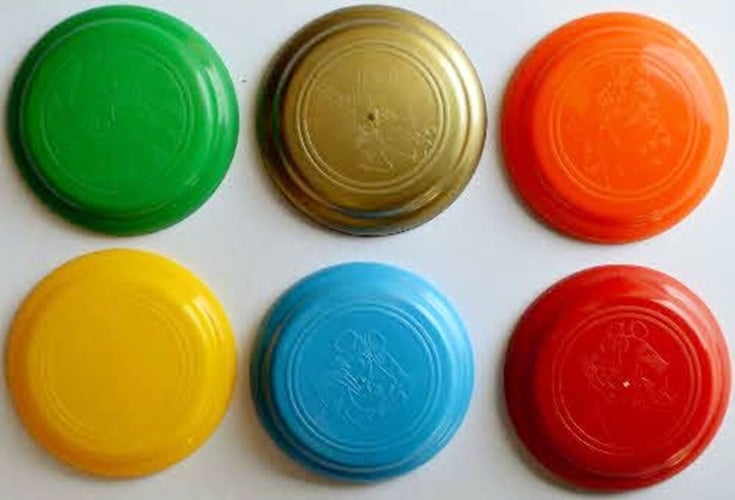 Another Tony the Tiger branded cereal box free gift were the small frisbees that we delighted in launching across our school playground at every available opportunity.

Coming in six different colours, Tony the Tiger Frisbee Flyers looked great, but they weren’t a patch on our Aerobee Sprint ring. 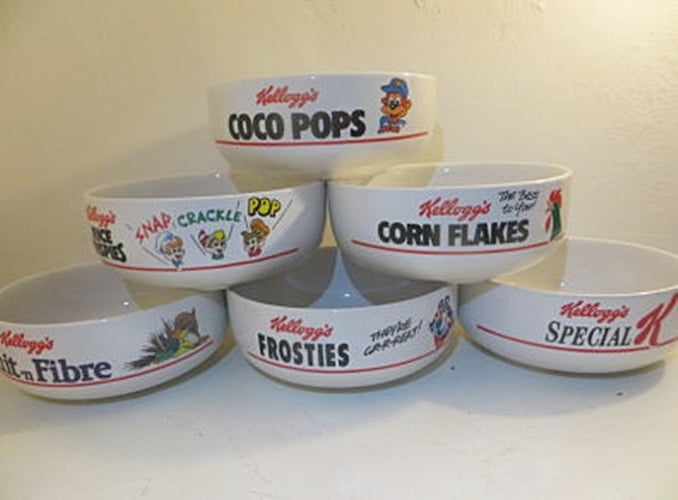 Helping us to make our morning cereal a memorable experience for many years were Kellogg’s legendary branded bowls.

Whilst we usually preferred to eat out of our Rice Krispies or Coco Pops bowls, collecting all six of these legendary giveaways very quickly became something of an obsession. 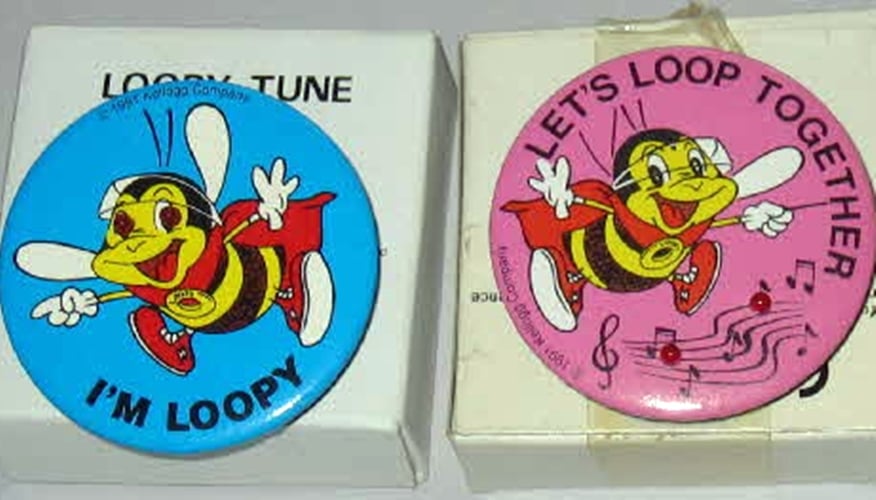 Their TV advert probably contained the catchiest cereal based song of them all, enticing us with the words “Kellogg’s Honey Nut Loops, let’s loop together.”

So it was perhaps fitting that Honey Nut Loops’ most memorable free gift was a light up, musical badge, which we did our best to annoy our parents with whenever we had the chance. 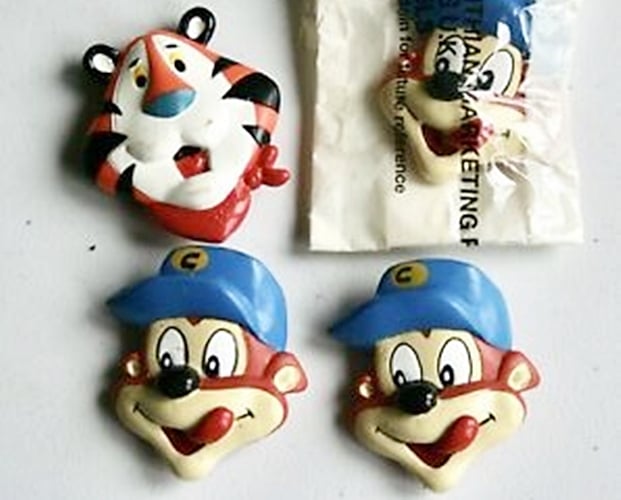 Breakfast could occasionally be a rather drab way to begin our day, so we can be thankful that Kellogg’s saw fit to make our mornings a little bit brighter with their amazing spoon toppers.

We remember these particular cutlery ornaments being given away free within packets of Coco Pops and Frosties. 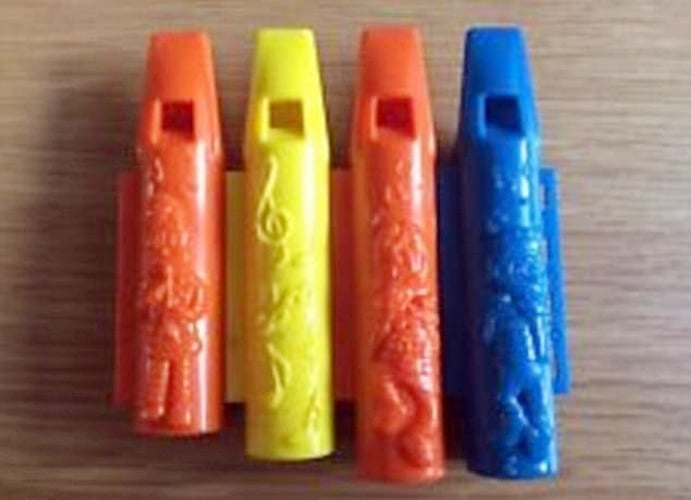 The unhealthily high amount of sugar they contained may have eventually led to Kellogg’s putting an end to their production, but Ricicles are still one of our favourite breakfast cereals of all time.

One of the reasons we remember Ricicles so fondly were the brilliantly annoying mini musical pipes which came free in boxes of these space-based treats during the early 90s. 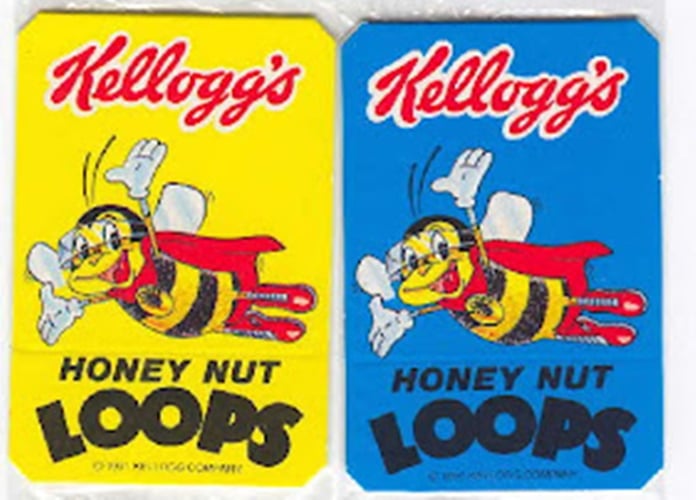 Our childhood bicycles were smothered with many different cereal box freebies, and adding to the reflectors and spokey dokeys were the klakkers that came free within a packet of Honey Nut Loops.

These Kellogg’s branded klakkers made an unreasonably loud noise as we sped down our local street at some ungodly hour on a Sunday morning, but they never failed to put a smile on our face.