When the world’s greatest actor and the comedy star became a couple, all their attempts at disguising it failed. Despite their many years working in Hollywood, Al Pacino and Beverly D’Angelo first met on a flight from LA to New York in 1997, the year he would star in Donnie Brasco and she would reprise her signature role of Ellen Griswold in Vegas Vacation. The press caught on, but the couple chose to keep their romance as private as two Hollywood actors could, and their relationship – as well as the birth of their two twin children – stayed out of the papers.

Everything changed, though, when Pacino and D’Angelo split in early 2003. As a vicious custody battle began, the two stars fought tooth and nail for their children, with Pacino branded as an indifferent and uncaring father, and D’Angelo accused of treating their infant twins as “hostages”. 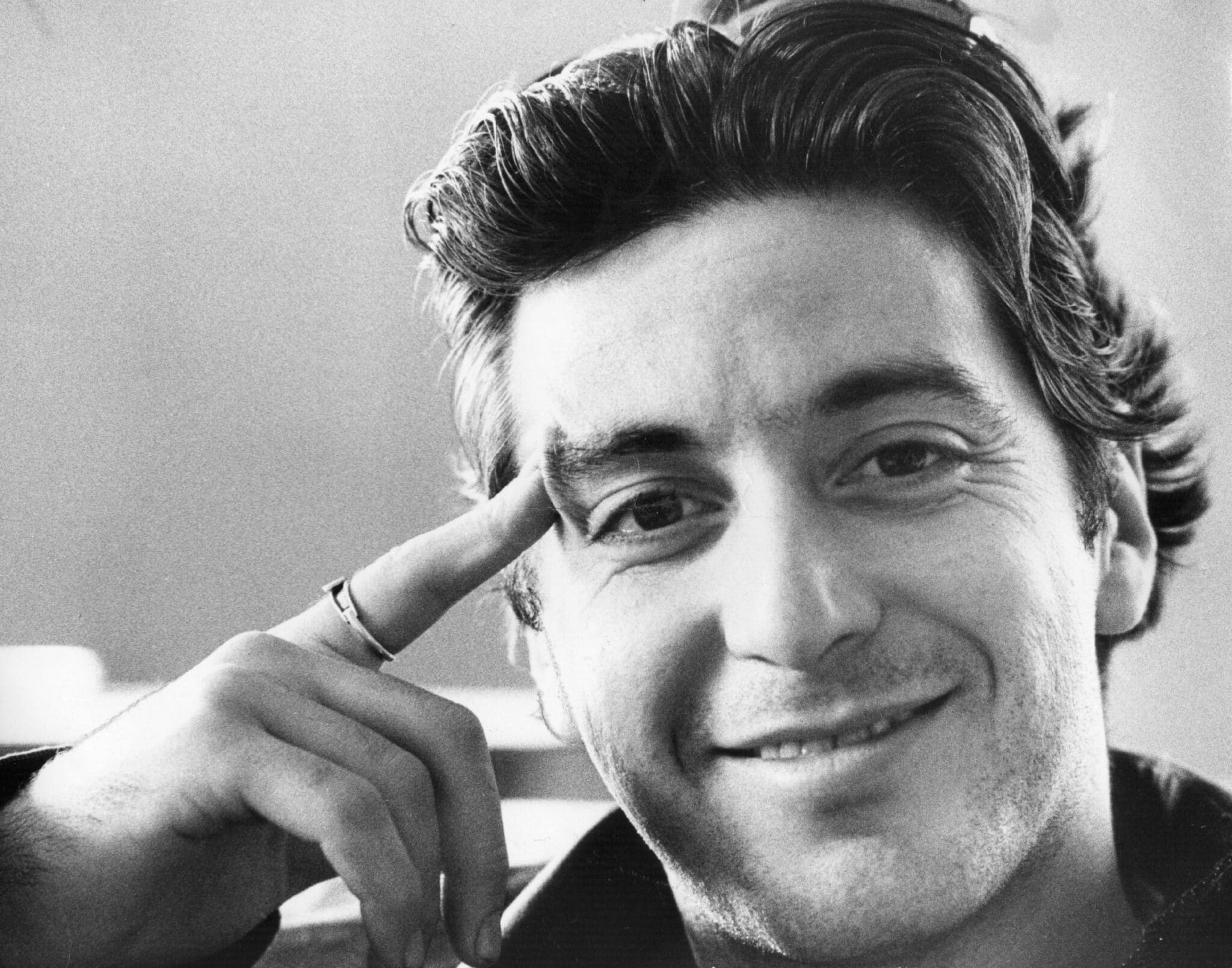 Both Al Pacino and Beverly D’Angelo took unusual routes into stardom. Born in 1940, Al Pacino was raised in New York City by his mother and Italian grandparents after his parents divorced. Dropping out of school and leaving home at the age of 17, Pacino spent several years homeless and penniless in the city as he built experience in his dream career: acting.

Having trained in method acting at the non-profit performing arts studio HB Studio, and following success in the New York theatre, Pacino rose to fame in the role of Michael Corleone in 1972’s The Godfather and its 1974 sequel. Critically acclaimed performances followed in Serpico (1973), Dog Day Afternoon (1975), Scarface (1983) and Glengarry Glen Ross (1992), before Pacino – now considered one of cinema’s great actors – finally won an Academy Award for Scent of a Woman in 1992.

Pacino’s romantic life was no less star-studded than his films. His famous girlfriends in the early years included Jill Clayburgh and Diane Keaton, while with his acting coach Jan Tarrant he had one daughter, Julie Marie Pacino, born in 1989. Pacino was always reluctant to discuss his personal life with the press, however, and he claimed to be something of a recluse. He would spend part of the 1990s living alone with five dogs in the hamlet of Sneden’s Landing, New York. 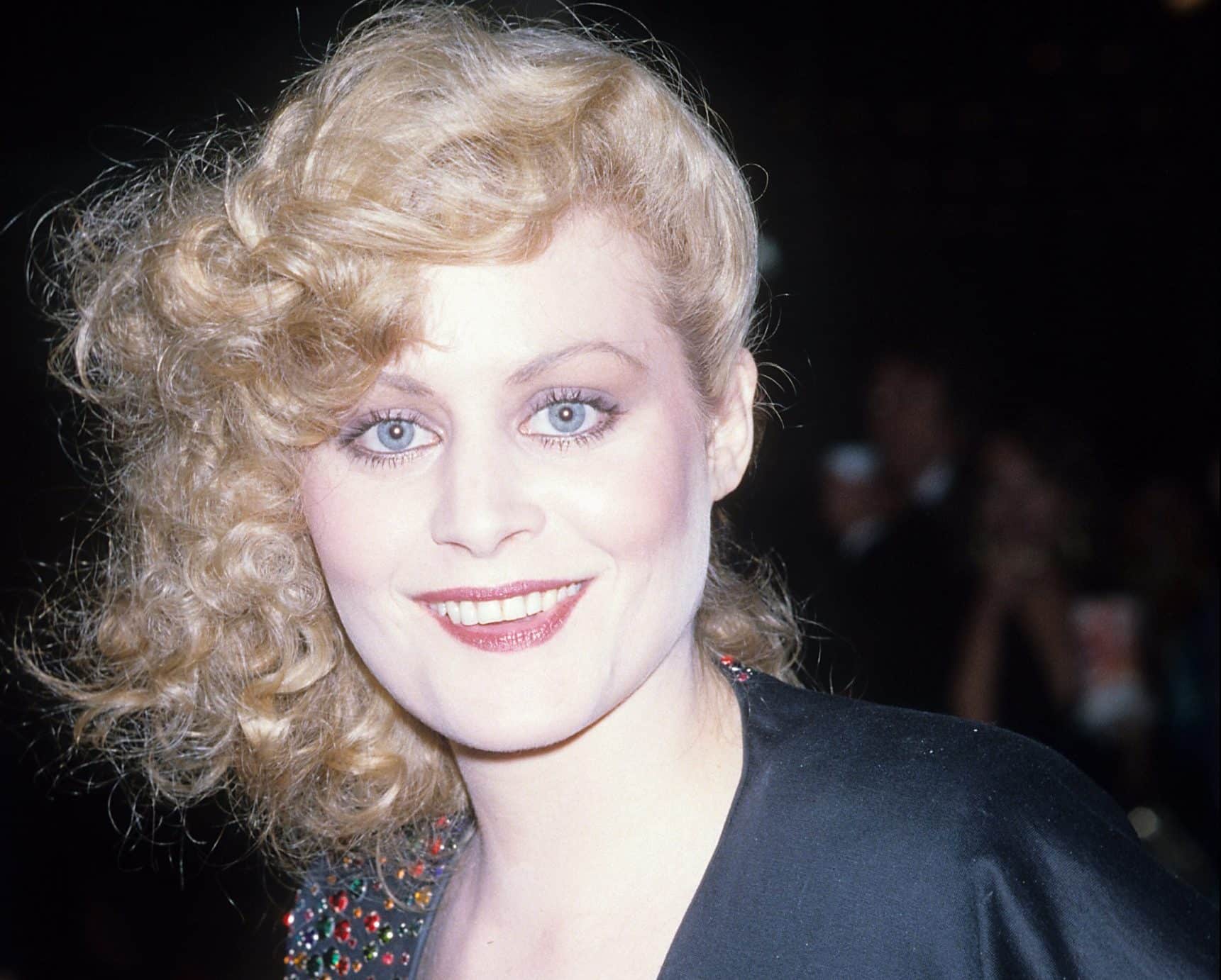 Born in 1951 and raised in Columbus, Ohio, Beverly D’Angelo was one of four siblings raised by violinist mom Priscilla Ruth and TV station manager Gene D’Angelo. Like Pacino, Beverly had Italian grandparents. She tried out several career options in her early life, working as an illustrator for Hanna-Barbera and then becoming a back-up singer for rockabilly band The Hawks.

After appearing on Broadway and the TV show Captains and the Kings, D’Angelo earned a Golden Globe nomination for starring as Patsy Cline in Coal Miner’s Daughter (1980). But she followed this success with an unexpected pivot to comedy, joining Chevy Chase in the 1983 hit National Lampoon’s Vacation.

Colleagues loved D’Angelo’s sense of humour and her style as a character actress, with Michael O’Keefe (her Finders Keepers co-star) describing her as “hilarious”: “She’s completely whacked-out, in the right way.” D’Angelo juggled her Hollywood career with her marriage to Don Lorenzo Salviati, the sole heir of Italian duke Don Forese Salviati. After a 15-year marriage that was reportedly open, the couple split in the 80s and finalised their divorce in 1995. 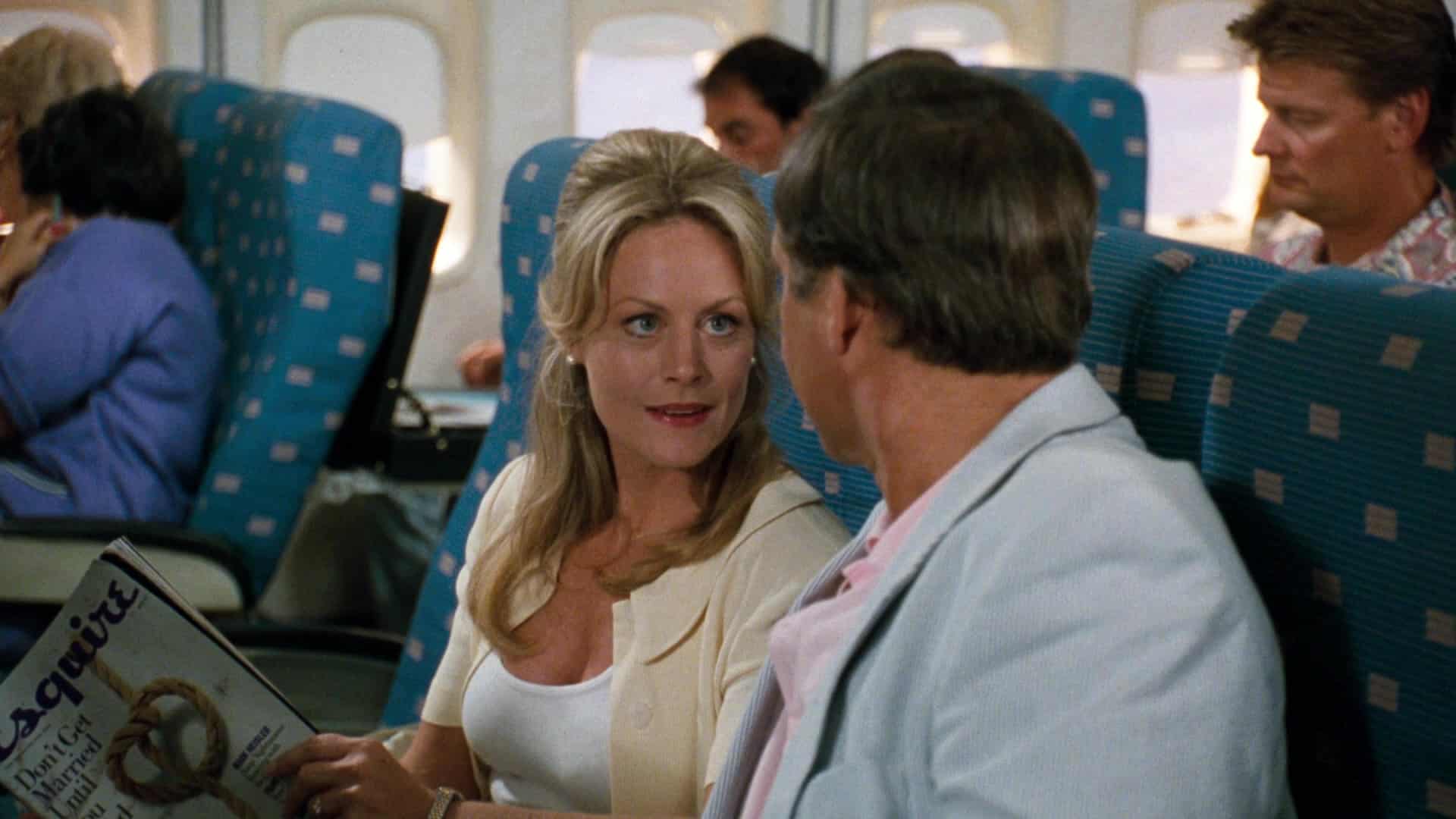 Pacino and D’Angelo first struck up a conversation when they shared a flight from Los Angeles to New York City in 1997. Pacino – with his long history of dating actresses – fell in love fast. The couple kept their first few dates discreet, with Pacino donning a fake beard so they could attend a basketball game unnoticed. This disguise failed, with the media taking notice of the new couple. “So that beard is in the museum of mistakes now,” Pacino later joked.

The relationships escalated quickly. Just three months into dating, Pacino and D’Angelo discussed starting a family of their own. “I had a fantasy that when you have kids, you do it in a family setting,” D’Angelo later told Closer. “After we’d known each other for three months, [Al] looked me in the eyes and said, ‘I want you to be the mother of my children.’ That’s all I had to hear.”

Marriage was never on the cards for the couple, and Pacino never proposed. In fact, Pacino’s disinterest in marriage was what ended his earlier relationship with Diane Keaton. “I hate to say this, but marriage is a state of mind, not a contract,” he has said. “When I think about the law and marriage, I ask myself, when did the cops get involved?” 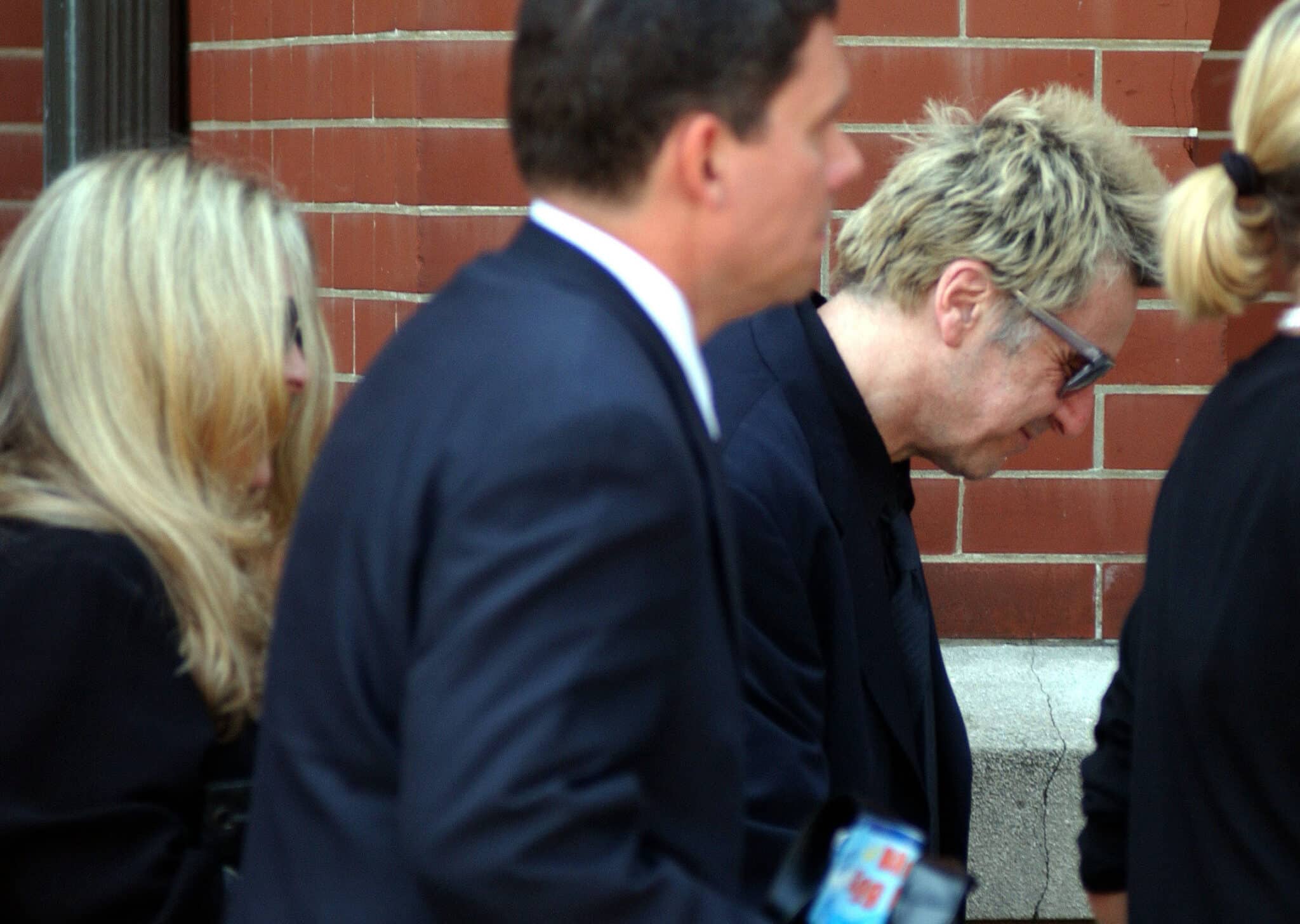 Al Pacino and Beverly D’Angelo, in a rare shot of the two together, in July 2002 (Credit: Getty)

The route to a family was not straightforward for the couple either. After three years of dating Pacino (and avoiding press coverage of their relationship as much as possible), D’Angelo finally became pregnant in 2000 through IVF treatments. She was 48 years old and would give birth six weeks after her 49th birthday. Pacino was 62.

The couple welcomed twins Olivia and Anton on January 25, 2001. D’Angelo reportedly grew to 215 pounds during the difficult pregnancy, which was “life-threatening” according to Buffalo News. This newspaper also reported that one of the twins nearly died after birth.

Pacino, D’Angelo, Olivia and Anton lived together briefly in a property just north of New York City. However, the relationship would end just two years after the twins’ birth, with D’Angelo partly blaming the family’s collapse on the stresses of the pregnancy. “When you focus on getting pregnant, you can lose the perspective that you’re creating a family and a responsibility to a child’s future,” she later elaborated to Closer. 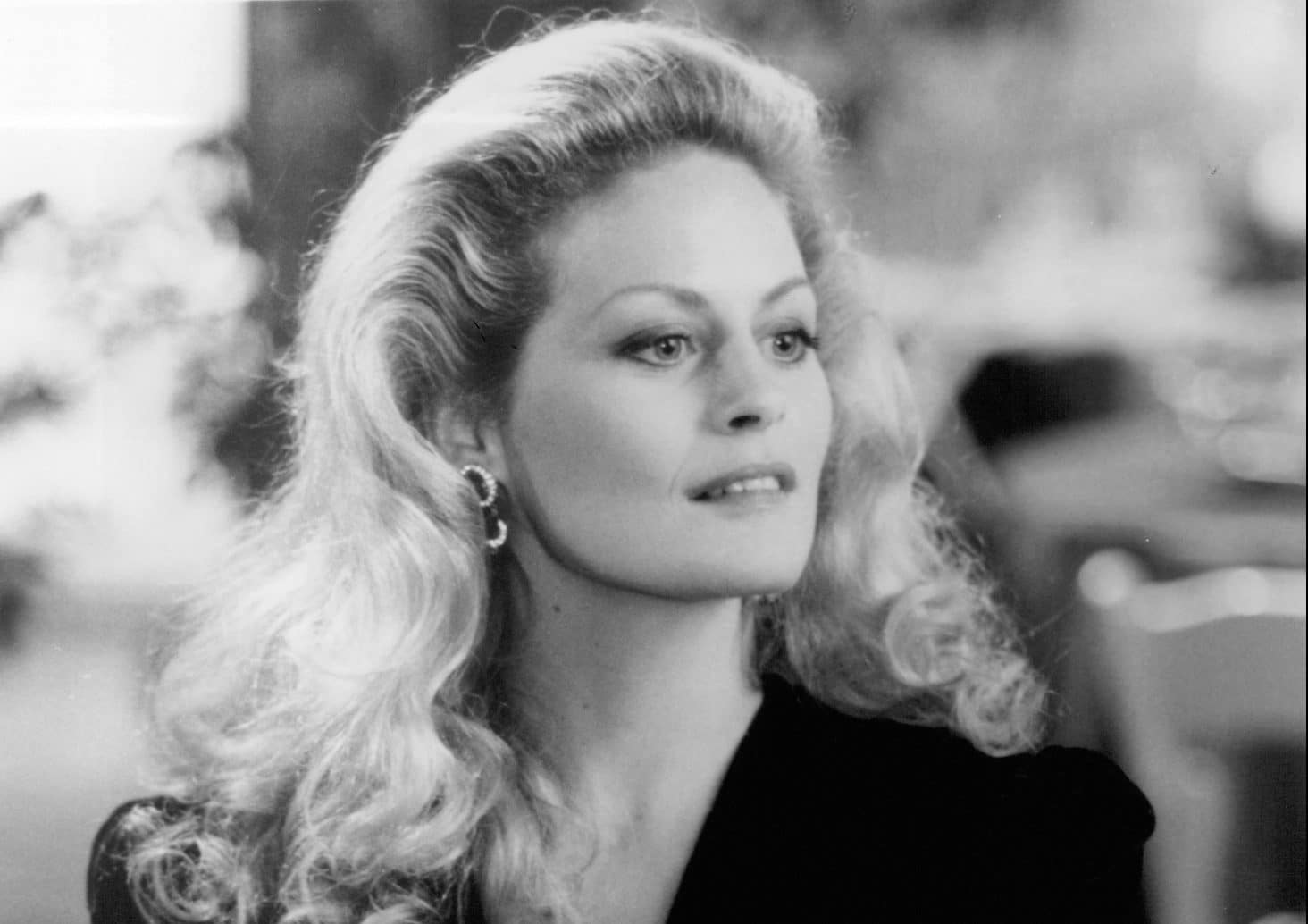 Another major factor in their breakup, according to D’Angelo, was Pacino’s business manager Kenneth Starr. Well-liked by Pacino, Starr could boast a wide range of celebrity clients. Soon after the twins were born, D’Angelo was struggling to afford basics, and so Pacino promised to cover all baby-related expenses. D’Angelo would buy everything and pass the receipts on to Starr.

Unfortunately for D’Angelo, Starr reportedly failed to reimburse her for many of the purchases, leaving her short of cash. She confronted Starr and then Pacino, warning that Starr was mishandling his finances. Pacino denied this and refused to have his accounts audited.

(When D’Angelo and Pacino broke up, D’Angelo felt that Starr was happy to push her out of the actor’s life. Less than a decade later, Starr was arrested and imprisoned for embezzling his clients’ money. Pacino was among his victims, said to have lost millions of dollars.)

In March 2002, Pacino and D’Angelo’s house in Rockland County, New York burned down, with the couple, their friends and the twins evacuating safely. The notoriously private couple would break up within the next few months, and D’Angelo moved into a Manhattan apartment with the twins. Pacino paid $18,000 a month for her rent, as well as $35,000 per month for childcare. But Pacino wouldn’t be satisfied with the amount of time he could spend with the children – and so the real trouble began. 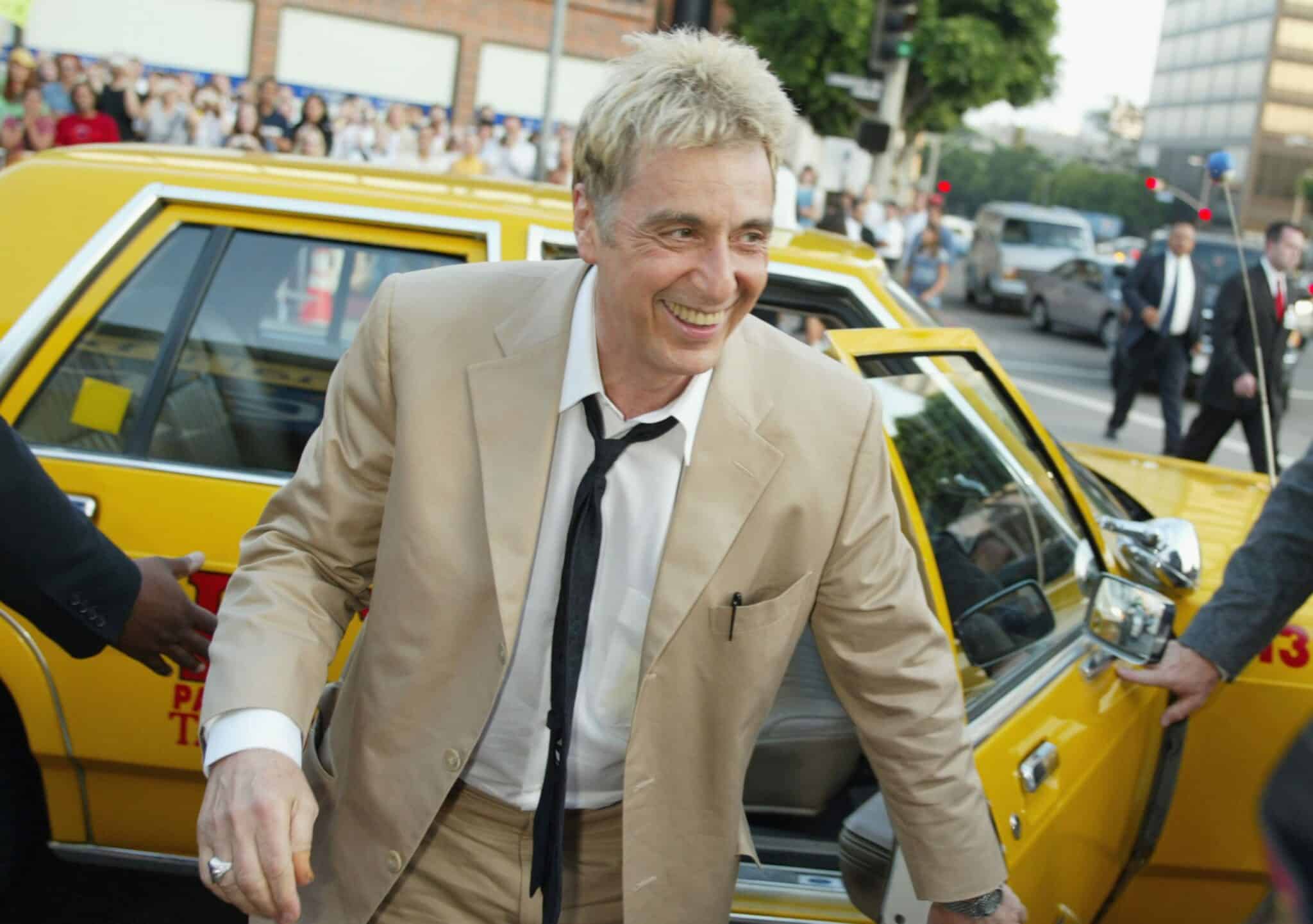 In January 2003, in a rare personal moment, Pacino discussed his children with reporters at the Sundance Film Festival, stating: “I’m actively involved with my kids. Yeah, I live with them and see them all the time.”

Pacino would, however, file a lawsuit in Manhattan Family Court on January 23rd, just before the twins’ second birthday, in which he asked for greater custody and visitation rights from D’Angelo. A bitter custody battle ensued later in 2003, with each side accusing the other of cruel tactics.

D’Angelo’s spokesperson said that Pacino was “a controlling, harassing man who has never changed a single diaper.” Pacino reportedly refused to follow the court’s visitation schedule. At the worst points of their breakup, he would only communicate with D’Angelo through a lawyer or psychiatrist. “I’m absolutely heartbroken and devastated that my children have been abandoned by their father,” D’Angelo told the New York Post at the time. 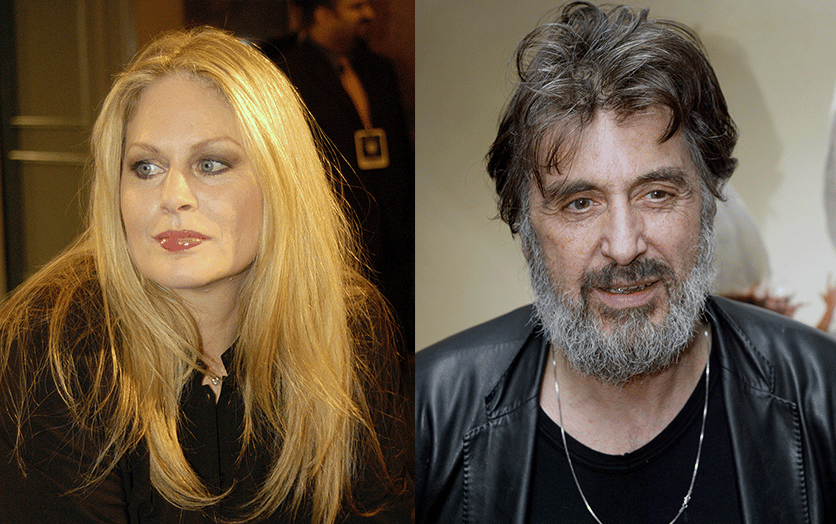 Meanwhile, Pacino’s team accused D’Angelo of controlling and manipulative behaviour. “Beverly continues to use the kids in a way that almost makes them hostages,” Pacino’s lawyer Martin Wasser would say. “We sometimes joke that we are dealing with a baby rental company. For every extra hour Al wants to spend with the children, she wants to be paid more money.”

A joint custody agreement was eventually reached, but the details were never released to the public. With the court case passed, D’Angelo made amends with Pacino, later reflecting: “The key thing is creating a new history, and moving on from whatever dissolved that relationship to the new one of co-parenting.”

“The most important thing I’ve learned is how vital acceptance is,” she elaborated. “We all have a desire to change things that we don’t like, but you can’t change another person. You have to accept differences and all the things that led to a breakup in a way that allows you to move forward. And out of my support system and people I know and love, I’ve created the ideal partner.” 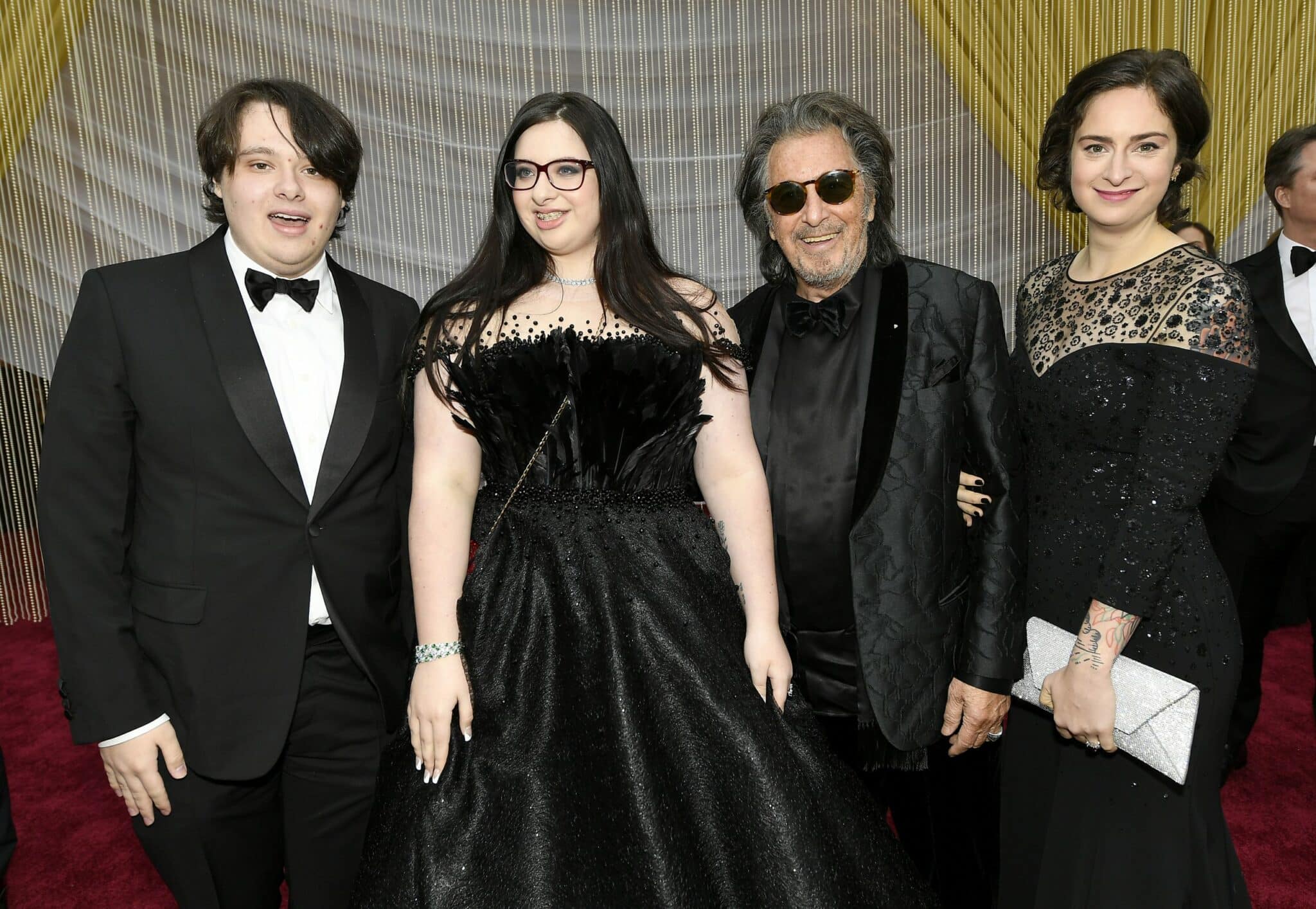 Pacino and D’Angelo managed to raise their children out of the glare of the press. For a while, their daughter Olivia became a Twitch streamer, often playing Call Of Duty: Modern Warfare. In 2008, Al began a ten-year relationship with Argentine actress Lucila Polak, 36 years his junior. He then spent two years in a relationship with Israeli actress Meital Dohan, 39 years his junior.

Pacino and Dohan broke up in 2021, with Dohan commenting: “I tried to deny it, but now he is already an elderly man, to be honest. So even with all my love, it didn’t last.” Pacino has never married or had more children. 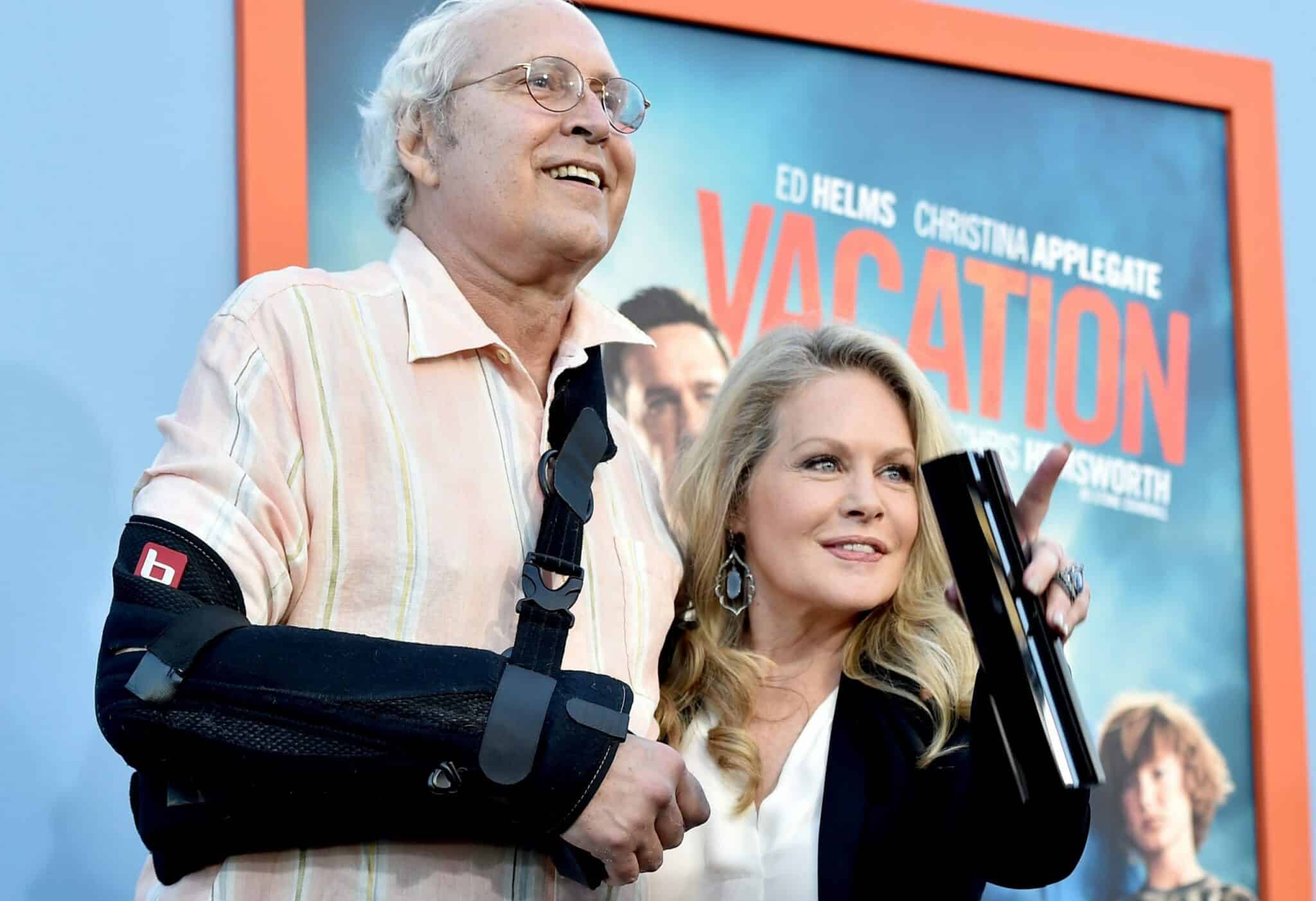 D’Angelo has remained private about her dating life since Pacino, with whom she remains on good terms. In a 2018 interview, she spoke flatteringly on Pacino’s talent as an actor and reflected, “I loved him very much at the time.” She mentioned how, on her first blind date after their breakup, she met a real estate expert who was also an aspiring actor, and he keenly performed a monologue for her: it was Pacino’s speech from Glengarry Glen Ross.