10 Adults Who Played Children In Films And TV

The ‘playing age’ of an actor can often be a tricky thing. It’s inevitable that on occasion, performers may be asked to portray a character whose age is different from their own, so there are no shortage of movies set in school featuring actors who are well beyond school age. Sure, a few years difference here and there is nothing to make a big deal about, but some of these actor-to-character age gaps take things just a little too far… 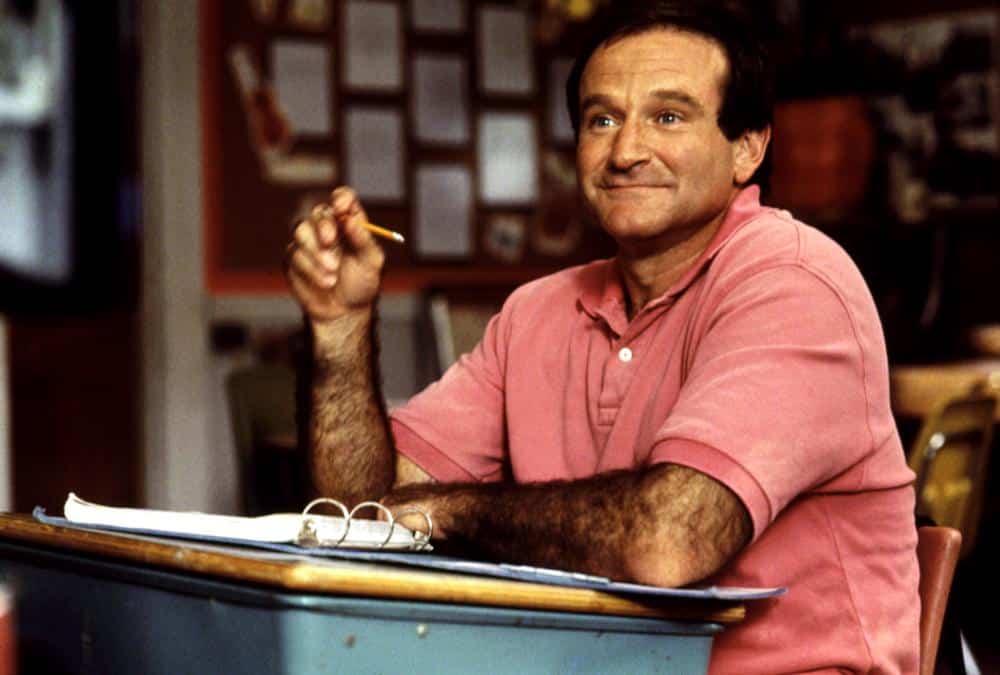 Perhaps we’re being just a tiny bit unfair listing this one. The 1996 comedy drama Jack (directed, believe it or not, by esteemed film legend Francis Ford Coppola) casts Robin Williams as the titular Jack Powell, a ten-year-old boy with a rare genetic disorder which rapidly increases his ageing.

Williams was 45 when he took the role of the ten-year-old Jack, and the film proved to be a widely derided box office flop. 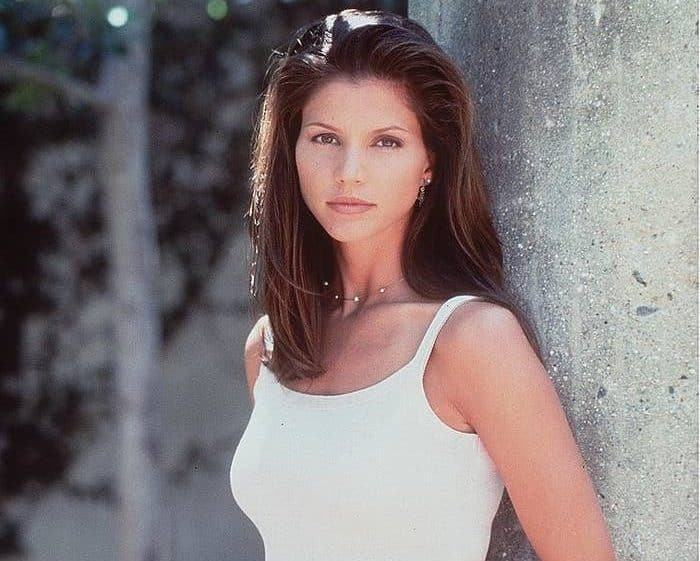 Buffy the Vampire Slayer was one of the most celebrated TV shows of the 90s, blending horror tropes with sardonic wit and adolescent angst. Not that the cast were all adolescents: on her debut in the role of 16-year-old popular girl Cordelia, Charisma Carpenter was 27.

Carpenter starred in the first three seasons of Buffy before moving to spin-off show Angel. Sadly, the legacy of both shows has since been tainted by reports of creator Joss Whedon’s abusive behaviour, which Carpenter herself reportedly endured a great deal of. 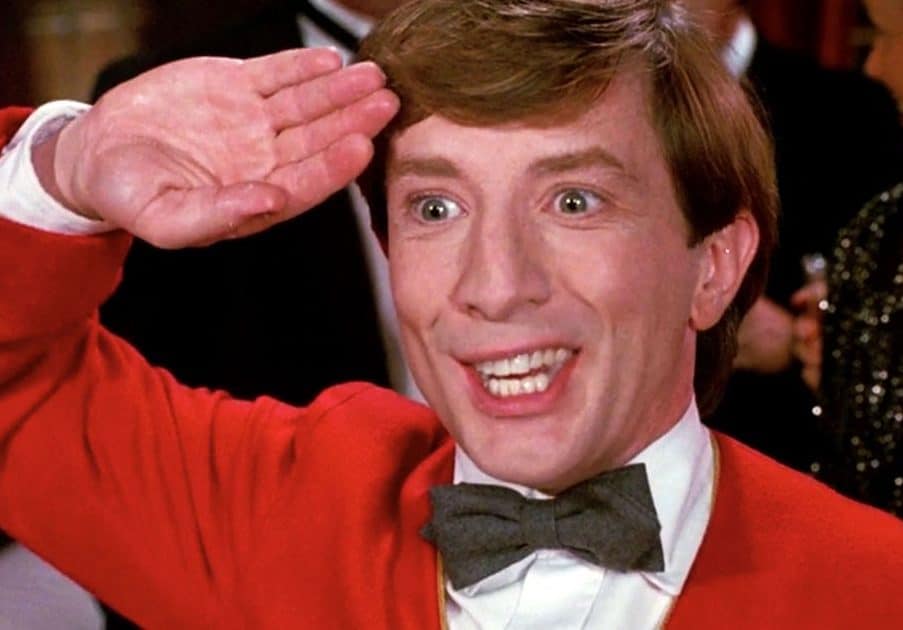 Martin Short may have always had a boyish charm, but he was really pushing it in black comedy Clifford. The film casts the then-40-year-old actor as a mischievous ten-year-old who wreaks havoc on his uncle, played by Charles Grodin.

As with Robin Williams in Jack, the fact that Short is clearly older than his character is part of the joke. However, given that Clifford was made in 1990 but didn’t wind up being released until 1994 gives a good indication of how funny the studio thought it was – and sure enough, the film bombed hard.

7. Darren Barnet – Paxton Hall-Yoshida on Never Have I Ever 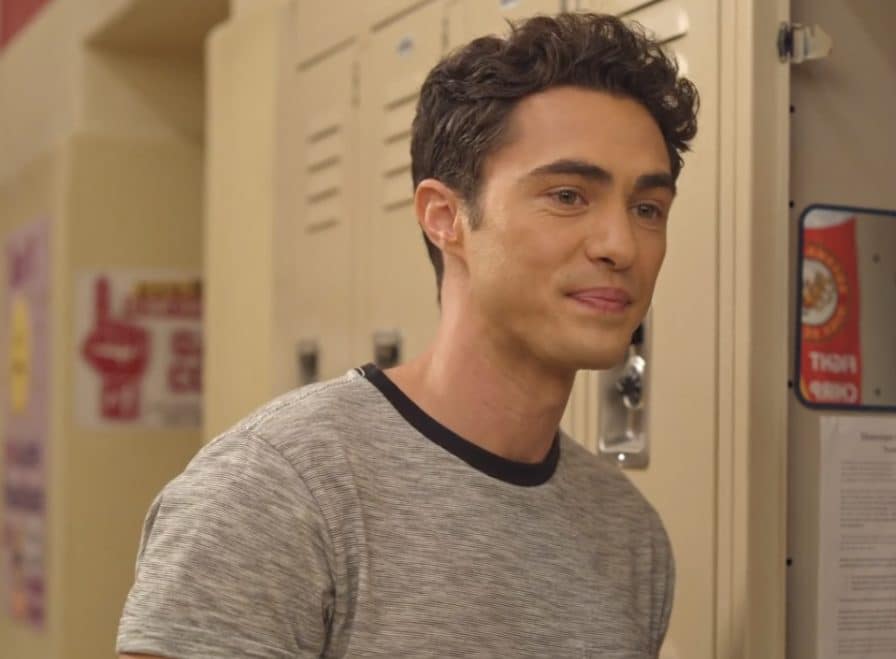 In recent years, film and TV producers have tended to make more of an effort toward age-appropriate casting, but older actors still wind up playing younger characters here and there. Case in point: Darren Barnet on Netflix teen comedy drama series Never Have I Ever.

Barnet plays Paxton, the 16-year-old crush and eventual love interest of Maitreyi Ramakrishnan’s lead character Devi Vishwakumar. However, whilst Ramakrishan is closer to her character’s age (19 playing 15 when the show begins), Barnet was 29 during the show’s first season. 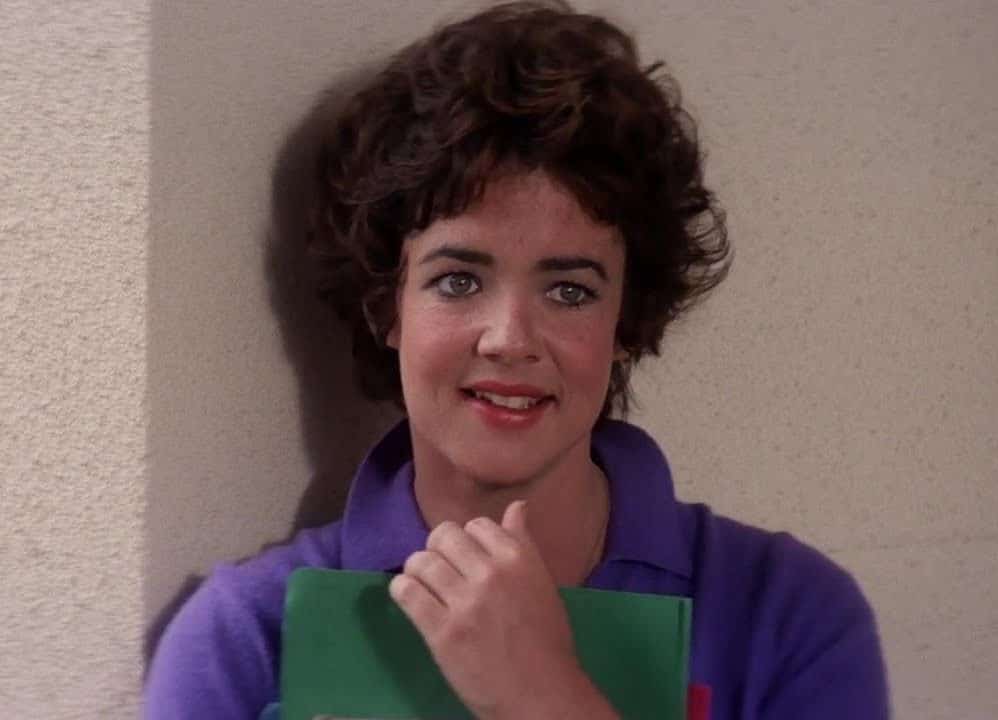 Any time talk turns to teen movies featuring actors who were way beyond their teenage years, it isn’t long before Grease gets a mention. Almost every actor who appears in the 1978 musical classic was around a decade older than their high school senior character.

The oldest of them all, though, was Stockard Channing, who took the role of the brassy 18-year-old Rizzo when she was 34. 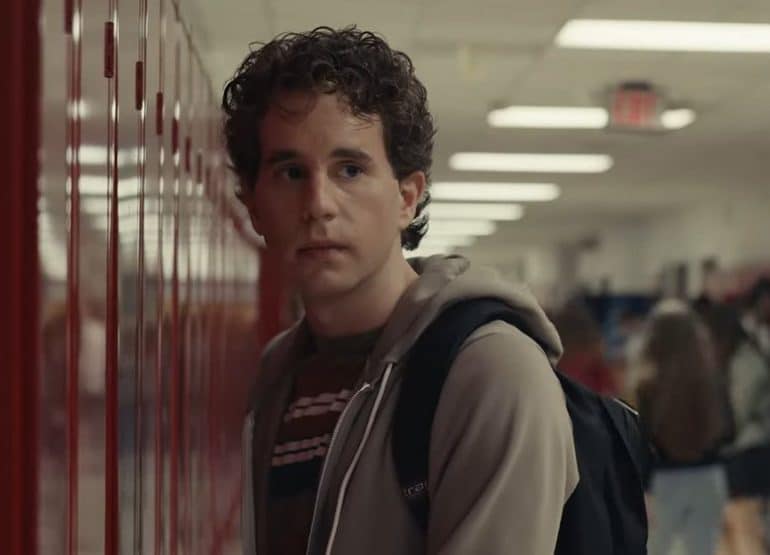 When singer and actor Ben Platt debuted in the title role of stage musical Dear Evan Hansen, he was 22 playing a bullied 17-year-old mistaken for the best friend of a classmate who commits suicide. On stage, both the play and the actor earned widespread acclaim.

However, by the time Platt reprised the role in the 2021 big screen adaptation of Dear Evan Hansen, he was 27, something only accentuated by the decision to cake him in unconvincing ‘youth’ makeup. The film was blasted by critics, with most reviews emphasising that Platt looked far too old for high school. 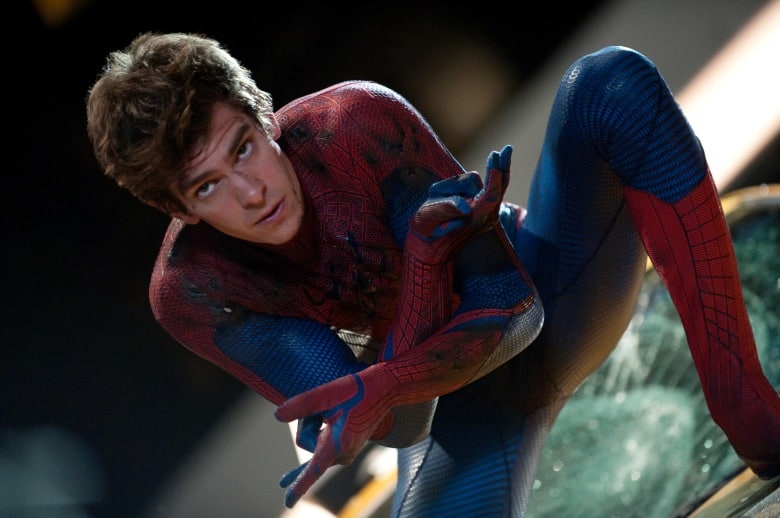 He may have ‘Man’ in his name, but Marvel’s web-slinging crimefighter has always been the eternal teenager of superheroes. This was still the case on 2012 reboot The Amazing Spider-Man, which saw Andrew Garfield inherit the role.

The film may have been intended as a more teen-friendly take on the character, but Garfield himself was certainly no teenager when he played the 18-year-old Peter Parker. Shortly after the film was released, the actor turned 29. 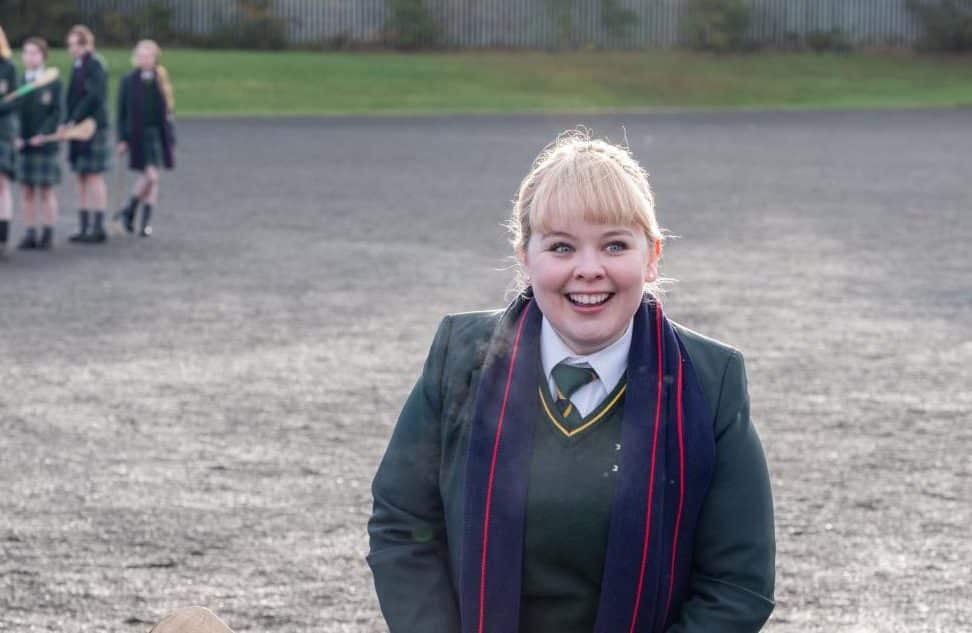 Set in Derry, Ireland in the 1990s, British teen comedy Derry Girls centres on a group of female friends and schoolmates growing up against the backdrop of the political turmoil of the time. However, most of the cast are somewhat older than the teens they portray.

Most significantly, Nicola Coughlan – whose character Clare was 15 in the first season – was in fact 29 when Derry Girls began. 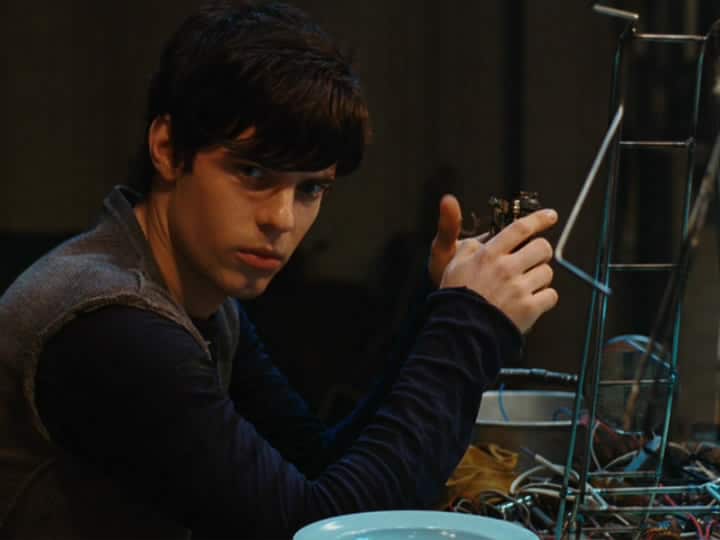 2008 family adventure film City of Ember is adapted from Jeanne DuPrau’s novel of the same name, which centres on two 12-year-olds living in a mysterious underground city. At 14, Saoirse Ronan wasn’t far off the age of her character Lina Mayfleet.

However, Harry Treadaway was significantly older than his character of Doon Harrow; the actor was in fact 24 at the time of filming. 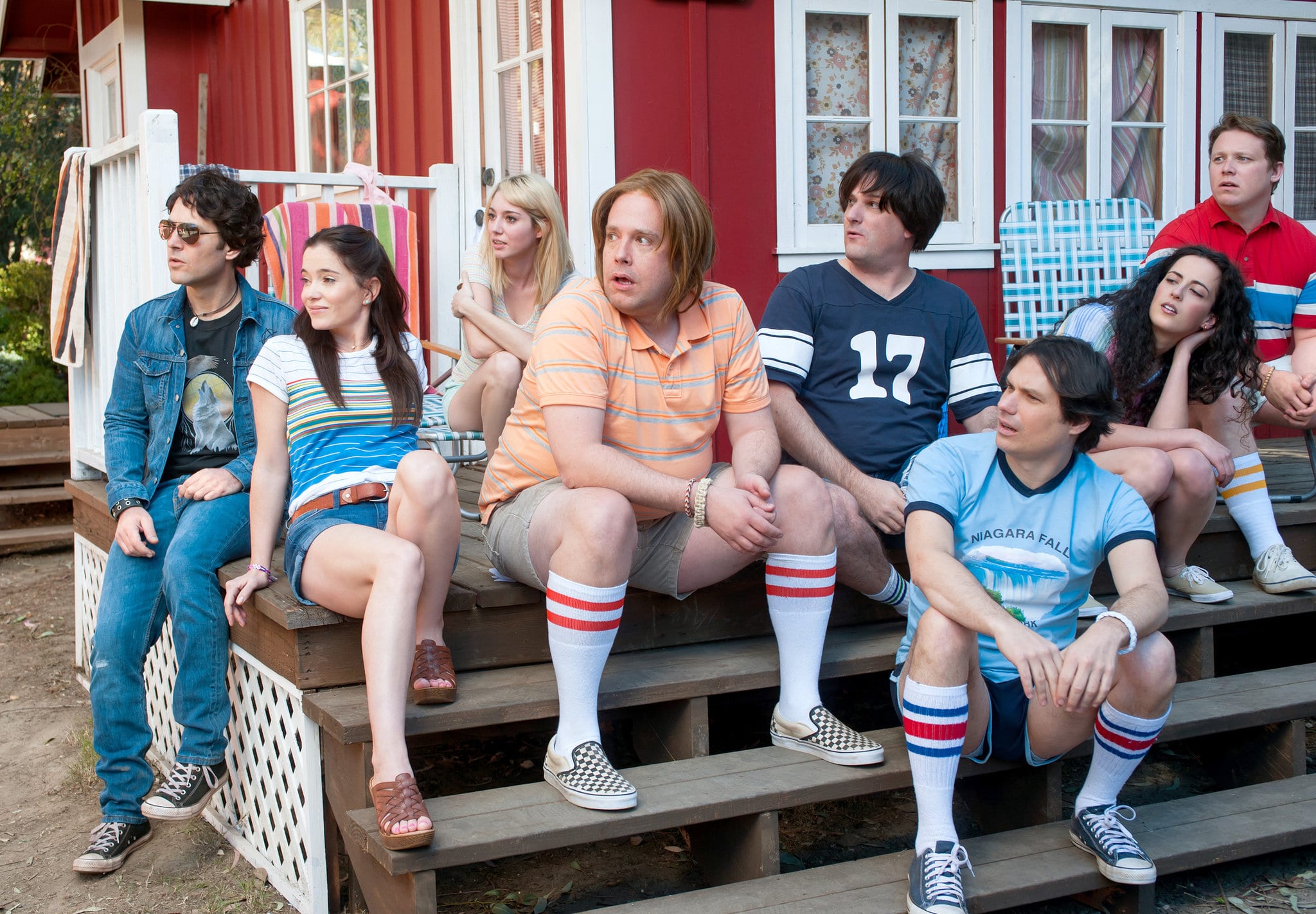 To cite just a few examples: Paul Rudd was 46, Bradley Cooper was 40, Elizabeth Banks was 41, and Amy Poehler was 44. Of course, this was all part of the joke in a series even more surreal than the movie.