Actors Who Turned Down Huge Roles For Terrible Films

Once you’re a big star in Hollywood, they say you’ve got your pick of all the great roles. Unfortunately, history has proven that even the biggest stars sometimes have a little trouble predicting what’s going to be a hit and what’s going to be a flop. Here are just some examples of actors turning down really great movies, and opting instead to do films they definitely came to regret.

10. Will Smith turned down The Matrix for Wild Wild West 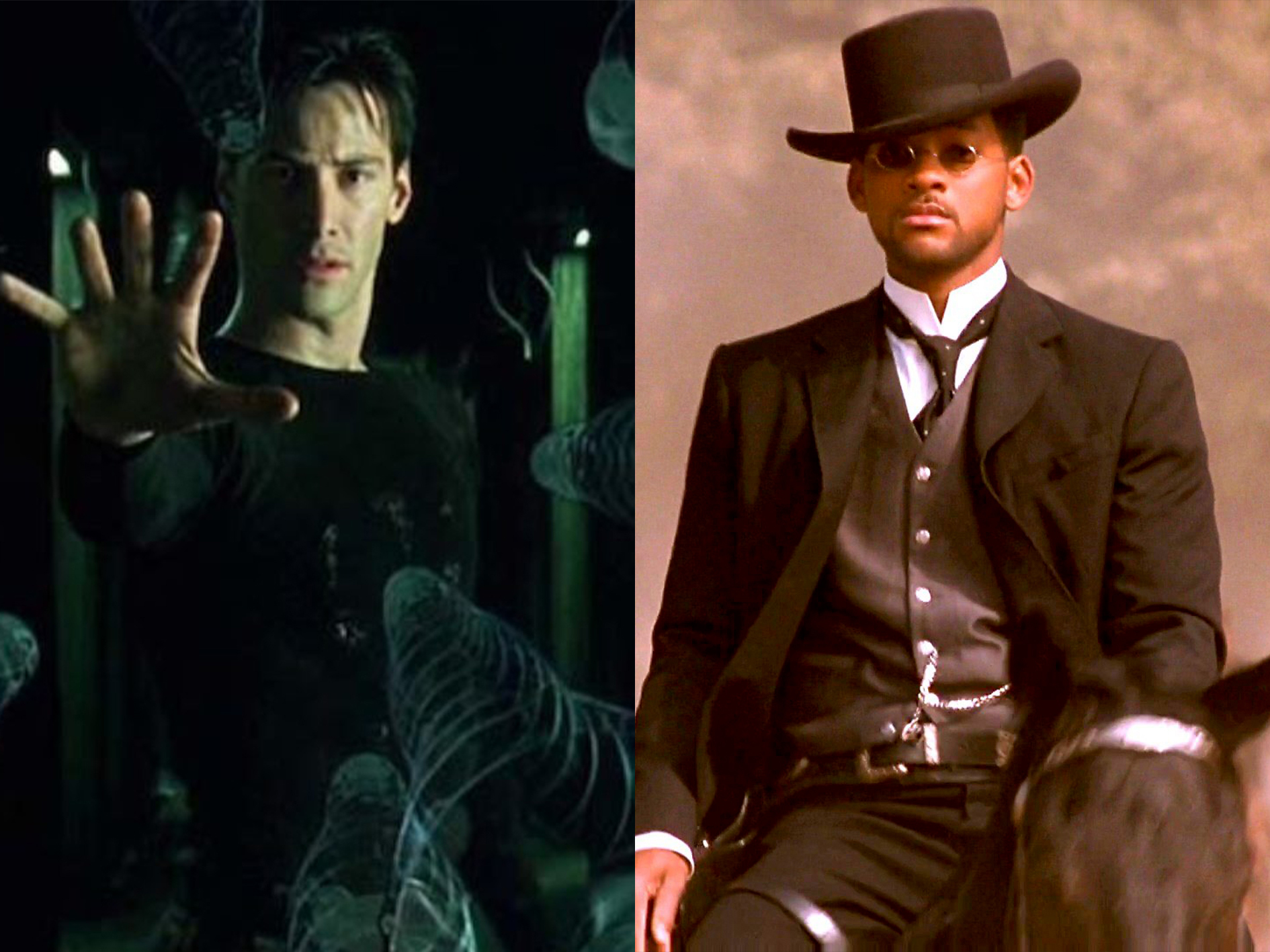 Before Keanu Reeves was cast as Thomas Anderson/Neo in the Wachowskis’ groundbreaking 1999 sci-fi action smash The Matrix, a number of other big name stars were considered for the role. These included Brad Pitt, Nicolas Cage, Val Kilmer, Sandra Bullock (yes, really) and a certain Will Smith, who passed on the role to instead make blockbuster misfire Wild Wild West.

Smith has long since admitted that turning down Neo to play Jim West was one of his biggest career mistakes, but he has also said that he wouldn’t have done as good a job in the role as Keanu Reeves did.

9. Sylvester Stallone turned down Romancing the Stone for Rhinestone 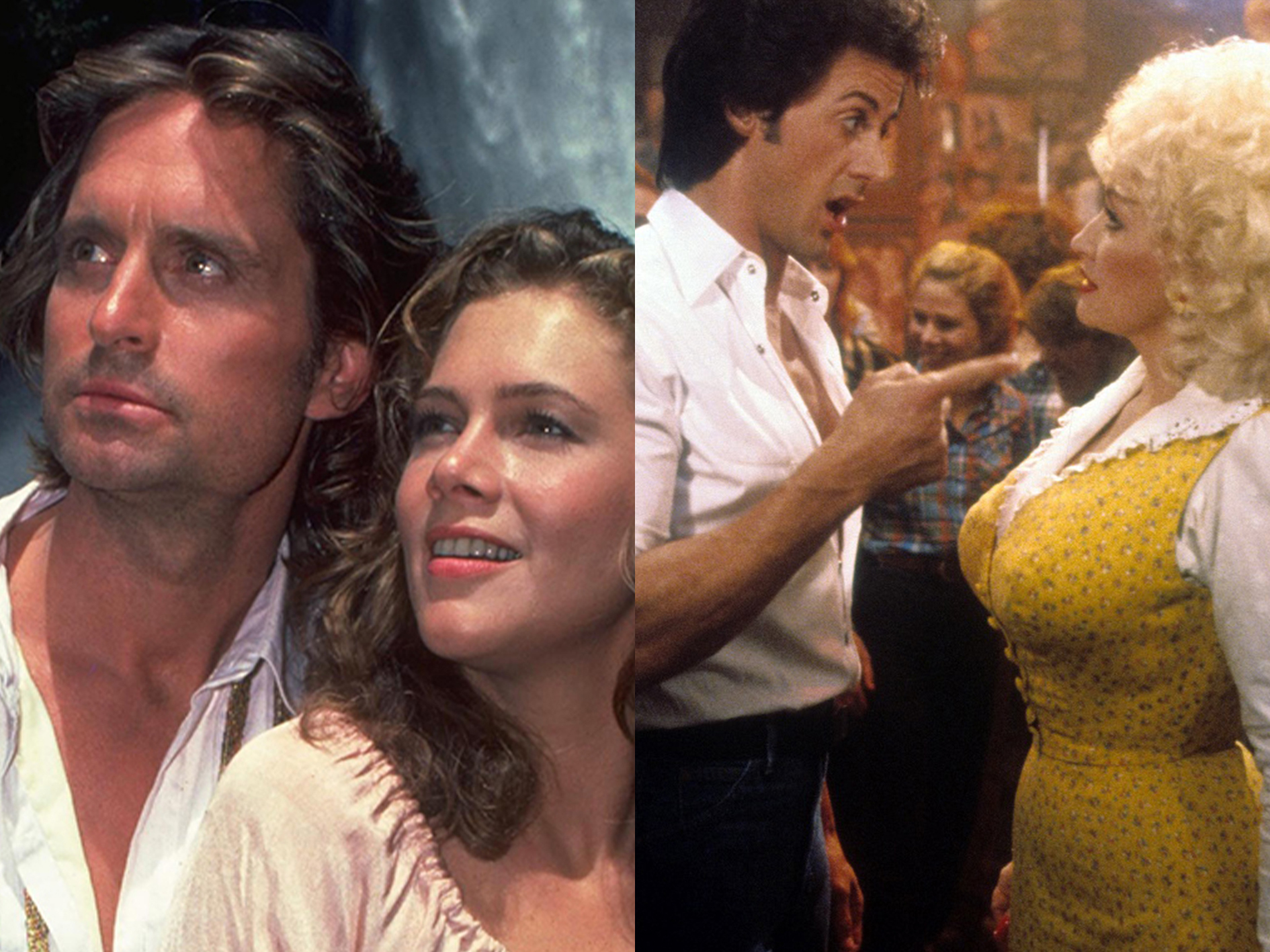 In the early 80s, Sylvester Stallone was at the height of his fame when he was offered the role of Jack T. Colton in the romantic comedy-adventure Romancing the Stone. Instead, the Italian Stallion chose to make musical comedy Rhinestone with Dolly Parton. This, Stallone has since confessed, was a very bad decision, as Rhinestone bombed at the 1984 box office, whilst Romancing the Stone was a smash with Michael Douglas playing Colton opposite Kathleen Turner.

Rhinestone proved to be an embarrassing blip on Stallone’s early 80s resume. However, he bounced back in a big way in 1985, with back-to-back blockbusters in Rocky IV and Rambo: First Blood Part II. 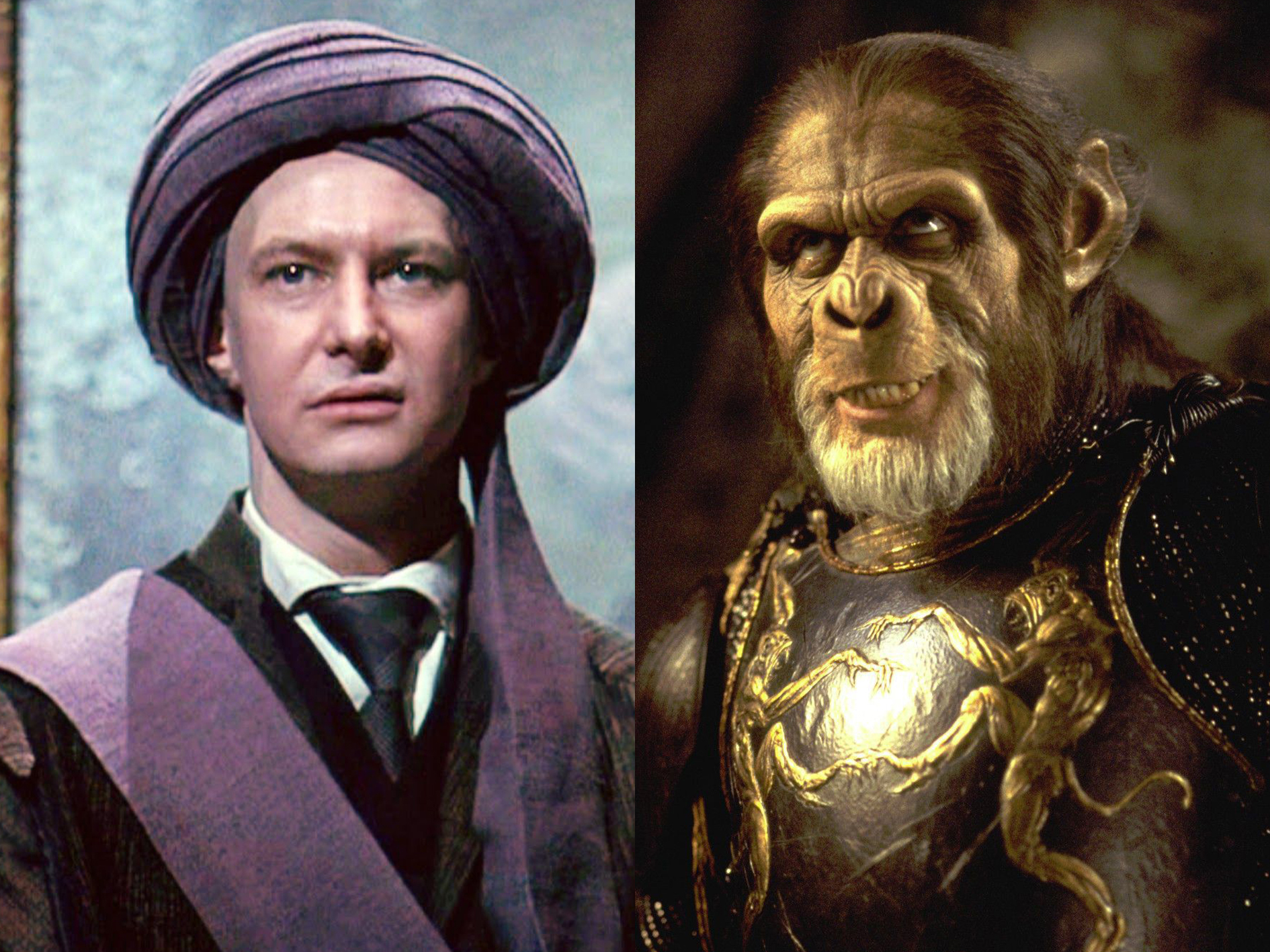 British actor Tim Roth found himself to be in demand around the turn of the millennium. He was the first choice to play the part of Professor Quirrell in Harry Potter and the Philosopher’s Stone (aka Sorcerer’s Stone), the first instalment in what was hoped to be a major franchise. Roth passed in order to take the part of the villainous Thade in director Tim Burton’s 2001 reboot of Planet of the Apes, which was also hoped to kickstart a series. Ian Hart was cast as Quirrell after Roth turned the part down.

Needless to say, it was Harry Potter that proved the bigger hit by far in 2001, successfully launching one of the most popular film franchises of all time. 2001’s Planet of the Apes, meanwhile, was widely dismissed as a mistake all around. 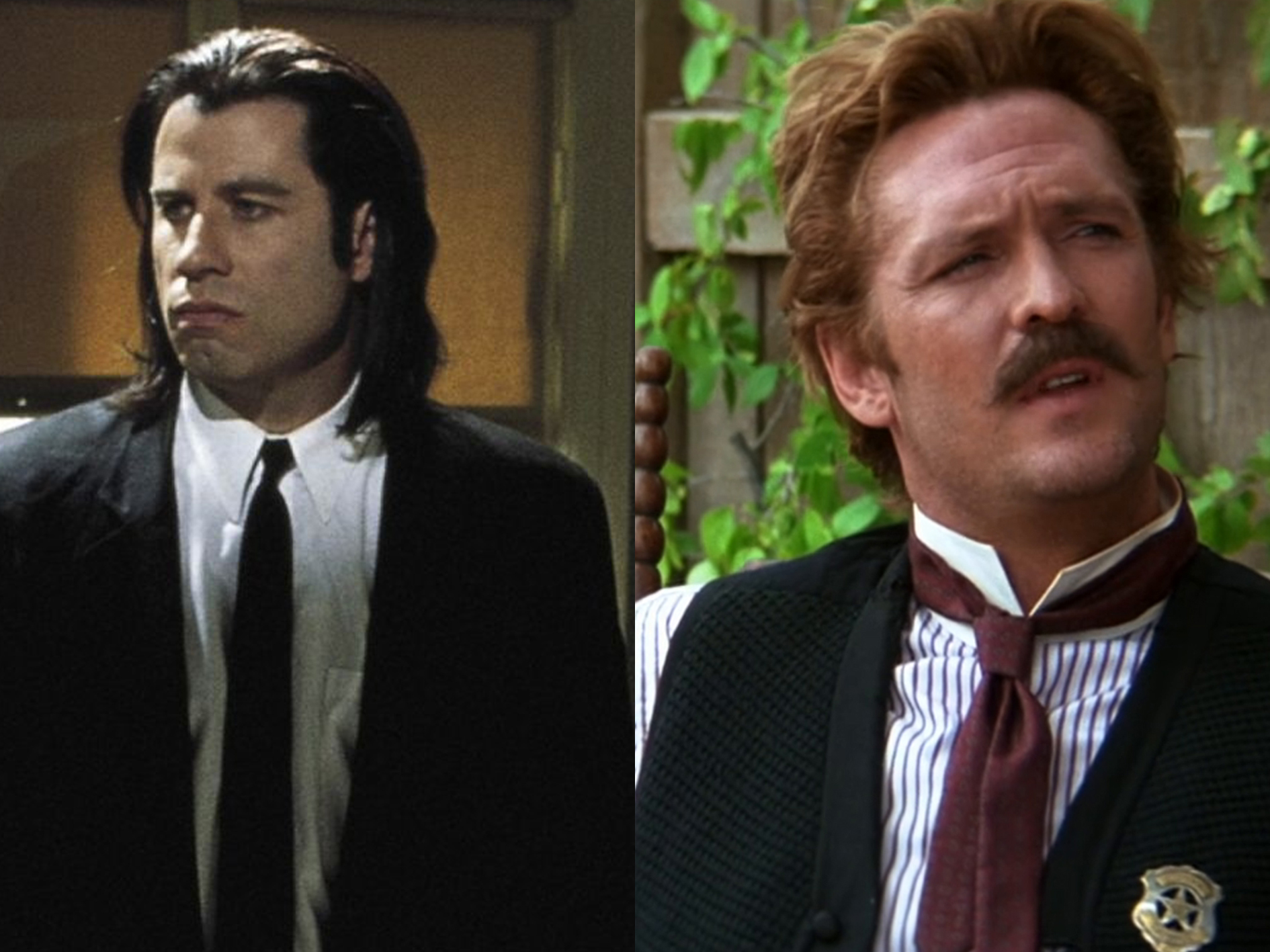 After making a big name for himself with the role of Vic Vega/Mr Blonde in Reservoir Dogs, Michael Madsen was offered the lead role of Vincent Vega (implied to be the brother of the Reservoir Dogs character) in writer-director Quentin Tarantino‘s next film, Pulp Fiction. Madsen declined in order to take the role of Virgil Earp in fact-based western Wyatt Earp, alongside Kevin Costner in the title role.

Tarantino cast John Travolta as Vincent Vega instead, and on top of rejuvenating Travolta’s career, Pulp Fiction also proved to be one of the most acclaimed films of the 1990s. Wyatt Earp, meanwhile, is almost entirely forgotten, not least because 1993’s Tombstone tackled the exact same story to greater success. 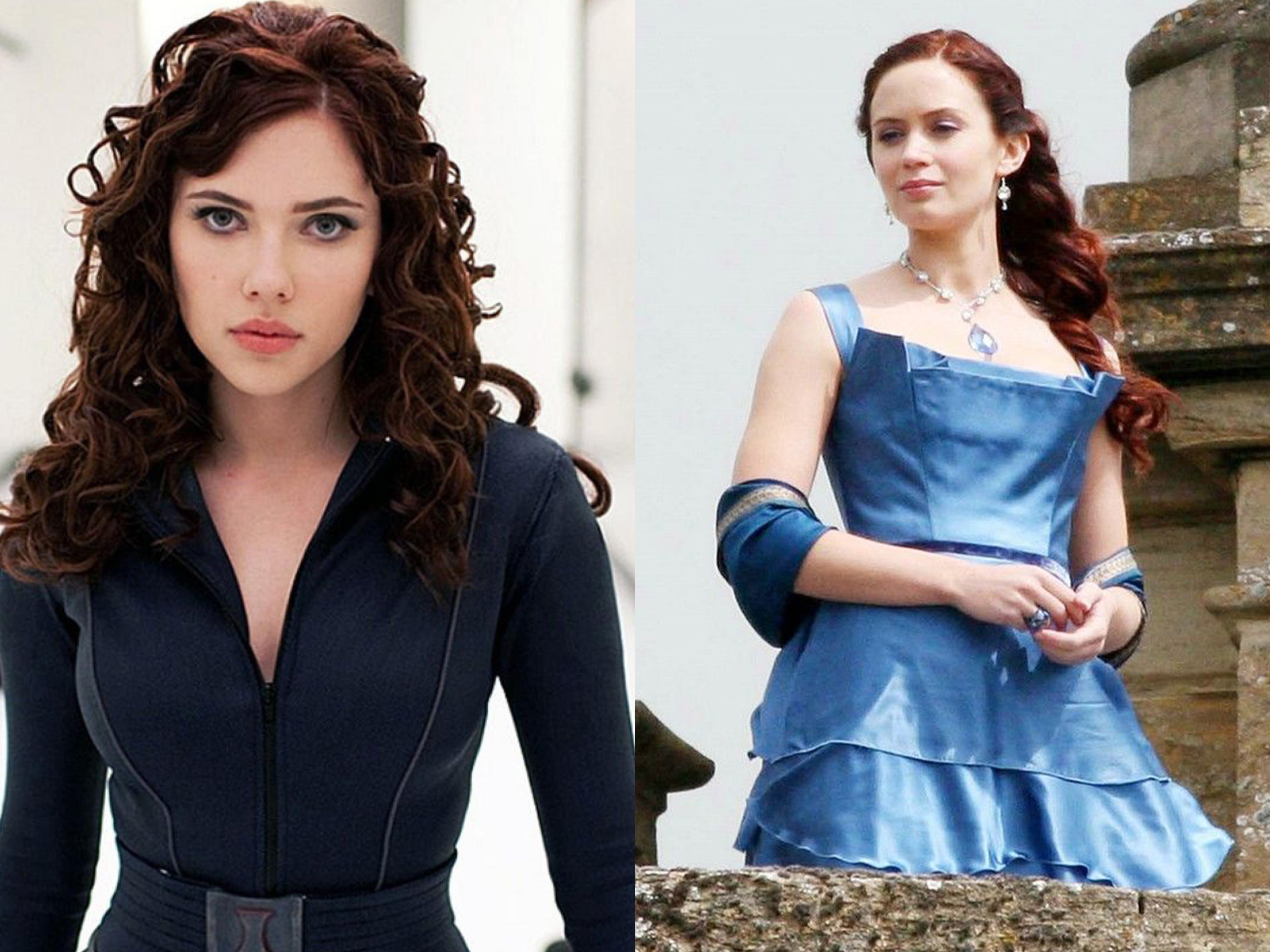 Although 2010’s Iron Man 2 is often regarded a lesser entry from the early days of the Marvel Cinematic Universe, the film introduced a character who came to be a major player in the franchise: Natasha Romanoff, aka Black Widow. While Scarlett Johansson wound up playing the role, the first choice for the part was Emily Blunt – but she pulled out due to a scheduling clash with Gulliver’s Travels, a largely forgotten Jack Black vehicle based on the classic story.

Although Blunt missed out on a role that Johansson reprised seven times (including in her own upcoming standalone Black Widow movie), the English actress insists she has no regrets. The rumour mill has since linked Blunt to the part of Sue Storm in Marvel’s planned Fantastic Four reboot, but she has dismissed this, stating that superhero films “are not up my alley.”

5. Kevin Costner turned down The Shawshank Redemption for Waterworld 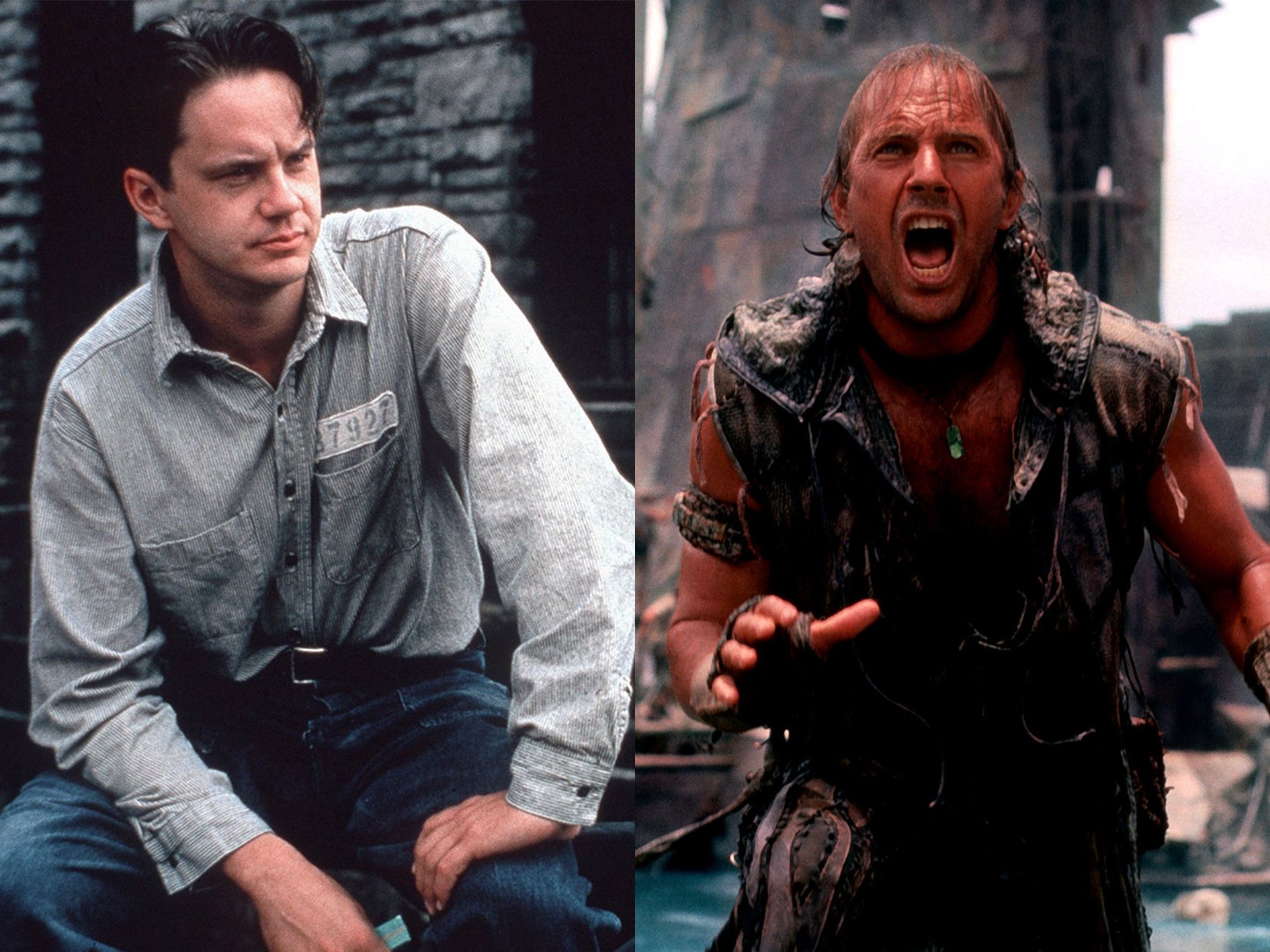 There aren’t too many actors who have enjoyed such a meteoric rise and spectacular fall as Kevin Costner. By the early 90s, the actor was at the top of his game after an unprecedented string of hits – and around this time he was asked to play the role of Andy Dufresne in Stephen King adaptation The Shawshank Redemption. Costner passed, as he was committed to playing the heroic Mariner in fantasy adventure Waterworld.

Costner’s Bull Durham co-star Tim Robbins would play Andy instead, and while The Shawshank Redemption was only a modest hit on release, today it’s widely considered one of the greatest films ever made. Waterworld, by contrast, was a notoriously troubled misfire that sullied Costner’s reputation, and soon thereafter his superstar days were over.

4. Mel Gibson turned down Gladiator for The Patriot 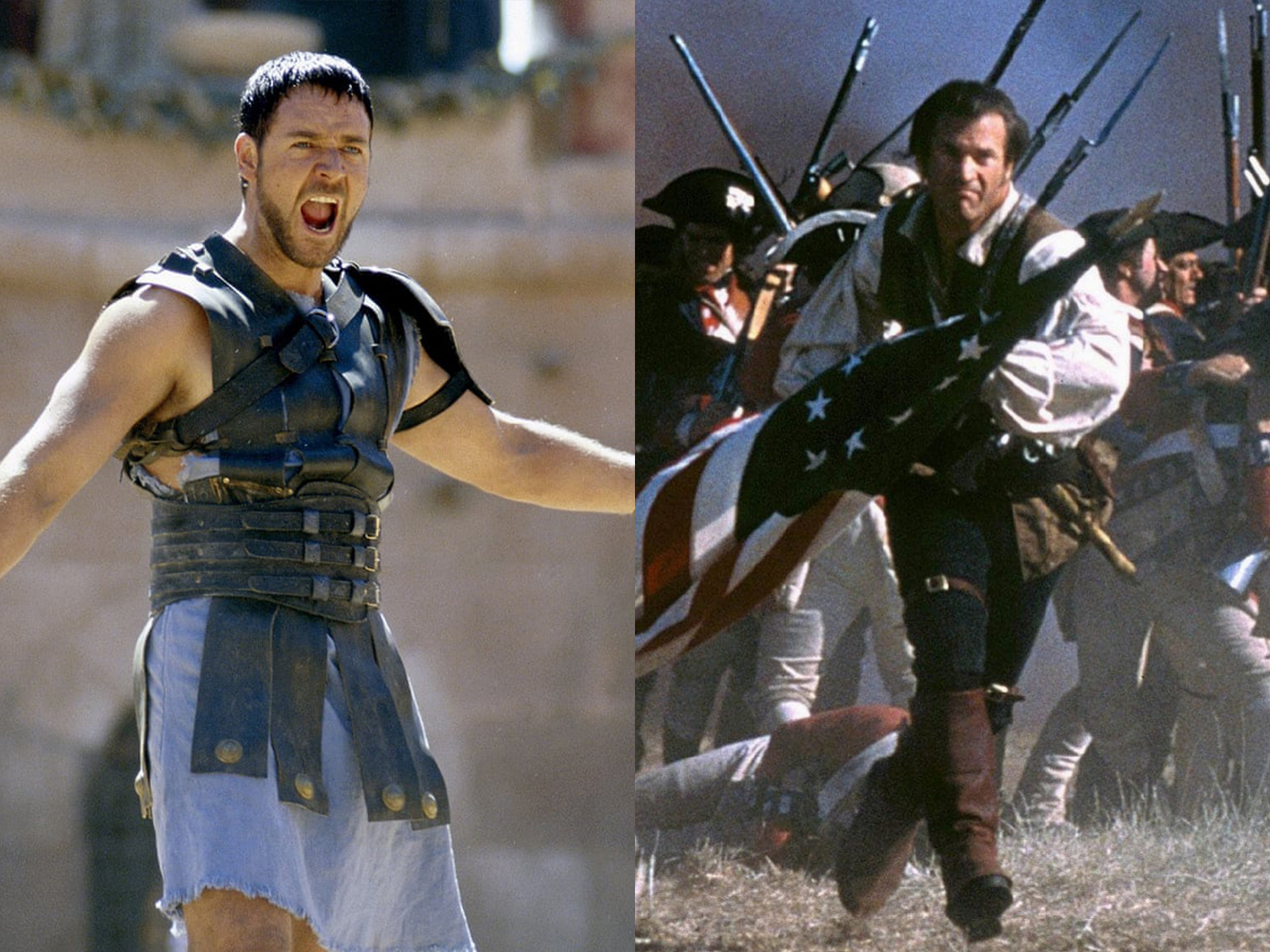 2000 sword and sandals action epic Gladiator made Russell Crowe a superstar. The New Zealand-born actor’s turn as Maximus Decimus Meridius landed him the Best Actor Oscar, and pretty much overnight he became one of the most in-demand leading men around. Things could have been rather different, however, if the role had been accepted by a certain other actor from Down Under who was offered it first: Mel Gibson.

Reportedly, Gibson passed on Gladiator as (at 44) he considered himself too old for the part. Instead, he took the lead in another violent historical drama, The Patriot, which earned him a then-record $25 million payday, but was otherwise met with a comparatively lukewarm response.

3. Harrison Ford turned down Cape Fear for Regarding Henry 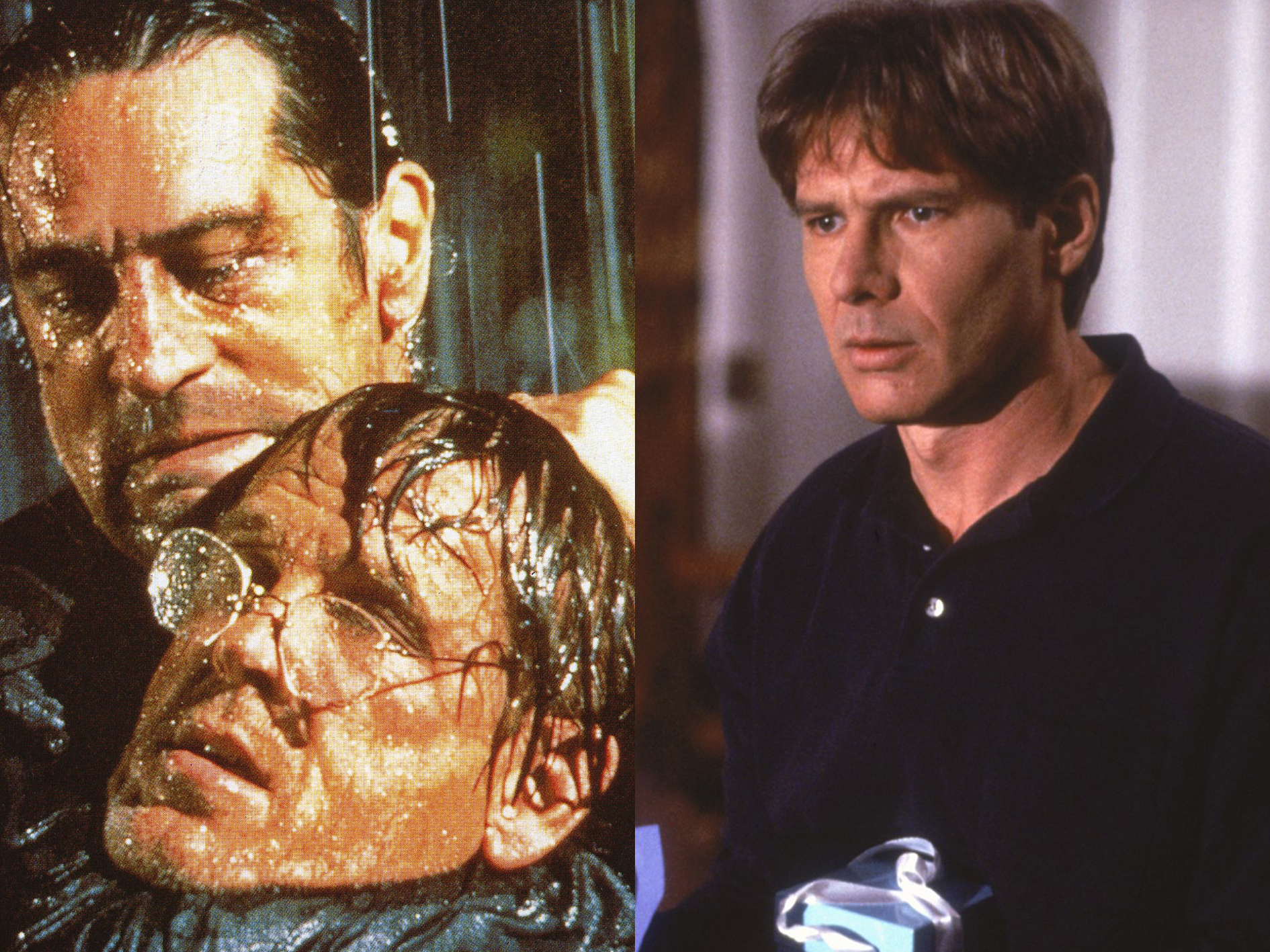 While director Martin Scorsese and his long-time collaborator Robert De Niro were in development on their 1991 remake of classic thriller Cape Fear, De Niro personally approached Harrison Ford to ask him to co-star in the film. Ford was interested, but only if he was allowed to play the menacing Max Cady and De Niro played opposite him as the mild-mannered Sam Bowden.

Needless to say, De Niro didn’t like that idea, so Ford turned the film down. Instead, 1991 saw Ford appear in largely forgotten drama Regarding Henry, which did middling business critically and commercially. Cape Fear wound up a considerably bigger hit, with De Niro as Cady and Nick Nolte in the good guy role that Ford declined.

2. Bruce Willis turned down Ghost for The Bonfire of the Vanities 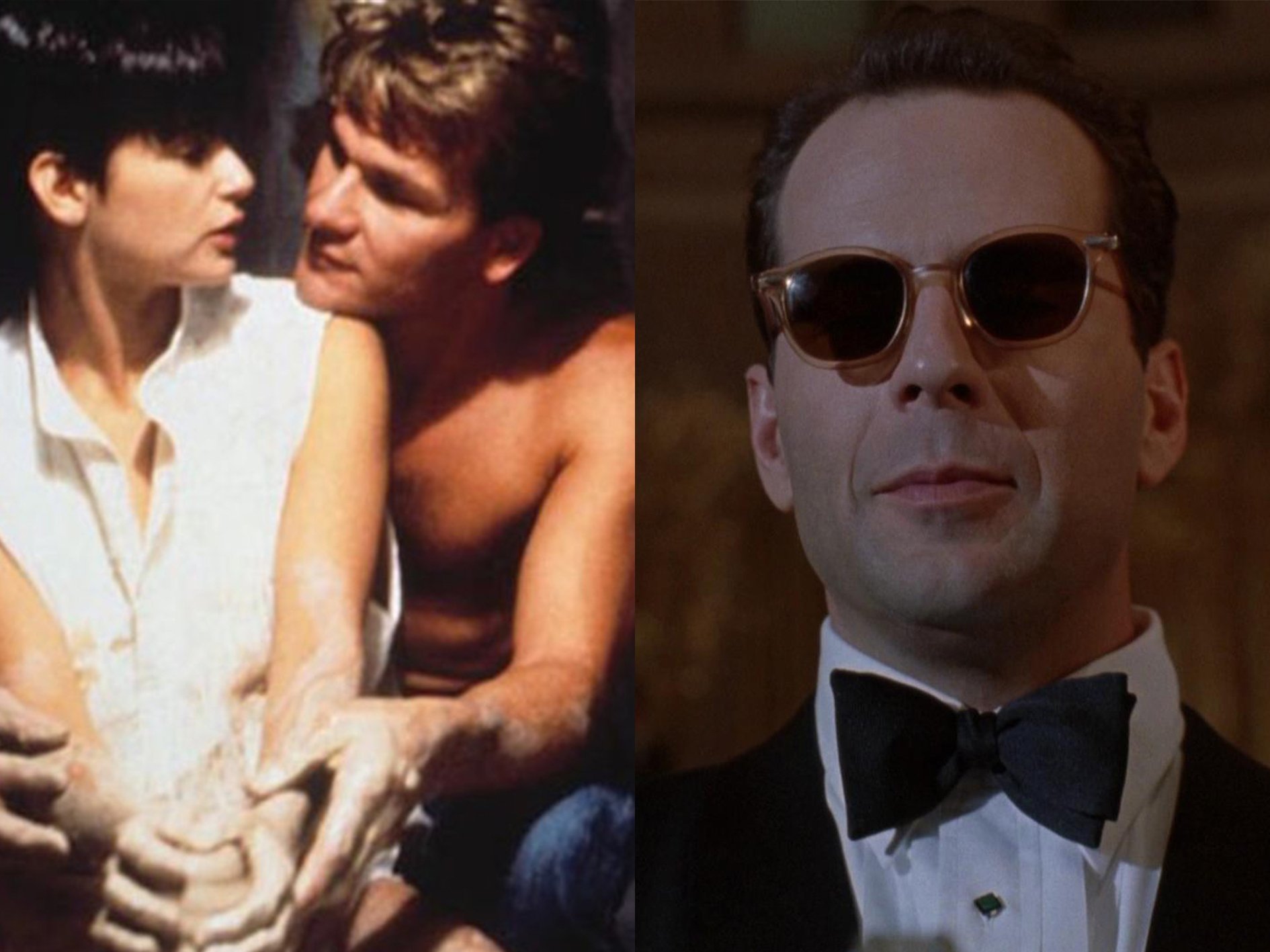 Bruce Willis had quickly become one of the hottest stars in Hollywood in the late 80s after his breakthrough hit Die Hard. However, when the actor was offered the role of Sam Wheat in supernatural romance Ghost, he declined, reportedly feeling the material was a bit corny. This didn’t stop Willis’ then-wife Demi Moore from signing on to play female lead Molly, with Patrick Swayze ultimately accepting the role of Sam.

Willis instead took the part of Peter Fallow in The Bonfire of the Vanities, director Brian De Palma’s adaptation of the Tom Wolfe novel, which went down like a lead balloon with critics and audiences. By contrast, Ghost wound up the biggest box office smash of 1990, and for a time was the third highest-grossing film ever made.

1. Matt Damon turned down Avatar for The Bourne Ultimatum 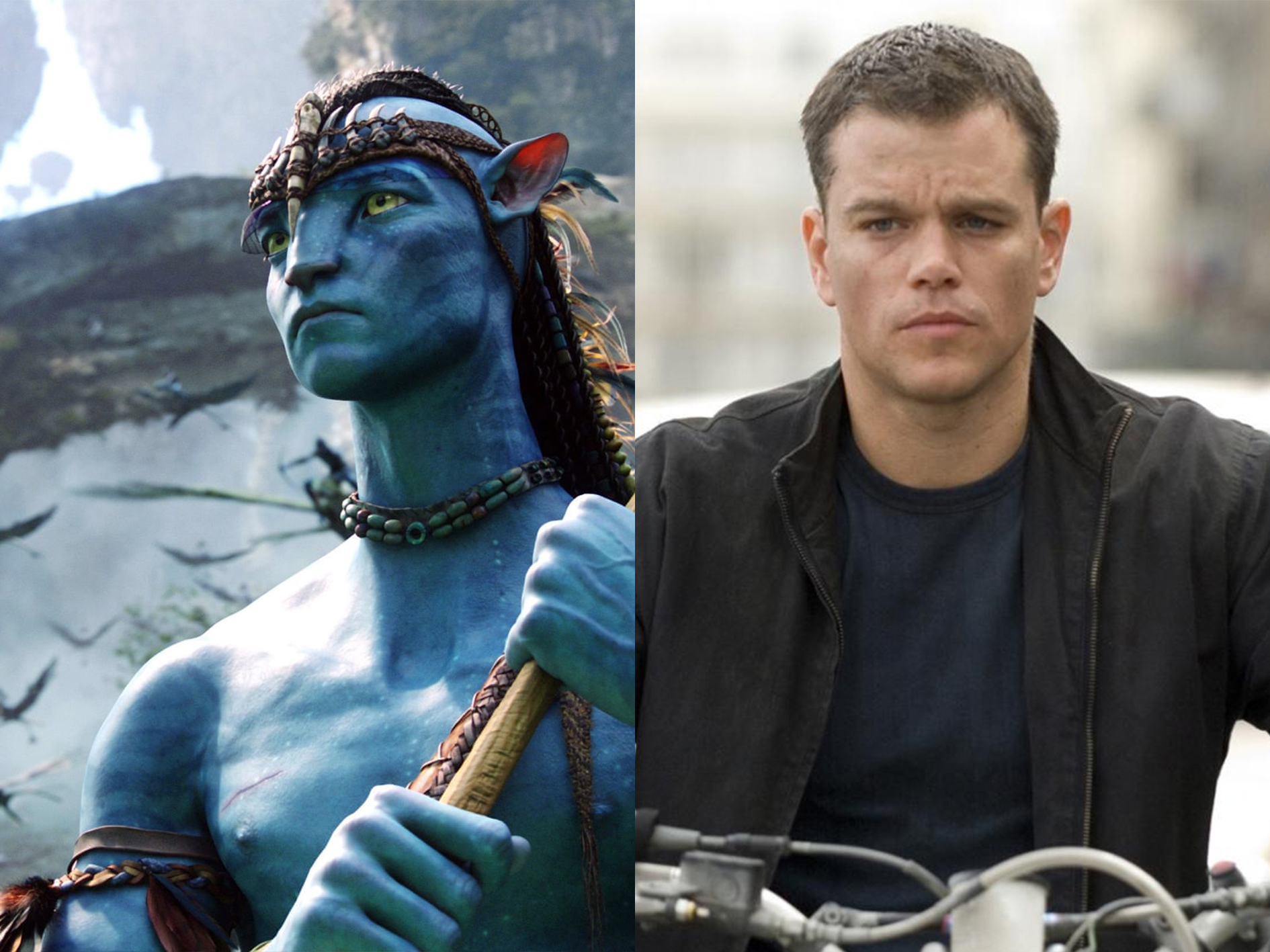 In the mid-2000s, Matt Damon was approached by James Cameron with an offer to take the role of Jake Sully in the writer-director’s long-in-development sci-fi epic Avatar. Damon turned him down, in part because he wasn’t sure the film would work, but also because the shooting schedule clashed with his commitment to The Bourne Ultimatum, the third film in the spy series. With Damon out of the running, Cameron cast the largely unknown Sam Worthington.

It would be wrong to write off Jason Bourne as a bad role, and we can respect Damon’s commitment to his signature franchise. Still, this was a major financial miss for the actor, as Avatar went on to become the biggest hit in box office history. The real sting is that Damon had been offered 10% of the film’s gross profits, which – assuming the film performed as well with him in the lead – would have left him more than $290 million better off, and comfortably the highest-paid actor of all time. (Sam Worthington didn’t get that same deal, incidentally.)