It’s not even close to being in the same league as Predator, The Terminator, Commando, Total Recall or True Lies, but Eraser is still a fun, action-packed Arnold Schwarzenegger adventure that saw the Austrian Oak portraying a US Marshal who “erases people’s past and deals with their future.” Critics weren’t impressed but audiences flocked to see Arnie flexing his muscles once more, and the film went on to make a tidy profit at the box office. So ready your one-liners and get ready to be erased, as we give you 10 fascinating facts about this silly slice of mid-90s cinema.

10. Its script was rewritten by a host of big Hollywood names 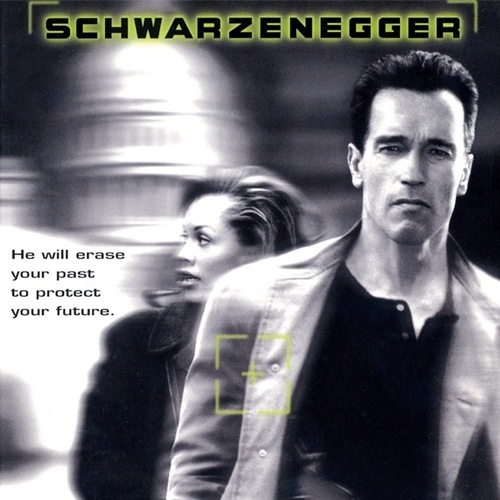 Whilst the film itself is an entertaining action romp, you’d be hard pressed to argue that Eraser’s dialogue and storyline are anything more than average. And producers seemed to agree, because although Tony Puryear and Walon Green are credited as the film’s co-writers, the screenplay was also worked on by a number of uncredited industry faces.

9. Schwarzenegger performed many of his own stunts 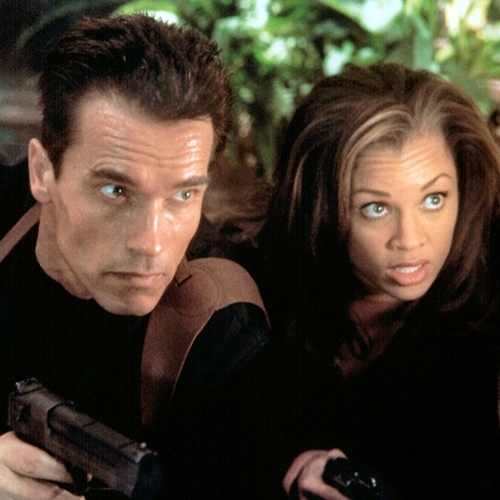 He may have been pushing 50 at the time, but Arnold Schwarzenegger was still able to perform many of his own stunts during Eraser’s demanding shoot.

One such stunt, which had to be filmed a number of times, saw Arnie wearing a piece of stunt technology called a descender rig in order to perform a 65-foot vertical descent alongside a mid-flight back-flip.

8. The film’s director and co-producer refused to speak to each other 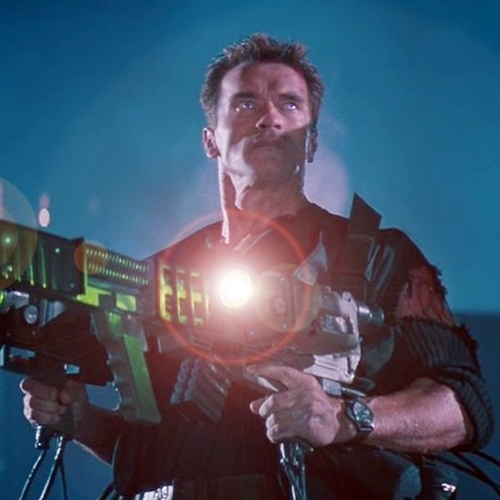 Director Chuck Russell, who also helmed A Nightmare on Elm Street 3: Dream Warriors and The Mask, had such a bad relationship with the film’s co-producer Arnold Kopelson that the pair eventually refused to speak to each other at all.

Thankfully, Arnold Schwarzenegger got on well with both Russell and Kopelson, but the star was constantly being forced to rearrange his schedule in order to speak to them separately and keep them apart.

7. Animals had to be shipped in to fill an abandoned zoo 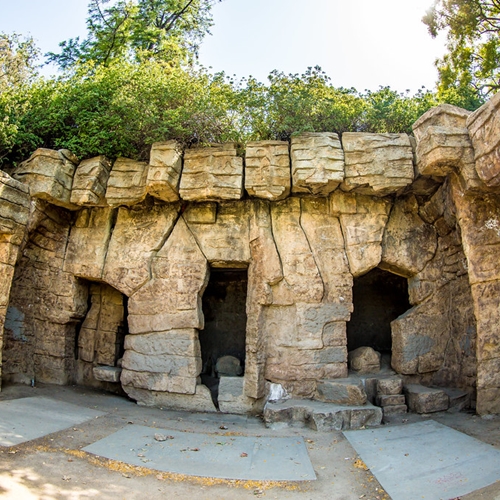 Part of the film’s production involved filming at a real zoo, but a large number of real animals still had to be shipped in, at great cost to the film’s already extensive $100 million budget.

This was because the 3,000 acres of Griffith Park Zoo in Los Angeles had been left abandoned a number of years ago.

6. Protests from a real corporation led to expensive post-production work 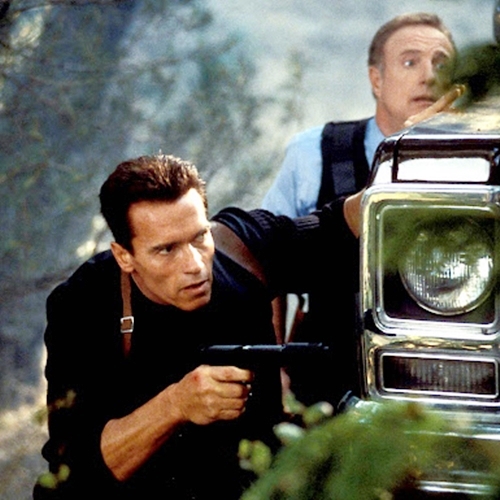 The original name of the film’s central defense contractor business was Cyrex Corporation, but protests from a real company with the same name led to some expensive post-production work.

Not only were special effects used to changed every instance of the company’s logo from Cyrex to Cyrez, but a large amount of dialogue also had to be rerecorded.

5. A planned romantic ending went down badly with test audiences 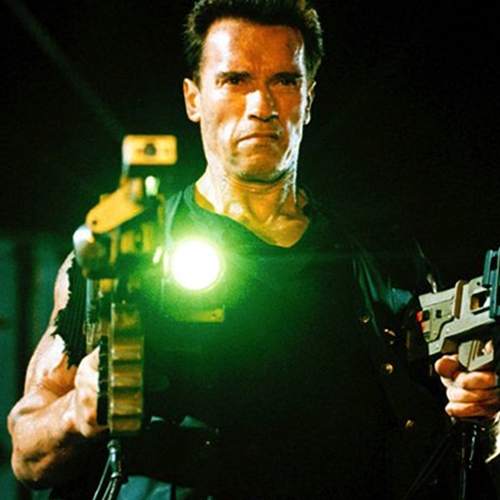 Filmmakers had originally planned for Eraser to have a much more romantic ending than the action-packed “they caught a train” denouement seen in the finished film.

Test screening audiences gave uniformly negative reactions to the original ending, so it was scrapped and replaced with something that filmmakers deemed to be more crowd-pleasing. 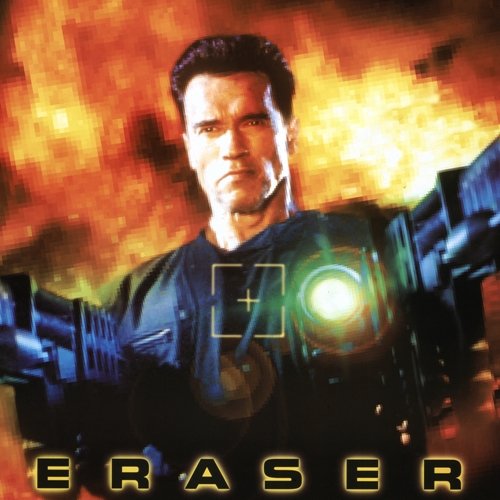 Eraser was nominated for an Oscar, with the great work done by Alan Robert Murray and Bub Asman meaning it was up for the Best Sound Effects Editing Academy Award at the 69th annual ceremony.

Unfortunately, Murry and Asman lost out to Bruce Stambler for his work on the Val Kilmer and Michael Douglas adventure film The Ghost and the Darkness.

3. It was one of the first Hollywood films to be released on DVD 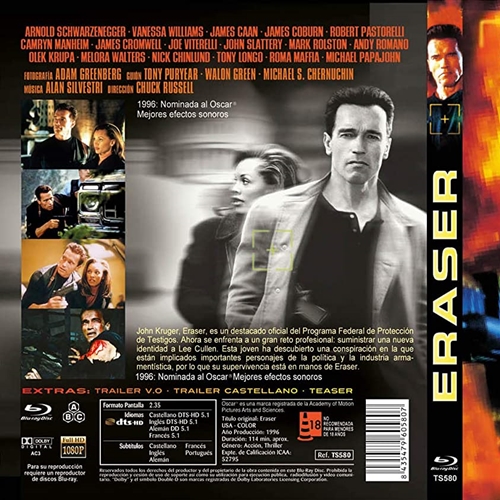 Alongside the likes of Twister and Mars Attacks, Eraser holds the distinction of being one of the first Hollywood films to be released on DVD.

The film was part of Warner Home Video’s DVD launch lineup, when Japan introduced the format to the world in December 1996.

2. The film marked the end of Arnold Schwarzenegger’s golden period 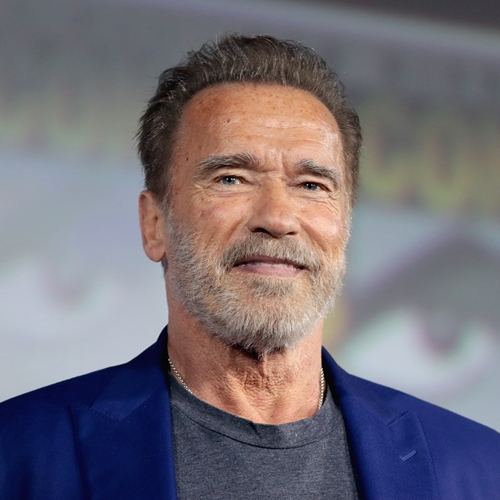 Eraser wasn’t just one of the last Arnold Schwarzenegger vehicles to make real money at the box office; it is also considered by many to be the final film of Arnie’s “classic period,” which started in 1982 with Conan the Barbarian and spanned an impressive 19 releases. 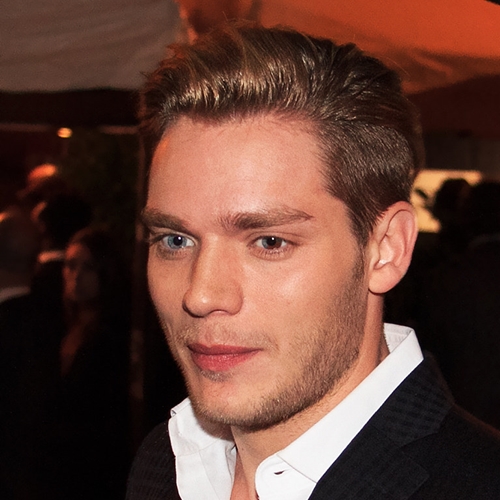 Two-and-a-half decades after the original film was released, Warner Bros put an Eraser remake into production.

Eraser: Reborn will star Dominic Sherwood as Mason Pollard, a US Marshal “who fakes the deaths of high-profile witnesses to ensure their safety.” The film is currently in post-production with a planned 2022 release date, although it’s not clear whether it will debut in cinemas or head straight to a streaming service.