A Poll Has Revealed The Nation’s Top 12 Favourite Biscuits!

We all love snacking on a good biscuit when the mood takes us, and whether you enjoy dunking one in your cup of tea, or prefer to munch your way through an entire packet, we bet you could tell us without a second thought what your all time favourite biccy is. Read on, and you can now find out how your personal preference compares with the rest of the nation’s.

In 2019, home appliance manufacturer CDA surveyed over a thousand people in order to compile a list of the UK’s top 12 favourite biscuits, and the results are displayed below for your reading pleasure. You may well find the results of the survey somewhat controversial… 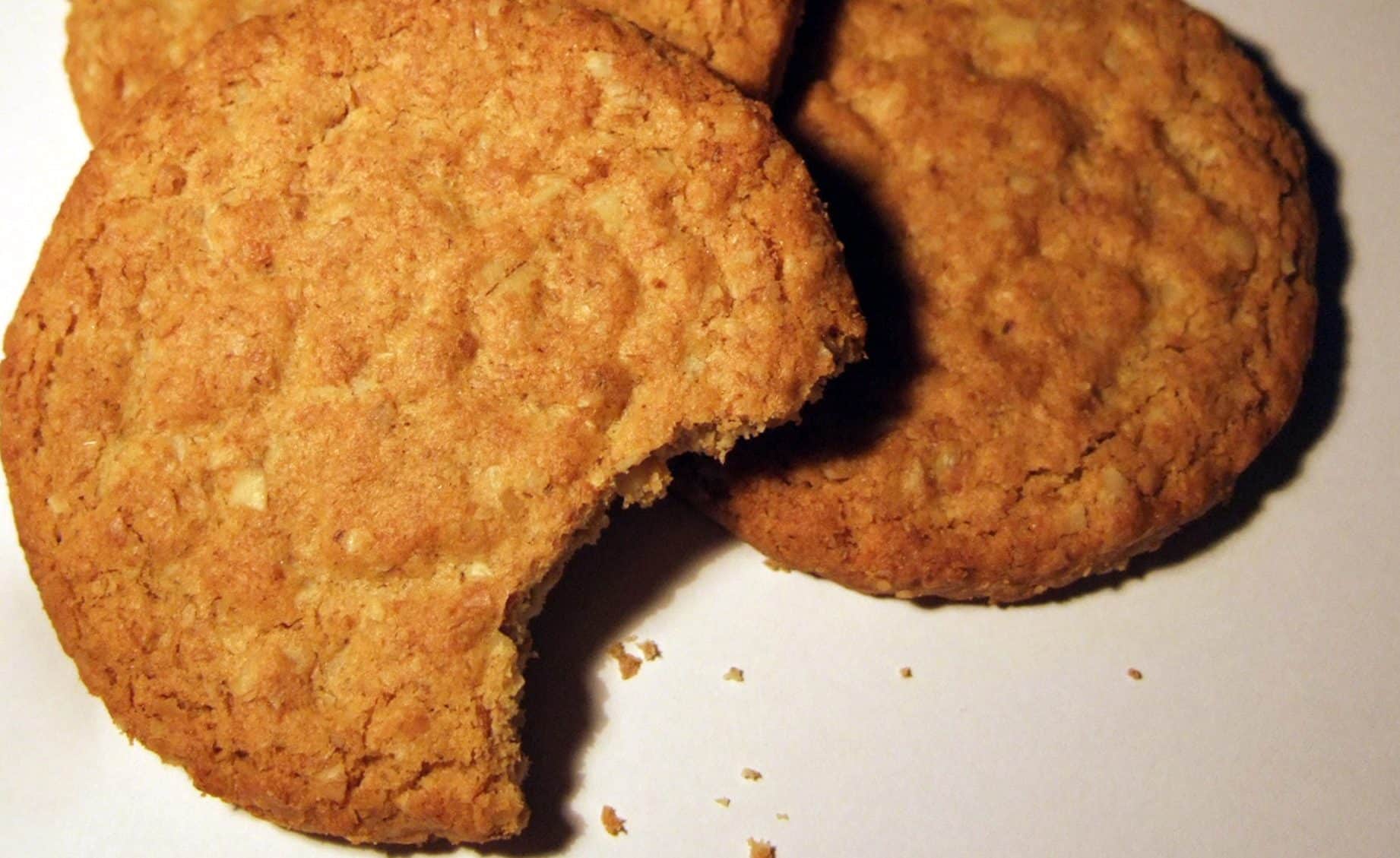 These buttery, crunchy, oat-based biscuits inevitably leave a few bits in your teeth, but it’s worth it. Hobnobs are a delicious tea break treat (although there’s a minor variation on the biscuit which makes it even tastier, which you’ll find higher up the list).

Hobnobs seem like such a time-honoured classic today, you might find it hard to believe they’ve only existed since 1985, when they were introduced by biscuit powerhouse McVities. 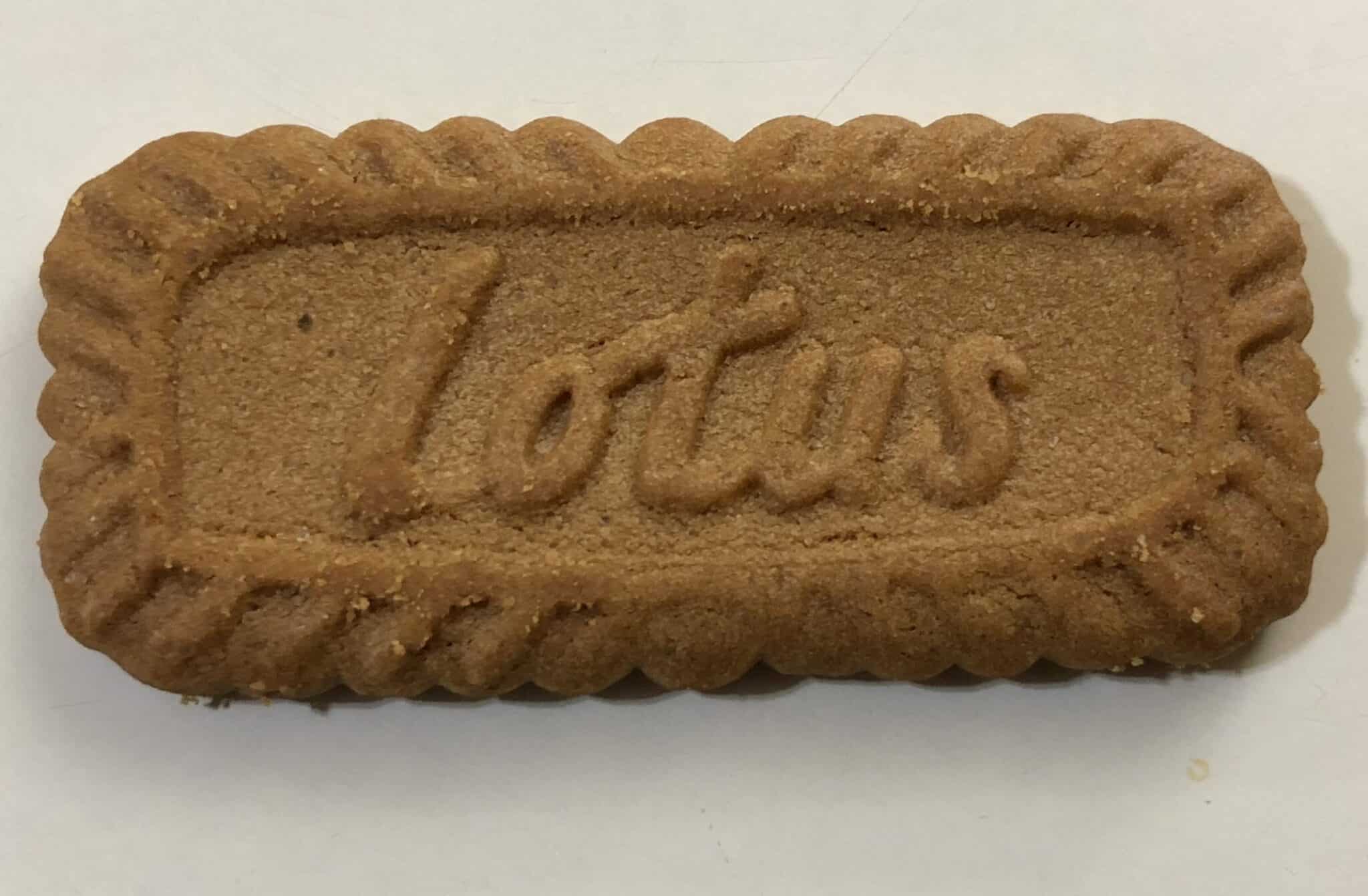 First created in a Belgian bakery all the way back in 1932, Lotus Biscoffs are perfect to dip into your cup of coffee – hence a lot of nice cafes tend to provide complimentary Biscoffs with your drink.

They’ve enjoyed such a boost in popularity in recent years that now you can get Biscoff cream biscuits, Biscoff ice cream, even Biscoff spread to put on toast! 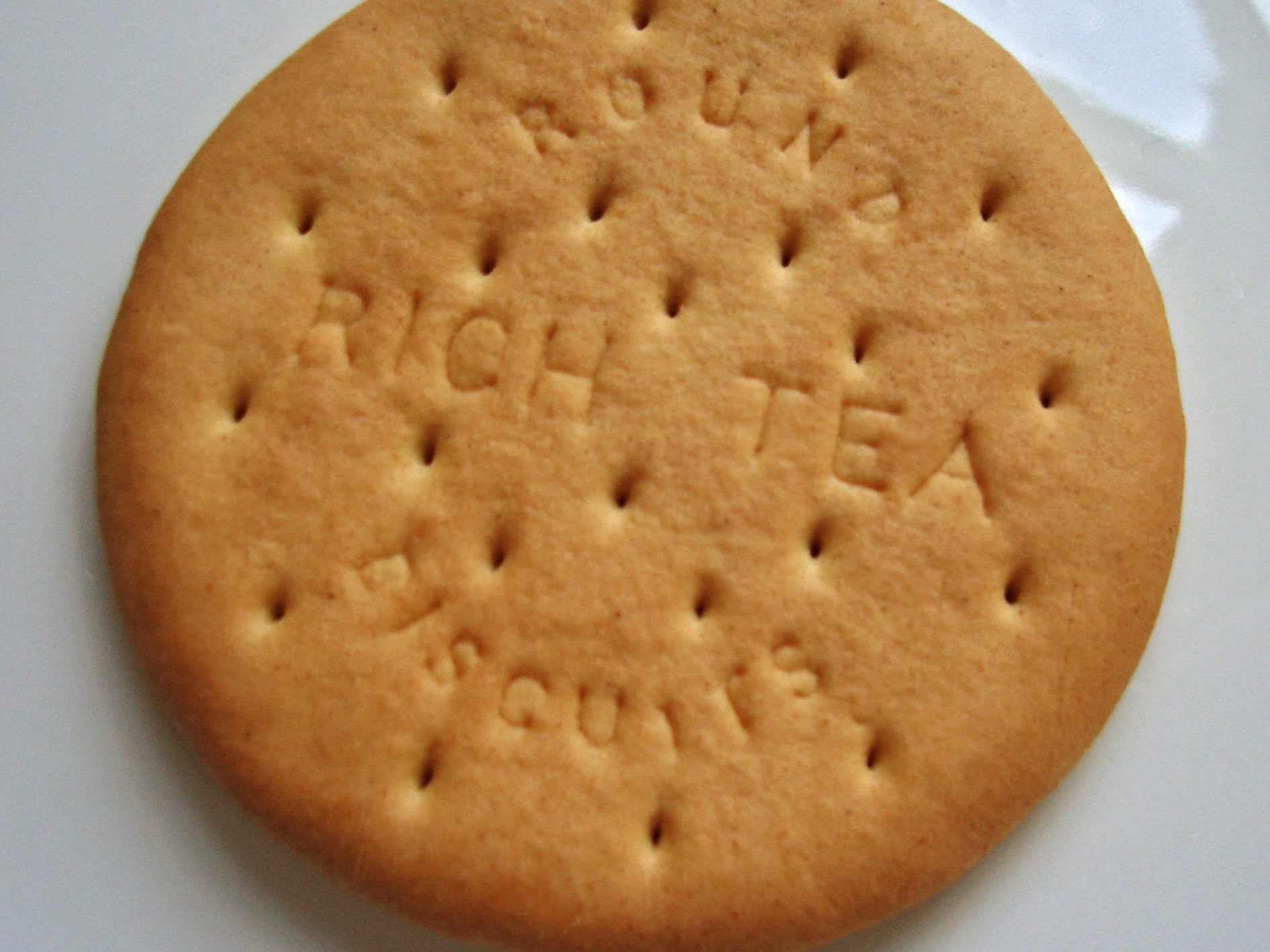 Britain is famed for its love of tea – and obviously, no snack is quite so idea for consumption with the signature British drink than the Rich Tea biscuit. There’s a clue in the name, after all!

Some might say Rich Tea biscuits are a bit bland when eaten on their own, but dunk them in your tea for a few seconds and see how tasty they get. 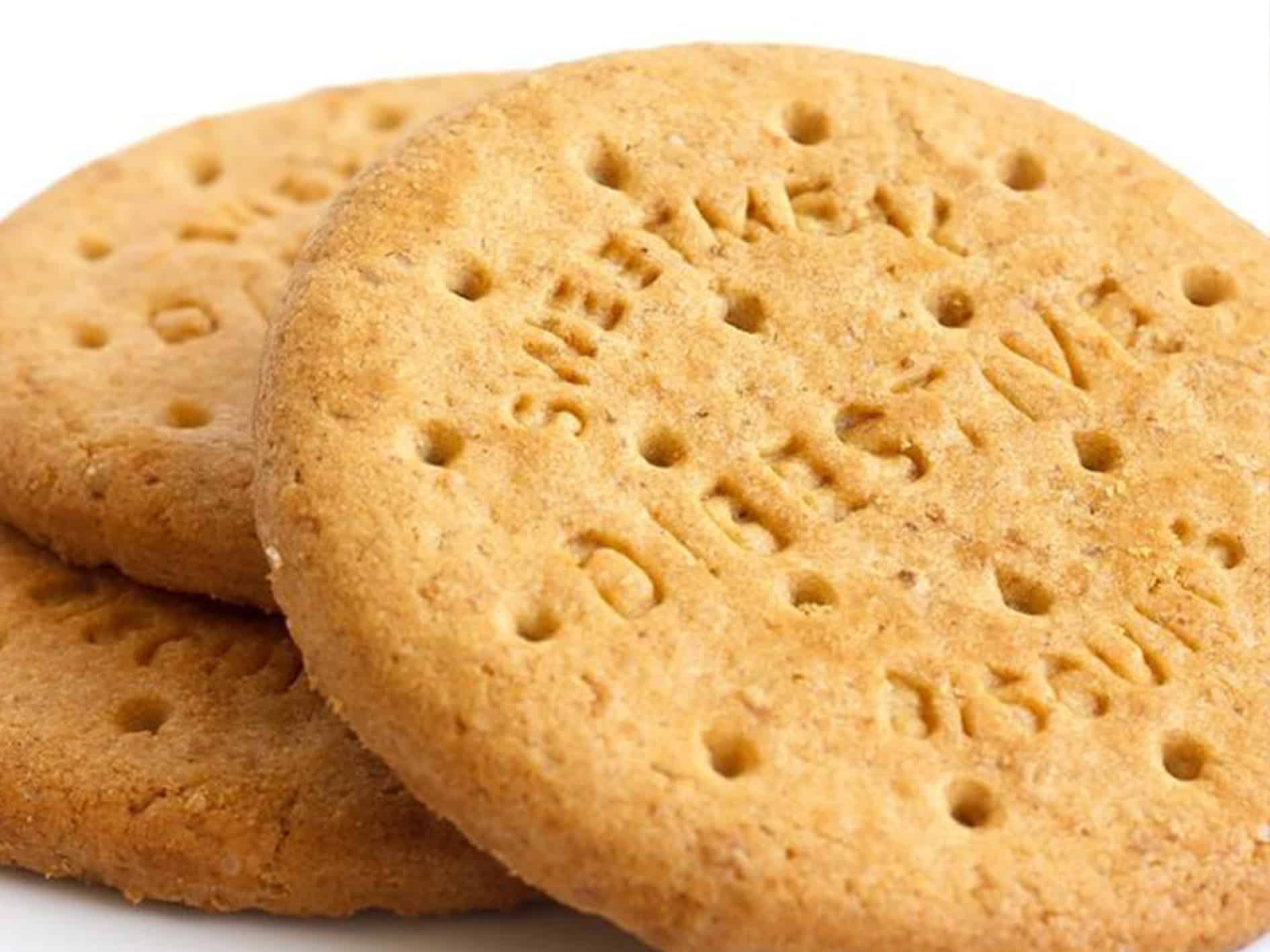 It won’t surprise you to see its chocolate coated version higher on the list, but you really cannot beat a good, old-fashioned plain digestive biscuit. Originating in Scotland in the 1890s, they’re a time-honoured classic.

Are we the only ones whose parents taught them to spread margarine or butter on a plain digestive for an amazing taste sensation? 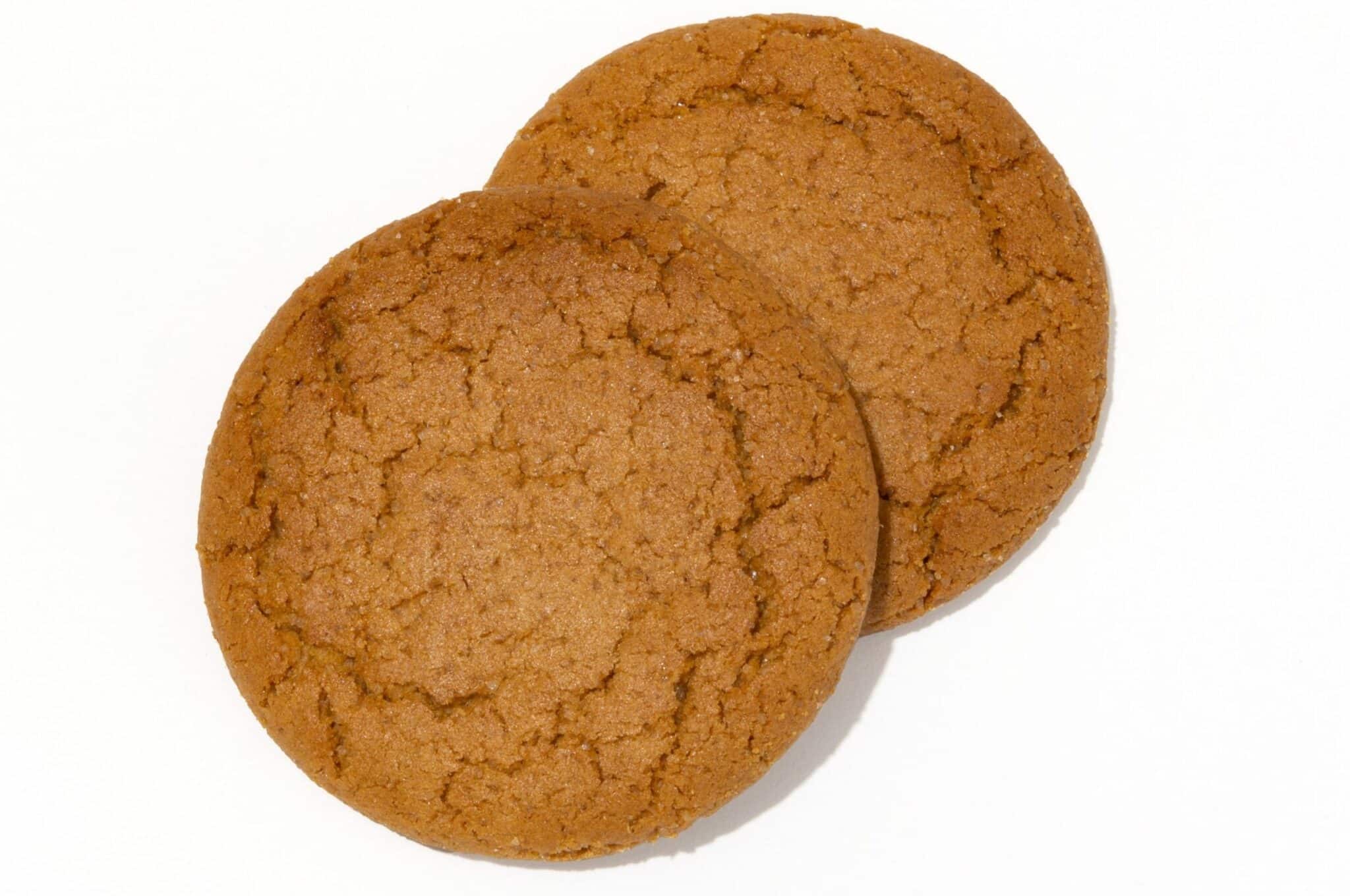 Giving us a tough crunchy snack like no other, ginger nut biscuits have been enjoyed by families for generations. The British have been enjoying them with tea all the way back to the 1800s.

Considering they don’t actually contain nuts, the name might seem odd today; apparently it dates back to an earlier form of the snack, which was considerably smaller and more nut-like in size and shape. 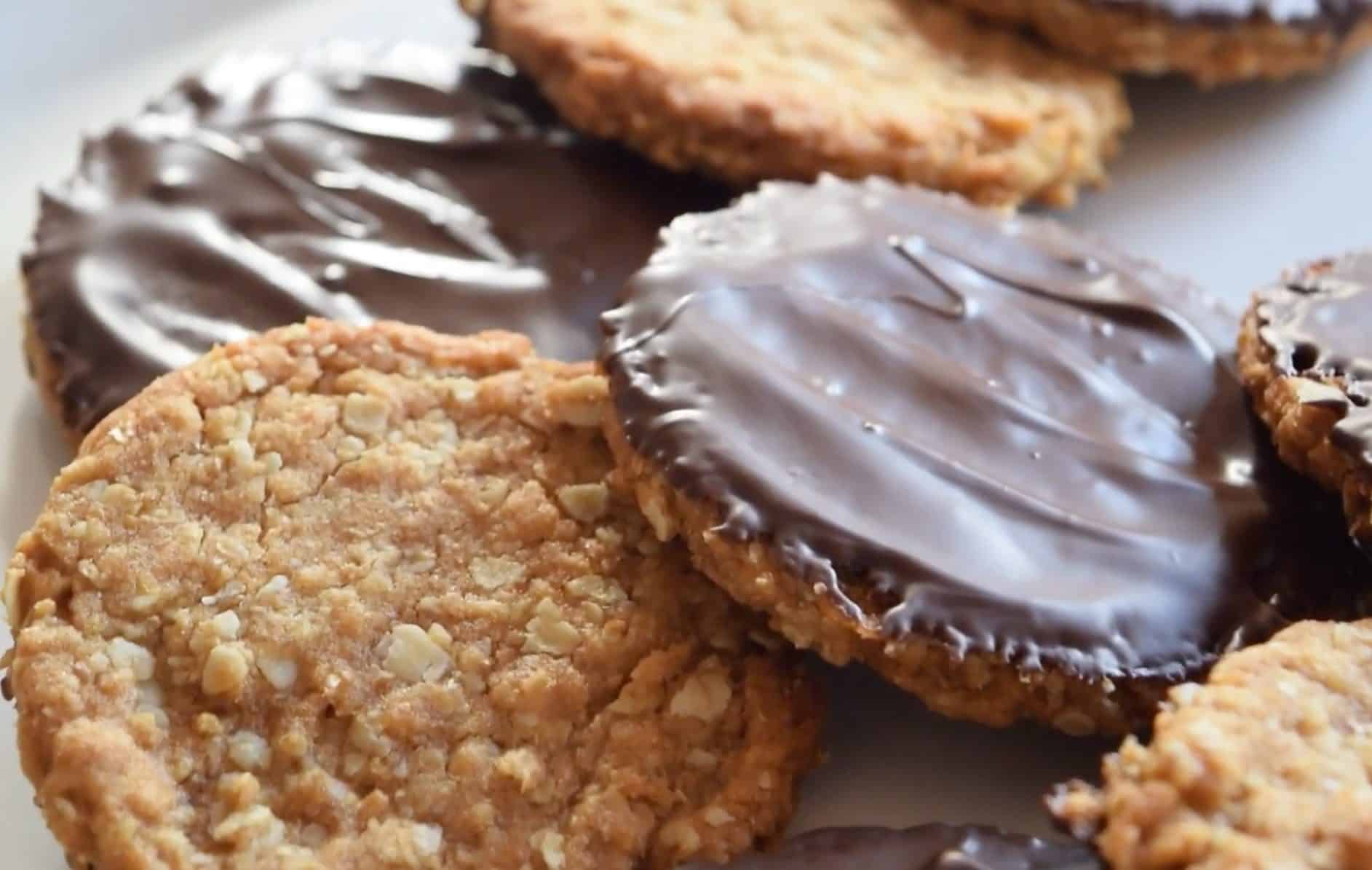 We’ve already seen Plain Hobnobs at number 12 on the list, but now we come to the real deal: a Hobnob with a generously thick layer of chocolate added to the crunchy base. Sheer culinary delight!

If we had decided this list, Chocolate Hobnobs would most definitely be at number one – but who are we to question the taste of the people? 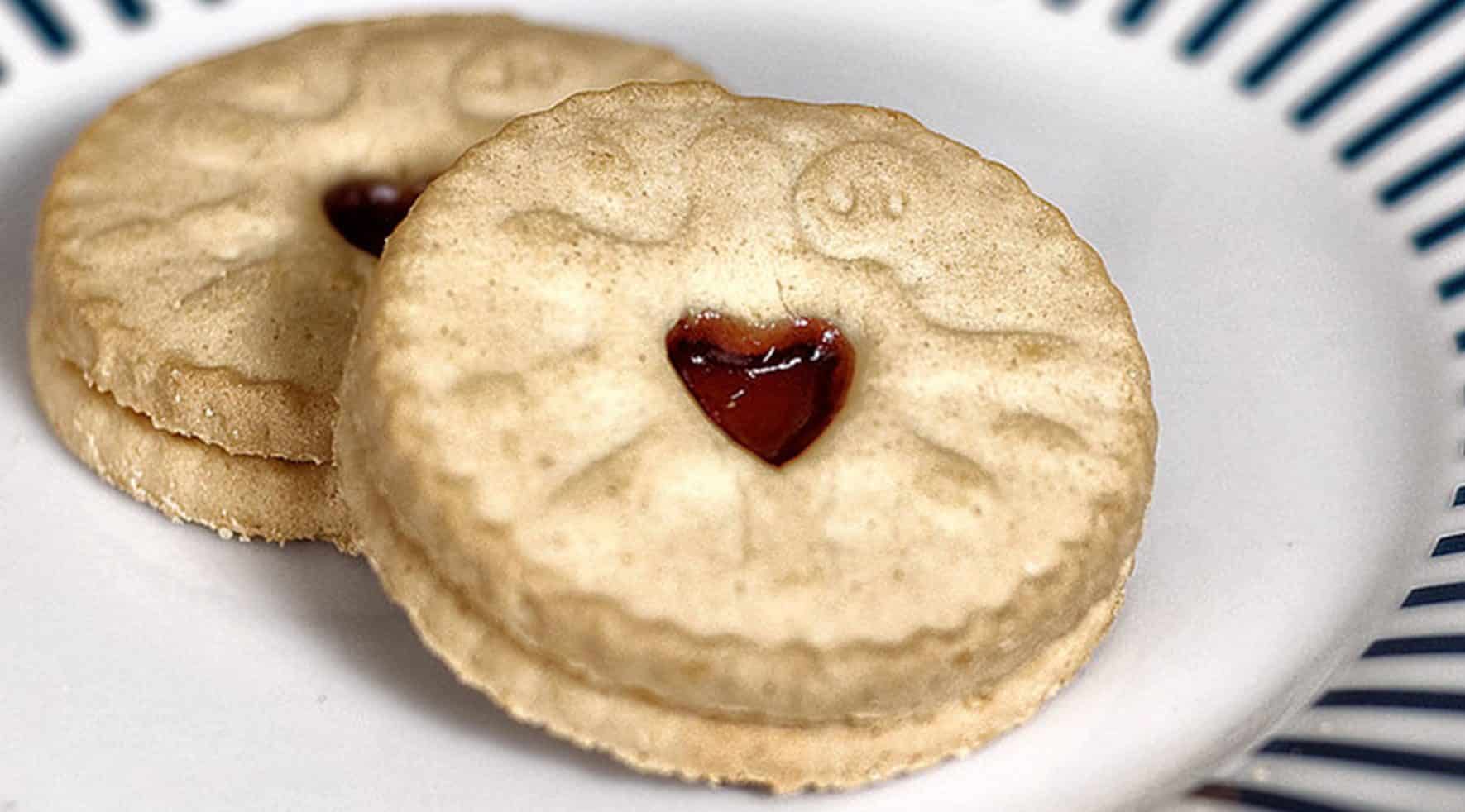 The idea to have jam right in the middle of a biscuit probably seemed strange when it was initially pitched. But after their introduction in 1960, Jammie Dodgers quickly became one of the most popular biscuits of all time.

The combination of crunchy, buttery shortbread biscuits with a strawberry or raspberry jam filling is irresistible – but it’s just not a Jammie Dodger if it doesn’t have that signature heart-shaped hole in the middle. 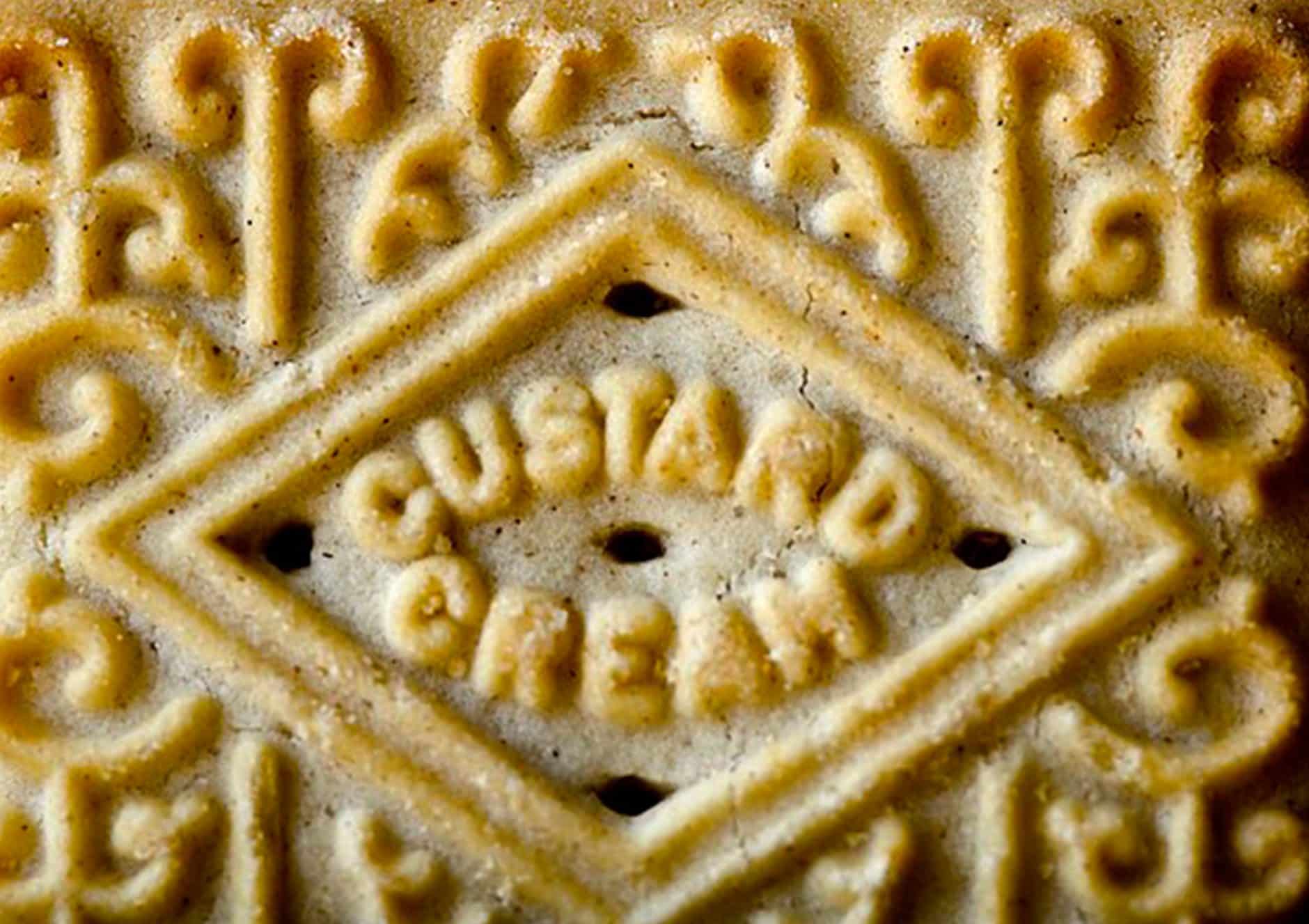 A soft, creamy, custard-flavoured filling in between two crunchy layers of biscuit? Sheer genius. Dreamed up by some forgotten culinary master back in 1908, Custard Creams have long been one of the best-loved biscuits in Britain.

All kinds of different flavoured variations on the biscuit have emerged over the years, ranging from lemon to orange to rhubarb and custard – but as far as we’re concerned, you can’t beat the original.

A staple snack for many of us when we were growing up, chocolate digestive biscuits have been as much a part of our life as fish and chips and ice cream.

If you’ve never enjoyed a chocolate digestive with your mid-morning cup of tea then what on earth have you been doing with your life? 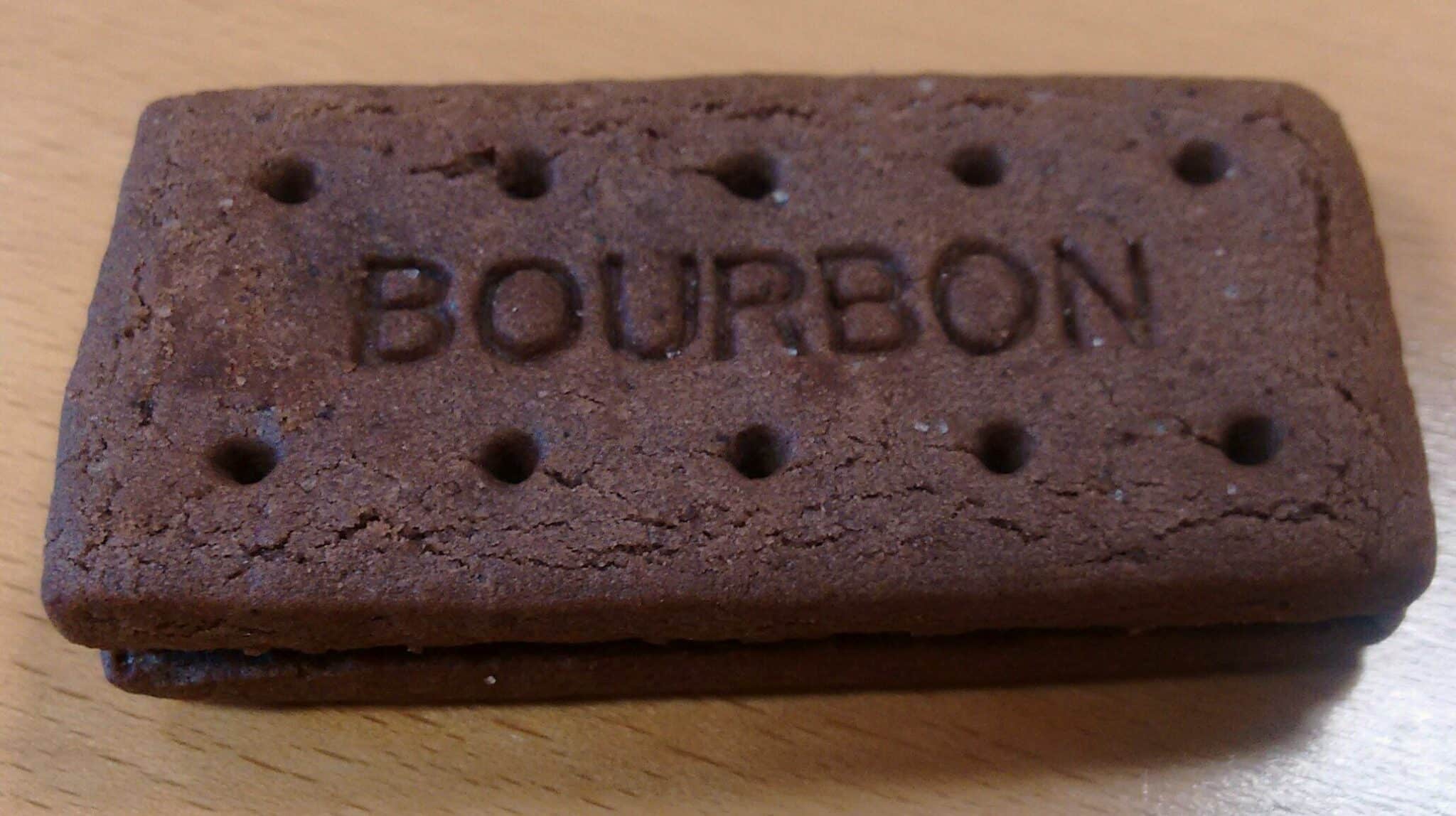 Not to be confused with the American whiskey of the same name, these chocolatey cousins of the Custard Cream were originally introduced in 1910, with a name that comes from the former French royal House of Bourbon.

A snack time classic, and no mistake – but are we the only ones who have always referred to them as chocolate Bourbons, rather than just Bourbons? 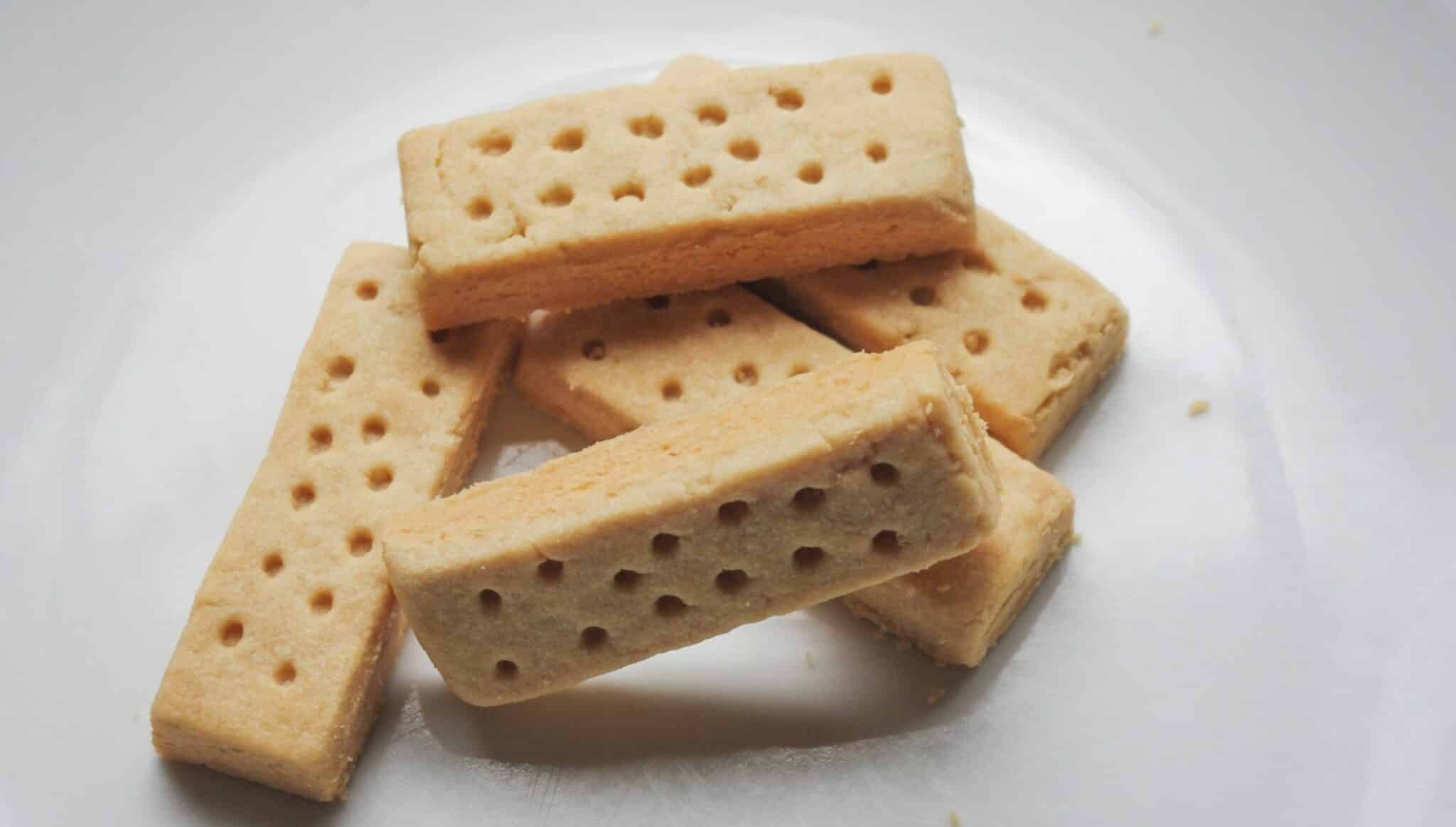 It may come as a surprise to see such a high ranking for this simple baked delight, traditionally bought in decorative boxes as an unimaginative Christmas present and/or holiday souvenir for your Grandma.

Even so, with their delicious buttery taste and they way they melt in your mouth, we will never, ever get tired of munching on a shortbread. 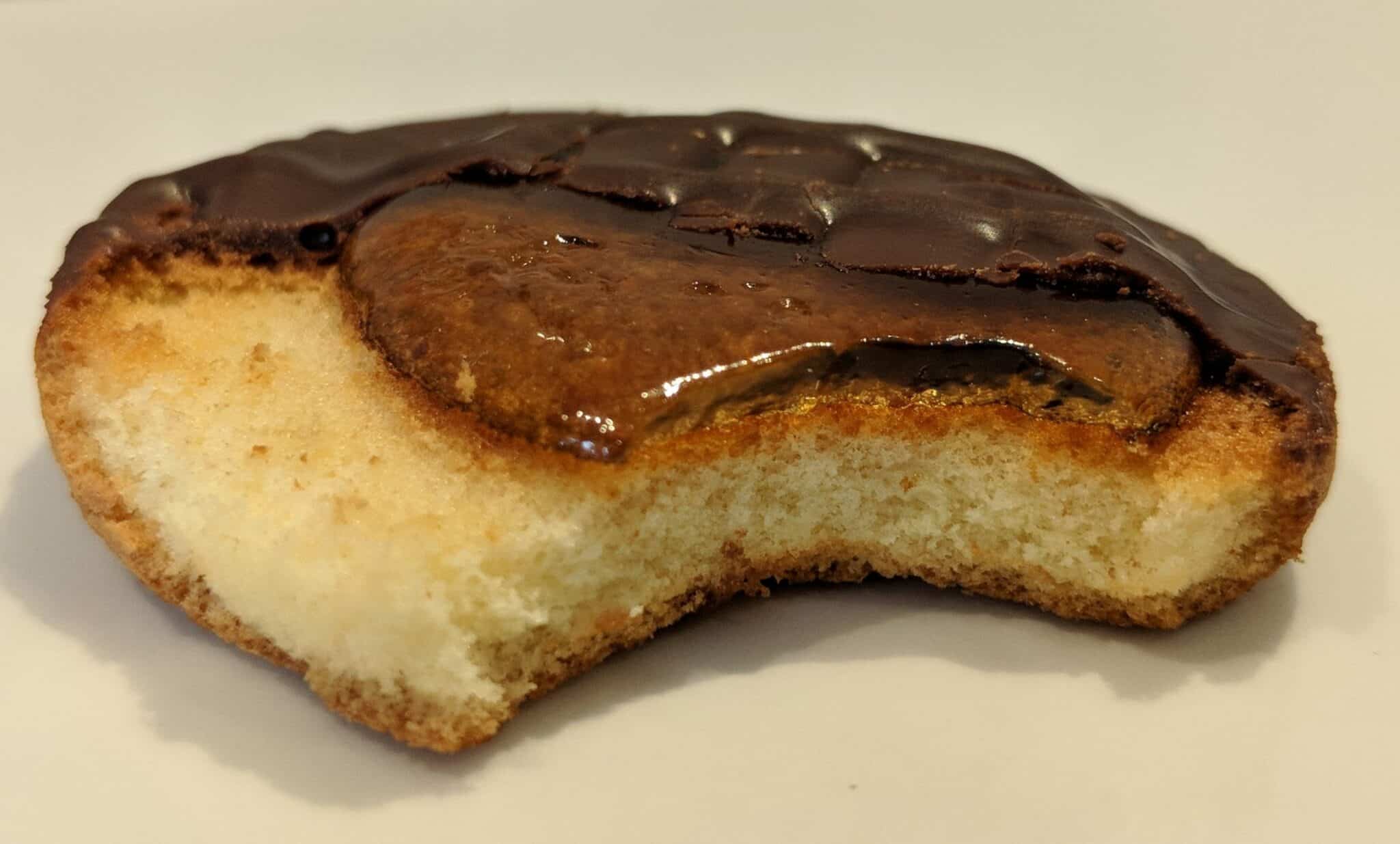 We cannot believe that Jaffa Cakes made it to number one on the list of the nation’s favourite biscuit, especially since they have been classified as cakes since 1991 for tax reasons. (Plus there’s the use of the word ‘cake’ in their name!)

But make it to number one they did, and though we may dispute their biscuit status, who among us would deny that Jaffa Cakes are gorgeous?