Only in South Africa! Reports are emerging that a lion in the African nation has been arrested and sent to jail after successfully escaping from a wildlife park.

The lion in question was a rebellious young male (typical) who had clearly decided that he had had enough of life in the Karoo National Park, which is located in the Western Cape area of the country. The Karoo nature reserve is the legally-defined living area of the creature, who crossed a lion (sorry) last week after venturing outside of the territory. 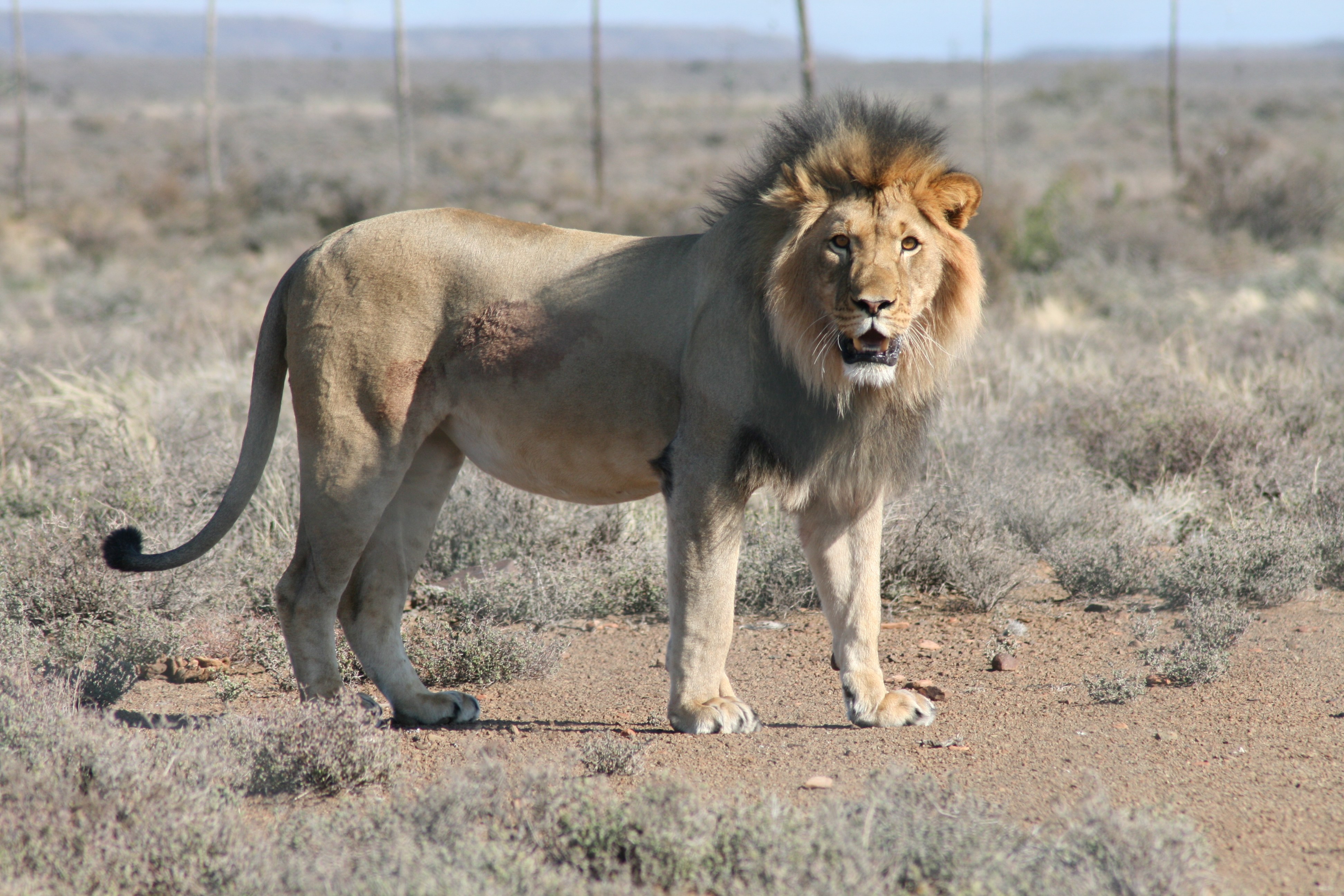 Apparently the lion managed to evade authorities for several weeks before the law finally caught up with him. After nearly a month of searching, South African National Park officials managed to locate the animal after receiving a handy trip from a local constabulary. The lion was caught last week, before being arrested and sent to jail by authorities to help him ‘sober up’.

While the lion hadn’t been enjoying a boozy night out on the town, he was shot with a powerful amount of tranquilizer after a Park Services helicopter spotted him prowling around the mountains near the Northern Cape town of Sutherlands (over 75 miles from the border of Karoo National Park).

Officers had the lion bang to rights and he was quickly shot with a tranquilizer dart to ensure that he wouldn’t put up too much of a fight. Unfortunately, there was no lion-sized crate on hand to safely transport the lion back to his home and instead the lion was forced to spend the night in a jail cell where plenty of visitors to the facility were able to take selfies with his unconscious body. 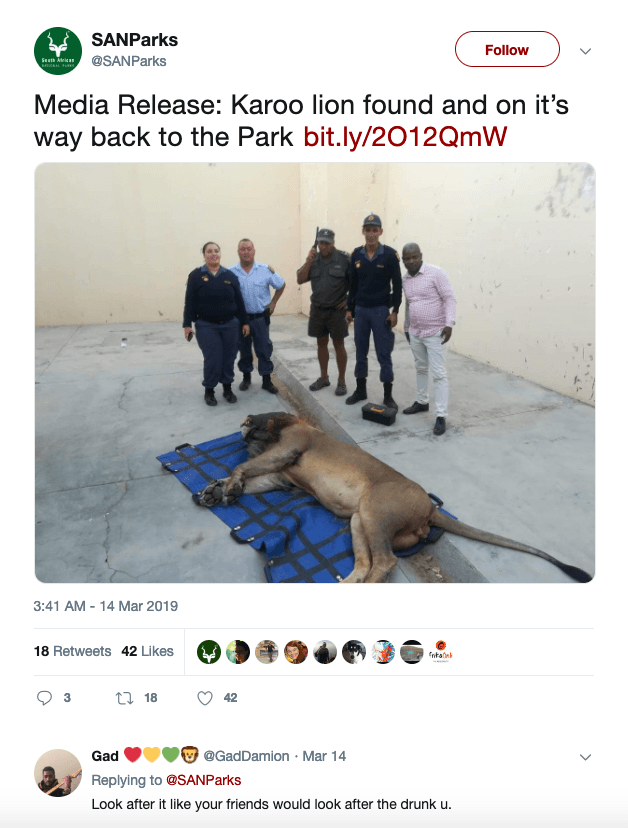 Nico van der Walt is the Karoo National Park Manager and he released an official statement on the incident, stating that the lion “looks very healthy and is currently in transit back to the Karoo National Park.” Van der Walt also paid tribute to the farming communities located in the Northern and Western Capes, stating that it wouldn’t have been possible to trace the animal without their help.

Farmers were in regular contact with the Park officers during the lion’s disappearance and made sure to notify the authorities any time they found lion’s droppings on their land. 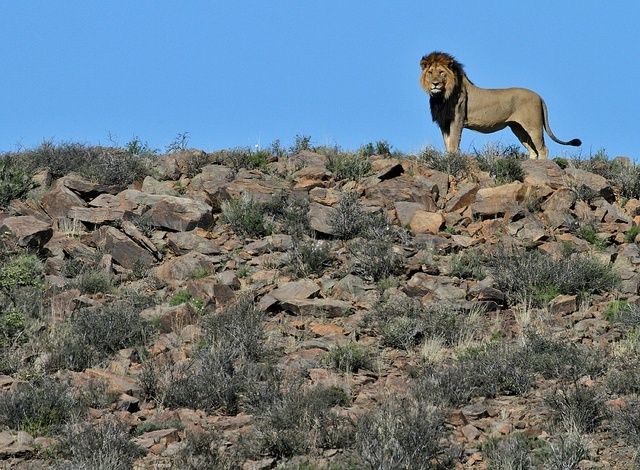 However, once a general idea of the lion’s whereabouts had been established, it wasn’t long before park staff were able to zero in on the fugitive. They used a helicopter to scan the savannah for the creature and fortunately an experienced officer was on hand to accurately shoot the lion with a tranquilizer gun.

Van der Walt also explained why the lion had been put in jail for the night, stating that they simply hadn’t had a proper crate to transport the lion safely. The park manager added: “Thankfully, Sutherland SAPS provided a holding cell for the lion until the arrival of a crate from the Addo Elephant National Park this morning.”

The rebellious lion was returned to Karoo National Park last Thursday. Authorities hope that his night spent in a jail cell (unconcious) has helped him to see the error of his ways! 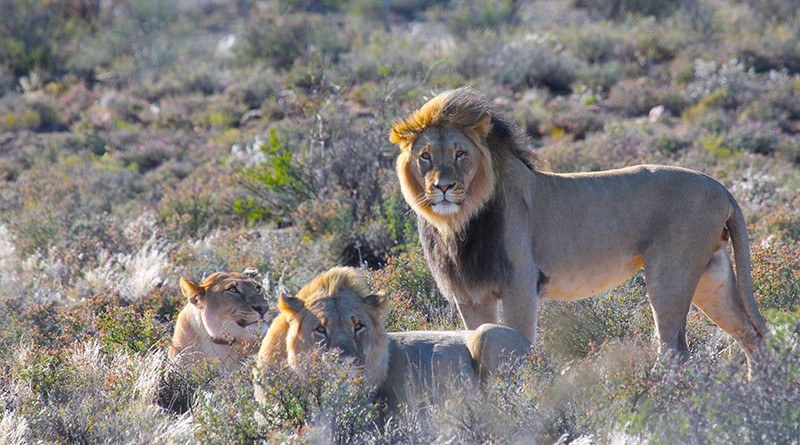