The 80s produced some of the greatest films of all time, and not only were they a great form of entertainment, but they taught us some seriously valuable life lessons. Although the 80s may have been over three decades ago, the issues explored in many films of the era remain hugely relevant to this day, defying the laws of time and acting as a valuable tutor for generations since the films’ release.

Whether you’re a member of the John Hughes fan club or more of a Spielberg kind of guy, there are a number of 80s films with messages that serve as important moral teachings. We’ve rounded up our top 10 80s movies that have taught us valuable life lessons, from E.T to The Shining.

Pretty in Pink is a film that defines an era, and has proved a truly timeless piece of artwork in the years since its release. Andie taught us many valuable life lessons, not least to be at one with yourself and know your own worth.

In the film, Andie falls in love with Blane, who many would consider to be socially “out of her league” (for want of a better term). Rather than try to change her demeanour or appearance, Andie is staunch in her belief that Blane should accept her for who she is.

Andie is unashamedly individual; she shops in thrift stores, drives a pink car and isn’t afraid to work in a record shop to support herself. She is a teen who truly has her head screwed on, and isn’t afraid to call people out when she feels she isn’t being given the respect she deserves.

When Elliott discovers an alien in his garden, he does not react with horror or judgement. Instead, he attempts to seek out the mystery creature, and goes to great lengths to protect him.

Although Elliott has never encountered an alien before, he treats him as one of his own. There is no us vs. them; merely two beings who share a common bond.

Unlike the adults in the film who are determined to track down and imprison the creature, Elliott understands that all living beings deserve a chance at life, regardless of their species. Just because we are different to them, does not mean we are superior to them. Surely this is a lesson that all of us should learn?

When 12-year old Josh Baskin wished to be big, he got far more than he bargained for. But let’s be honest, when you were a child, how many times did you wish you were all grown up? Free to play and watch TV all day, free from school and nagging parents.

But just like the rest of us, Josh soon learns that adulthood isn’t all it’s cracked up to be. There are bills to pay and mouths to feed, and time suddenly starts moving very quickly, slipping away in the blink of an eye.

Josh taught us that wishing your life away will only make your precious time here on earth less valuable. Life is short and meaningless, but against the odds, we were given the chance to experience to experience it. Carpe diem and all that jazz.

Ferris summed it up pretty aptly when he said “Life moves pretty fast; if you don’t stop to look around once in a while, you could miss it.” It’s true that sometimes we focus so much on doing the right thing, that we forget to enjoy ourselves in the process.

And really, what is the purpose of living if we do not enjoy our time here on this planet we call home? Ferris Bueller’s Day Off epitomises the phrase “live each day as if it’s your last”, and he makes it his mission to throw caution to the wind and truly embrace life.

Joy riding might not exactly be particularly socially acceptable, but what is life without a little risk involved?

Standing outside your lover’s house with a boombox might not be a particularly original way of expressing one’s affection, but it sure is an effective one. Despite the fact that Lloyd (John Cusack) has just been dumped by the love of his life; he’s not afraid to let a good thing slip away.

Now, just to be clear, we are not advocating harassing your ex, but Lloyd’s romantic gesture does actually pay off (albeit a few days later), and his beliefs that Diane is “the one” are reaffirmed.

Although it might be slightly tricky to locate a boombox in the 21st century, Say Anything is a testament to the fact that if you want something, you have to work for it, and that if you love someone, let them know. After all, what’s the worse that could happen (bar intense mortification, that is)? 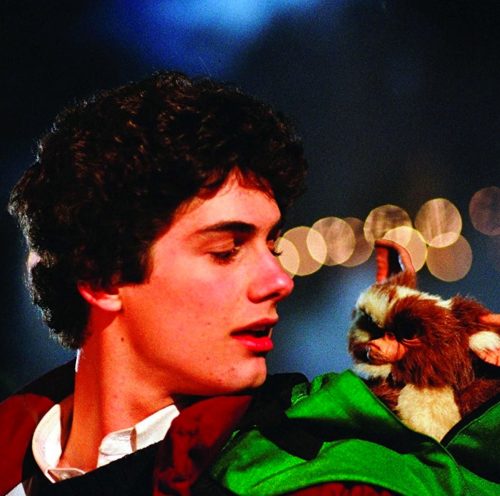 Gremlins is perhaps one of the most heartwarming films of all times, and not only is it quality entertainment, but it also teaches us several life lessons, the most valuable being “don’t leave things until the last minute”. When Randall Peltzer realises he has yet to buy a Christmas gift for his teenage son, Billy, he resorts to visiting a Chinatown antique store in the hopes of finding inspiration.

However, due to the last minute nature of the visit, Randall is forced to make a rash decision which he would later come to regret. Without undertaking any prior research or preparation, Randall purchases a Mogwaii, with inevitable consequences.

Not only does Randall rush into buying this new pet, but he fails to listen to the shopkeeper’s instructions on how to care for the creature. Moral of the story: start your Christmas shopping early.

Most schools have their cliques, and its very rare that students will attempt to build bridges and interact with members of social circles outside of their own. When five students from Shermer High School are forced to spend their Saturday in detention, they soon realise that they have more in common than one might expect.

The Breakfast Club truly exemplifies the phrase “strangers are just friends you haven’t met yet”, and proves that sometimes it pays off to venture outside of your comfort level.

The film also serves to remind us that we are all different, but this does not mean we should be divided. In the words of Andrew, “We’re all pretty bizarre. Some of us are just better at hiding it, that’s all”.

Jack Torrance is ecstatic at the chance to move to a hotel in the isolated mountains and reignite his writing career, but it turns out that things are not all as they seem…

Jack is overwhelmed by the amount of work he is required to undertake, and the stress soon starts to get the better of him. In fact, he quite literally turns into an axe murderer.

Surely this goes some way to prove that a work/life balance is essential. As the old adage goes, “all work and no play makes Jack a dull boy”.

The Heathers were the mean girls of their time; a group of four girls who demand absolute perfection from all of their members. When Veronica joins the troupe, she discards her morals in order to fit in; mocking other students and helping to carry out cruel pranks.

By the end of the film, Veronica (rather predictably) realises that its not so much the social status of the company you keep that matters; rather their personalities and sense of morality.

In typical teen movie style, Veronica learns to accept her flaw and quirks, instead of trying to mould herself into something she is not in order to impress other people.

When Samantha Baker wakes up on the morning of her 16th birthday, she is disappointed to learn that her big day seems to have completely slipped the minds of her family members. Sam is immediately overcome by feelings of self pity, which she decided to indulge.

Perhaps Sam would have been happier had she taken her happiness into her own hands instead of relying on others. It’s easy to plunge into a state of dejection, but this only compounds Sam’s feelings of frustration and anguish.

Life is too short for self pity, and it’s important to make your own happiness your priority. After all, if you don’t care for yourself, how can you expect others to?