17 Ice Creams And Lollies We Loved To Lick As Kids

The chime of the neighbourhood ice cream van was a daily occurrence for the majority of kids in the 80s. For many, it was the highlight of the afternoon during the hot summer holidays. 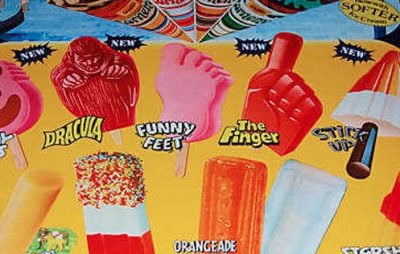 Even nowadays, let’s face it; no summer is complete without mountains of delicious ice cream and lickable lollies. 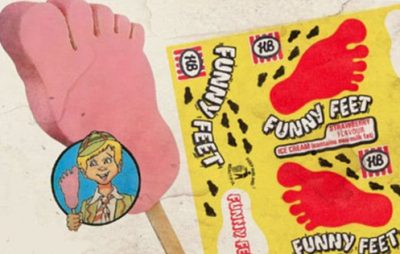 A giant strawberry flavoured ice cream foot was one of the favourites of children back in the 80s. The “greatest feet are the feet you eat” was one of the slogans Wall’s used to market this novelty ice cream. They disappeared from ice cream vans and shops in the 90s. However, public demand saw them reintroduced in 2013. 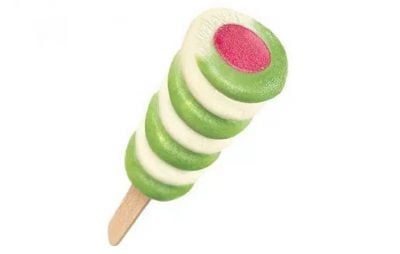 Launched by Wall’s in 1982 this popular ice cream lolly is still going strong. Pineapple and lime ice cream swirled around a strawberry ice core – it’s a winning combination. Over the years other flavour combinations have been introduced but nothing beats the original. 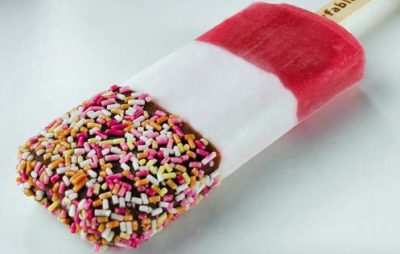 No list would be complete without a nod to the Fab lolly which has been going strong for over 50 years! Introduced in 1967 by J. Lyons & Co. Ltd. the ice lolly is made up of three layers – a strawberry ice base, vanilla ice middle and a chocolate and sprinkled covered top. 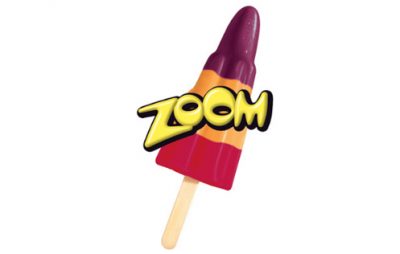 Capturing kid’s fascination with space travel, Zoom was another Lyons Maid creation. Sadly, the triple flavoured Zoom lolly is no longer in production, seemingly replaced by other rocket shaped lollies. 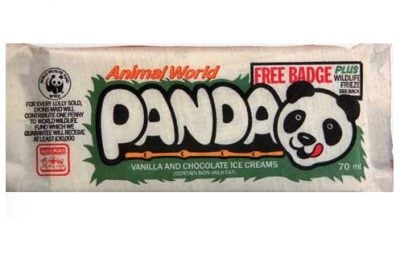 This 80s vanilla and chocolate ice cream shaped like a panda’s head was sure cute and raised funds for the WWF. 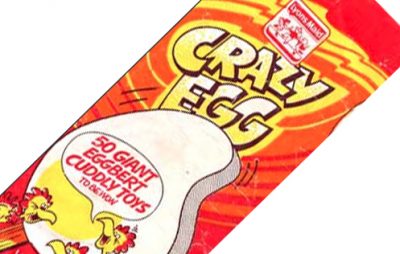 Another novelty shaped ice cream but this time of a misshapen vanilla ice cream shaped egg with a tasty pineapple yolk. 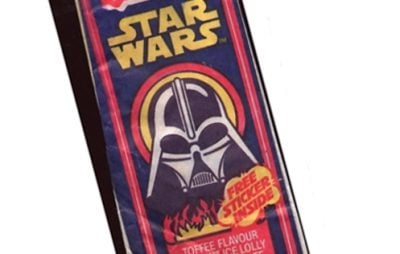 1980 saw the release of the second part of the original Star Wars trilogy or Episode V as it’s now known. To celebrate kids got to tuck into a chocolate and sugar ball covered toffee and mint flavoured ice cream lolly… interesting flavours! 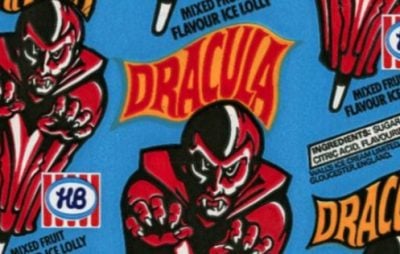 Wall’s Dracula shaped ice lolly was a fang-tastic favourite for kids in the 80s – the strawberry lolly even turned your tongue bright red. Wall’s resurrected Dracula in the early noughties but these were based on an earlier Wall’s lolly called Count Dracula’s Secret. 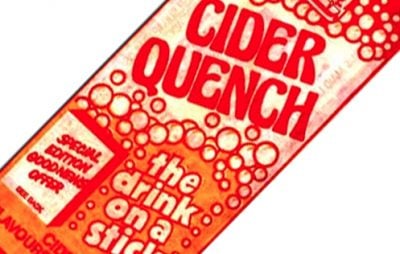 Cider Quench was one of the cider-flavoured lollies available in the 80s. Nothing was more fun than giggling and pretending to be tipsy while enjoying a Cider Quench. 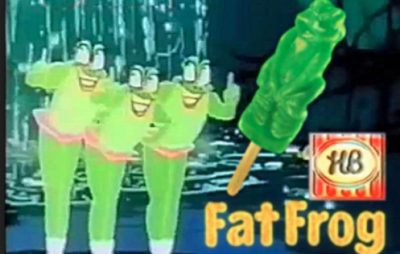 Fat Frog was the bright green, fruit flavoured frog shaped ice lolly that tasted great. Particularly popular in Ireland where there have been petitions to bring this fun favourite back. 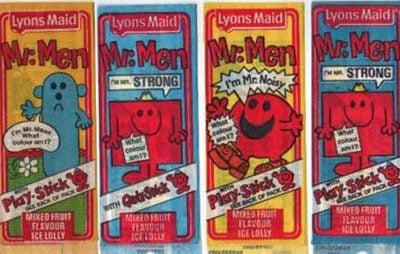 Aimed at younger children, these mixed fruit flavoured ice lollies featured the characters of Mr Men on the wrapper and sometimes had a quiz or joke on the stick. 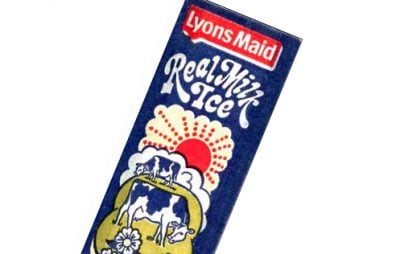 Launched in 1980, Real Milk Ice was essentially a grown-up version of Mini Milk. Also available at the time were Real Orange and Real Apple ice lollies. 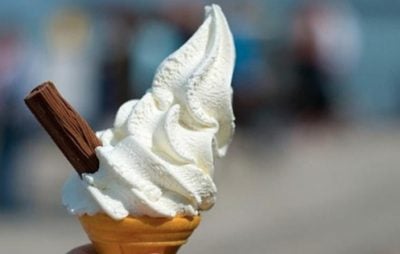 The ultimate ice cream van treat, Mr Whippy originated in the UK way back in 1958 and Wall’s acquired the brand in 1964. The delicious vanilla soft serve ice cream is still as popular as ever today but the real dilemma was always what to have… One flake or two? Single or double cone? Sauce – strawberry or chocolate? So many options! 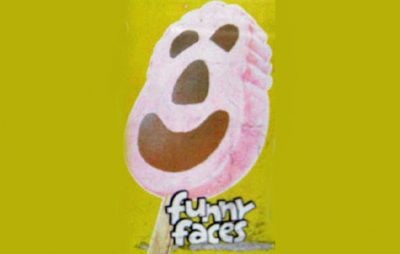 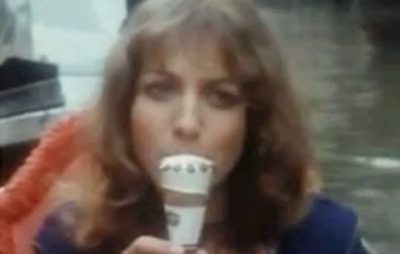 The Cornetto was introduced in 1959 and originates from Italy. However, in the 80s the infamous ‘O Sole Mio’ adverts were broadcast for the first time and the campaign ran for an impressive ten years!

And just in case you’ve forgotten the words, here they are:

Just one Cornetto,
Give it to me,
Delicious ice cream, of Italy,
Creamy vanilla and choco dream,
Give me Cornetto from Wall’s ice cream.

Still available today, the brand recently launched a vegan and gluten-free Cornetto in the UK. Bellissimo! 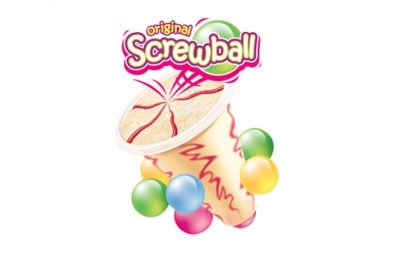 Another ice cream available from ice cream vans and the occasional supermarket is the Screwball. Usually a vanilla ice cream with a strawberry ripple, the novelty was the ball of brightly coloured chewing gum at the bottom of the container and more often than not this tasted stale but that didn’t stop us buying them! 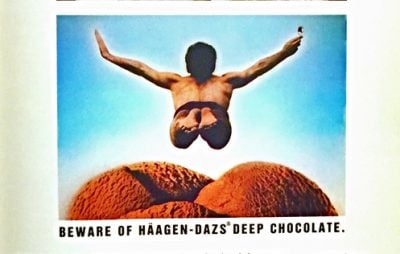 The introduction of Haagen-Daz to the UK market in 1987 marked an era of luxury ice creams. It also encouraged the purchasing of ice cream from supermarkets as opposed to ice cream vans, which has contributed to the declining demand for them.

Do you remember eating all of these ice creams and lollies in the 1980s? Let us know in the comments section!