Unless you’re just not a contemporary music buff in the slightest, you’re bound to have heard of pop sensation, Nicki Minaj. The 35-year-old singer and rapper has become one of the leading artists of the modern day; selling an impressive 80 million singles and over five million albums worldwide. Best known for her hits ‘Superbass’ and ‘Starships, you’re likely to have busted a few moves to her tracks on the dancefloor at a party or a club over the last few years.

Although you may be a huge fan of the star, do you really know everything there is to know about her? Here are 8 things you probably weren’t aware of until now:

You may be disappointed to learn that the singer’s real name isn’t actually Nicki Minaj – I know, devastating right? It is in fact, just her stage name.

Her real name is in fact, Onika Tanya Maraj. Not exactly a boring name – hmmm, wonder why she didn’t keep it? 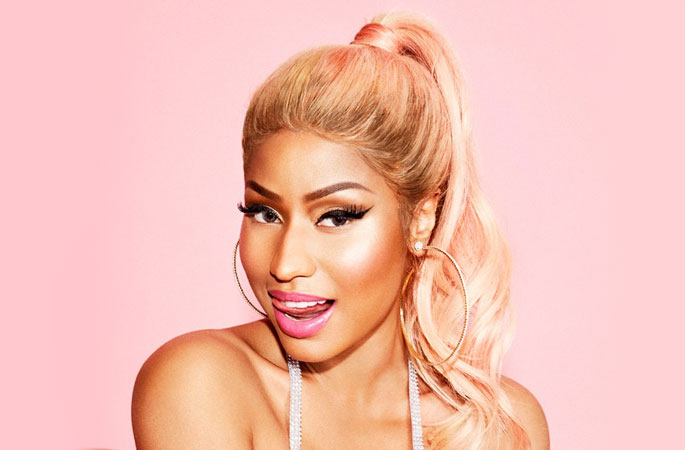 The singer claimed she was forced to change her name by the record label, but really isn’t a fan of her fake surname ‘Minaj’ at all.

Nicki wasn’t happy one bit about the name-change 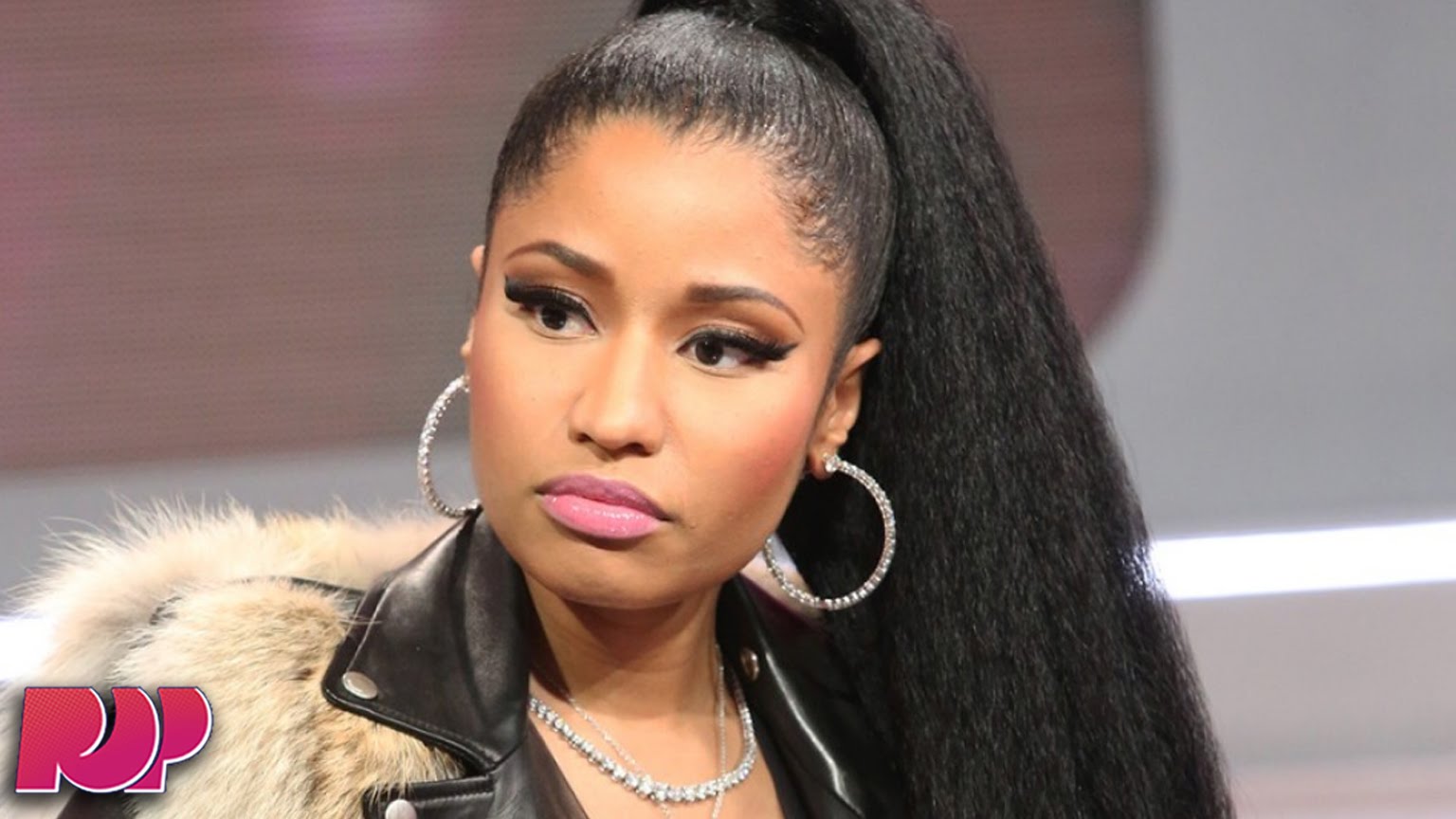 According to Vogue, the singer said: “Somebody changed my name. One of the first production deals I signed, the guy wanted my name to be Minaj and I fought him tooth and nail. But he convinced me. I’ve always hated it.”

2. As a child, she pretended to be other people

Although Nicki Minaj turned out to be her stage name in later life, she also took on different personas as a youngster.

She was keen on acting in high school 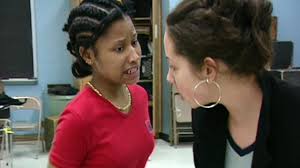 She claimed it was due to her parent’s fights, that she turned herself into a character and be someone completely different as a form of release.

She would act out 15 different characters 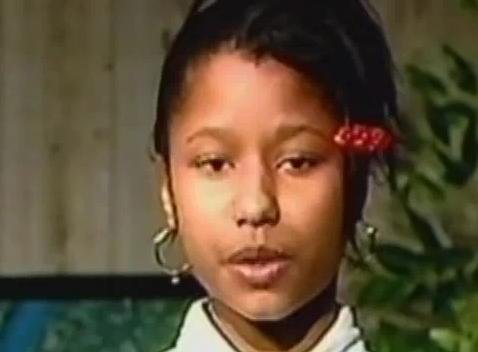 In 2010, she spoke to New York Magazine, saying: “To get away from all [my parents’] fighting, I would imagine being a new person,”.

‘Fantasy was my reality’ 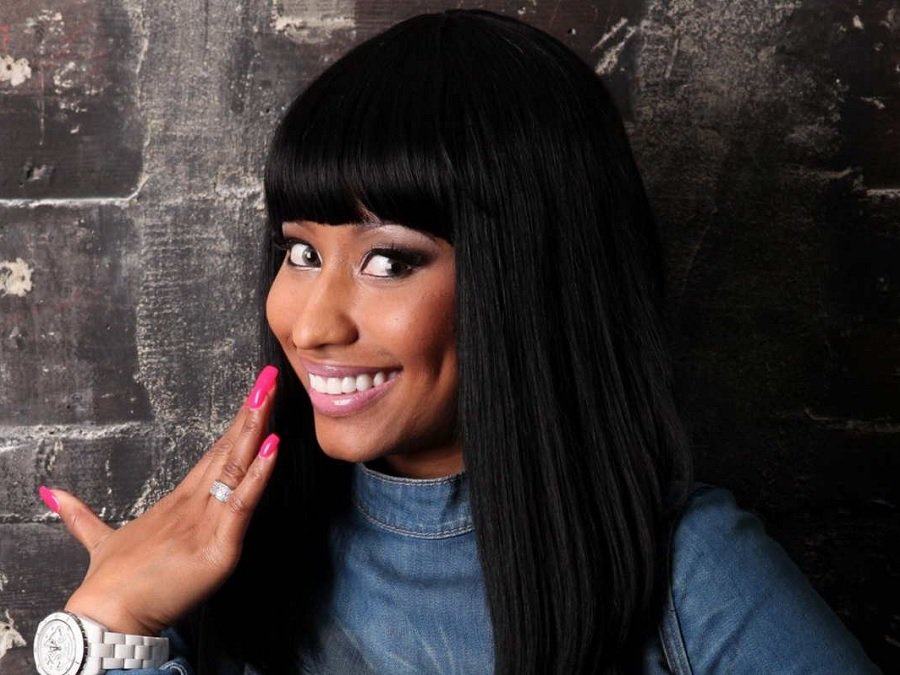 “Cookie was my first identity—that stayed with me for a while. I went on to Harajuku Barbie, then Nicki Minaj. Fantasy was my reality. I must have been such an annoying little girl.”

3. Her song ‘The Boys’ was inspired by her personal life

It’s nothing new that singers use their own experiences to come up with the lyrics to their songs, but Nicki’s song ‘The Boy’s has some truly deep-rooted origins.

Nicki as a baby with her mum 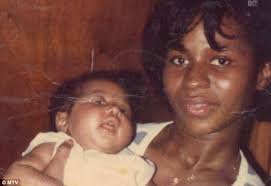 The song was in fact, inspired by the domestic violence she witnessed within her home as a small child. Her father would beat up her mother and even tried to burn the house down on one occasion.

A recent photo of Nicki with her mum 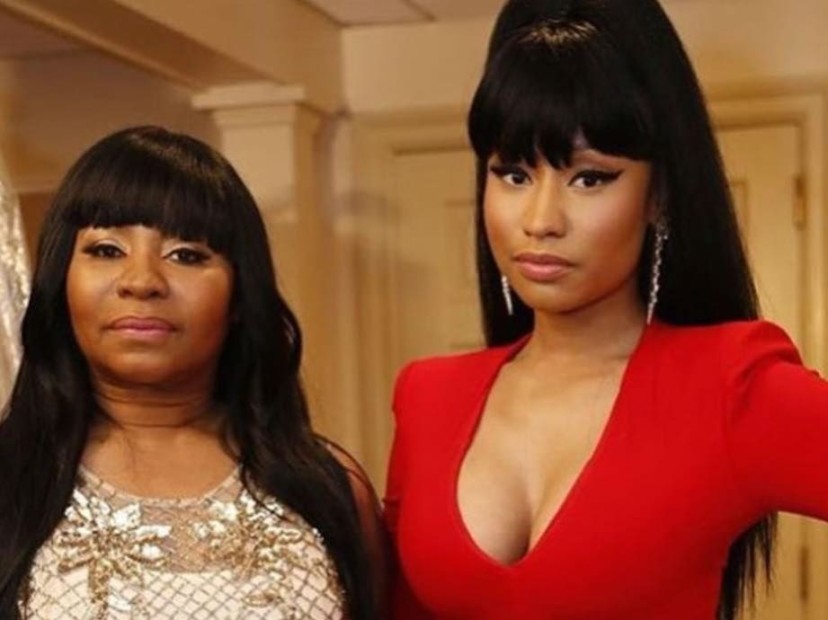 As a result, Nicki went to live with her grandmother as a form of protection from her abusive father.

Nicki (middle), her brother and her mum 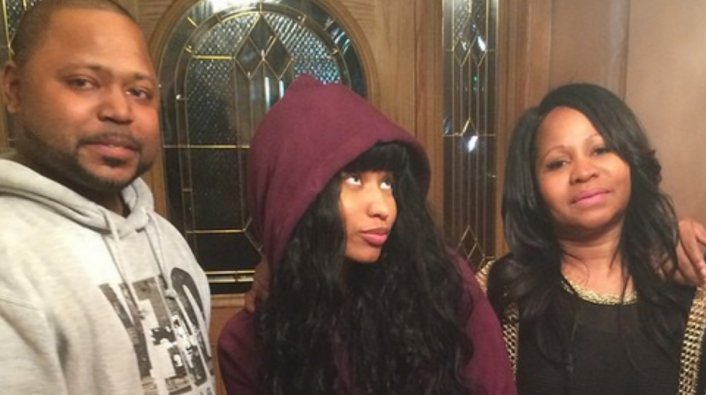 Nicki always wanted her mum to feel empowered and claims she feels as though her success in the music industry has given her a new lease of life.

4. She loves her teddies and treats them like kids

Okay, when you’re small, holding onto your teddy is a fairly normal thing to do – but at aged 35, perhaps not.

Hey, why should we judge? 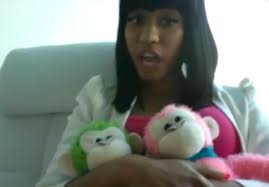 Nicki has confessed that she carries seven stuffed toys around with her whenever she travels long distances.

She loves her monkeys 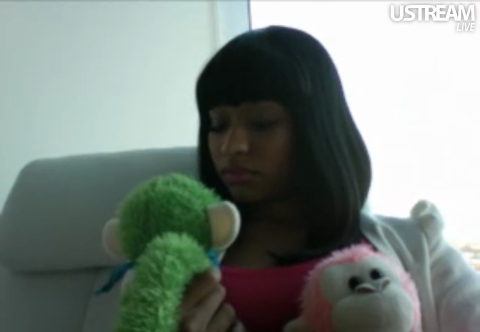 She once stated that she treats them as though they’re her children and will even make conversation with them if she’s alone.

She adores stuffed animals so much, she wore a dress decorated in them 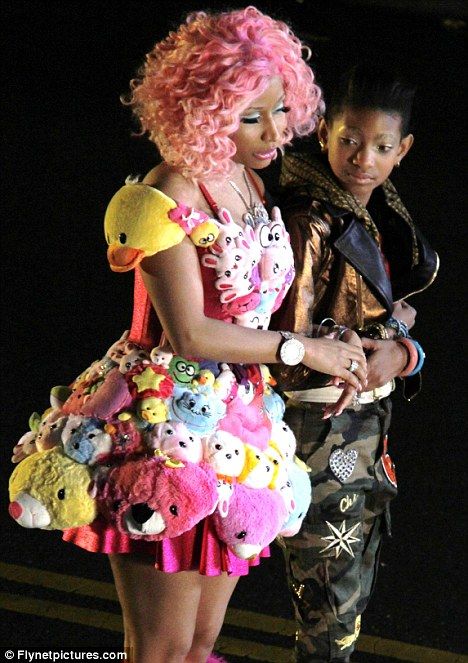 She once lost her favourite pink stuffed monkey, ‘Oscar’ at an airport and offered a $50,000 reward if anyone found him – not bad for an afternoon’s work.

5. She was fired from her job

We all have to start somewhere to get on the career ladder, but it’s never a good thing to be sacked from a job when you’re a kid. 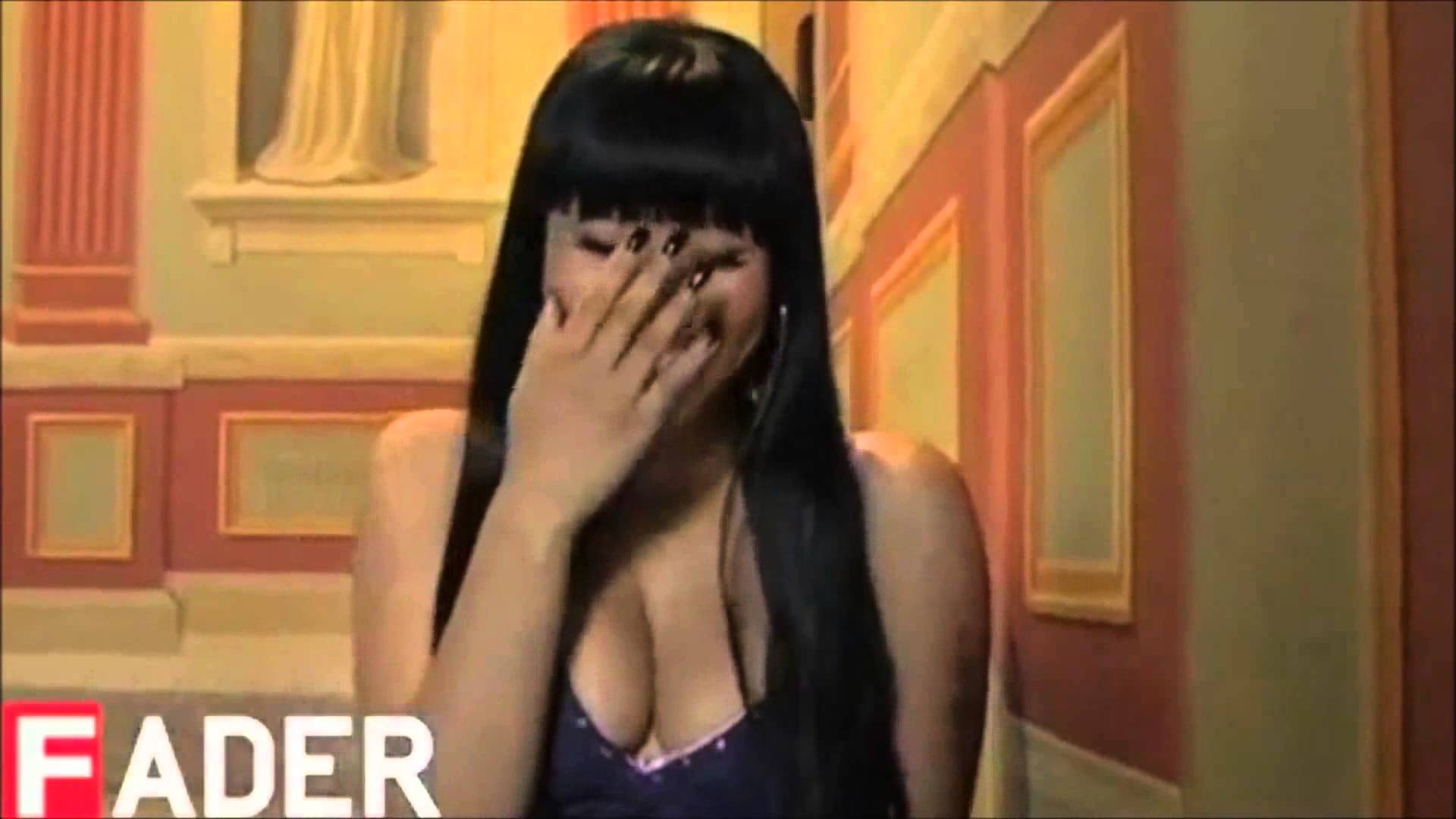 As a teenager, the star worked as a waitress at the Red Lobster in the Bronx, New York to earn a bit of spare cash at the weekends. 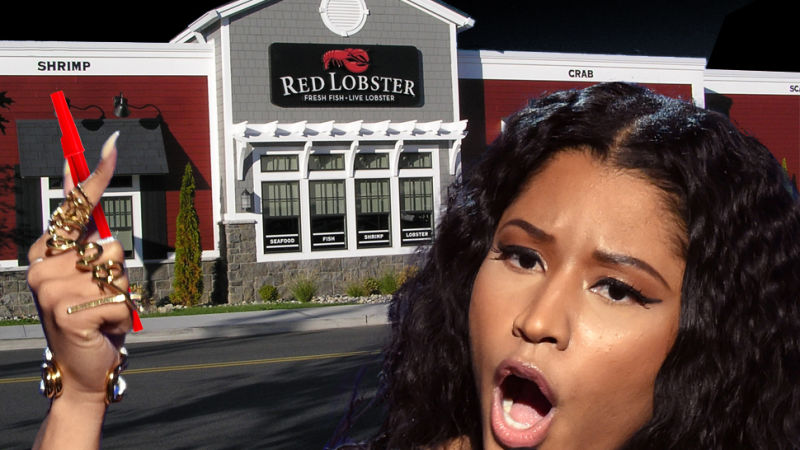 According to a source, she wasn’t exactly a favourite with customers and her service would often be quite poor.

…so she ended up getting the boot. 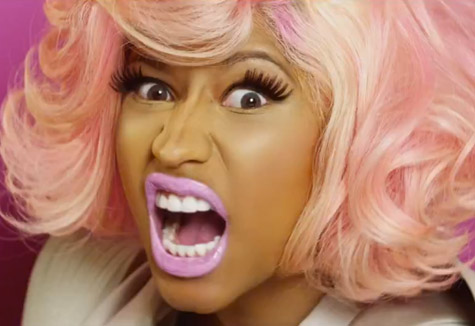 In the end, the company fired her from her position at the restaurant, but who was to know who that teenager would one day become. The last laugh’s on you, Nicki!

There have been rumours that Nicki may actually be a mum after getting pregnant whilst in a long-term relationship with a boy named Safaree Samuels in high school.

Nicki as a teenager 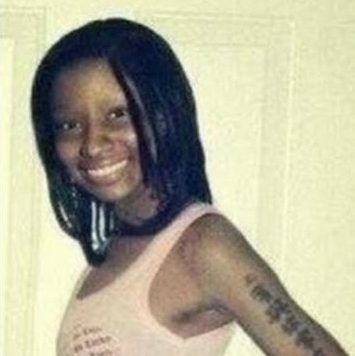 It’s all just speculation of course, but there are old photos of Nicki seemingly sporting a baby bump – interesting.

She did write a song suggesting she had an abortion 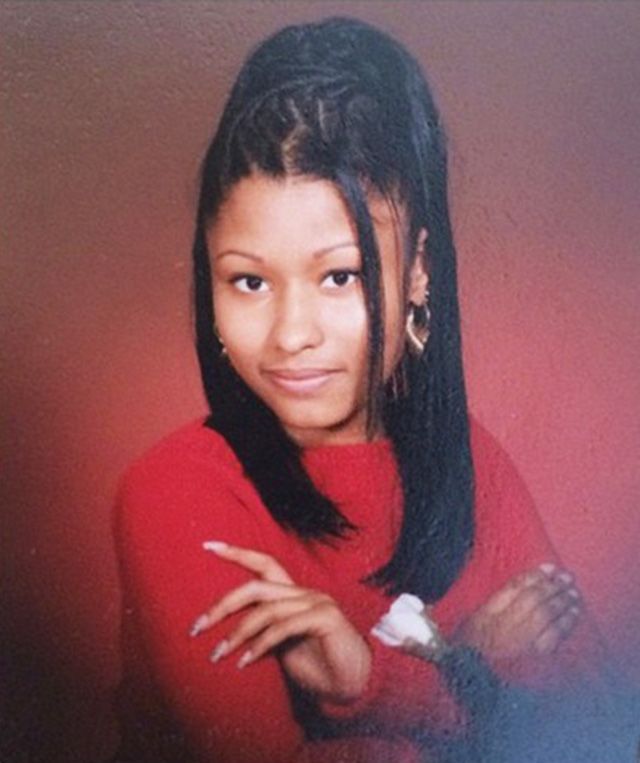 Some said that the baby was adopted, others have their suspicions that the child is still being reared by Nicki out of the public eye, but her song ‘All Things Go’ suggests she may have had an abortion. 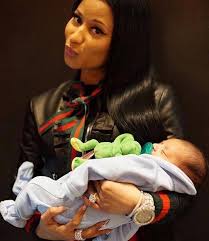 Even Nicki’s biggest fans aren’t sure on this one, so it’s fair to say that the singer is very good at keeping some aspects of her private life very much a secret.

7. She may have dated Lil Wayne

Nicki has always had a close bond with Lil Wayne after he got her signed to his record label ‘Young Money Entertainment in 2009.

A snap from when Lil Wayne first signed Nicki 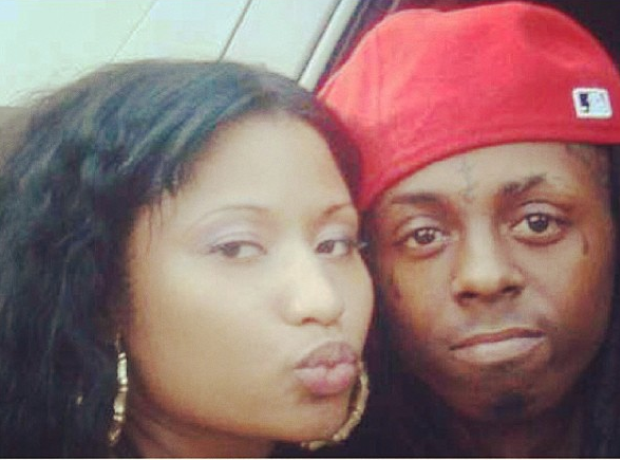 However, there were rumours that the pair once dated, as Nicki made some bold moves when LY had a major bust-up with the record label.

BF and GF or just friends? 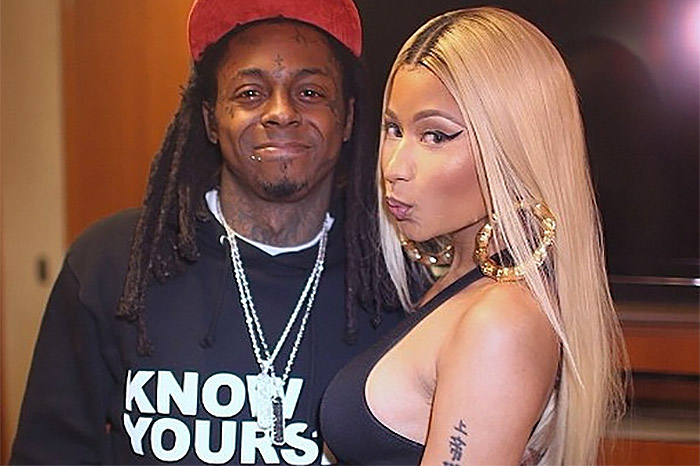 When she held a party, she banned bosses of the record company from coming along, so it seems she had some serious loyalties with the rapper.

They look cute together, regardless 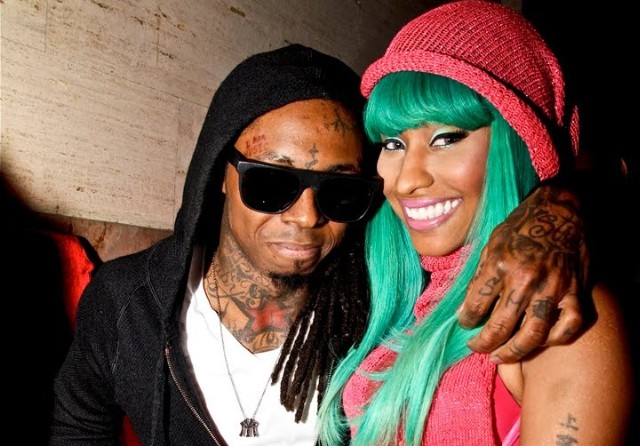 There were also reports that she bought him a car for his birthday. I mean, we all love our friends and would most likely do anything for them – but a car…really?!

8. She has collaborated with big brands and earned millions for charity

Nicki’s makeup is totally on fleek and if you were wondering which brand’s she’s a fan of, they are actually those that are within our reach and can actually afford. 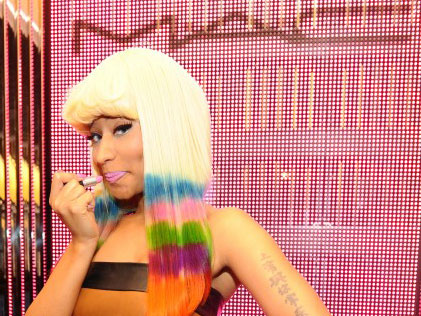 She has always been keen on the likes of MAC and OPI, so she went on to release her very own range of products with the brand. 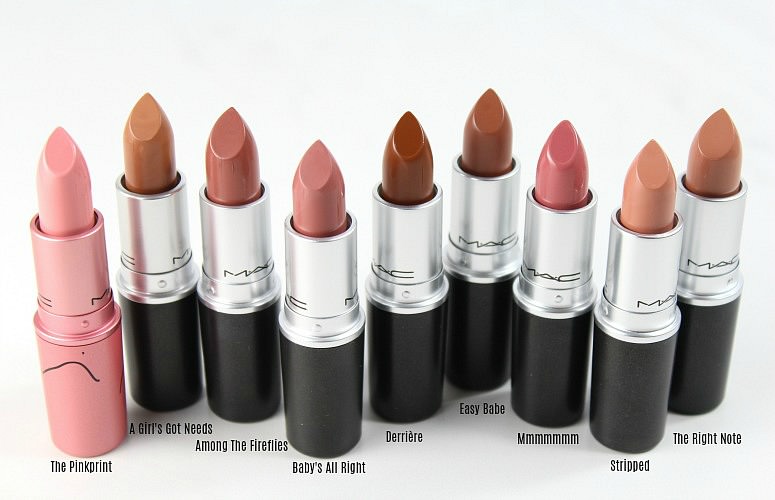 The star has been a part of a few charity campaigns are raised over $250,ooo for AIDS in 2012, she also worked with MAC to raise some big cash.

She released one particular lipstick solely for charity 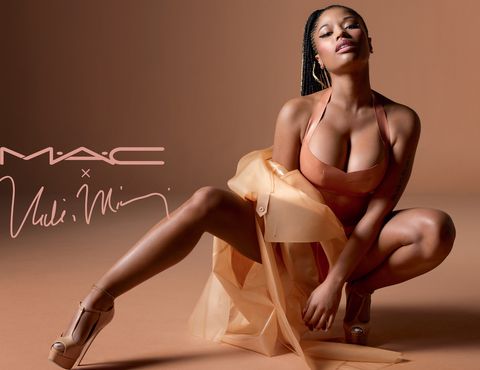 With the help of the make-up brand, she released the Viva Glam lipstick, in which 100% of the profits were donated to charity. It’s nice to know such popular celebrities are doing their bit to help those in need.