8 Shops All 80s Kids Would Love To See Again

They tell us that the high street is dying, and when we tot up all of the shop chains that have met a sad demise since we were children, we’d be hard pressed to disagree.

We’re sure that, like us, you spent hours browsing your local town centre during your youth, and whether it was with the aim of purchasing music and clothes, or simply to spend time hanging out with your friends, we bet you have many happy memories of shopping in the late 80s and early 90s.

Below are 8 shops that we believe all 80s kids would love to see again, but be sure let us know if we’ve dared to leave your favourite deceased store off the list! 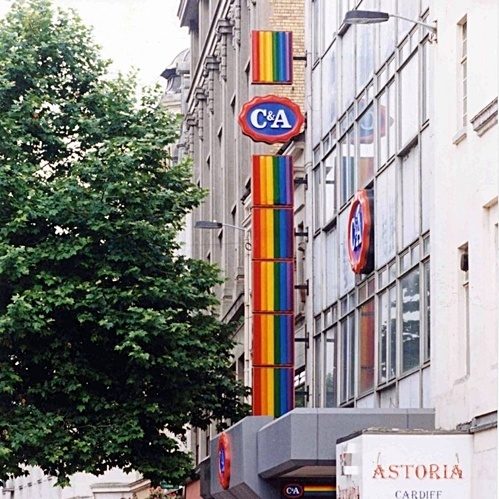 One of a handful of stores we always think about when we reminisce about high street chains that no longer exist, C&A reminds us of shopping with our mum, and whilst we probably complained about shopping with her when we young, now that we’re adults with children of our own, we actually really miss it.

C&A withdrew from the UK in the year 2000 after a whopping 78 years, with Primark buying 11 of their stores. There are however still a number of C&A stores throughout Europe that are still in operation, including 467 in Germany, 169 in France, 138 in Belgium and 124 in The Netherlands, where it originated back in 1922. 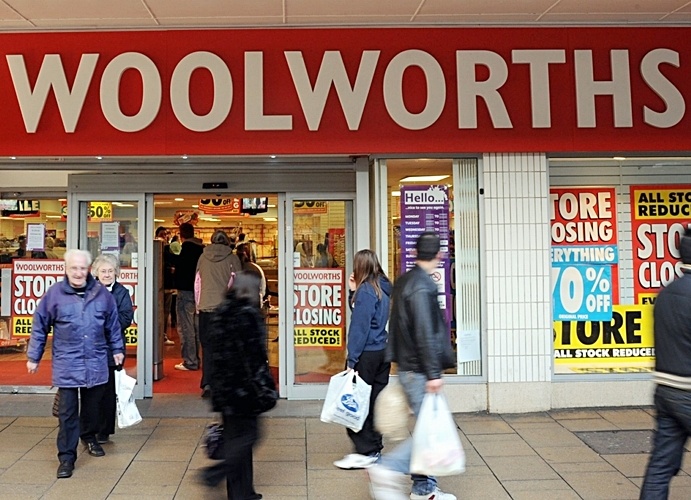 Quite possibly the greatest shop of our entire youth, Woolworths seemed to contain absolutely everything you needed under one roof, although as children we of course always made a beeline for their generous Pick and Mix selection.

Woolworths sadly entered administration in 2008, and all 807 stores were closed within a week, resulting in 27’000 people losing their jobs. However, we do have good news, as there is talk of Woolworths making a comeback in the UK high street, with its former director looking to buy back the name. Fingers crossed! 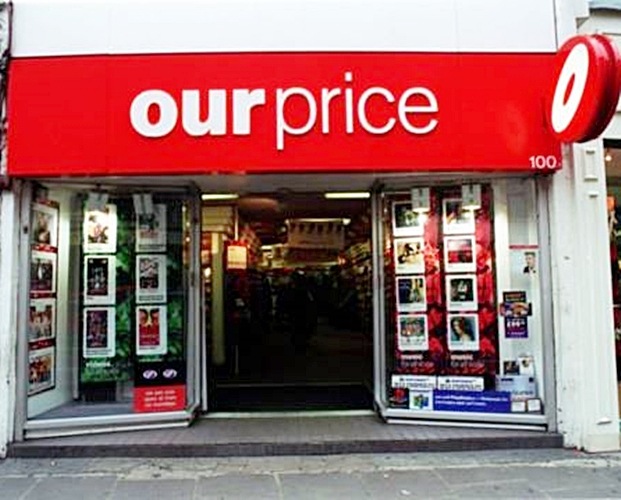 The only common alternative for HMV when we were youngsters, we have many happy memories of purchasing records from Our Price; on Vinyl to begin with, but later also on Cassette and Compact Disc. The first album we ever owned was Kylie Minogue’s debut effort, can you remember yours?

Our Price was founded all the way back in 1971, but in 2003 the final store (located in Chesterfield) was closed. We would love to see it make a return to our high street, but in the day of music streaming services such as Spotify, we very much doubt that will ever happen. 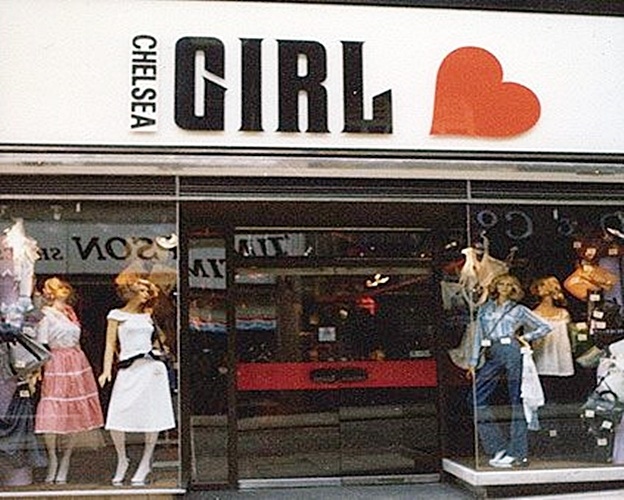 There are a number of shops we suspect you Eighties Girls hold dear to your hearts, and Chelsea Girl must surely be right at the top of the list.

Chelsea Girl was a young women’s clothing shop, which in 1991 merged with Concept Man, which is now known as River Island. 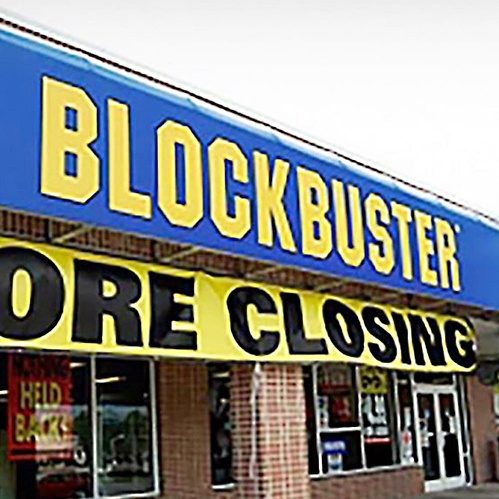 We love movie streaming services as much as the next person, but we also really miss the thrill of walking around our local Blockbuster store, pursuing the different VHS boxes, reading the blurb on the back and looking at the amazing covers and photos. There was so much choice and it was so difficult to choose what you were going to rent next, but that was half the fun.

Sadly, Blockbuster are no more, but whilst their last store officially closed in January 2014, a twitter account professing to be ‘The World’s Last Blockbuster’ did appear a few years ago, and they claim to be located in the US ‘between 3rd and Main in the Oak Lawn Shopping Center’ (wherever that is). 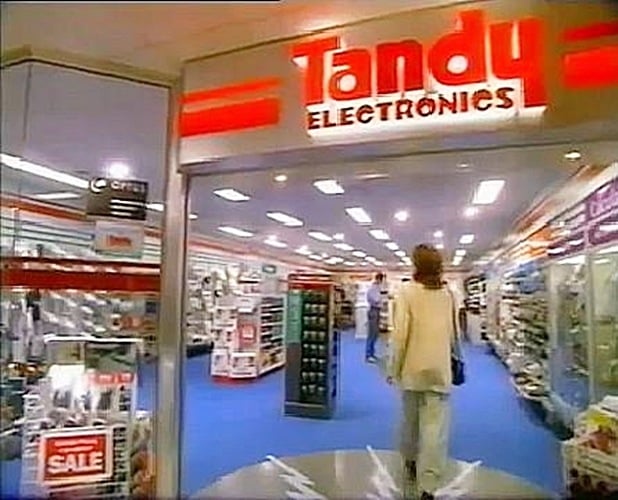 Electronic shops were ten a penny when we were kids, but sadly many befell the same fate as Tandy after it was purchased by Woolworths, who sadly phased it out in 2011.

Tandy was founded all the way back in 1950 as a leather company, but changed its focus to electronics in 1963 after it purchased another company called RadioShack. Do you remember shopping in it? 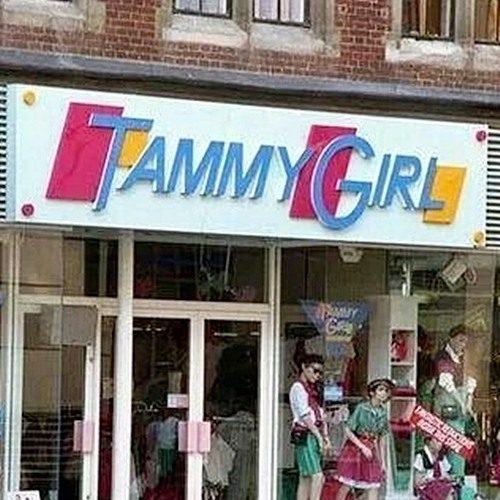 If you don’t remember shopping at Chelsea Girl, then surely you remember Tammy Girl, with its colourful clothes and funky accessories?

Tammy Girl was purchased by BHS in 2005, and that sadly meant the end for the chain as BHS incorporated it into its own stores. Not only that, but BHS is also no more, having entered administration in 2016. 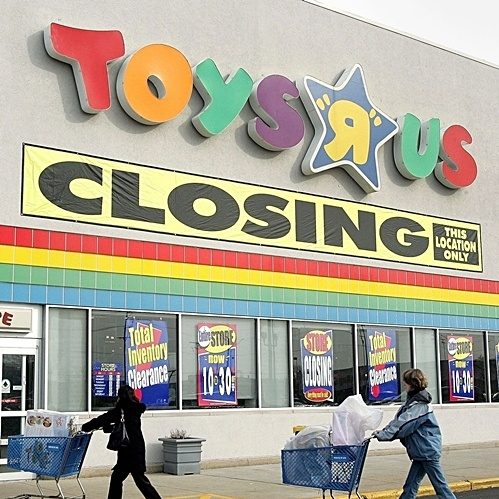 Taking a once a year trip to our nearest Toys R Us was quite possibly the greatest thrill of our entire childhood, with the toy filled shelves rising around us making us think we had prematurely died and gone to heaven.

Sadly, administrators entered and shut down the entire range of Toys R Us and Babies R Us stores, which meant that 3000 people lost their jobs. It marked the end of an era, and it’s quite probably the one shop that we will miss the most.