8 Videos Of Celebs Being Attacked By Fans

The lives of the rich and famous may seem enormously appealing to those of us with normal lives and regular jobs, but the reality is often far from perfect. In addition to being constantly hounded by the press and paparazzi who want their pound of flesh, there are also occasions when their very safety becomes threatened. 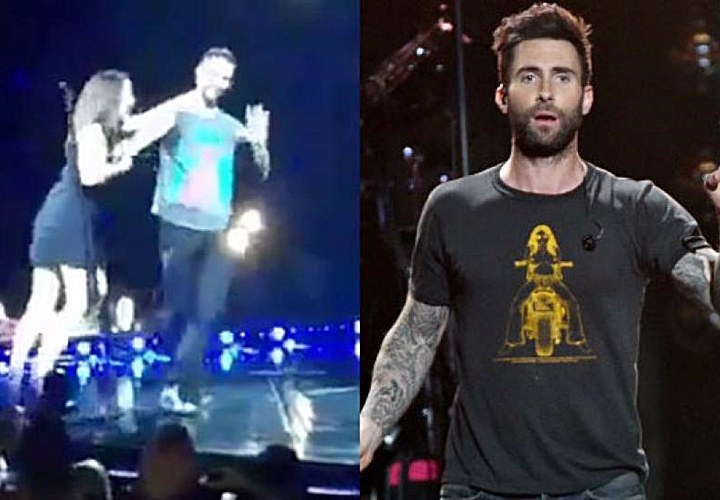 Because, despite having access to security guards and bouncers, there are some occasions when fans get far too close to their favourite celebrity, occasionally with shocking consequences. Below are 8 examples of celebs being attacked by fans, and they may cause you to think twice the next time you have that dream of being a world renowned singer or actor!

If you’re aware of any examples of celebs being attacked by fans that we haven’t included on this list, then please post a comment letting us know. And be sure to share this post with your friends and family, so that they too can find out about these shocking celebrity attacks!

In one of the more shocking examples of fans going too far, Beyonce was actually dragged off stage by a shirtless gentleman during one of her performances.

Once she makes it back on the stage, the unbelievably calm Beyonce then encourages the crowd to be calm, saying that the man in question “just got excited” What a profeshttps://youtu.be/tvQo_vKjaZksional!

Adam Levine is another singer who was once accosted on stage by an extremely over excited fan.

It appears that the lady in question only had love for the Maroon 5 lead singer, but whether down to alcohol, clumsiness, excitement or high heels, she grabs him round the neck before smacking him in the face!

Whilst in Rio de Janeiro during his ‘Believe’ tour, Justin Bieber was left shaken after a fan rushed on stage and jumped on him.

Whilst it doesn’t look from the footage like the gentleman in question meant Bieber any real harm, he was of course still escorted from the stage rather promptly by the waiting security.

In an example of a celeb furiously fighting back against her attacker, American model Gigi Hadid is picked up by a crazed fan after returning to her car after posing for photos.

And good on the young model, because she decides to fight back by elbowing the idiot in the face, which quickly sees him scampering in the opposite direction!

Whilst performing her ‘Piece of Me’ show at Planet Hollywood in Las Vegas, Britney Spears was rushed by a crazed fan.

Thankfully the man was not able to reach the legendary pop star before security guards took him down, but Britney was clearly shaken up, asking “Is everything okay? What’s going on? Has he got a gun?”

There are of course many, many occasions when the fan rushing the stage don’t make it past the wall of security, so let’s a take a moment to congratulate Taylor Swift’s protection when a fan tried to get to her during a concert in San Diego.

As you’ll see, the battle was rather drawn out, much to the amusement of the watching crowd.

During a Miley Cyrus concert, a crazy fan managed to jump onto the catwalk, evade security and grab the pop star from behind.

Thankfully, her security were not far behind the lunatic, and grabbed him before Miley screams “Oh my God!” and quickly runs backstage.

Ok, so we’re definitely going slightly back in time with this one, but did you know that the late, great David Bowie was once injured on stage by a lollipop?

Yes, because when performing in Oslo, Norway in 2004, a ‘fan’ threw a lollipop onto the stage, which amazingly hit Bowie in the eye and got stuck! 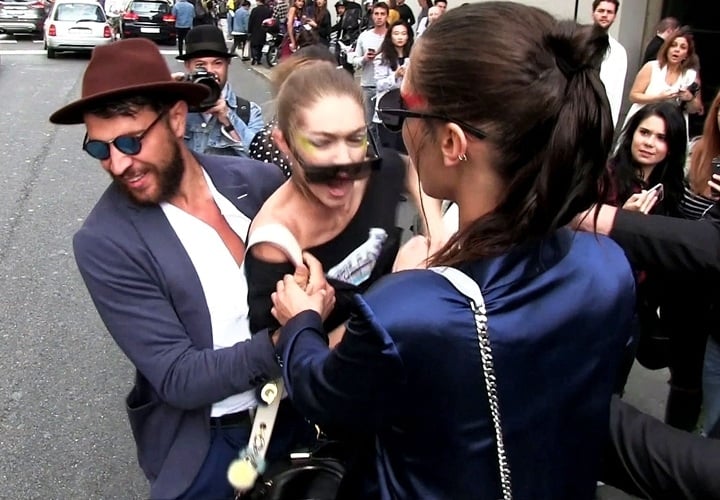 That’s all for now. Be sure to share this post with your friends and family so they too can find out more about these shocking examples of celebs being attacked by fans!