Whilst we only have happy memories of Christmas during the 1980s, as adults it’s a time of year that is often filled with stress and discomfort. Whether it be because of shrinking bank balances, demanding children (or partners), or the anticipated arrival of our far too critical mother-in-law, Christmas sometimes isn’t the joyful, care-free time that it once was.

Even the act of Christmas shopping can be difficult as we reach middle age, because even if we do have the funds to cover the various seasonal purchases, squeezing past hundreds of other shoppers in tightly packed aisles really isn’t our idea of a good time. Thankfully, there is a light at the end of our Scrooge shaped tunnel, because a recent trip to a toy superstore has opened our eyes to the large number of 1980s toy brands that are still available to purchase in the year 2020.

Seeing such items immediately filled us to the brim with that lovely sense of nostalgia, and reminded us that Christmas is a time that should still contain that sense of childlike wonder, even if we are now fully grown adults. So if you’re already feeling a bit blue this festive season, below are eight toys we suspect would really cheer you up were you to find them under your tree come December 25th. 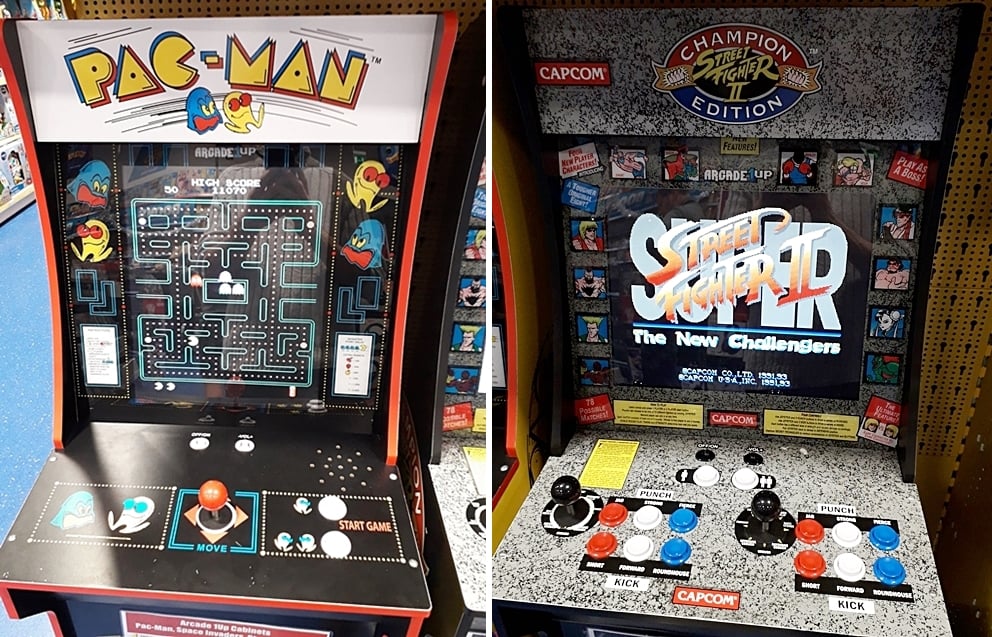 Whilst smaller than regular arcade cabinets, they are still comfortable to play as a six foot adult, especially when sitting on one of the various retro themed stools that are also available to purchase. 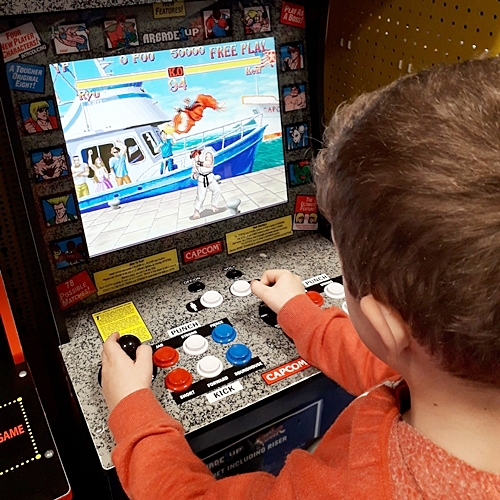 Teaching our own children how to play Street Fighter II really must be a joy to behold, even though our aging reflexes mean they would probably beat us on their first attempt!

Sadly, most of our Christmas budgets probably don’t quite cover the purchase of one of these fantastic looking machines, but we can still dream, right? 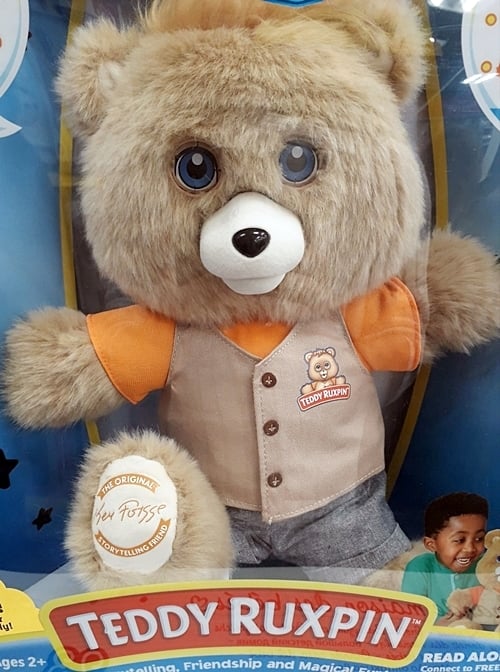 He may look rather different to the classic toy we remember from our childhood, but seeing the name Teddy Ruxpin did still transport us right back to our childhood.

The original Teddy Ruxpin was a toy bear that could actually talk to us thanks to the amazing technological marvel that was cassette tapes, and he was also the star of his very own animated TV show. 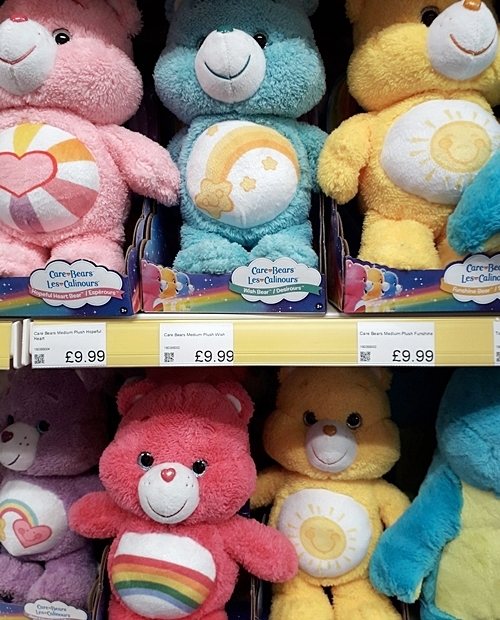 Still going strong after nearly four decades, the modern day Care Bears look incredibly similar to the ones we had at the end of our beds during the 1980s.

The Care Bears were originally created by artist Elena Kucharik to be used on greeting cards, but they were later turned into toys and brought to TV, and the rest is history! 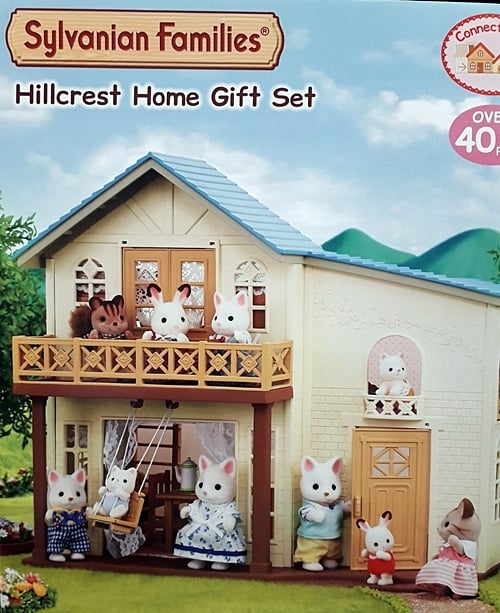 The best selling toy of 1987 according to Argos, Sylvanian Families still look as wonderful as they did when we were growing up.

They aren’t the cheapest toys around, but they still look as good as we remember, with gorgeous animal figurines and wonderfully detailed houses. 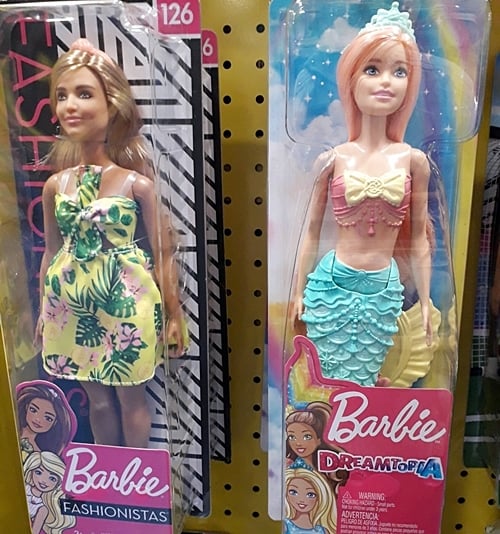 If there is one doll that has aged the best throughout a number of generations, it is of course Barbie, and she’s still taking up a large amount of space in our toys stores, an incredible 60 years after she was originally created.

She may be facing stiff competition from a large number of other brands, but in our eyes Barbie is still the original, and the best. 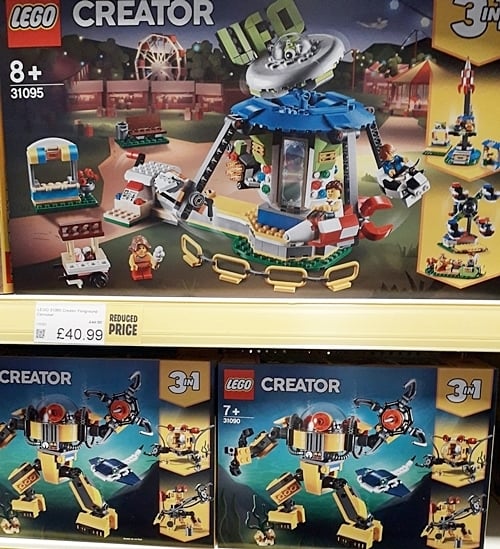 One 1980s Christmas, my parents dished out two amazing Lego sets. I had a Police Station, my elder sister had a Riding Stable, and my younger sister had a tantrum when she realised that she wasn’t allowed to play with either of them.

These days, toy stores are filled to the brim with hundreds of Lego sets from a number of different ranges. Ninjago, Star Wars, Marvel, the list is endless, and the sets are even more fun to create than they were three decades ago. 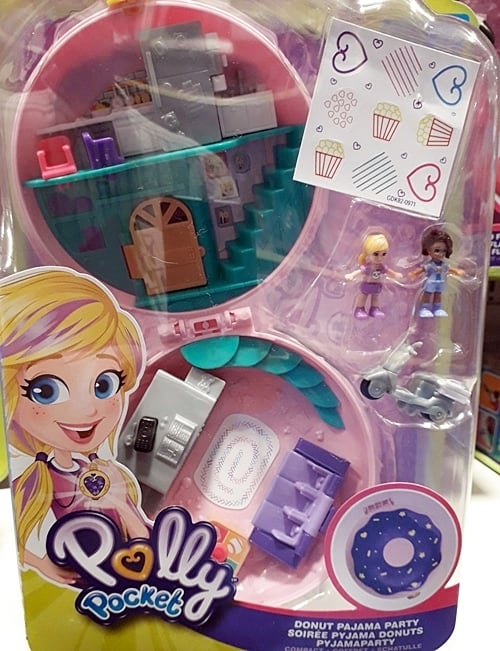 We have to admit to being disappointed when viewing Polly Pocket toys in 2019. Because, despite being instantly recognisable, they don’t seem as well made or as intricate as they were back in the 1980s.

Having said that, we would still happily purchase a modern day Polly Pocket set, even if it was just to play with ourselves! 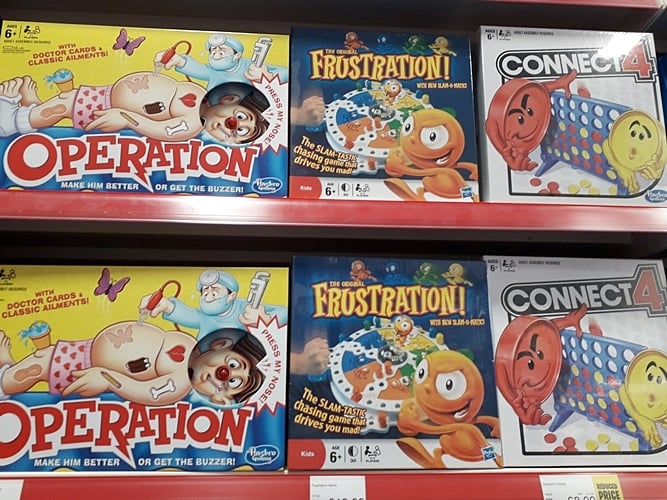 Whether it be Monopoly, Game of Life, Connect 4 or Operation, there are a number of classic 1980s games that you can still purchase today.

Some games will simply never get old or lose their sense of fun. Anyone for a game of Frustration?