Childhood Annuals And Comics That Are Now Worth A Fortune

For British kids who grew up in the 80s, your Christmas stocking was never complete without at least one annual. Usually an offshoot of either a comic or a popular cartoon or TV show of the day, you may have assumed annuals were popular throughout the world. According to experts, however, they are a ‘uniquely British’ tradition, and date back as far as the 1820s.

Old annuals in great condition can fetch a pretty penny, such as the 1940 Beano annual sold for £3,505 in October 2012, or the 1939 Dandy annual which fetched £6,232 in September 2006. Here are some more old titles worth a fortune today. Are any of them gathering dust in your attic…? 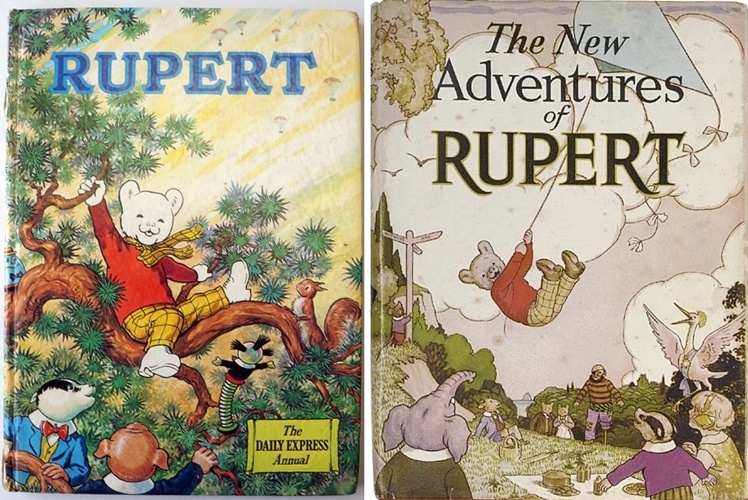 You’re unlikely to own a 1973 Rupert the Bear annual where he has a brown face on the cover instead of the usual white – but if we’re wrong then you might want to sit down, because there were only 12 copies made, and they are now worth around £20,000 each!

But Rupert the Bear annuals from other years are still extremely popular with collectors, with a copy from 1936 (with its dust wrapper) being worth about £3,000.

Despite the seller admitting that ‘the boards are just about held together with old sellotape,’ this wartime Dandy annual from 1941 sold for £205 back in 2019.

Were any of you lucky enough to have one of these annuals handed down to you by grandparents or great grandparents?

Many of us will remember owning Beano annuals when we were younger, but do any of you recall being in possession of a Dennis the Menace annual?

We don’t if we’re being honest, but if any of you have been shrewd enough to hold onto yours, then you might want to consider selling, as this Dennis the Menace annual from 1956 recently sold on eBay for £120!

Although they don’t bring in the same kind of figures that we’re talking about with other annuals on this list, annuals aimed at girls are also becoming sought after more and more, with this particular Misty annual from 1985 recently selling for a respectable £25.

It may seem ridiculous to suggest that an individual 32-page comic book can sell for hundreds of pounds, but that is indeed the case, especially when it comes to first issues featuring still popular characters.

For example, someone recently sold issue one of The Silver Surfer, which charts the origins of this intergalactic Marvel character, for a quite staggering £292!

If you don’t have the time or willpower to sell individual annuals and comics, then an alternative is to sell your collection as one big job lot.

Someone recently sold a massive collection of 9,000 comic books across various ranges, and earned themselves an amazing £5,400!