8 Before And After Pictures Of Actors Transformed By Plastic Surgery

We all want to look as good as we possibly can, and if money were no object, then there can’t be many of us who would turn down the chance to have a little ‘nip and tuck’.

So it should come as no surprise that Hollywood actors, who have both the money and motivation to make themselves look even more gorgeous, would be first in line at the Plastic Surgeon’s office. But you may still be completely shocked by some of the drastic changes that celebrities have made to themselves over the years.

Below are eight before and after pictures of Hollywood actors transformed by plastic surgery, and whilst some may be a good advert for going under the knife, others will have you vowing to love yourself just the way you are! 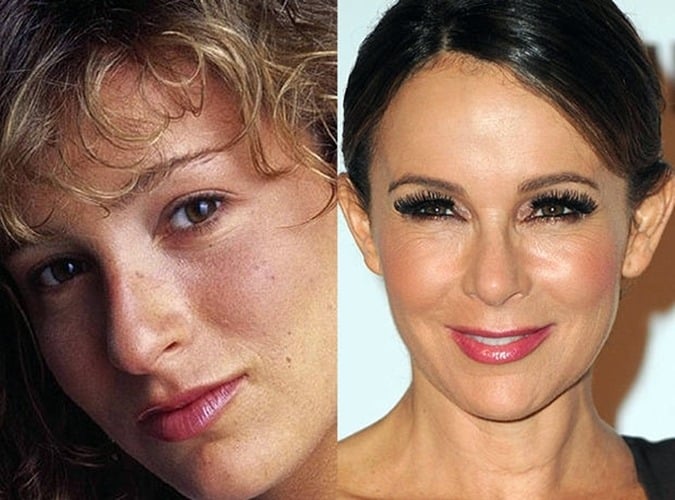 Jennifer Grey will of course always be remembered for her role in 1987’s Dirty Dancing, where she starred alongside Patrick Swayze’s Johnny Castle as Frances ‘Baby’ Houseman, a role which earned her a Golden Globe nomination. Famously, in the early 1990s Grey had a face-changing nose job, which apparently caused even close friends to fail to recognise her.

Grey has since claimed that she regrets the surgery, as it took away her uniqueness and had a negative effect on her career. She has said “I went in the operating room a celebrity and came out anonymous. It was like being in a witness protection program or being invisible.” Grey even revealed that she considered changing her name so she could start a brand new career. 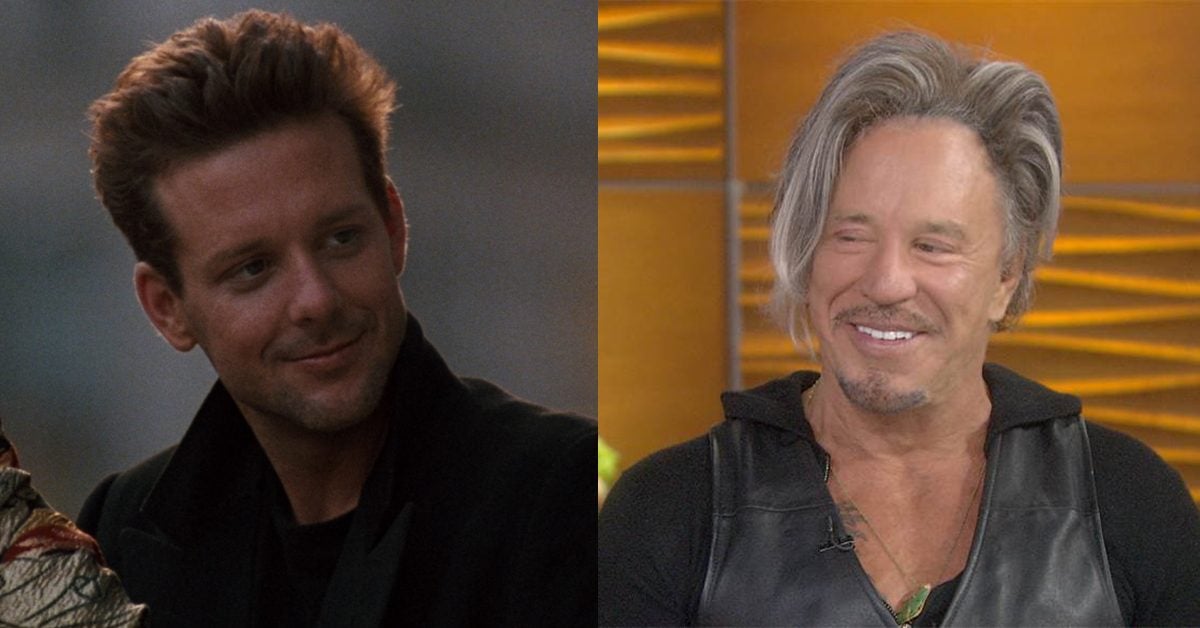 Mickey Rourke is well known to us 80s kids for starring in classic movies such as Angel Heart, but unfortunately it’s his unusual appearance that often generates the headlines these days.

Rourke appears to have had a facelift as well as hair transplants, with a Plastic Surgeon commenting that “the unnatural curve between his ear and cheek and his now attached earlobe are telltale signs of a face lift.” 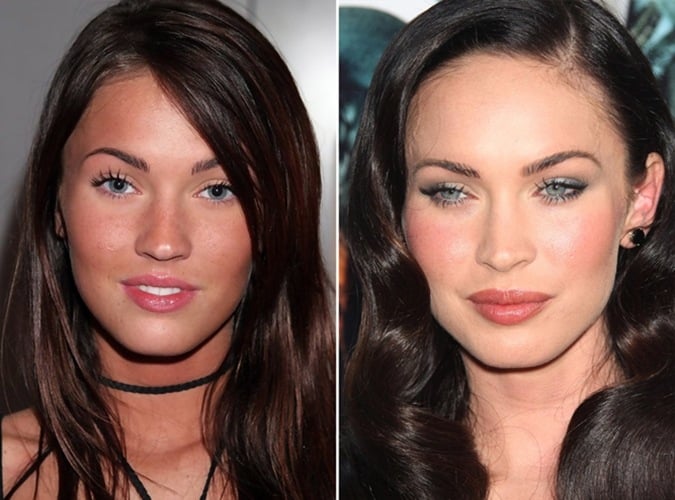 If we’re honest, we sometimes struggle to understand why such beautiful people would want to alter the way they look, and that’s none more the case than with Megan Fox.

The Transformers star has always been (and still is) gorgeous, but she has also clearly had some work done, with rumours suggesting that she has had cheek fillers, lip fillers, a boob job and botox. 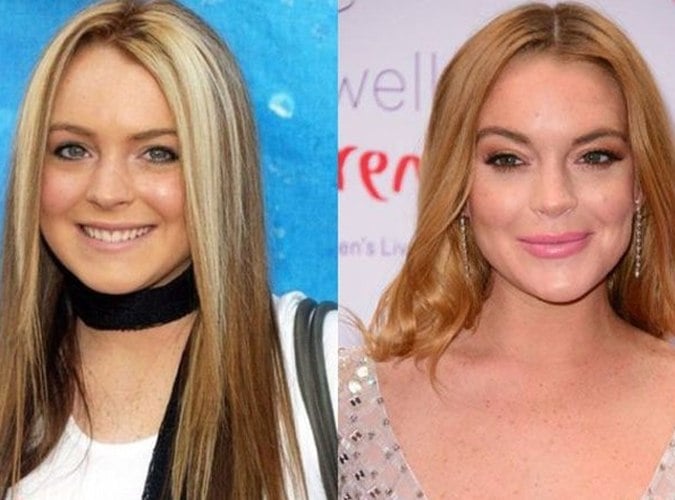 Sadly, it’s been a long time since Lindsay Lohan has been famous for her acting, as the Mean Girls star is now more renowned for her off duty antics than her on screen performances.

Lohan also appears to have made a number of changes to her physical appearance over the years, with one website commenting that she may be “hooked on the quest for cosmetic perfection.” 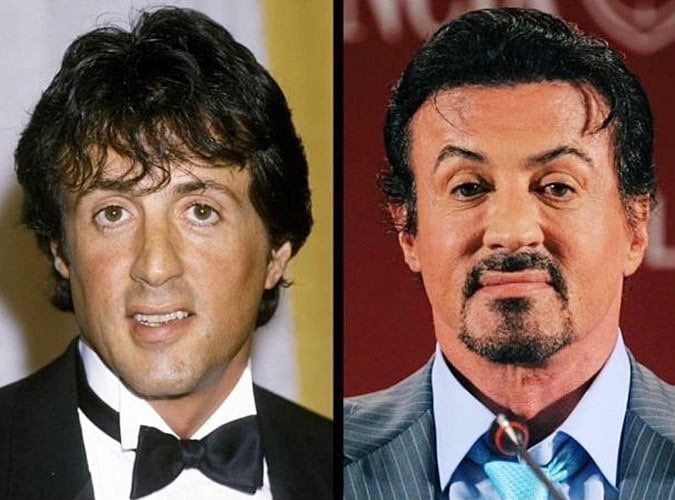 One of the most popular action movie stars of the last four decades, Sylvester ‘Sly’ Stallone became only the 3rd man in history to receive Academy Award nominations for Best Original Screenplay and Best Actor in the same year, for Rocky in 1977.

According to several reports, Stallone has the same plastic surgeon as Jackie Stallone (his mother), and there’s no doubt that his appearance has changed drastically over the years. 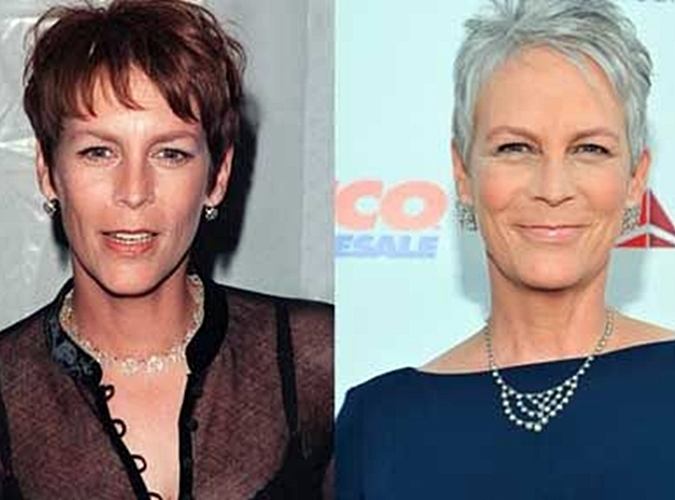 She made a name for herself as a teenager when she starred in John Carpenter’s horror classic Halloween, and Jamie Lee Curtis admitted in 2002 that not only had she had plastic surgery, but that she wished she hadn’t bothered. 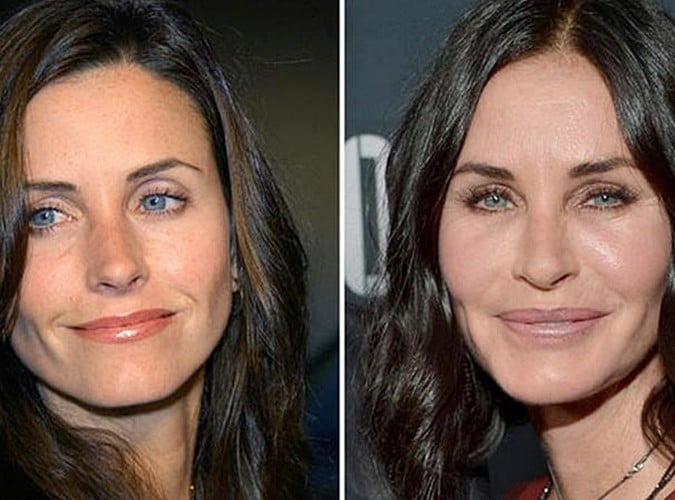 She’s best known for playing Monica Geller in the legendary sitcom Friends, but Courtney Cox was also a star of the 80s silver screen, appearing in such ‘classics’ as Masters of the Universe.

Cox has also expressed her regret about having plastic surgery in the past, saying: “you have to accept getting older, and that’s something that I had a hard time doing.” 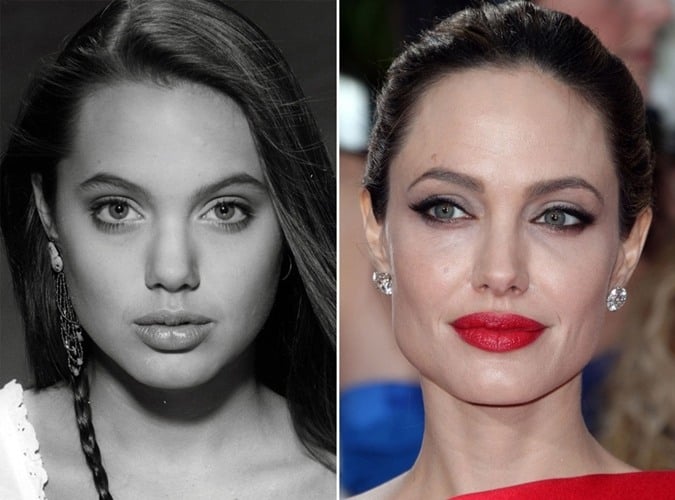 Angelina Jolie has been open and honest about the drug addiction she had as a young actress, saying in 2011 “I went through heavier, darker times and I survived them. I didn’t die young, so I am very lucky.”

Jolie has clearly also had some work done over the years, most notably on her lips, with some people suggesting that she has also had a nose job and even a facelift.