8 3D Innovations That Blew The Mind Of Every 80s Kid

We were raised in an era when simple, pixelated video game graphics were state of the art, and when carrying around a whole album’s worth of songs in our Sony Walkman was almost futuristic. So whilst it’s fair to conclude that it didn’t take too much to impress us 80 kids, there were definitely times when our still-developing brains were utterly blown away by the introduction of a brand new, impressive innovation.

Take the advent of 3D for example; when previously flat and lifeless games, films, magazines and even cereal boxes were brought to life in fabulously realistic three dimensions, using technology that we had no hope of explaining or comprehending. Below are 8 examples that are guaranteed to whisk you away on a train of nostalgia to your wonderful childhood. 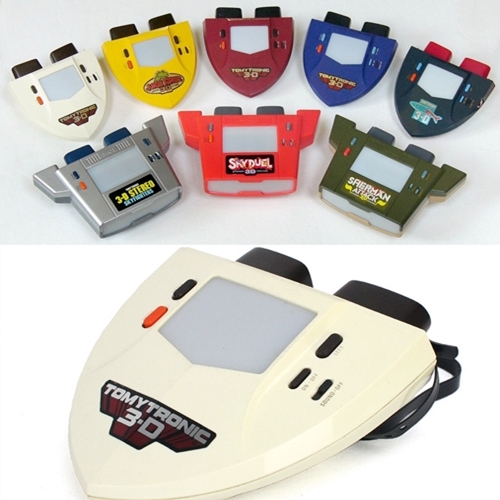 Having a portable gaming device during the mid-1980s was impressive enough, but combining this with state of the art 3D technology meant that Tomytronic 3D devices were lusted after by every single one of us on the annual Christmas and birthday run-up. 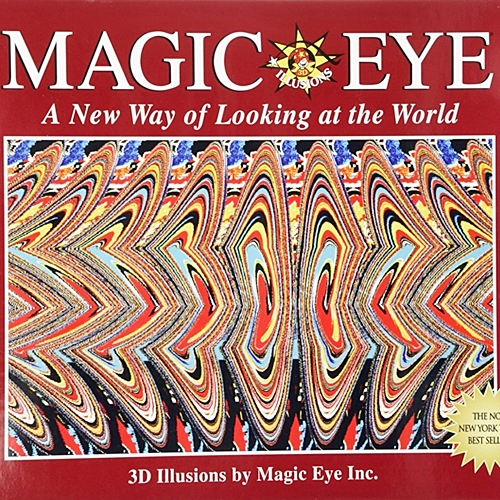 First appearing in a series of books by a company that were originally called N.E. Thing Enterprises, but who later changed their name to Magic Eye Inc, these ‘autostereogram’ pictures cleverly revealed 3D images if you were able to focus and unfocus your eyes in the correct way.

Many people were left frustrated by their inability to view the hidden three-dimensional images on the pages of a Magic Eye book or poster, leaving the rest of us to gloat about the incredible wonders that were being revealed before our eyes. 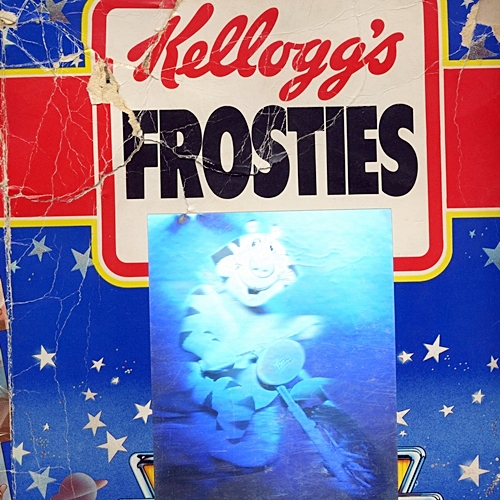 A few retro cereal boxes came with red and blue glasses that let us see our favourite Kellogg’s characters in three dimensions, but one particularly “grrrrrrreat” innovation really did muddle our minds during our pre-school-time meals.

Allowing us to see Tony the Tiger performing all manner of incredible 3D acts, including riding a motorbike, the hologram-fronted Kellogg’s Frosties cereal packets were among our very favourite 1980s breakfast memories. 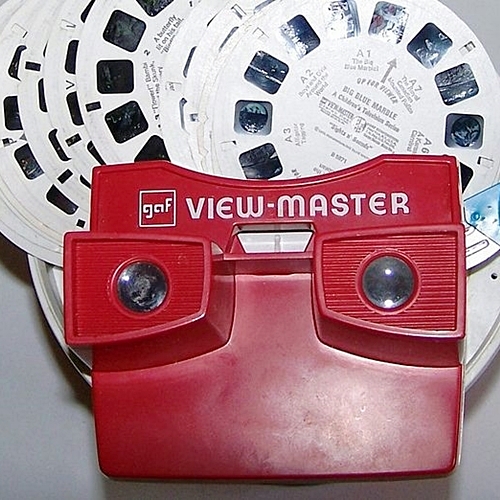 Bringing to life many of our favourite childhood characters, TV shows and films was View-Master, which believe it or not was first introduced all the way back in 1939.

View-Master asked us to insert ‘reels’ into its memorable red viewing device, which contained seven stereoscopic pairs of tiny, see-through photographs that gave the illusion of viewing a 3D image. 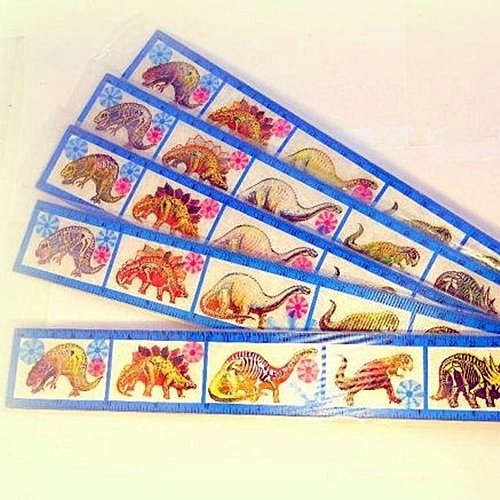 We didn’t have to be at home to be wowed by some incredibly inventive 3D innovations, because even our humble school pencil case contained items that made us look fabulously futuristic in front of our friends.

One such example from our impressive selection of stationery was the 3D ruler, which thanks to the wonder of ‘lenticular printing’ gave the illusion of movement when viewed from different angles. 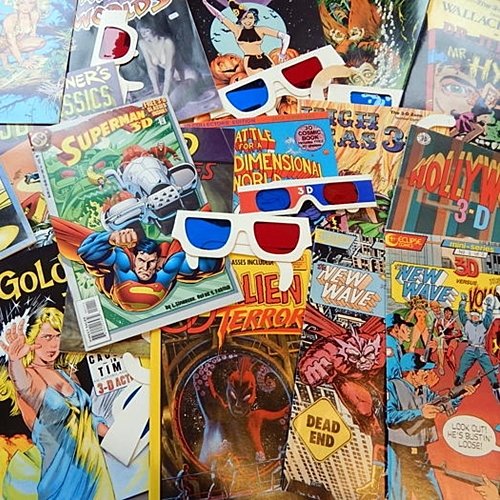 A number of publishers did their best to tempt us out of our hard-earned pocket money by offering cardboard glasses that made the pages of their once-2D magazine or comic come alive in three glorious dimensions.

We remember a 3D Smash Hits poster that displayed Kylie Minogue and Jason Donovan riding a theme park log flume, as well as a Nightmare on Elm Street comic complete with Freddy Krueger jumping out of the page at us. 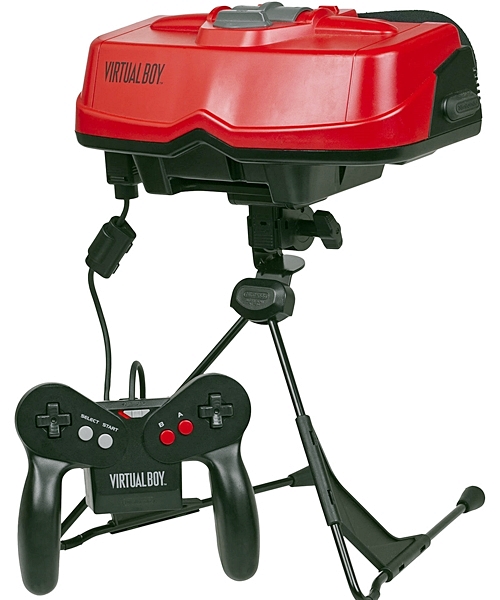 The Virtual Boy console was by all accounts a complete failure with just one million units sold, making it Nintendo’s poorest selling standalone console of all time.

Only 22 Virtual Boy games were ever produced, and whilst we remember thinking it was like something straight out of a science fiction film, many gamers were incredibly disappointed with the unit’s unimpressive 3D visuals and lack of portability. 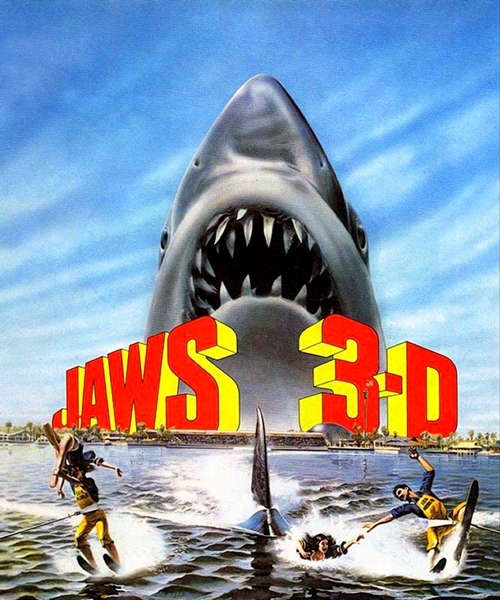 During our 1980s childhood, long before the likes of James Cameron’s Avatar advanced the medium beyond recognition, 3D movies were all the rage, with the so-bad-it’s-good Jaws 3-D being a particularly memorable guilty pleasure.

Creeping halfway down our parents’ stairs, when we definitely were far too young, in order to watch the shark being blown apart in a rather low budget fashion during the film’s denouement is one of our defining memories.