27 Things Most People Don’t Know About Grease, Even After All These Years.

We are all a fan of this musical and therefore it’s no surprise that it’s the highest-grossing movie musical of all time. For that reason, we are ready to reveal some details about it that most people don’t know. Take a look:

1. Cha Cha was in the hospital: 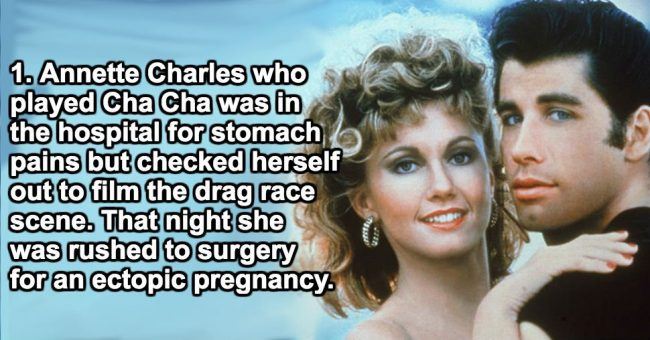 Jeff Conaway who played Kenickie gave them to Rizzo to make them look authentic. 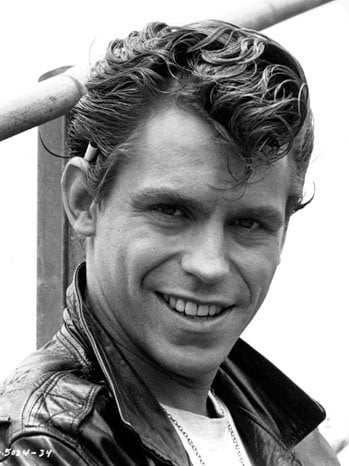 This movie was based on the 1971 Broadway musical with over 3000 performances in the initial run.

4. Four performers played on the original Broadway version and in the movie.

John Travolta, Jeff Conaway, Barry Pearl and Jaime Donnelly both played onstage and in the movie.

Stockard Channing was the eldest to play a teenager in this film.

6. Henry Winkler turned down the part.

He was offered the role of Danny.

The producers even changed the last name from “Dumbrowski” to Australian “Olsen”.

8. Elvis Presley was offered this role.

Frankie Avalon took it instead. 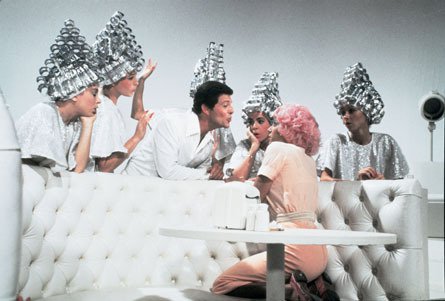 9. “Look at Me, I’m Sandra Dee” was filmed the day that Elvis died.

There is a reference to Elvis in this song and he died that same day August 16, 1977.

The actress who played Marty, Dinah Manoff, sat out every dance scene.

Reportedly, the cast chewed this much gum during the filming of this movie.

The traveling carnival used for this scene was only in town for the day. Close-ups were done later and the carnival was recreated for these close-ups.

This film was originally supposed to be animated but then it was decided that only the beginning would be.

This is how this movie, ‘Grease’ is know in Mexico and Venezuela.

The two songs to go straight to the top were “Grease” and “You’re The One That I Want”.

There was a heat wave in California when this scene was done and several extras had heat-related illnesses that had to be treated.

This was the stage version name for the group that we now know as the ‘T-Birds’.

The company backed out of endorsing the film and so all advertisements were blurred out.

19. Three films were wanted but only two were made.

They originally intended to make 3 Grease movies but the second one bombed so badly that they stopped there.

Jaime Donnelly’s hair had to be dyed black before filming due to her grey. 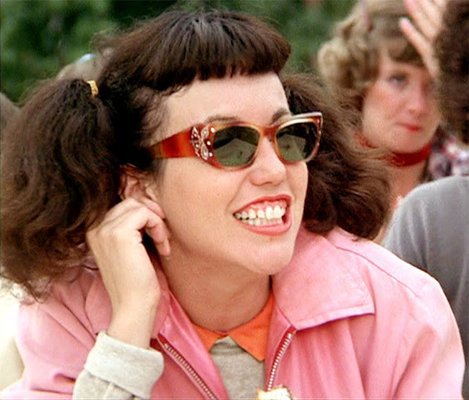 This movie cost only $6 million to make but its success had made it $400 million internationally since.

An additional scene explaining why she threw milkshake in his face was removed when it didn’t match the light, comical tone that they were aiming for.

24. “Hopelessly Devoted To You” nominated for an Academy Award.

As the ‘Best Original Song’.

Olivia had to be sewn into these black pants and she couldn’t take them off all day!

It was more popular than Superman and Jaws 2.

He is a teen idol known for his 60s pop songs.