You might think that you know everything that there is to know about music acts of the 1980s, but today is the day that we’re looking to surprise you! Cast your eyes below to read 26 shocking and unbelievable facts about your favourite musical stars of the 1980s, and be sure to post a comment letting us know which of the revelations surprised you the most!

1. They Could Have Had A Terrible Name

Bon Jovi were originally going to be called ‘Johnny Electric’, until a friend suggested they follow Van Halen’s example and take their lead singer’s name. 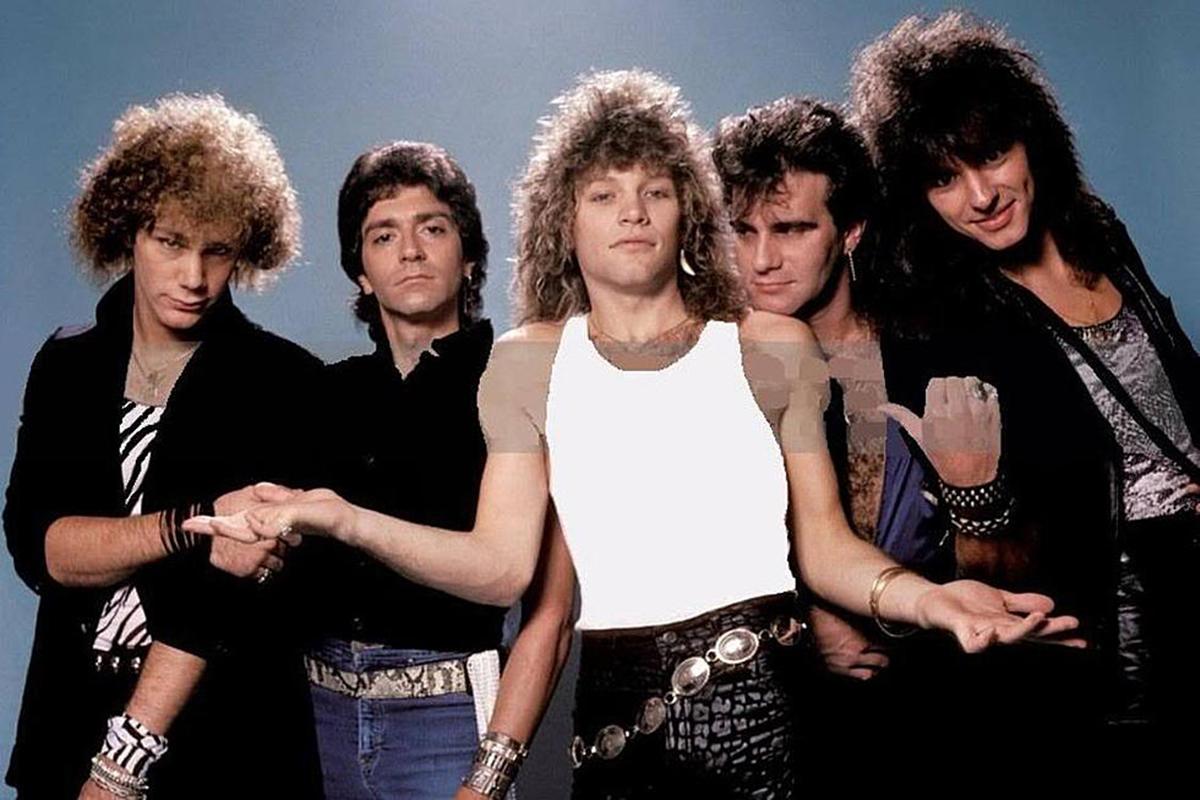 Lead singer Jon Bon Jovi’s first professional track was called ‘R2-D2 We Wish You a Merry Christmas’. and was released on a Star Wars themed album called ‘Christmas in the Stars’ 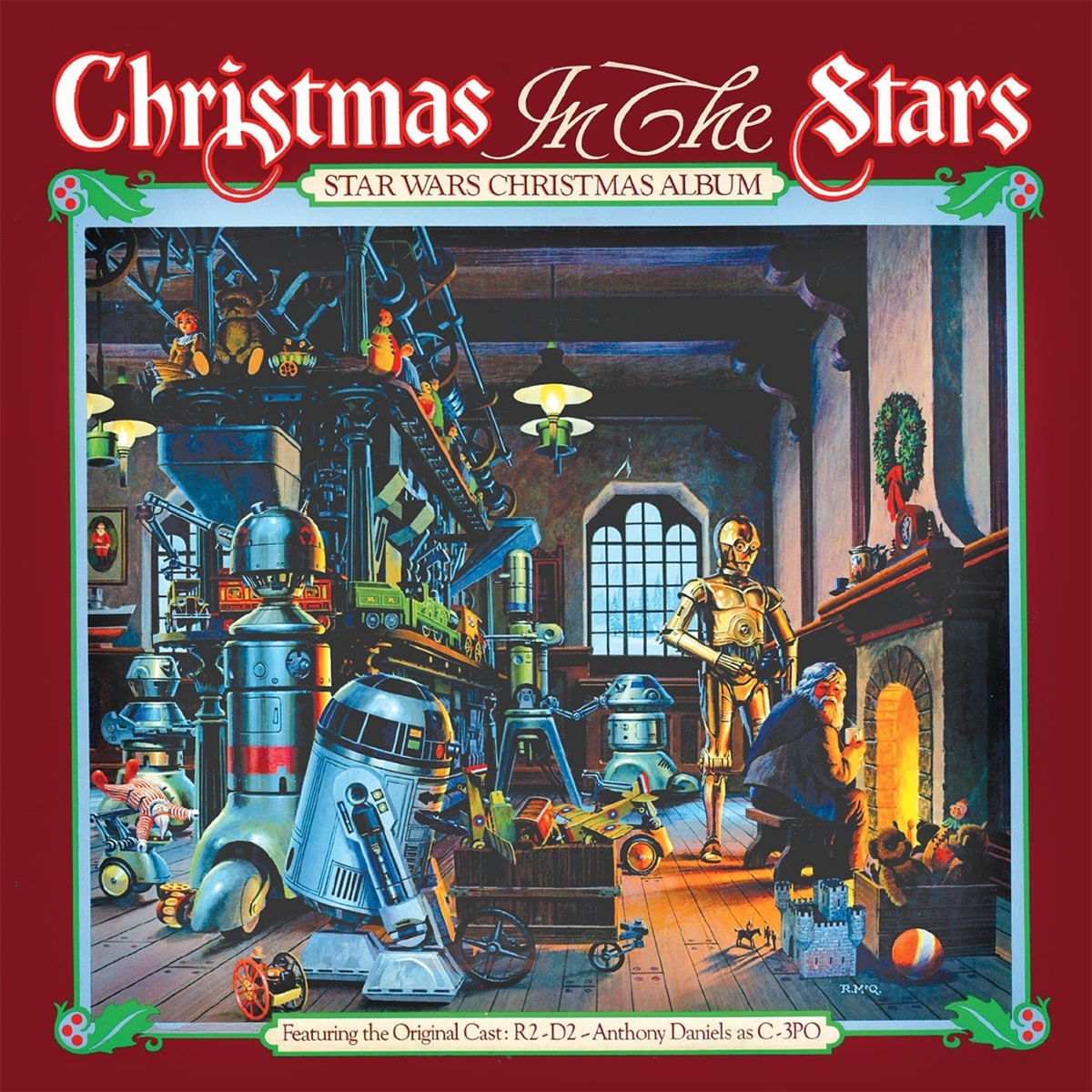 3. They’ve Never Had A Number One Single In The UK

Shockingly, Bon Jovi have never had a number one single in the UK. The closest they got was number 2 in 1994 with their single ‘Always’. 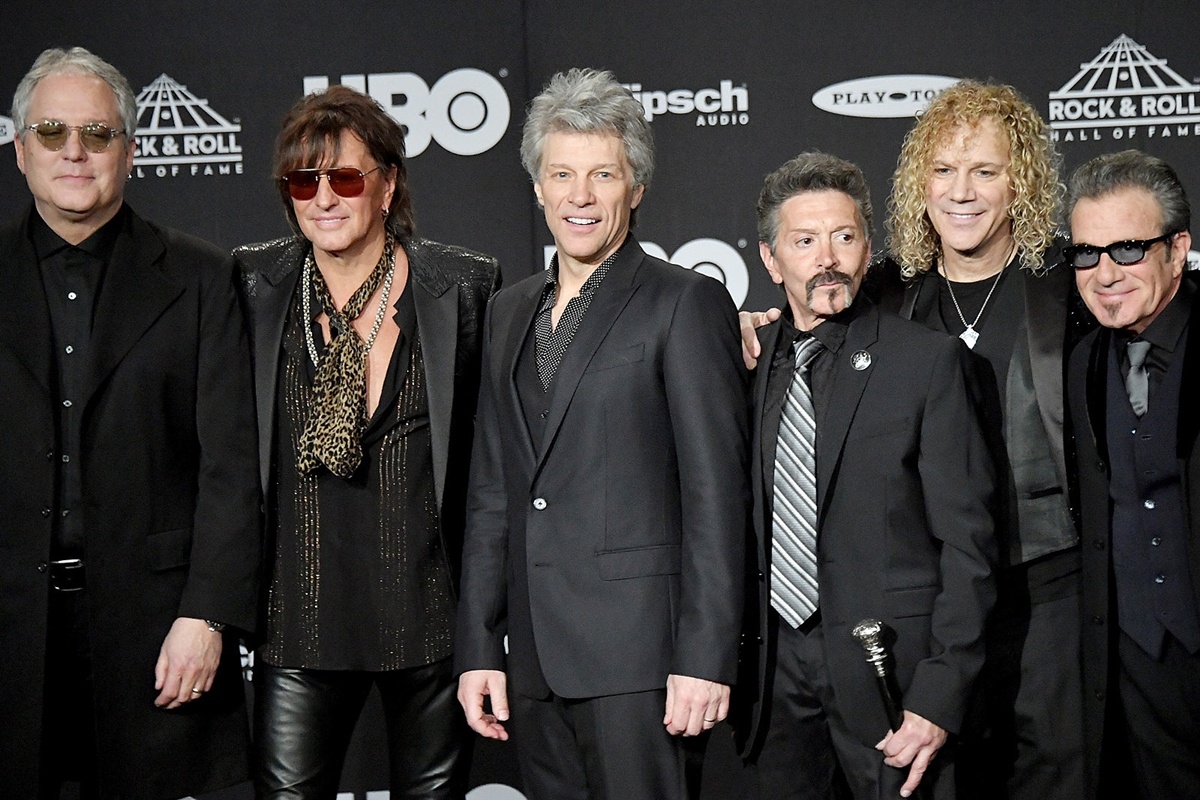 4. We Know The Real Reason Craig Left The Band

Do you know the real reason Craig Logan left the Bros back in 1989? He made an appearance on the BBC1 TV chat show Wogan where he revealed that he actually left after several bouts of illness and because he could no longer take the pressure of being famous. 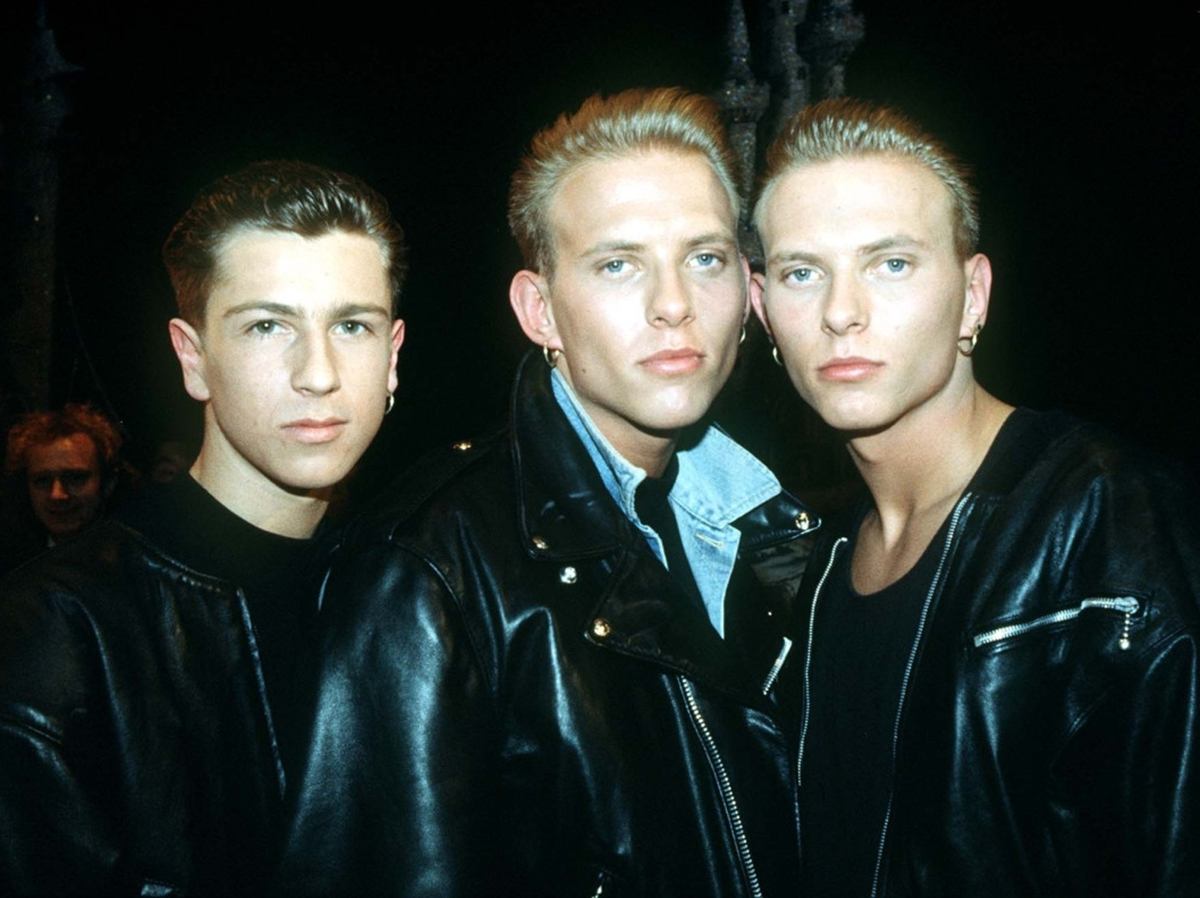 Not only did Craig Logan leave Bros, but he also later took legal action against the Bros management due to unpaid royalties. He later started a career in music management and songwriting. 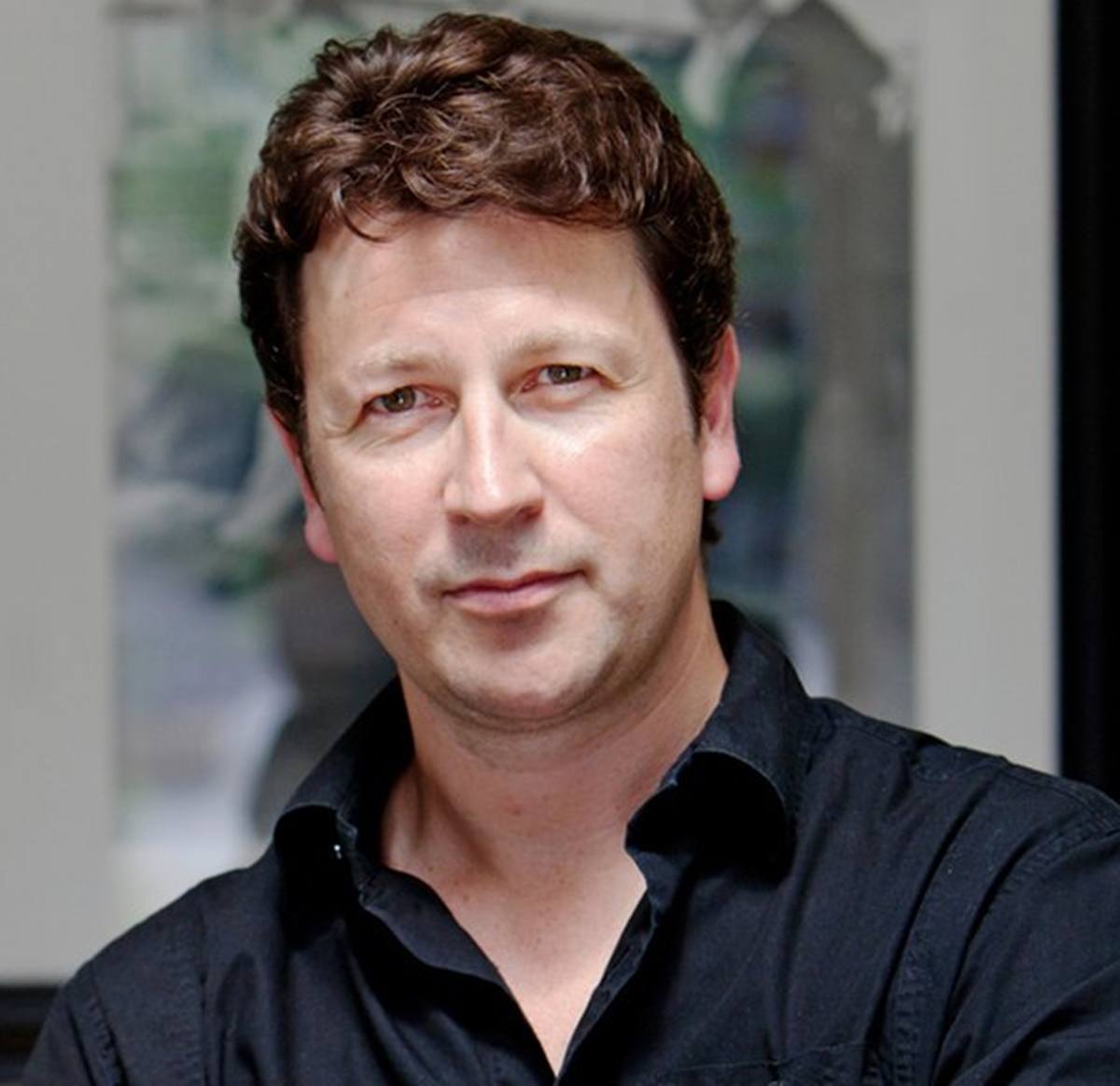 6. His Alter Ego Turned Him ‘Insane’

Bowie claimed that his alter ego Ziggy Stardust haunted him after he gave up performing as him, saying that it “wouldn’t leave me alone for years. That was when it all started to go sour … My whole personality was affected. It became very dangerous. I really did have doubts about my sanity.” 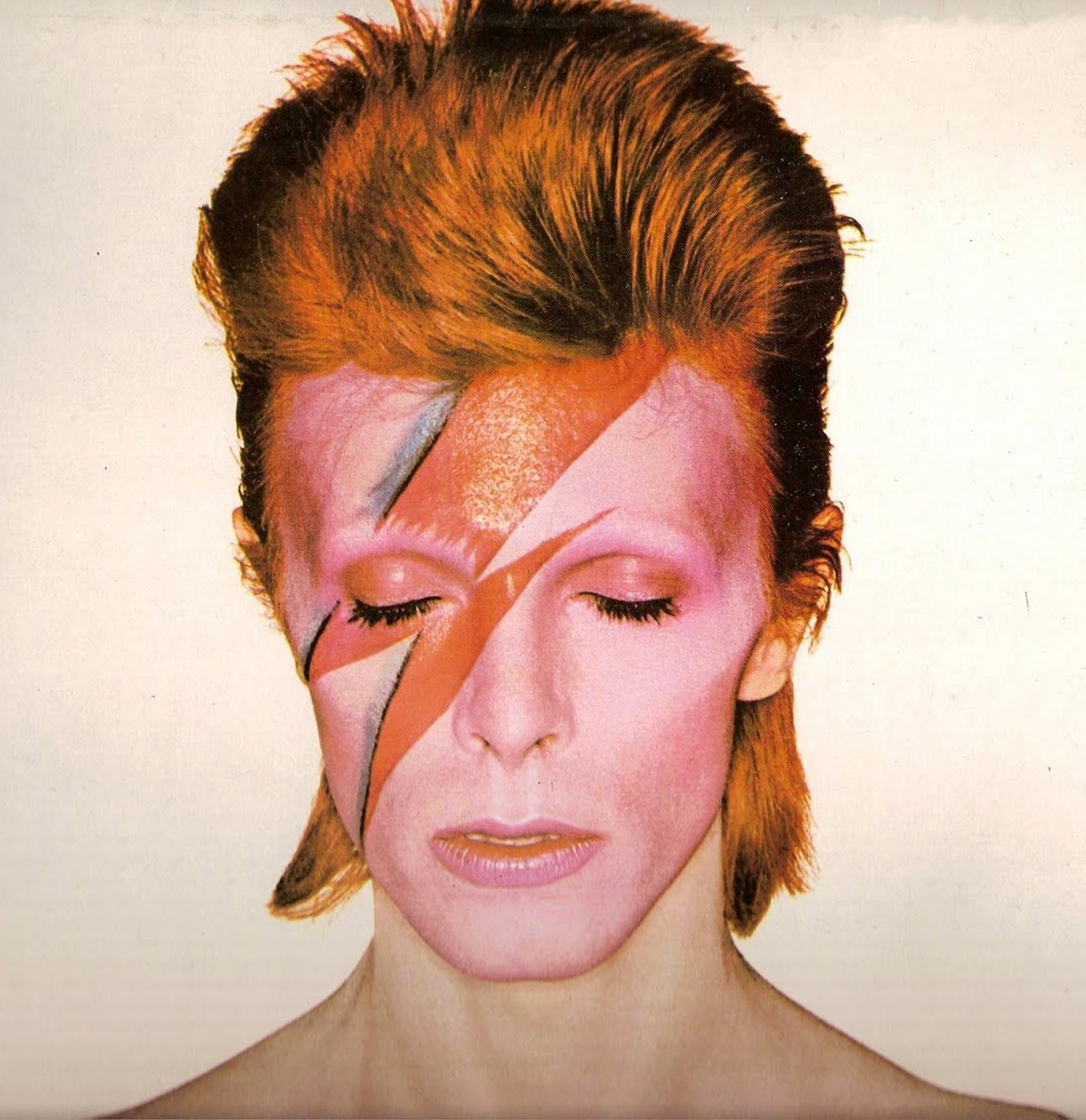 1975, suffering with drug and emotional issues, Bowie apparently lived on a diet of peppers and milk and was behaving very strangely, for example keeping his urine in his refrigerator so that “no other wizard could use it to enchant him.” 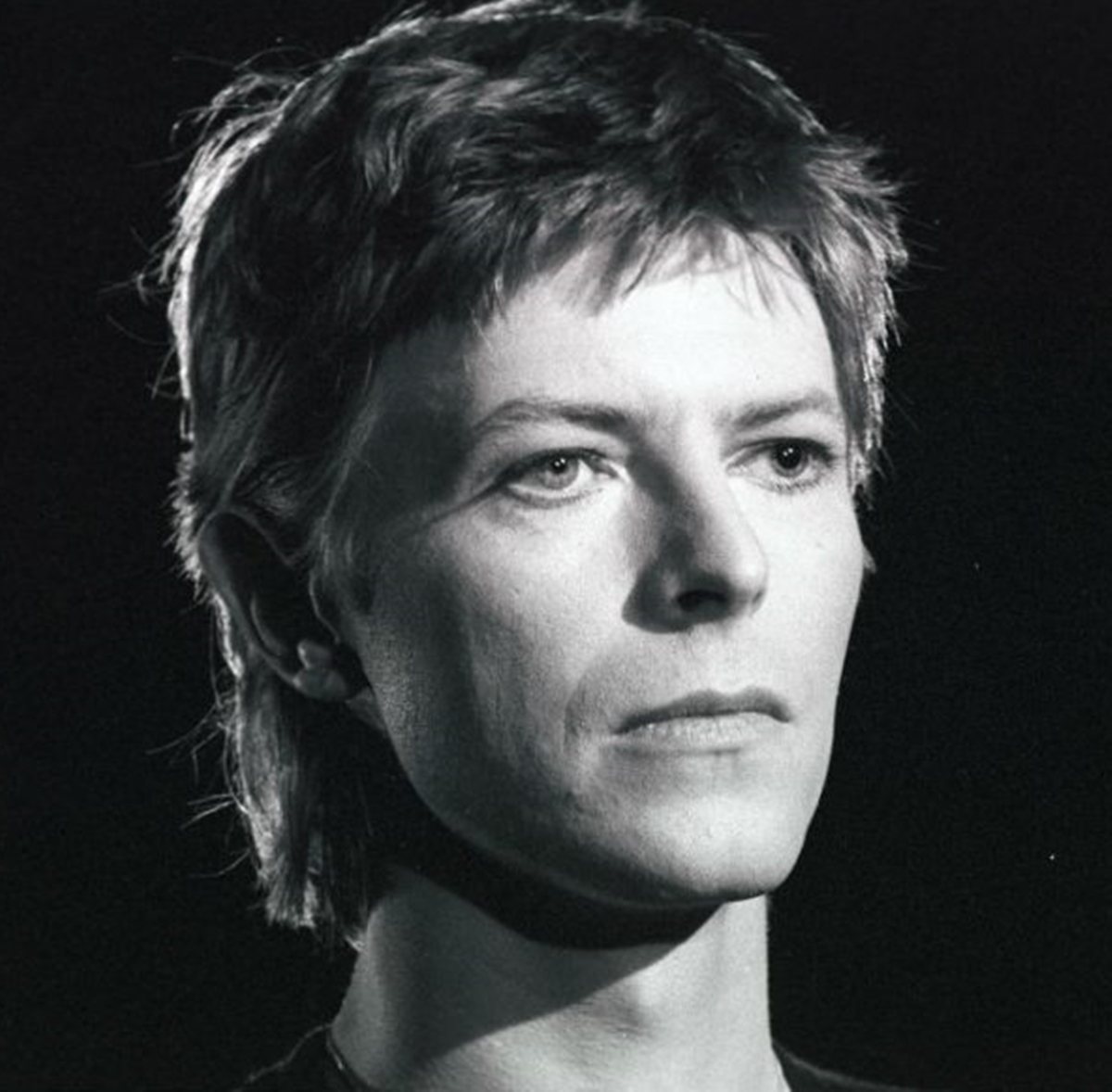 8. He Was Injured By A Lollipop

When performing in Norway in 2004, a ‘fan’ threw a lollipop onto the stage, which amazingly hit Bowie in the eye and got stuck. 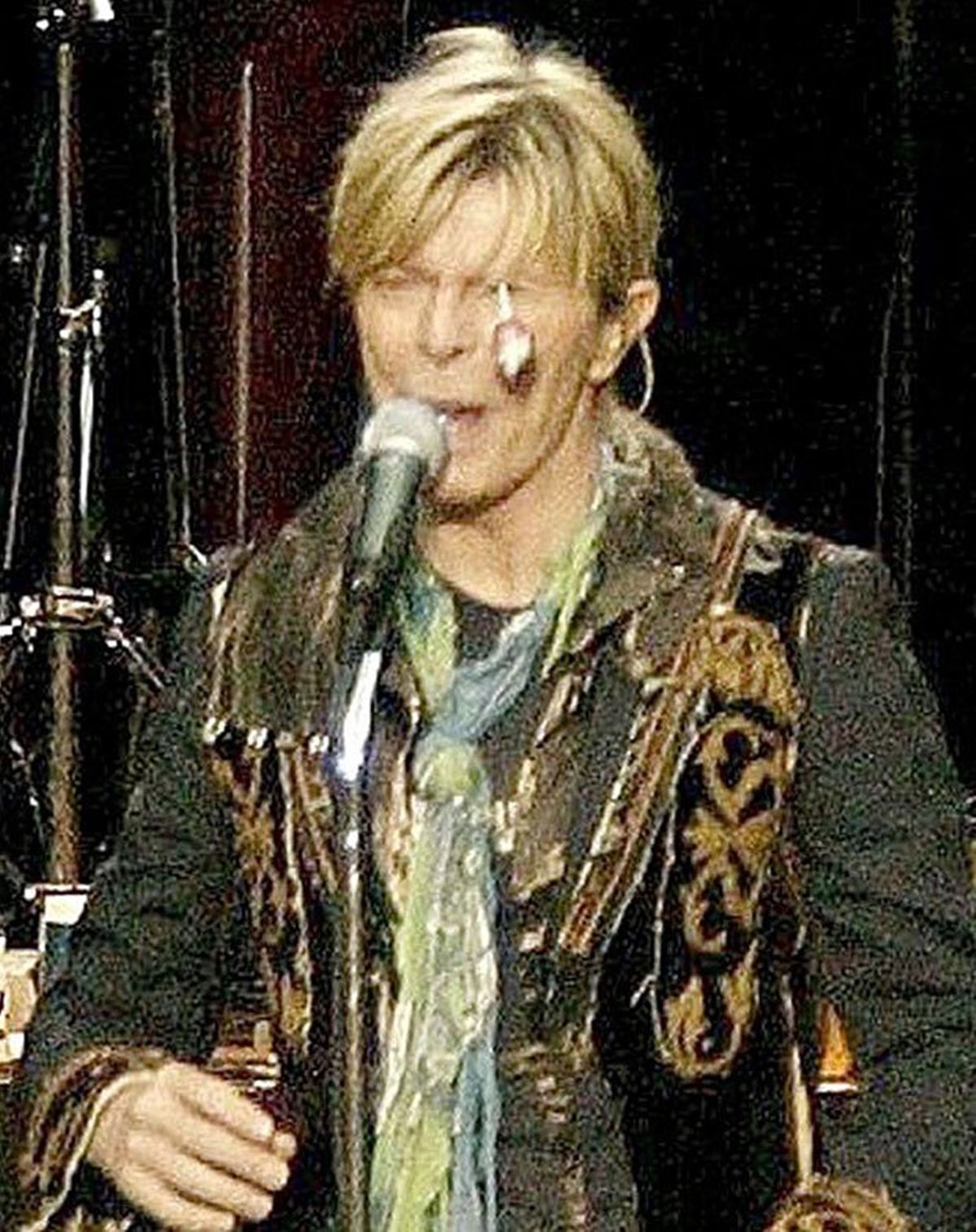 9. They Almost Died Before Being Signed

Guns N’ Roses were involved in a serious car accident when they returned to Los Angeles after their first tour. The whole band were in a Toyota Celica when another car drove into the side of them at a junction, leaving drummer Steven Adler with a broken ankle. 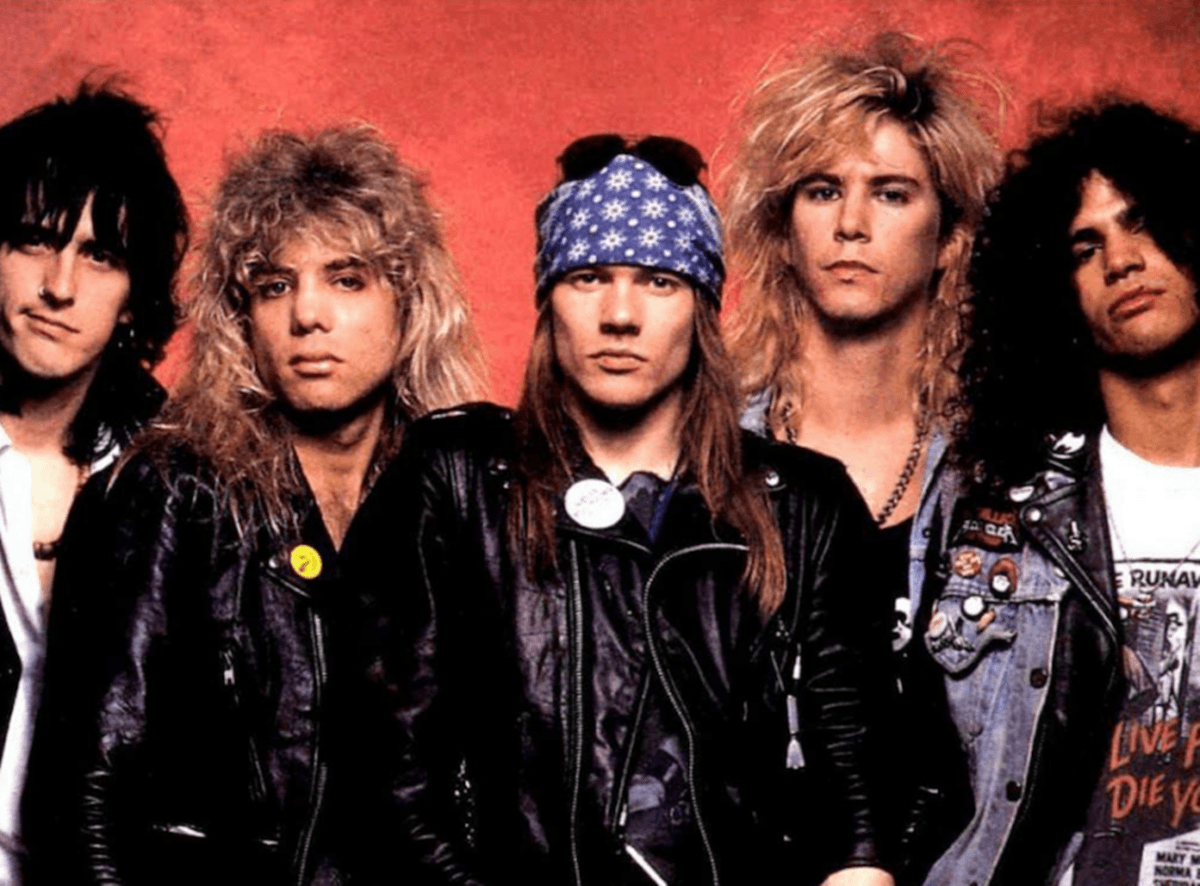 10. Axl Rose Assaulted His Neighbour With A Chicken

“I live next door to a psycho,” Axl Rose told a TV reporter after being released from jail for apparently assaulting his neighbor with an empty wine bottle. The same neighbour also accused the singer of throwing a piece of chicken at her. 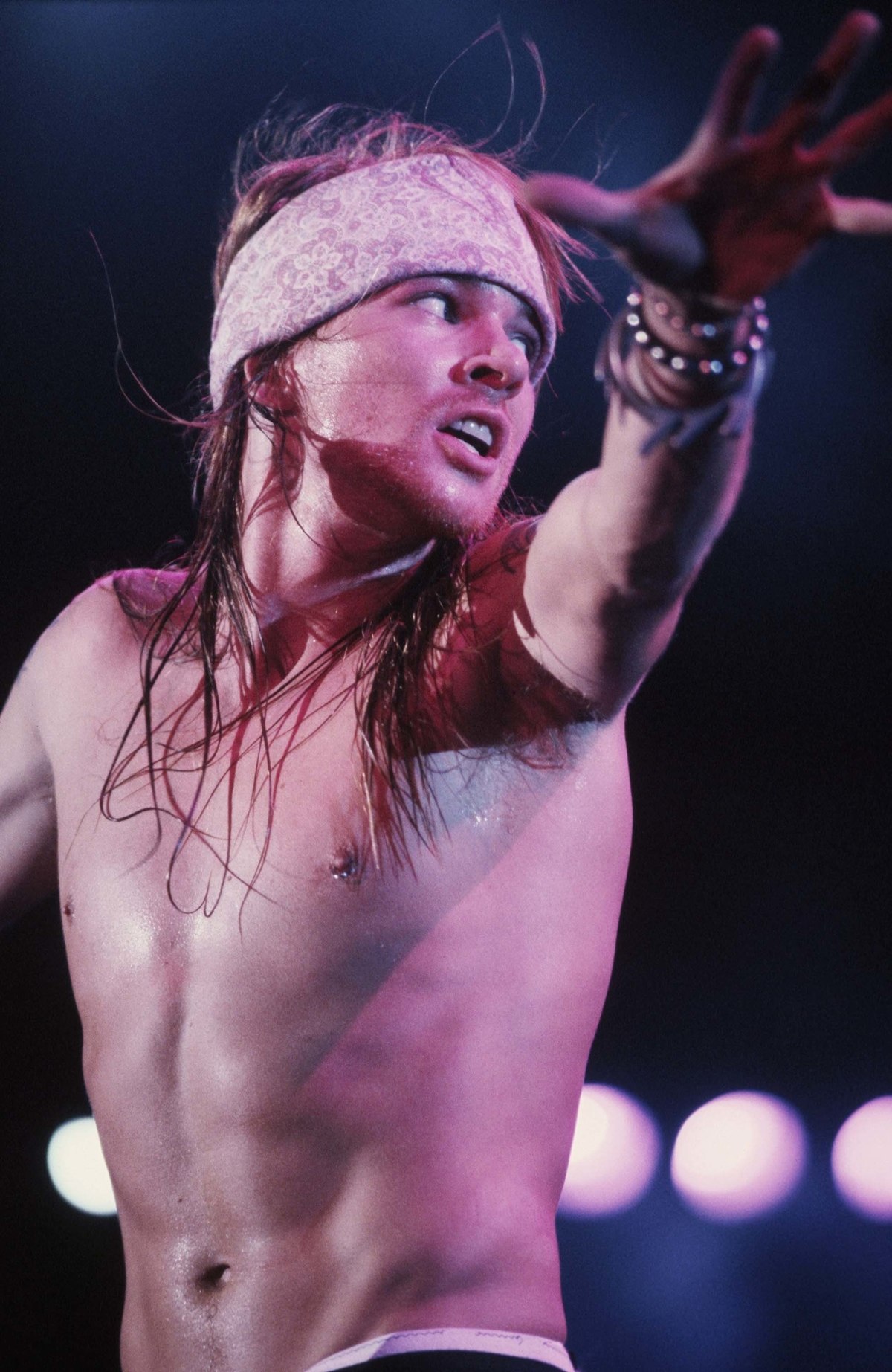 11. Slash Ran Bleeding And Naked Through A Hotel Resort

After a heroin and cocaine bender, guitarist Slash recalls “Predators” with “rubbery-looking dreadlocks” chasing after him with “machine guns and harpoons”. Attempting to escape the creatures, Slash punched through a glass door, jumping through it to escape his room. A naked Slash then used a maid as a “human shield,” before running through the hotel lobby and hiding behind a lawnmower. 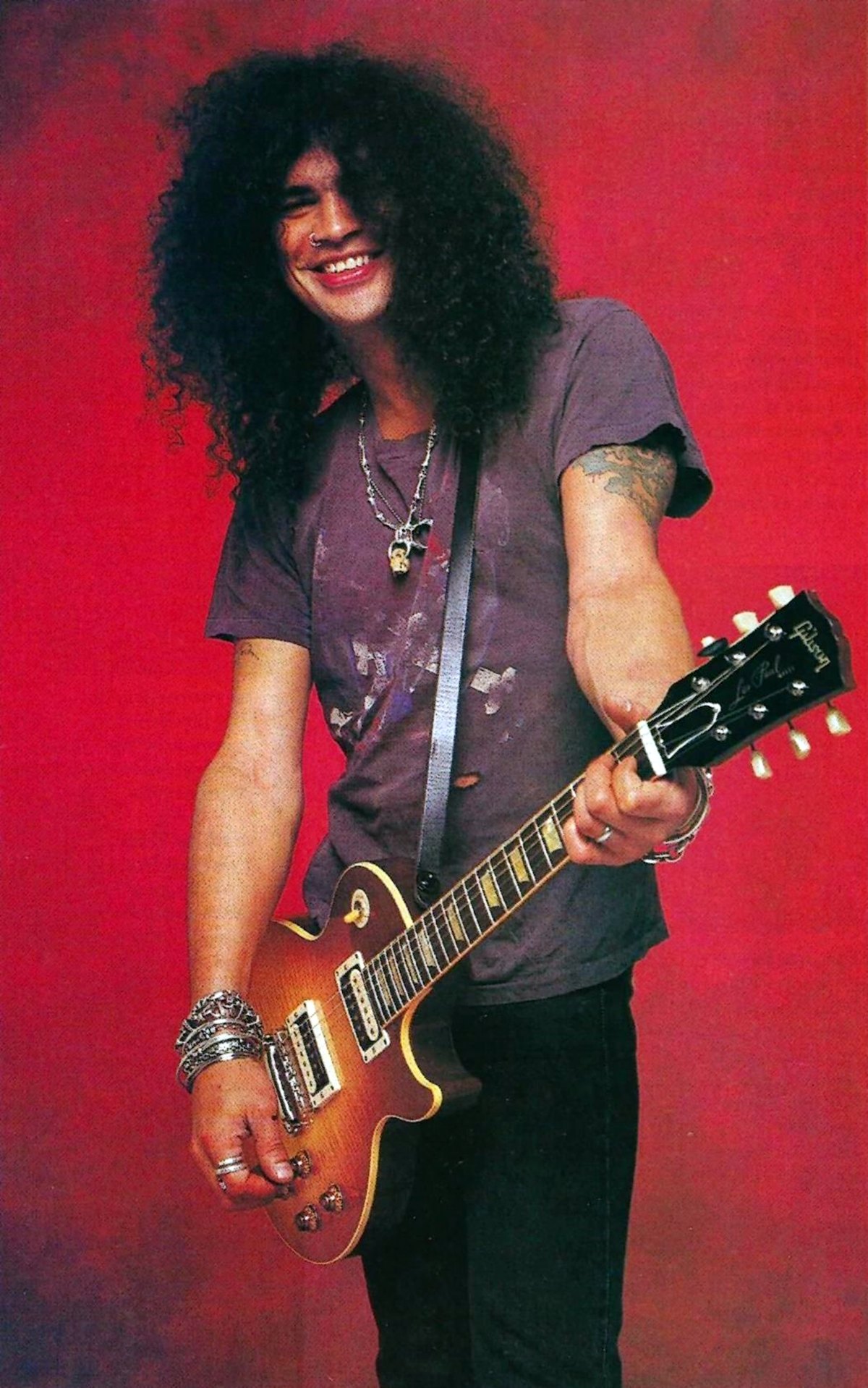 12. The INXS Song ‘Suicide Blonde’ Is About Her

Kylie Minogue told boyfriend Michael Hutchence that she was going ‘suicide blonde’ for a film role, inspiring the INXS frontman to write the song ‘Suicide Blonde’ about her. 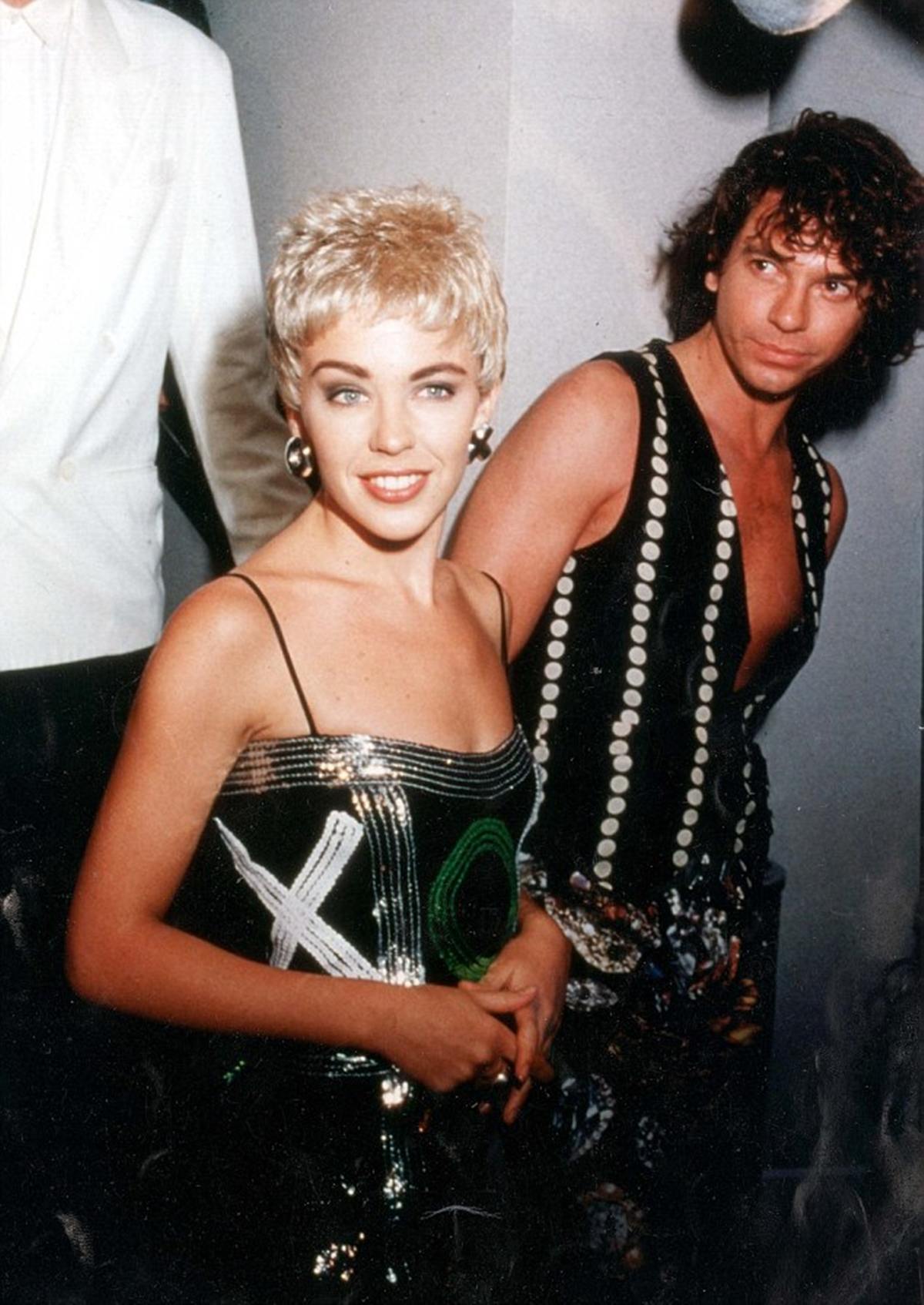 The songwriting and producing trio of Stock Aitken Waterman forgot Kylie was visiting them for a meeting, and wrote her hit song ‘I Should Be So Lucky’ in 40 minutes whilst she was waiting to see them. 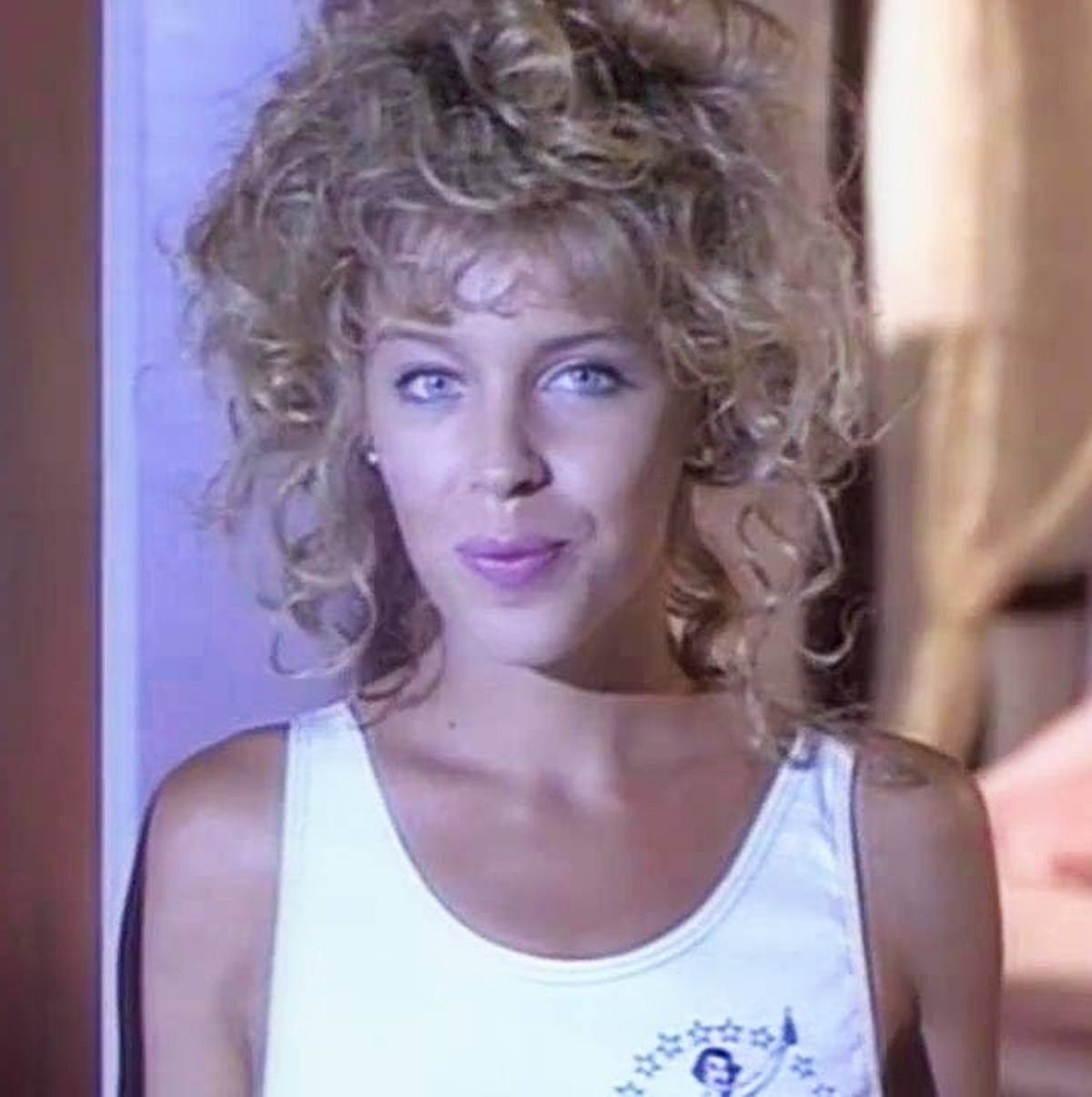 14. She Spoke About Blowing Up The White House

Speaking at a women’s march at Washington DC, Madonna claimed that she had “thought an awful thought about blowing up the White House”. She later denied that she meant this literally, saying “it’s important people hear and understand my speech in its entirety rather than one phrase taken wildly out of context”. 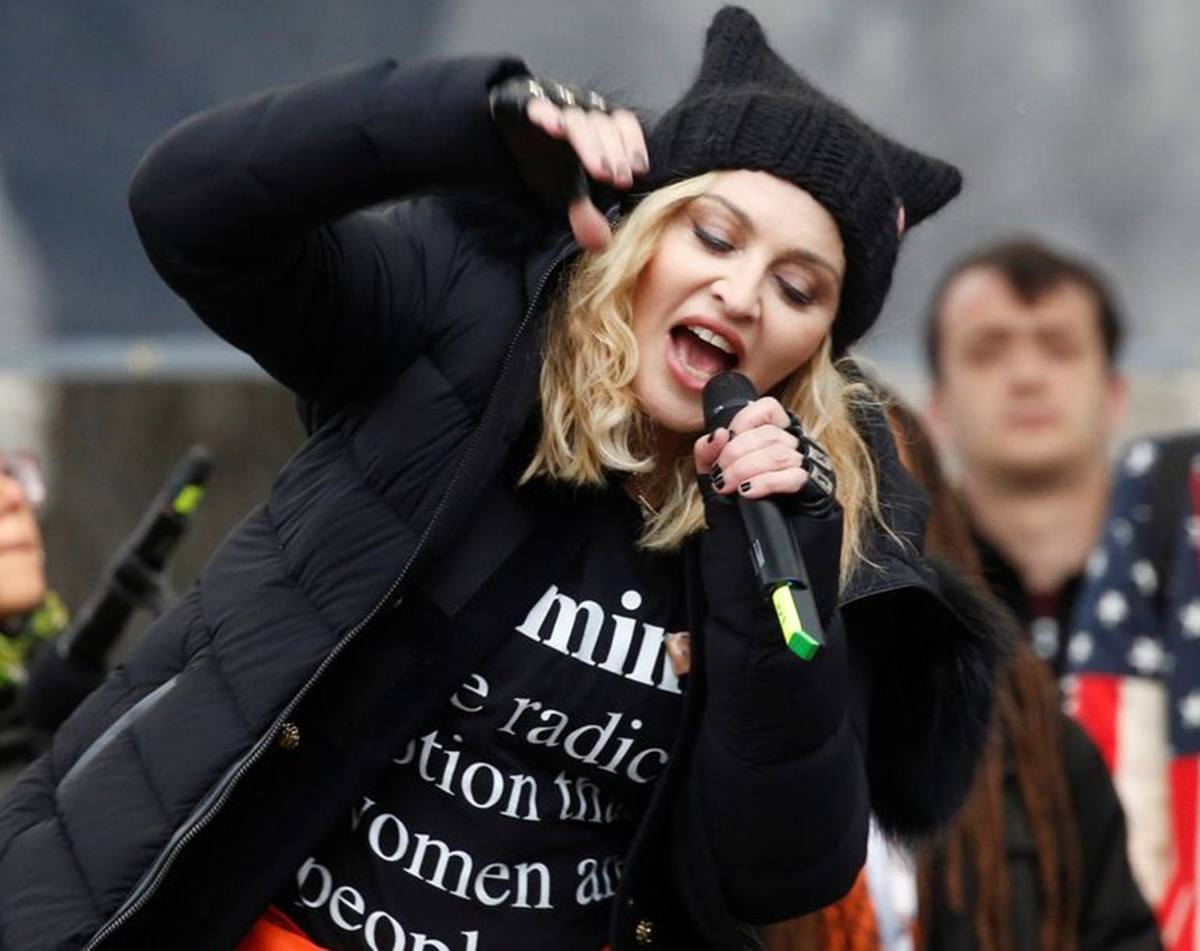 15. She Arrived On Stage On A Crucifix

On her 2006 Confessions Tour, Madonna appeared on stage tied to a mirror-clad crucifix, wearing a crown of thorns. Not surprisingly, this was considered by many to be blasphemous. 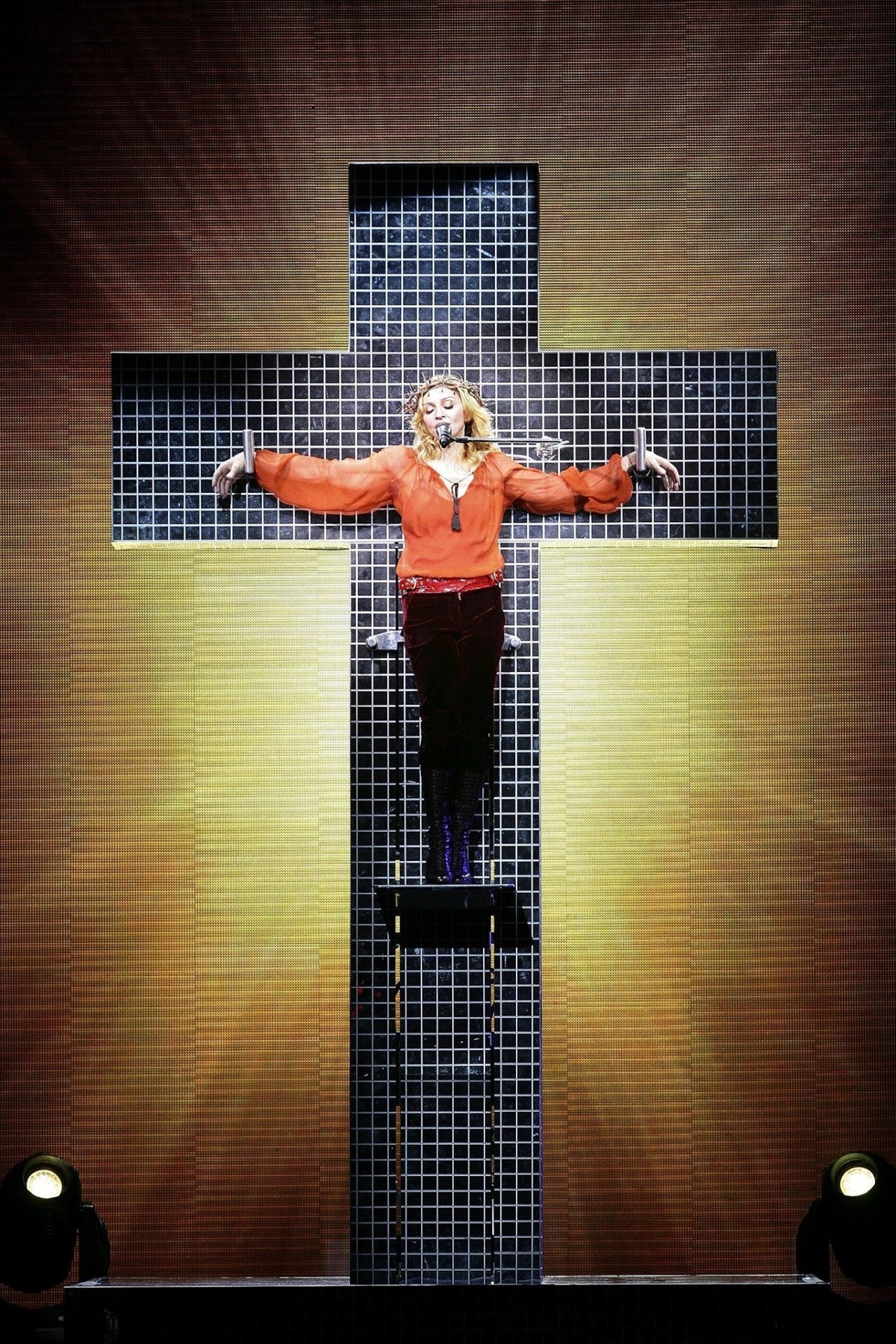 Believe it or not, Madonna once snogged the King of Pop. On the ‘Carpool Karaoke’ section of James Corden’s ‘The Late Late Show’, Madonna revealed that she had once shared “tongue in mouth kissing” with Michael Jackson, saying she’s had never had the chance to talk about it before because “no-one ever asks me”! 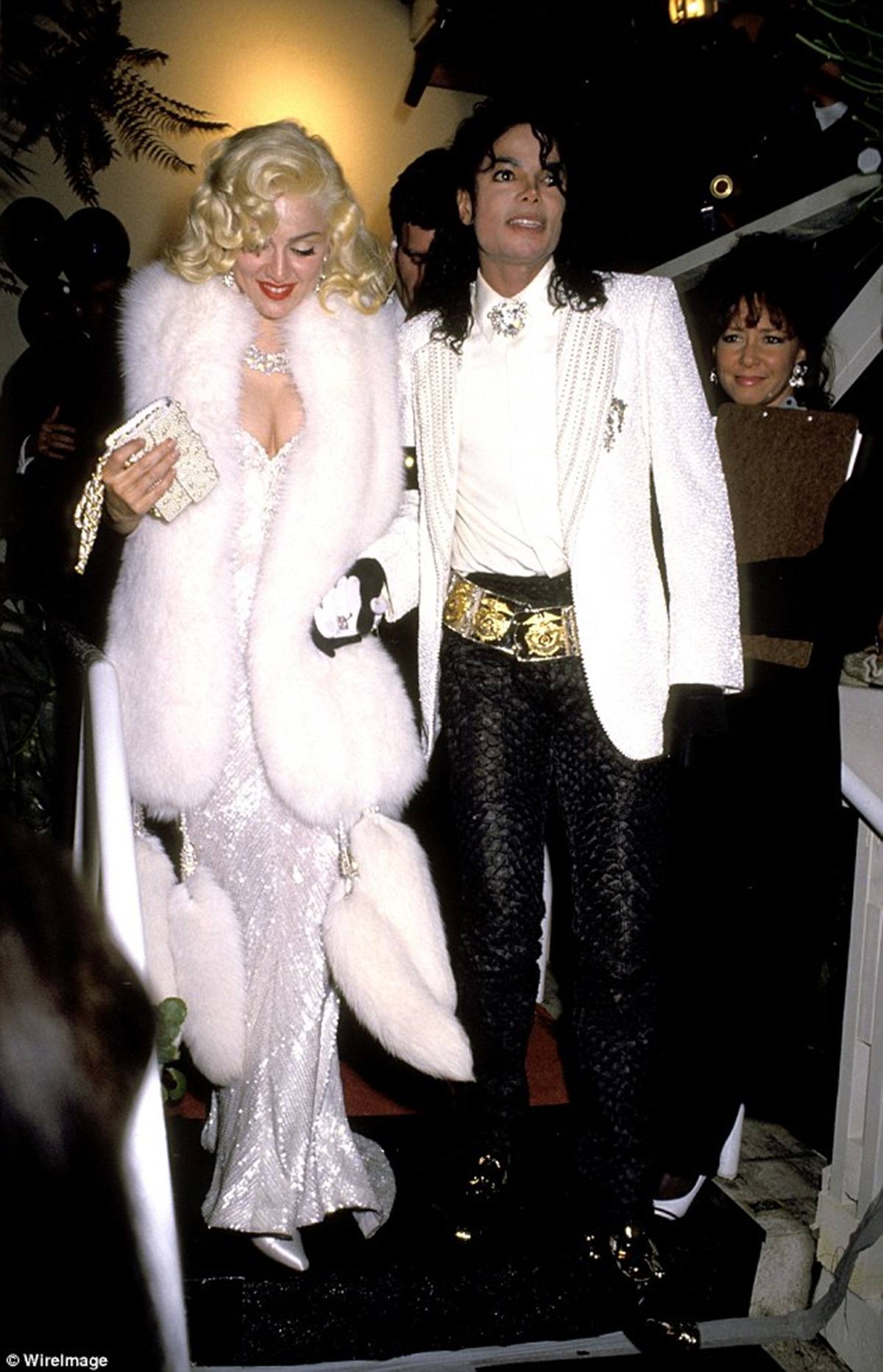 Michael Jackson planned for a huge Vegas comeback in 2005, with an initial idea being to have a 50 foot Michael Jackson robot roam through the Nevada desert. All ideas were scrapped when Jacko was unable to gather enough funds to continue the project. 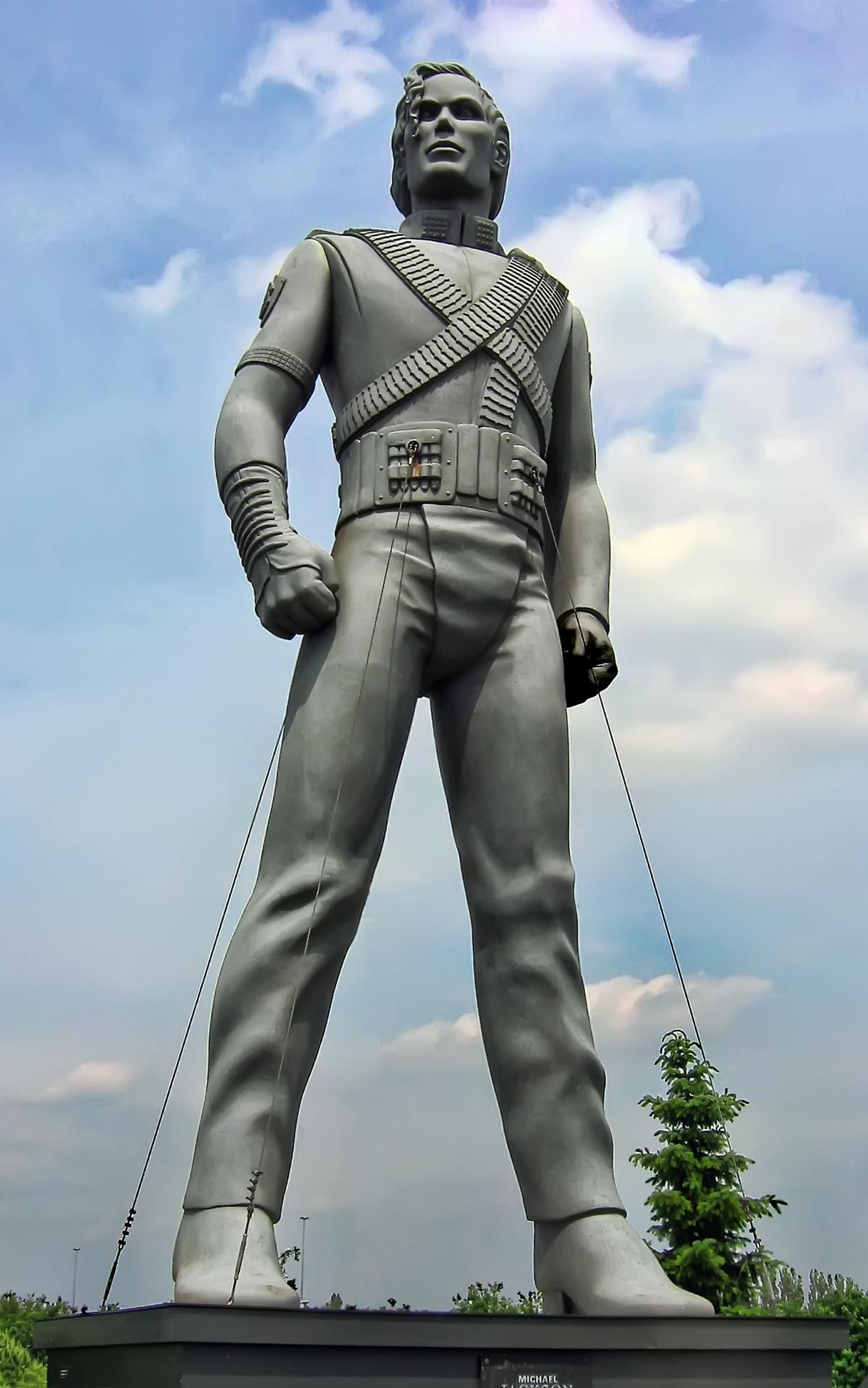 18. He Wanted To Play Spider-Man

When Marvel Comics filed for bankruptcy in the 90s, Jackson tried to buy the company so he could fulfill his dream to play Spider-Man. However, his plan didn’t come to fruition and Tobey Maguire played the web-slinger instead. 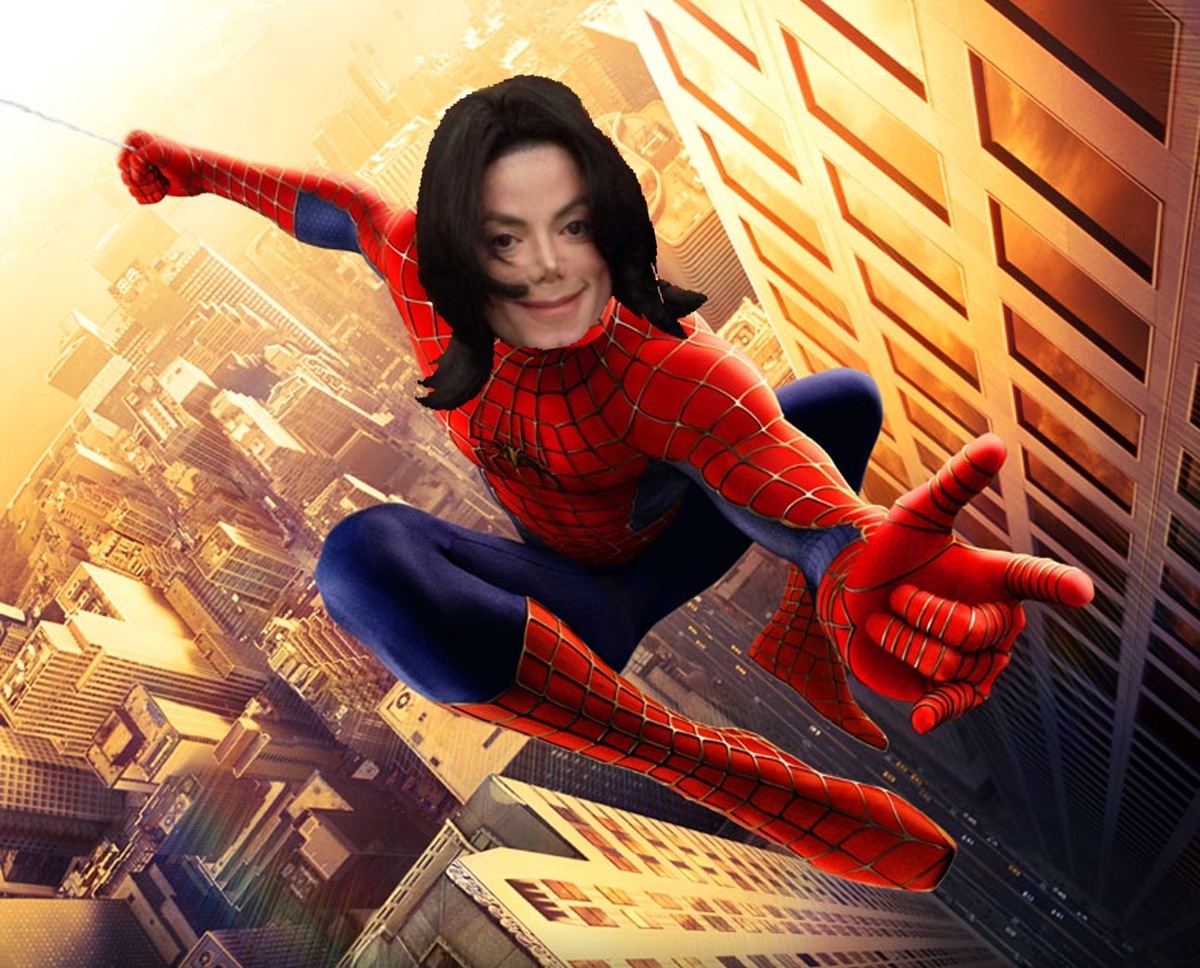 19. He Made Up The Oxygen Tank Story

Do you remember the story about Michael Jackson sleeping in an oxygen changer to defy ageing? He actually made up the story himself and leaked it to the press. 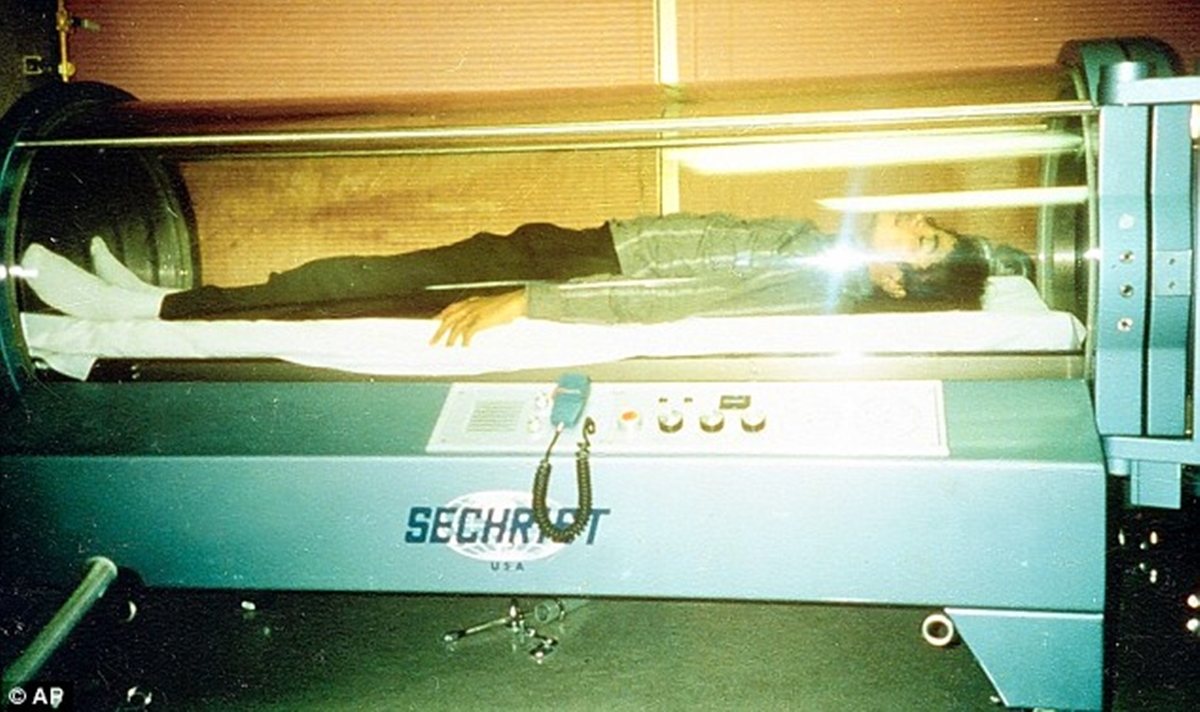 20. The Parental Advisory Warning On Records Is Down To Him

After Al Gore’s wife Tipper Gore heard her 11 year old daughter listening to Prince’s explicit song ‘Darling Nikki’, she founded the ‘Parents Music Resource Center’, which advocated the use of a warning label (‘Parental Advisory: Explicit Lyrics’) on records that have language unsuitable for children. 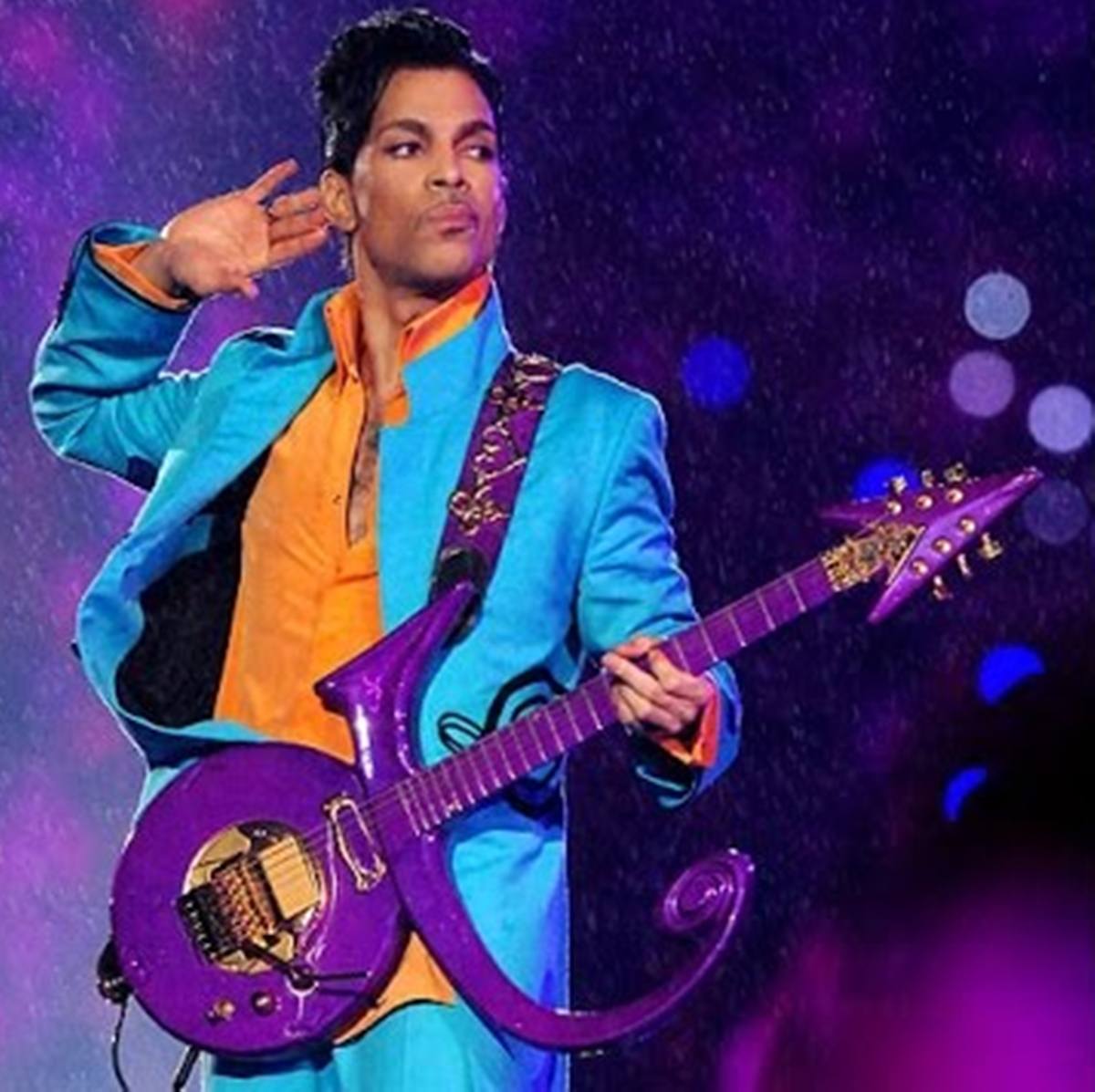 Prince’s half-sister, Lorna Nelson, sued him in 1987, claiming that she had written the lyrics to ‘U Got the Look’. The courts disagreed. 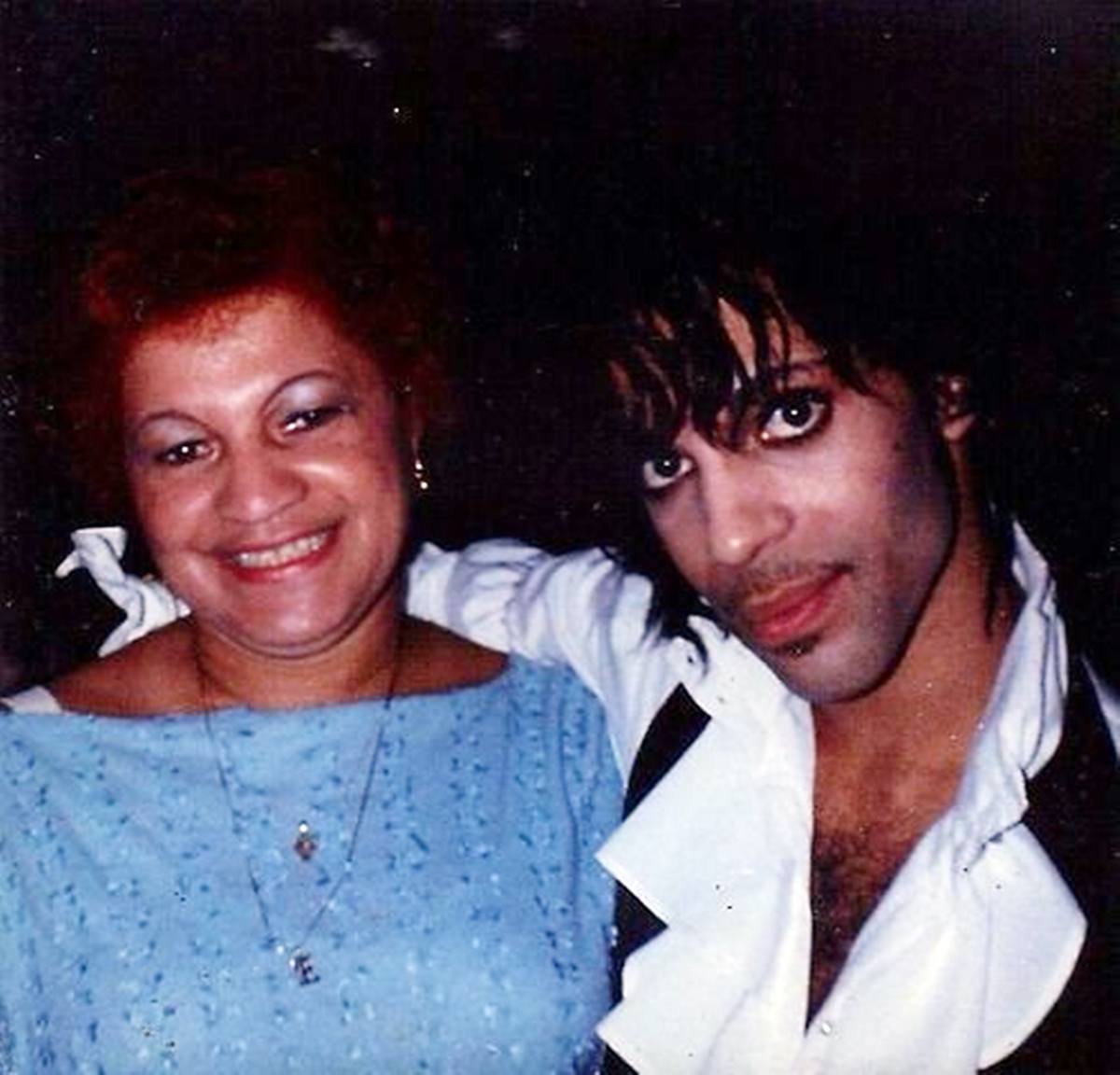 22. They Didn’t Get On With David Bowie

Queen didn’t get on with David Bowie when they collaborated together on Under Pressure. Brian May has said: “I think it was the only time in Queen history where I’ve bowed out.” 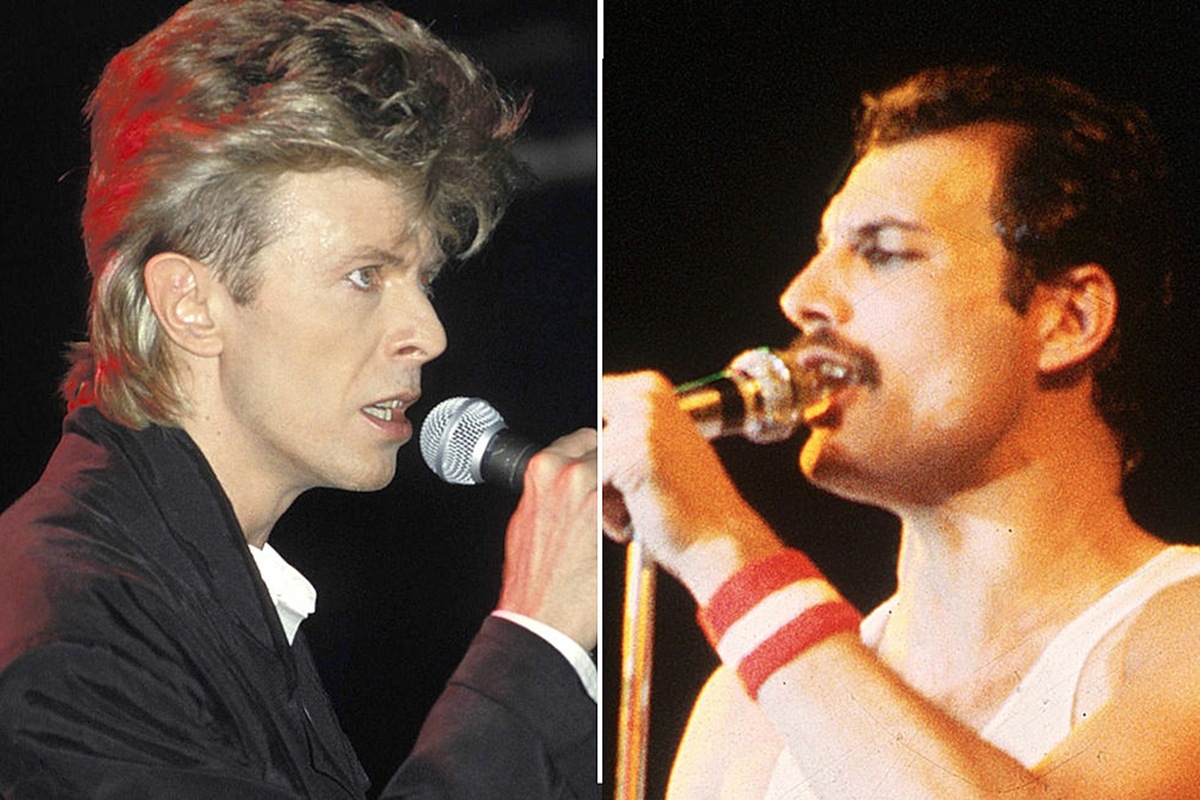 As Freddie once remarked: “The others don’t like my interviews. And frankly, I don’t care much for theirs.” 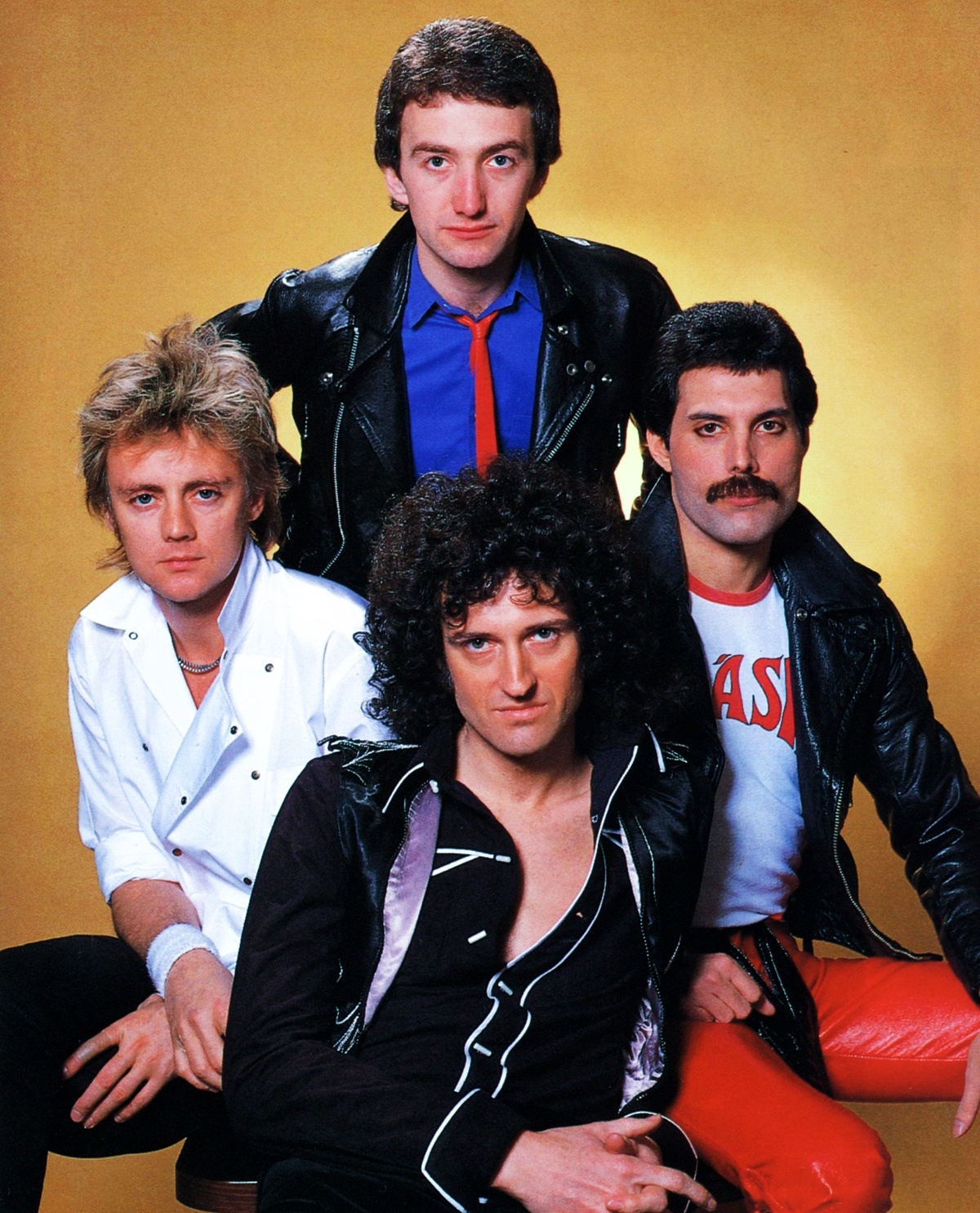 24. They Didn’t Split Up For The Reasons People Thought

When Wham! split up, may people thought it was because they weren’t getting along. But that wasn’t actually the case, with George later revealing that the band ended for artistic reasons, and that the false rumours were started by their former management. George also went on to say that he wanted to “write to more honest emotions in his records, creating songs that people could personally relate to.” 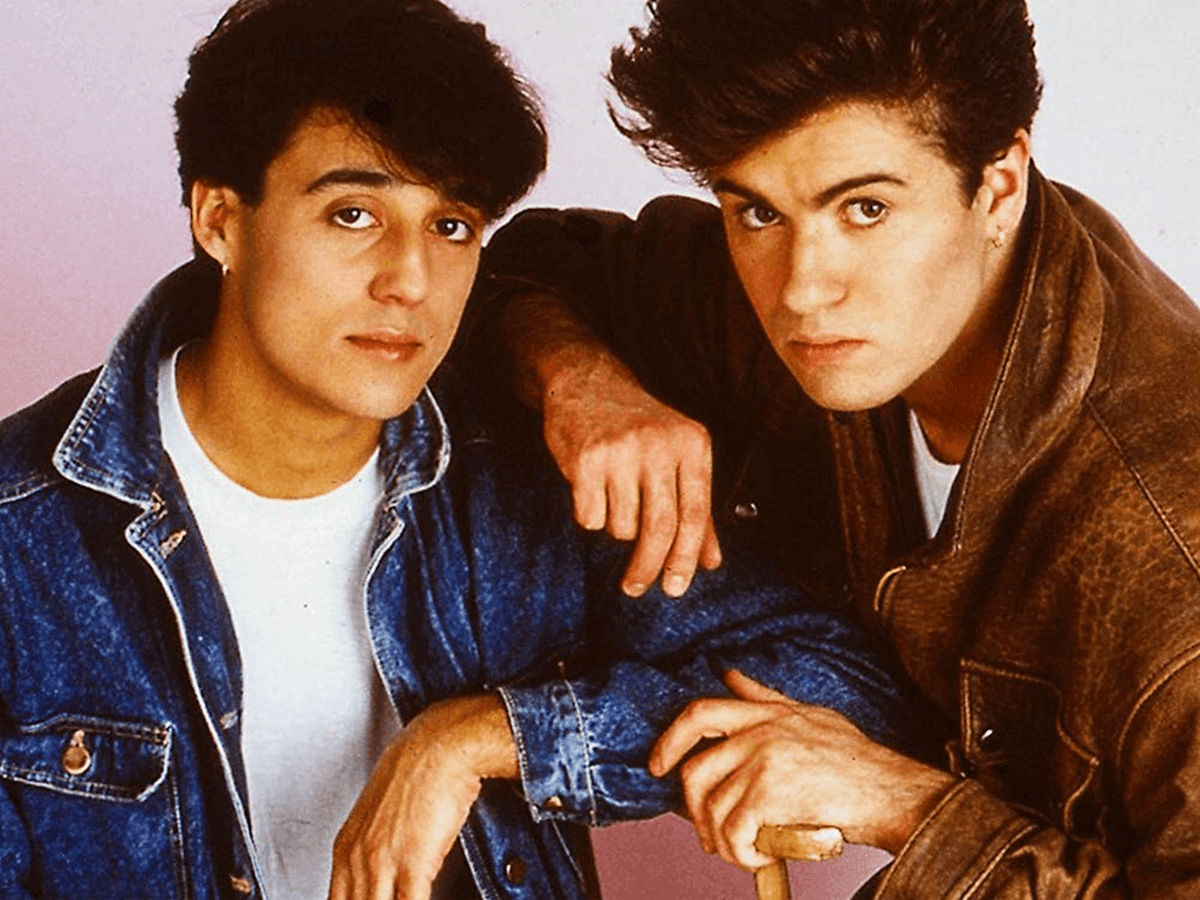 25. They Told People Not To Buy One Of Their Records

Whilst involved in legal battles with the duo, their record company Innervision released a medley of album tracks called ‘Club Fantastic Megamix’, which George and Andrew urged fans not to buy. 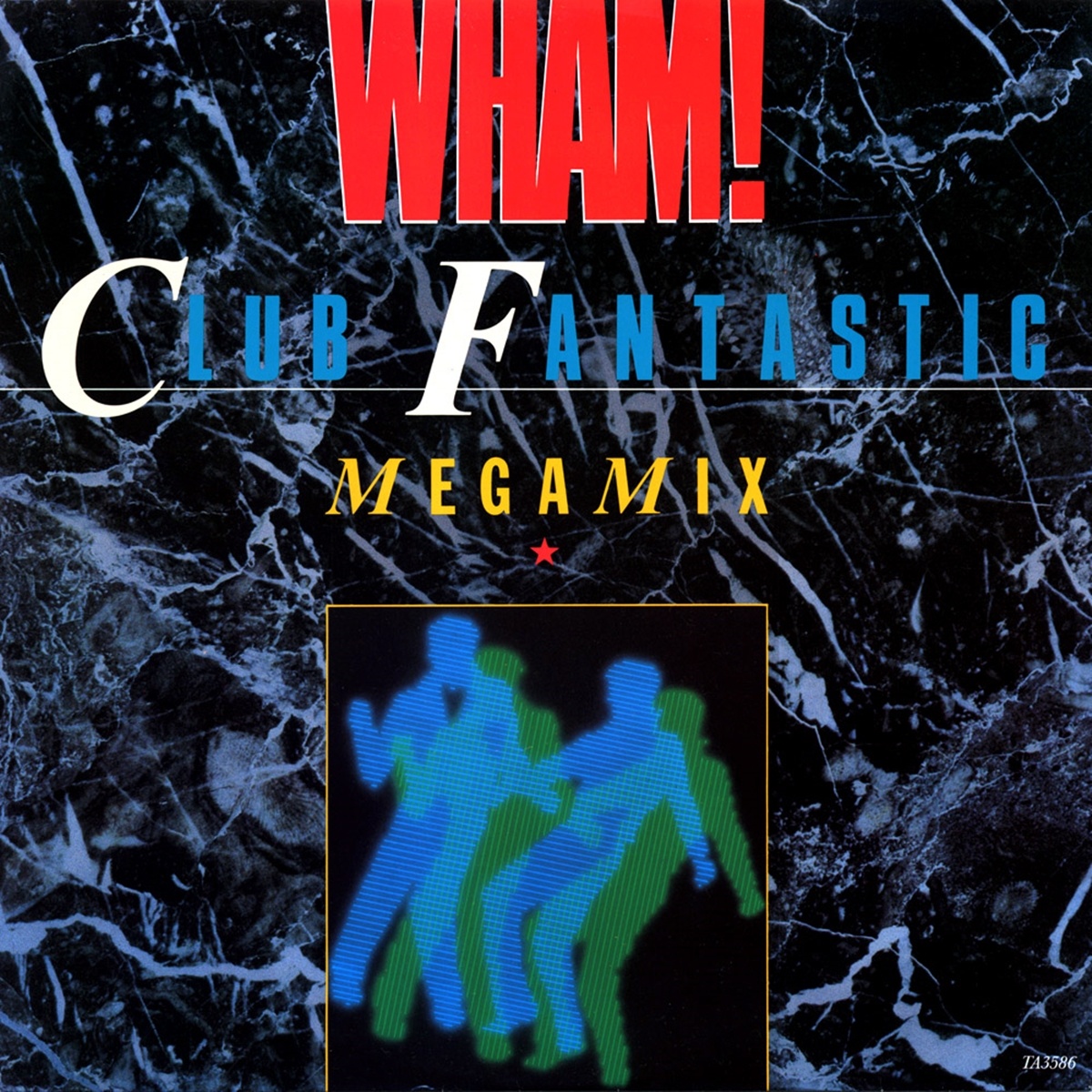 26. They Didn’t Make Much Money Despite Their Success

George Michael and Andrew Ridgeley didn’t make much money from the sales of their successful first album because of the unfair record contract they signed. George Michael opened up about this in his book ‘Bare’, saying “I realized that it was getting ridiculous to have no money, to have to keep asking for a little bit of money for clothes and stuff, when you know how much you are making for other people.” 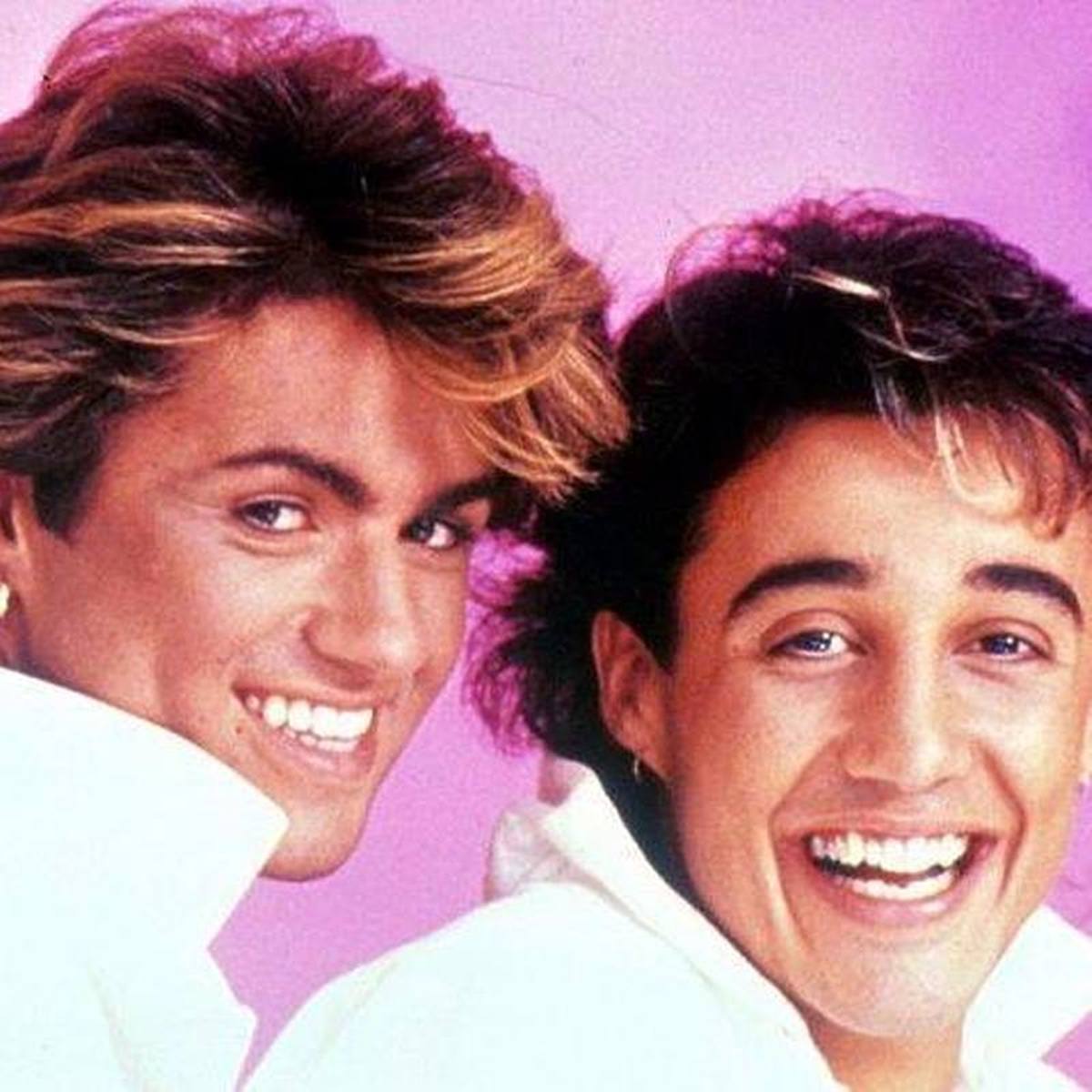 Be sure to share this post with your friends and family so they too can find out more about these legends of the music world!