25 Things You Didn’t Know About Russia

If there’s one place in the news more than anywhere else at the moment, it’s Russia. This colossal country seems to be hitting the headlines nearly everyday at the moment – and not for the best reasons. 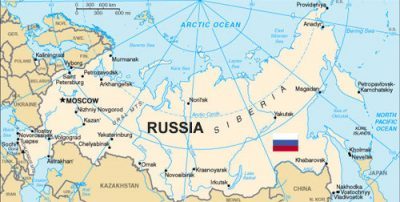 Officially known as the Russian Federation, at a whopping 6,612,100 square miles, Russia is the largest country in the world by area, covering more than one-eighth of the planet’s inhabited land area. But despite its sheer size, how much do we actually know about this secretive state?

Well, we’re here to help you brush up on your knowledge by providing you with 25 interesting facts you might not know about the country. So the next time you hear Russia mentioned on the news (probably today at some point,) you’ll be a little bit more aware of what it’s all about. 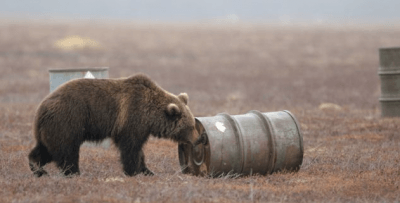 You read that right! Russian bears, specifically bears who live on the Kronotsky Nature Reserve, have taken to huffing jet fuel out of old barrels until they’re dizzy enough to hit the ground. The adorable, 1,200 pound junkies will even go so far as to actively stalk helicopters for their fix, scavenging for and sucking up any excess fuel as it leaks onto the soil.

2. It Has the Longest Pipeline in the World 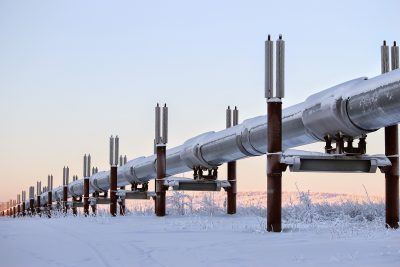 The Russian Pipeline is one of the largest oil networks in the world. It is so big, that end-to-end it would circle the globe an impressive six times! That’s crazy.

3. Russia and America Are Closer Than You Think 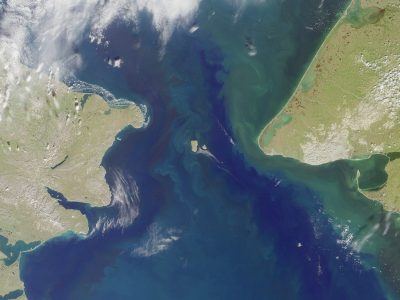 Looking on a world map, it seems that Russia and America are quite the distance apart from each other. With the two countries always seemingly at each other’s throats, it is perhaps a good thing that they’re quite far apart…

…only, they’re not that far apart at all. Maps are flat, and the Earth is round, which means when Russia reaches off the east side of the map, it curves around to meet America’s western tip of Alaska. At their closest point, Russia and America are only a mere 4km apart. 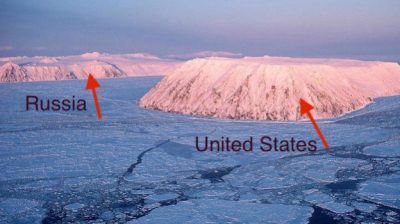 In the Bering straight, the part of water separating the two nations, there are two islands known at the Diomede islands. One is owned by Russia, and the other America, making them only 4km away from each other. And talking of this border… 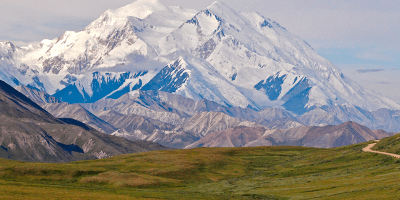 That’s right! On 30th March, 1867, The U.S purchased the state of Alaska from the Russian Empire for a measly $7.2 million dollars! Imagine buying a whole state for $7.2 million…I think that’s a bargain for 586,412 square miles of land.

Russia wanted to sell the territory fearing that it might be seized if war broke out with the United Kingdom.

5. Beer Was Only Recently Classed as Alcohol 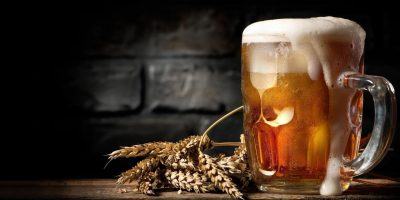 Until 2013, anything in Russia that was under 10% proof was classed as a ‘food stuff.’ The move, signed into law by president Dmitry Medvedev, enabled ministers to control the sale of beer in the same way that spirits are controlled.

6. They Love Tea as Much as Vodka 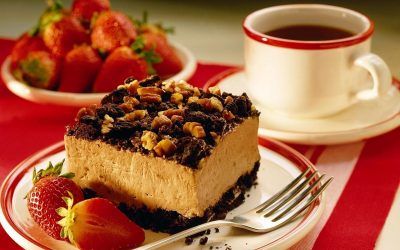 As well as consuming vast amounts of vodka, Russian’s can’t get enough of tea. So much so, in fact, that as a nation they drink six times more of it per year than the Americans. When friends visit somebody hosts invite them to have a cup of tea. This “cup of tea” is not just a tea but a lots of cookies, sandwiches, other meal. Each feast ends with tea-drinking with candies and cakes.

7. Russians Congratulate Each Other For Getting Out of the Shower 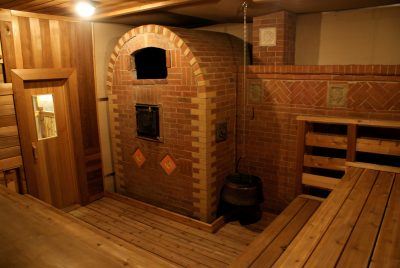 There is an old Russian tradition of congratulating people when they emerge from a steam room or a shower. They will tell each other, “S lyogkim parom!” (Basically, “Congratulations on a light steam.”)

8. Life Expectancy is Lower Than You Think 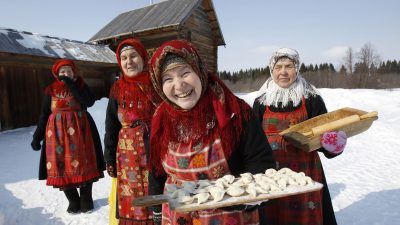 The average life expectancy for a man in Russia is 59 years, whilst for women it is considerably higher at 73 years. This is far short of the UK life expectancy where a man’s average is 86 whilst a woman’s is 89. 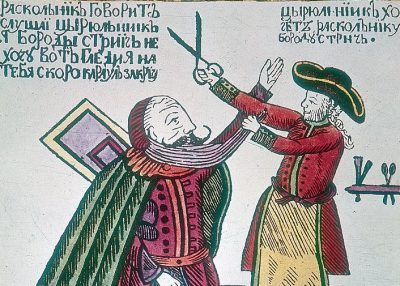 During the reign of Peter the Great, anyone who had a beard was taxed for it. To enforce the ban on beards, the tsar empowered police to forcibly and publicly shave those who refused to pay the tax.

10. They have A LOT of Nuclear Weapons 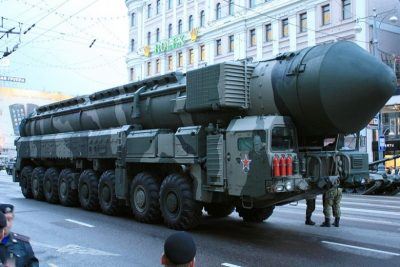 The Russian Federation has over 8400 nuclear weapons, which is more than any other country. In comparison, the USA has 7,200 whilst the UK only has a measly 215, 85 less than France.

11. Russia and Japan Are Technically Still at War 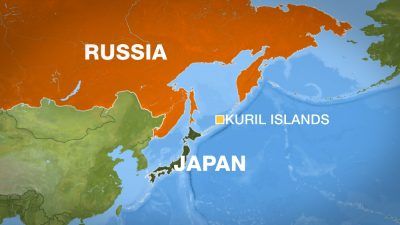 Since Japan’s surrender after WW2, a formal peace treaty still hasn’t been signed between the former Soviet Union and the small island nation. It is all to do with a dispute over the sovereignty of the South Kuril Islands, a chain of desolate islands off northern Japan that were seized by Soviet forces in August 1945.

The countries are still in talks today over the disputed islands.

12. Russians Will Have A Sit Down Before Travelling 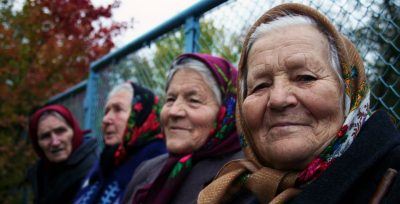 Imagine you are in a Russian home, visiting some friends or relatives. You’re about to leave, so all your bags are packed, you’ve said your goodbyes and are just about to head out of the door. Suddenly you hear: “Sit down before the journey”. All people sit down, spend a few seconds in silence, and then say: “Have a pleasant journey!” or “With God”.

Yes, it’s a tradition to have a few moments of sitting down in silence before going on your way in Russia…but why? Well it dates back to antiquity when people believed in good and evil spirits. At that time “to sit down before the journey” meant to stop, not to take the way of evil spirits.

13. They Have A Massive Metro System 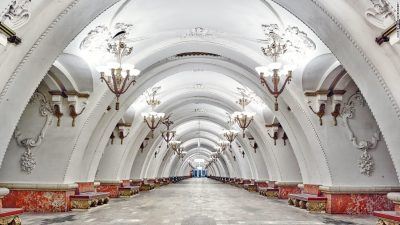 In Moskow, it is believed that over 9 million commuters ride the metro every day. That’s more than London and New York combined, and who can blame them when their stations look THIS beautiful! Honestly, the Moscow Metro is just stunning. 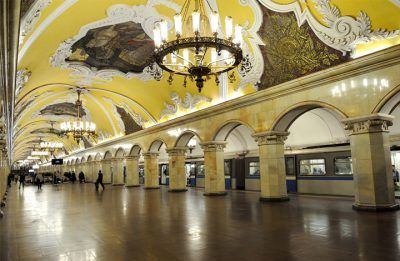 14. Struggling To Find A Girlfriend? 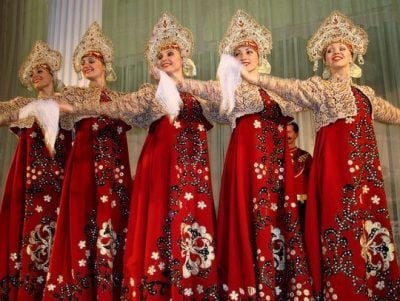 If you’re struggling to find a girlfriend, then Russia is the place to go! The gender ratio in Russia is currently 86.8 men per 100 women. This ratio is a lot higher than most other countries due to World War II, when many Soviet men died in battle or left the country to fight. In 1950, there were just 76.6 men per 100 women in the territory that is now Russia. That number rose steadily in subsequent decades, climbing to 88.4 by 1995 before declining again.

15. They Launched the First Satellite 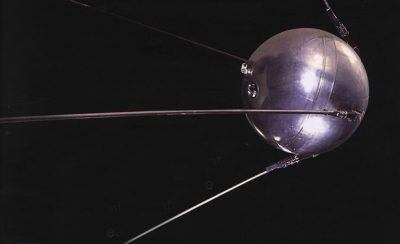 Russia was the first country to launch a satellite into space. Named ‘Sputnik’ or ‘Satellite-1,’ Russia launched it into orbit on the 4th October, 1957.  It was a 58 cm (23 in) diameter polished metal sphere, with four external radio antennas to broadcast radio pulses. Its radio signal was easily detectable even by radio amateurs.

16. It Has the World’s Longest Railway

The Trans-Siberian Railways spans almost the entire length of the country and makes it the single longest railway in the world. It departs Moscow and then crosses into Asia, making its way to the Pacific Ocean port of Vladivostok where it reaches its end. This journey, non-stop, will take you a whopping 152 hours and 27 minutes to complete (nearly an entire week.)

17. Don’t Give an Even Amount of Flowers 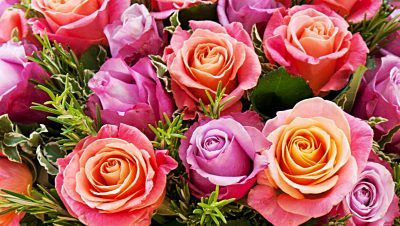 In Russia, it is considered unlucky to give a woman (or anyone for that matter) an even amount of flowers. It is considered bad luck and is associated with funerals. 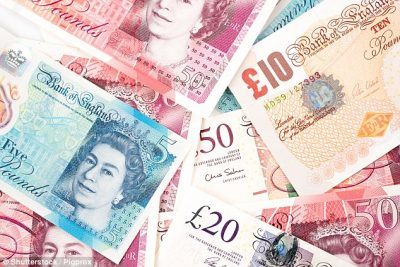 Russia’s capital of Moscow is home to more billionaires than any other city in the world. There are a total of 74 billionaires living in the capital, 3 more than second-place city, New York. 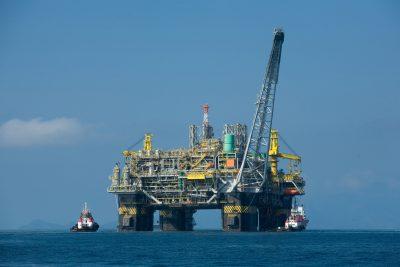 Russia is the largest producer of oil in the world! Saudi Arabia comes in at number two whilst the United States lags behind at number three. The United Kingdom is all the way down in twentieth place. We wouldn’t go digging in our back-gardens any time soon to see if you strike lucky.

20. Tetris Was Invented By A Russian 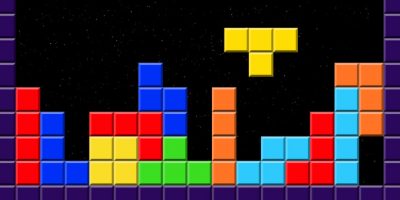 As we wrote yesterday, Tetris was top on our list of video games to come out of the ’80s. Well did you know that Tetris was the brainchild of Alexey Pajitnov? No? Well you do now.

21. Stalin Was an Immigrant 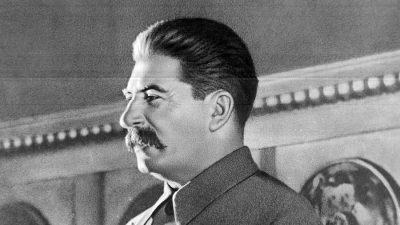 A powerhouse of Soviet politics, this Russian politician was not actually Russian at all. He was, in fact, Georgian, and didn’t start learning the language of Russia until he was 8.

22. It Has the Largest Fresh Water Lake in the World

Lake Baikal is the largest freshwater lake by volume in the world, and it alone contains 22-23% of all the world’s fresh surface water! That’s an impressive amount. It is also the world’s deepest lake, with a maximum depth of 1,642 meters (deeper than the world’s tallest building.) It is also considered as the world’s oldest lake. 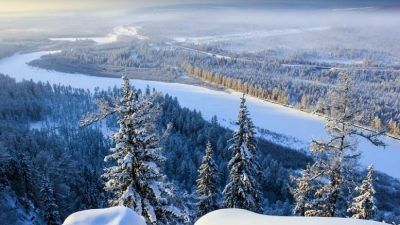 That’s right! A whopping 70% of the country is made up of Siberia alone. The territory of Siberia extends eastwards from the Ural Mountains to the watershed between the Pacific and Arctic drainage basins.

Essentially, the Russian Domesticated Red Fox is a form of the wild red fox. It has been domesticated to an extent under laboratory conditions. Essentially, they are the result of an experiment designed to show the power of selective breeding. Only the most tame foxes of each generation are allowed to breed, which means over time, their behaviour has become much more dog-like. Where can we get one? 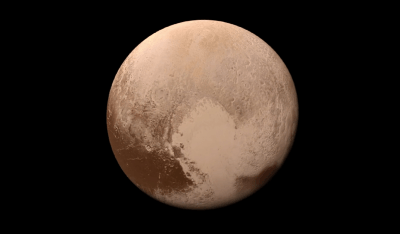 And finally – your last fact about Russia…it SO big, that it actually has more surface than an entire planet. At 17m km2, the country is bigger than Pluto, at a mere 16.76m km2.

So, the next time you here this country pop up on the news, you’ll now know a little bit more about it.