These days computer games immerse you in a way that 30 years ago you would never have considered could ever be possible. During our childhood we were limited to pixelated characters and only a handful of colours on screen, but did we care? Did we heck! So without any further delay, we present the following 25 Retro Computer Games That Will Remind You Of Being A Kid! How many do you remember?

We know that Jet Set Willy, the sequel to Manic Miner, was a big favourite among many of you. This classic game saw a tired Miner Willy tidying up all the items left around his house after a big party.

It was published in 1984 by Software Projects and ported to most home computers of the time.

In Your Spectrum magazine in June 1984, Sue Denham wrote that the game was “every bit as good and refreshing as the original”. 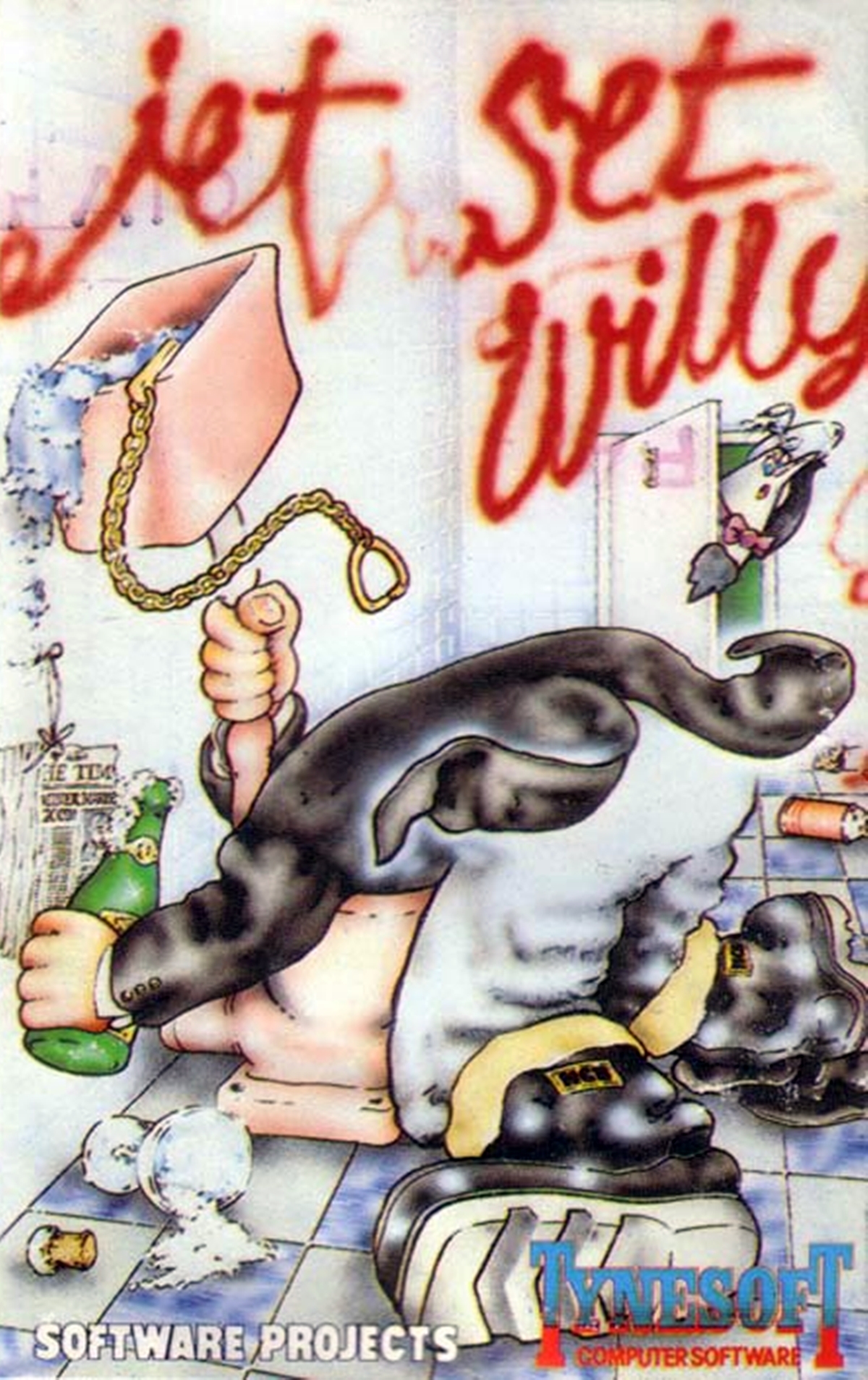 Chuckie Egg was a massively popular game where you played as ‘Hen-House Harry’, trying to collect the twelve eggs positioned in each level before a countdown timer reached zero.

The game was written by a guy named Nigel Alderton. He was only 16/17 years old at the time he wrote it.

The ZX Spectrum version was rated number 13 in the Your Sinclair Official Top 100 Games of All Time. 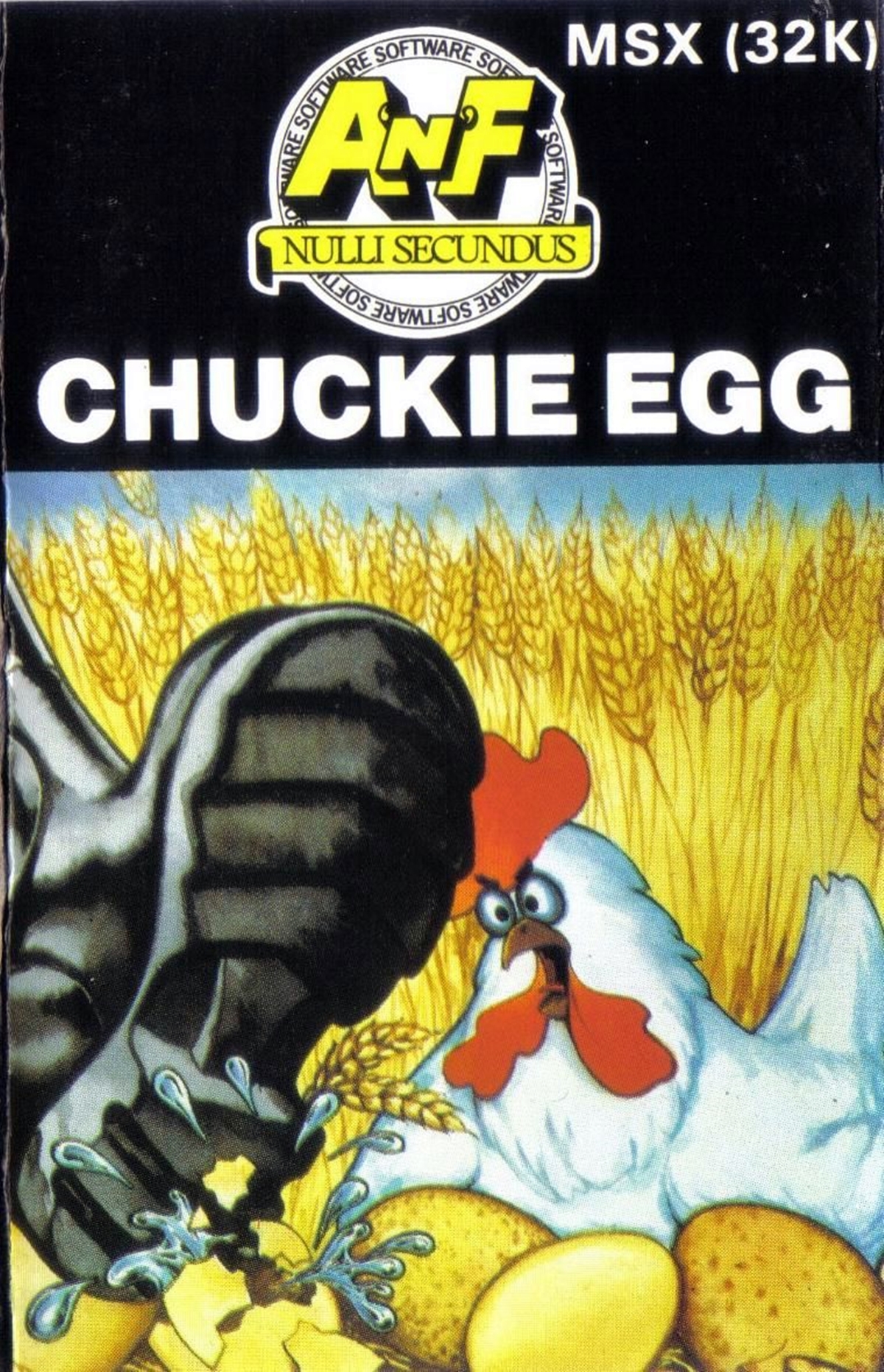 The second in a series of 5 ‘Horace’ games, Horace Goes Skiing was a two stage game where you would first have to cross a road, ‘Frogger’ style, to collect your skis. If you managed this without being hit by the fast moving traffic then you were rewarded with a trip down a ski slope.

The horrible sound effect when you ski into a tree stays with us to this very day. 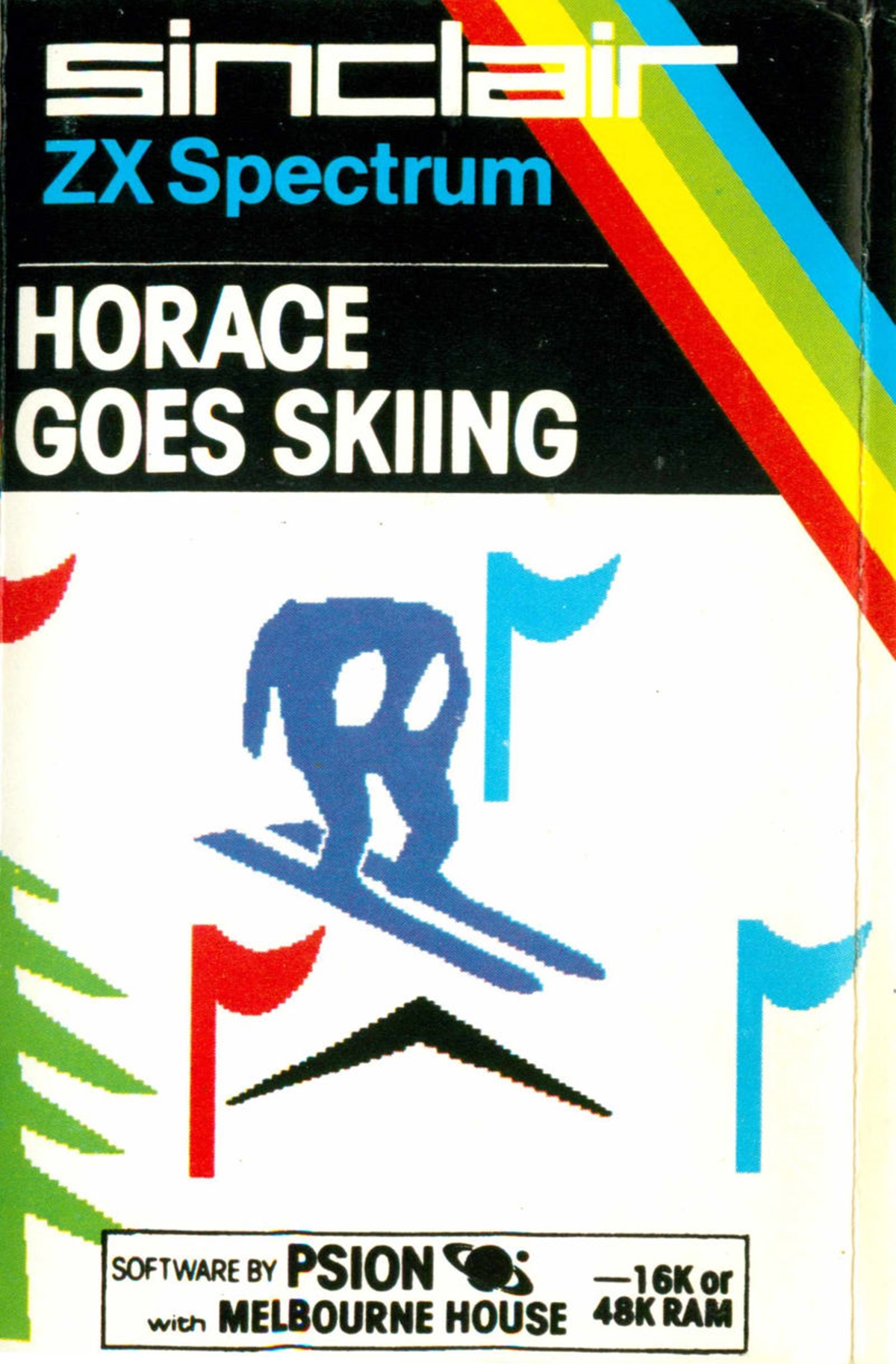 Jetpac was a simple yet addictive game where you had to rebuild your rocket ship and fill it with fuel whilst at the same time defending yourself against waves of increasingly troublesome aliens.

The game is the first instalment in the Jetman series, and is the first game to be released by the company, who were later known as Rare. 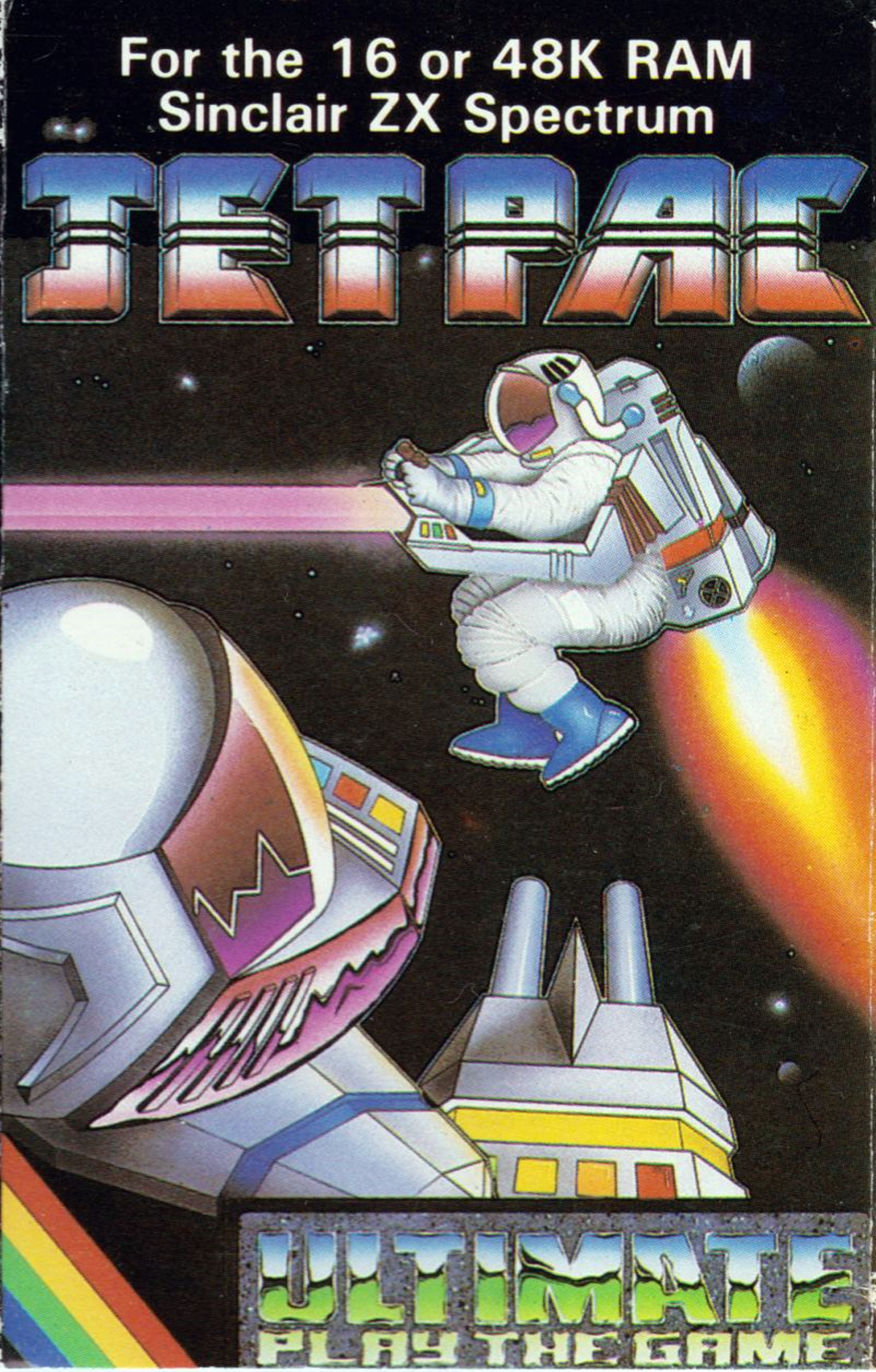 Skool Daze was a brilliant game where you played as a schoolboy called Eric, with the objective of stealing his report card out of the staff room safe by accomplishing various tasks.

The game was commercially and critically successful, and praised for its original concept. It has since been regarded as one of the pioneers of the sandbox game genre. 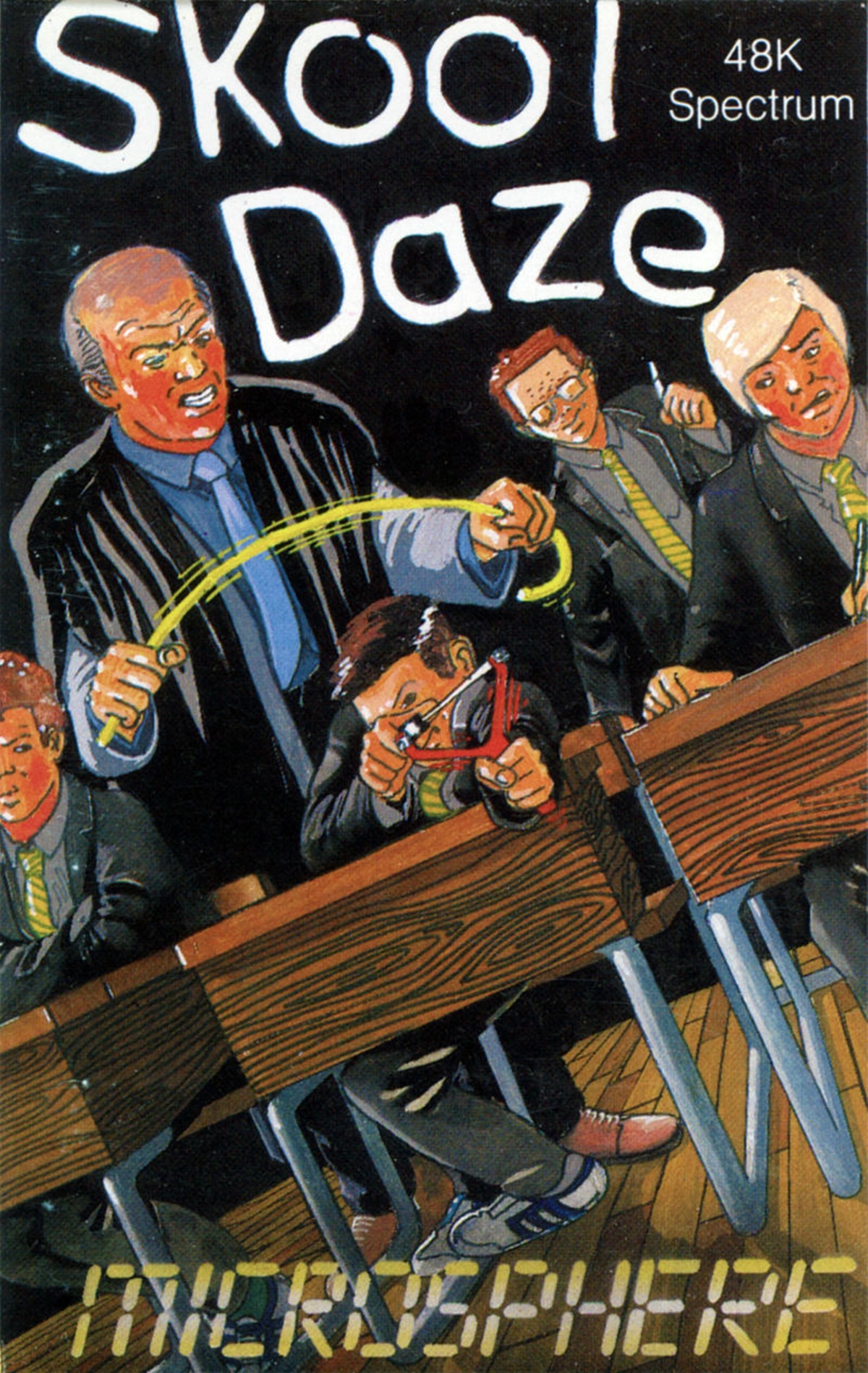 Another fantastic game, the highlight being when you travelled up a thin road and turned into a boat for the water section, good times.

Following the success of the arcade version of Spy Hunter, a pinball version of the game was released in 1984 by Bally. The original Spy Hunter was followed by an arcade sequel, Spy Hunter II in 1987 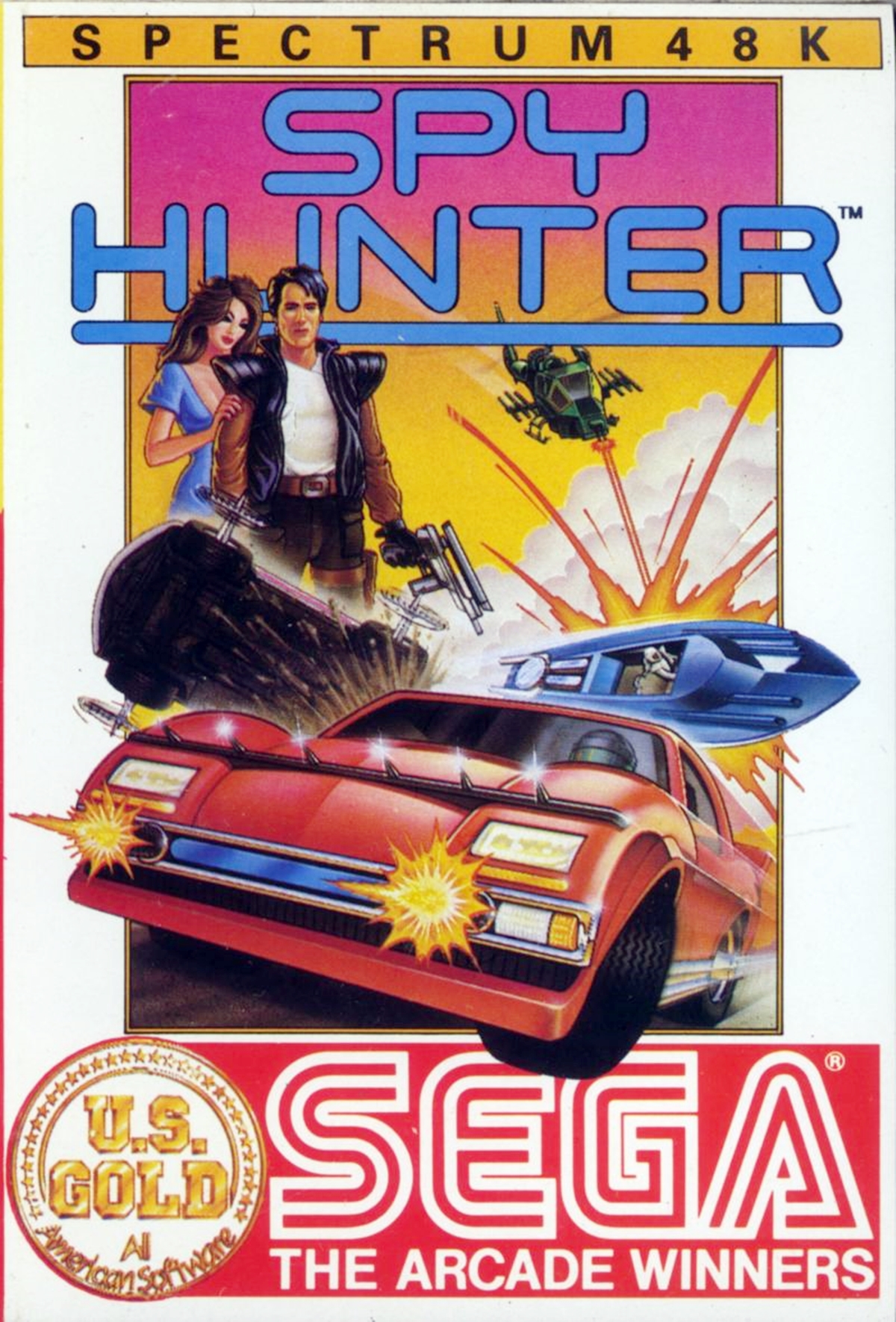 Ant Attack was possibly the first ‘true’ isometric 3D game, and whilst it looked incredibly simplistic it was really addictive!

While both Q*bert and Zaxxon previously used isometric projection, Ant Attack added an extra degree of freedom (ability to go up and down instead of just north, south, east and west.)

Almost all of the game code was written by hand on paper using assembler mnemonics, then manually assembled. 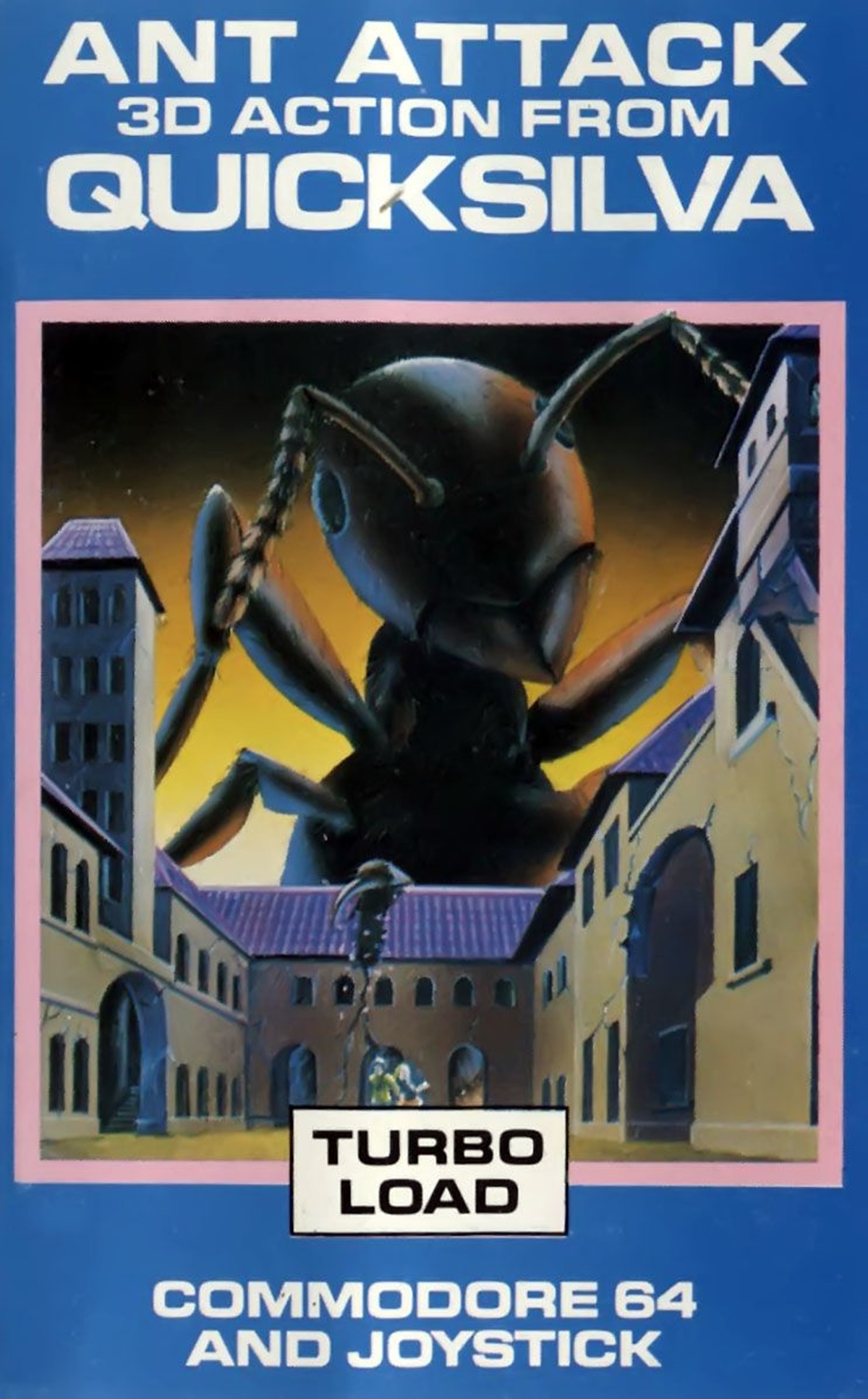 The Daley Thompson games saw you battering two keys on you keyboard, or wiggling your Kempston Joystick if you had one. 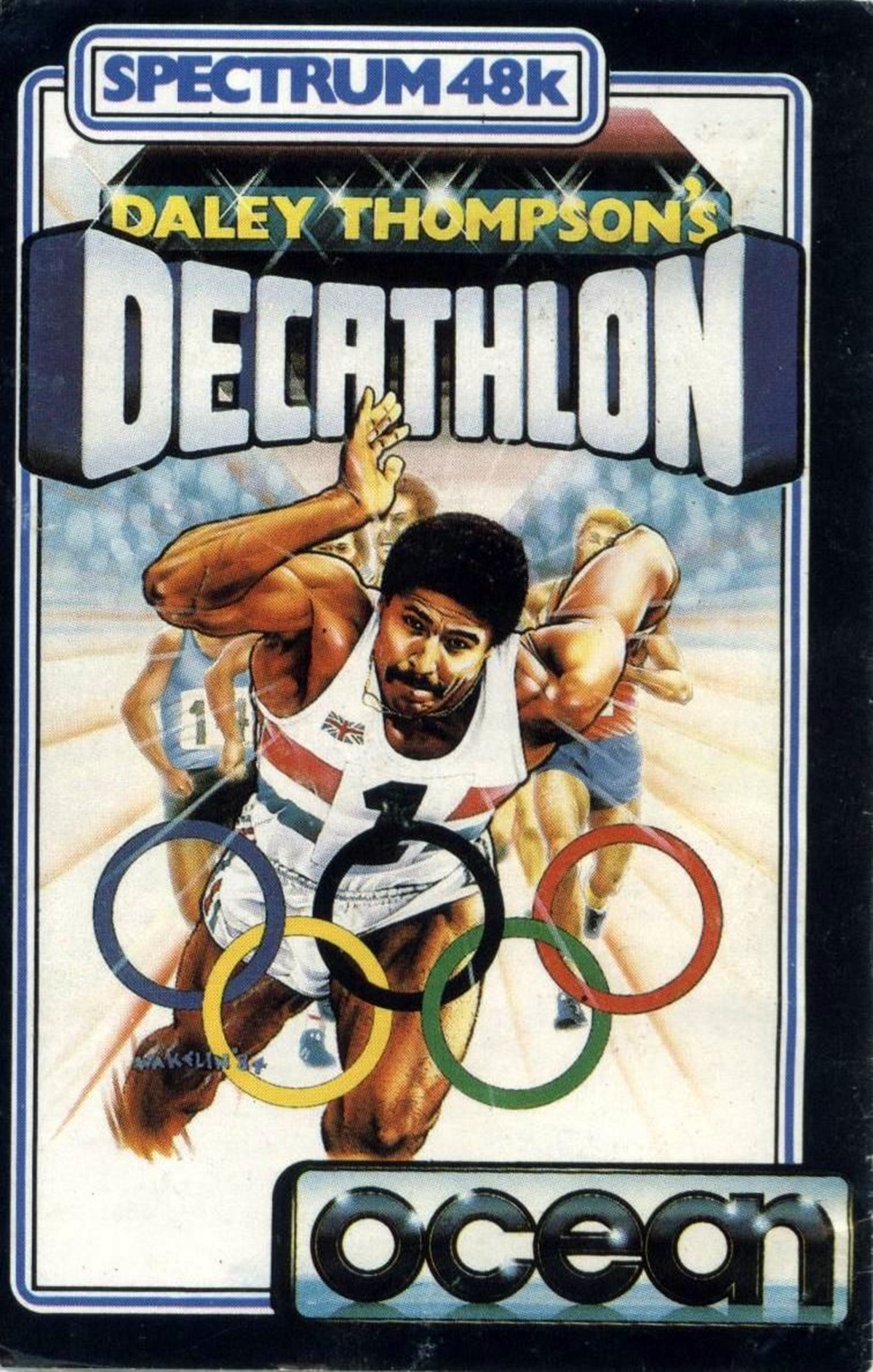 I remember many hours being spent playing this game on my ZX Spectrum.

FIFA it was not, but at the time I didn’t know any better and I really didn’t care! 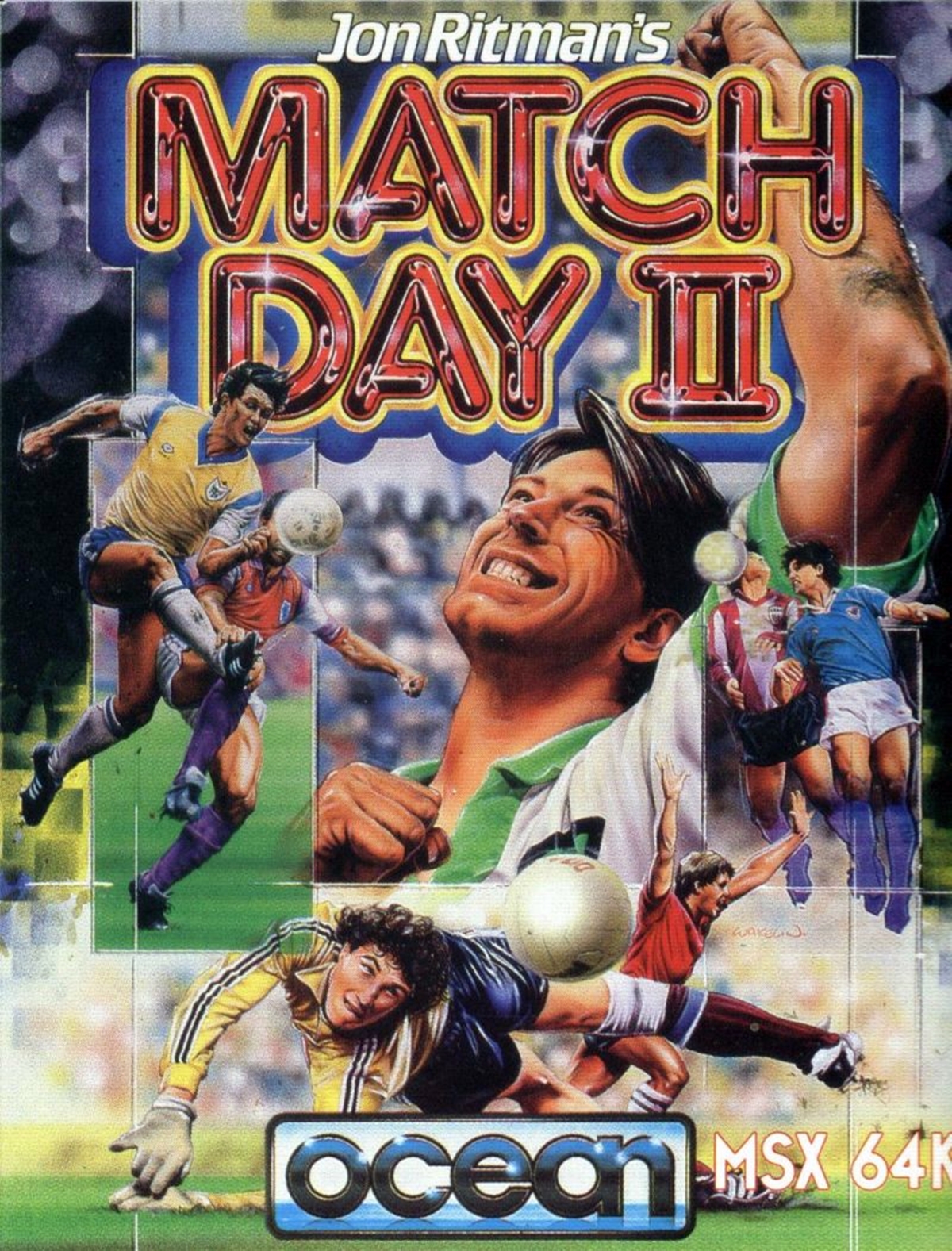 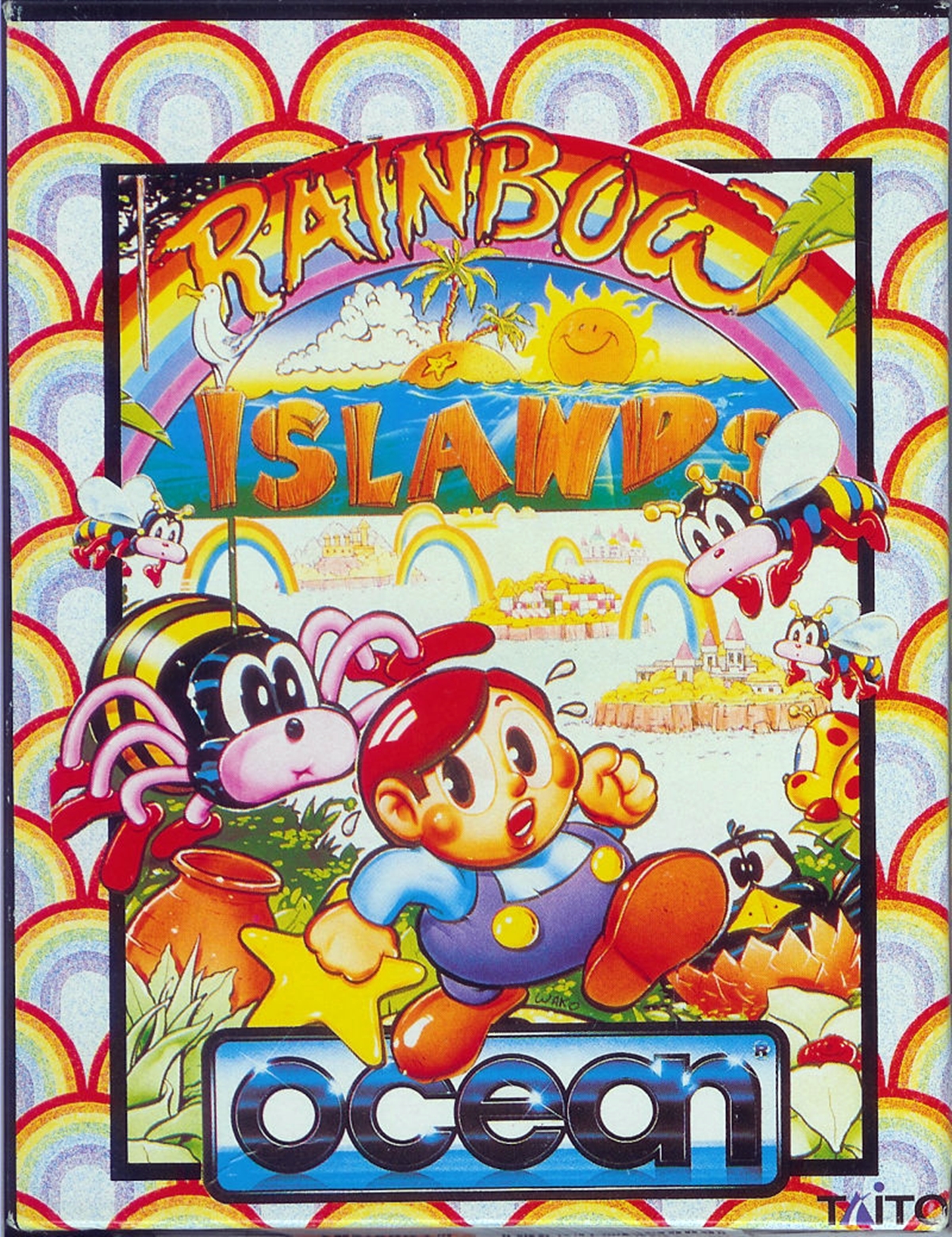 Trashman saw you collecting ‘Trash’ from houses with a strict time-limit, whilst also defending yourself against dogs and deciding whether to collect tips from the quip-delivering house owners. 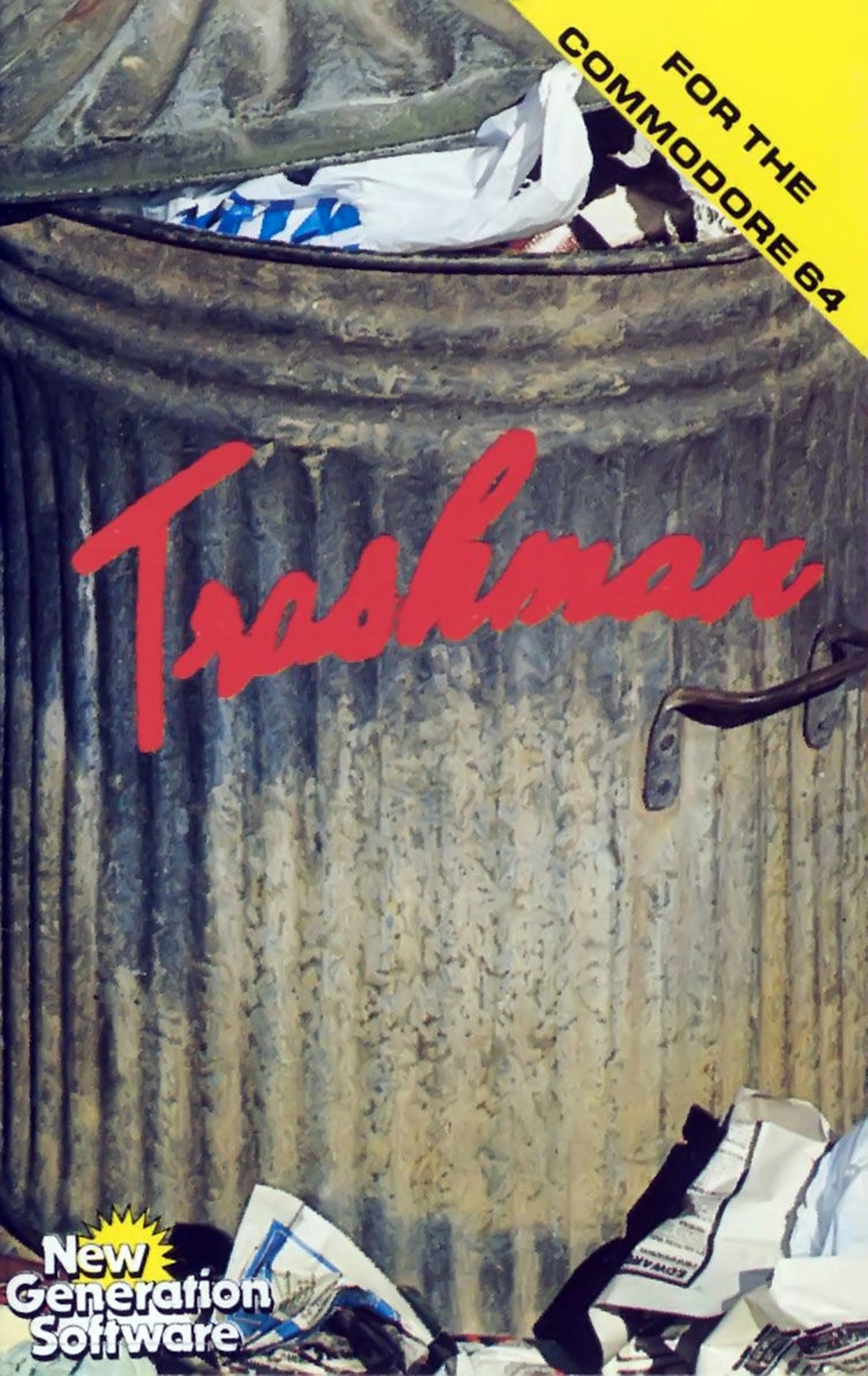 Green Beret was called ‘Rush’n Attack’ (as in ‘Russian Attack’) in the US, and is remembered for its Cold War setting and its reliance on the player using a knife to dispatch enemies. 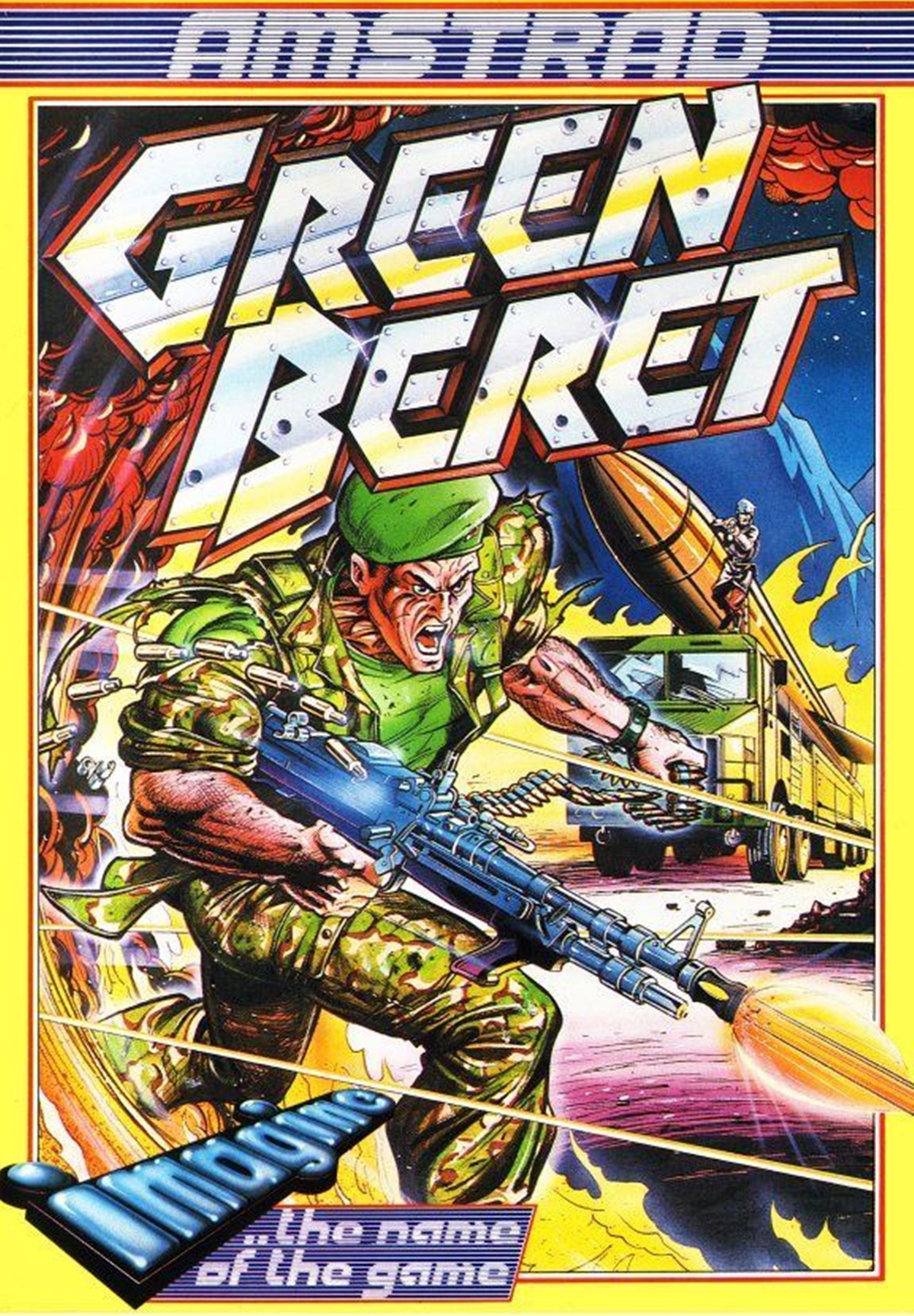 We had so much fun with this one!

After Burner was a combat flight game that originated as an arcade cabinet, complete with moving seat! 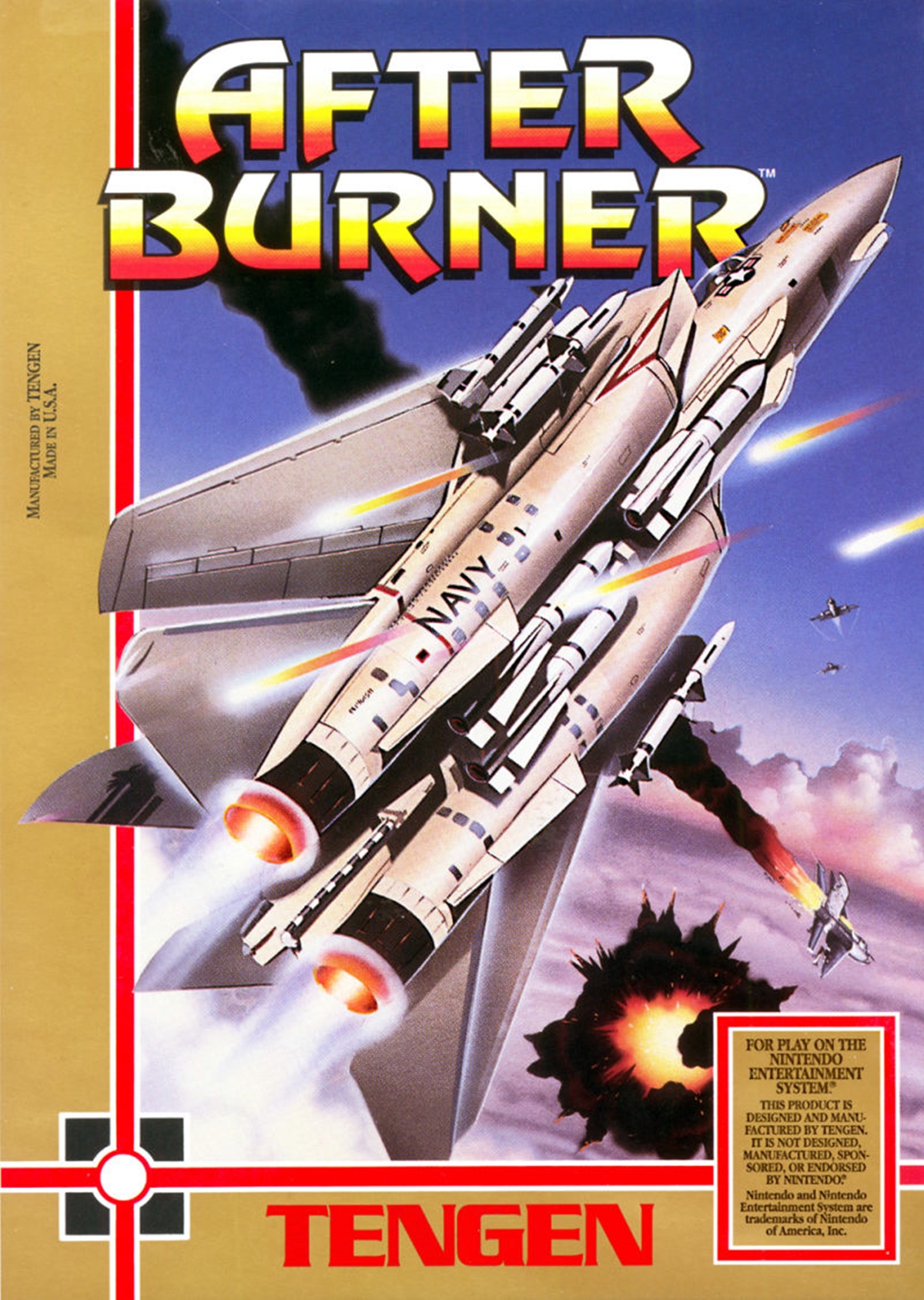 It was impossible not to like Paperboy. The concept was so simple but you wanted to play it again and again.

Did you know that the Nintendo Entertainment System version is the first NES game developed in the United States? 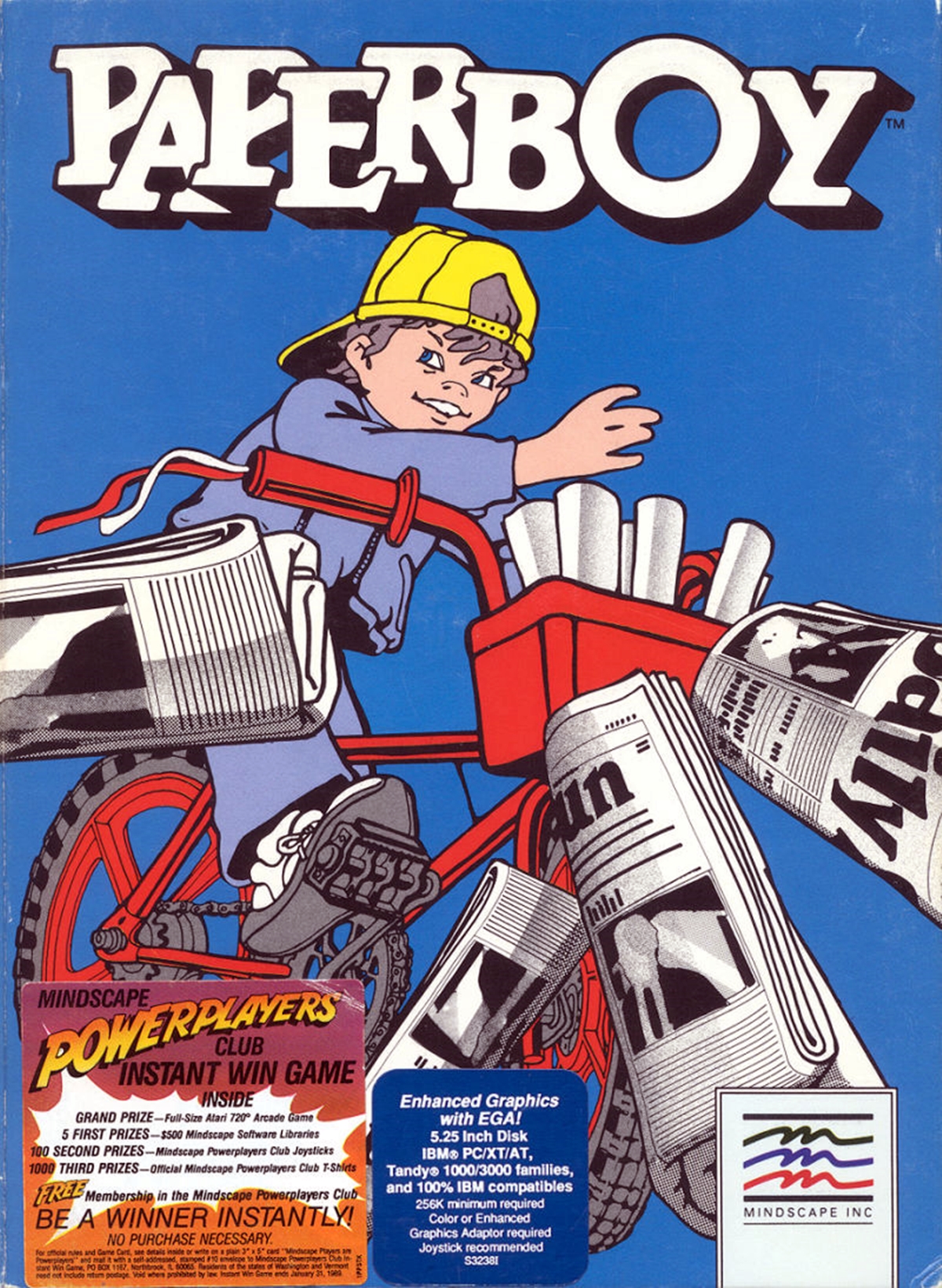 This sequel to ‘Ghosts ‘n Goblins’ was a classic side-scroller that we’re sure many of you will remember well. 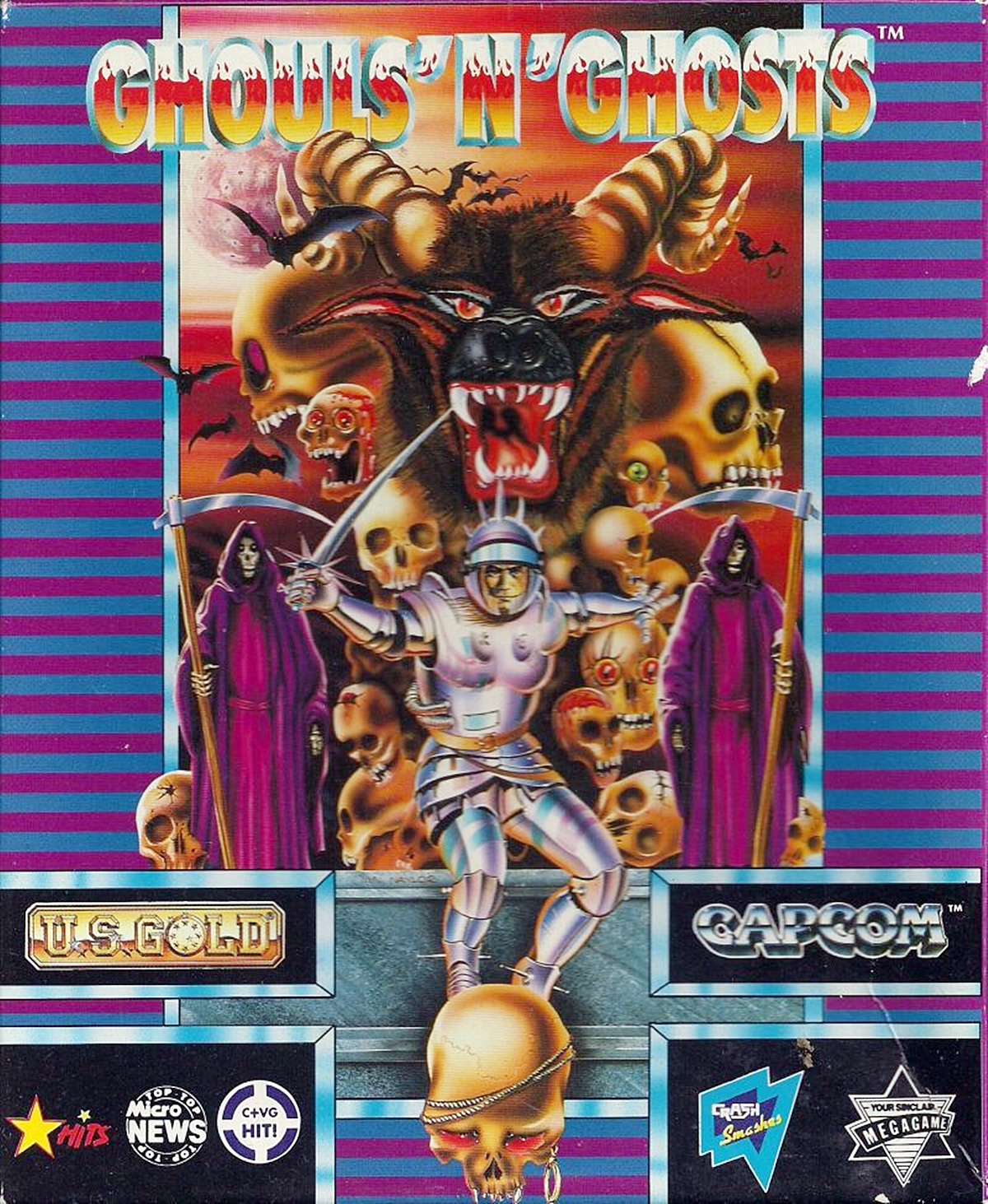 Out Run is one of the best selling computer games of all time, and is notable for its pioneering hardware, graphics and music, and innovative features such as a delectable soundtrack and nonlinear gameplay. 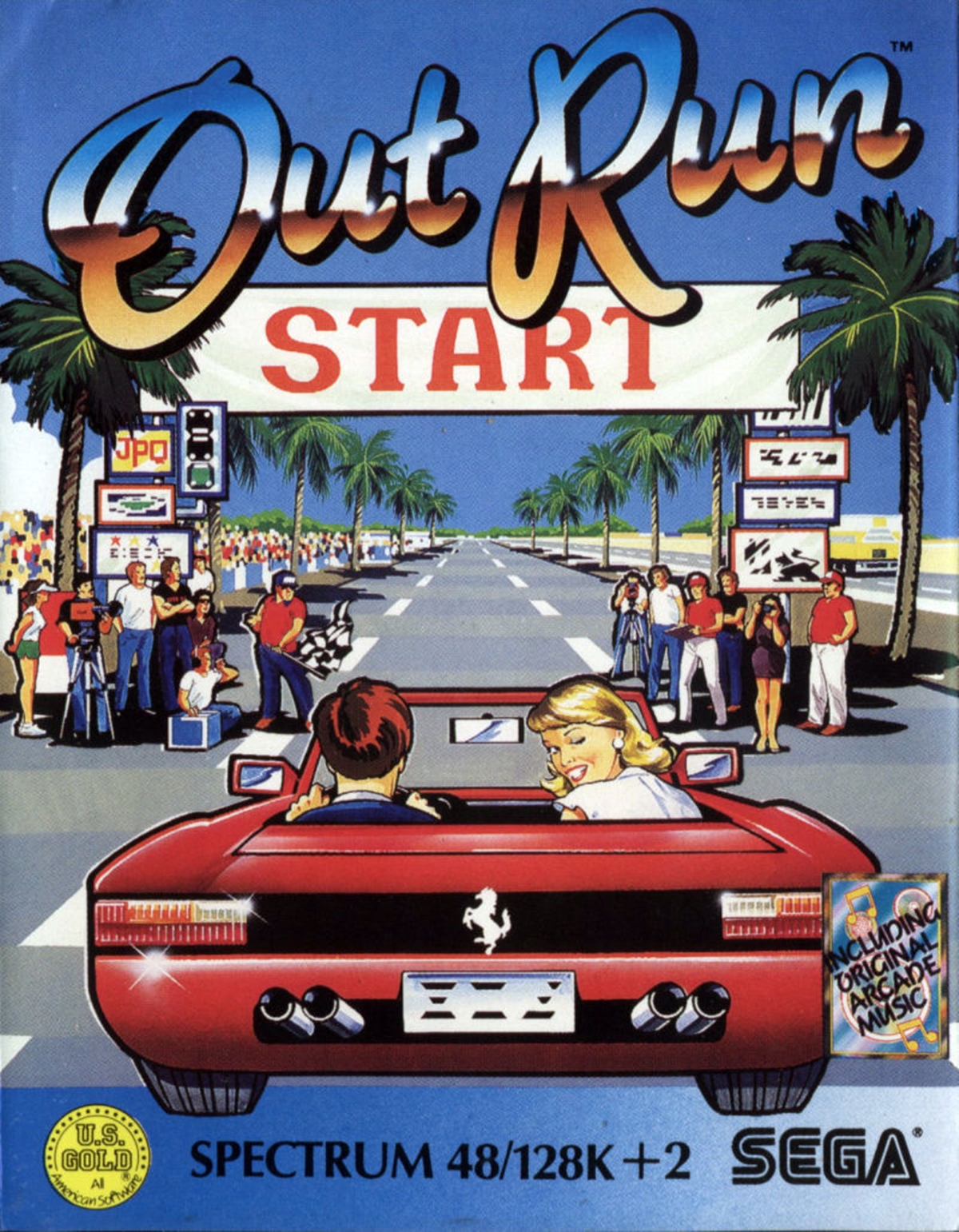 Track and Field, or its predecessor ‘Hyper Sports’, made us feel like we were actually competing at the Olympics! 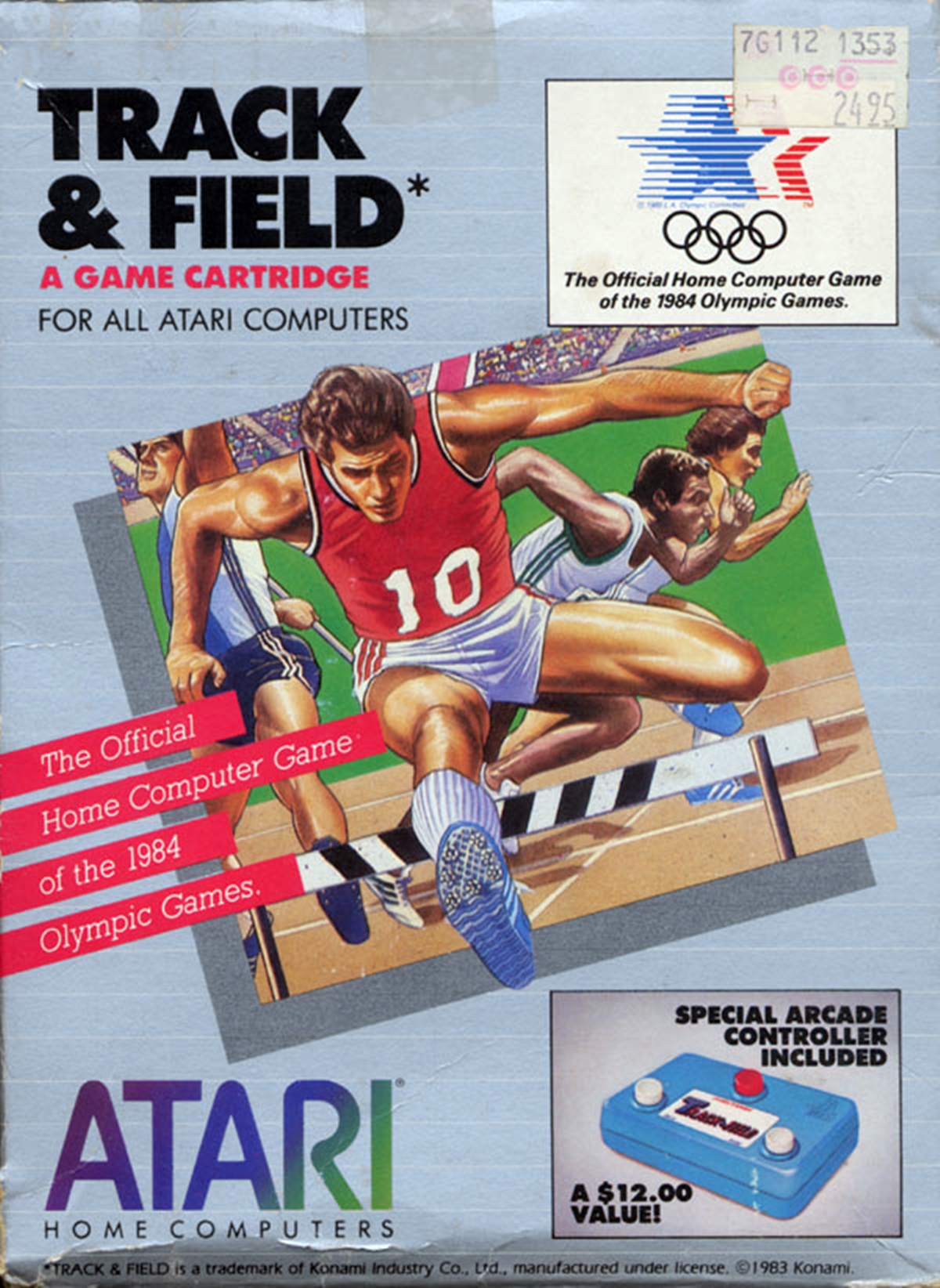 A text adventure that many of us tried playing, only for most of us to be killed by the trolls or get lost! 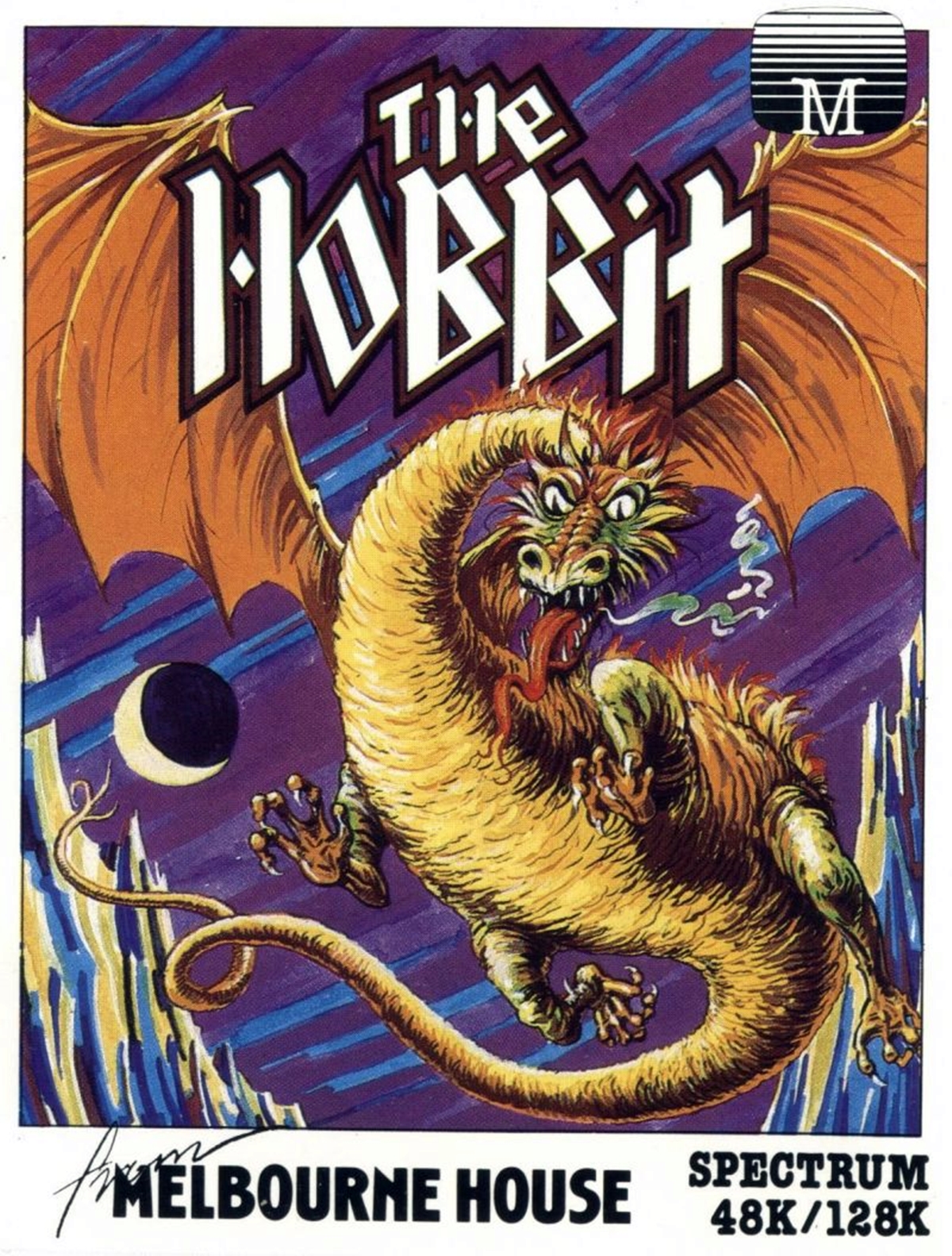 Commando saw us takes control of a soldier named Super Joe, who single handedly had to fend off a massive amount of enemy soldiers. 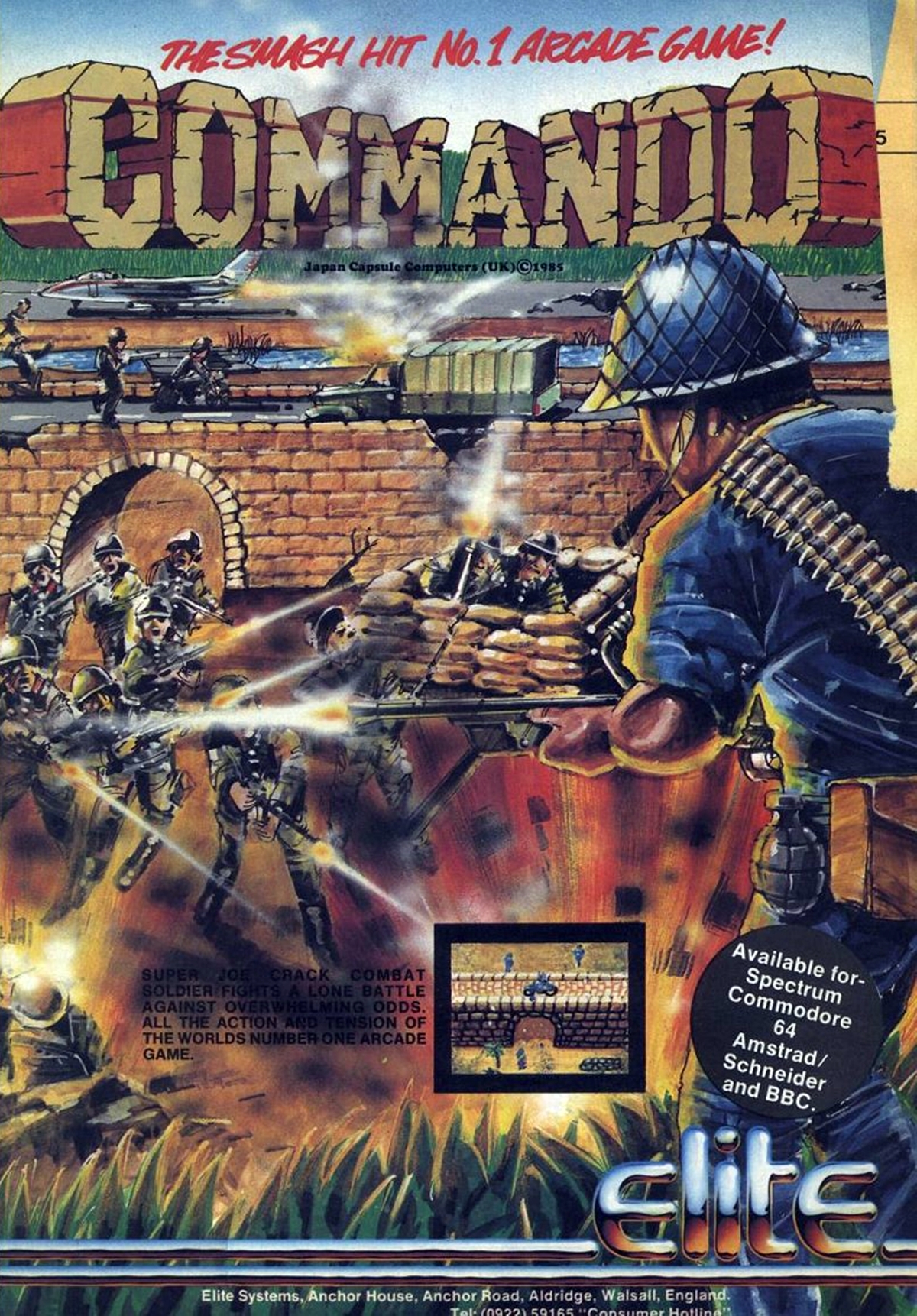 We know from a previous post that this was a popular game with many of you.

It was the first game in the ‘Miner Willy’ series and was among the early titles in the platform genre. 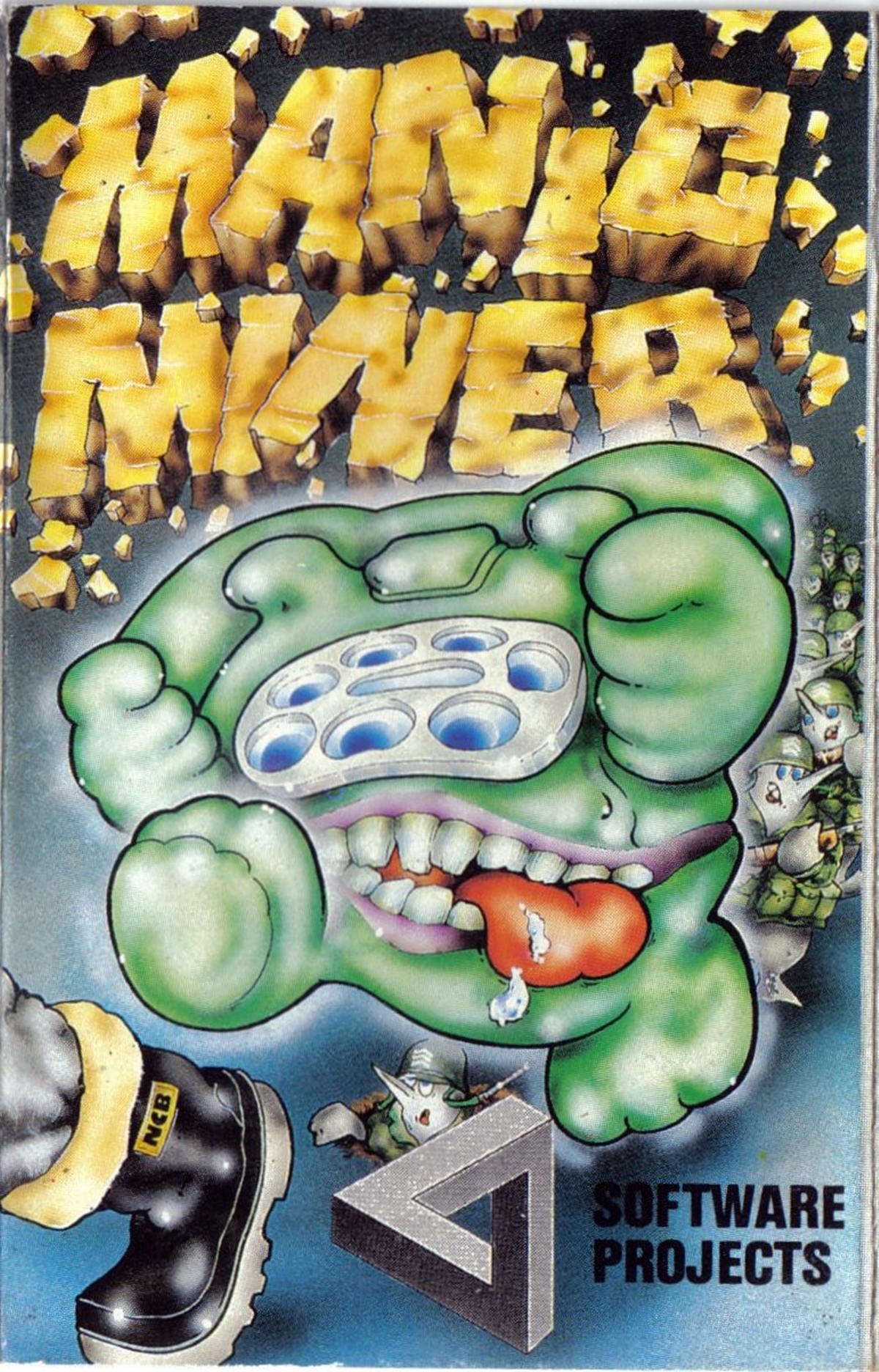 Sabre Wolf saw us navigating ‘Sabreman’ through a 2D jungle maze, collecting amulet pieces to bypass the guardian at the exit. 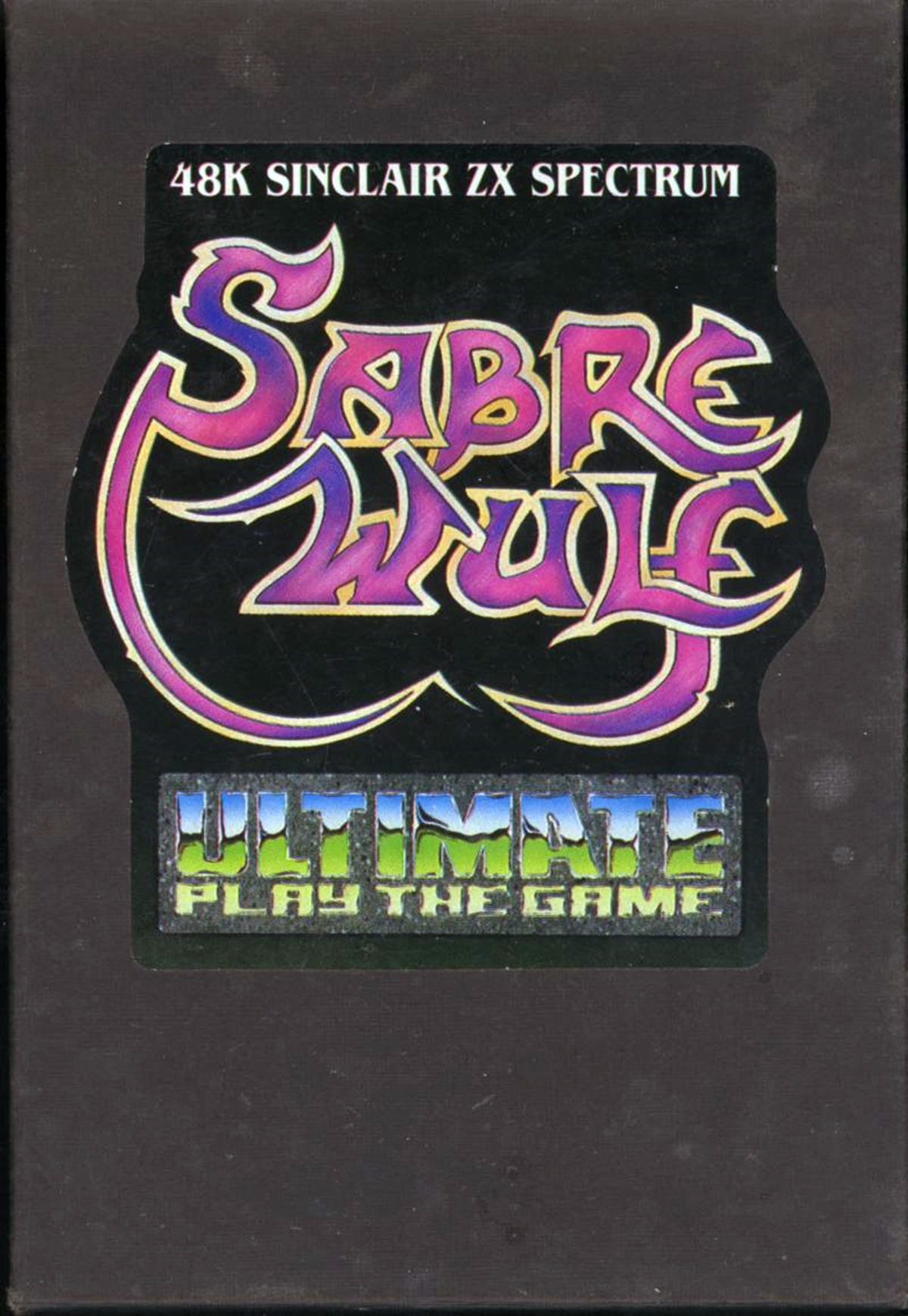 Fantastic Dizzy is our favourite game in the Dizzy series, although we know that many of you will prefer different entries. 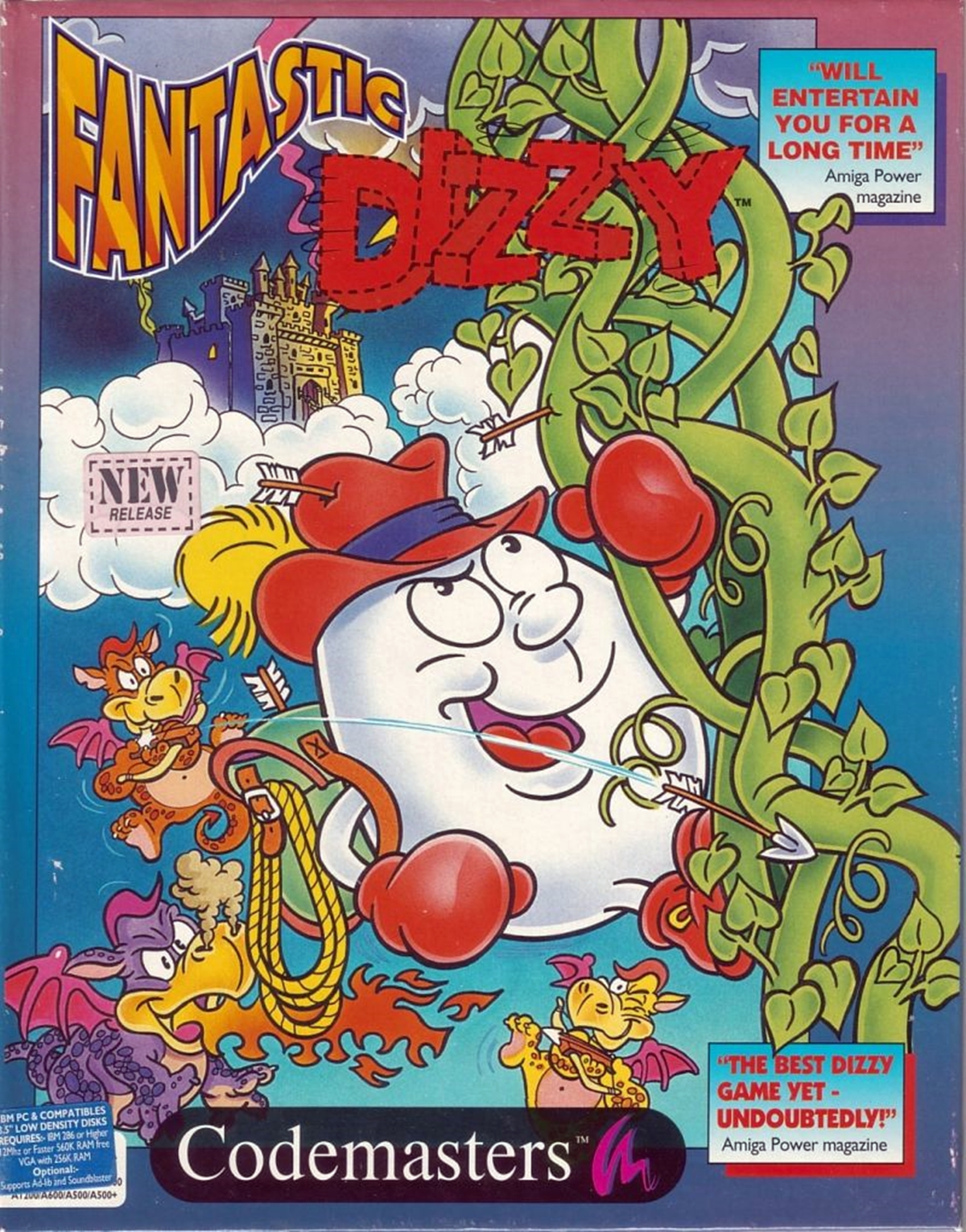 Super Hang-On was a motorcycle racing game released by Sega, and the sequel to the well loved Hang-On. 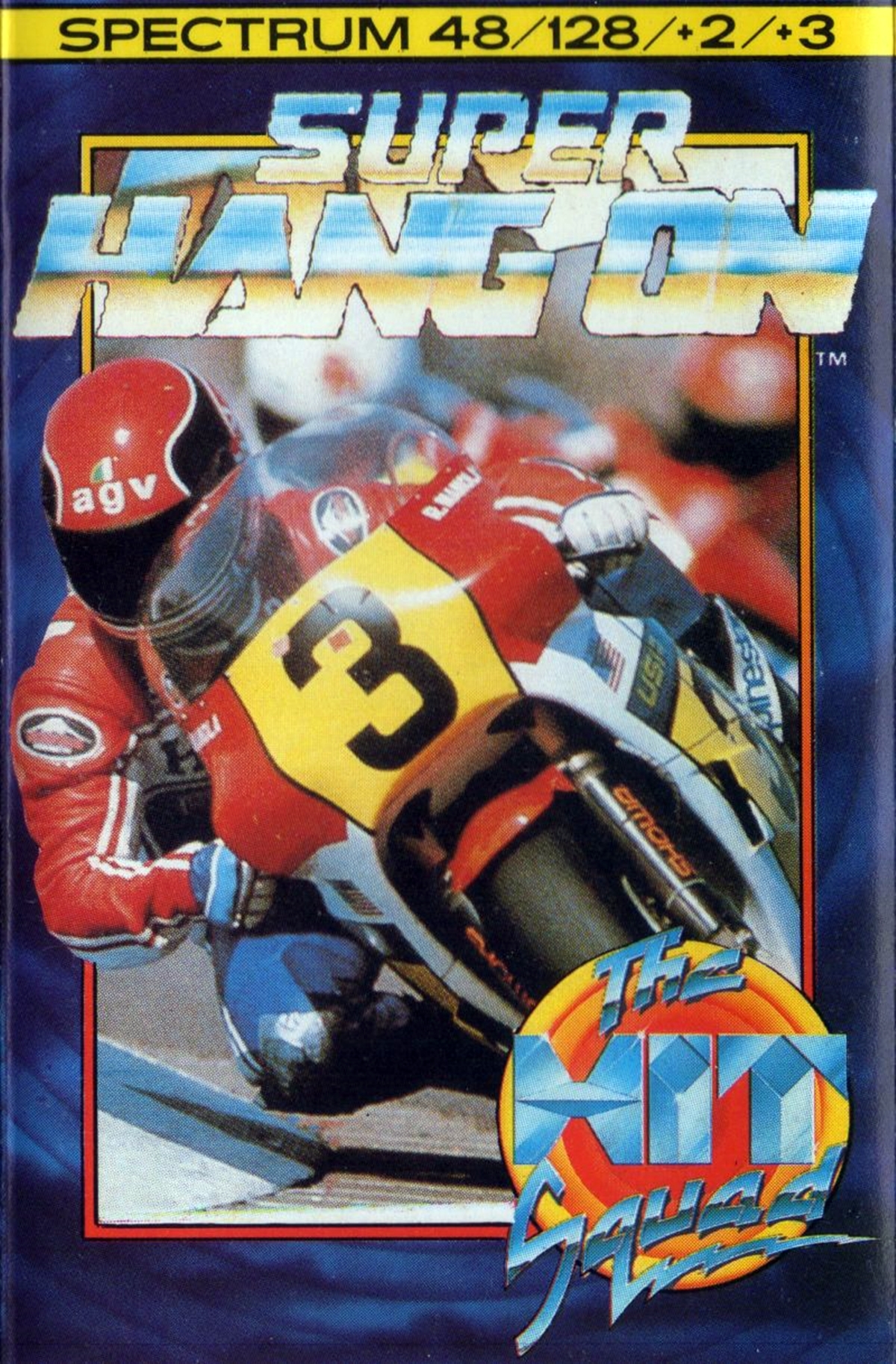 Get a frog across the road, what could be simpler? 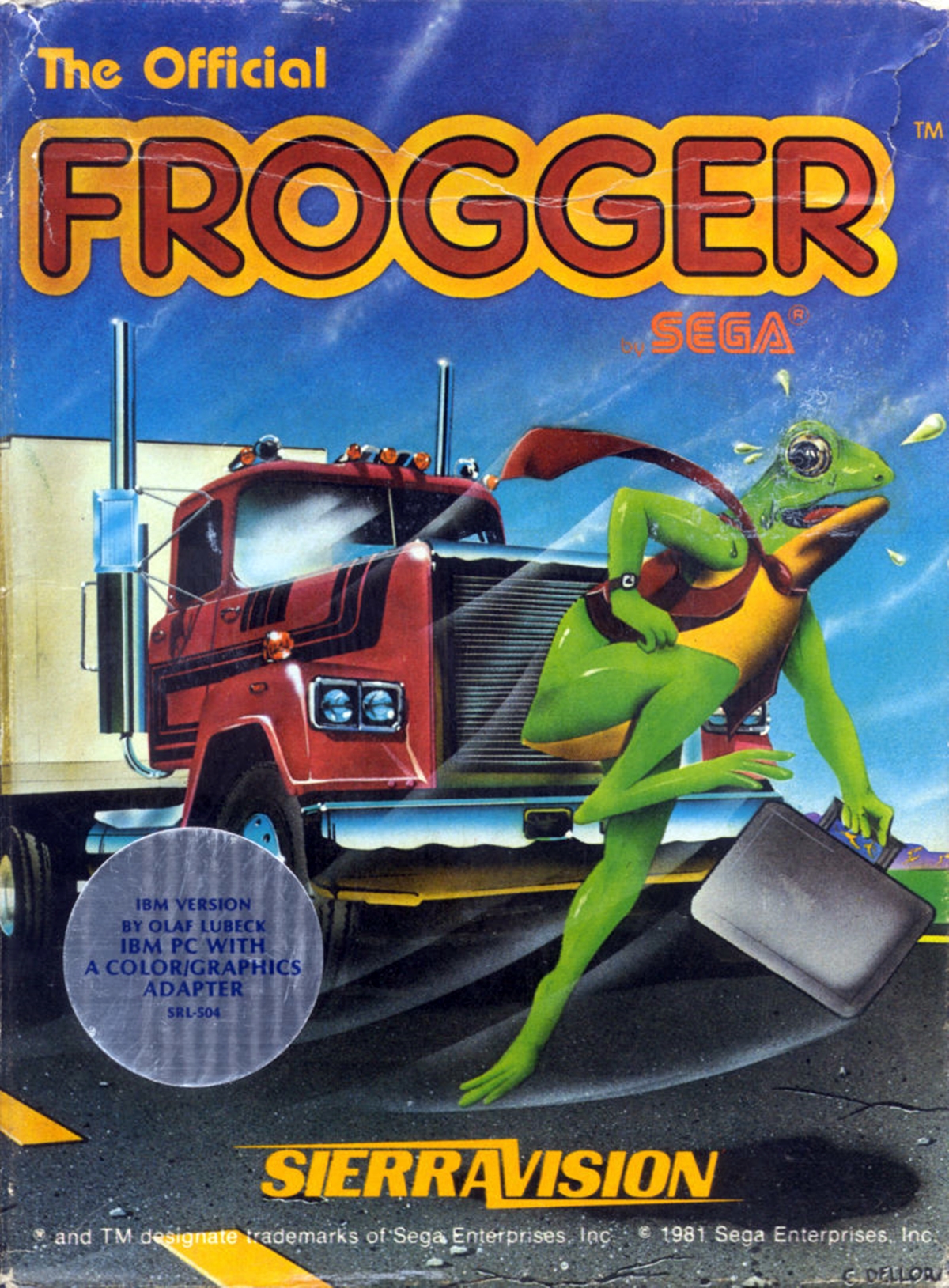 This classic fighting game saw us assuming the role of a sword-wielding barbarian and battling in various different locations. 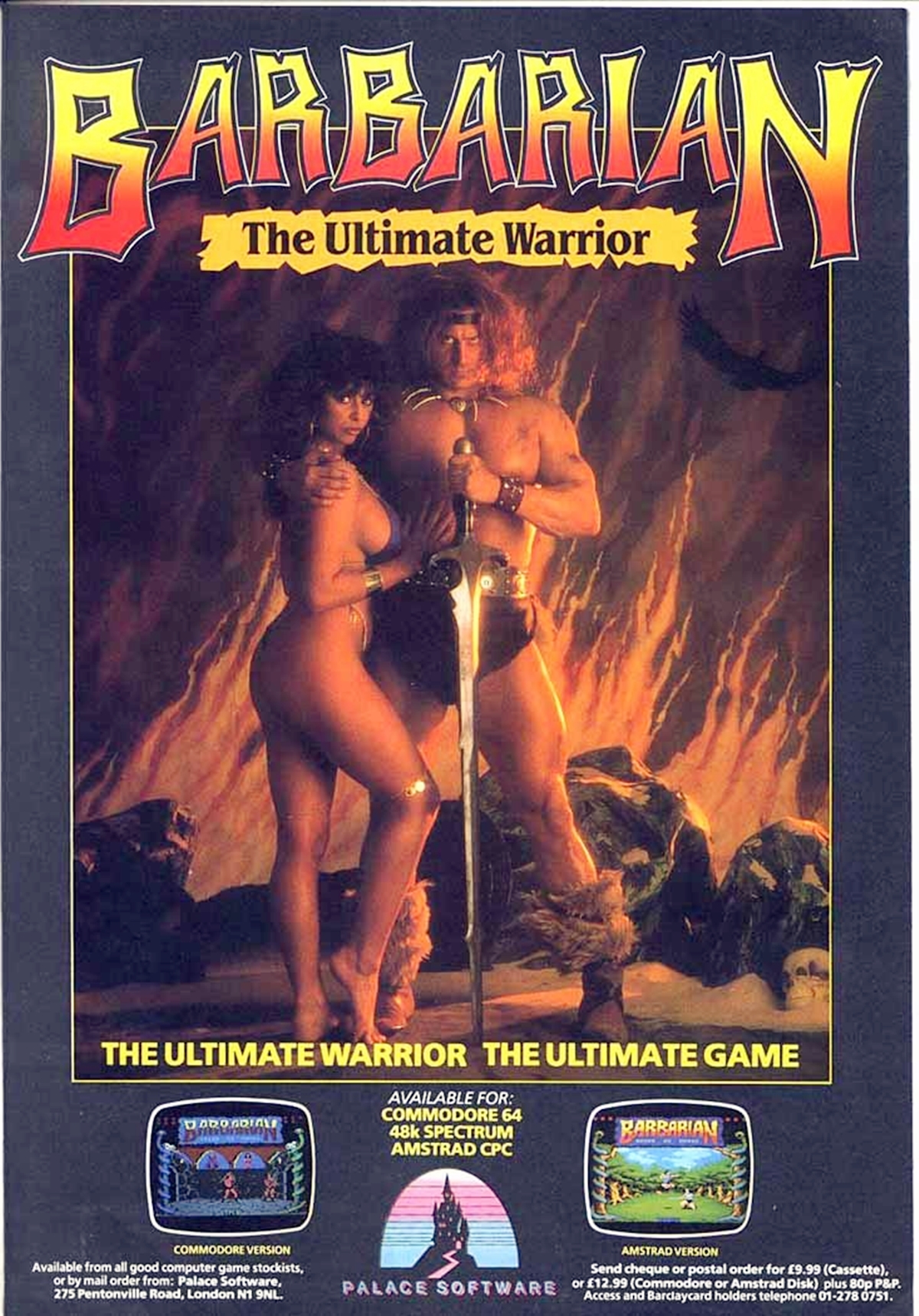 How many of these games do you remember? Which was your favourite? And which other retro games would you add to the list? Be sure to let us know with a comment, and please do share this post with your fellow 80s kids so they too can take a look back at these classic games!