Growing up in the the 1980s we were blessed with a massive amount of quality toys that were usually a great deal better than the cheap plastic nonsense they try to sell kids these days. We decided it was about time we celebrated this by compiling the following 25 fascinating facts about some of our very favourite 80s toys, and we really hope you will enjoy reading them…

1. They Started Out As Characters On Greeting Cards 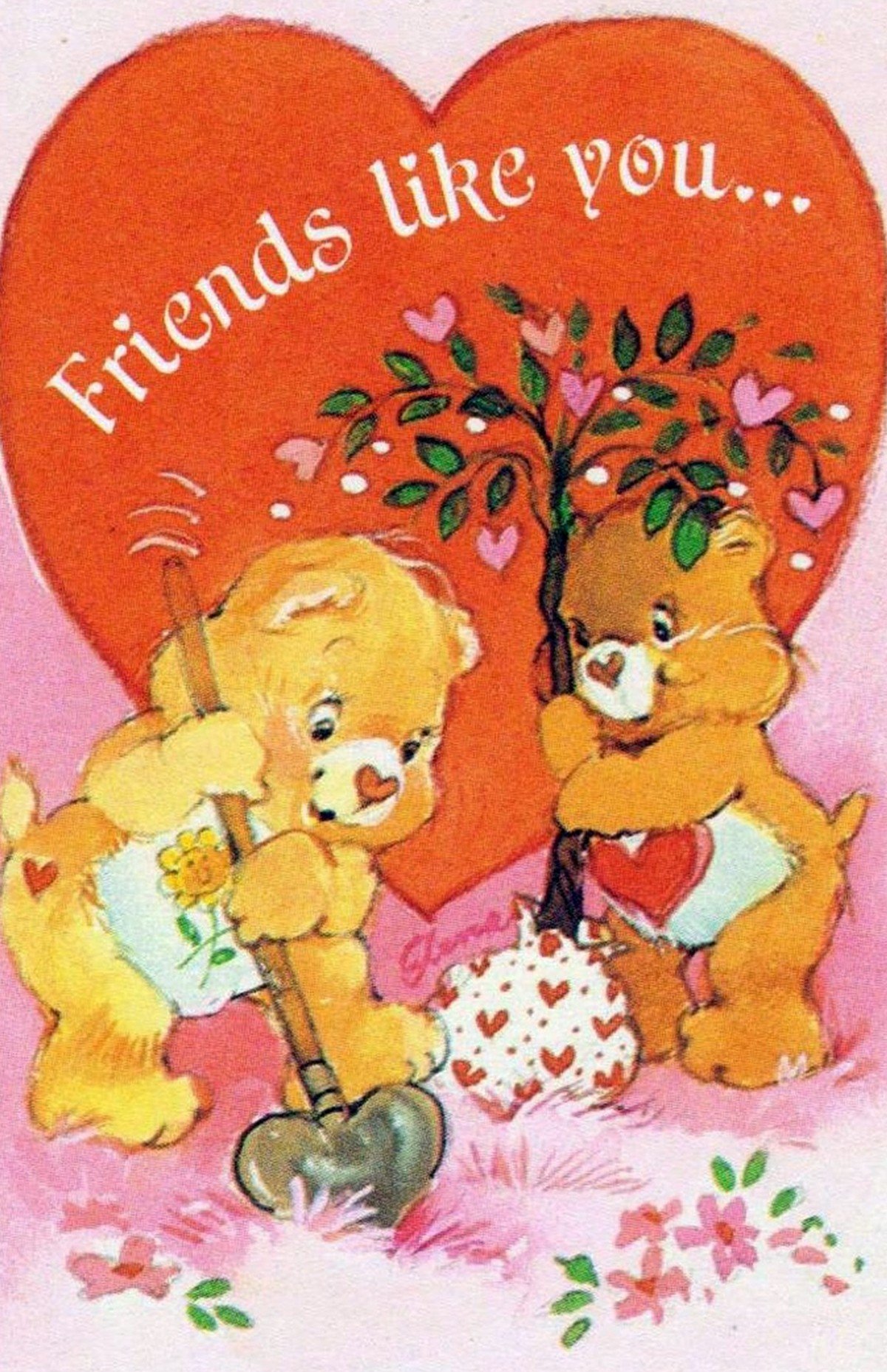 2. ‘The Care Bears Movie’ Was One Of The First Films To Be Based On Toys

The Care Bears existed as toys before they ever made it to the big screen, and The Care Bears Movie was one of the first times that toys came before a film. 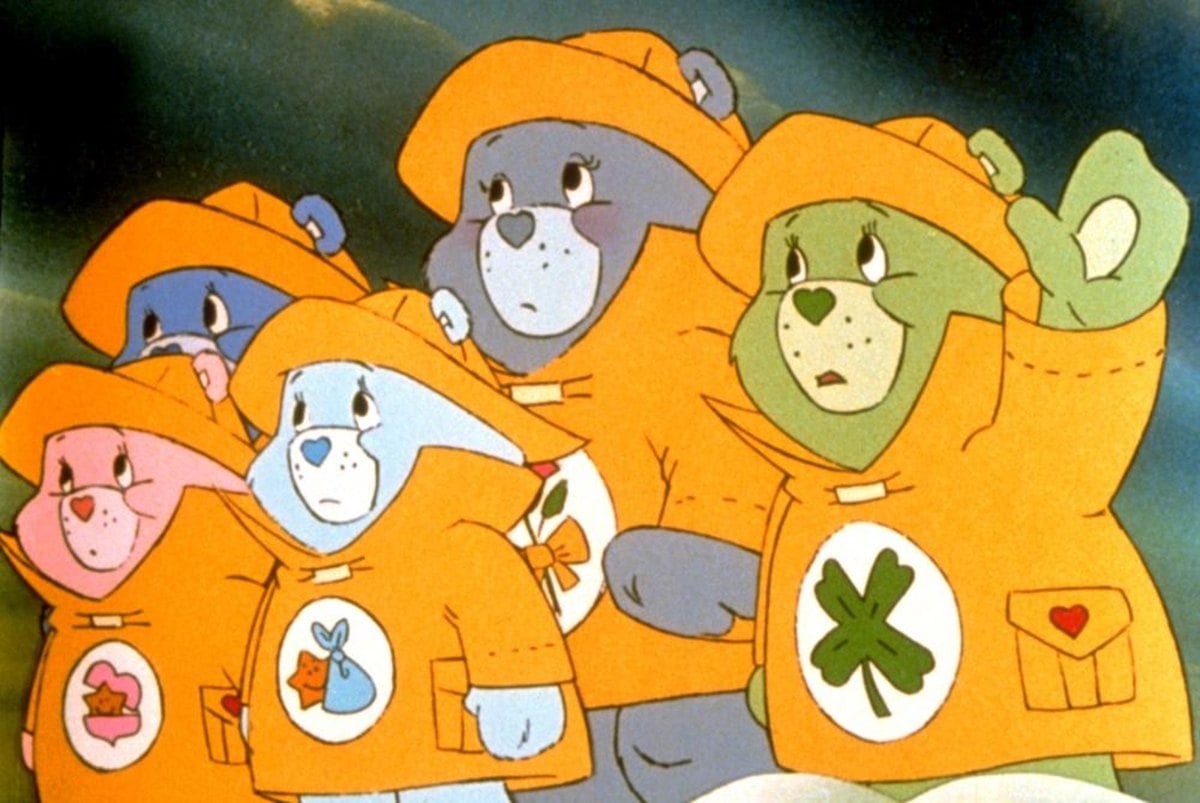 3. Some Of Them Are Now Worth Alot Of Money 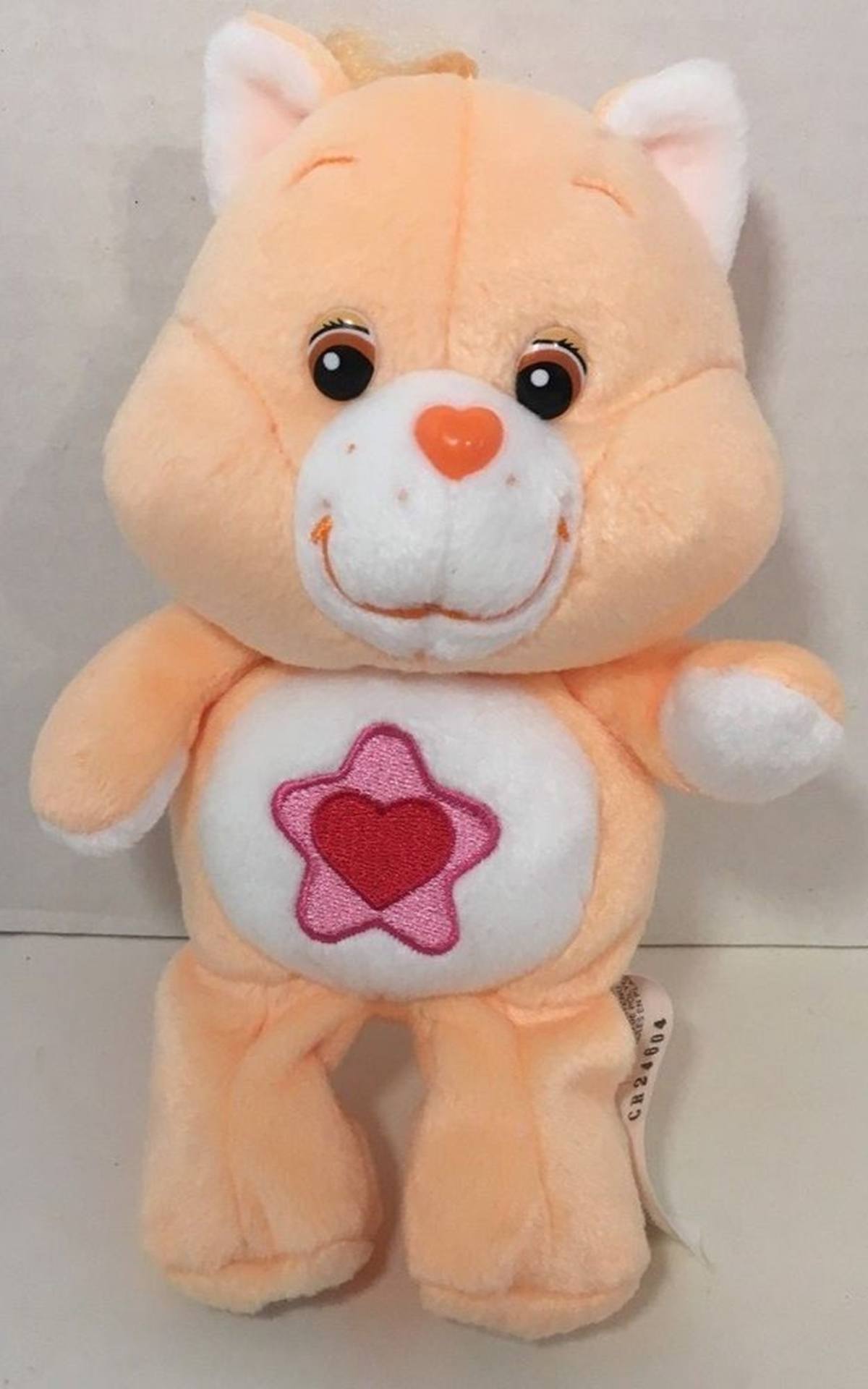 4. He Was Influenced By Conan The Barbarian

Toy makers Mattel originally wanted to create toys based on the Conan the Barbarian film starring Arnold Schwarzenegger. When they discovered the film would have an adult rating they instead came up with He-Man, who’s physique was influenced by the Austrian bodybuilder. 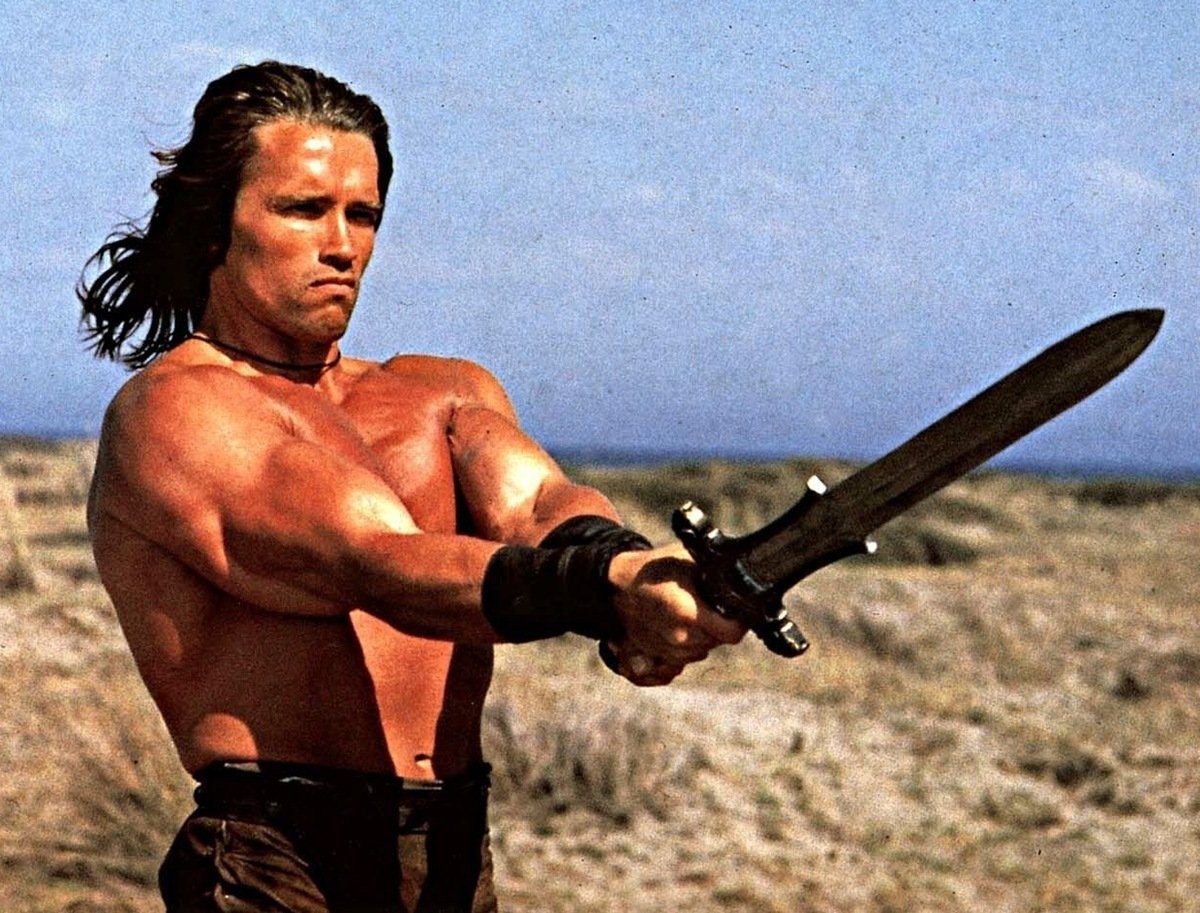 The cartoon wouldn’t have existed without the ‘Masters of the Universe’ toyline, which was originally created by Mattel in 1981, two years before it would come to our TV screens. Additional waves of action figures, creatures, vehicles and playsets were released every year until 1987, totaling 70 distinct figures in all. 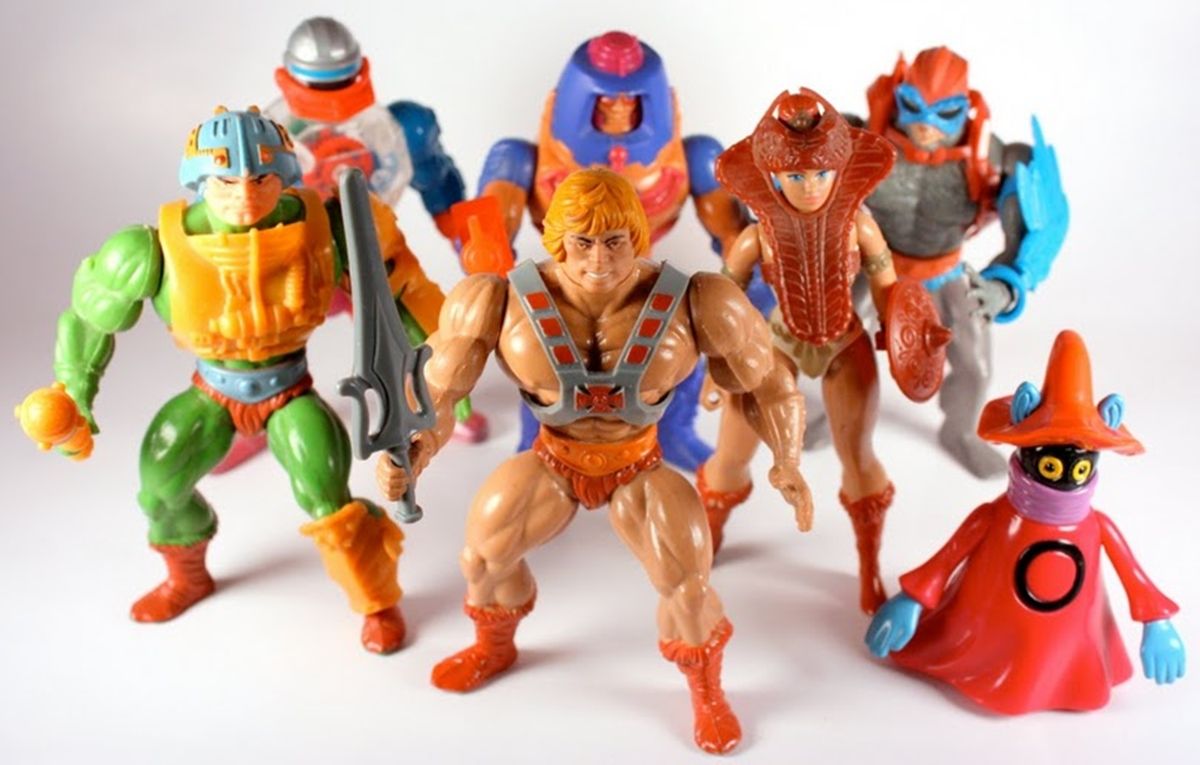 6. Some Of Them Now Sell For Alot Of Money 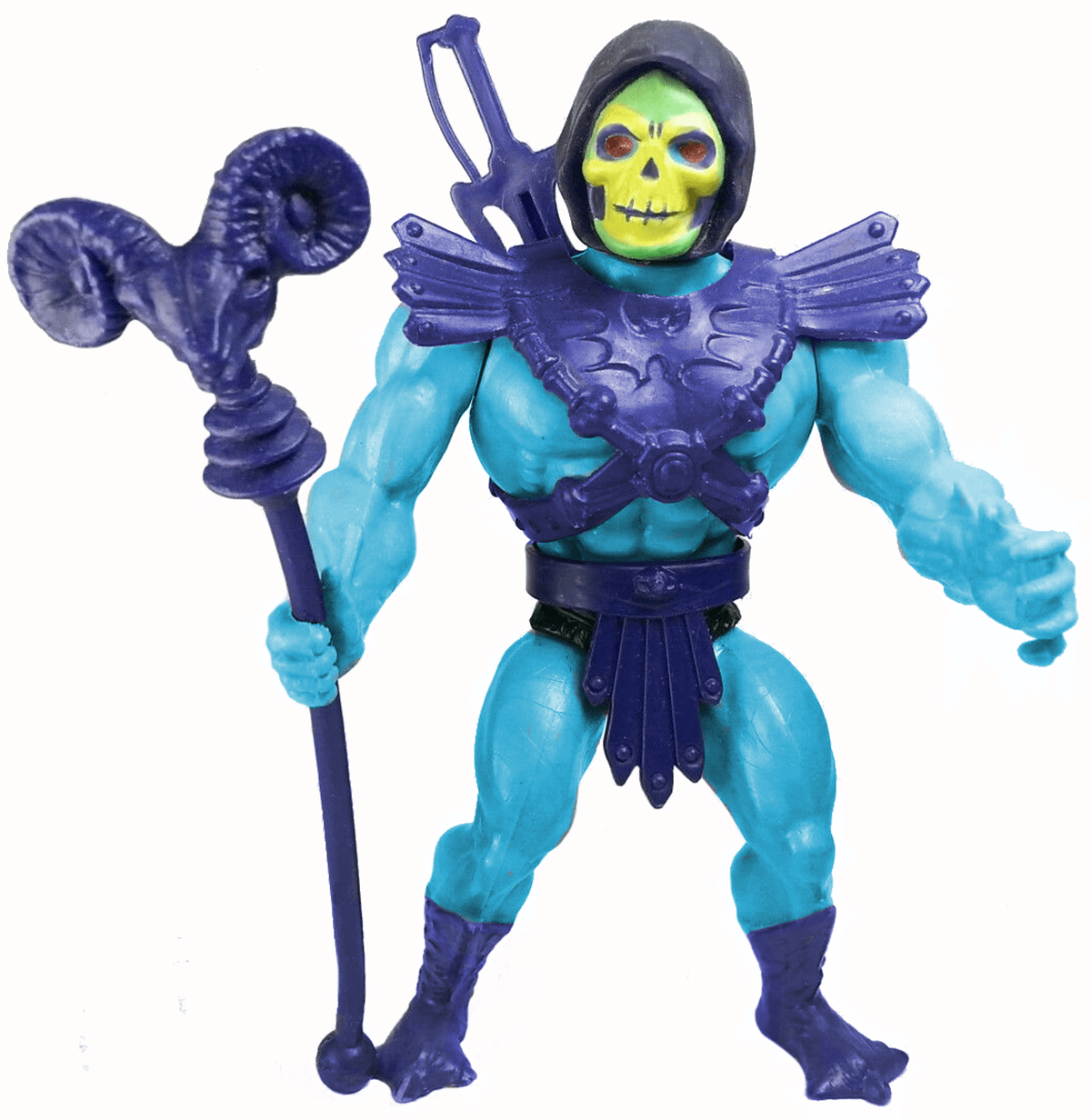 7. She Was Hasbro’s Way Of Trying To Appeal To Girls

After finding success with GI Joe and Transformers, Jem was an attempt by Hasbro to use an animated series to conquer the ‘pink’ aisle at the toy store the same way they had the ‘action figure’ aisle. 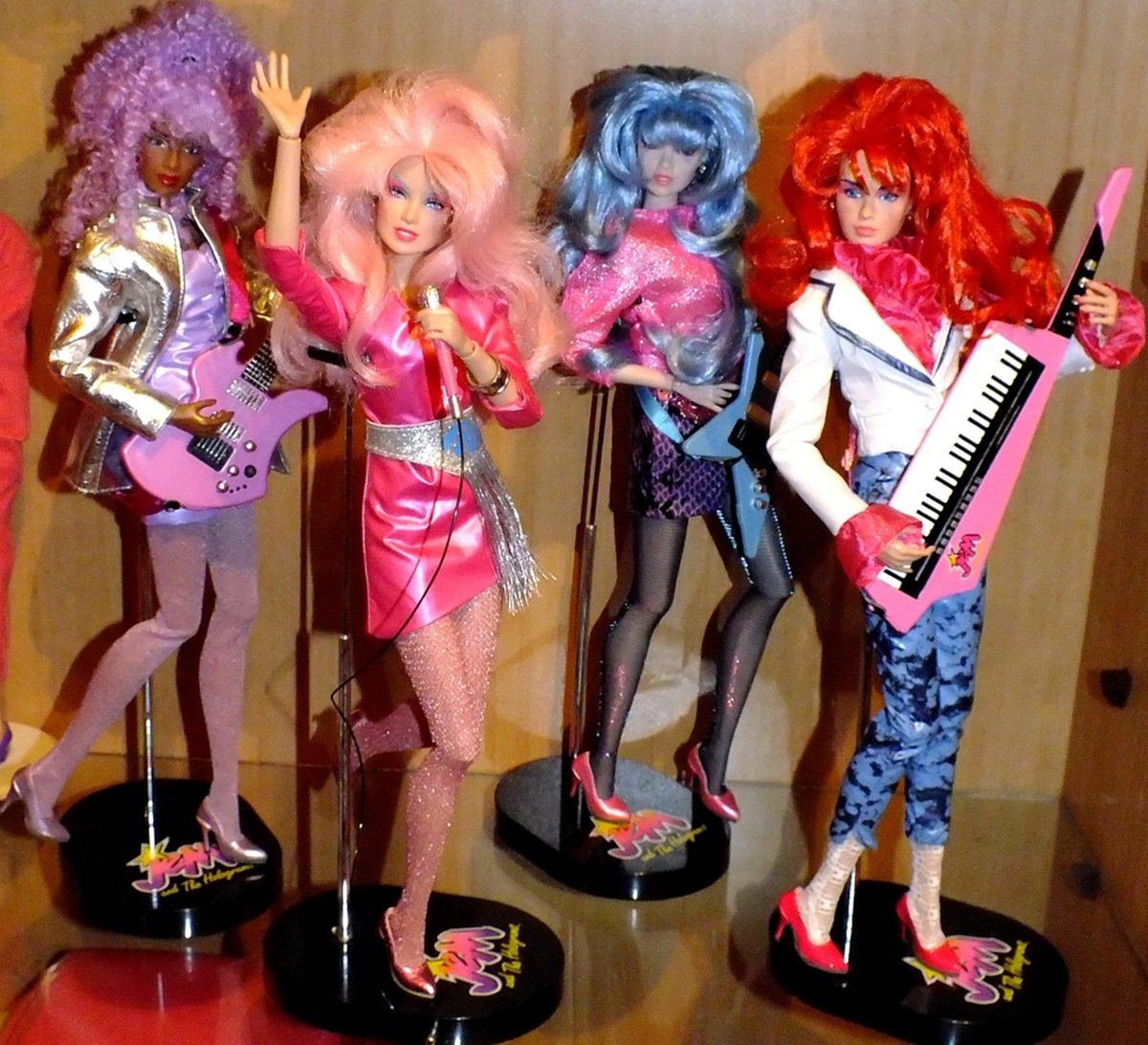 8. Barbie Was Threatened By Her Success

The long-standing popularity of Mattel’s Barbie franchise led to competition between Hasbro’s Jem product line and Barbie and the Rockers, a similar product line by Mattel. It’s long been said that Barbie and the Rockers were created because Mattel was threatened by Jem’s success and felt they needed to deliver a similar toy, right down to the ethnicity of the band members. 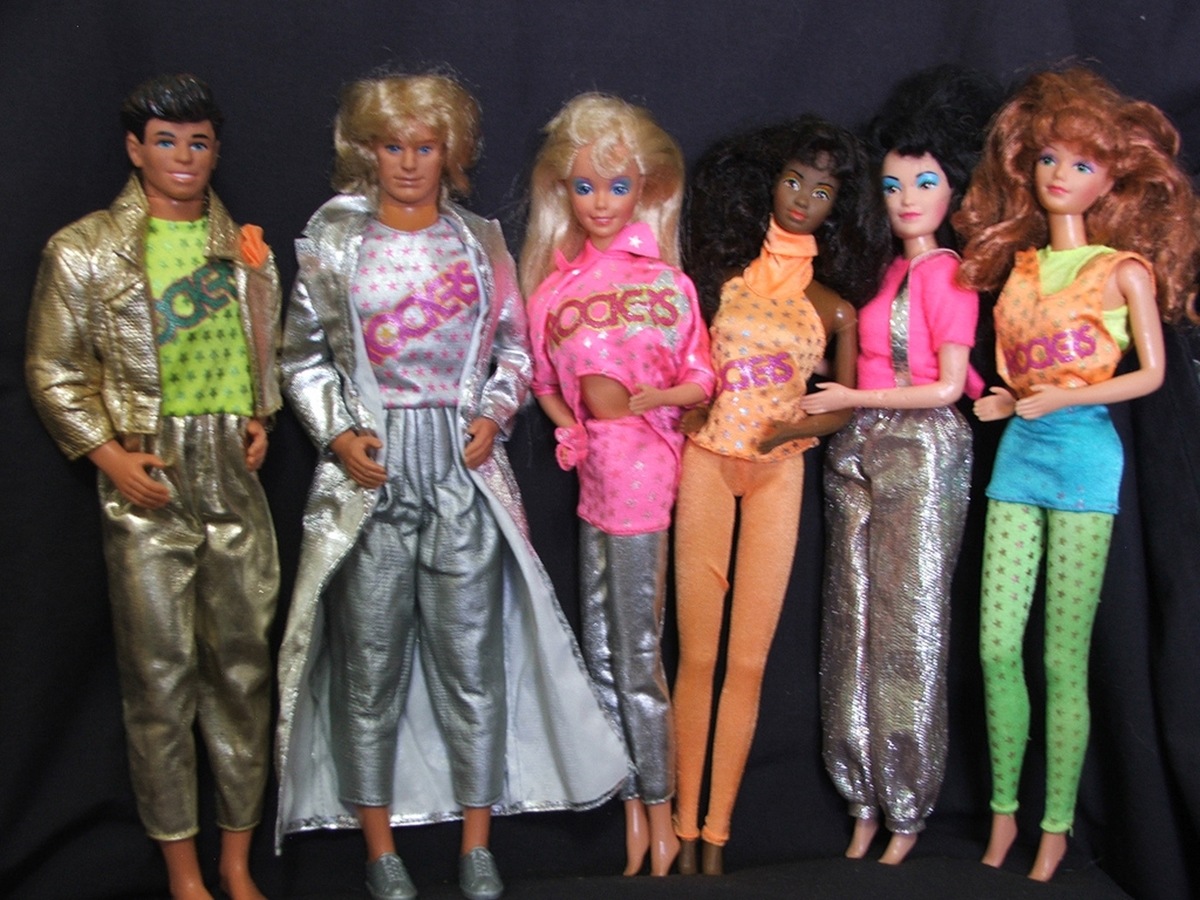 9. She Was Replaced By ‘Maxie’

Hasbro later released a similar doll called ‘Maxie’, who also starred in a cartoon called ‘Maxie’s World’, but this was cancelled after only 32 episodes. 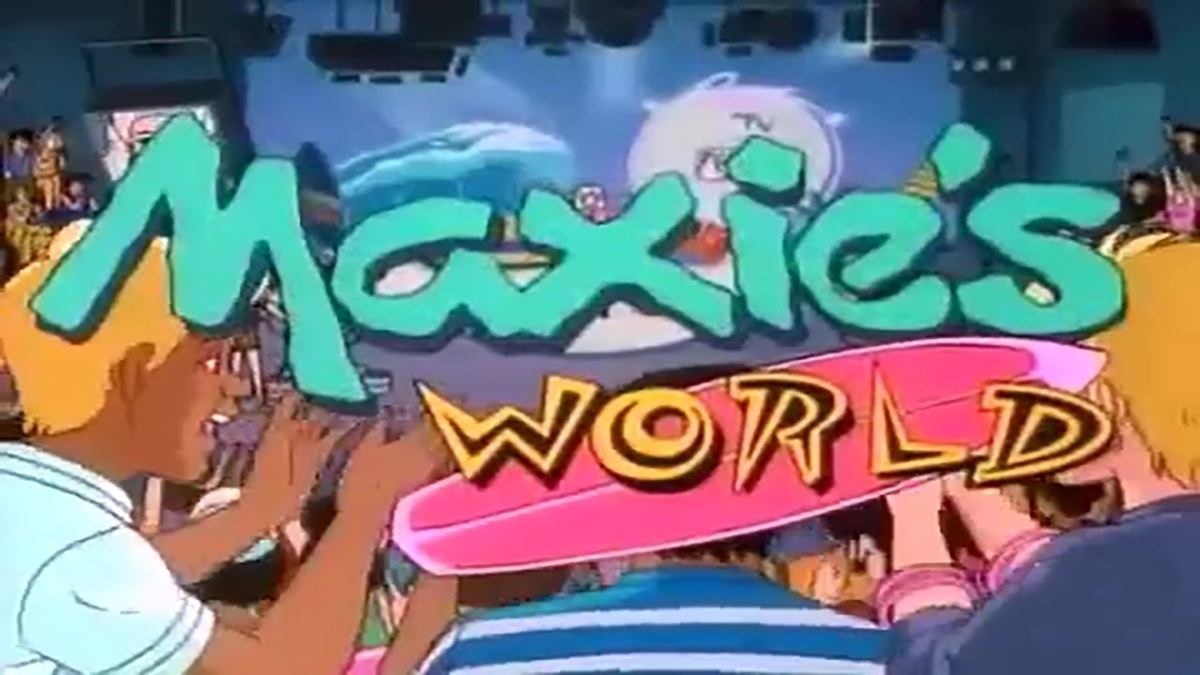 10. They Were Up Against G.I. Joe And Transformers

Due to Kenner being purchased by Hasbro, the following Matt Trakker figure was released as part of their G.I. Joe line of toys. 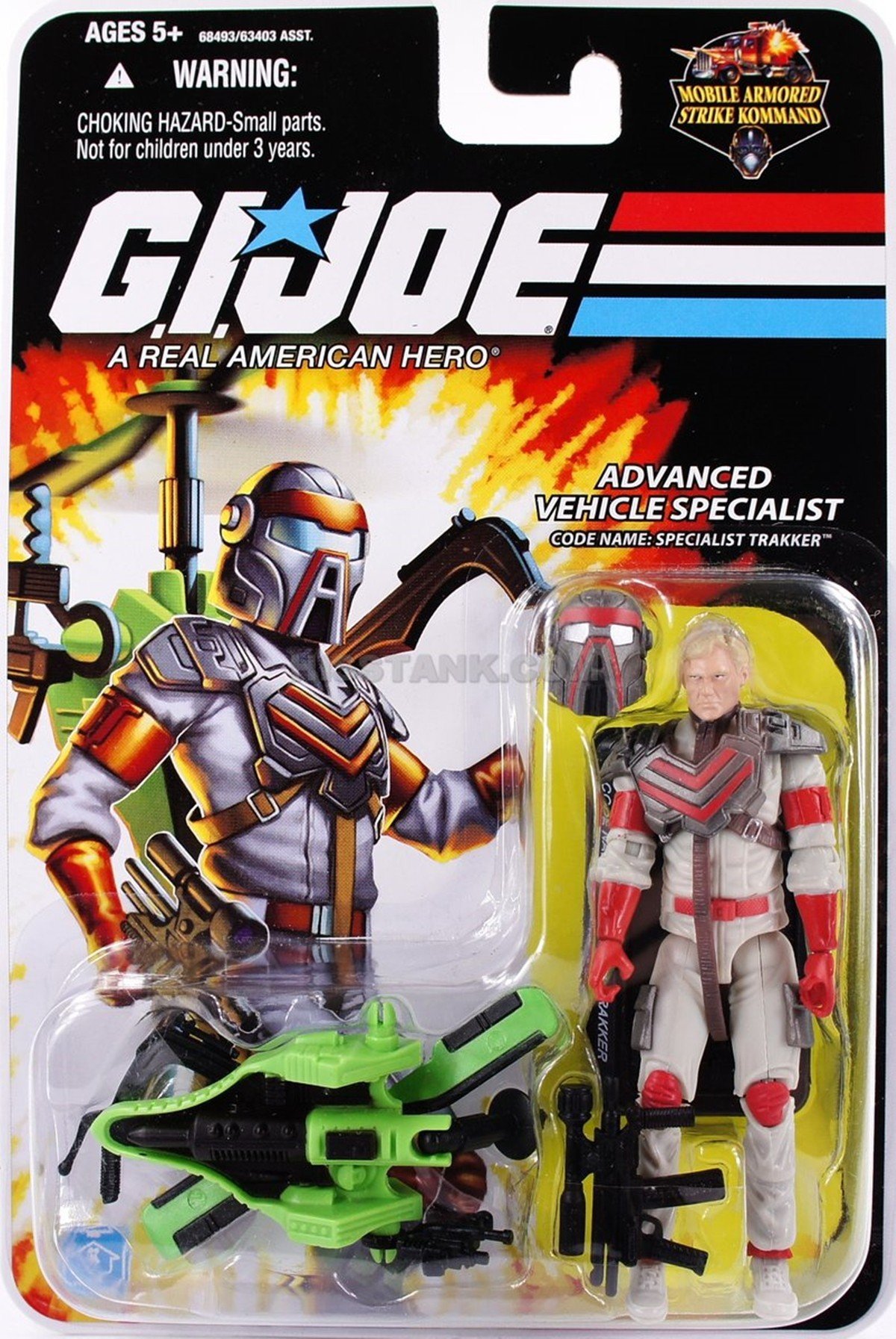 12. There Are Some Strange Knock-Offs

Some strange toy combinations have appeared in other countries, such as the ‘Adventure Pack’ which has a Brad Turner figure painted like Matt Trakker’s Jungle Adventure figure but with his Hocus-Pocus mask that came with Condor. 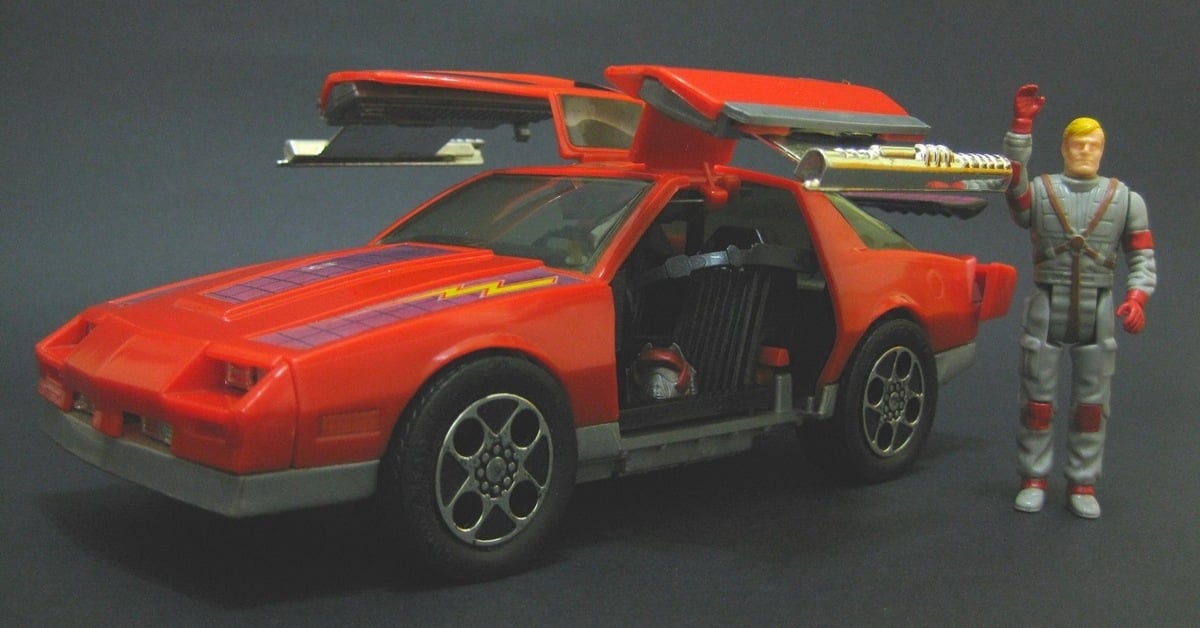 13. They Could Now Be Worth Alot

If you are willing to sell your prized collection then you could make a decent return, particularly with the ‘Split Seconds’ line of vehicles that are much rarer than the original series, with some being sold for hundreds of pounds on Ebay. 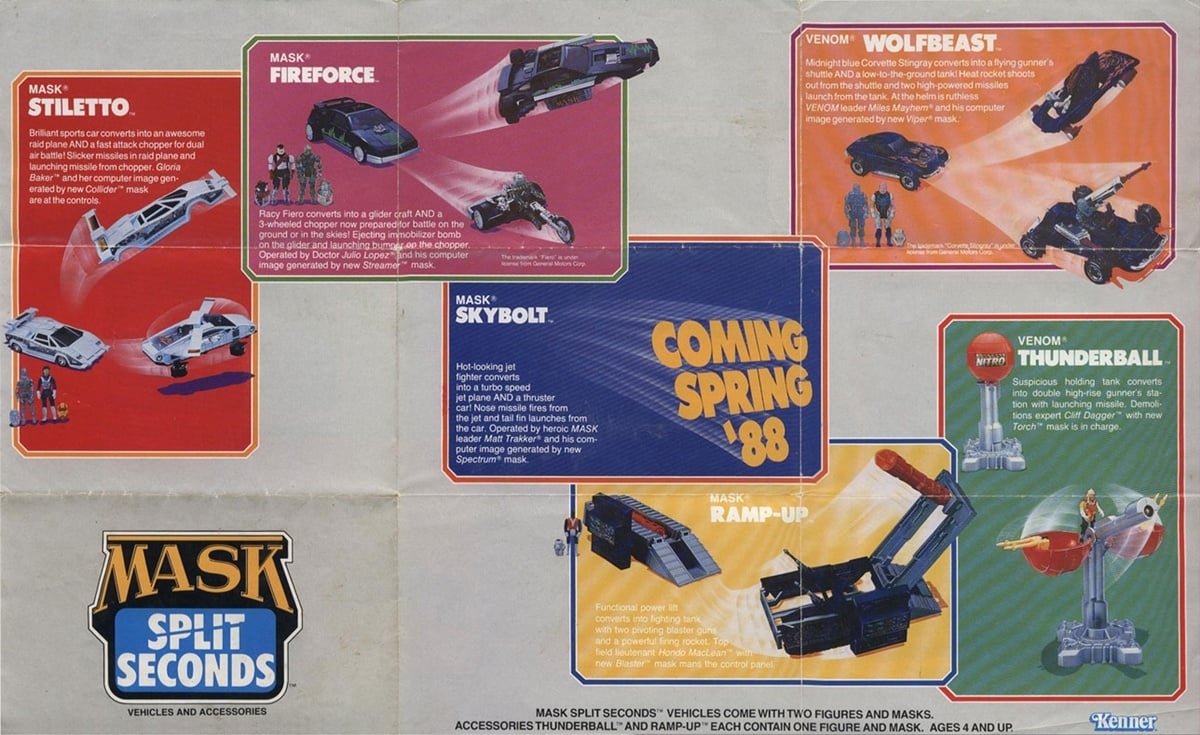 14. They Were Inspired By A Real Life Pony

My Little Pony creator Bonnie Zacherle and her family lived in Japan, where her father cared for all the quarantined animals entering and leaving the country. Bonnie fell in love with a chubby little Korean pony called Knicker, but sadly when they left Japan they couldn’t take Knicker with them. 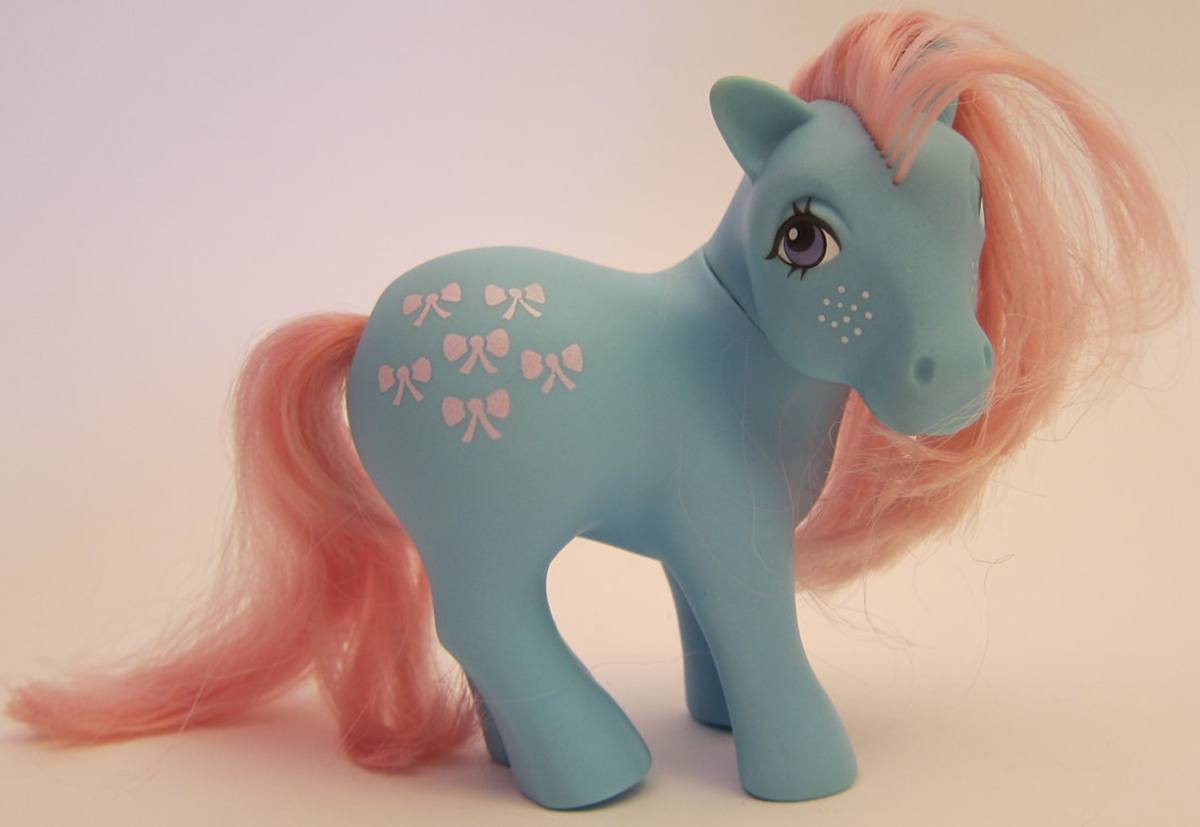 15. They Were Originally Supposed To Be Gender Neutral

The bright ponies we came to know and love were not what Bonnie Zacherle initially had in mind. She envisioned toys that looked like real animals and would be played with by both girls and boys. 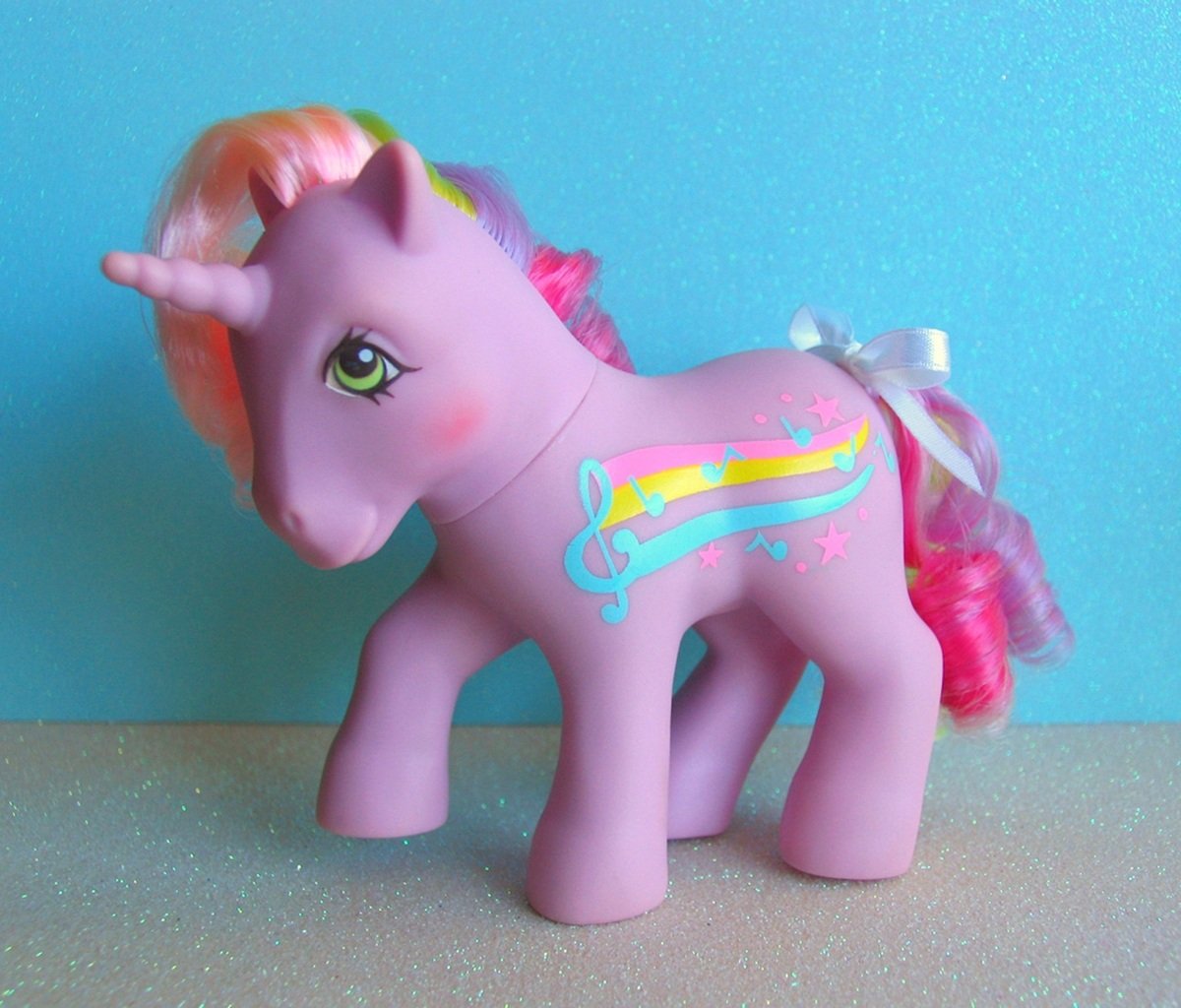 Can you remember the name of the predecessor to My Little Pony? It was called ‘My Pretty Pony’, it was introduced by Hasbro in 1981, and it was a plastic figurine that could wiggle its ears, swish its tail, and wink one eye. 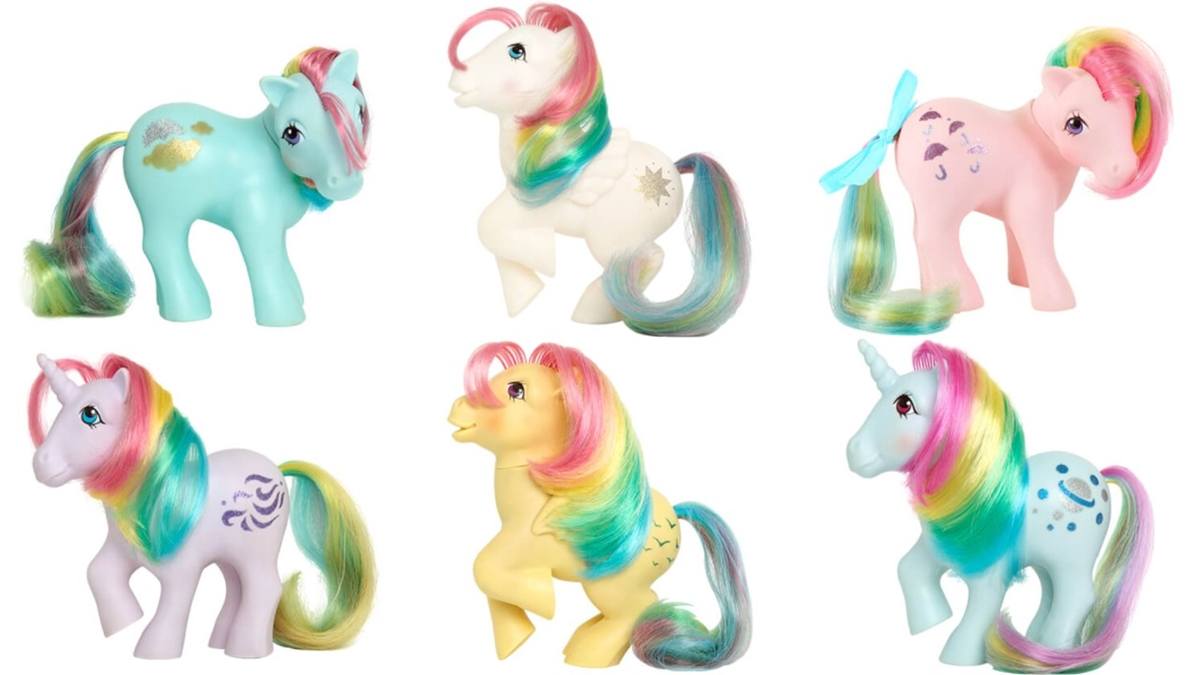 17. The TV Show Featured Some Other Familiar Toys 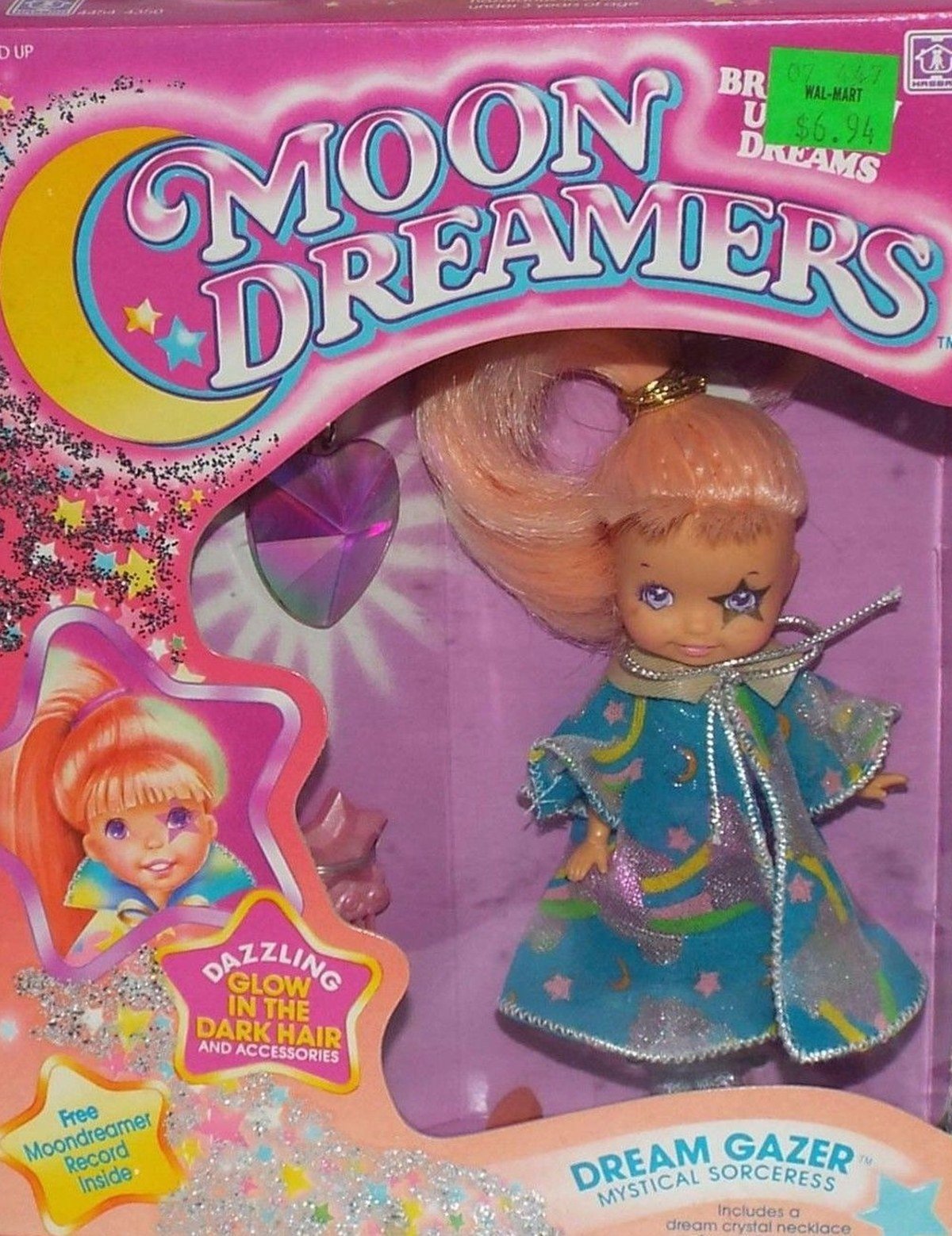 18. Shops Didn’t Know Where To Put Her

She-Ra was officially described as a ‘fashion action doll’ by maker Mattel, leaving toy shops unsure whether to put her near Barbie or among the more male-oriented action figures. In the end some shops put her next to her twin brother He-Man, others put her next to dolls, and some had her in both departments. 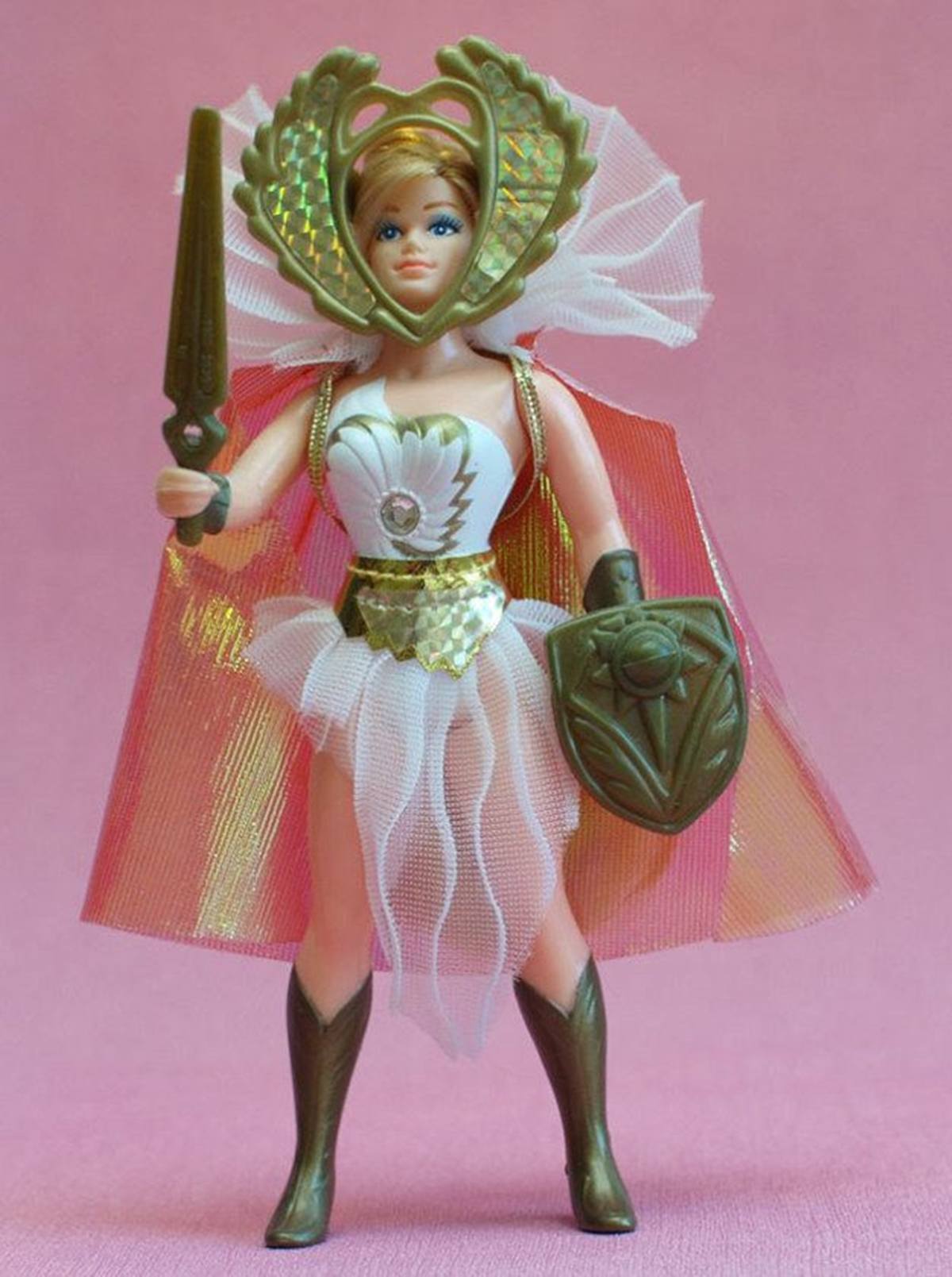 Janice Varney-Hamlin of toy maker Mattel has said, “Barbie sales had flattened out at the time, so introducing a competitive fashion doll line that we owned expanded the size of the entire category, allowing the Barbie business to grow.” It worked, as in 1986, after surviving an onslaught from rival Jem and the Holograms, Barbie made $350 million in sales. 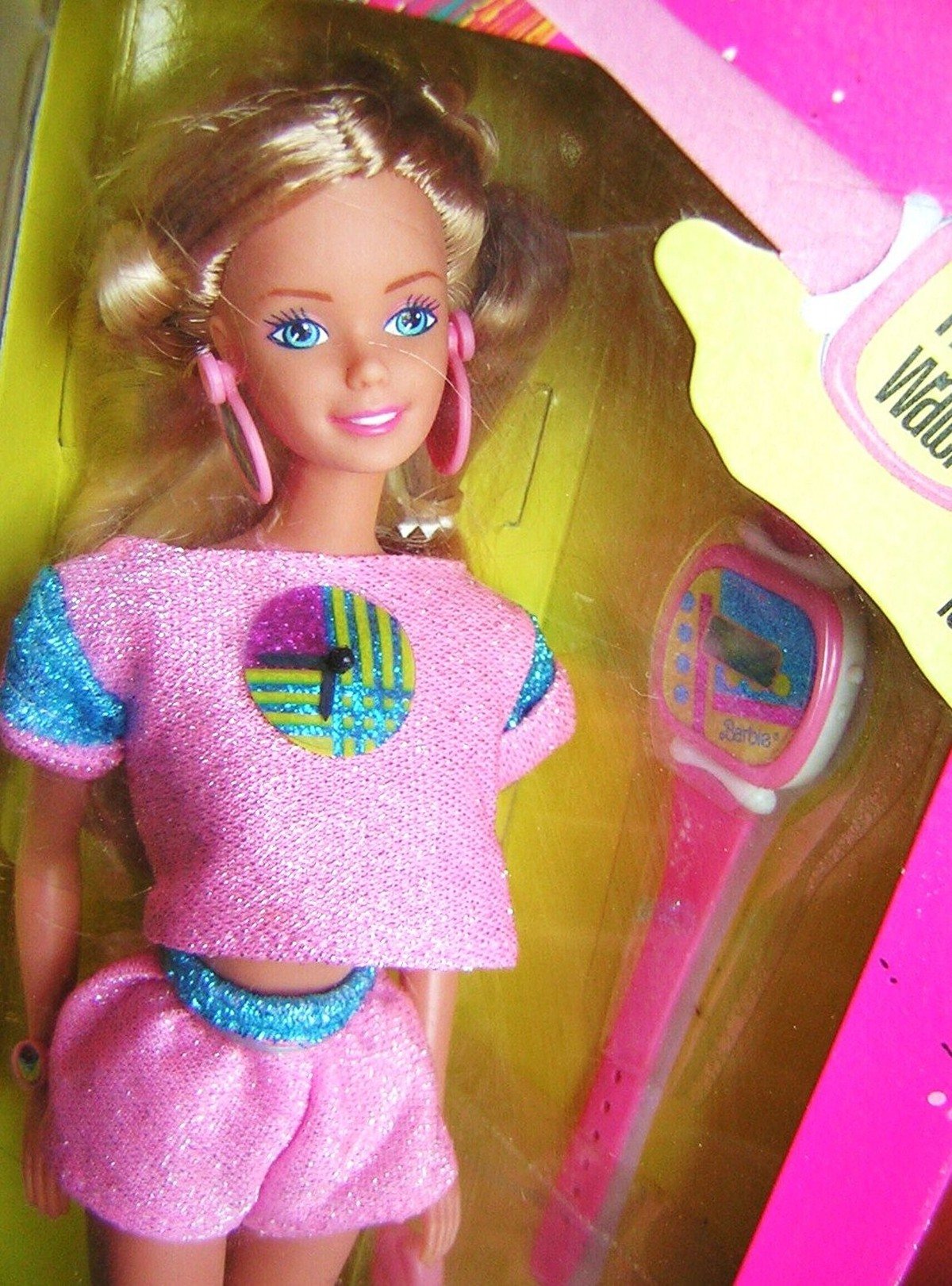 About $60 million worth of She-Ra merchandise was sold in 1985. This was nothing compared to the $400 million in He-Man sales, but when sales for both decreased, employees in charge of Mattel’s ‘boy lines’ insisted that She-Ra was responsible for their struggling sales. 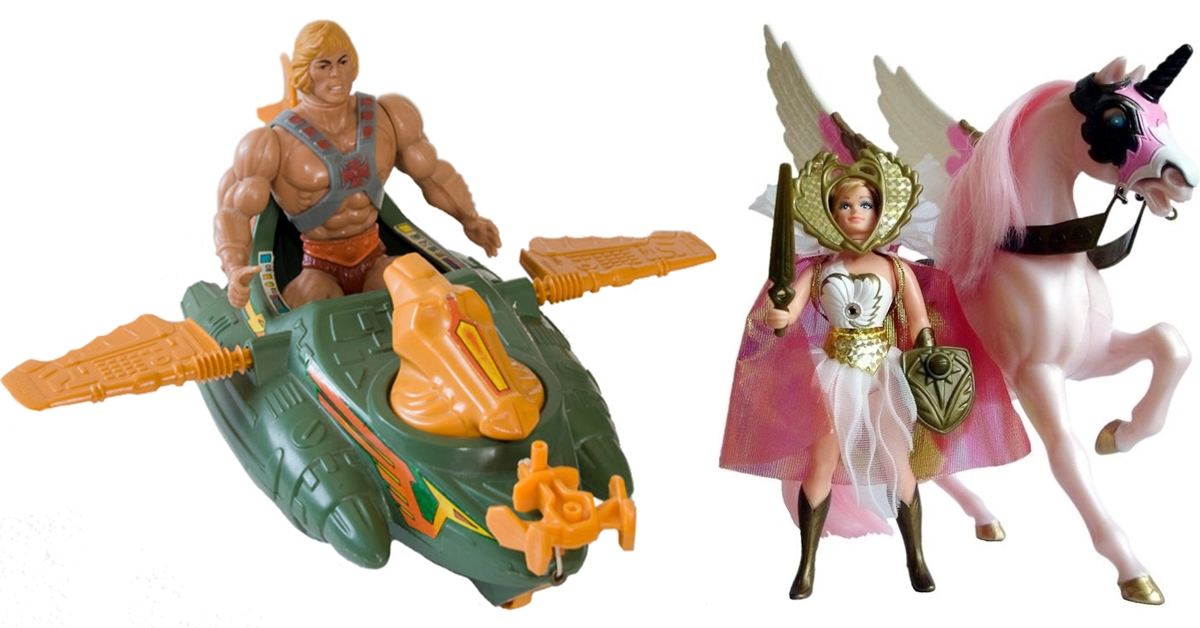 21. Her Headdress Is An Upside-Down Mask

Believe it or not, She-Ra’s headdress actually doubles as a mask. Yes, the original toy featured a headdress that could be turned upside-down and worn as a mask, but girls in focus groups didn’t like this feature, so Mattel strayed from the idea, buyers were rarely aware of it, and it didn’t feature in the cartoon series. 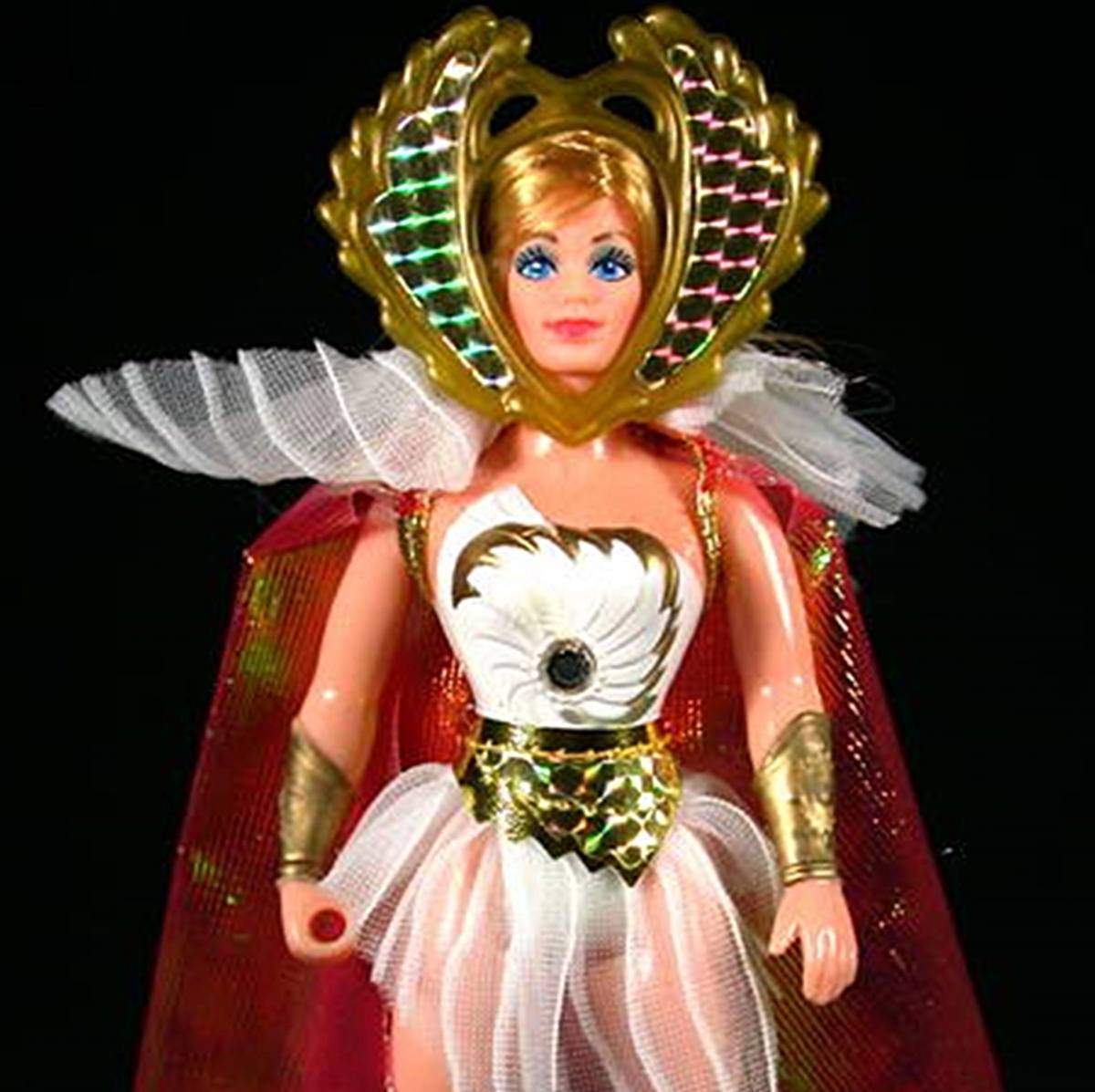 22. They May Not Have Existed Without He-Man

Toy makers Hasbro were keen to rival the massive success of Mattel’s ‘Masters of the Universe’ toyline, so were desperate to create toys that would engage kids in the same way that He-man and his friends we doing. 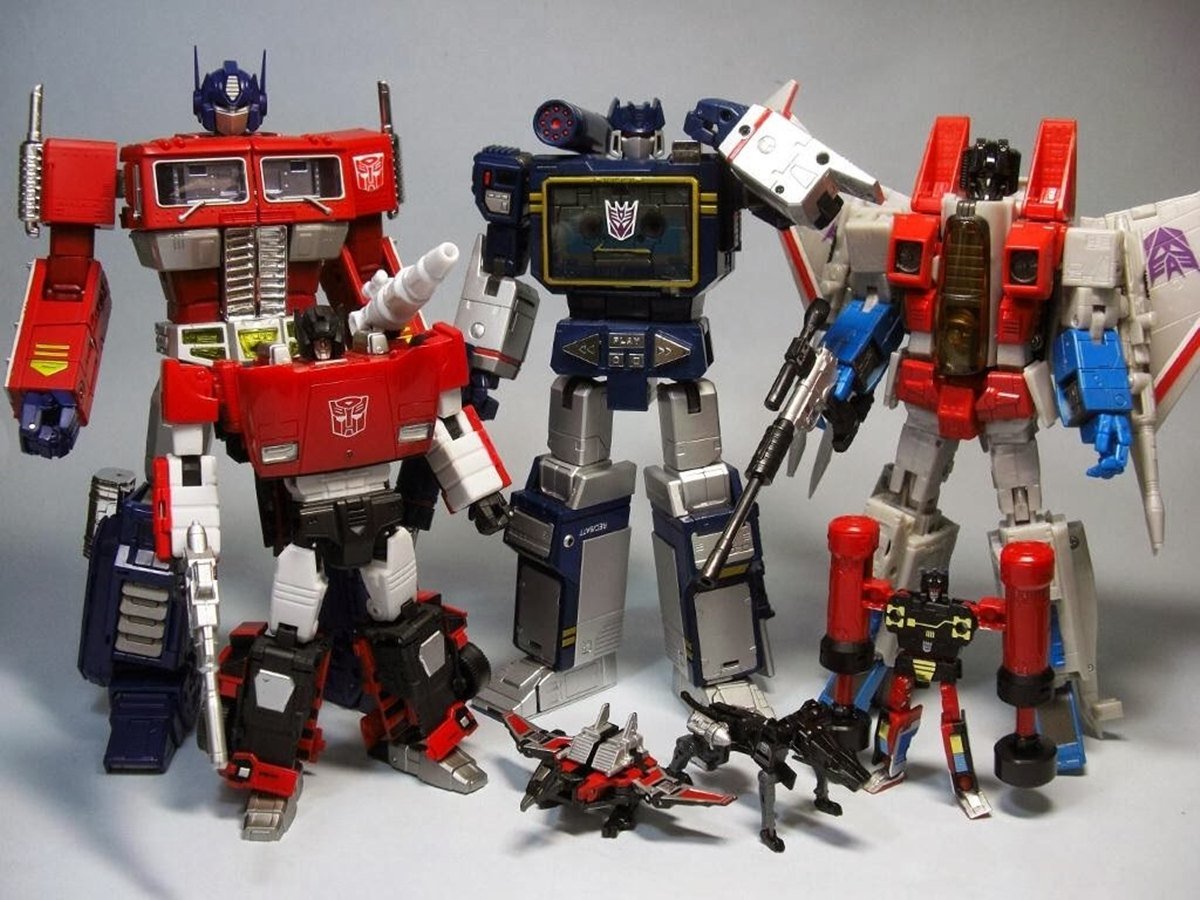 Hasbro looked to Japanese toy maker Takara, whose transforming ‘Diaclone’ and ‘Microman’ robot toys would inspire them to create similar characters and storylines, but aimed at American children. They released the original Transformers toy line in 1984 alongside the legendary cartoon. 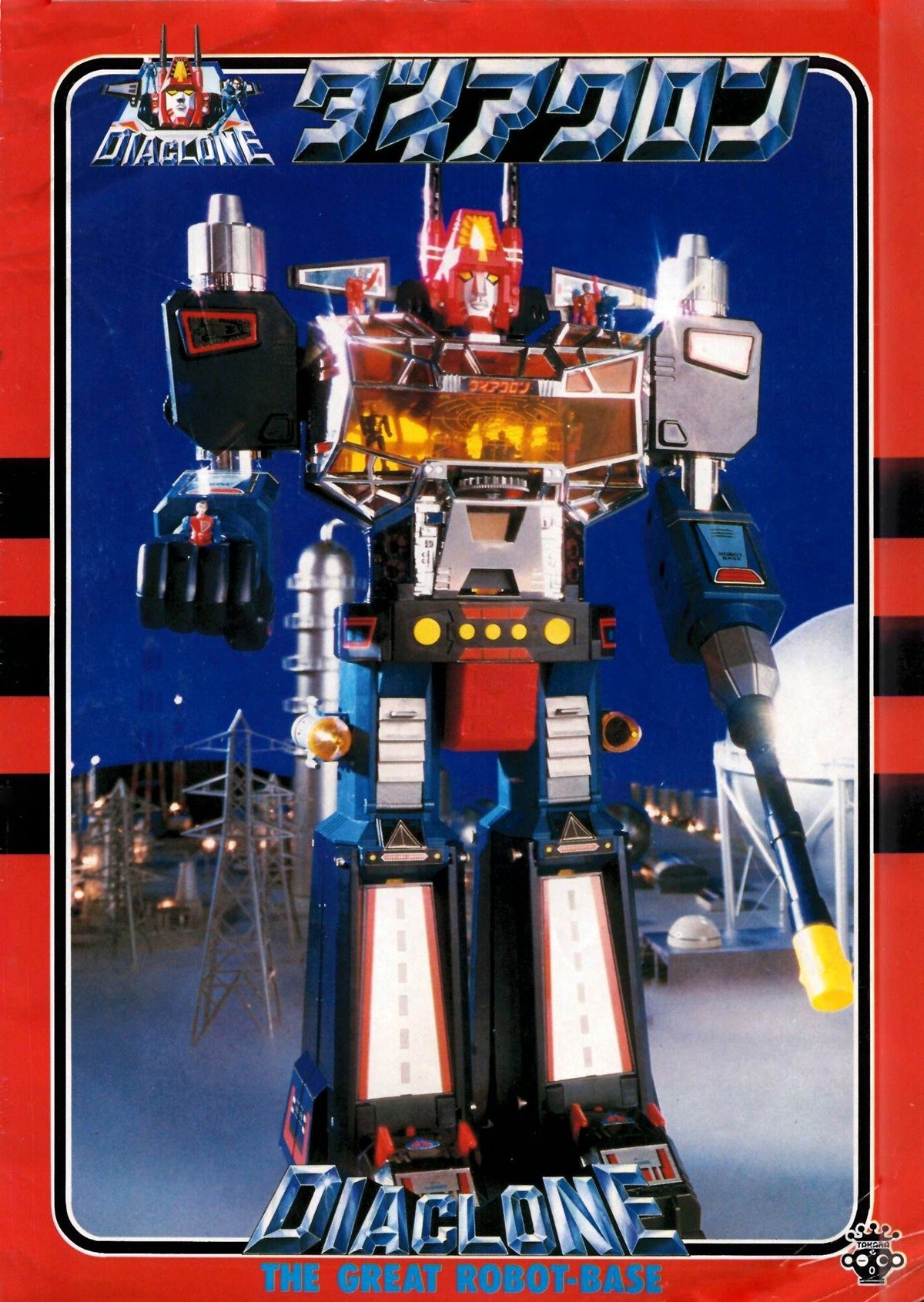 24. They Were Killed Simply To Sell More Toys

By the time ‘The Transformers: The Movie’ was released in between the second and third series of the cartoon, the creators realised that to sell more toys they would have to kill off existing characters. The film kills over a dozen characters from the cartoon series, including Starscream, and of course Optimus Prime. 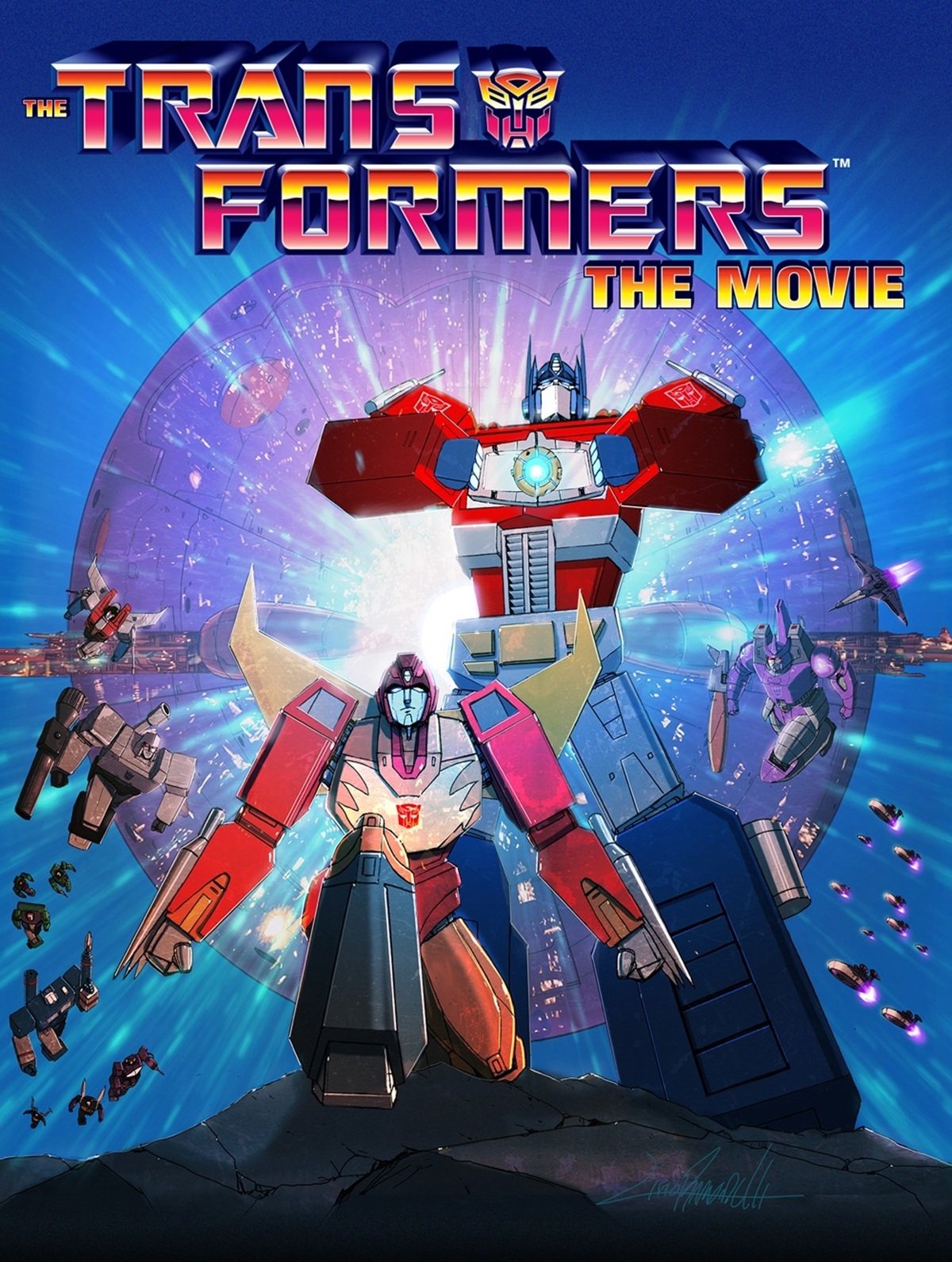 Many assumed that Tonka’s ‘Gobots’ toys were simply a cheap Transformers knock-off, but Tonka released the first batch of Gobots figures in 1983, the year before Hasbro started releasing their Transformers toys. 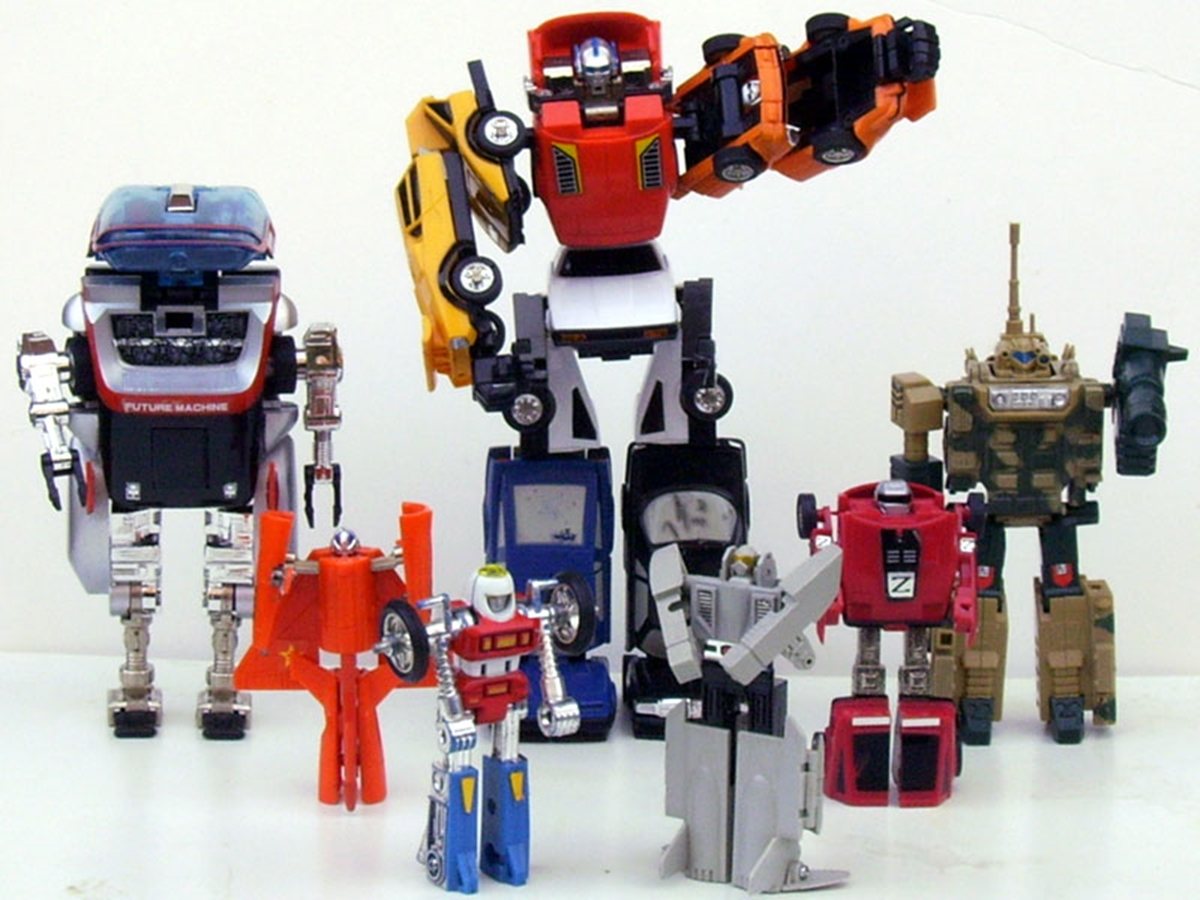 Sadly that’s all for now. If you have enjoyed reading this post, please do spread some lovely, nostalgic toy based memories to your fellow 80s kids by sharing it with them!