25 Animal Facts That Sound Fake But Are True

It’s a weird world out there, especially in the animal kingdom. Deep in the deepest oceans and thicket jungles live some truly fascinating, and quite frankly terrifying creatures. These mystical beings hold surprises that even more interesting than those you find in a Kinder-Egg. But even animals closer to home that we think we know all about still hold some secrets that will make us gasp in wonder.

So without further ado, here are 25 of the most truly interesting and fascinating facts from the animal kingdom… 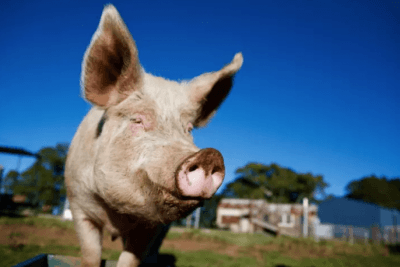 On average, a pig can ejaculate for up to six minutes at a time, but some can last for much longer!

In a 2012 study of “high performance boars”, the average duration of ejaculation was around 6 minutes. But there was considerable variation, with one male apparently yielding semen continuously for 31 minutes. I feel sorry for the lady-pig. 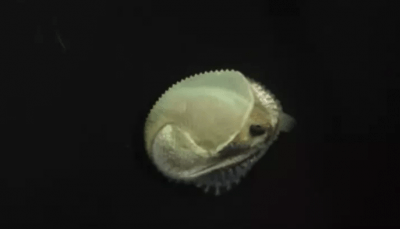 To avoid being eaten by the female, a male argonaut octopus can detach its mating arm and leave it inside the female before swimming away to safety.

It’s all very macabre. It’s also a paradox. Octopuses are some of the most antisocial, unfriendly animals alive. Yet their bodies have evolved in such a way that they must mate in the most intimate way possible.

Another way that a male attempt to mate including disguising themselves as a female and sneaking into the other girl’s den. Sometimes us humans feel like this too.

3. Fake It Until You Make It 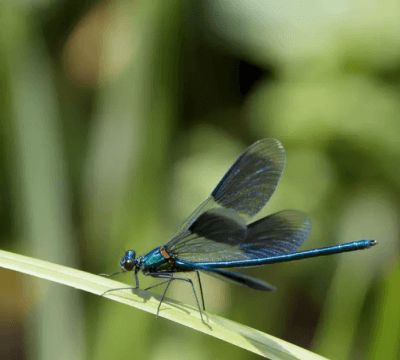 Female Dragonflies will sometimes fake their own death to avoid mating. Scientists have observed that female moorland hawker dragonflies will freeze mid-air, crash to the ground and lie motionless when faces with aggressive males.

4. Smells Good To Me 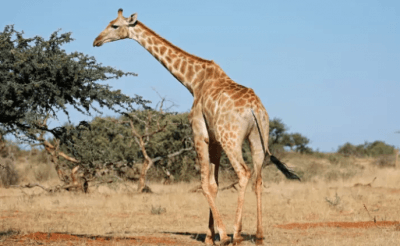 Male giraffes will smell and drink a female giraffe’s urine to see if she is ready to mate.

They will explore a female’s rump and genital area, and if the lady giraffe likes what she sees (wink!) she’ll voluntarily produce urine which he’ll sniff and taste, to see if she’s in estrus. Gross right? We’ll stick to texting.

5. I’ll Challenge You To A Dual 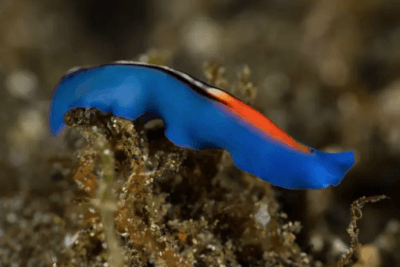 Flatworms contain both the male and female reproductive genitalia, so how do they know which one to use? Well two flatworms will have a ‘penis-fence’ until one has successfully jabbed and inseminated the other.

I guess that’s when you know.

6. Anything For A Cuddle 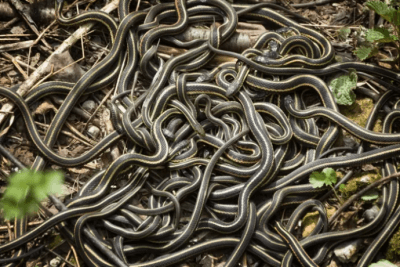 What if two male snakes are both imitating females? What happens then?

7. Sex Is A Deadly Business 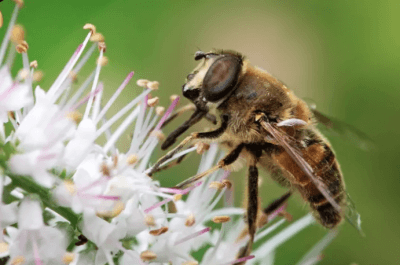 It’s a cruel old world out there! Drone bees die immediately after mating because their penis and abdomen are completely ripped from their bodies during the process.

They are born with only this purpose in life. They do not collect pollen or help incubate eggs, like worker bees—and they can’t even sting anyone. When they are lucky enough to mate with a queen bee, this is the pinnacle of their existence. 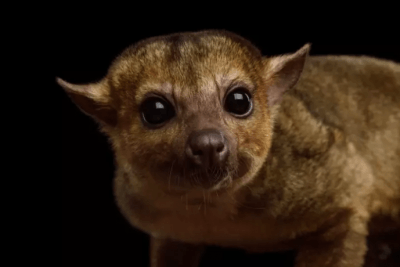 Kinjajous have the ability to rotate their feet, so they can run equally as fast backwards as they can forwards.

Its name means “honey bear,” but it’s not a bear. It’s a carnivore, though it mostly eats fruit. It has a prehensile tail, but it’s not a primate. Curious little thing.

9. My What A Long Tongue You Have 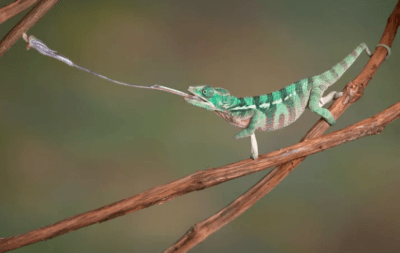 Did you know that a chameleon’s tongue is approximately twice as long as its body.

It’s also impressively fast. If the chameleon’s tongue was a car, it was accelerate from 0-60mph in 1/100th of a second! That’s pure crazy.

10. It’s Not Supposed To Come From There… 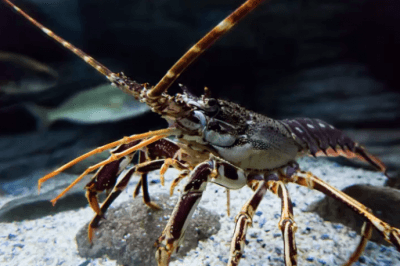 An alpha lobster will assert his status by going and beating up all the other lobsters in the area every night. The females find tis attractive and will cue up outside his lair to mate with him.

11. Does That Mean They Have A Square Shaped… 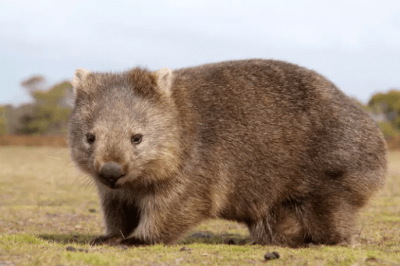 A wombat’s poop is cube shaped, and their digestive process can take anywhere between 14 to 18 days.

The wombat is a highly territorial creature and so it will use its cube-shaped poo to mark its territory and avoid conflict. They poo on the tops of rocks and logs, where they are more easily found by other wombats. The cubed shape of the poo is an advantage as the flat sides of the cubes ensure they do not roll off their precarious locations.

12. King of the Swingers 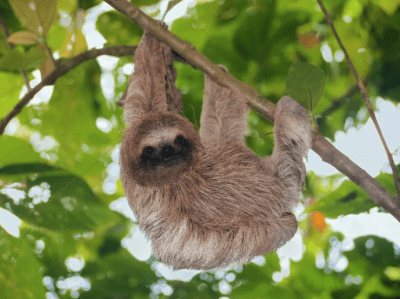 A sloth will spend the majority of its life in a tree and only comes down once a week to go to the toilet.

This takes a lot of time and energy for a sloth, so it is like having to run 5K before you can go to the toilet. 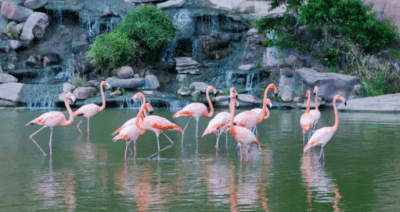 I think this is one of those facts that everyone sort of knows by now. Flamingos aren’t actually born pink.

They turn punk from eating algae, larvae and shrimp on a daily basis.

14. Arm Been Chopped Off? No Problem 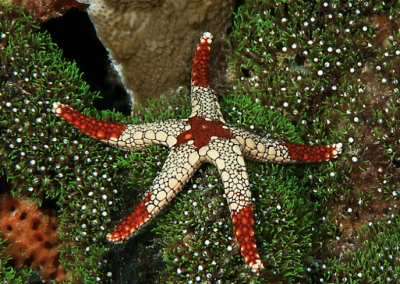 A bit like Doctor Who, Starfish have the ability to regenerate. They can grow back arms that have been severed off in an attack or that they have voluntarily let go of because of protection.

15. That’s Going To Be A Big Dentist Bill 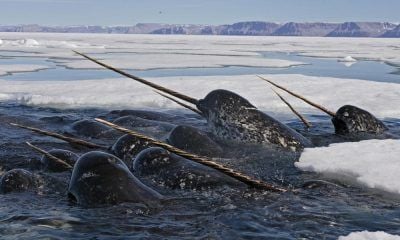 These creatures look like something straight out of a fantasy film, but we can guarantee that they’re real.

They are called Narwals and are distinct for their long ‘horns’ protruding from their head, giving them the nickname ‘unicorns of the sea.’ Well these ‘horns’ are just actually a really long front tooth. 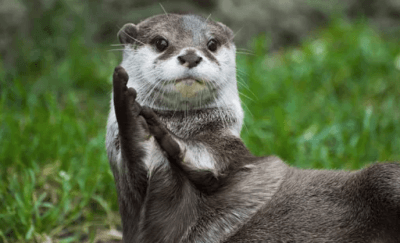 An otter’s poo is called ‘spraint’ and can sometimes smell like violets. Most of the time, however, it smells like fish.

Either way, we don’t want to find out. 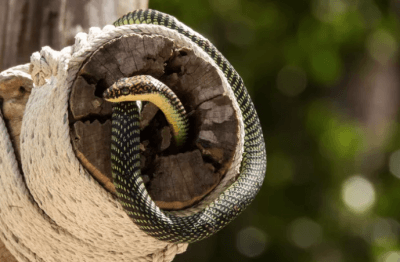 Flying tree snakes can soar as far as 330 feet.

They angle themselves upwards at just the right trajectory and move their body in an ‘S’ motion whilst in the air, generating a flow of wind and helping to propel themselves.

18. No De-Icing For This Fella 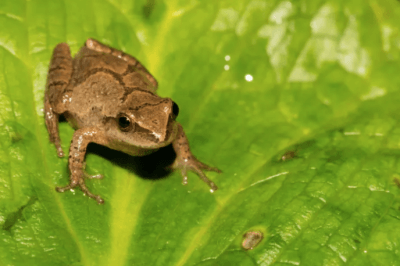 The Spring Peeper grog has its own antifreeze in its body, making it resistant to very cold temperatures. 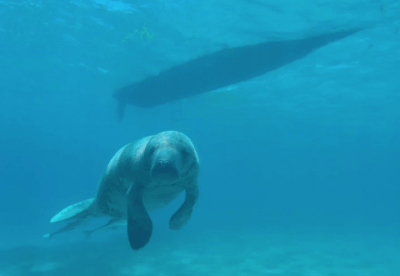 A manatee will use farting as a way of making them less or more buoyant.

They will hold in wind to help them to float and then release it whilst sinking and diving. I wonder if the same would work for us? 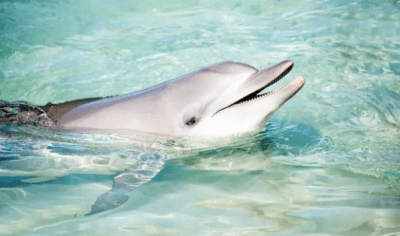 The bottlenose dolphin is able to put half of its brain to sleep whilst the other half remains awake and active.

It’s all to do with sleeping. Us humans have an involuntary method of breathing and can remain breathing whilst we sleep. This is not the case for dolphins, who have to be conscious in order to breath. As such, they never fully shut down all of their brain. 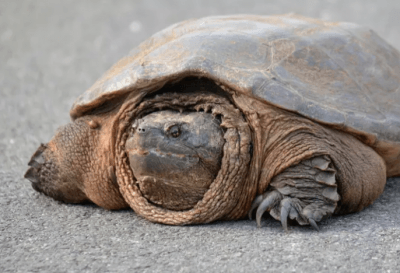 Here’s an interesting one. The white-throated snapping turtle can actually breathe through its anus.

The turtle can extract oxygen from water through its backside via a process called cloacal respiration. 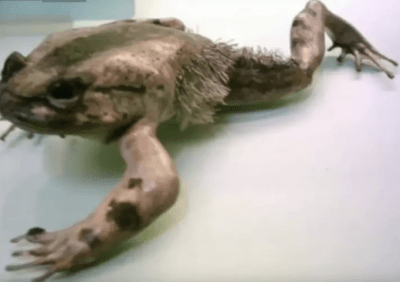 The hairy frog, also known as the horror frog, can break the bones in its front feed to create claws that penetrate the skin.

No wonder it’s called the horror frog, this quite frankly sounds terrifying. 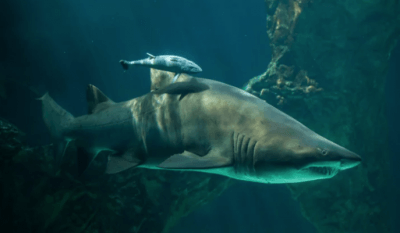 Unborn sand tiger sharked will fight to the death and eat their fellow brothers and sisters inside of their mother’s womb.

This is so that eventually only one baby shark is born. I mean, we know that brothers and sisters sometimes don’t get on but jeez, this takes sibling rivalry to the next level. 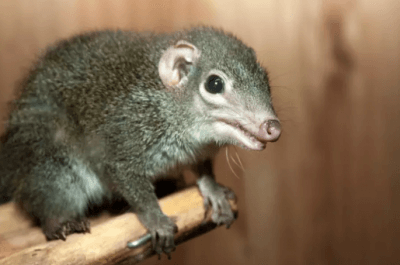 The hog-nosed shrew rat will use its long pubic hair to feel the ground beneath it.

Such hairs may provide the rat with information about the terrain underneath them, for instance, or possibly provide proximity information during the mating process. 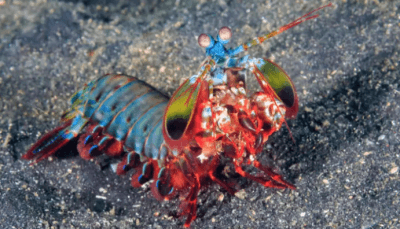 And finally, a peacock mantis shrimp can throw a punch that is equivalent to the speed of a .22 caliber bullet.

They can also see things that we can’t with 16 colour-receptive cones compared to humans, who only have three. This means that they can detect ten times more colour than us, including ultraviolet light.