23 Rare Photos That Reveal An Unseen Side Of Things

There are some things in life that we simply don’t get to see much of, if at all.

Sometimes it is because we simply don’t know that we want to see it, or have never really thought about it.

The inside of a bowling ball for example. It’s not something you really think about when hurling it down a bowling alley.

I guess we also don’t think much about what happens behind the alley either once you’ve got that strike!

But just why are humans attracted to the unusual? Well a 1978 study by Geoffrey Loftus and Norman Mackworth might just hold the answer!

They discovered that people respond quicker to unusual or inappropriate objects in line drawings, such as an octopus instead of a tractor in a farm scene.

People moved theirs eyes an average of 7 degrees to fixate on the unusual objects. However, a study in 1999 seems to counteract this.

A team, led by John Henderson, found that people spotted a microscope in a bar scene no sooner than a cocktail glass in the same location.

Their eyes only moved an average of 3 degrees from where they were looking previously.

Either way, humans seem to be attracted to the unusual and things we haven’t seen before, so look no further, because both are included on our list of twenty-two photos that reveal a side of things you’ve probably never even thought about.

But once you’ve seen them, you’ll be glad that you have. Let’s kick off our list with… 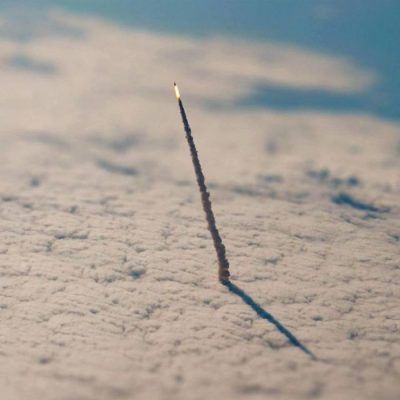 At first, it is difficult to really work out what you’re looking at. Is it something sticking out of a carpet?

It is a really zoomed in hair follicle? It’s actually neither of those things.

The perspective is deceptive (try saying that fast.) This is actually a photo taken by NASA of a satellite launching through the clouds.

The image is strangle peaceful and serene. 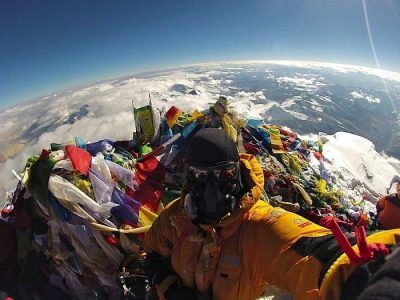 Ever wondered why so many people attempt the climb of the world’s tallest mountain?

Is it to find a serene and snowy landscape waiting for them at the top?

The summit of Everest is actually littered with discarded equipment, prayer flags and dead bodies. Lovely isn’t it? We won’t be booking out tickets any time soon. 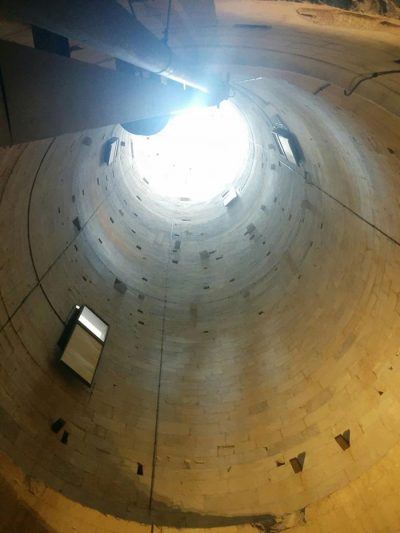 That’s right, the inside of the Tower of Pisa is hollow…there’s nothing in it.

I guess this means that when it eventually falls, there’s nothing to damage other than bricks. 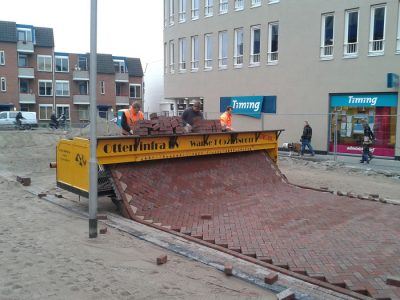 Literally. This is how people in the Netherlands lay brick roads.

It looks so satisfying and so simple. Why isn’t this used everywhere?

I’ve watched videos of this machine at work and I could watch them all day.

You wan’t to see it working too you say? Fine, here’s one I viewed earlier…

5. That’s Not What I Expected… 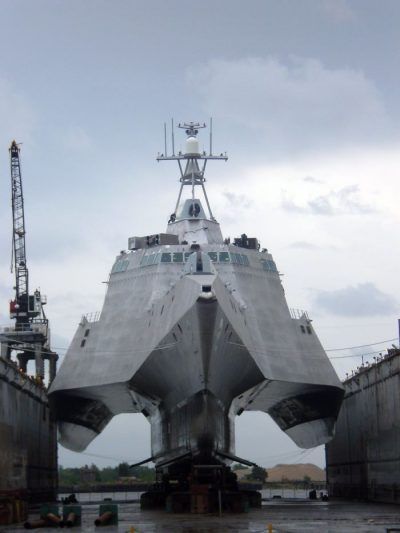 When we think of boats we think of them curving nicely down into the water, gliding through the seas until they hit an iceberg.

But hang on…what’s happened to this boat here?

This is what a modern battleship looks like with no water around it.

I must admit, this looks much more stable that the idea of boats I have in my head.

I cant see this rocking or tipping so much as the other.

6. To Be Done When Deceased 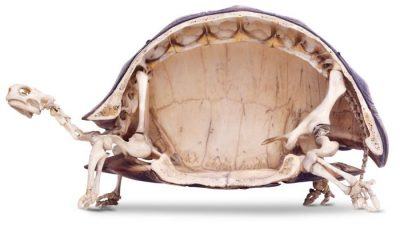 We wouldn’t recommend trying this at home with your pet tortoise.

When cut in half, a tortoise skeleton looks strangely beautiful.

We would leave this one to a taxidermist if we were you.

7. Put Your Money Where Your Safe Is 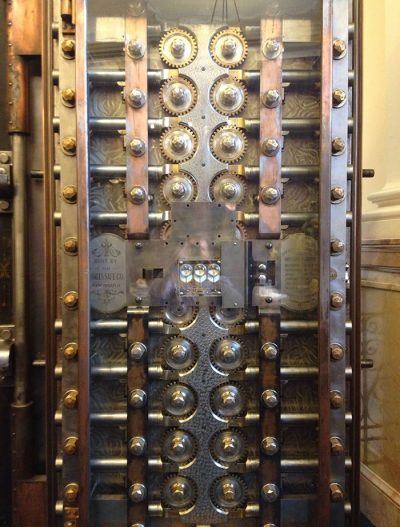 This is what the inside of a vault door in a bank from the 1800s looks like.

The mechanism looks like a beautiful piece of art, how intricate it is put together.

I bet when the clogs turn and click it makes a beautiful sound.

Sadly I don’t have a video of that, but I’d love to see! 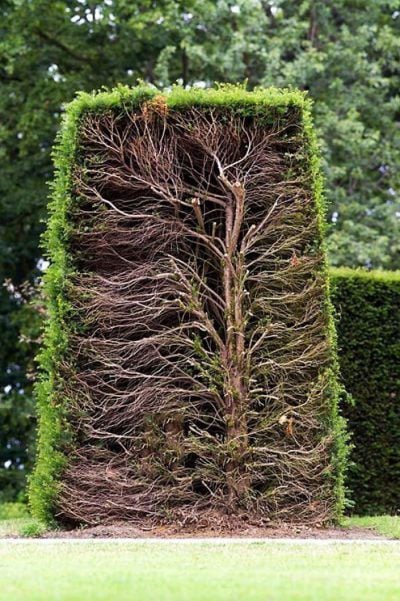 Many of these fascinating photos include everyday things that are cut in half.

Well if you ever wondered what the inside of a hedge looked like, wonder no more.

These webs of branches look almost like veins…a complex web of bush-perfection. And talking of veins… 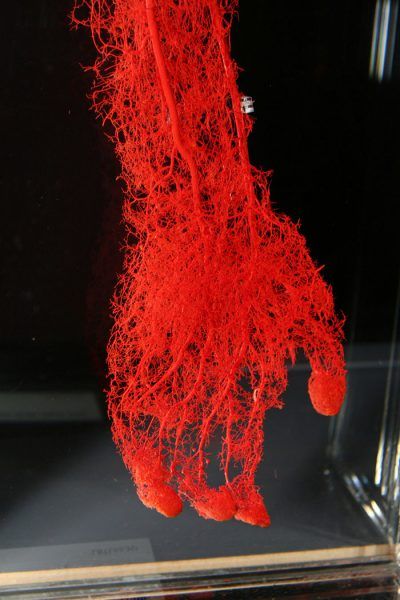 Well sorry to inform you that it isn’t, but we do appreciate you being here!

This is what the vein system in the hand looks like.

Nothing how there’s loads in the fingertips!

With all this typing, mine are getting all the exercise they need. 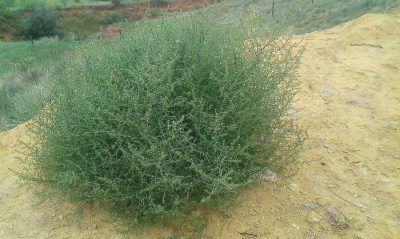 This is what Tumbleweed looks like before it dries out and roams the land…perfect for awkward silences everywhere.

They definitely look prettier when they’re green and alive looking.

11. Having A Flipping Good Time 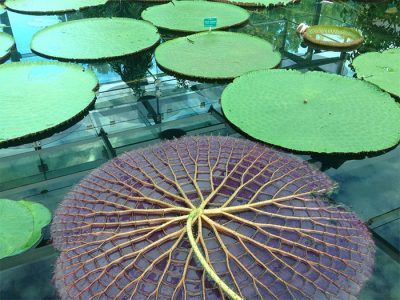 This is what the underside of a lily pad looks like when it has been flipped over.

Isn’t it odd how the backside of something can look so beautiful.

The same cannot be said for most other things unfortunately. The front is definitely more appealing.

12. Half As Round, Twice As Beautiful 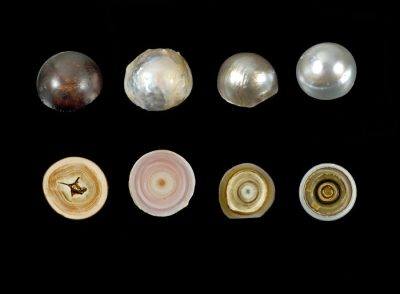 Pearls are formed when a bit of grit becomes lodged within an oyster and they form a protective shell around it to stop it damaging anything.

The result is a truly stunning pearl…a sought after piece of jewellery.

But when chops in half, the intricacies of these layers come to light and they seem twice as beautiful as before.

Again, not all things that are chopped in half are beautiful so don’t try it at home kids. 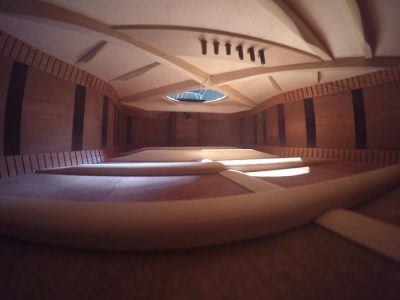 Swanky apartment? Some kinds of sports hall? Nope. This is actually the inside of a guitar.

To be honest, I would be quite happy sticking some furniture in there and moving in straight away. It may be a small space, but it’s a beautiful one!

14. Some Sort Of Time Machine Right? 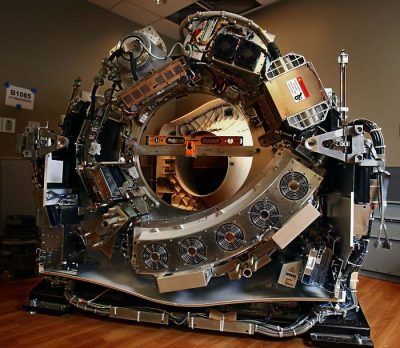 Talking of looking on the inside, here is what a CT scanner looks like without its cover on.

If you thought the inside of the bank vault door looked complicated, it has nothing on this jigsaw of a machine.

We wouldn’t even begin thinking about how to put this together. The instruction manual would take a week to read. 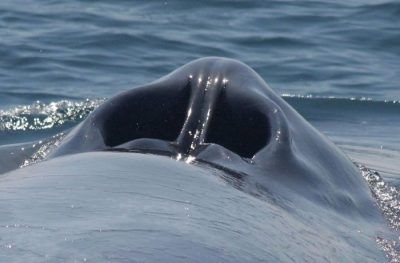 Yes it sure is! This thing right here that looks like a nose is actually the blowhole of the blue whale.

I mean, it looks like you could just slip right into one of those…they’re huge.

Remind us not to get too near a blue whale when it’s about to blow.

16. Ever Wondered How They Install Pylons? 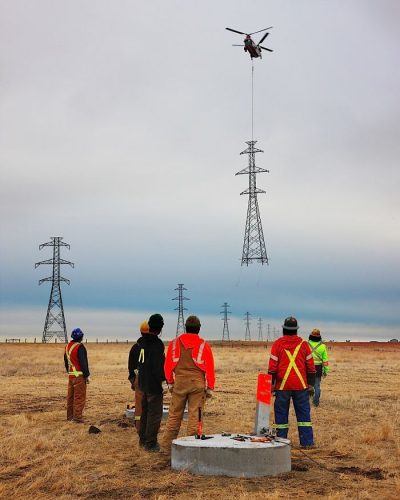 They fly them in of course! Yes, helicopters are used to still electric pylons. It makes sense doesn’t it?

We wouldn’t want to be stood underneath one of these things when they were flying over, however.

I’m sure the cables are secure and all, but I wouldn’t want to take the risk.

17. This Will Make You Artichoke 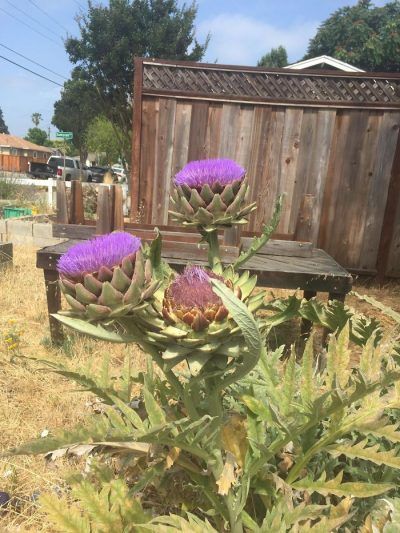 They can be grilled, put in salads, made into soup…you name it, you could probably do it with an artichoke.

But did you know that an artichoke is actually a type of thistle?

This is what artichokes look like if they are not cultivated and left to flower.

I would rather eat them to be fair. 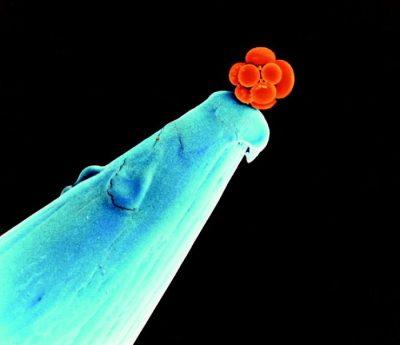 It blows my mind that something as small as this speck can multiply and grow into an independent creature over a million times its size that is self aware enough to look at a picture of its own past and have its mind blown. 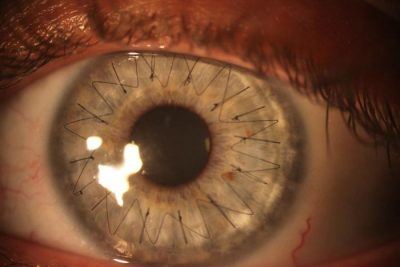 I’m usually pretty squeamish when it comes to things touching my eye, but for some reason this photo of a transplanted cornea doesn’t bother me at all.

In fact I’m more fascinated by the beauty of how it’s been sewn on. It look beautiful. 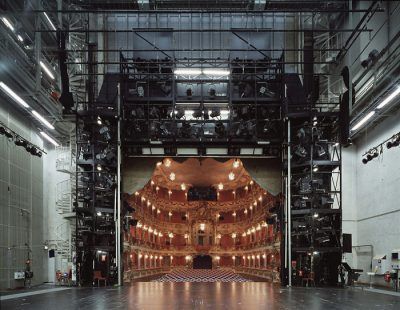 This is what is looks like from the back stage of a theatre.

This is where you would be waiting, patiently waiting to hear the line that queues you on stage.

And if you miss your queue, don’t worry.

Some of the best theatre happens when it’s improvised.

21. Is Everything Running Smoothly? 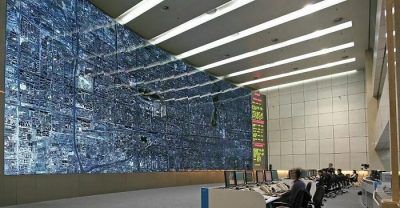 This is the traffic control room in Beijing.

Imagine having to control the traffic in one of the world’s biggest cities.

Driving in it is stressful enough, so we can’t imagine what it’s like working in here.

At least you could make your own journey home a bit smoother. 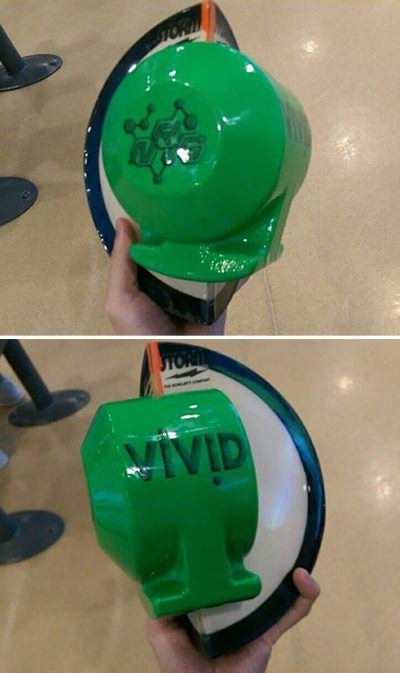 We promised at the beginning that we’d show you the inside of a bowling ball, and we’re sticking to it!

Here’s what it looks like when it’s split open.

We imagine that the thing in the middle is weighted to help it roll.

But what happens when you get that lucky strike? What pulls the pinks up and down?… 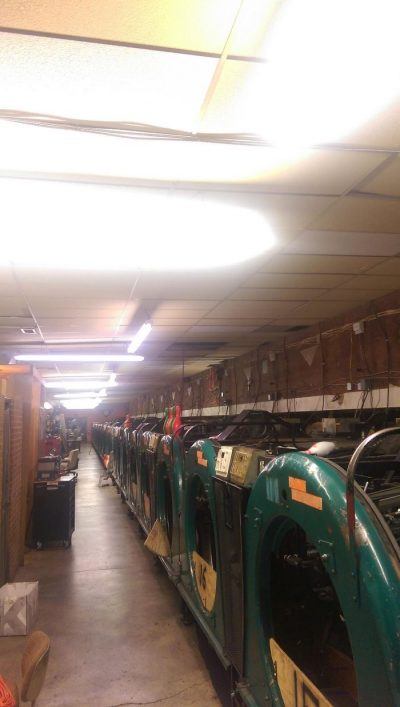 Well here’s the back of a bowling alley.

It’s not something you’d usually see, and that’s why we’re here to give you this rare opportunity.

So there you have it folks!

They’re not things you probably thought about, but now you’ve seen them, you’re more the wiser for it.