20+ Things You Probably Missed in Titanic!

We hope this doesn’t make you feel old but Titanic was released over 20 years ago! The classic produced by James Cameron was first released December 19 1997 and by the end of the same weekend theatres were selling out! The film went on to smash box office records worldwide. 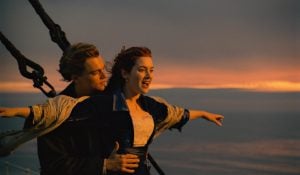 Who can forget the endless iconic scenes between Jack and Rose, from the “I’m flying Jack!” moment at the front of the ship to the steamy scenes of Leo drawing Rose wearing nothing but the Heart of the Ocean. Let’s take a look at some lesser known facts and interesting things you may have missed the first (or second!) time you saw the movie.

28. Kate Winslet and Leonardo DiCaprio were not first choice for lead roles! 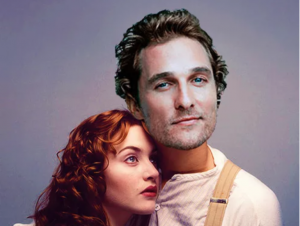 Rumour has it that Gwyneth Paltrow and Matthew McConaughey were reportedly in talks to star before things fell through. When asked about the preferred actors James Cameron replied “I just don’t think that’s cool to talk about actors that either chose not to do it, or were unavailable, or stupidly decided that there wasn’t enough meat on the bone of the character, or whatever it was.”
27. Lindsay Lohan Almost had a part 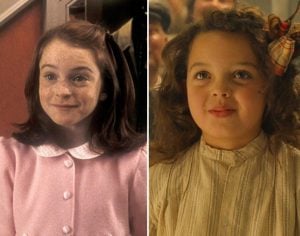 We remember her from The Parent Trap but could you have imagined her in Titanic!? The star was just 8 years at old at the time, she was really close to landing the part but unfortunately Cameron thought her red hair made her look too similar to Rose. Such a shame! We would have loved to see her star in the movie!

Most films are long gone from the cinema screens by the time they are released on VHS. Titanic was so popular at the time of its release that it shocked film critics across the world. Titanic holds a unique record – the film was released in cinemas Dec 1997 and was still showing in cinemas when it had been released on VHS nearly a year later!

It’s like an elaborate game of hide and seek! Jack and Rose are constantly searching for each other throughout the film, so much so that Jack calls “Rose” 50 times in the film!

23. The cast got spiked while on set! 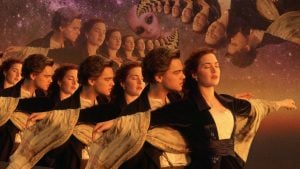 You’d think you would be safe from being spiked while shooting a movie but on the final night of filming one or more pranksters mixed PCP into the food that was being served to the cast and crew, shortly after people were laughing, crying, throwing up and some were even hallucinating! 80 people ended up having to be rushed to hospital and the culprit was never caught! 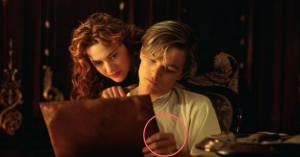 During the famous steamy scene when Jack draws Rose Leonardo had to take a back seat for someone with a better artistic eye. The hands you see in the drawing scenes are actually James Cameron! 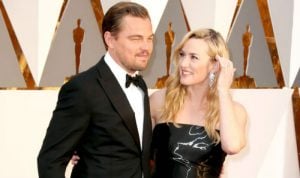 Titanic was nominated for 14 Academy awards, it tied with All About Eve (1950) for the most Oscar nominations and won 11! Titanic was also the world’s first film to reach the billion-dollar mark with a worldwide gross of $1.84 billion. 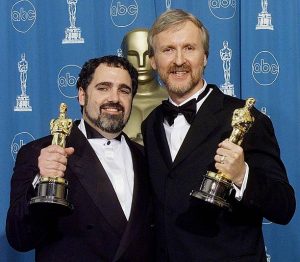 In 2012 a 3D version of Titanic was released which earned it an additional $343.6 million worldwide. The revenue from the 3D release pushed the films worldwide gross to $2.18 billion making it the second film to gross more than $2 billion worldwide along with James Cameron’s other classic Avatar.

18. “Romeo and Juliet on the Titanic” 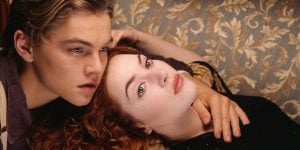 After writing the script for Titanic, Cameron met with 20th Century Fox executives and pitched it as a “Romeo and Juliet on the Titanic”. Some of the executives including Peter Chernin weren’t too keen on the idea James Cameron stated that he…

… was met with “Ooooohkaaaaaayyy – a three-hour romantic epic? Sure that’s what we want. Is there a little bit of Terminator in that? Any Harrier jets, shoot-outs, or car chases?’ if only they knew then that the film would be such a hit!

17. Leonardo DiCaprio had some competition 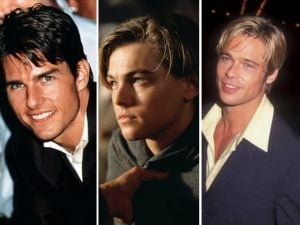 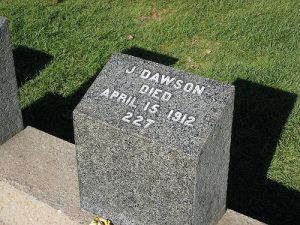 The 121 victims from that tragic night on The Titanic are buried in Fairview Cemetery in Halifax, Nova Scotia. Among the tombstones there is a grave labelled “J.Dawson”. The grave belongs to Joseph Dawson whos job it was to shovel coal into the bowels of the ship. When questioned about the origins of Leonardo DiCaprio’s character, producer Jon Landau stated “it wanst until after the movie came out that we found out that there was a J. Dawson gravestone” 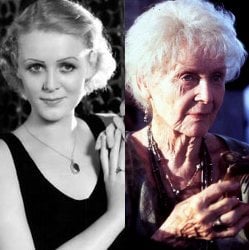 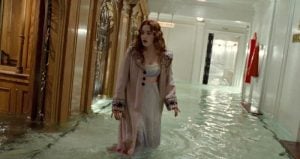 I bet you didn’t catch this one! To make Rose look more vulnerable during the sinking scenes James Cameron switched her size 4 gown to one twice the size. 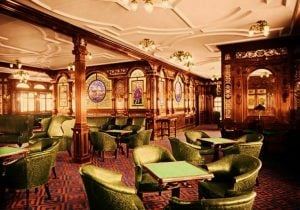 Everything from carpeting, upholstery, individual pieces of furniture, light fixtures, chairs, cutlery and crockery with the White Star Line crest on each piece were recreated according to photographs and plans of the original designs. 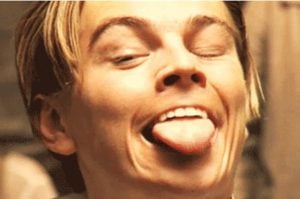 We all know how it feels to be slugging out a 50hour work week. During one long 14hr day filming during the famous party scene, Leonardo reportedly leaned to Kathy Bates and while pointing to the cutlery asked “Which one of these do I use to lobotomize myself?”…

Vanity Fair 1998 also had an article quoting him to be less than thrilled on another occasion “[DiCaprio} was sick of the brown land, the mariachi merriment, and Cameron’s big tub.” So one day “he ambled over to the set, took a look at the four soundstages, the 17-million-gallon water tank, the smokestacks rising majestically against the sky, the hordes of extras running around in period clothes – and thought. ‘This is bullsh*t.” 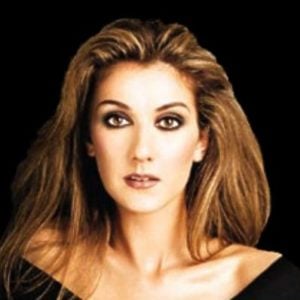 We nearly didn’t have the classic song by Celine Dion! Originally Cameron didn’t want any music on the film, it was only when composed Horner arranged in secret to have lyricist Will Jennings and Celine Dion to write My Heart Will Go On.

10. The extras even got stories too 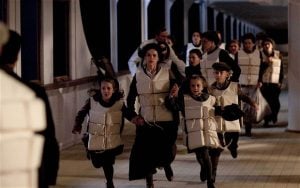 Cameron was very thorough with the extras as Billy Zane recalls. “One night toward the climax – it was 0430 – and the ship was dipping into the very chilly Pacific waters, and 2,000 people are scrambling toward the stern, [Cameron] yells, ‘Cut!’” Billy Zane, who played Cal continues…

.. “[Cameron] climbs onto the deck from the crane basket swinging him around with the sky cam, goes up to an extra, who’s this old lady, and says, ‘ You’re not just running. You need to go down to the sea deck because your daughter told you she forgot something very dear, her wedding ring, and she’s going down there and you gave her five minutes, and she’s taken 10, and you regret making that choice.’ Giving backstories to the extras like this sparked a wildfire in all the other extras and made the scene so much more dramatic!

9. Where does Macy’s department store come into it!? 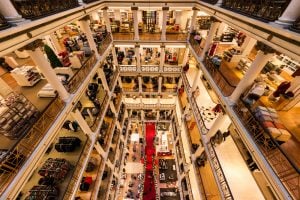 Did you know that the scene with the elderly couple who lie in bed as water floods the rooms was a tribute to Ida and Isidor Strauss, the owner of Macy’s department store , who died on the Titanic.

8. Because Cameron said so! 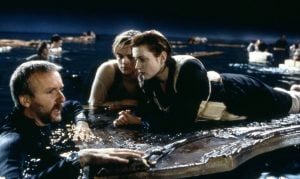 The famous door scene debate: After we watch Jack breath his last breath and sink to the bottom of the ocean so many questions are asked – there was room for the two of them why didn’t Rose just budge over? Or why didn’t they just take turns floating on it? James Cameron provided the answer for us all: “Look, it’s very, very simple: you read page 147 of the script and it says, ‘Jack gets off the board and gives his place to her so that she can survive.’ It’s that simple.” If James Cameron say’s so then it shall be! 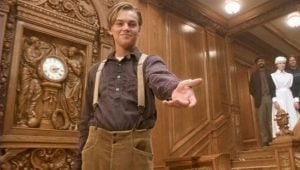 There’s lots of little hidden details throughout the film – When Rose and Jack meet at the staircase in the final scene the clock marks 0220am which is the exact time when the Titanic sunk! 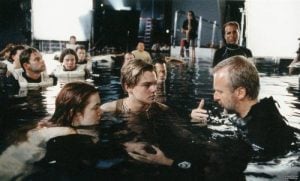 Who would have guessed it? All of those terrifying scenes were actually filmed in a swimming pool! James Cameron even requested the swimming pool to be heated to make the long days of filming in the water much easier. 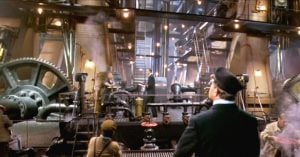 Leo has been know to improvise in many films but one of his most famous cases was in the Titanic. Did you know that after boarding the Titanic when Jack screams “I’m the king of the world!” from the front of the…

…boat it was completely improvised! And that wasn’t the only time he improvised some lines. During the scene where Kate Winslet strips for him, Leo must have been a little flustered as he was suppose to say ‘On the couch’ but he mistakenly said “bed”. James Cameron decided to keep the mistake in the film!

3. The Famous drawing was sold for thousands $$$ 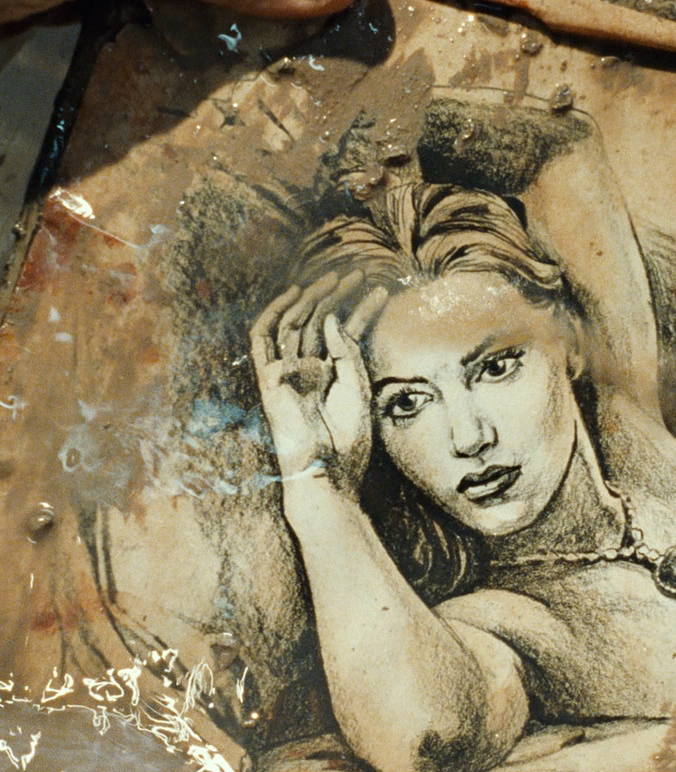 What an awesome bit of movie memorabilia to own! In 2011 a company called Premiere Props auctioned the iconic image of naked Rose wearing nothing but the Heart of the Ocean necklace. The highest known bid for the auction was $16,000 however the actual winner of the auction was never released. 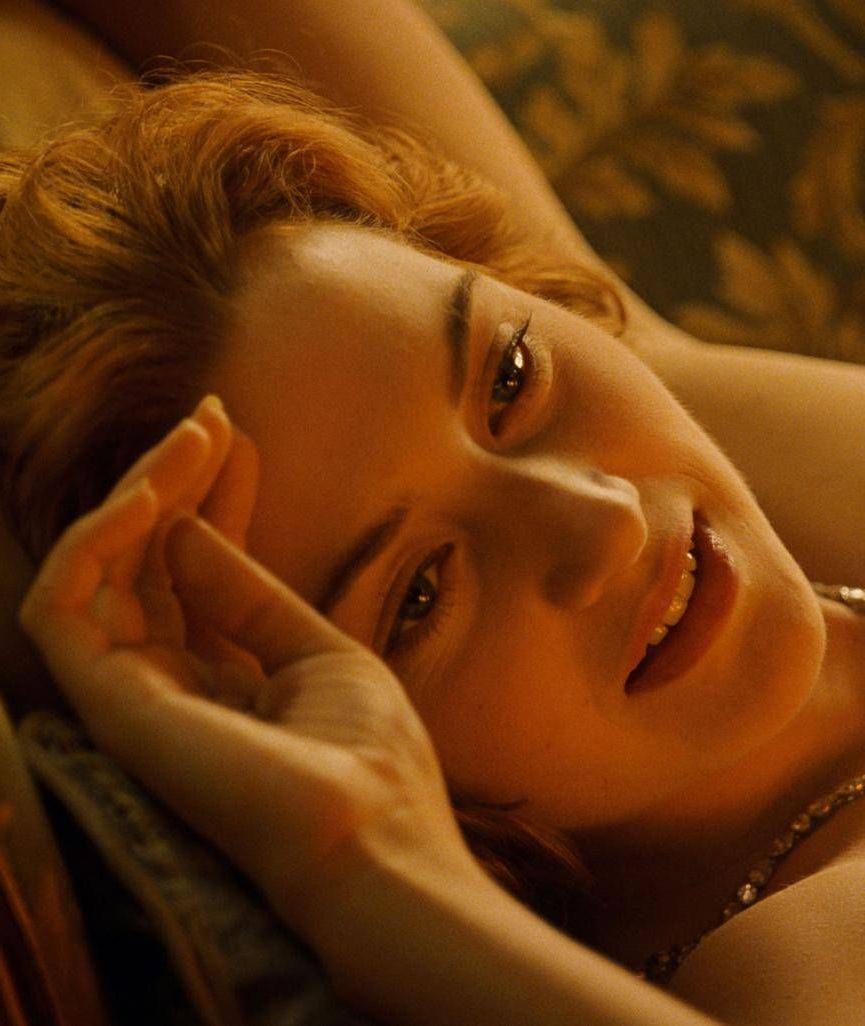 There was a hell of a lot of raunchy scenes between Rose and Jack in the film from kissing and stripping to love making. But did you know that Kate and Leo had never met before the film? Kate decided the best way to break the ice when she first met him would be to flash Leo!

After an episode of Mythbusters proved that 2 people could actually float on a door, James Cameron had to come clean! There were so many questions after the scene when Jack slipped into the depths of the… pool. James Cameron answered them bluntly…


– “If [Jack] lives, the movie make a tenth as much”. We all knew it and it’s hard to get over it but good movies are meant to play with our emotions, that’s why we love them!